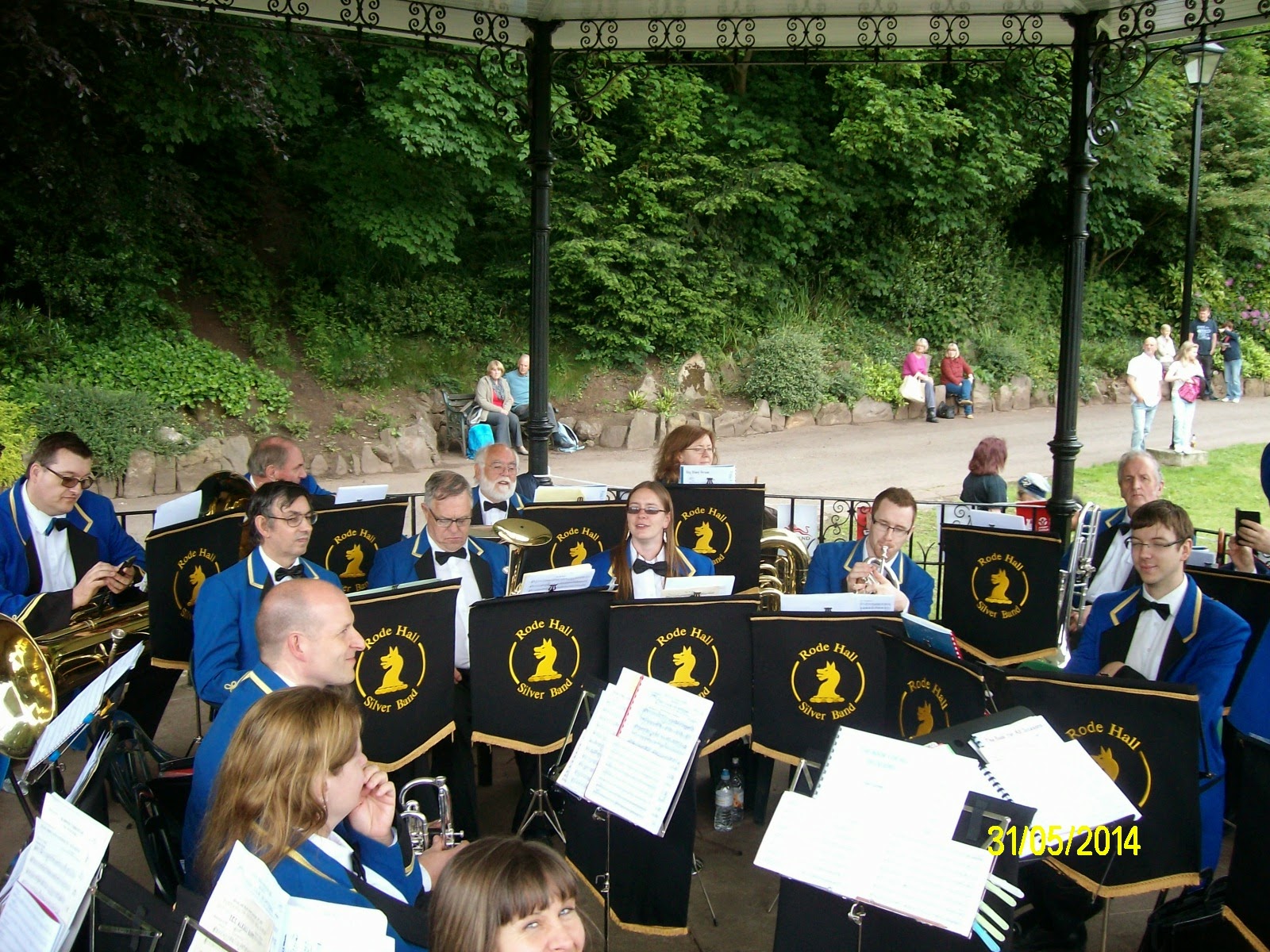 The Band waits patiently for the Baton Relay to arrive 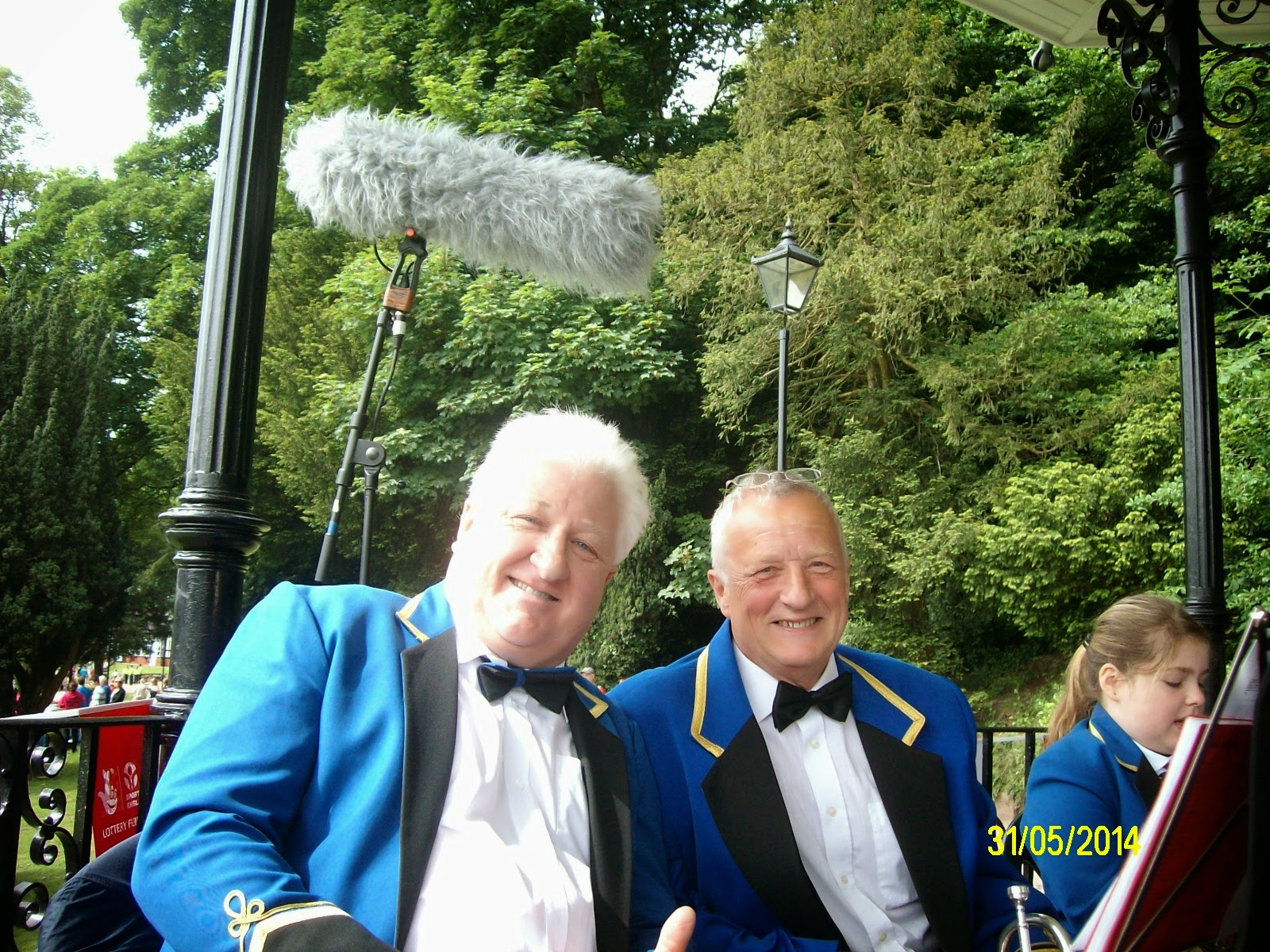 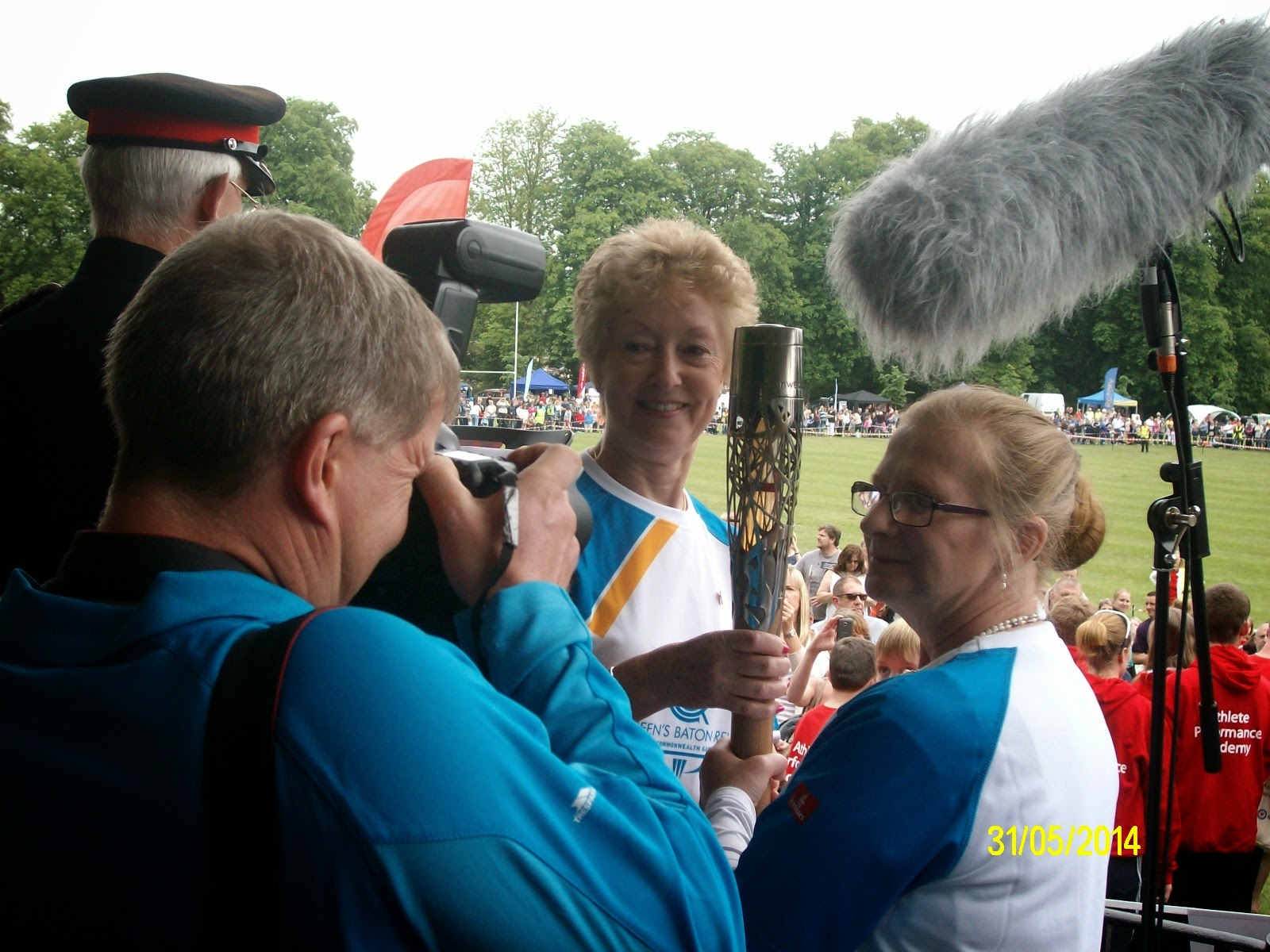 Baton Bearers Ann Brightwell and Jane Wetnall
Ann (perhaps better known as Ann Packer) amazed us at the 1984 Tokyo Games by being the first female Brit to win a Gold Medal in the 800m. Ann lives in Congleton and supports a range of community sports.
Jane is the local co-founder of the Cheshire Academy in Crewe for Disability Sports and was honoured with a MBE this year.
﻿ 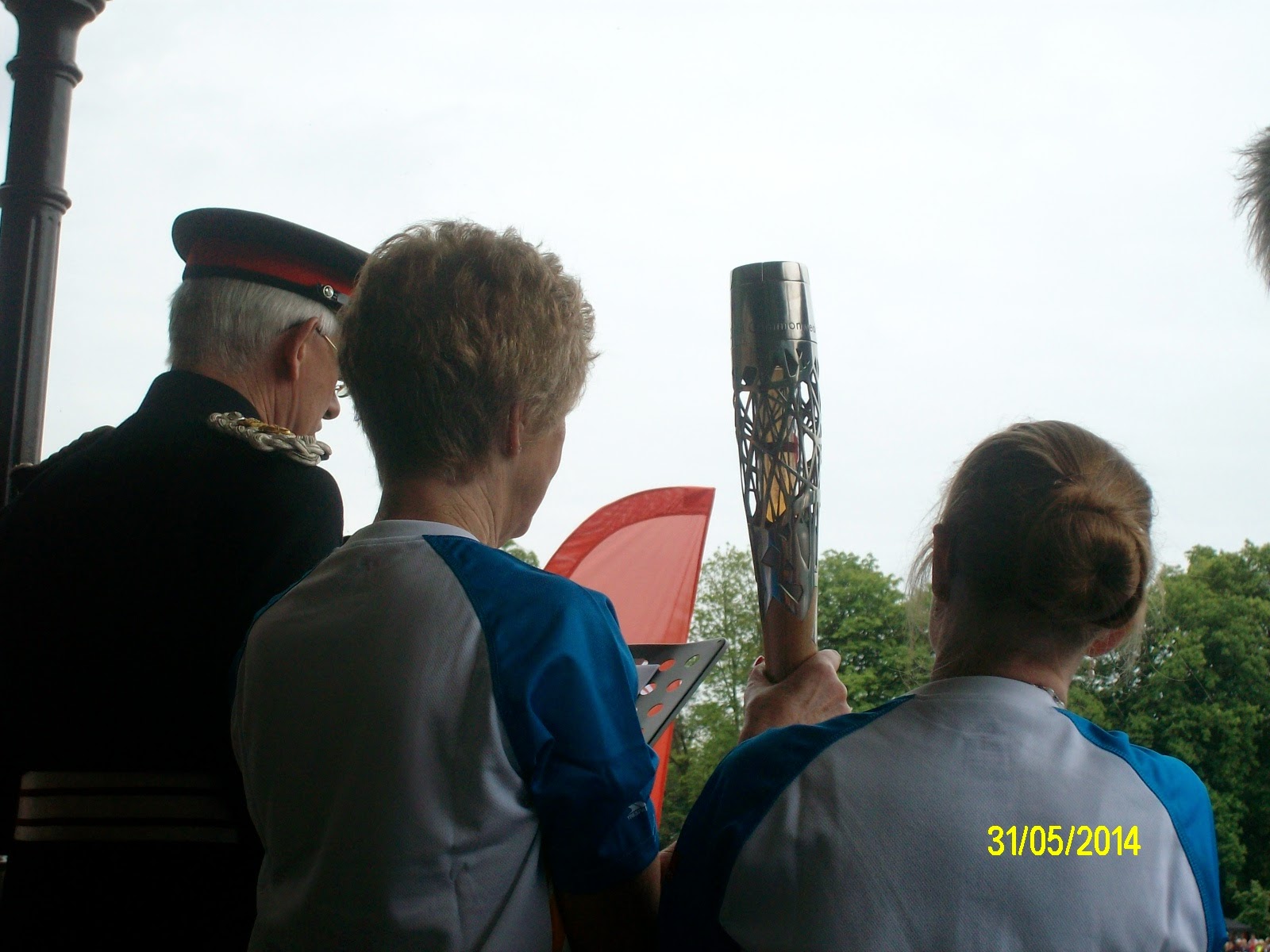 Here, the Baton is shown to the many thousands in the crowd with a speech by the Lord-Lieutenant of Cheshire, David Briggs
Posted by Unknown at 02:18