The cold and snowy weather has given us walkers an opportunity to get up above the snowline and brave the icy cold winds and snow.

Featured here are a walk with the Audlem Village Ramblers to the area east of Church Stretton in Shropshire. In mid January I led a 10.9 mile route from the village of Cardington climbing the ridges of The Lawley, Caer Caradoc and the Willston Rocks, ascending a total of 2870ft. 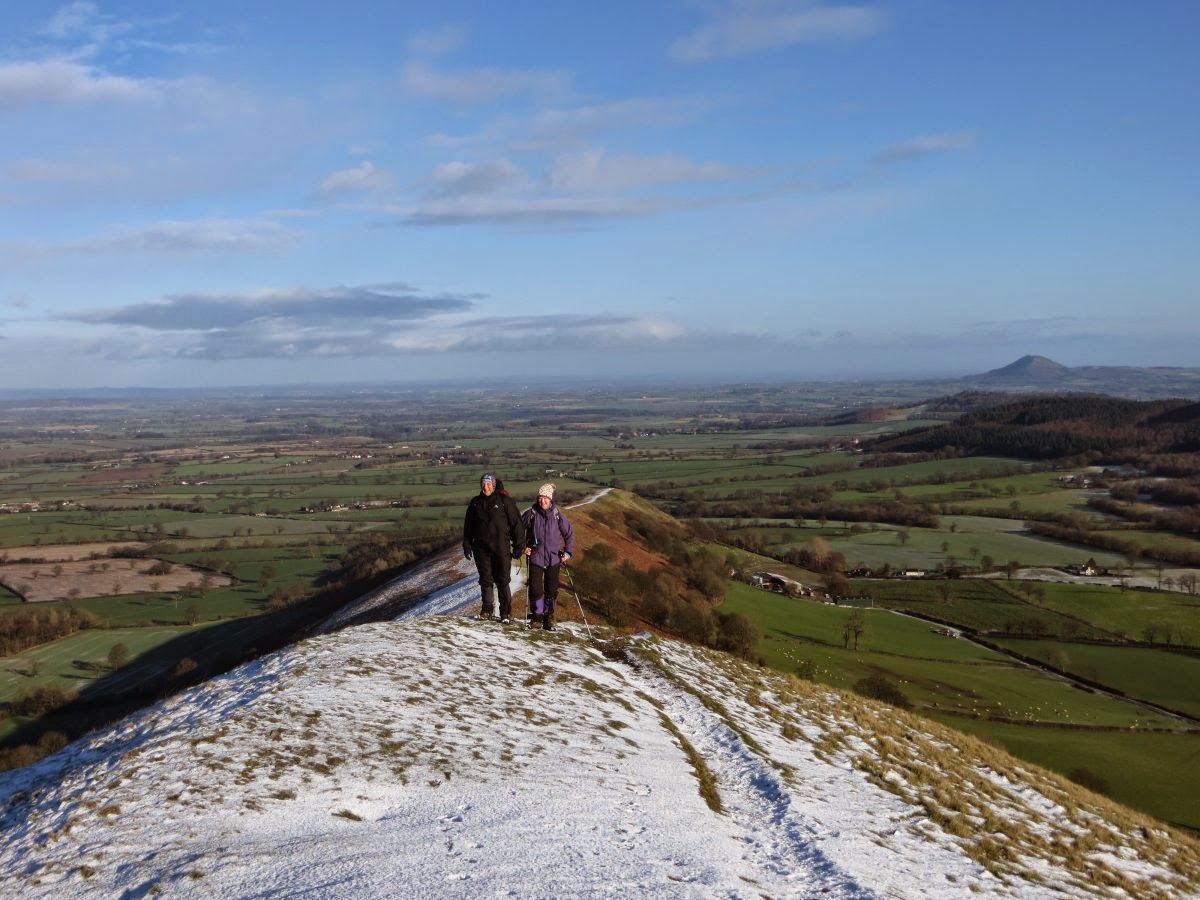 Climbing The Lawley with the Wrekin in the distance 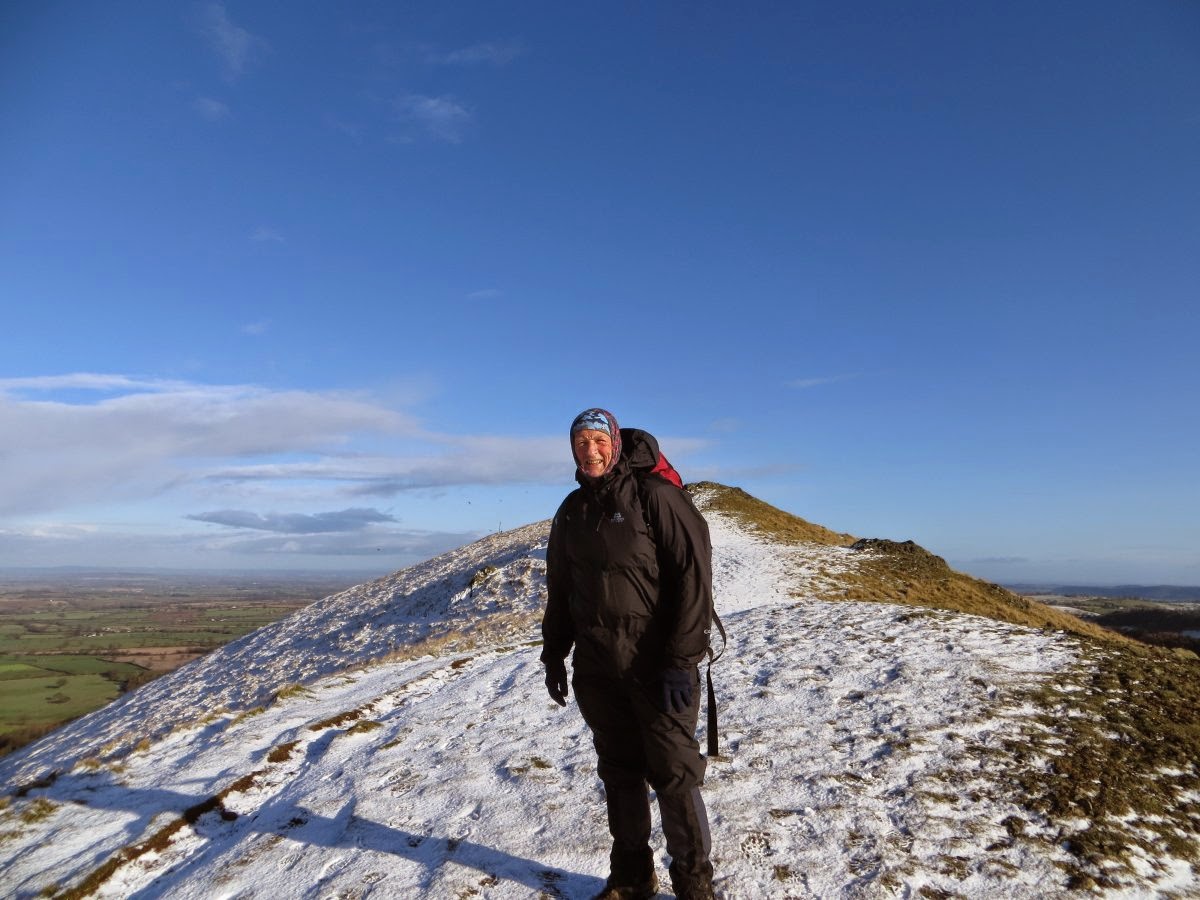 On top of The Lawley 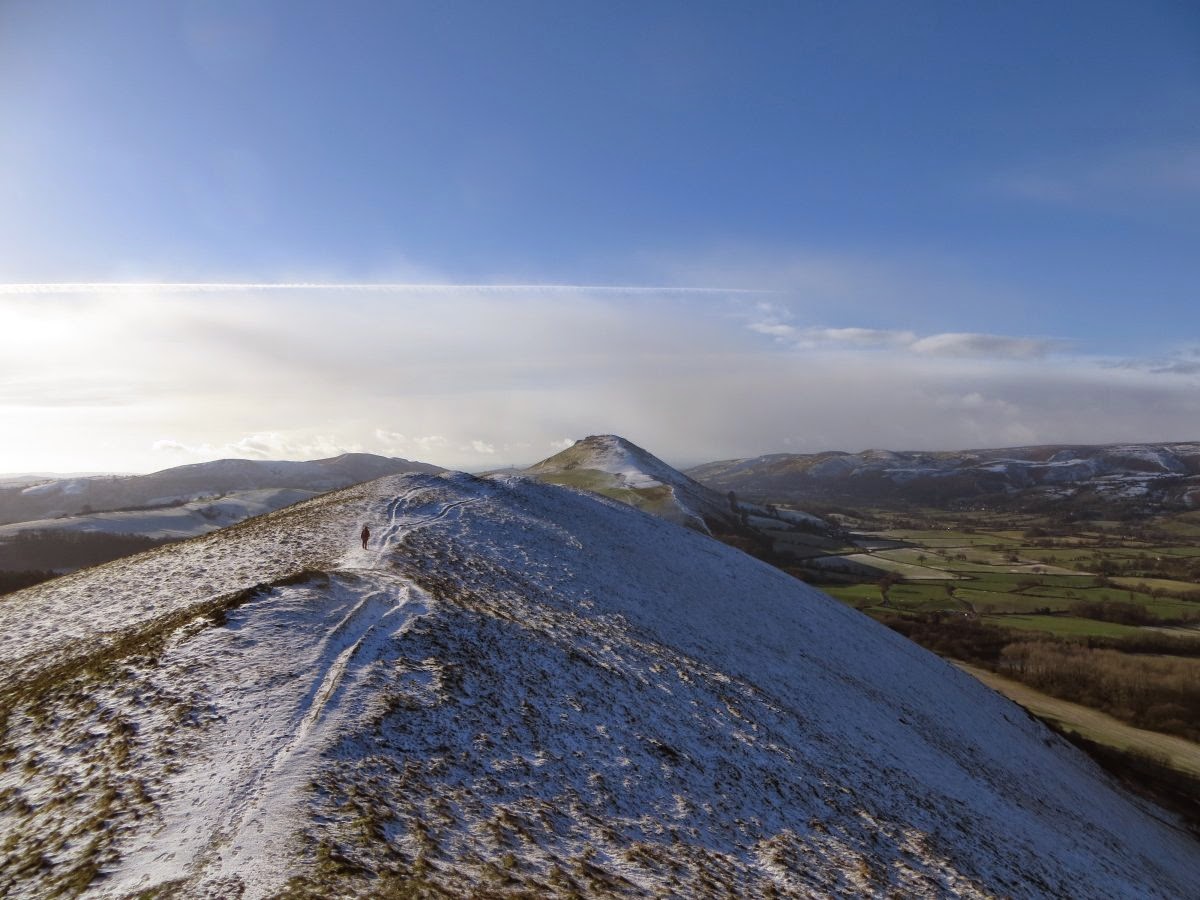 A view south from The Lawley to Caer Caradoc 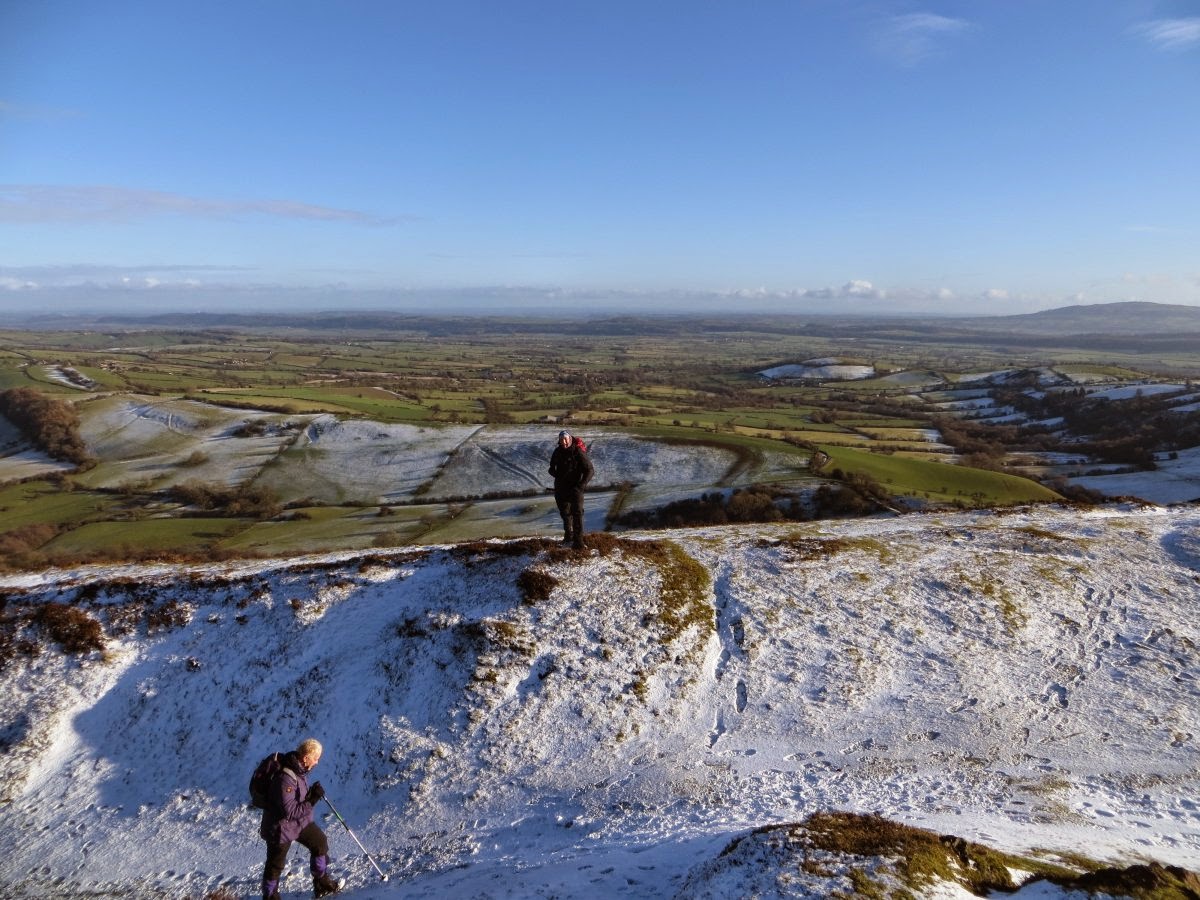 At the Hill Fort moat on Caer Caradoc 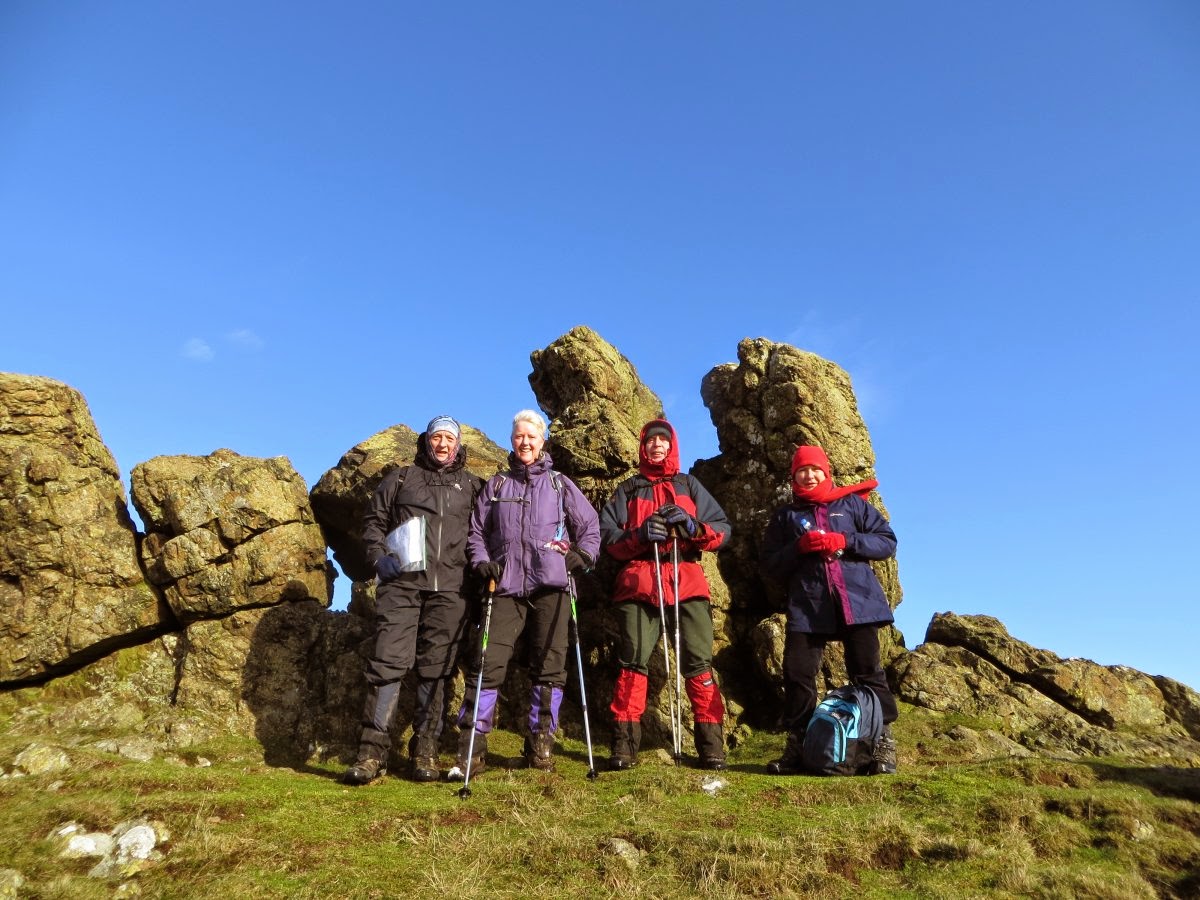 At the aptly named 3-Finger Rock
Later in the month, I led a hardy group from the North and Mid Cheshire Ramblers up through Langley, near Macclesfield through the Macclesfield Forest onto Shutlingsloe.
It had snowed heavily the day before and we had the paths and snow to ourselves - and the blizzards.
We covered 12 miles and climbed 2750 feet - quite tough going given the conditions - getting back to enjoy a real ale and coal fire in the welcoming Church House Inn at Sutton Lane Ends. 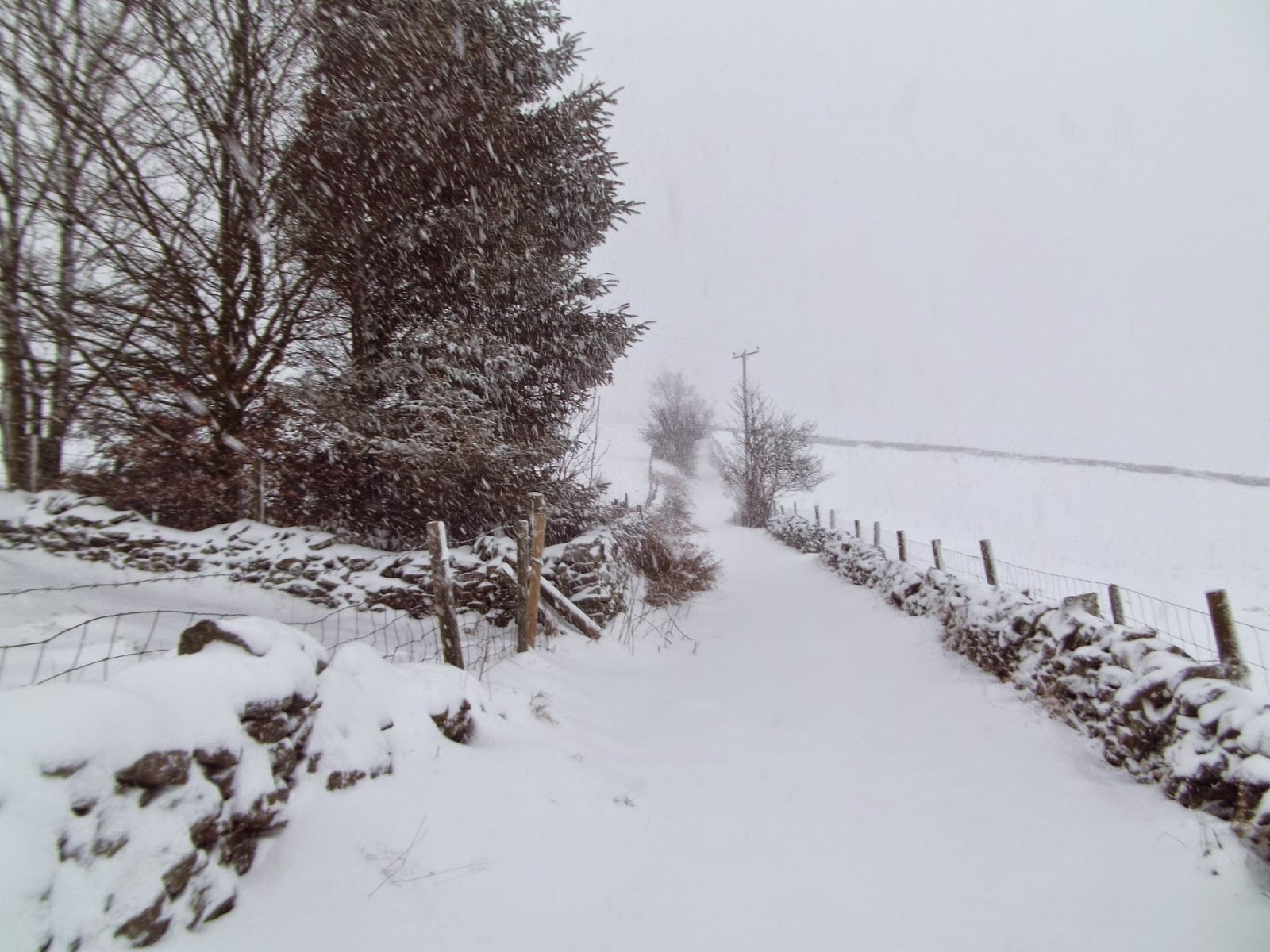 Walking up the green lanes 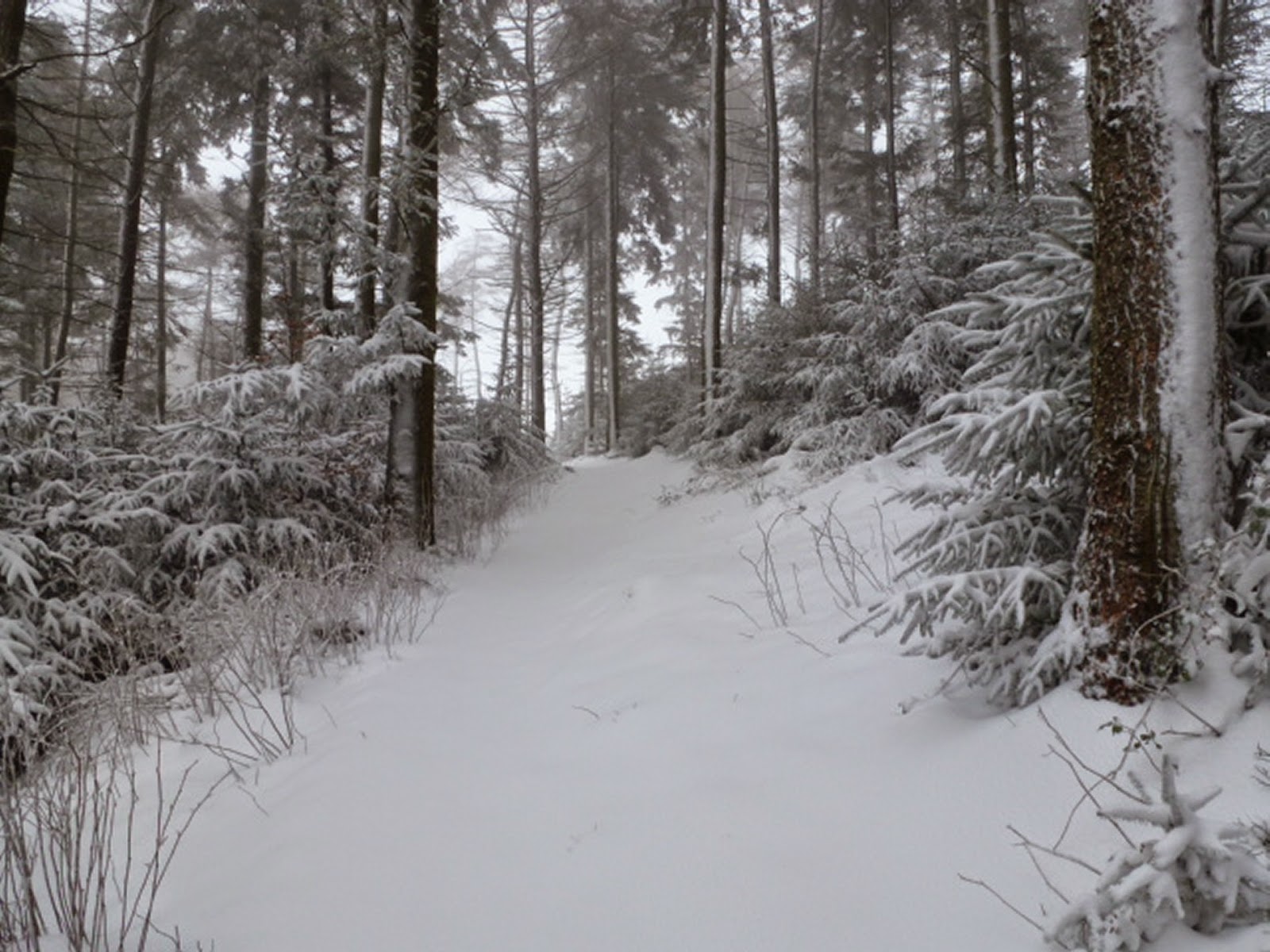 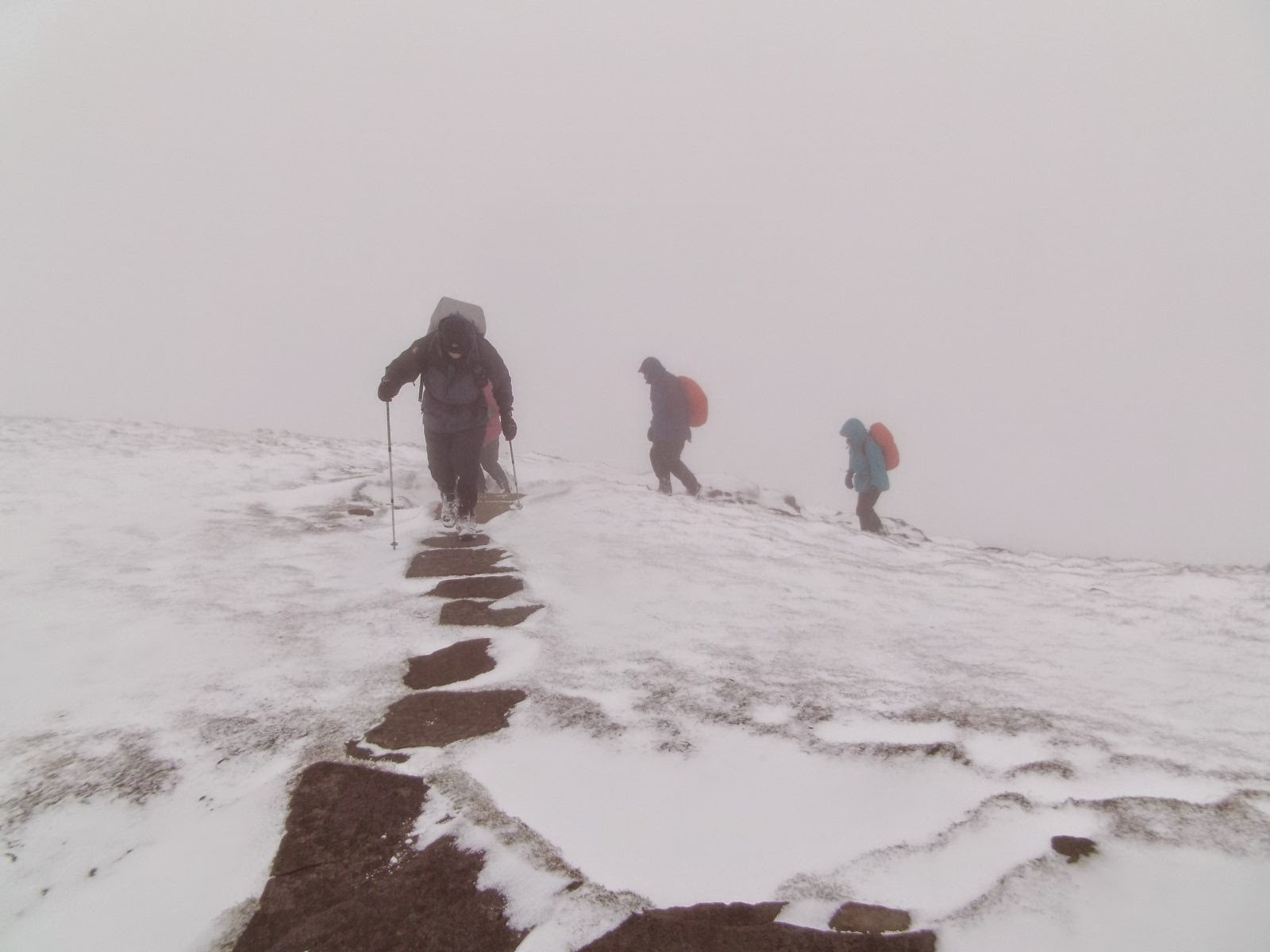 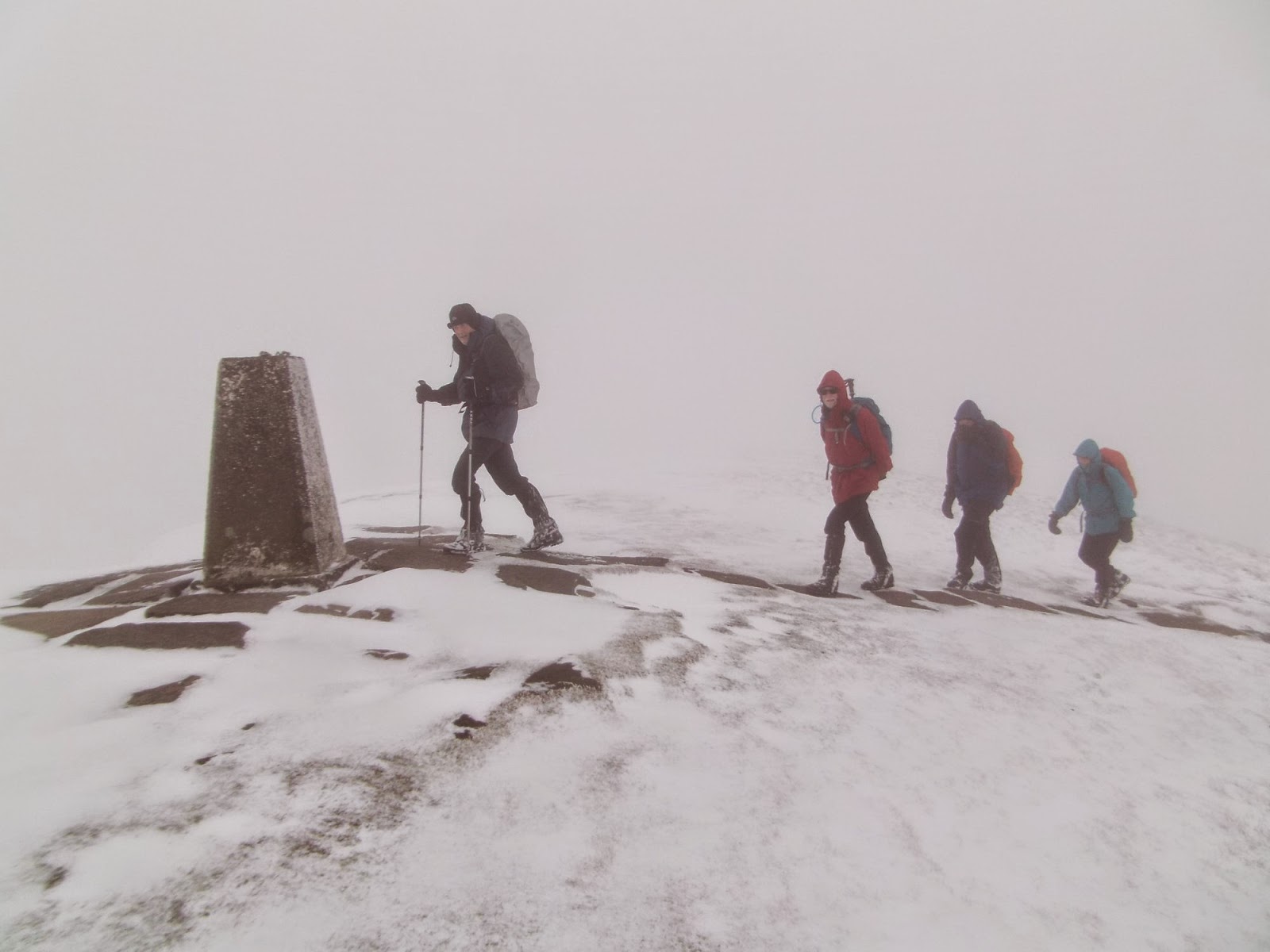 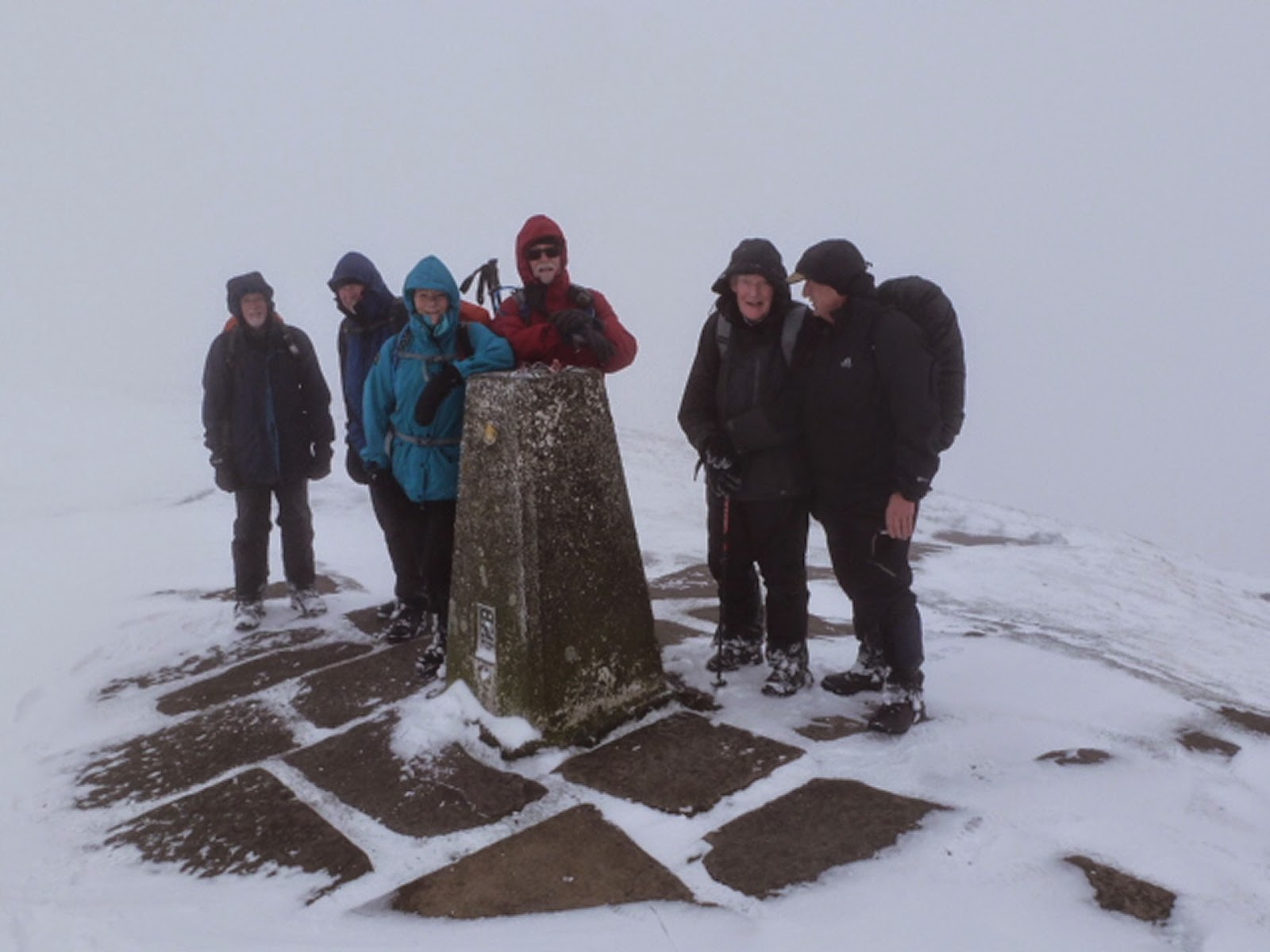 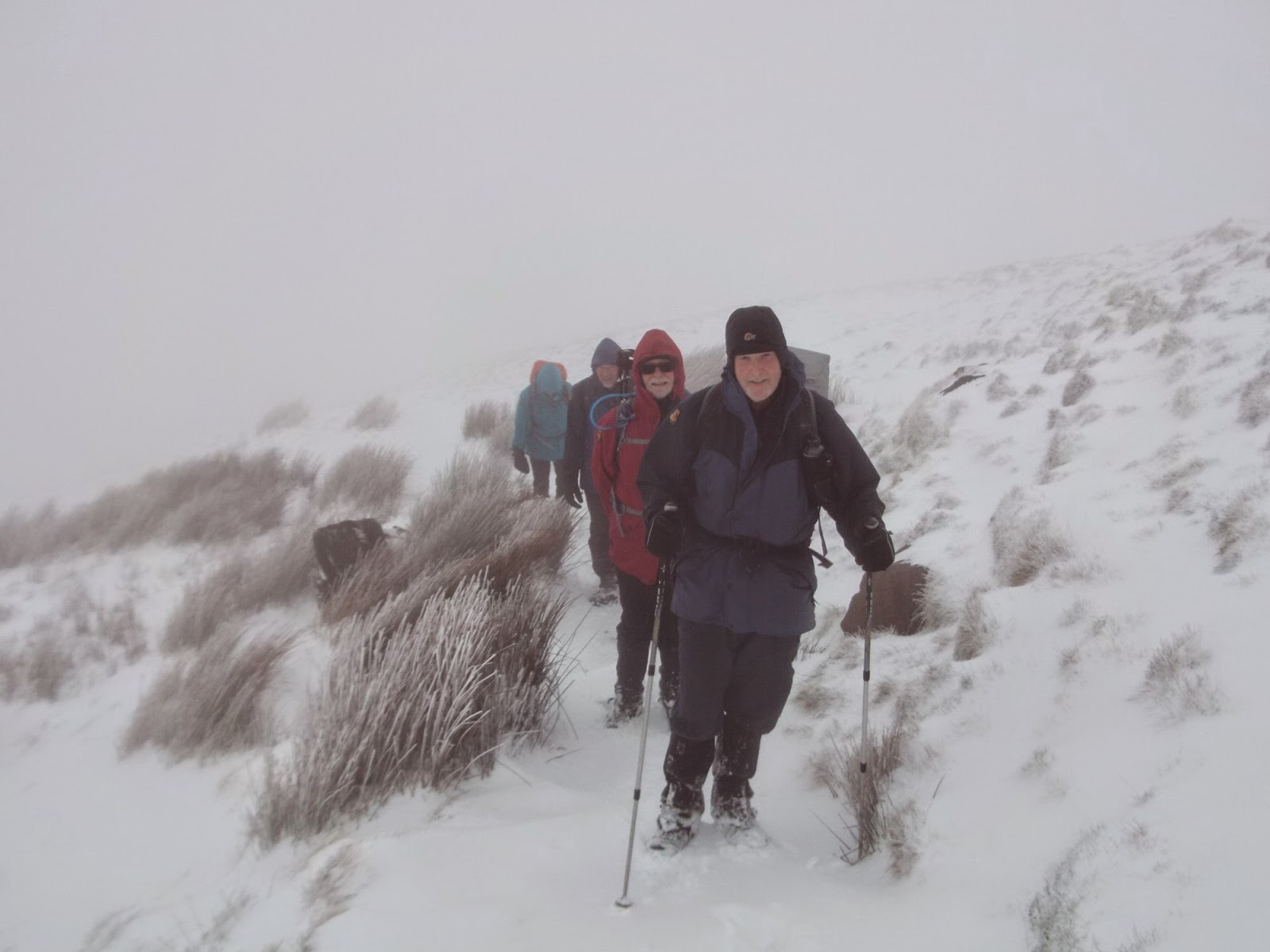 In a blizzard on Piggford Moor 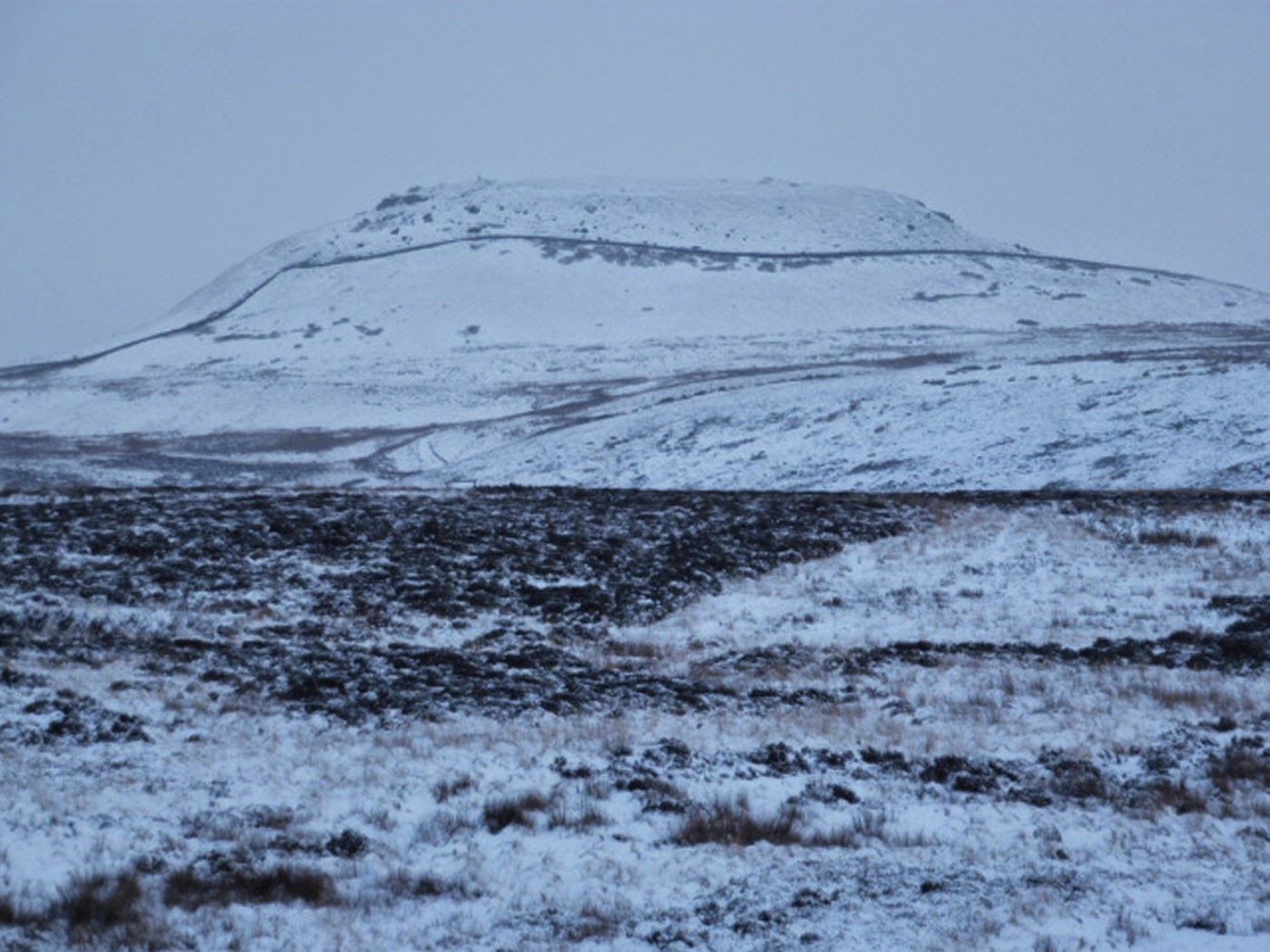