Our son and granddaughter have been up from London for Whitsun - and have also recently joined the National Trust. So a visit was planned, along with Chris' sister and husband to Little Moreton Hall.
'Moreton' derives from the medieval words 'mor' meaning 'marsh land' and 'tune' meaning farm. So literally, 'Farm on the Marsh'.

We had been a couple of times in the last five years - though for the Medieval Christmas event. This time the weather was sunny and bright which showed off the house to full effect.
The original building dating from around the 13th century was replaced by William Moreton with a Great Hall built from 1504.
The north range was added to over the next 100 years and with extension to the east and south range.
There is an extensive history on this link. 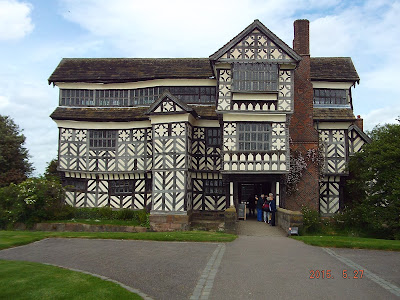 A view from the south, looking at the main entrance over the moat and at the South Range.
This section was added in about 1560 and includes the Gatehouse and the impressive Long Gallery on the top floor. The weight of this extra building, on essentially a sandstone block base, caused building to settle, buckle and twist to give the uneven shape of today 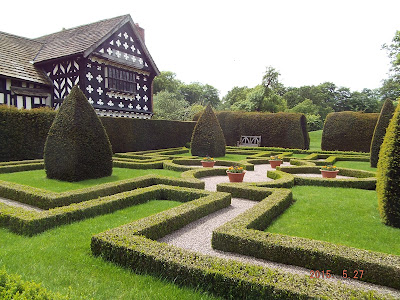 An outside view of the Knot Garden 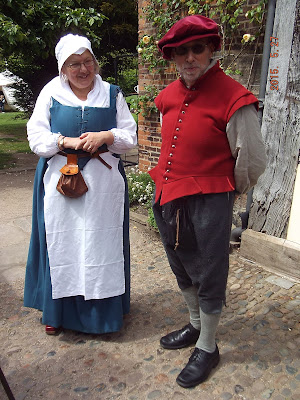 We met two servants from the 16th century. The gentleman on the right is the Steward, basically running William Moreton's household. He is wearing clothes handed down from his Master - though only allowed to do this within the household boundary and not outside! 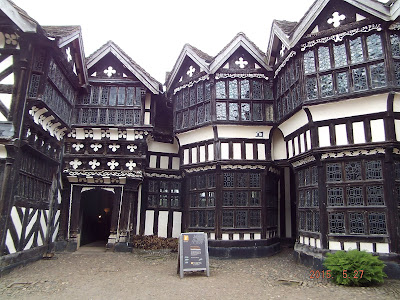 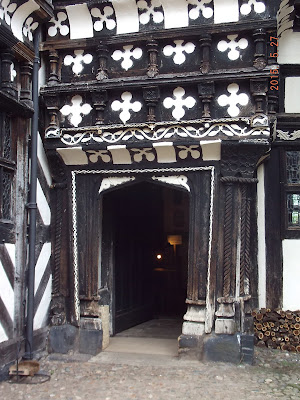 Doorway to the North Range, added in 1546 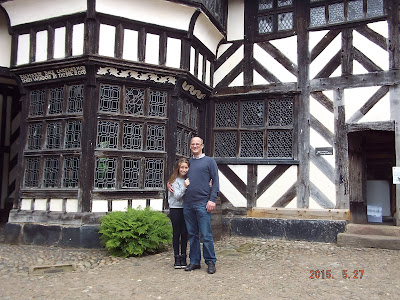 Our son and granddaughter in front of the East Range 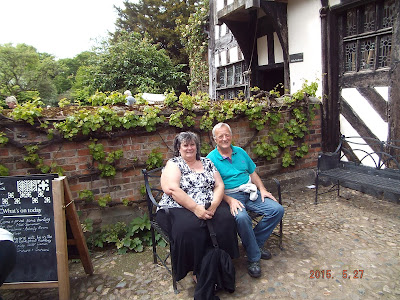 Relaxing in the Courtyard before the guided tour 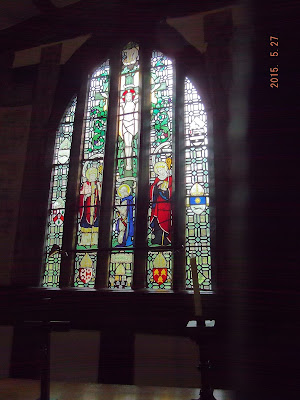 A view of the stained glass - quite modern - as it was put into the chapel by the last owners, the Bishop of Derby in the 1930's before it was given to the National Trust in 1938 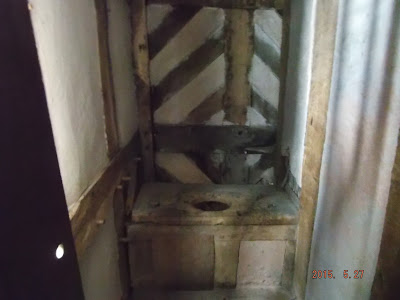 A private view of the 'garter robe' - toilet to us, which opens straight down to ground level!! 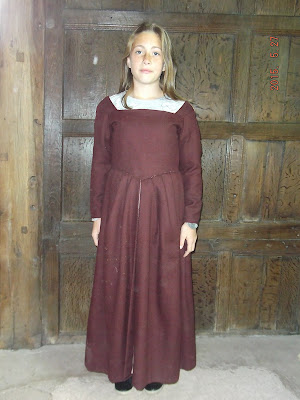 One of the servants - aka our granddaughter 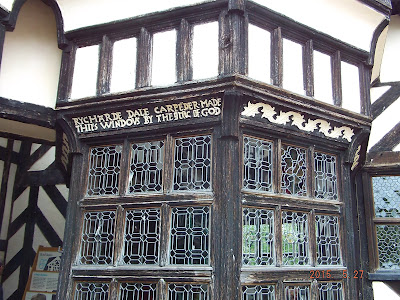 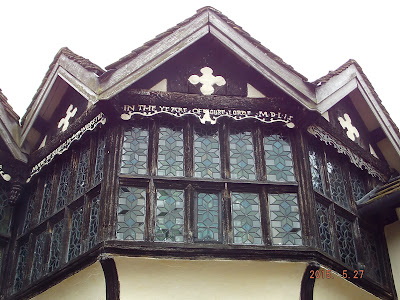 Looking up at the first floor bay window - with the builders inscription in the top boarding.
The date (in Latin) reads MDLIX - 1559 ! 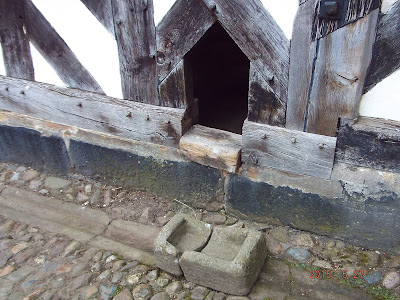 A view of the foundations - basically sandstone blocks laid on the earth. The wooden structure was just erected on this!
This photo shows a hole for a dog kennel ! 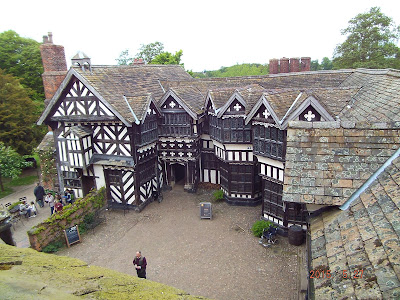 A view down across the Courtyard to the South Range
All in all it was a great afternoon visit. Seeing a building that has been very little changed in 600 years - quite surprising it has survived and is thought to be the finest example of a moated half-timbered Medieval Hall in existence.﻿