Mallard and The Great Gathering at York


On July 3rd 1938, A4 Class Mallard clocked 126mph along the East Coast Main Line and broke the world steam speed record – one that still stands today.


Mallard was the 28th of the 35, A4 Class 4-6-2 express steam locos, designed by Sir Nigel Gresley – completed in March 1938 at a cost of £8,500. It had several design improvements from earlier A4s, particularly the double chimney to aid steaming.


The streamlining was supposedly developed in a wind tunnel, sweeping the smoke exhaust away from the cab windows. Internally, the boiler operated at a higher than normal pressure and careful shaping of the steam pipes ensured the 3 pistons worked more efficiently. 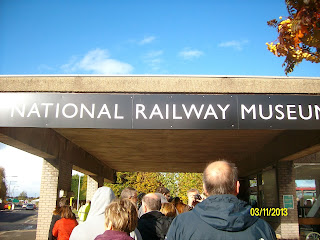 Queueing to get into the NRM 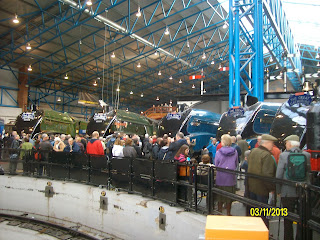 The Great Gathering of the last six A4s in existence 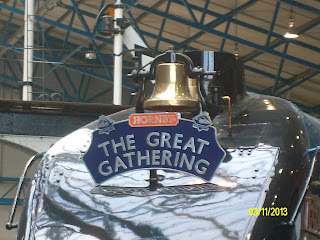 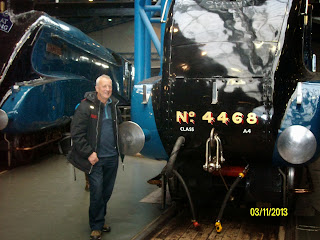 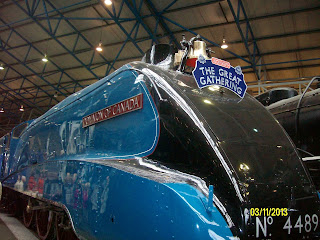 Dominion of Canada, in a cosmetic paint job, was brought over from Montreal 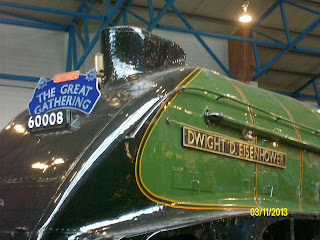 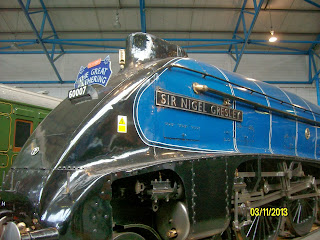 No.6007, Sir Nigel Gresley is based on the North Yorkshire Moors Railway and is in full running order. Seen here in BR blue livery 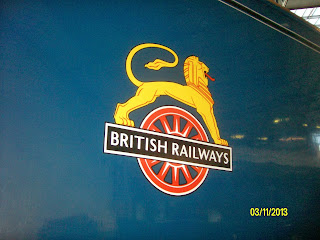 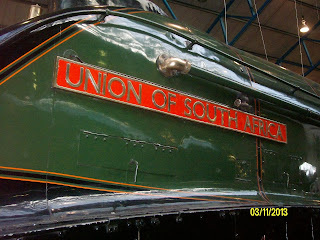 Union of South Africa, in BR green livery, runs excursions on the main line (we saw it at Crewe Heritage Centre – see link) 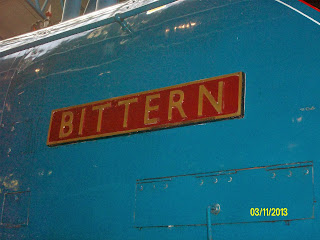 Bittern in BR blue livery – runs on the main line 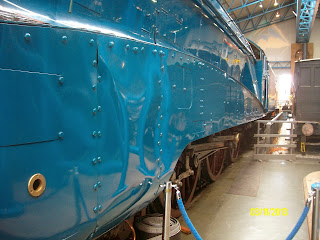 Bittern with the streamline side valances 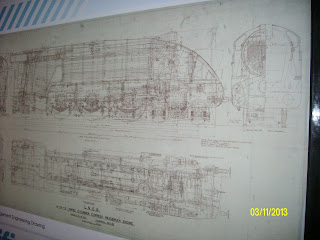 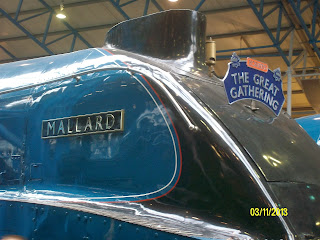 Just wonderful!
Posted by Unknown at 09:55