Taking the opportunity as we are down in Kent, I was over for the first train of the day at Alton Station on the Watercress Line.
The Gala £25 ticket promised some express loco running and I was not to be disappointed.


First out was West Country Class No.34046 Braunton. 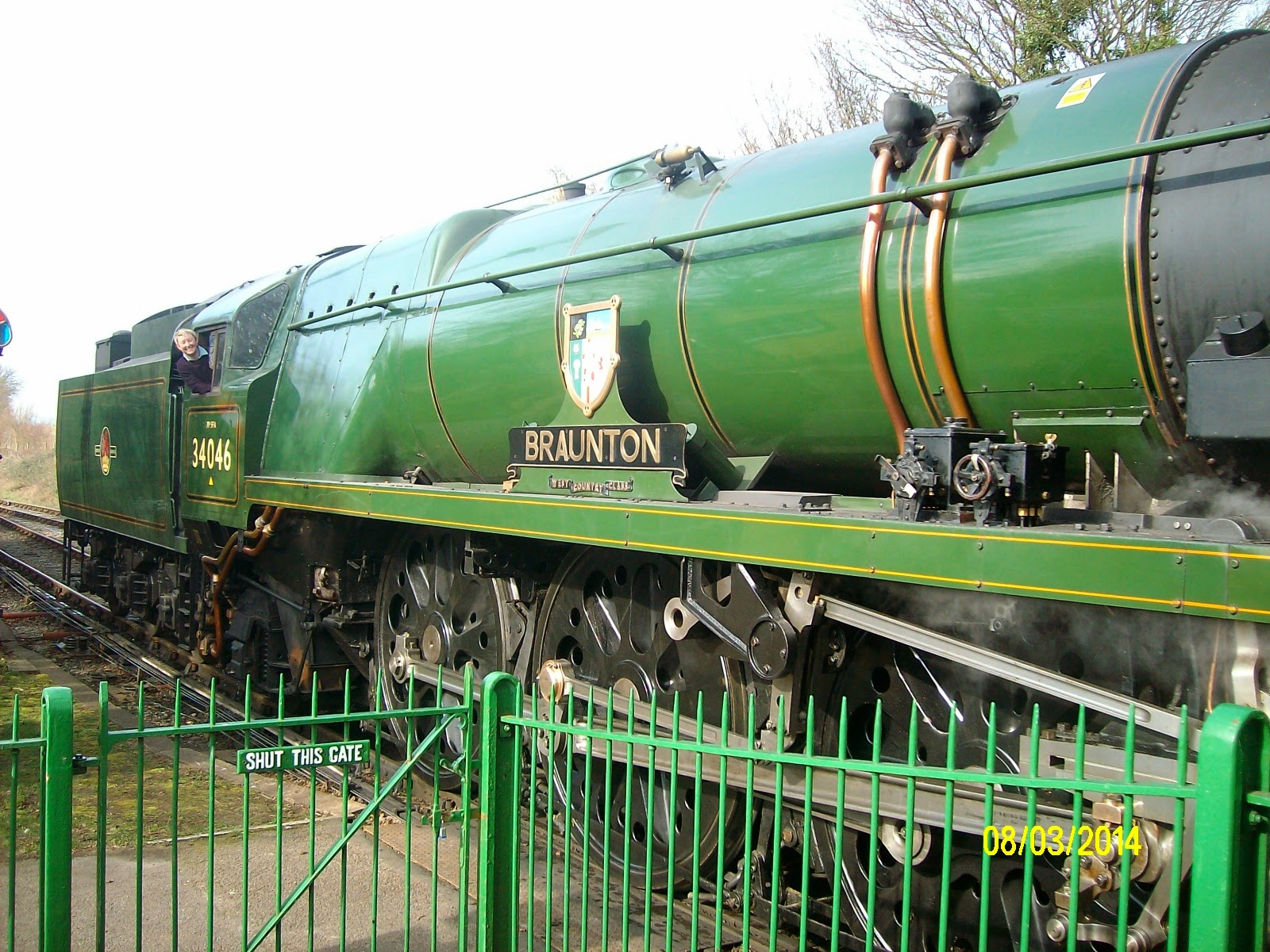 Built in 1946, Braunton originally had an air smoothed casing. This was removed from the 4-6-2 when 'rebuilt' in 1959. The BR class 7P6F was scrapped in 1965. It has been restored and can run on the mainline 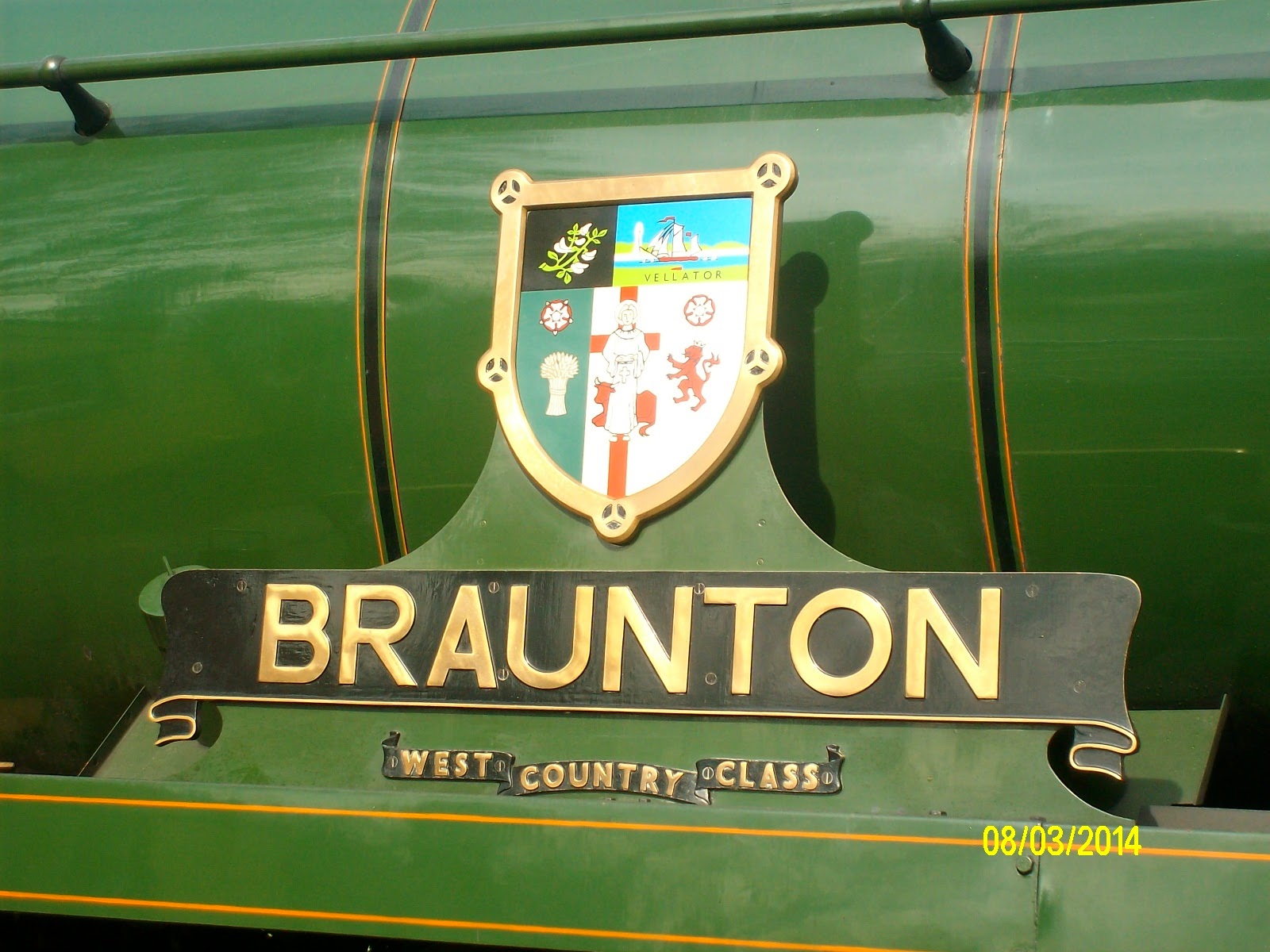 
Our departure was delayed due to 'signal failure' and we needed to be given the right of way under 'flags'. Apparently. it was a failed electric relay. 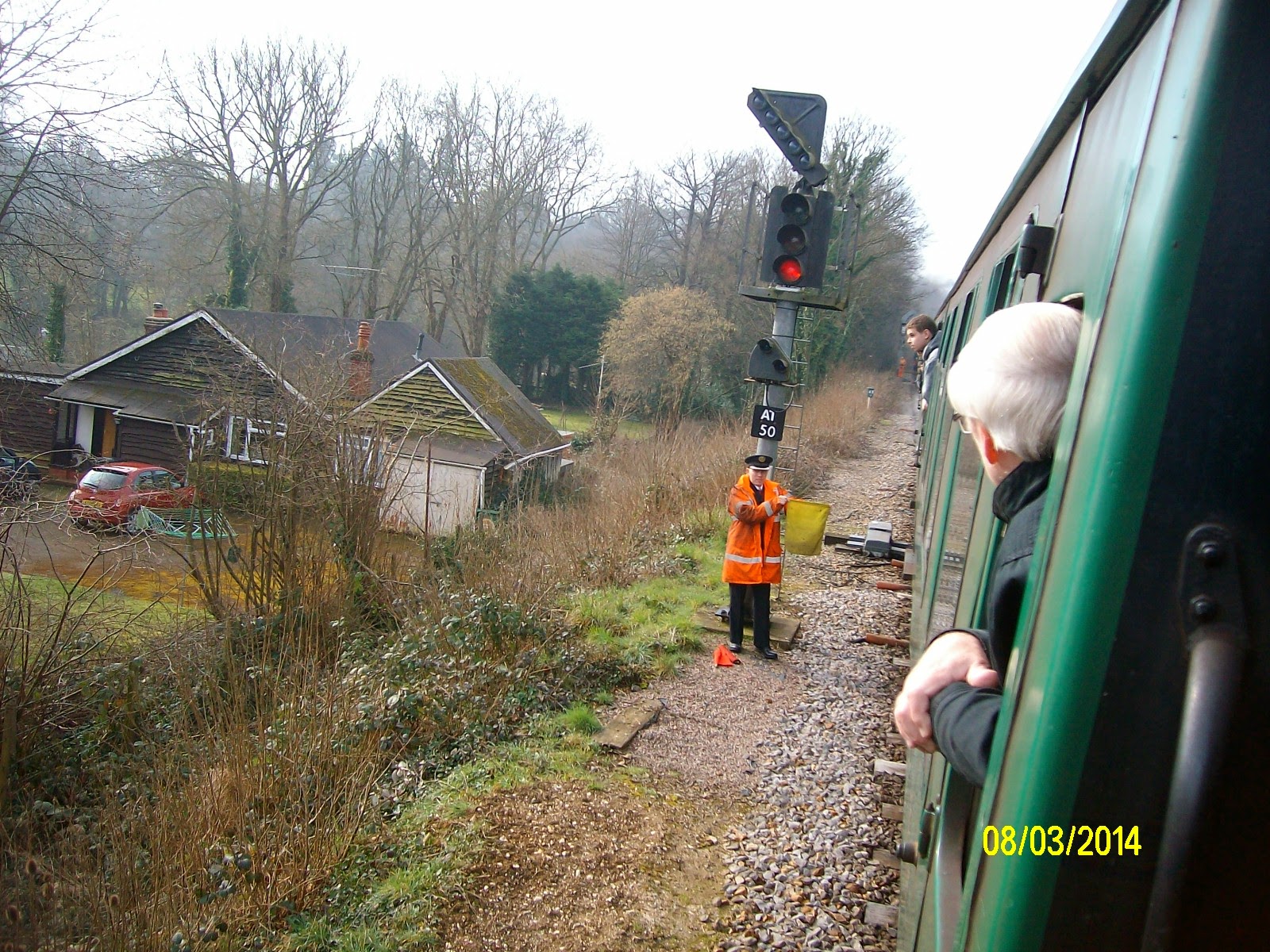 Two other Southern Region classics, were the Schools Class 'Cheltenham' and 'Lord Nelson. 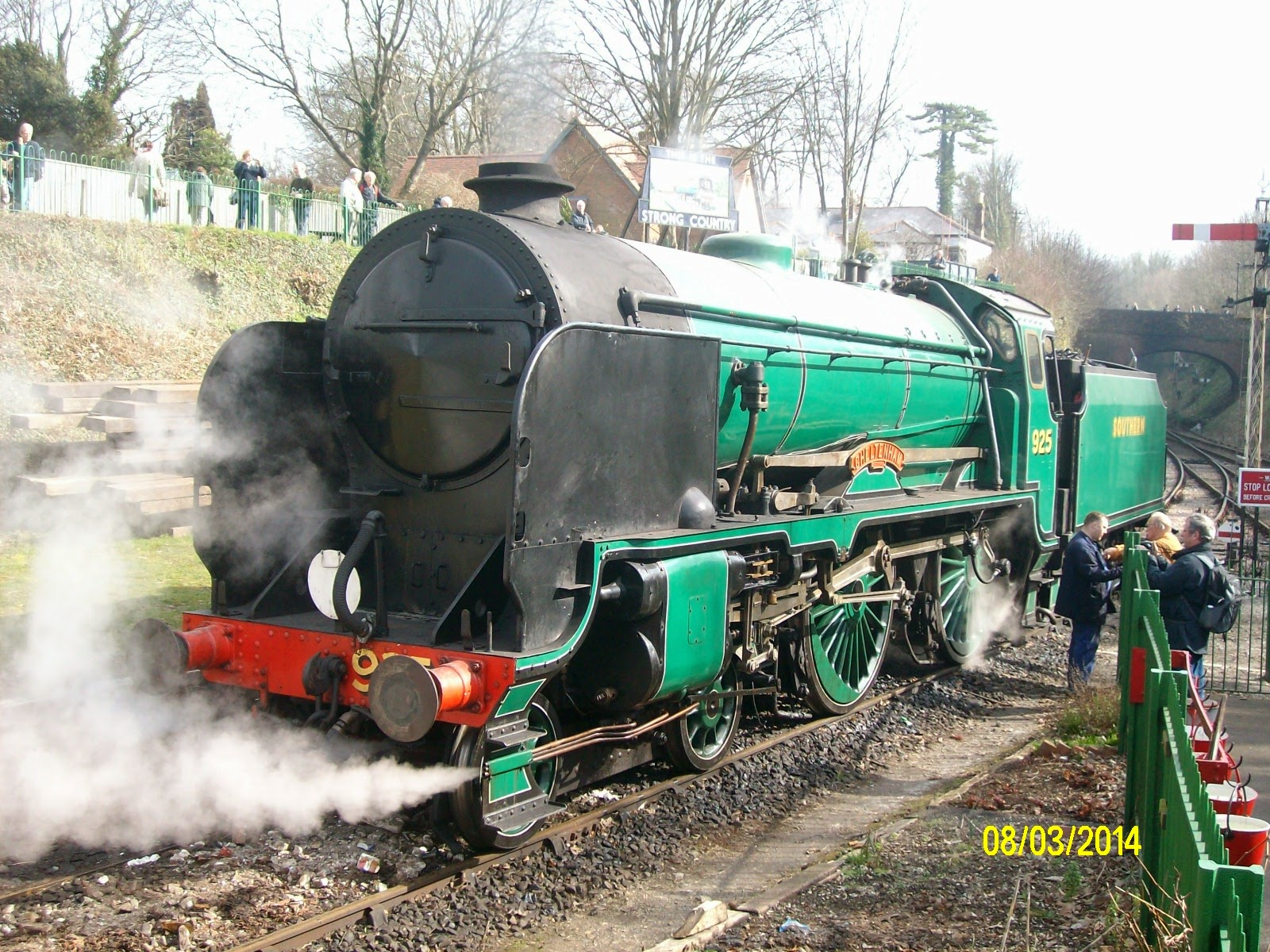 SR Schools 4-4-0 No.925 Cheltenham on the cattle dock at Alresford. This loco was built in 1934, one of the last to have the 4-4-0 wheel arrangement and the most powerful class of this type in Europe. Retired by 1962, only 3 of this type survived, this example is owned by the National Railway Museum and was recently overhauled in 2012. See link to where we saw 'Cheltenham' at the Severn Valley Steam Gala in 2013. 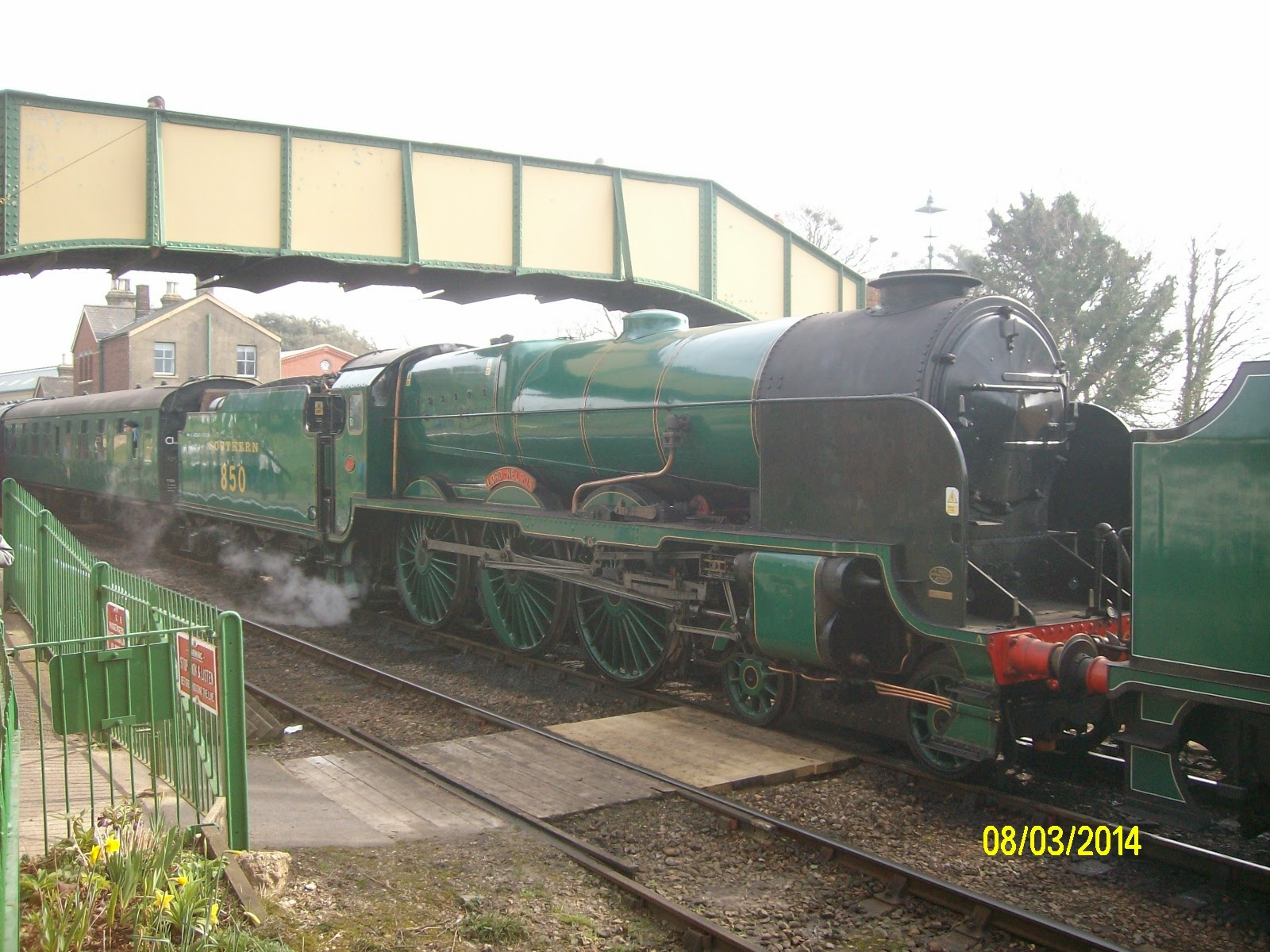 SR Lord Nelson Class 4-6-0 No.850 is also owned by the National Railway Museum and is called 'Lord Nelson'. A powerful passenger express built for the loading restrictions of Southern Region in 1926 it ran until 1962 and has a national status. 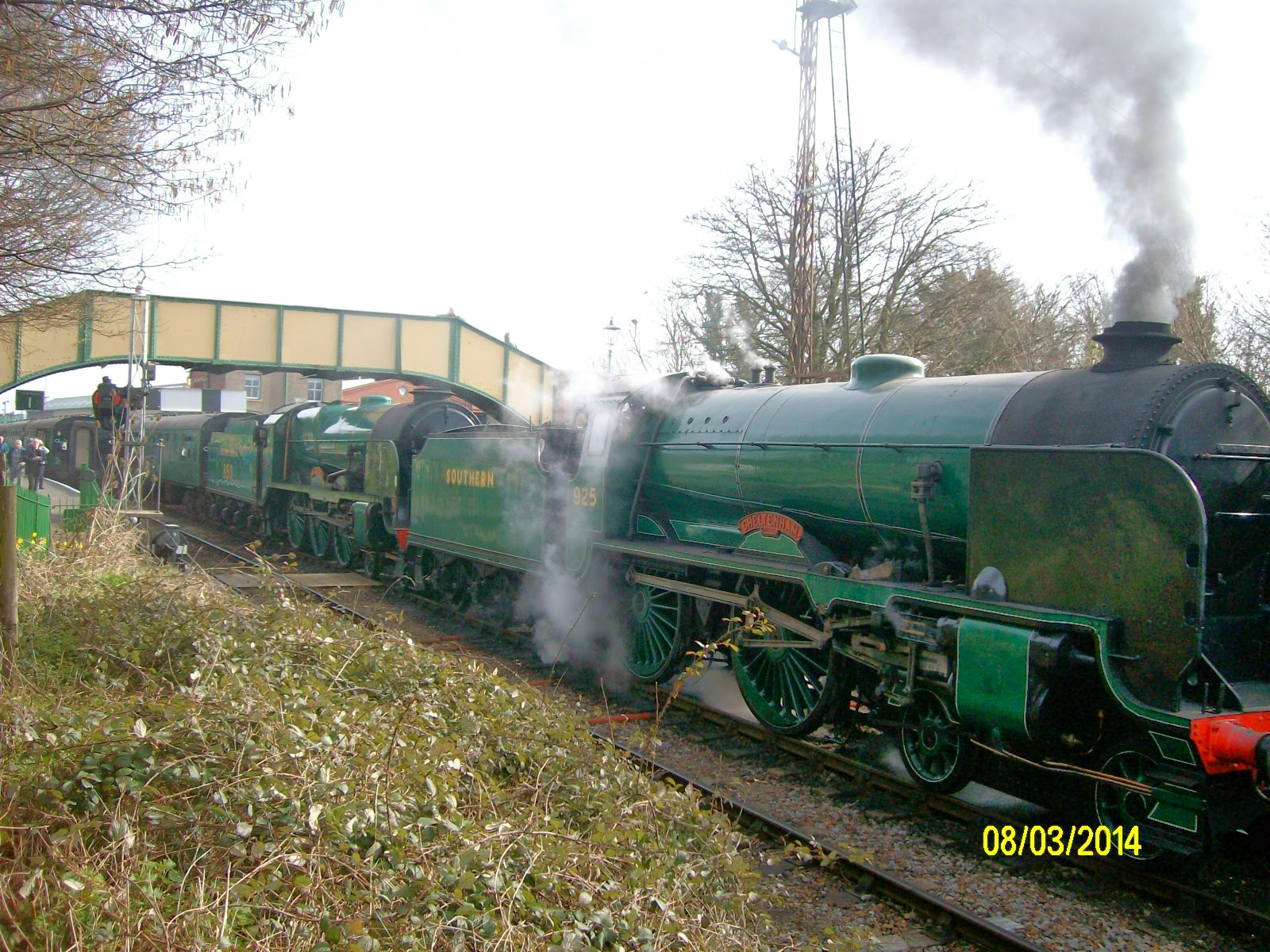 
The star of the Gala was the main-line express Merchant Navy Class No.35028 'Clan Line'. Built in 1948 at the very start of British Railways nationalisation, she worked heavy trains in the south east to the Channel ports and Bournemouth. Originally designed by Oliver Bulleid for Southern Region to have air smoothed casing, this was removed in 1956 with a number of other technical modifications. 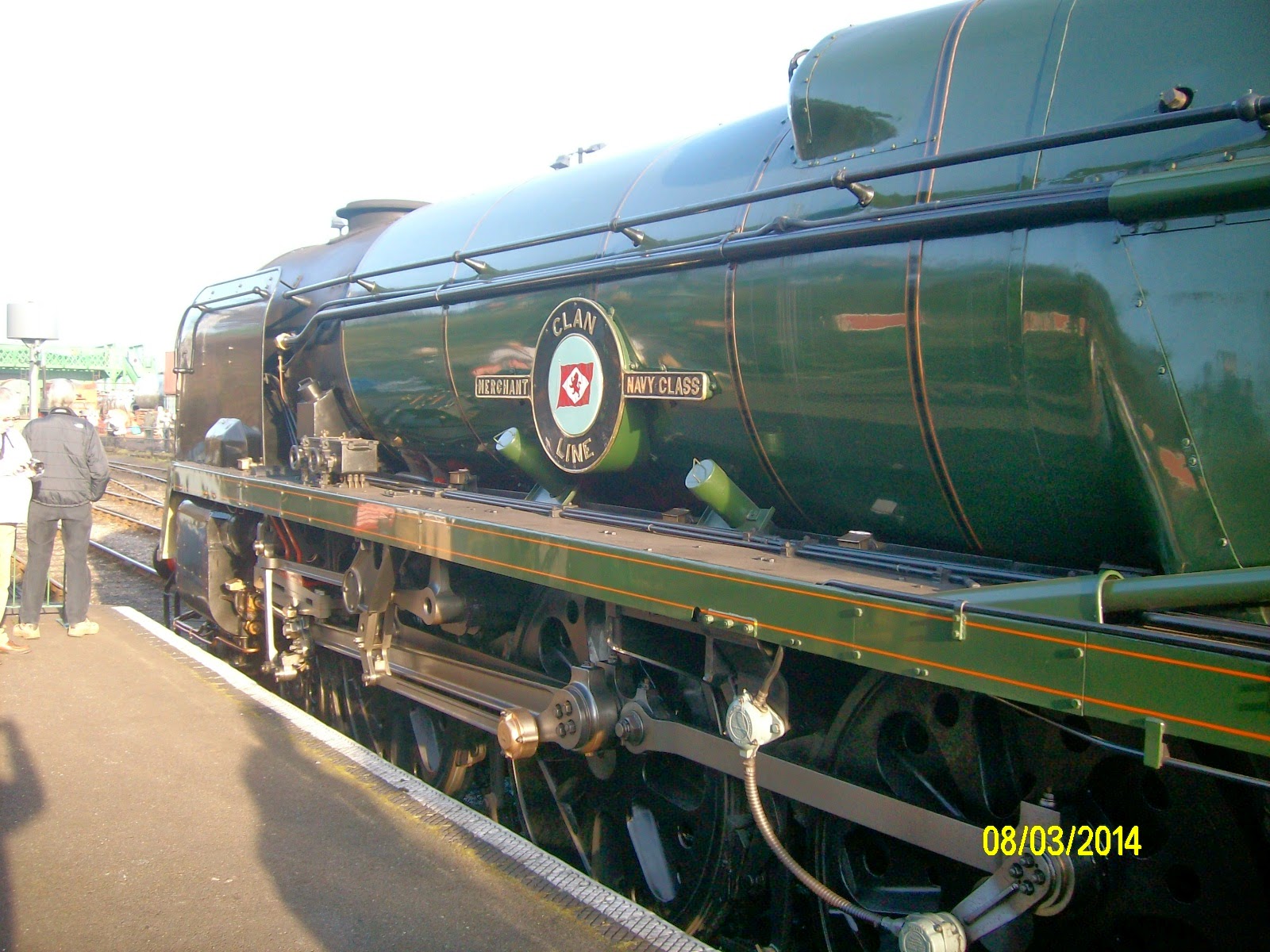 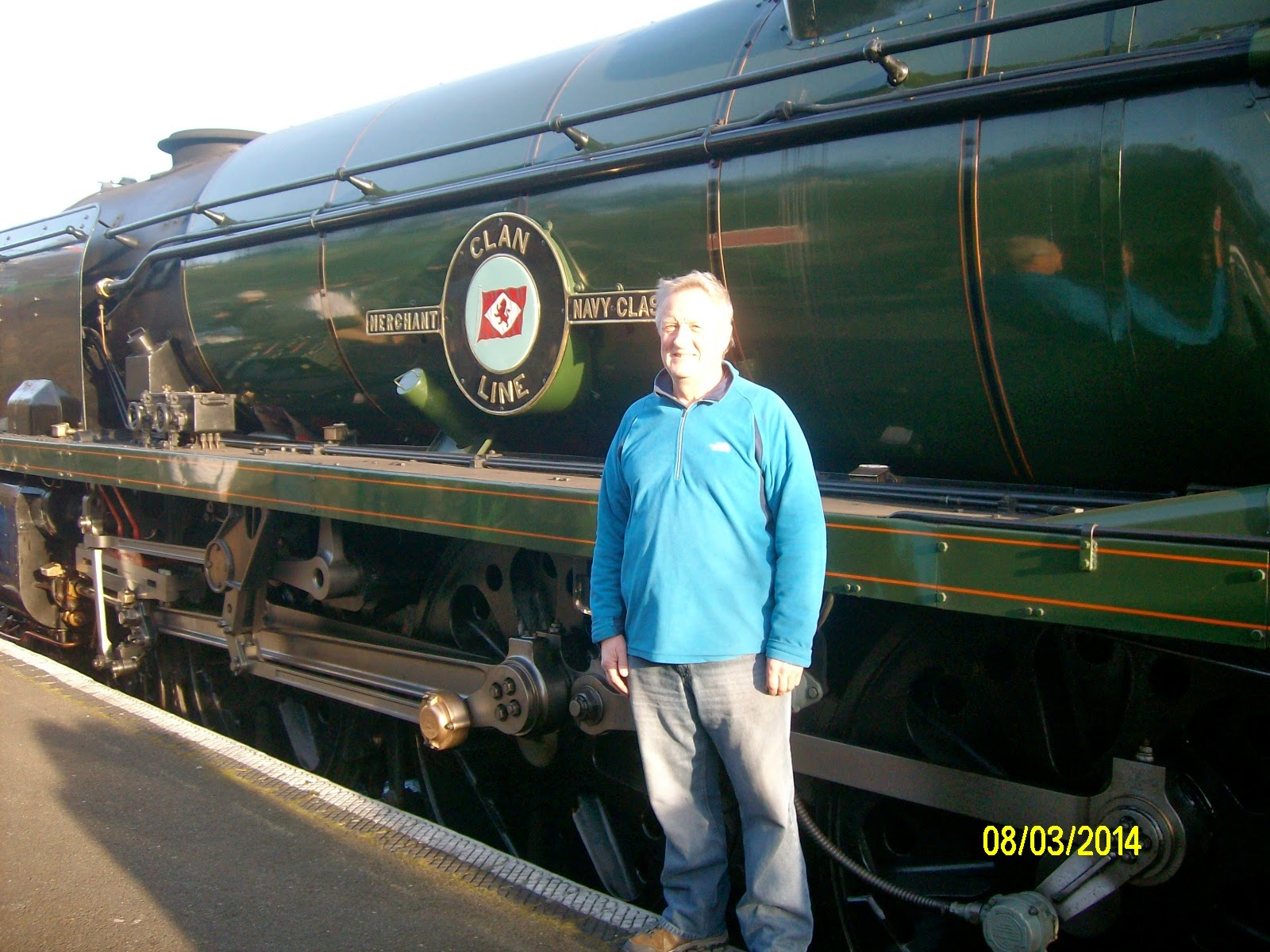 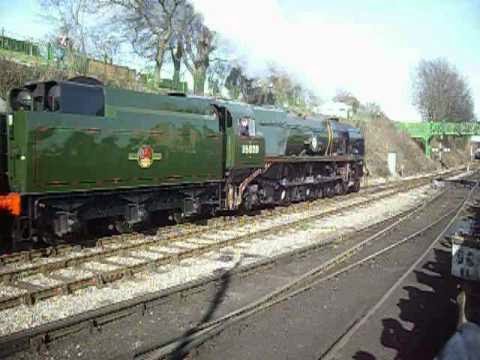 
The nationally recognised boilershop was open to have a look round I had the interesting opportunity to talk with the foreman about the work being down there. 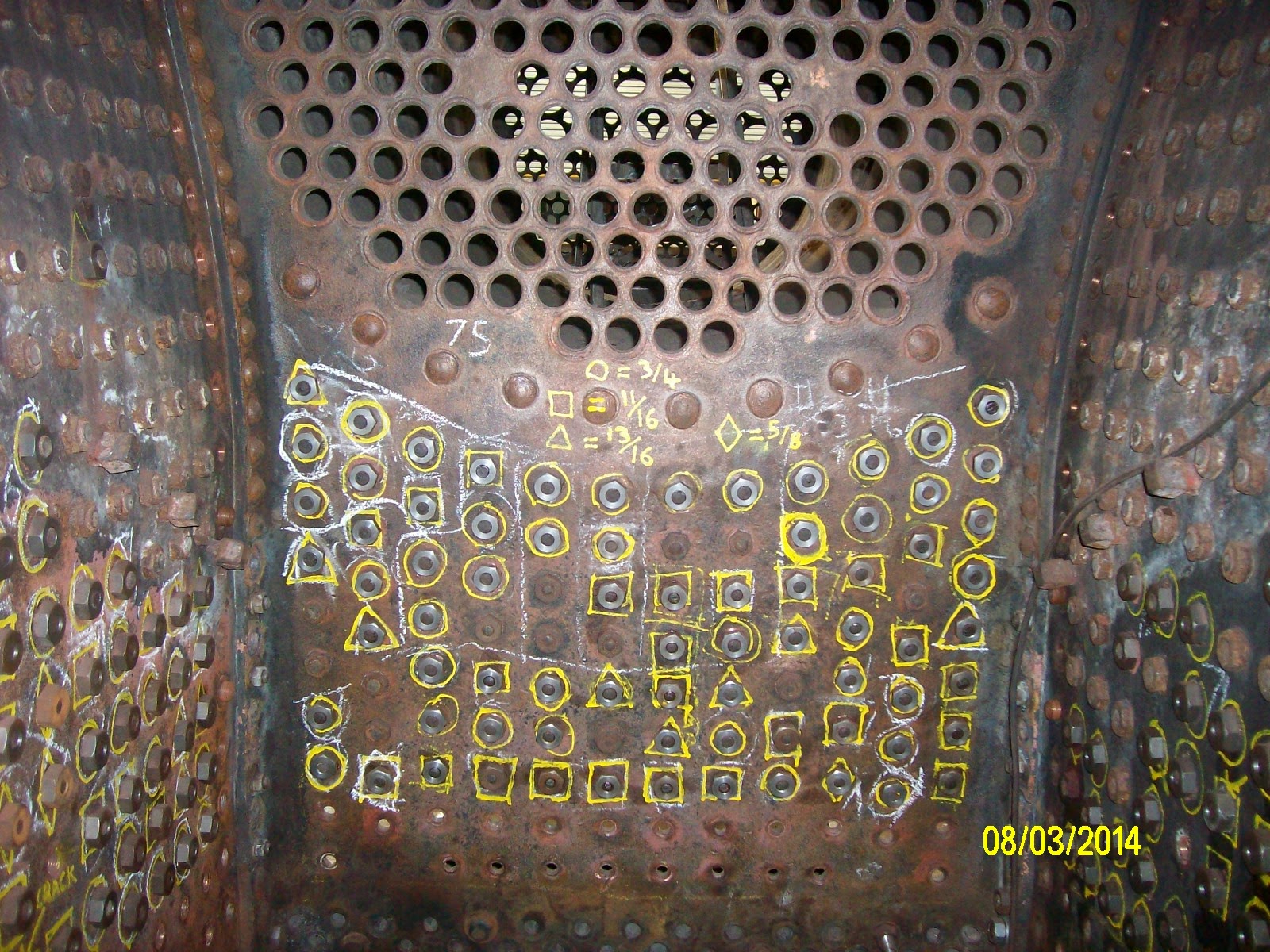 The firebox stays being bolted in place 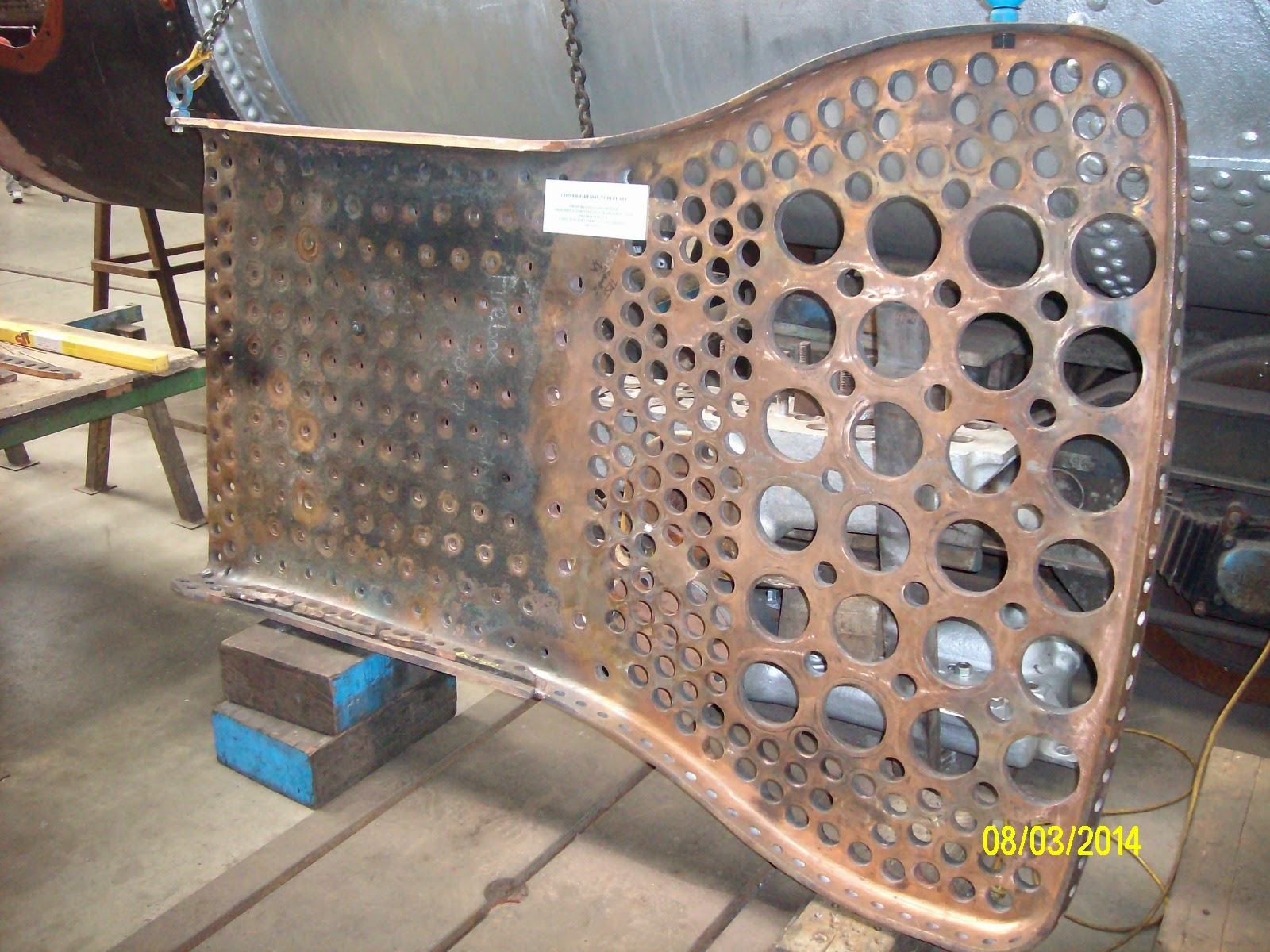 A newly fabricated firebox backplate, made of copper 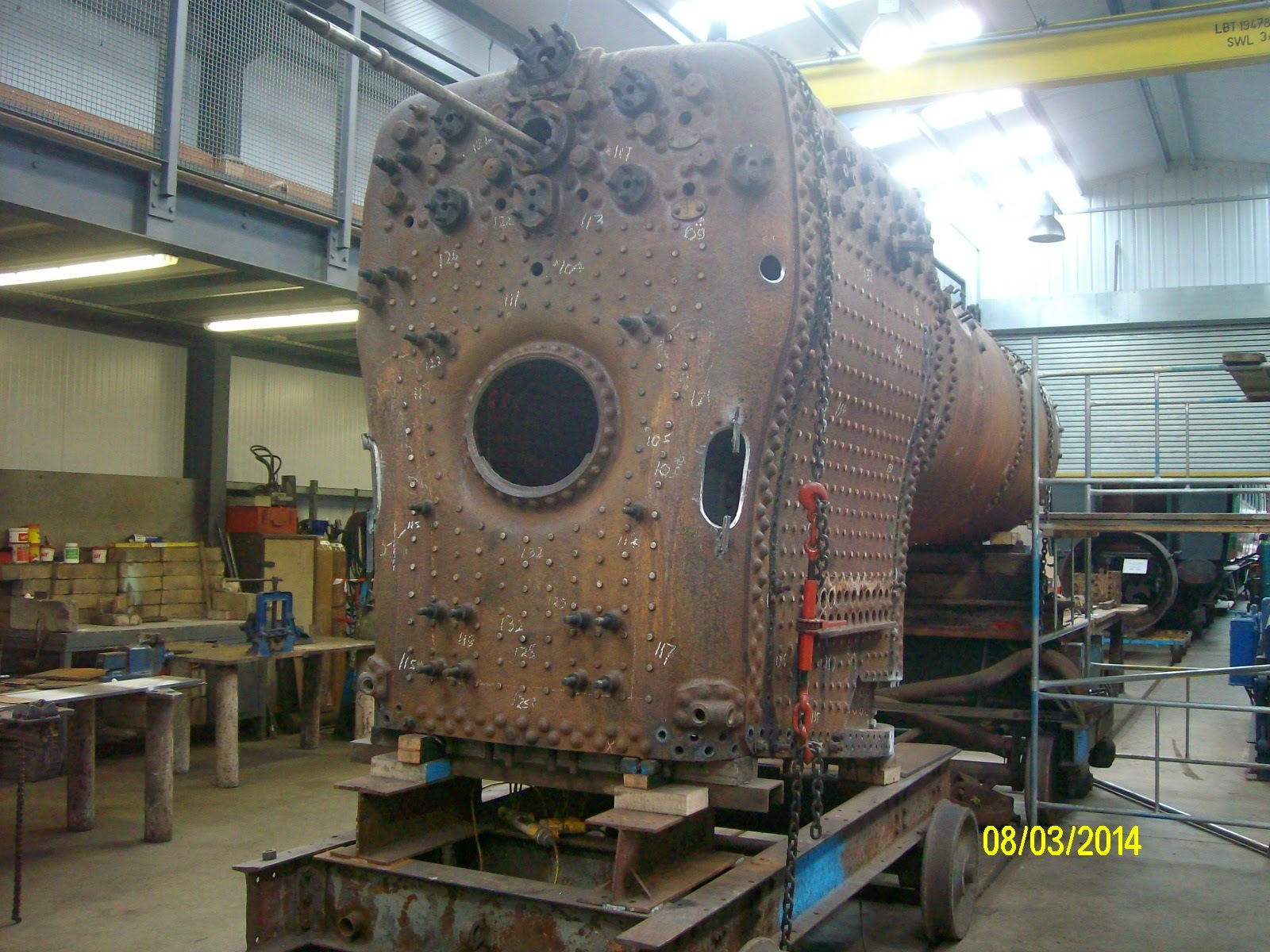 A boiler being worked on


All in all a great day out with lots to see and learn about.