White Cliffs near Dover – with the Ramblers Mar 2014

One of the walks I really wanted to do was over the N.Downs along the coast.

The Maidstone Ramblers led such a walk last week and having driven down to Folkestone, met up to take the train to start at Dover. After the initial climb out from the station to the outskirts of Dover, we passed the 1804 Drop Redoubt, built as a defence again the impending Napoleonic invasion and reinforced in the 1850's.
Interestingly, the gun directions also face inland. The commandos were secretly here in WW2, in order to blow up Dover harbour in the event of an invasion. 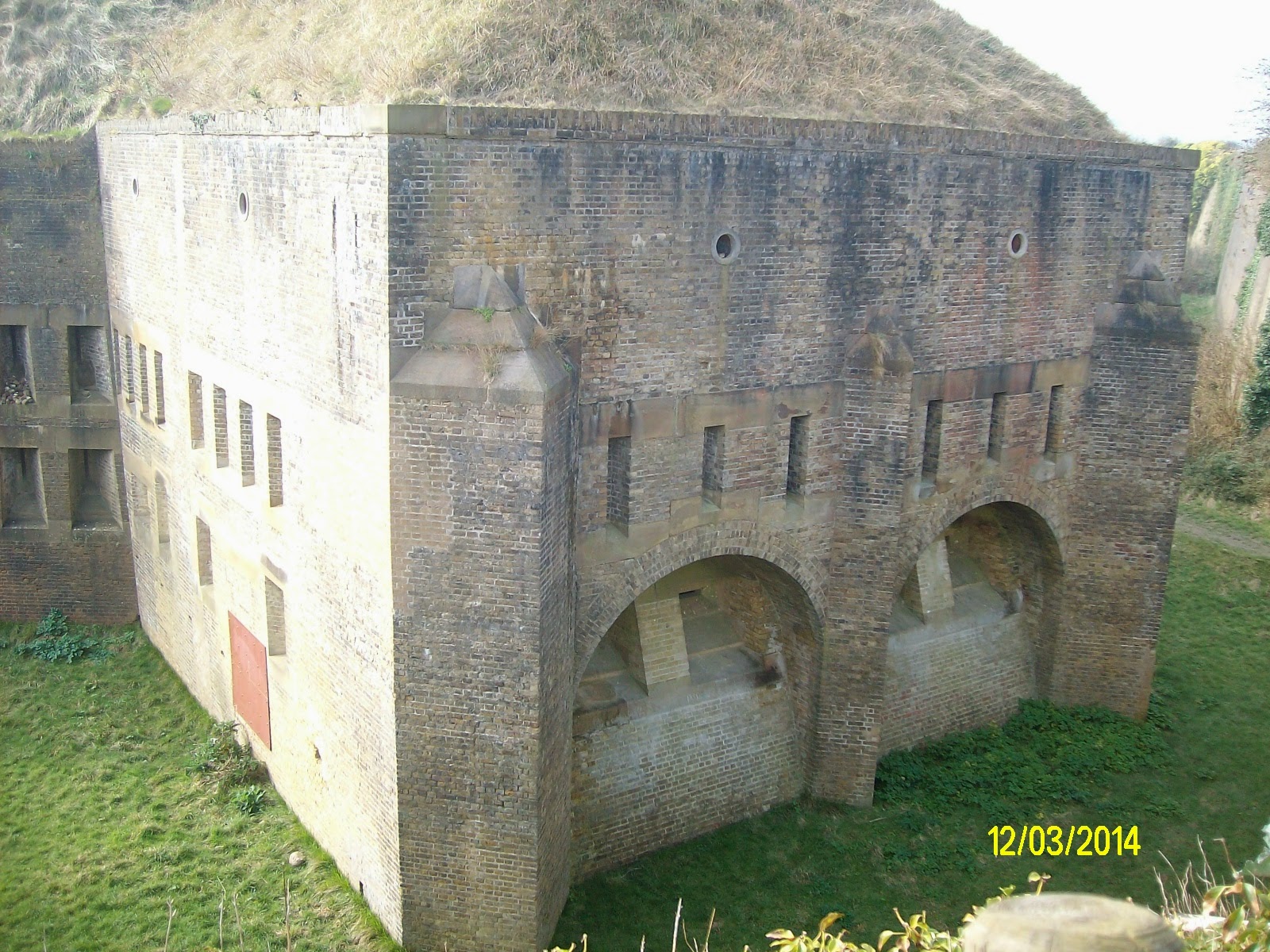 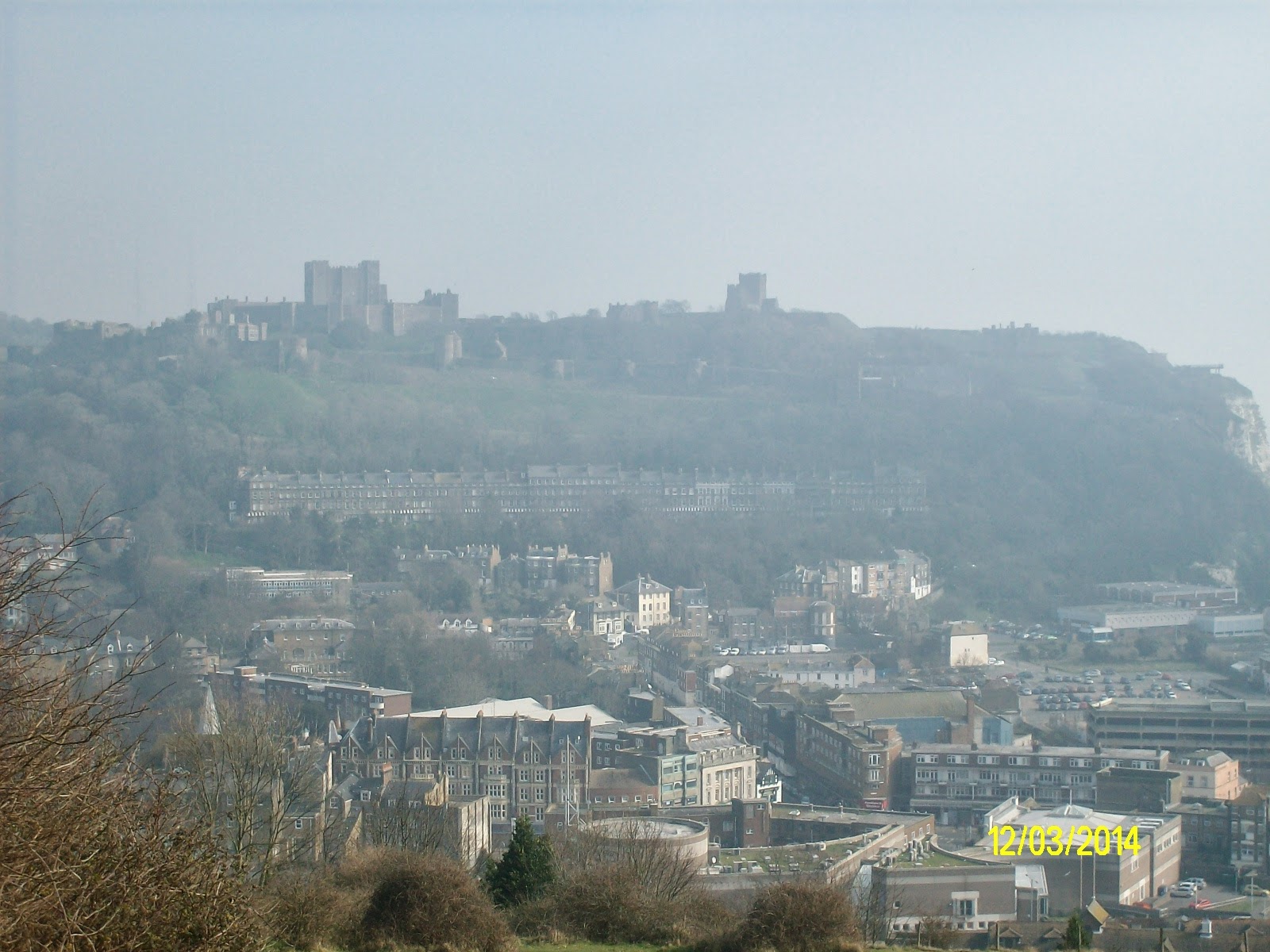 A hazy view across to Dover Castle 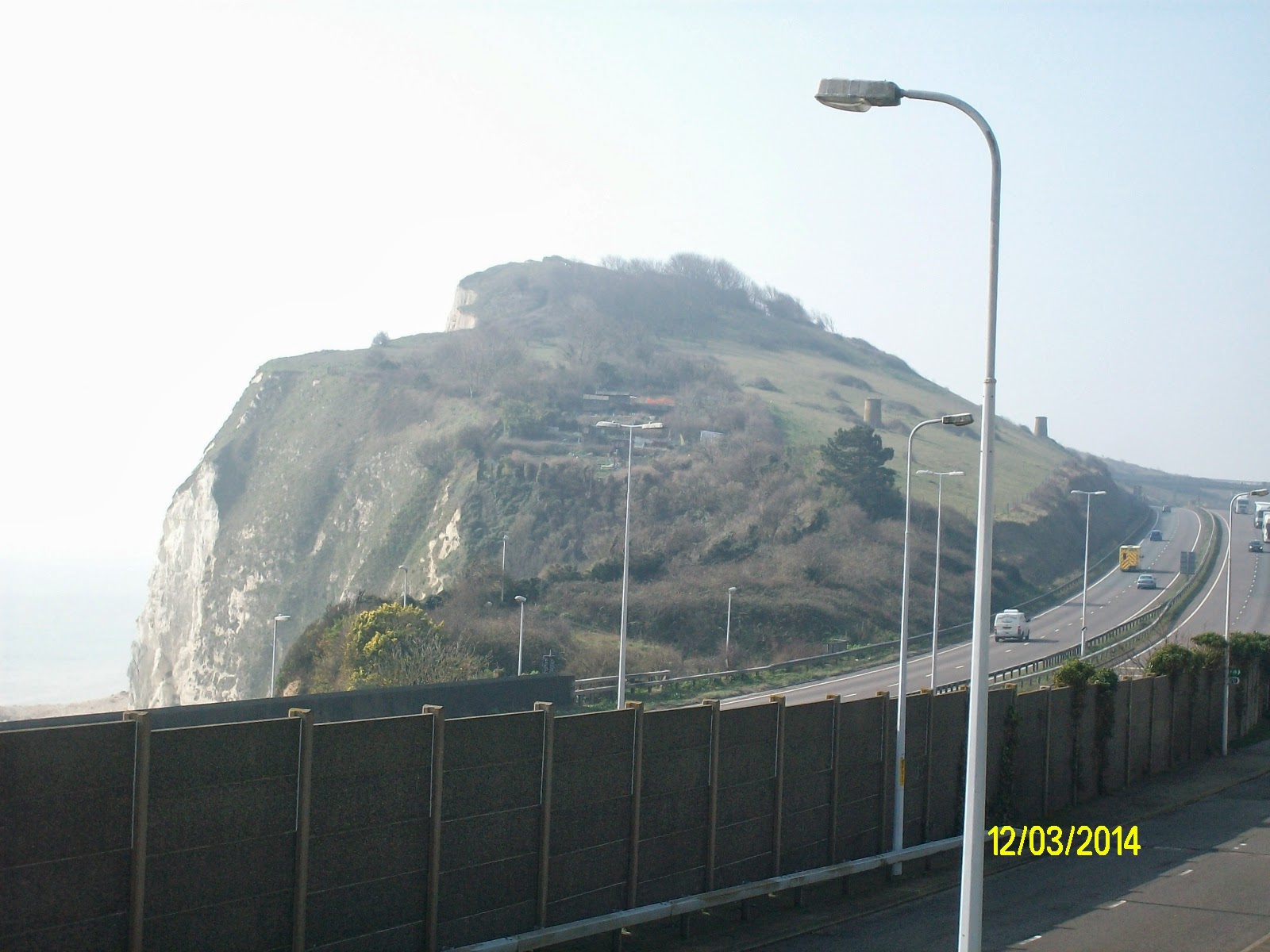 A view west over the A20, towards the coastal path rising above the cliff top allotments 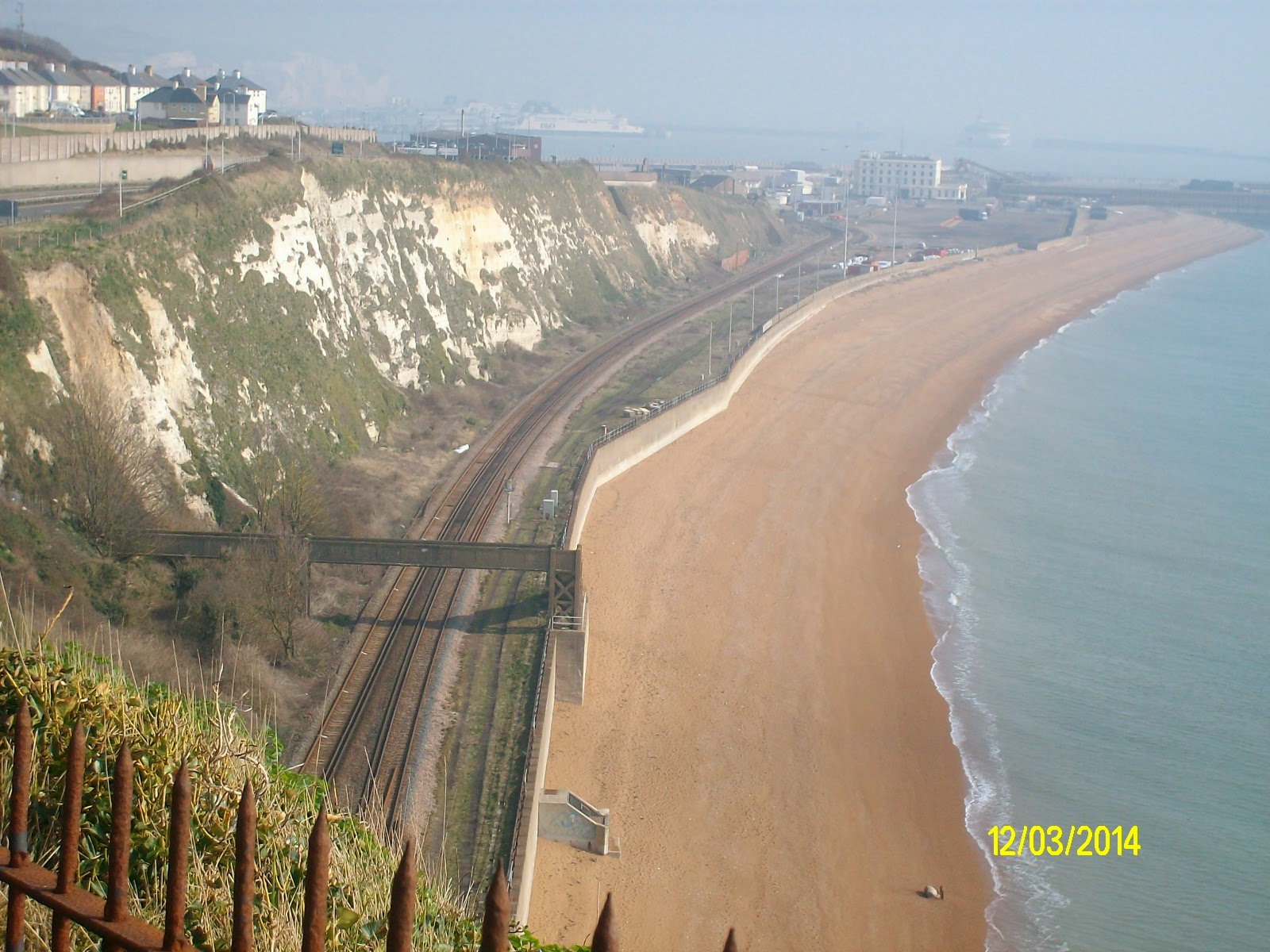 A view east back towards Dover, looking down on the rail track that runs under the cliffs 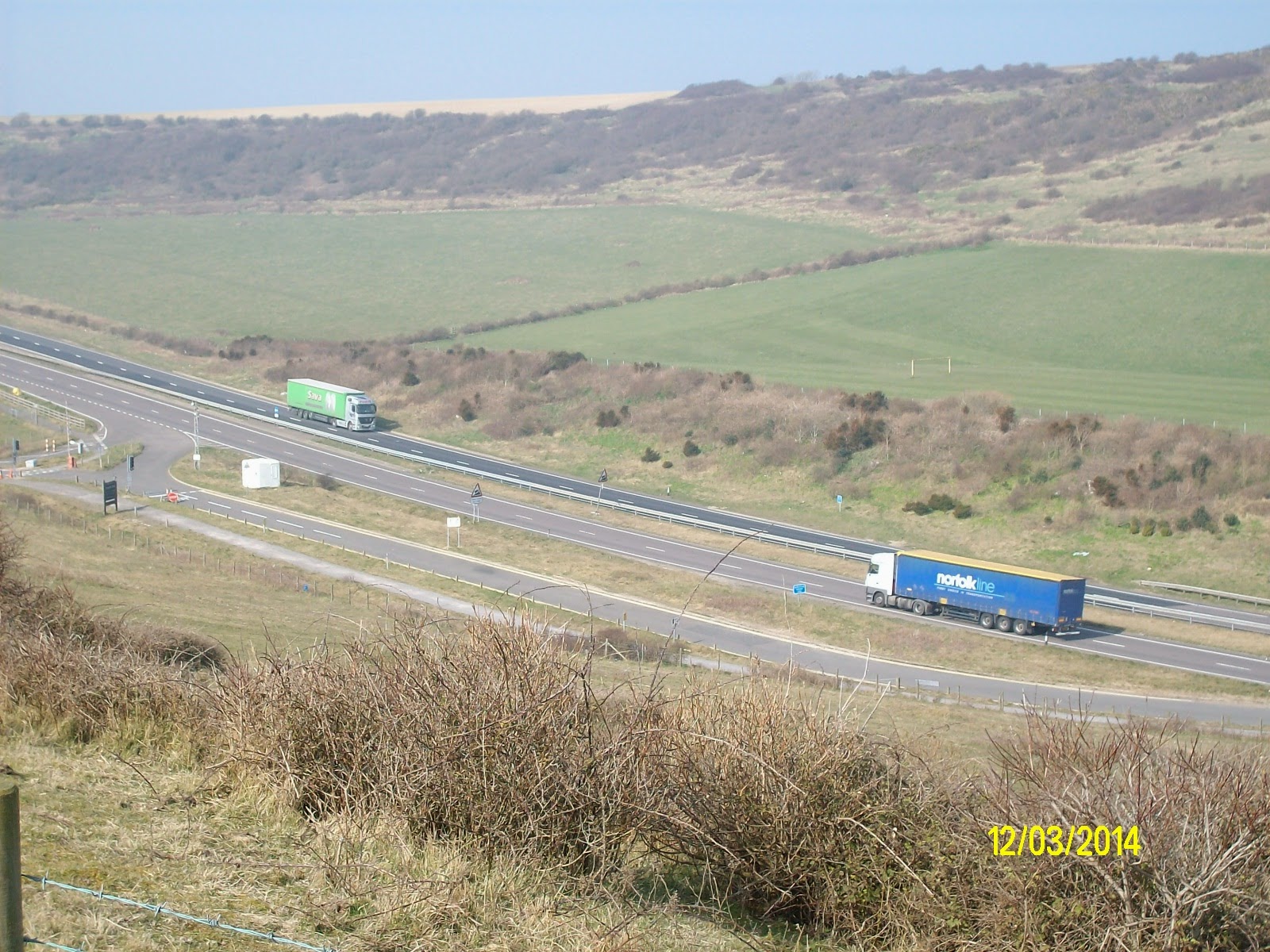 The A20 -the main route to/from the ferries to Europe 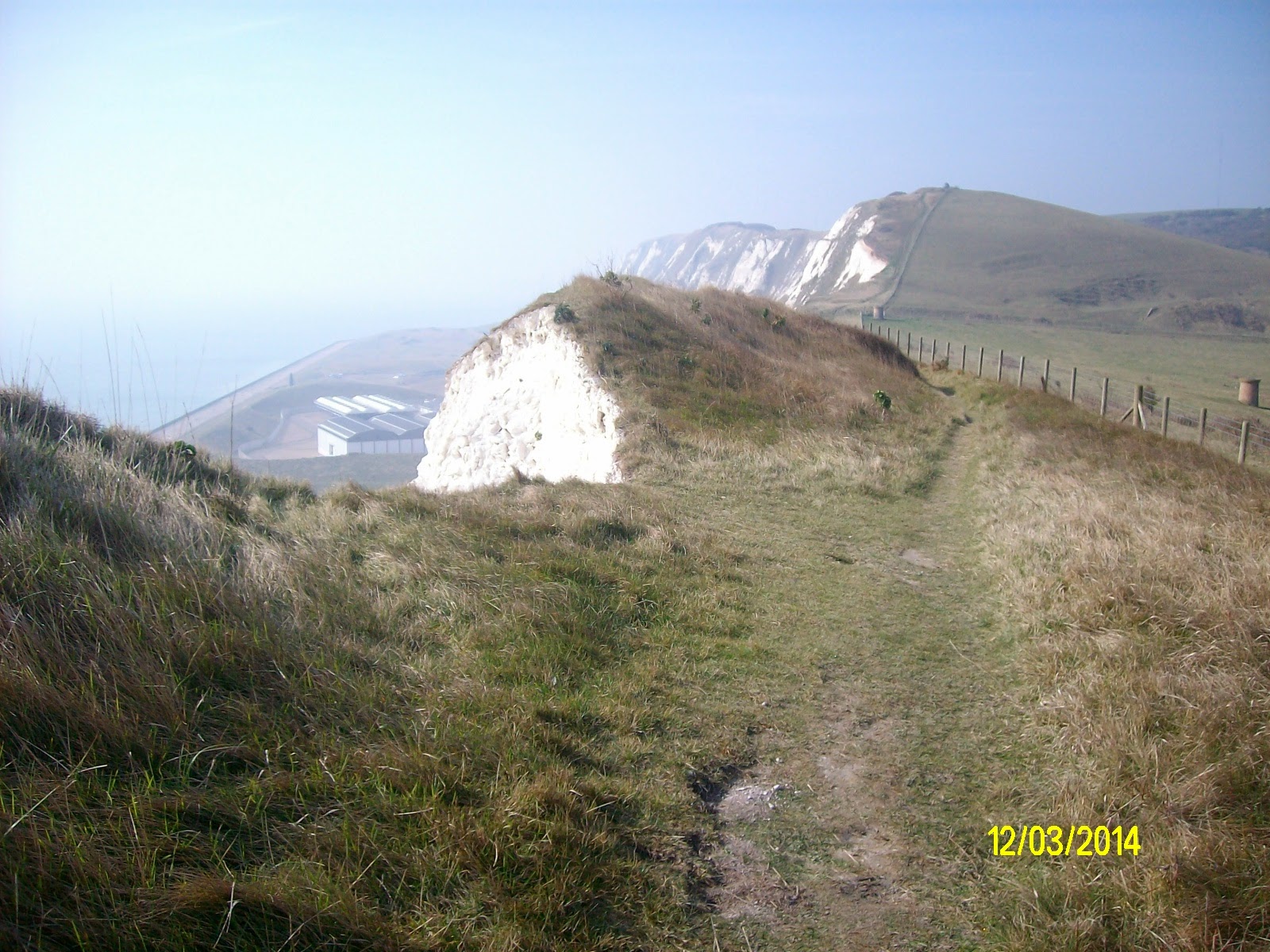 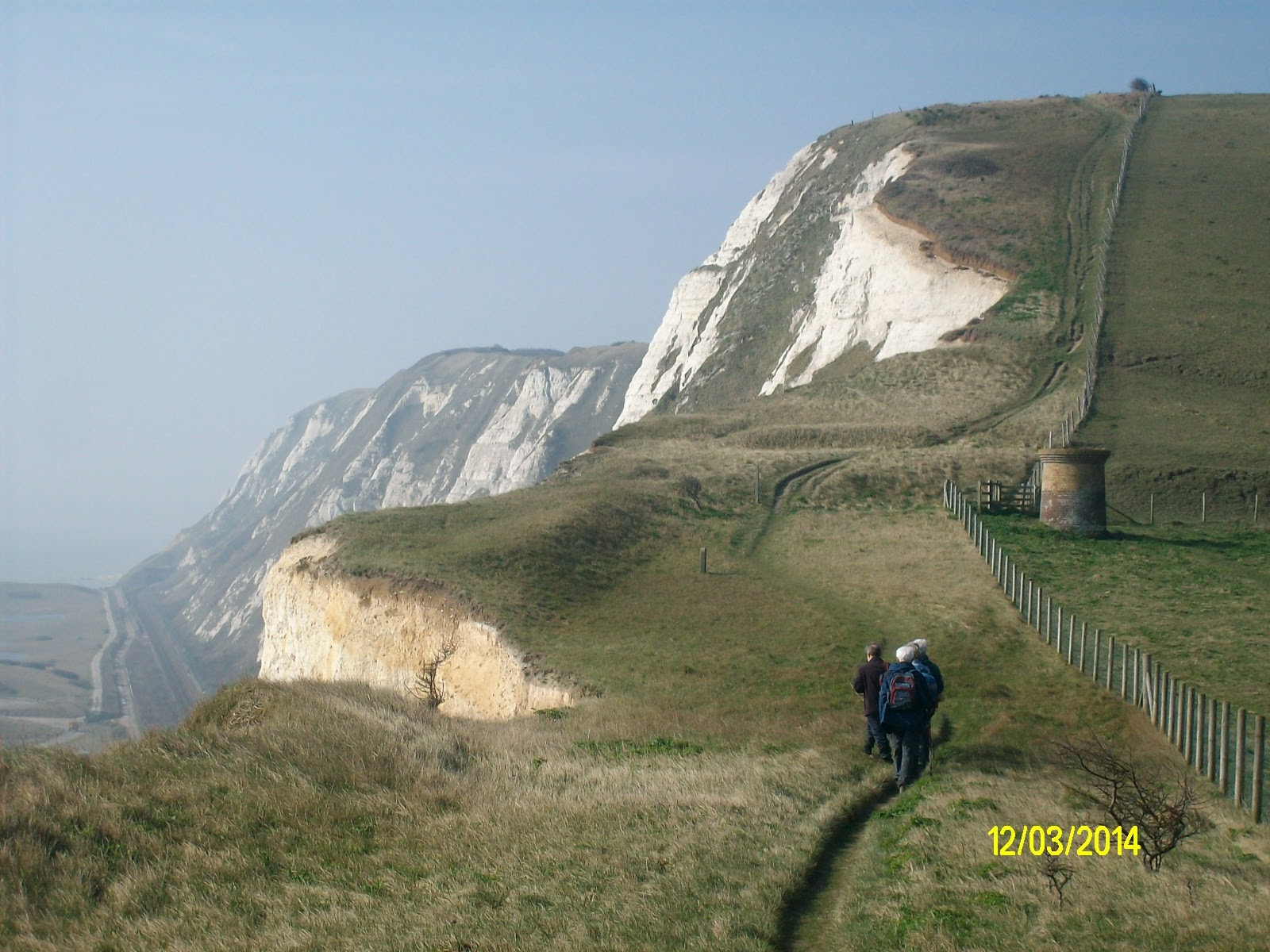 Setting off west along the N.Downs way along the cliff top 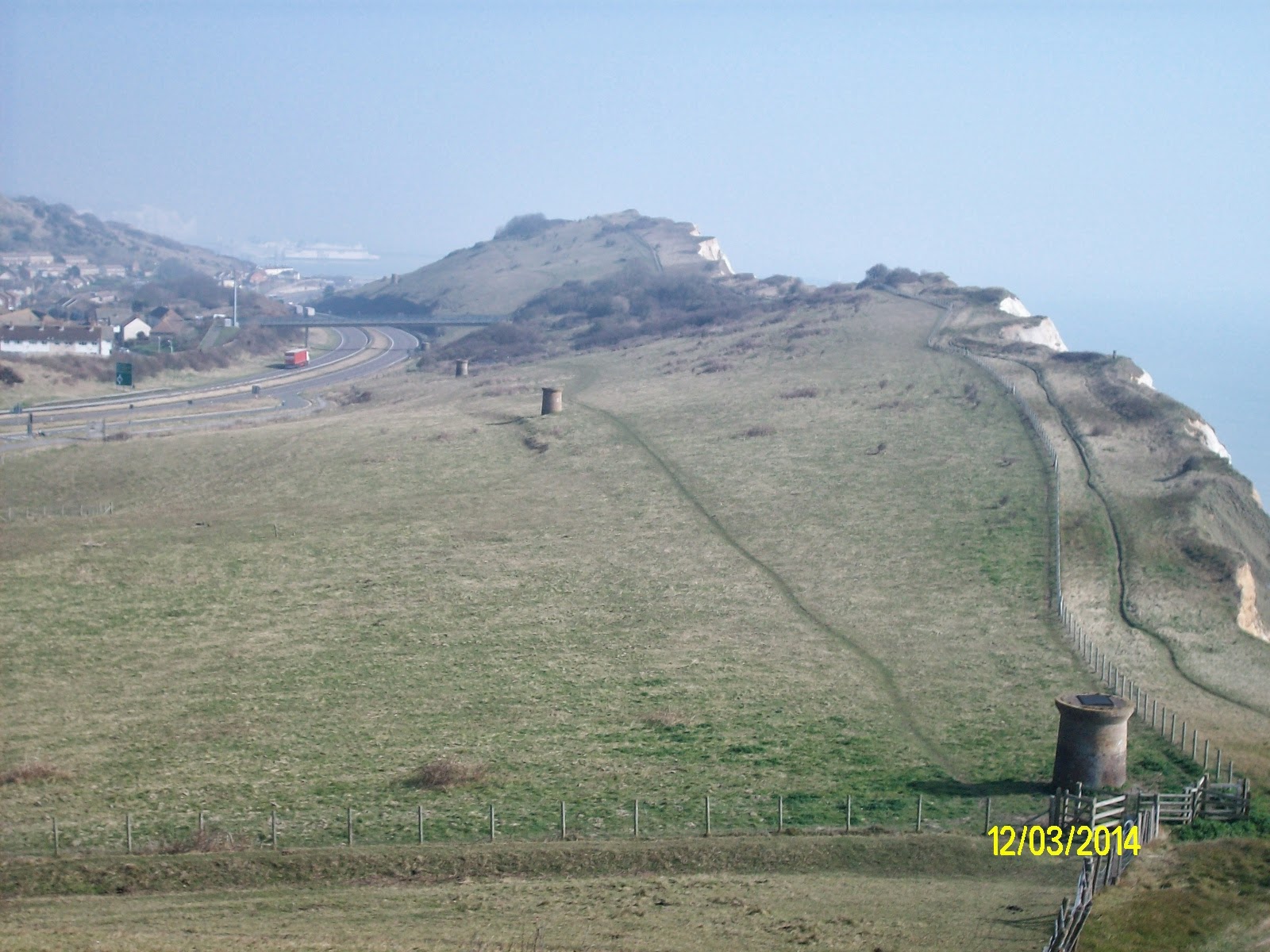 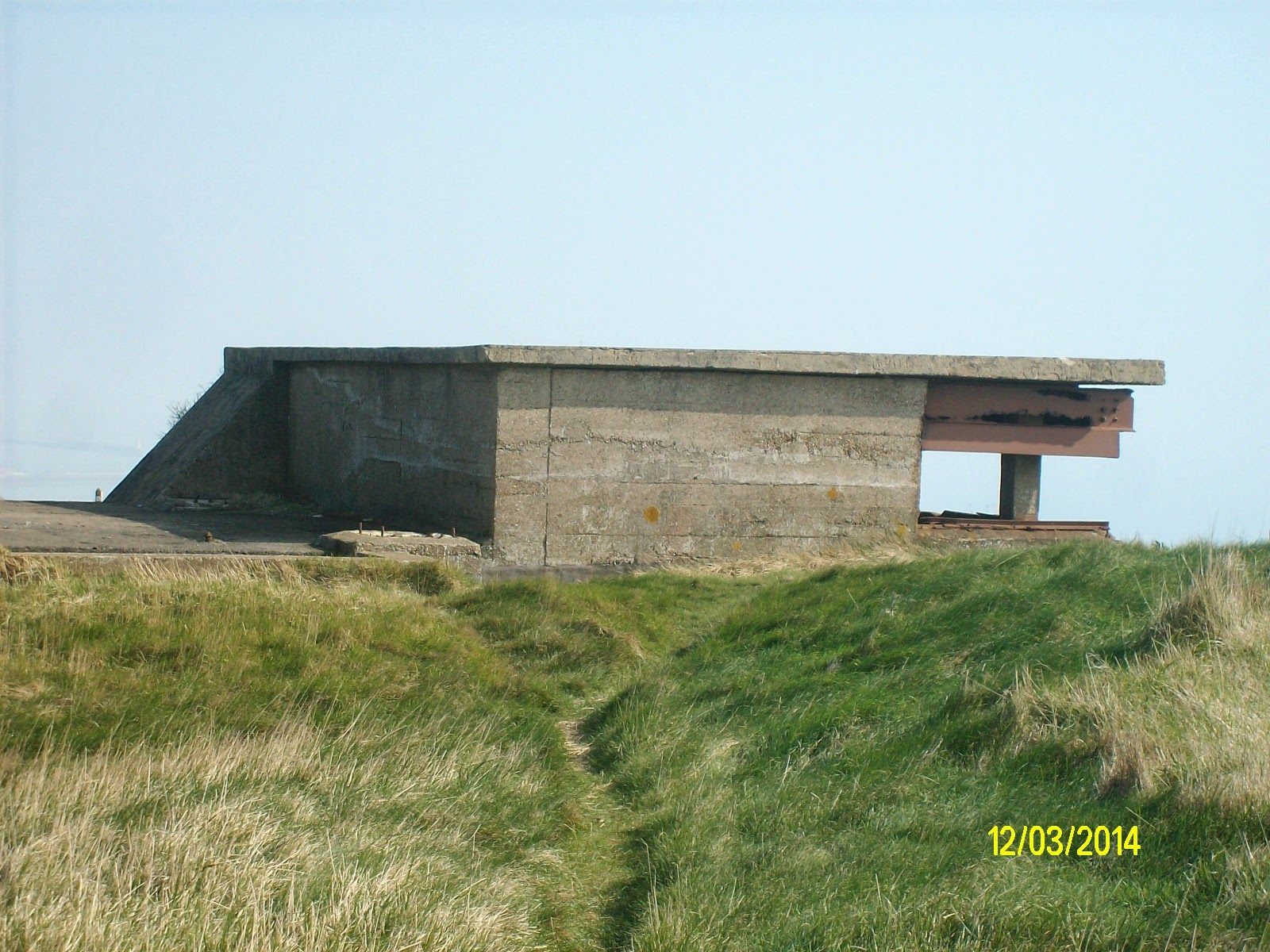 World War 2 defence bunker – looking out to the Channel 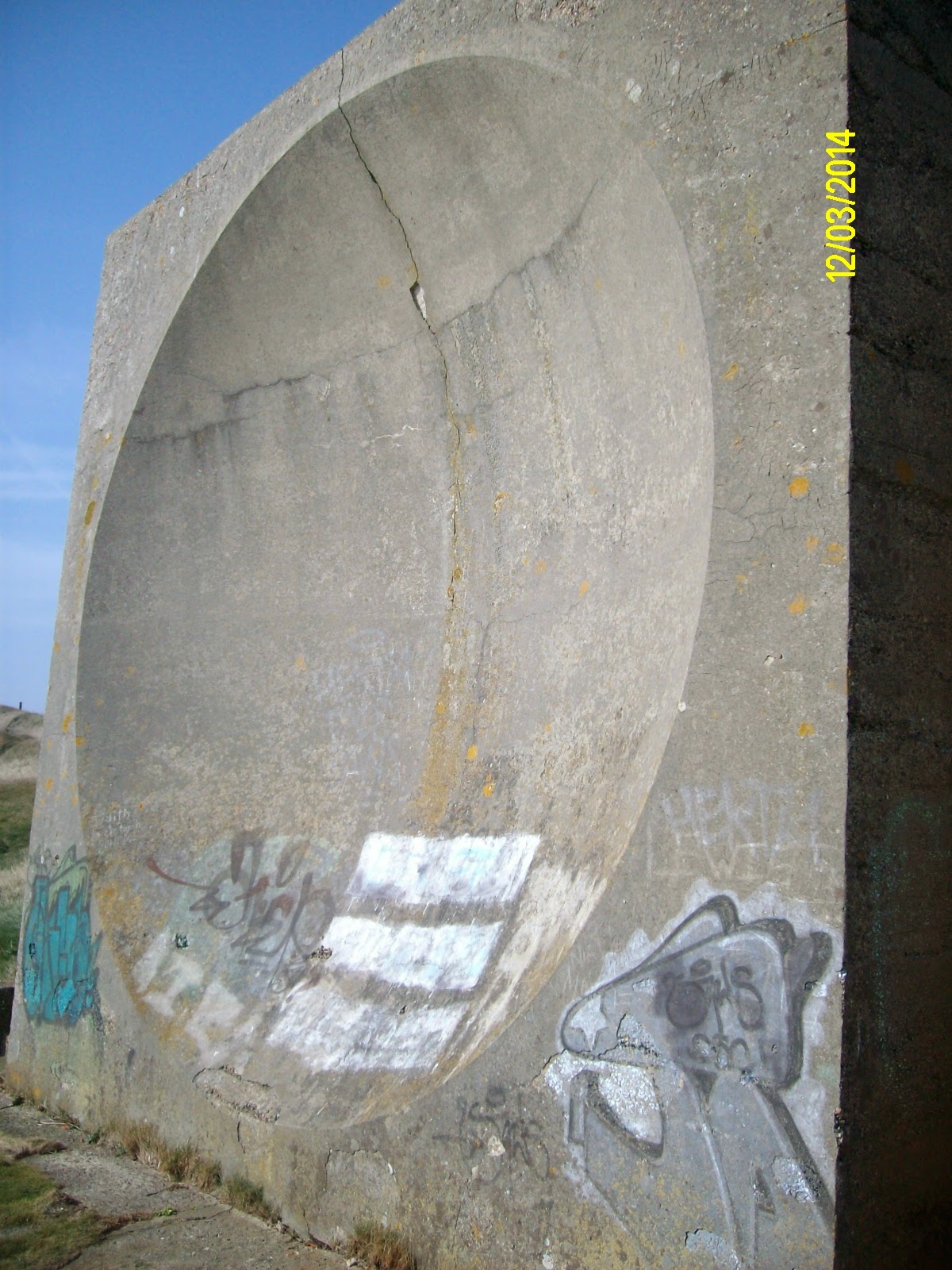 Another WW2 defensive structure – what is it? Answer at the end of the post 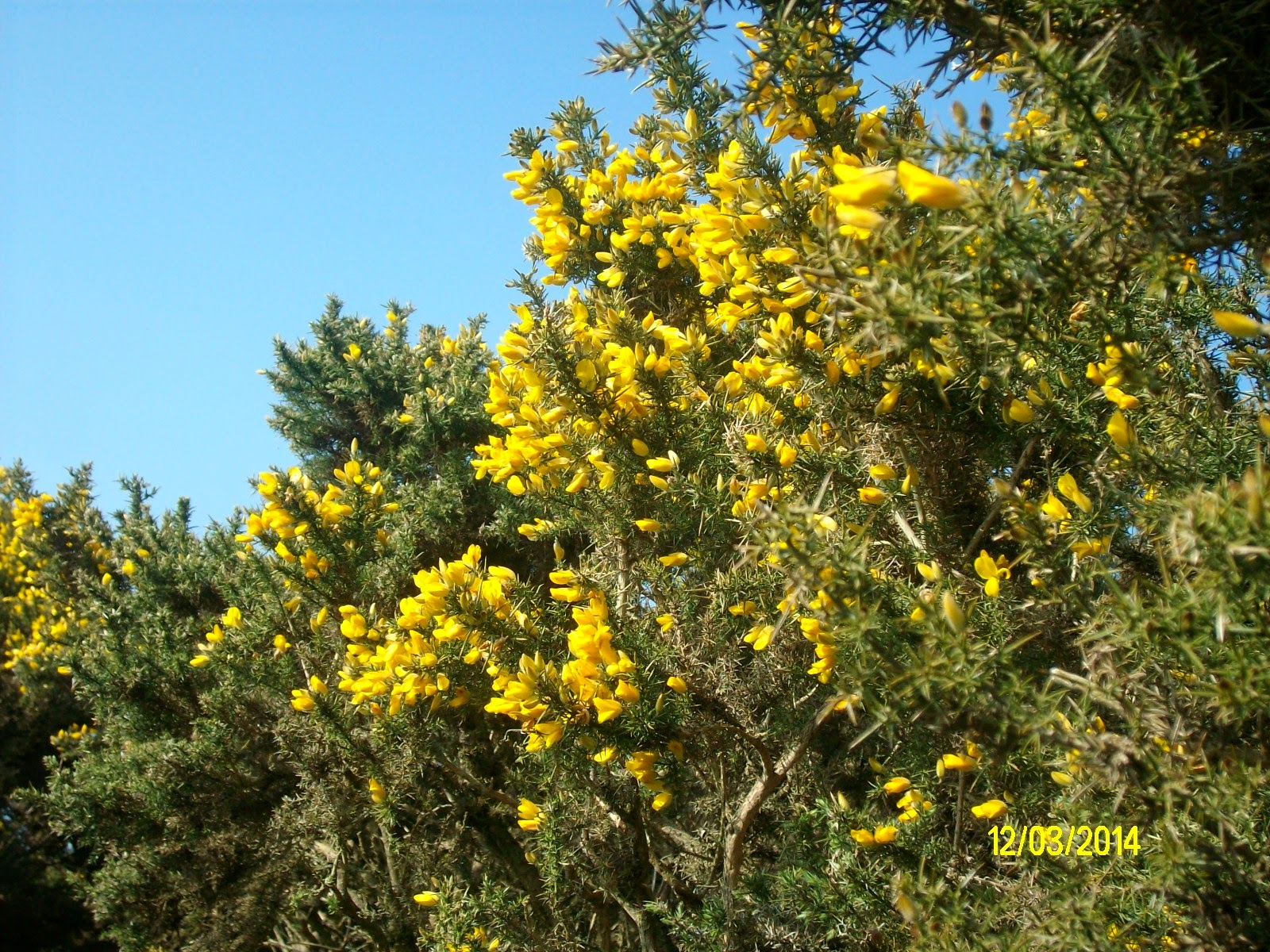 Yellow gorse. A sign of spring arriving on what was a lovely day! 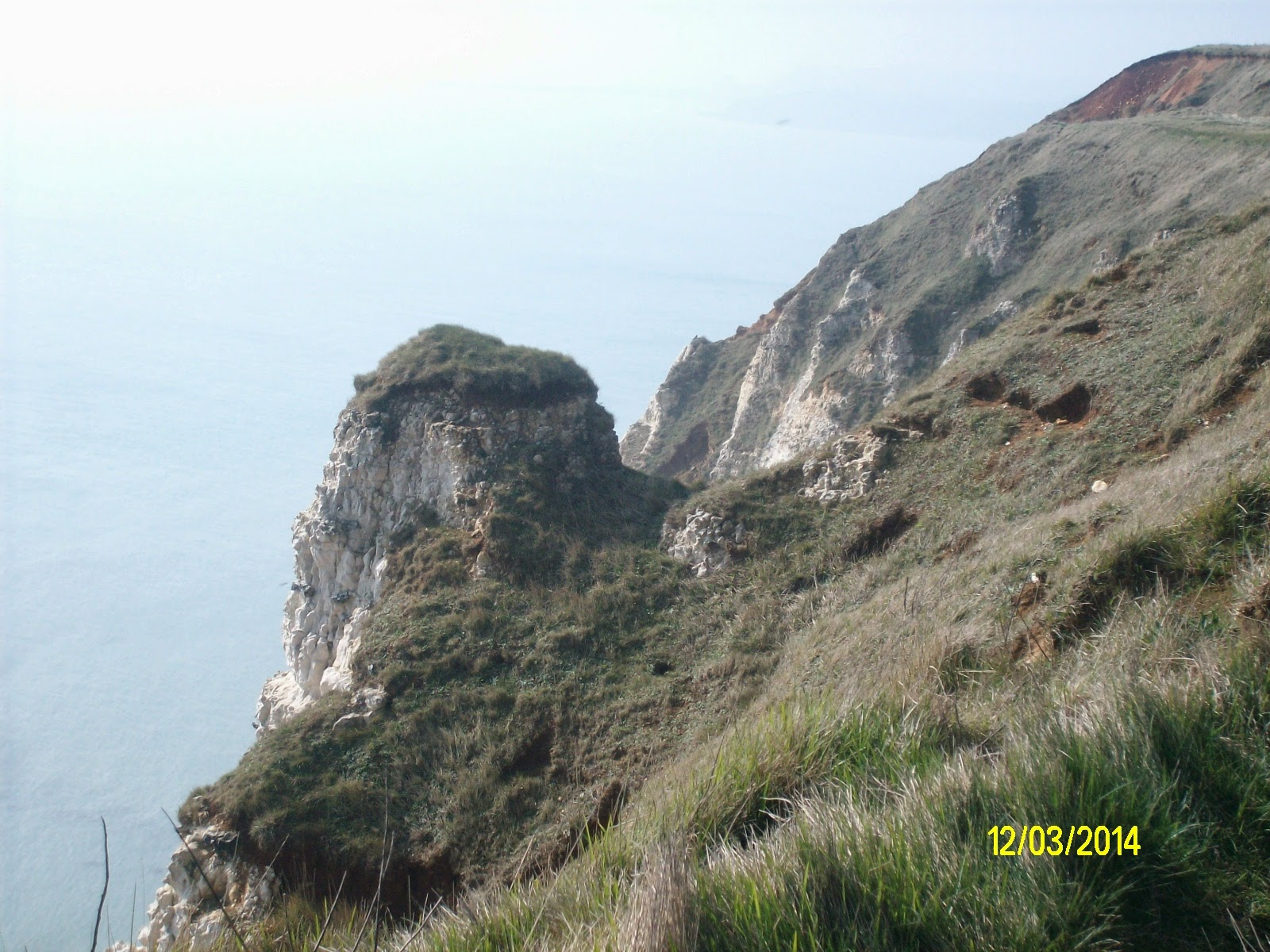 Looking at the erosion of the softer chalk cliffs 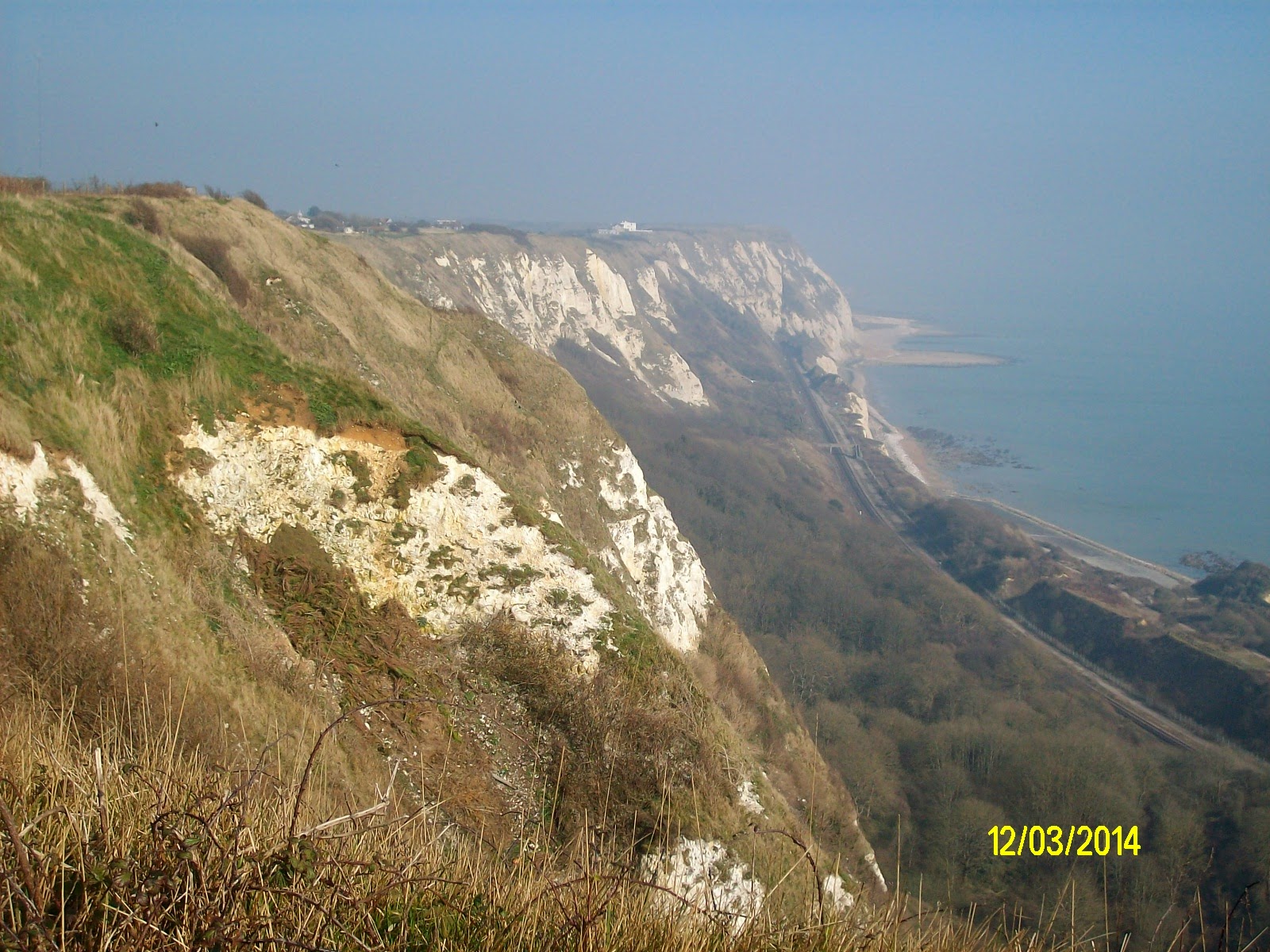 The (almost) white cliffs of Dover


Further along the N.Downs Way, we came across a Memorial to the Battle of Britain.


It was an evocative area to remind us of the bravery and sacrifice given by the men and women of the RAF to defend our shores in the gravest period of WW2.


Reminders of our past 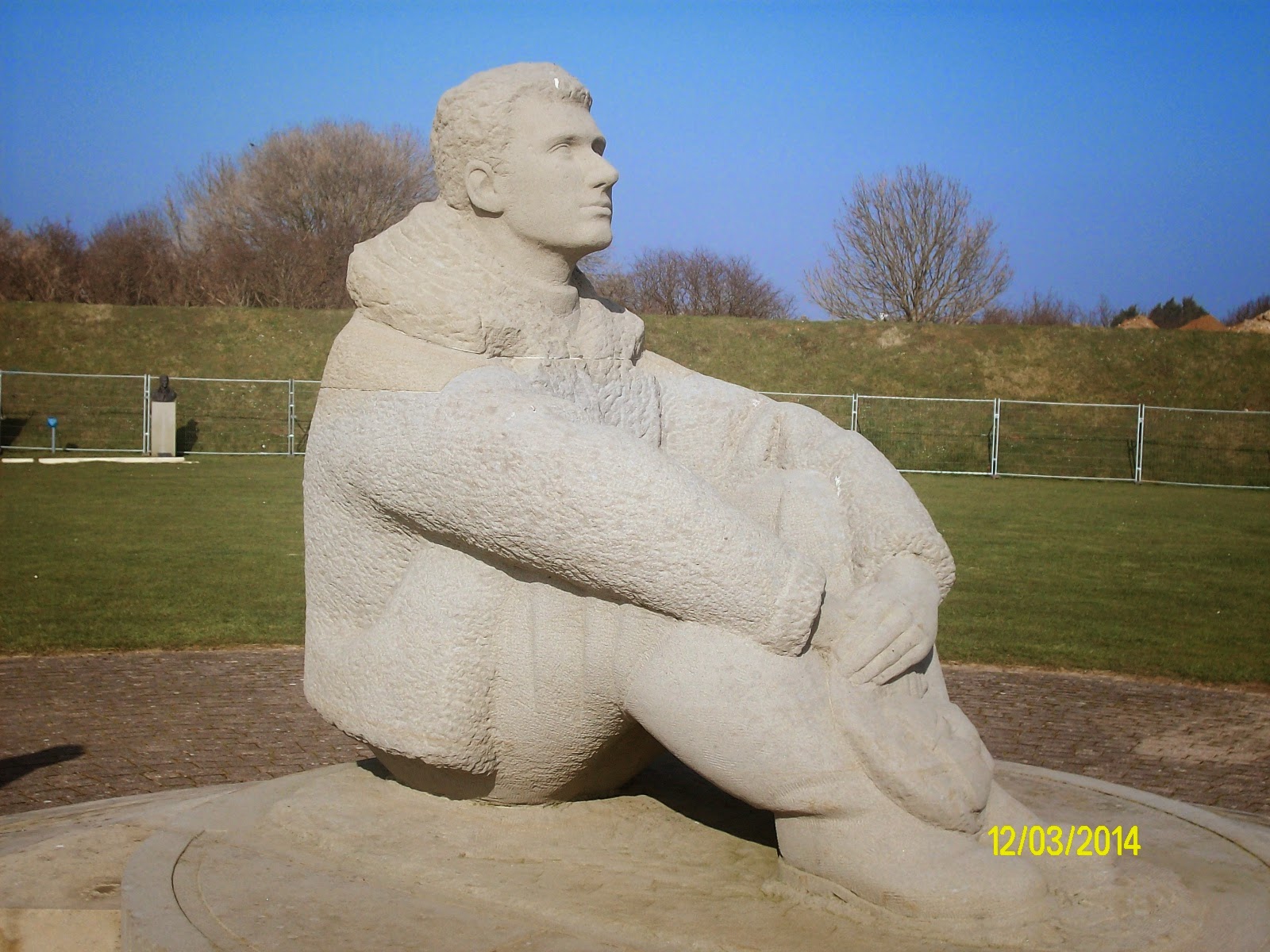 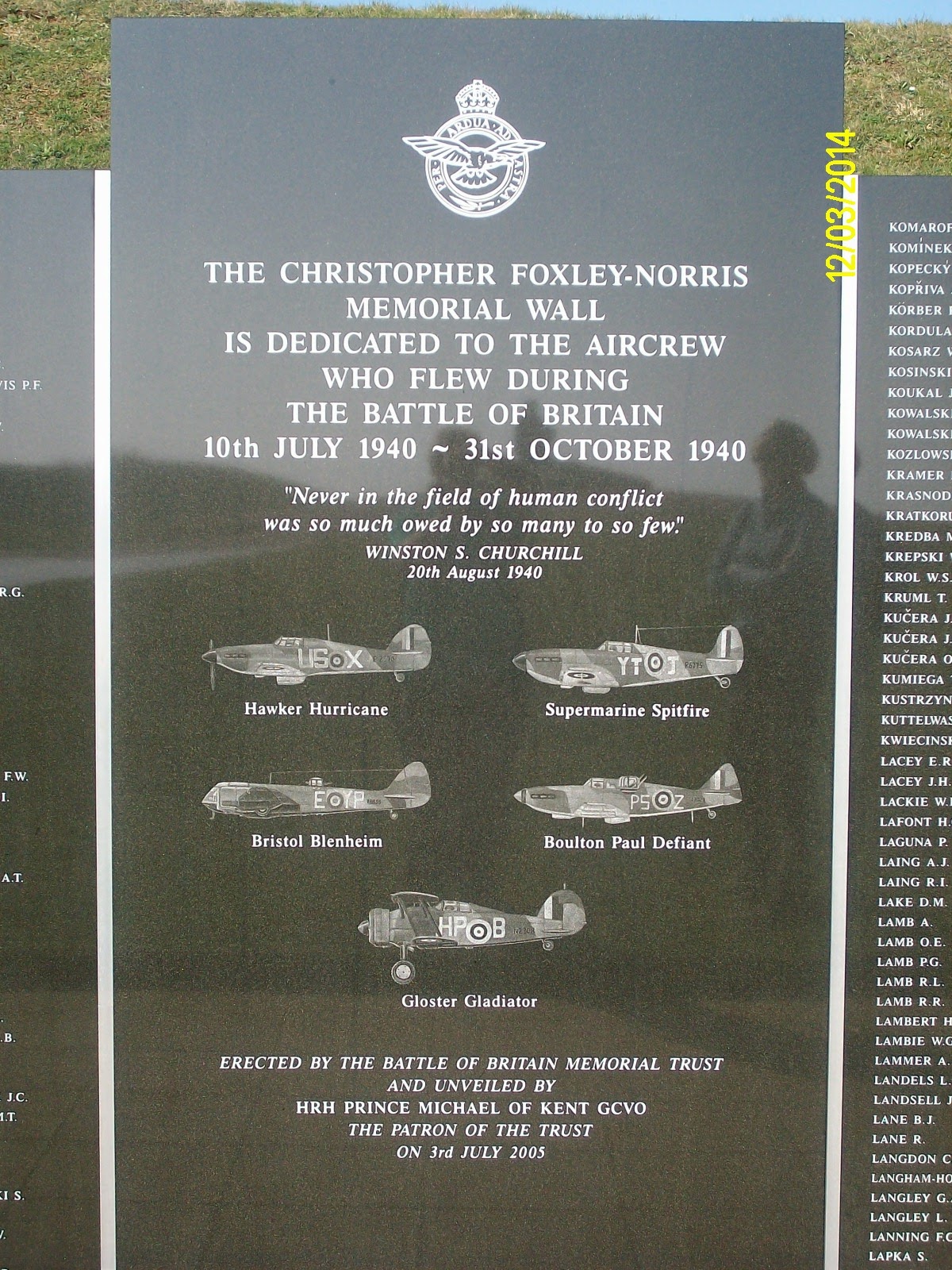 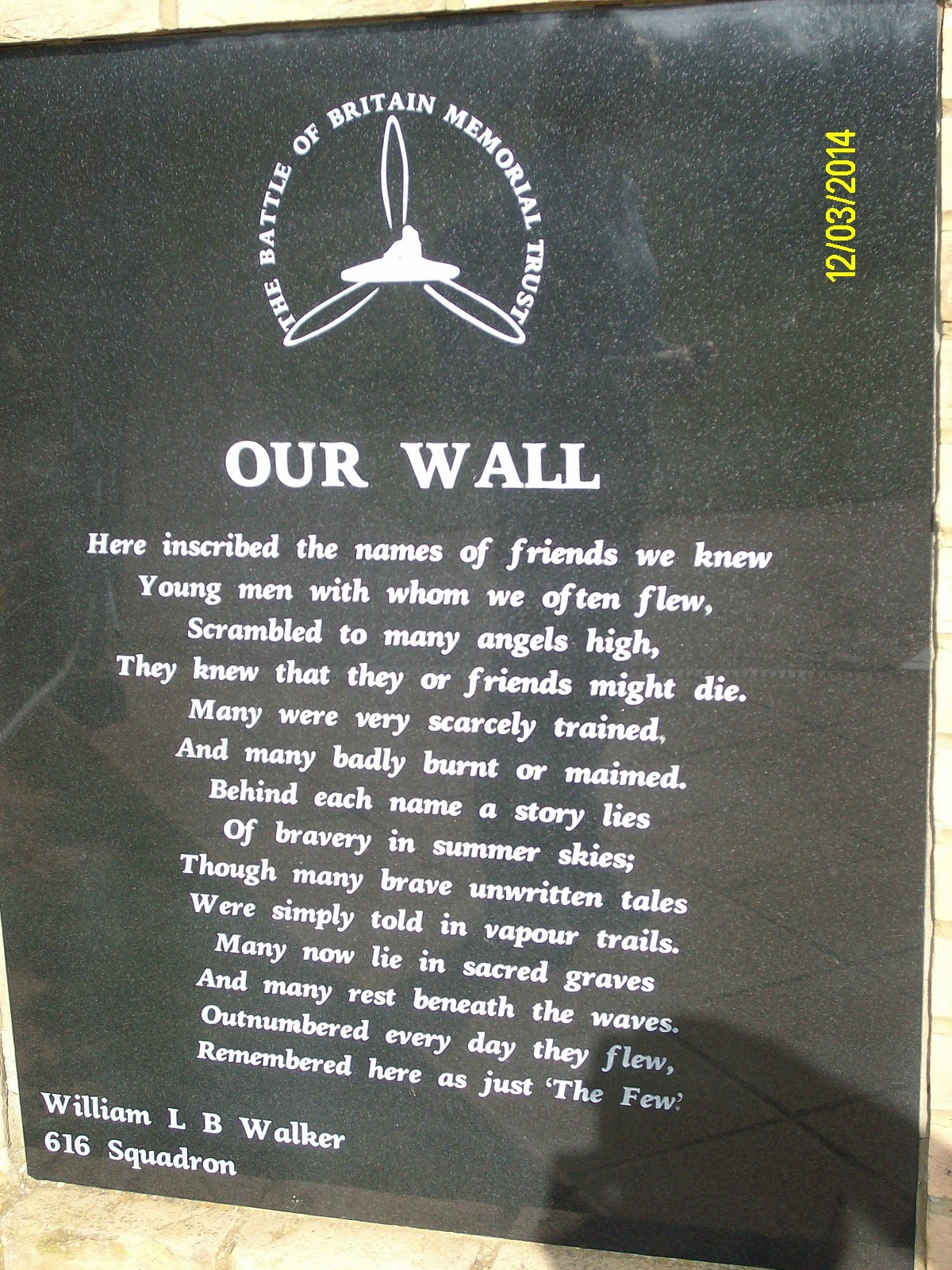 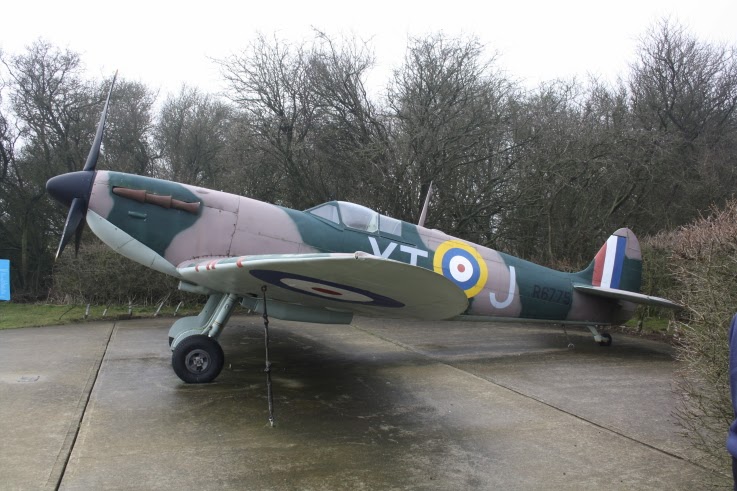 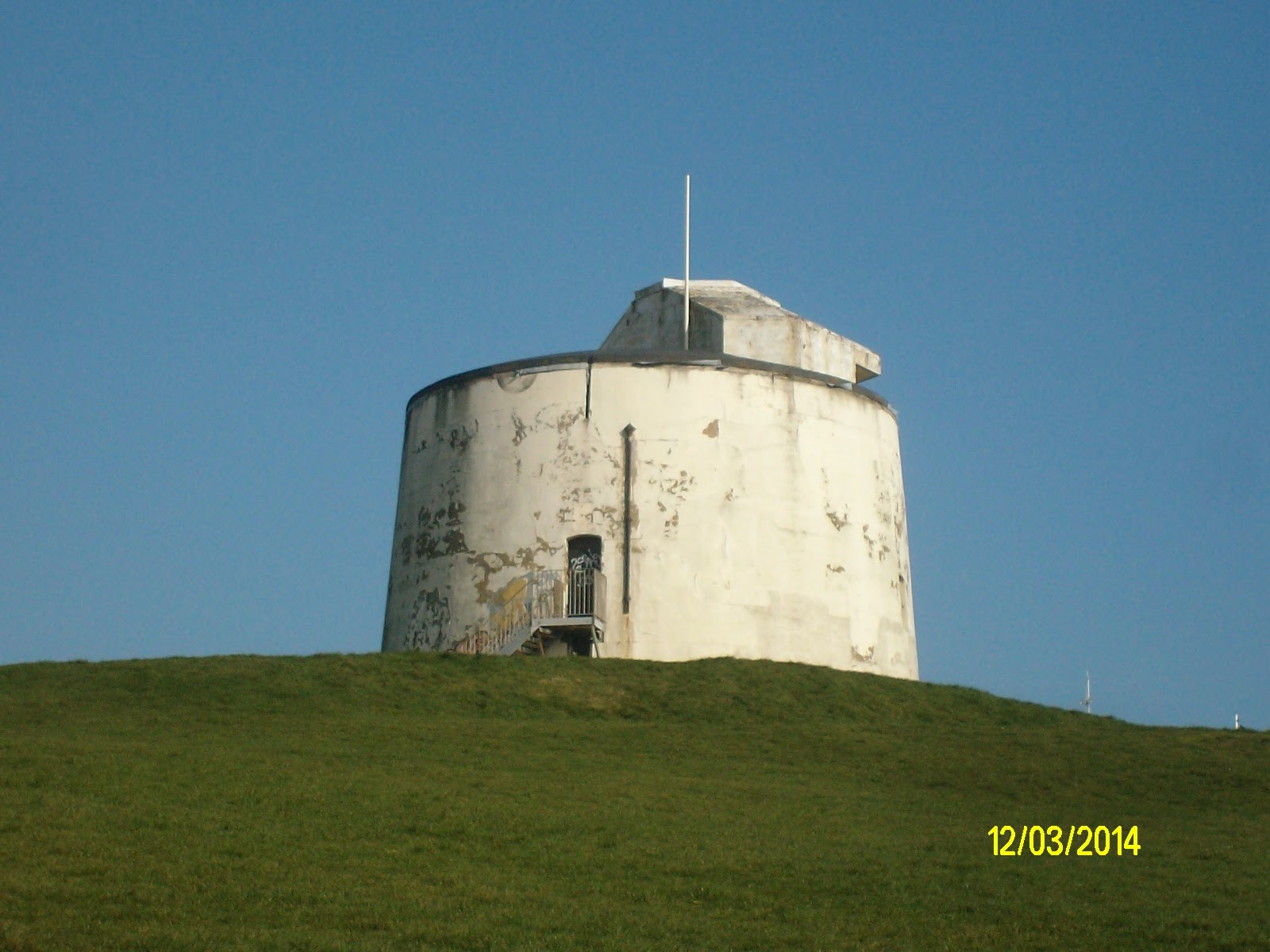 We finished our walk back to Folkestone Station and the car. This took us through the older town streets, where I spotted a sign of my patron saint! A great way to finish! 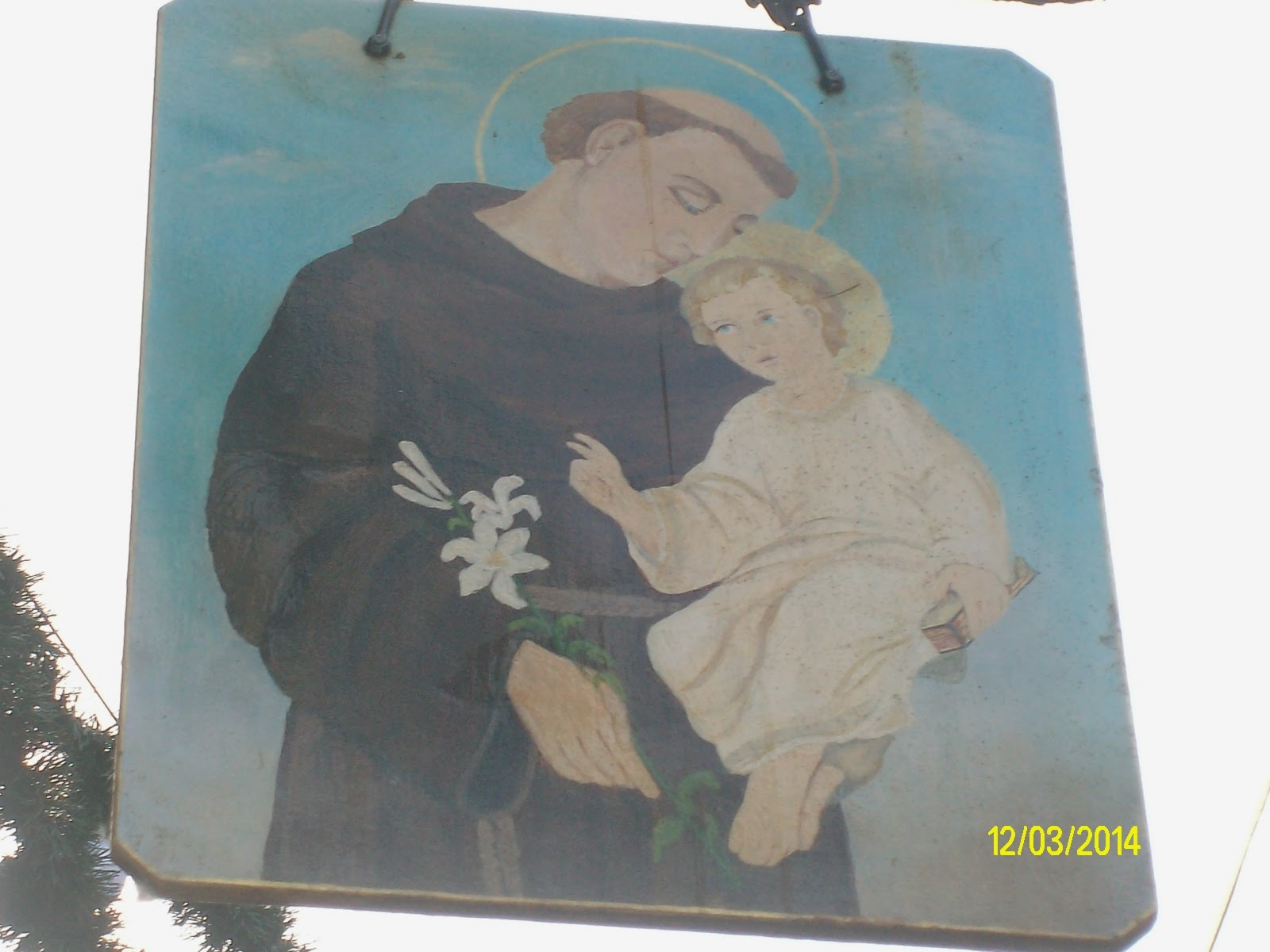 St.Anthony of Padua
Answer to Question above: This concrete dish-shaped structure was one of number built prior to World War 2 and the invention of radar. The concrete acoustic mirror was an early warning devices with the aim of detecting incoming enemy aircraft by the sound of their engines.