Kinder in the Peak District - from Red Brook April 2015

An 'A' Walk up onto Kinder, via the Red Brook

A good friend (an excellent walker) joined with me to recce a new walk I would like to do with the Ramblers.
Basically, it's a variation on the Kinder Plateau loop - though with the challenge and enjoyment of gaining the top via an ascent of the Red Brook. 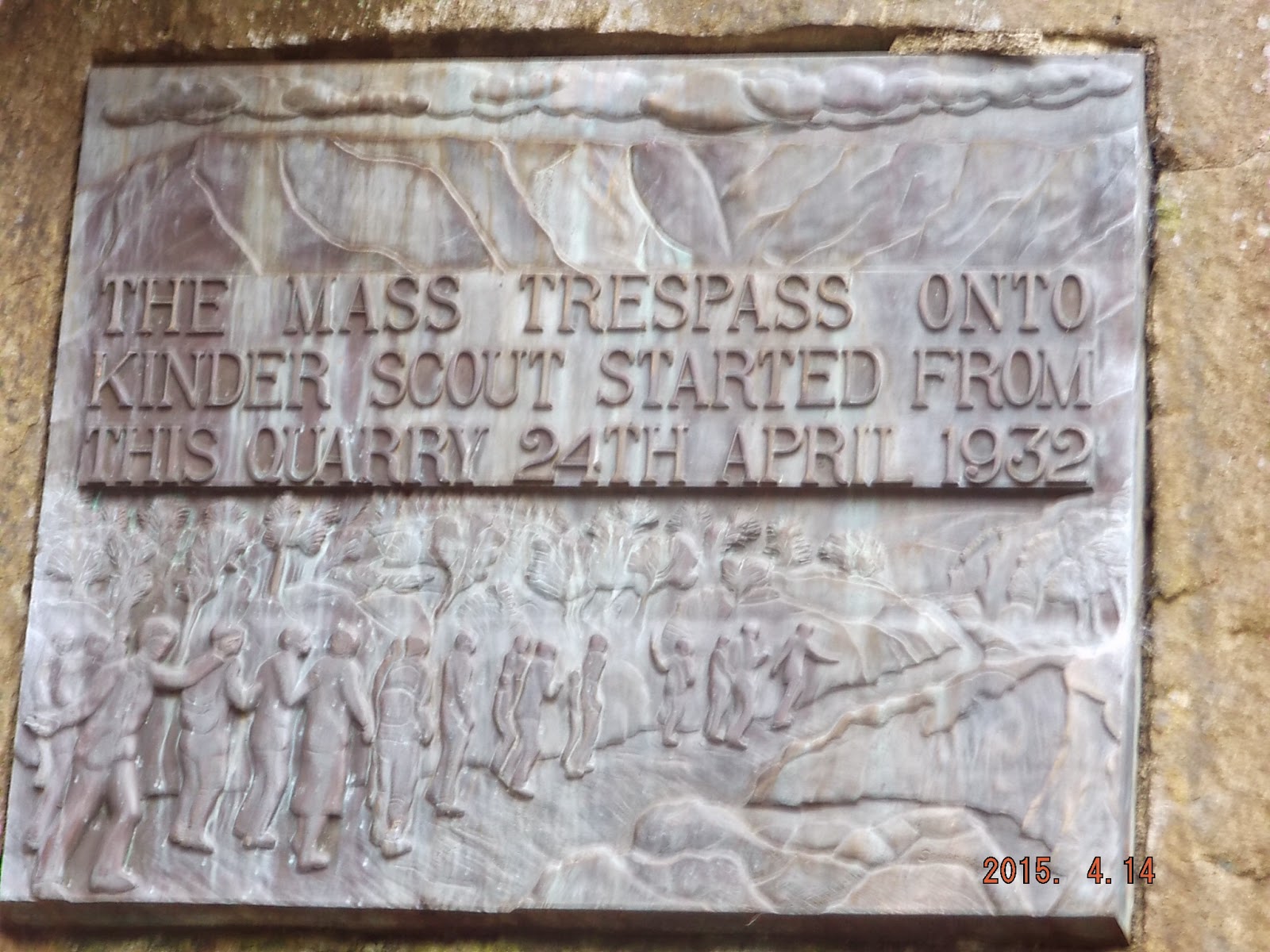 The plaque at Hayfield Quarry

We started at Bowden Bridge Quarry, just outside Hayfield - this was the gathering point for the mass trespass of Kinder Scout, held in April 1932, some 83 years ago this month.
Around 500 walkers, mostly from Manchester, gathered for a mass trespass up onto the Kinder plateau - there were some violent scuffles with local gamekeepers.

Although trespass was (and still isn't) a criminal offence, six walkers were arrested with some receiving jail sentences of up to 6 months for violence to the gamekeepers.
This was the beginning of the campaign by the Ramblers Association which eventually led to the passage of the National Parks legislation in 1949 and subsequently the Countryside and Rights of Way Act 2000. 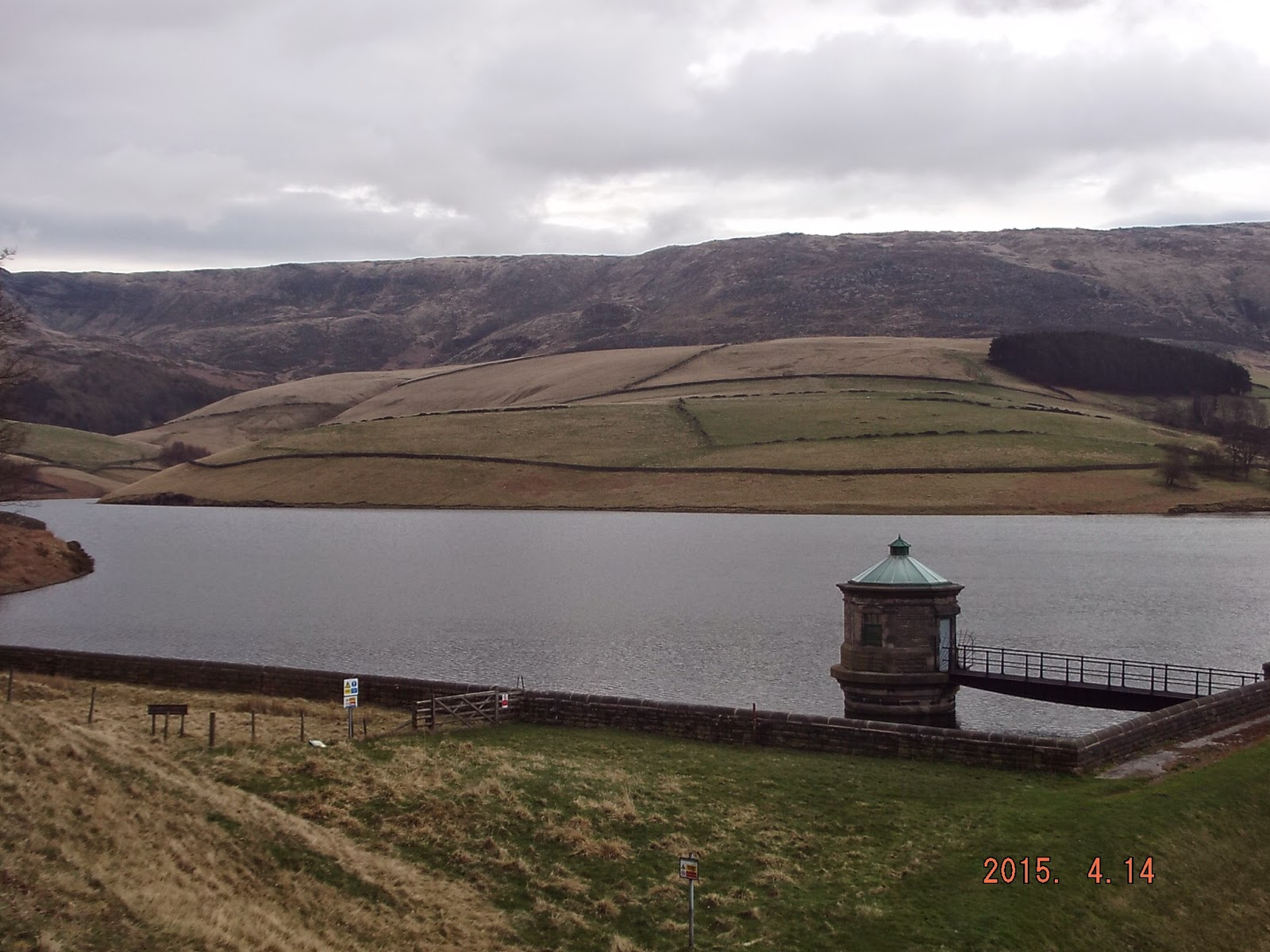 Walking up past Kinder Reservoir 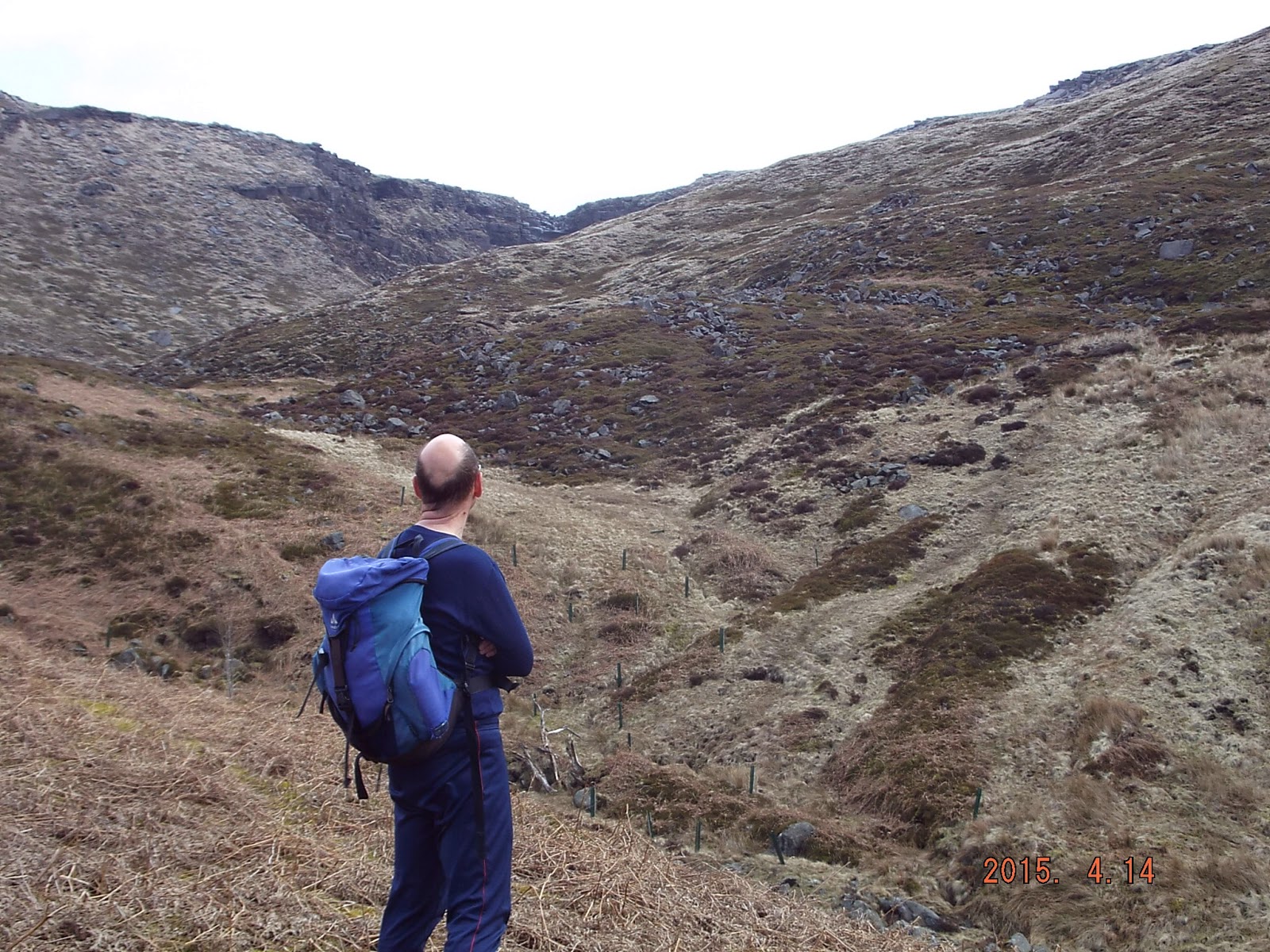 Adrian, my friend, looking up at Kinder 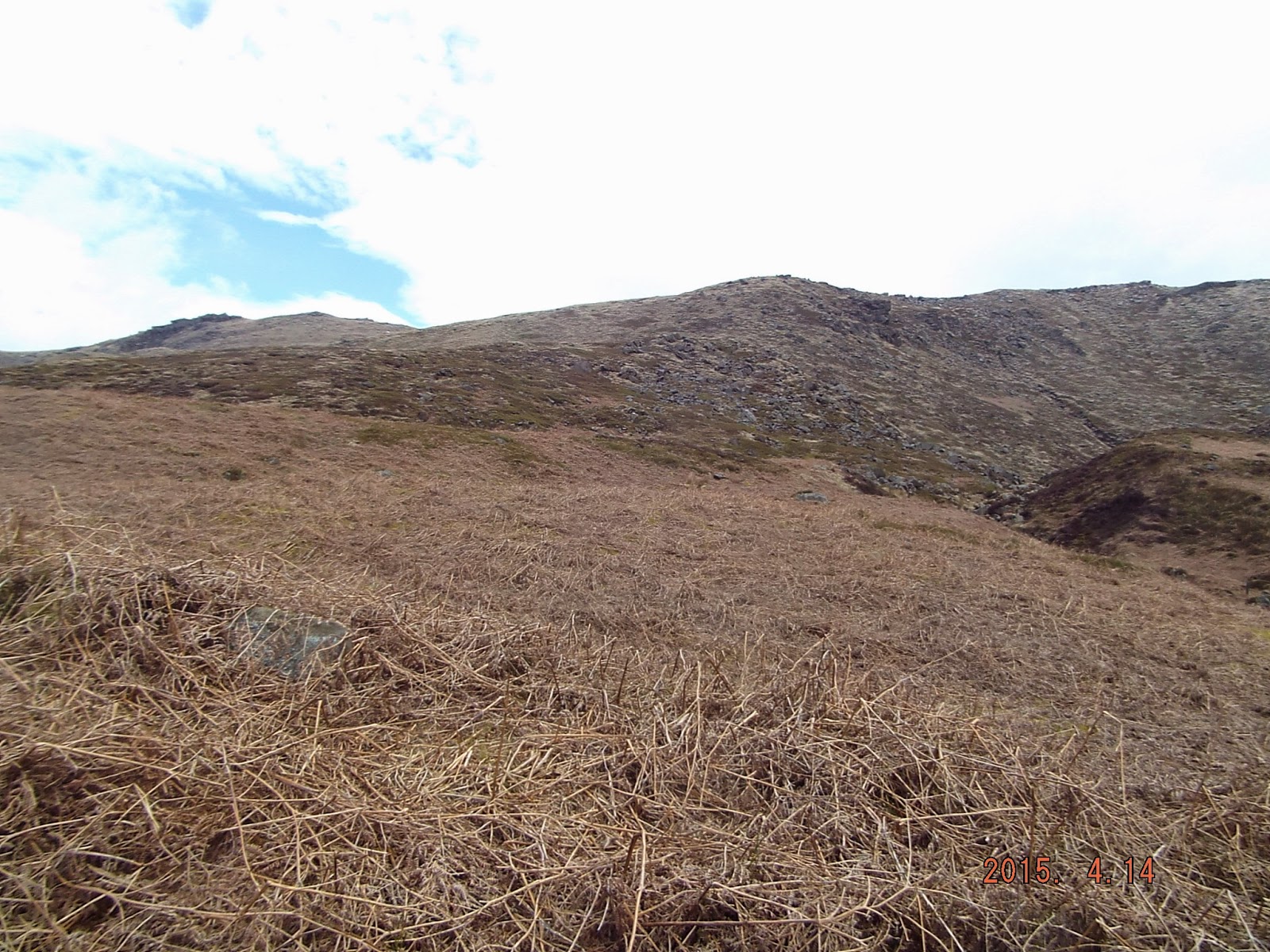 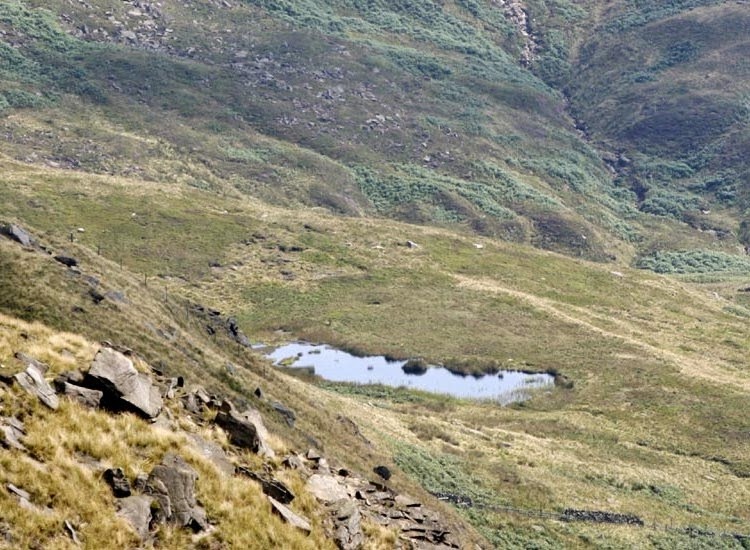 - A view of the Mermaid's Pool from above. This natural water feature is quite hard to locate as it sits in a slight hollow and can easily be missed if approached from below.

Mermaid's Pool is said to be inhabited by a beautiful mermaid. A 19th century account describes how she rises to the surface on Midsummer’s Day, and lures men to their deaths with her seductive singing. A poem illustrates this by relating how a shepherd boy fell in love with her, and, at her bidding, jumped into the pool to be with her, never to be seen again.
But other accounts describe her as benevolent, and say that she will grant eternal life on those who see her swimming in the pool, and that she can be found doing so every year at midnight on Easter Eve.
The pool is said to be salty due to its being connected to the Atlantic Ocean by a subterranean passage! 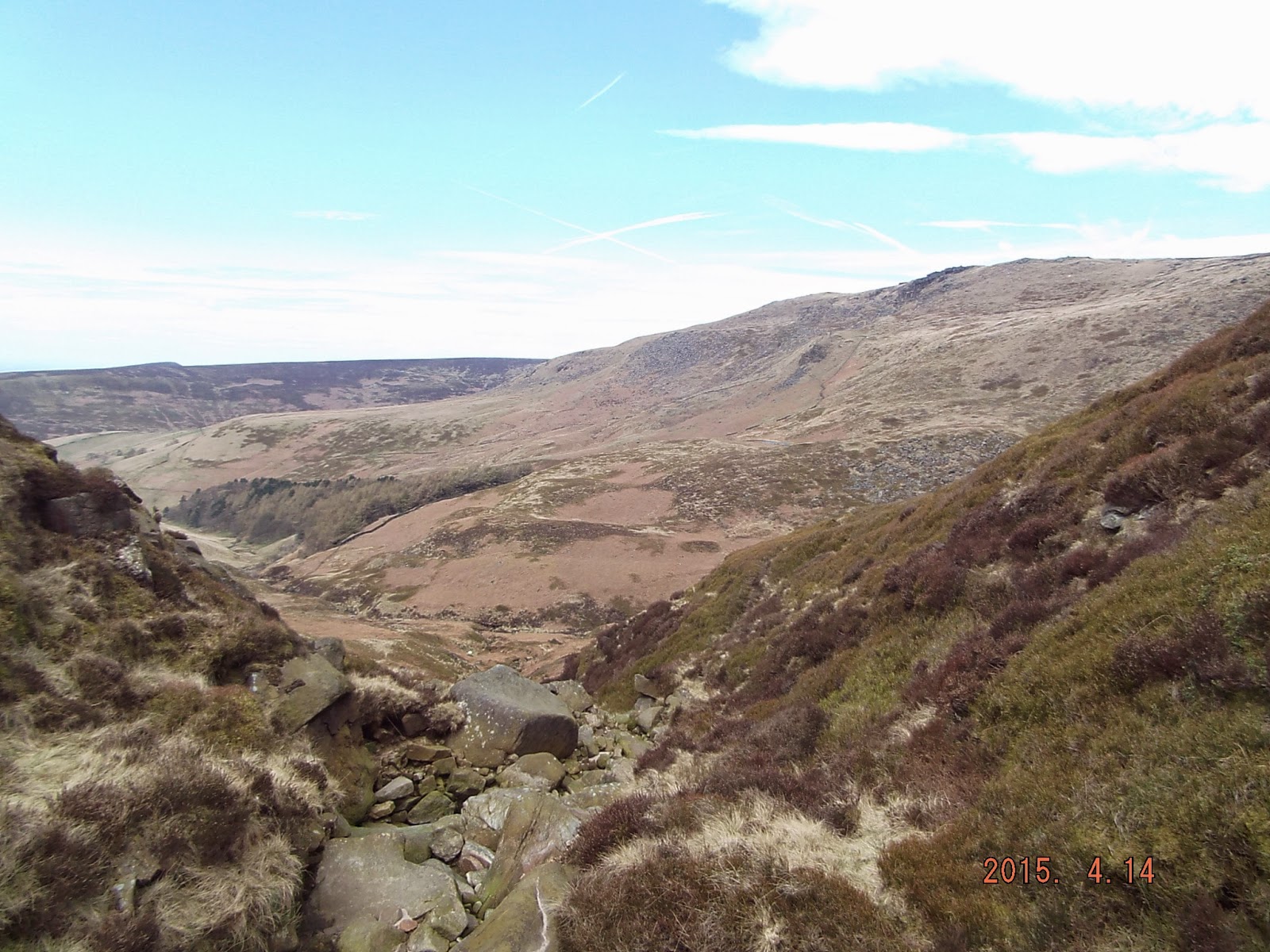 Looking back down Red Brook, having climbed half way 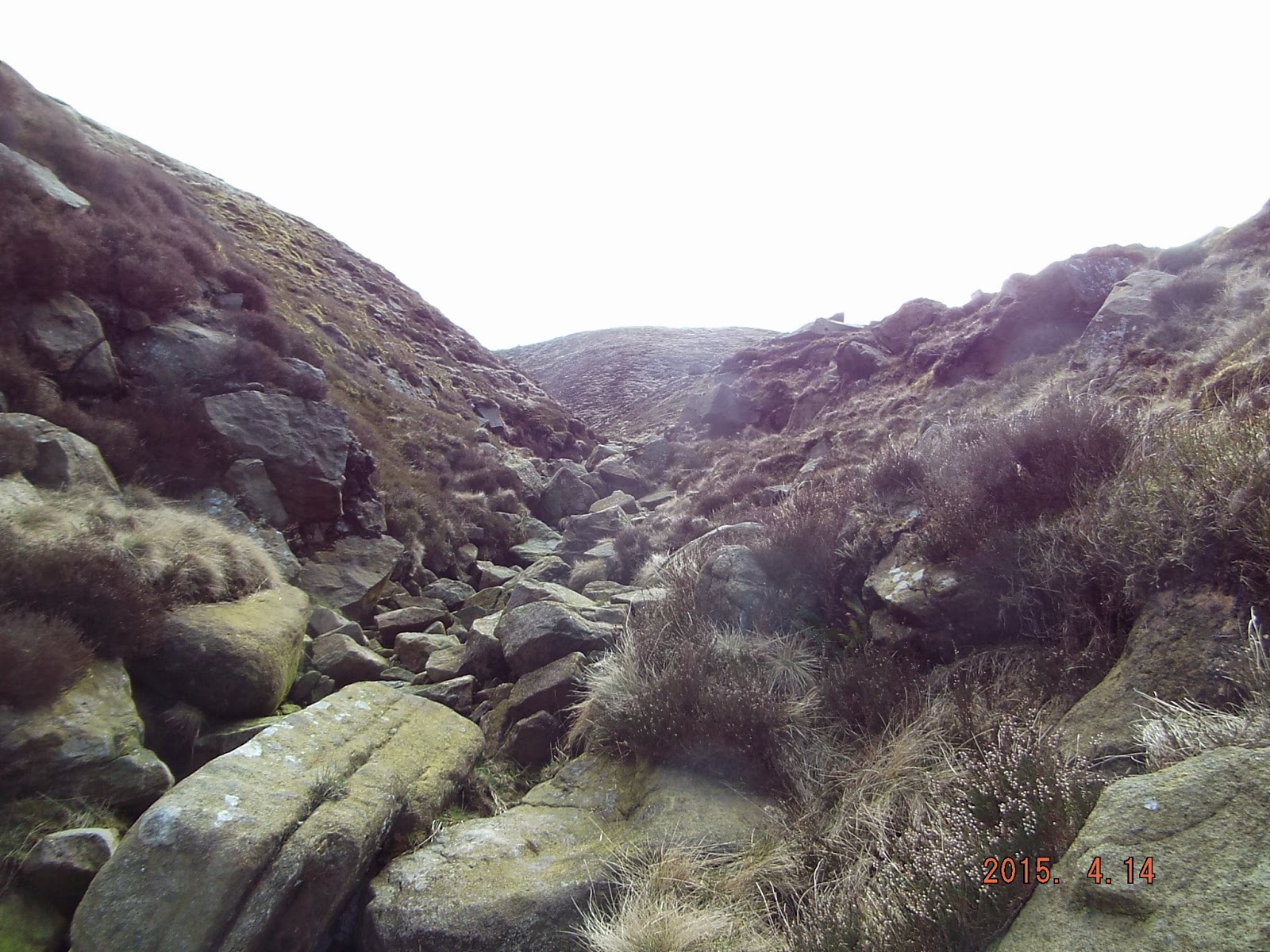 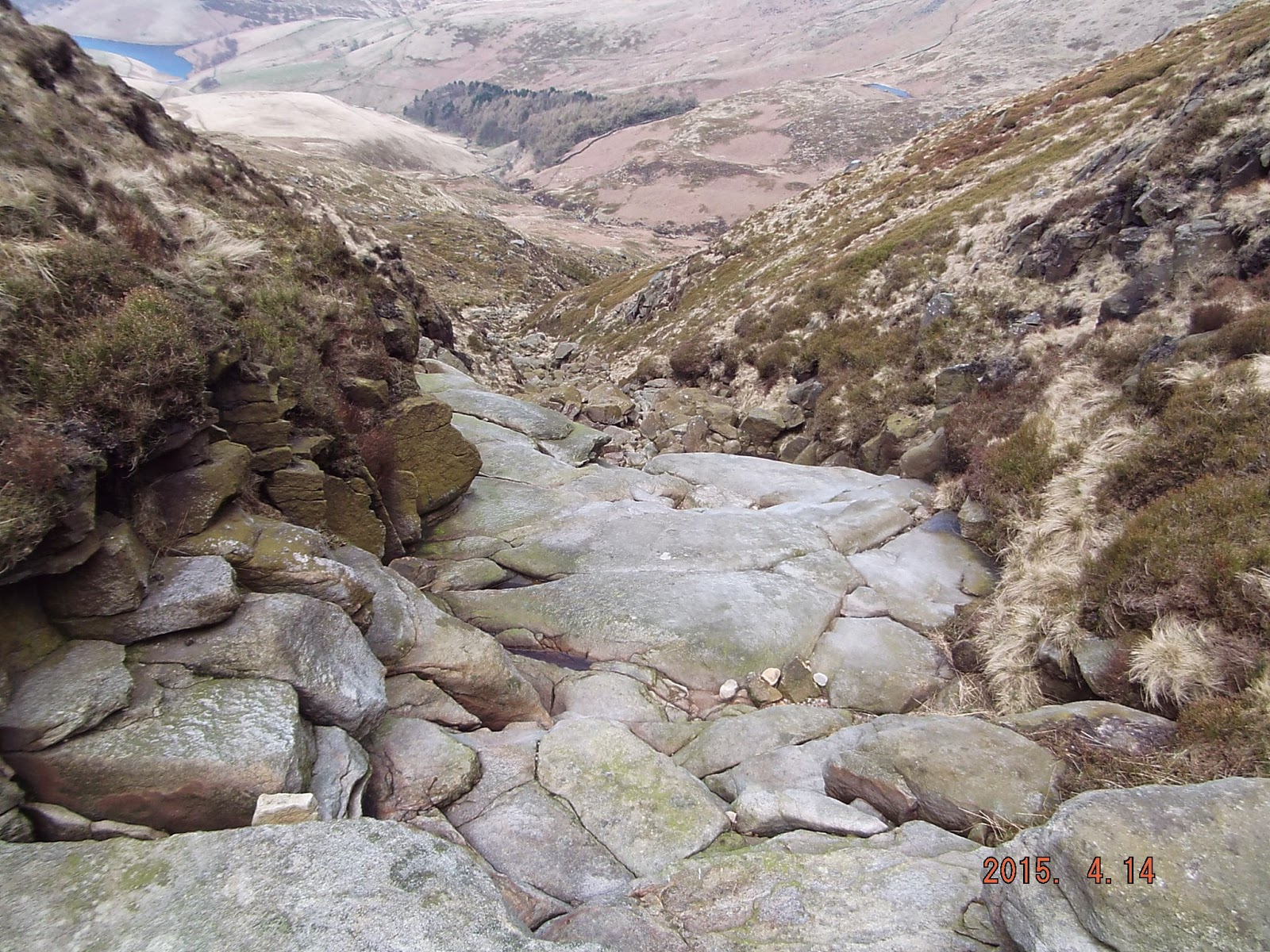 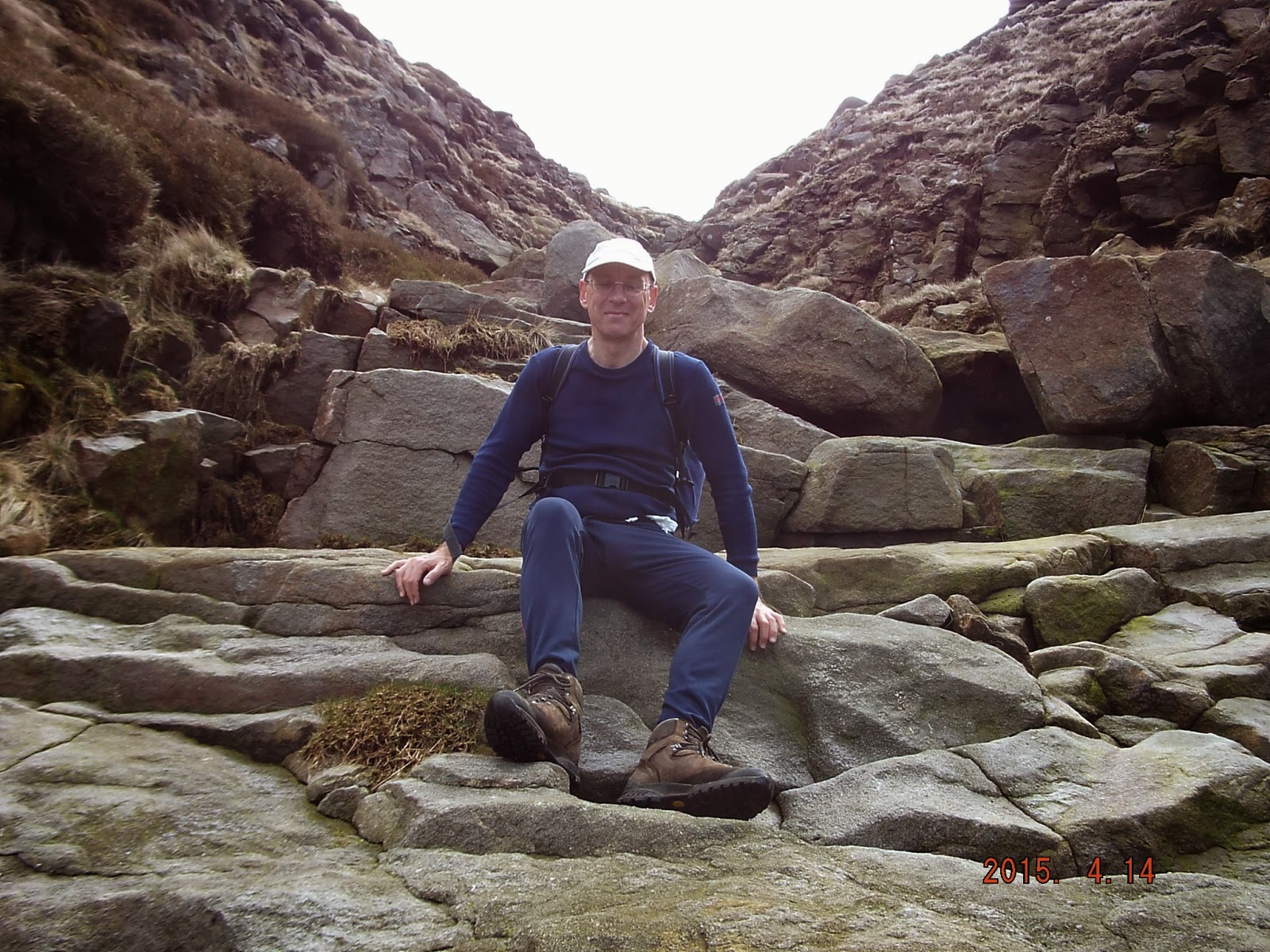 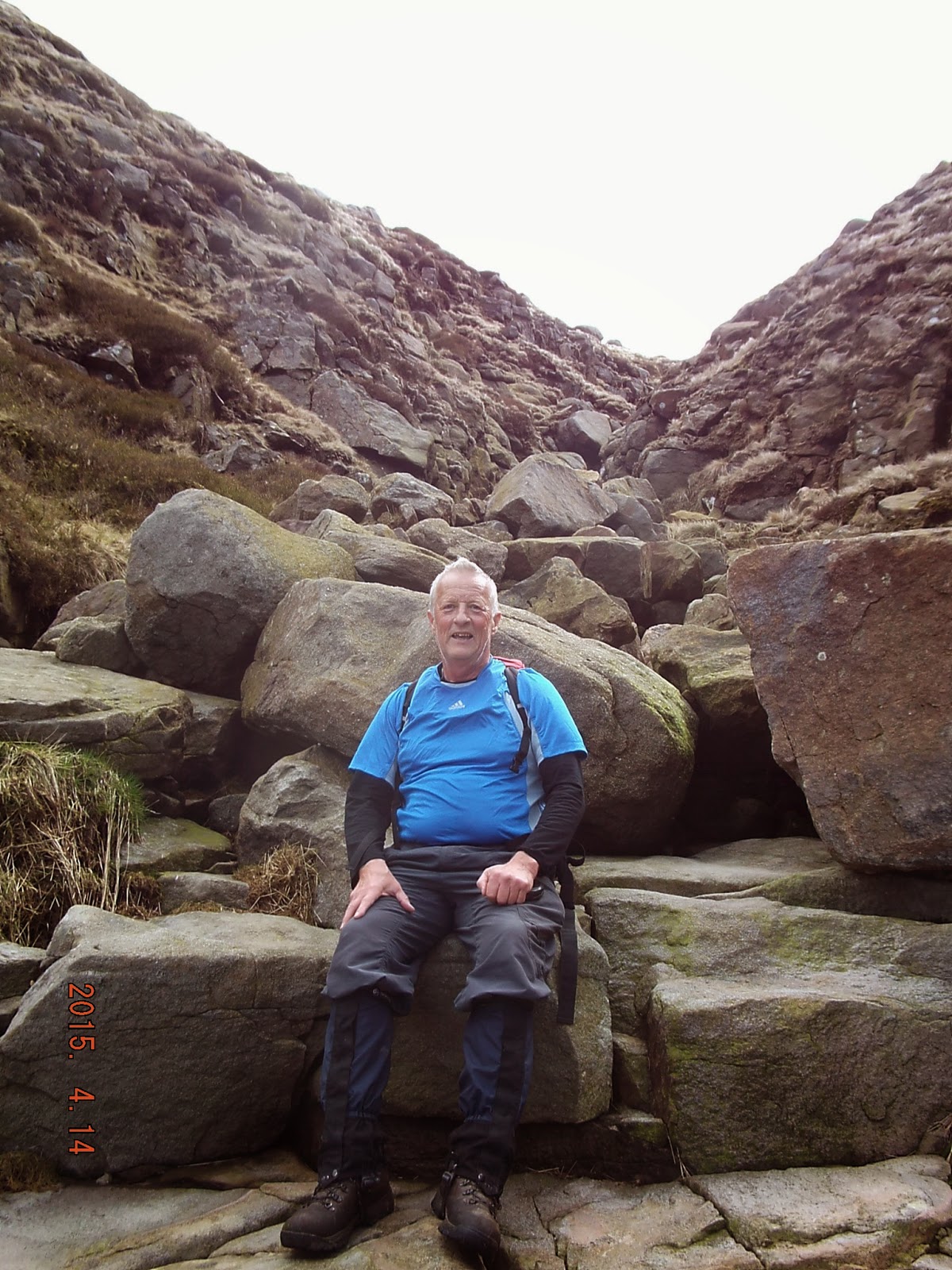 Here we are enjoying a breather! 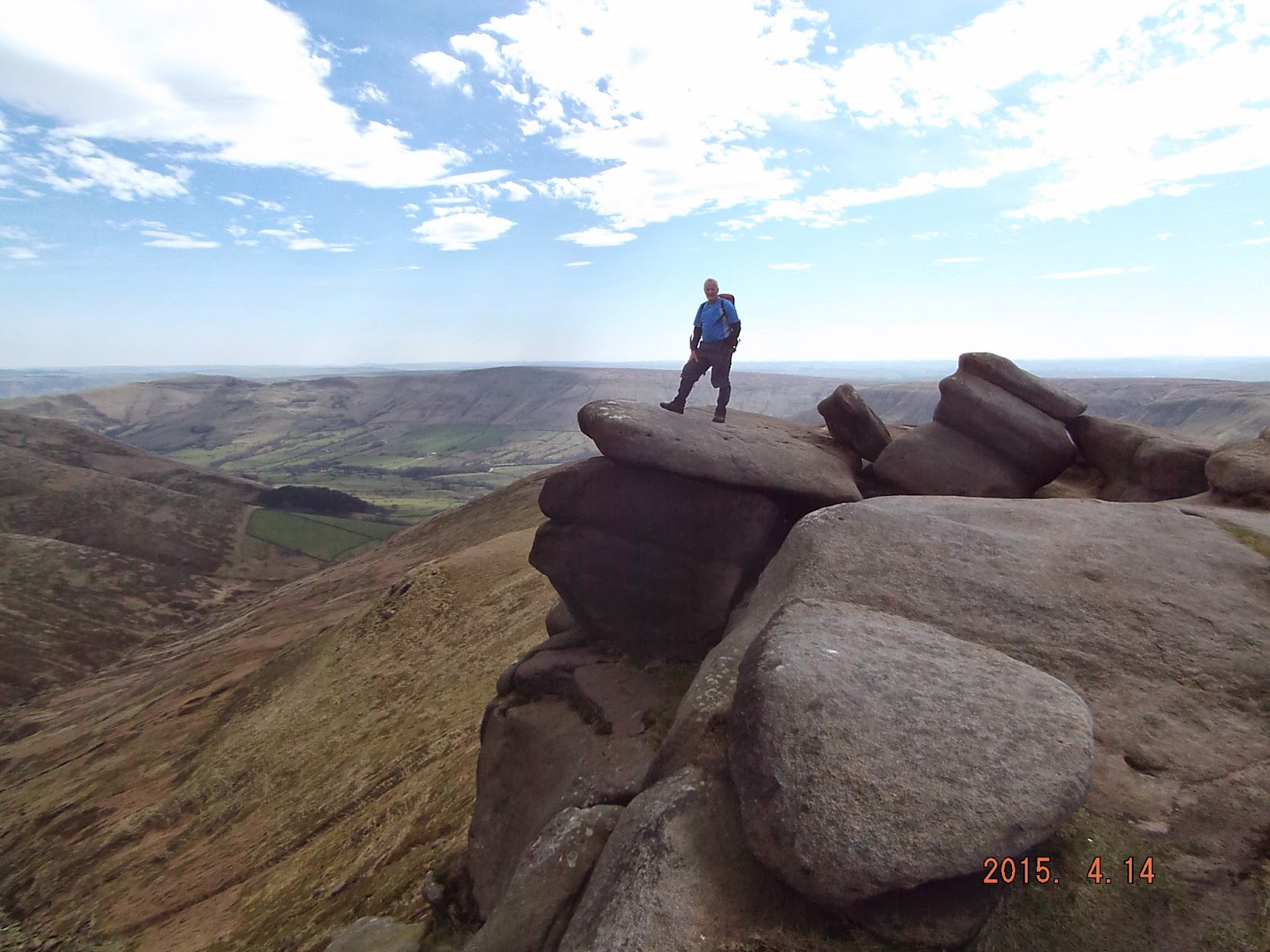 Further round the southern edge - here on top of Crowden Clough