Continuing my walk around the north end of Tresco, the dominant man-made features are the three castles controlling the harbours. 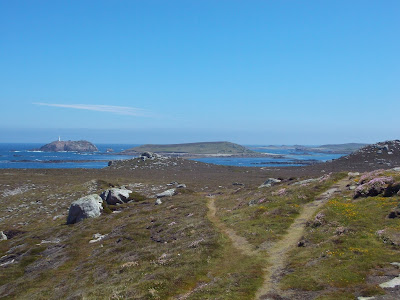 Looking east towards Round Island and Northwethel 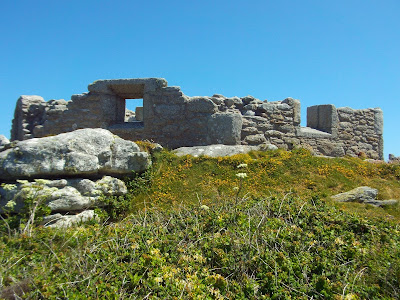 A view up to the King Charles' Castle guarding the sea channel of New Grimsby.
Despite it's name this was an artillery fort built in the reign of King Edward VI (1547-53) to guard against foreign warships and privateers.
It was finally blown up by the defending Royalist forces in 1651 when attacked by the overwhelming Parliamentary soldiers under Admiral Blake in the Third English Civil War 1949 - 1951 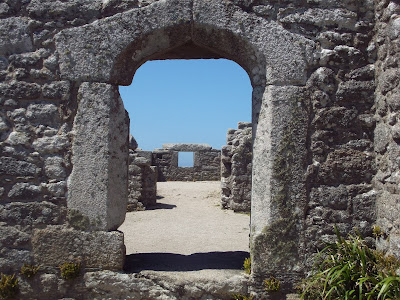 Looking through the guard room entrance towards the gun floor 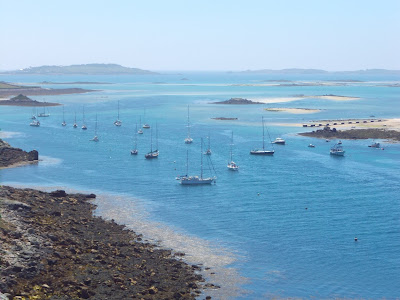 A view down at Tresco Sound and the New Grimsby harbour 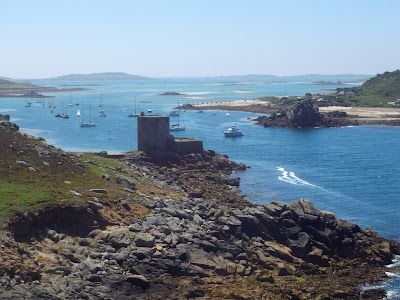 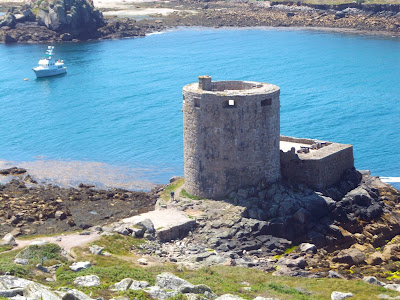 The Tower was built by Cromwell's forces in 1651 with 6 guns on the top gun platform.
Later in around 1740 it was extended with the ground gun platform for a number of heavier guns 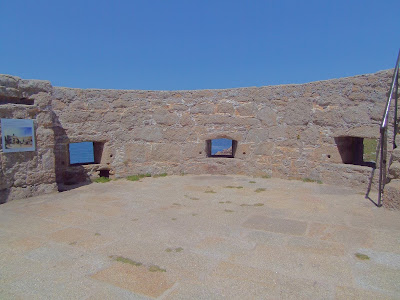 Inside the top floor of the tower - with the gun ports 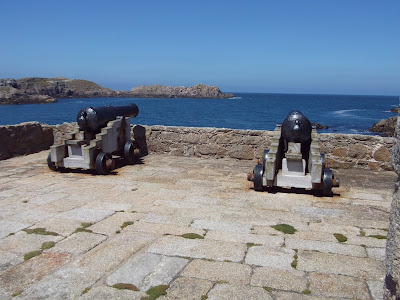 Looking north - out to sea on the Tresco-Bryher Channel 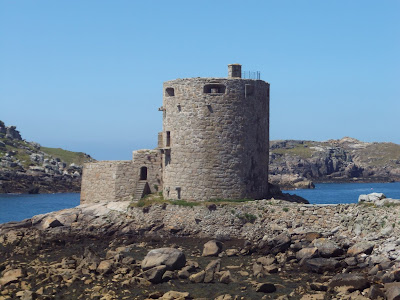 Later on in the day, I walked around the southern half of Tresco and approached the Old Grimsby Harbour and the Old Blockhouse, built 1548-50. This time from the landward side.
Again, this artillery fort featured in the Civil War of 1951 - succumbing to Admiral Blake's Parliamentary Forces 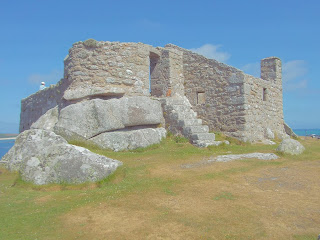 The Old Blockhouse on Tresco
Posted by Unknown at 05:05