It was my turn to lead the Ramblers on this challenging and unusual route.
7 members with 2 guests joined with me at Bowden Quarry CP for the day's adventure. We first paid our respects at the plaque commemorating the Mass Trespass of Kinder in April 1932 that led the way to open access on the fells. Taking the contour route across the front of Kinder edge, the Leader was spot on with map and nose navigation to find the Mermaid's Pool - she was elusive as ever! Then came the big clamber up Red Brook, proving a challenge for all - each picking a route to suit of their own choice. After a well-earned break at the top, we followed the southern Kinder Edge round to Crowden Tower and dropped down the rugged Crowden Brook path. What goes down must be climbed - this time up the Jacob's Ladder. Love it or hate it, it was the way back. Our 2 guests took the direct route back whilst we followed the ridge around to the delightful South Head and Mount Famine with the awesome 360 degree vistas. 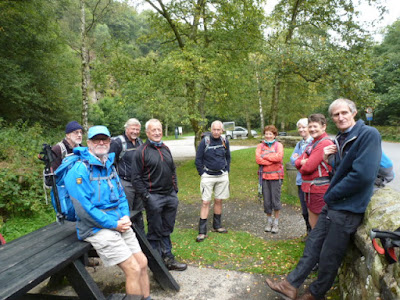 The Ramblers group await the start 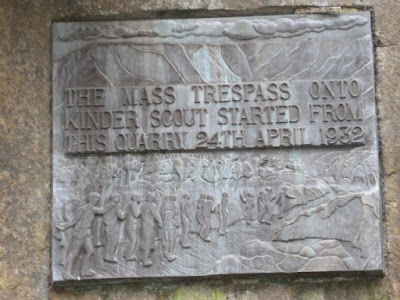 We started at Bowden Bridge Quarry, just outside Hayfield - this was the gathering point for the mass trespass of Kinder Scout, held in April 1932, some 83 years ago this year.
Around 500 walkers, mostly from Manchester, gathered for a mass trespass up onto the Kinder plateau - there were some violent scuffles with local gamekeepers.
Although trespass was (and still isn't) a criminal offence, six walkers were arrested with some receiving jail sentences of up to 6 months for violence to the gamekeepers.
This was the beginning of the campaign by the Ramblers Association which eventually led to the passage of the National Parks legislation in 1949 and subsequently the Countryside and Rights of Way Act 2000. 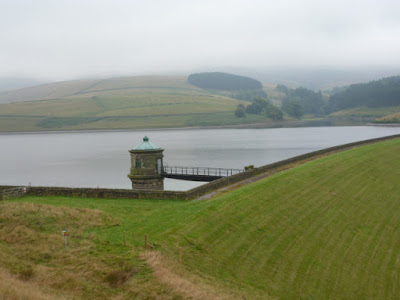 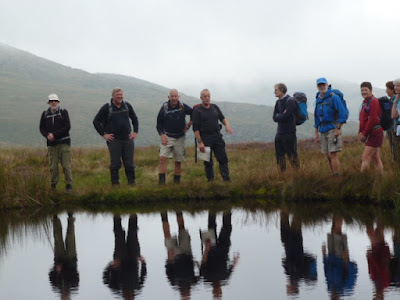 Mermaid's Pool is said to be inhabited by a beautiful mermaid. A 19th century account describes how she rises to the surface on Midsummer’s Day, and lures men to their deaths with her seductive singing. A poem illustrates this by relating how a shepherd boy fell in love with her, and, at her bidding, jumped into the pool to be with her, never to be seen again.


But other accounts describe her as benevolent, and say that she will grant eternal life on those who see her swimming in the pool, and that she can be found doing so every year at midnight on Easter Eve.
The pool is said to be salty due to its being connected to the Atlantic Ocean by a subterranean passage! 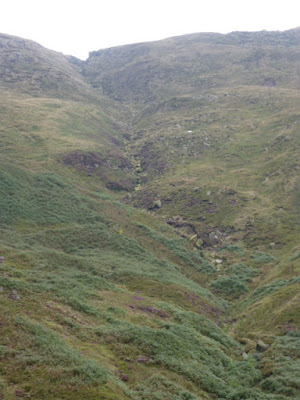 The view up the Red Brook ascent 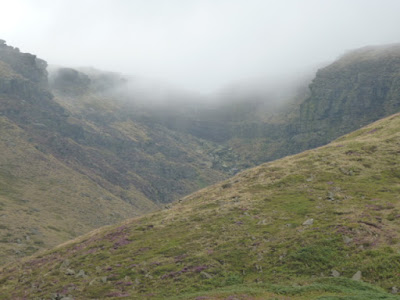 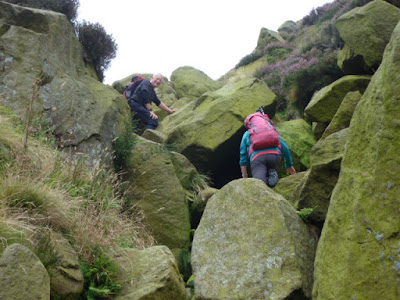 Leading a few stalwarts up the gully clamber 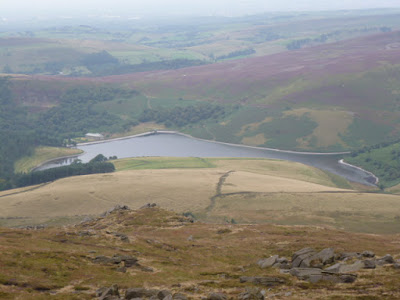 Looking down on the reservoir 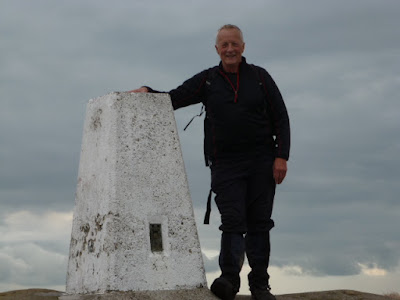 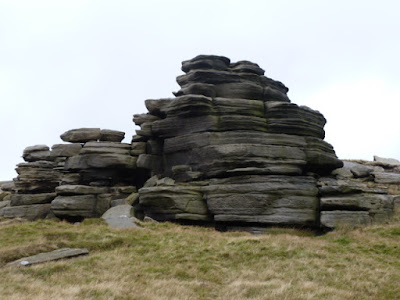 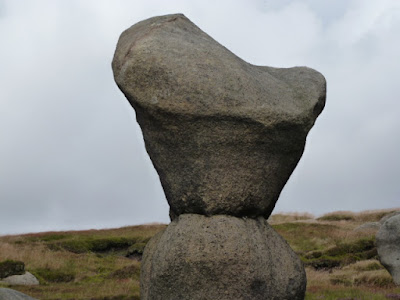 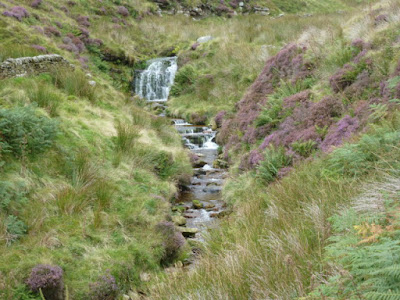 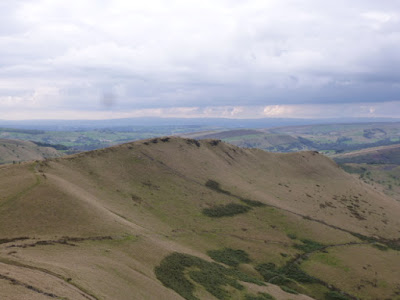 A view of Mount Famine - our route took us along the ridge and down into the Kinder River valley, back to the quarry to finish a challenging walk
Soon back at the cars, welcome refreshments were taken in the Sportsman Inn
Posted by Unknown at 04:42