Up and Over at Overwater Marina April 2016

The Elton Moss widebeam, on show for sometime here at Overwater Marina, has been sold and was due to be taken on the low-loader down to the Kennet and Avon Canal.
Here are some pictures of the morning's lift and load. 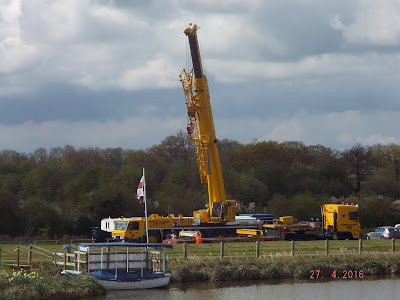 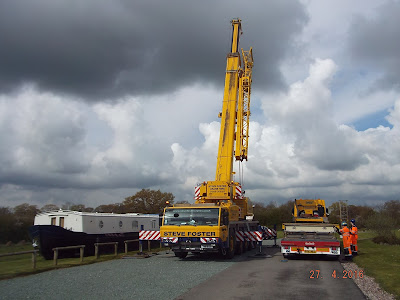 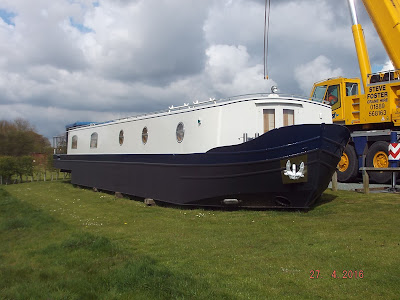 I was told this weighs in at about 24 tons 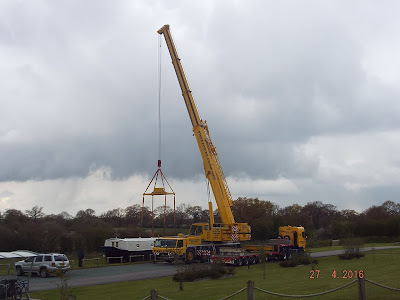 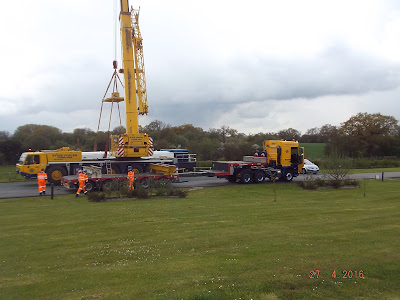 This photo shows the lorry being extended to accommodate the length of the boat.
The low-loader lorry is called a trombone outfit! 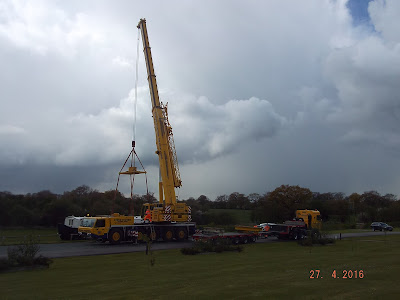 The lorry was moved forward into position 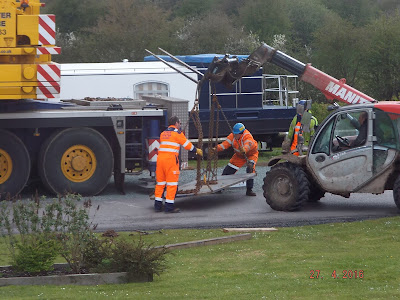 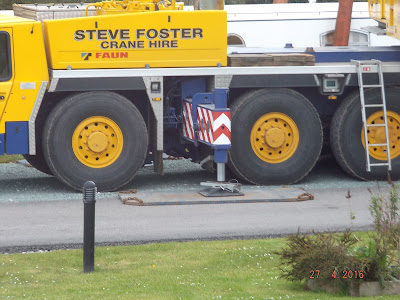 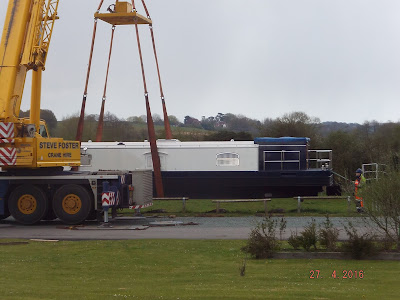 All ready for the lift 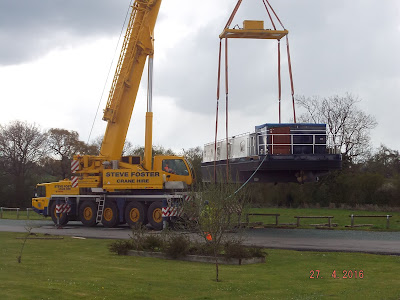 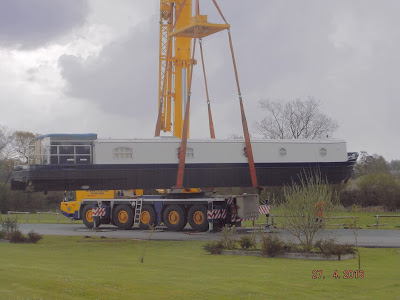 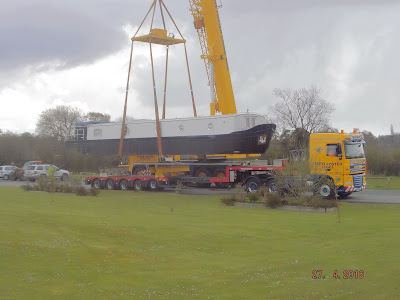 The lorry was then reversed under the boat 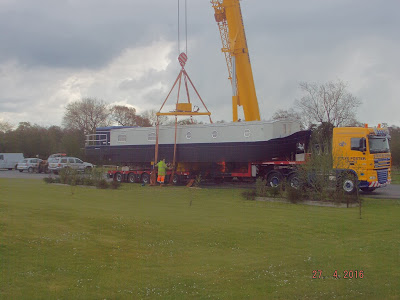 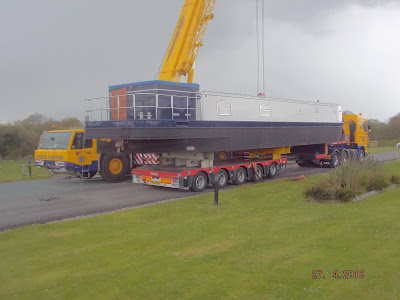