Our Rode Hall Silver Band (link) has just finished a week of joint performances with Congleton Players in this extraordinary gritty play - based on the famous 1996 film.
Loosely based on the real village of Grimethorpe, Yorkshire, the play is set in 1992 around the colliery pit of Grimley and it's pit brass band.

Congleton Players have won many theatrical awards (and should do so for this excellent production!) so it was a real privilege to be part of the Brass Band in the play.
Rode Hall Silver Band are totally committed to providing quality music and entertainment - we certainly achieved this in Brassed Off! 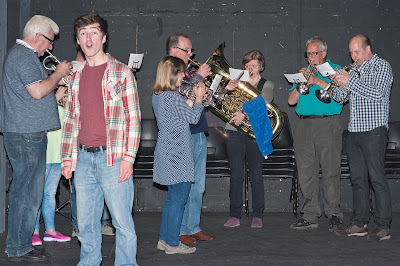 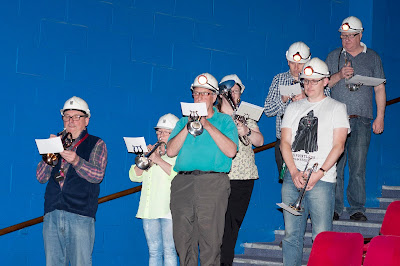 Dressed in the 'best' blues - complete with miner's helmet 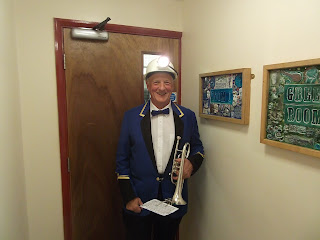 Another photo - with lamp shining! 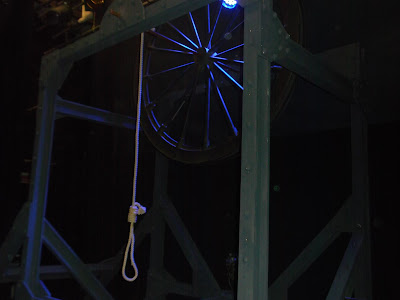 The colliery pit wheel - with the rope that Miner Phil tries to kill himself! 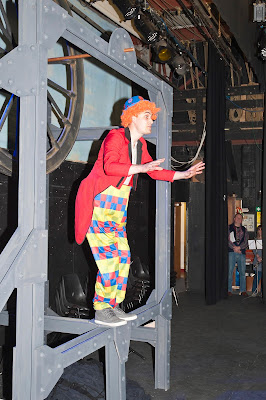 The young man playing Phil - still in debt after the 1980's strike and in despair, trying to earn money as a clown. It all gets too much and he attempts suicide - and is saved ... . 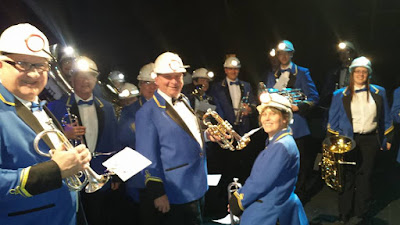 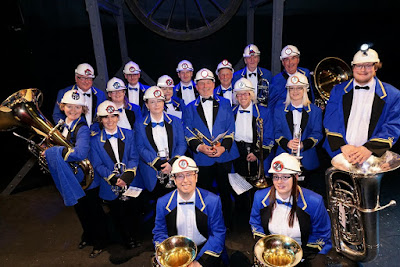 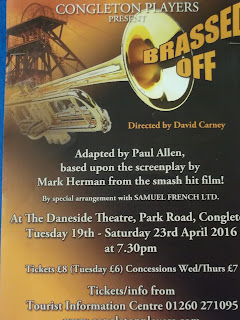 What a fantastic experience- to take part in this marvellous play!

[Many thanks to David the Director, Steve our Band Manager, Jake our Assistant Conductor, Anna our Principal Cornet and Chris Sheard for the rehearsal photos]