The weather has cleared and although rather cold in the northerly wind, at least it wasn't raining. We left the marina into the sun and needed sunglasses! 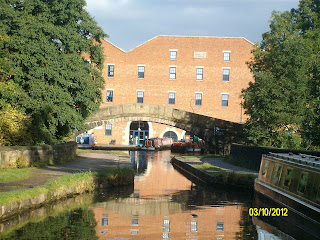 Looking back at the River Tame Aqueduct towards Portland Basin 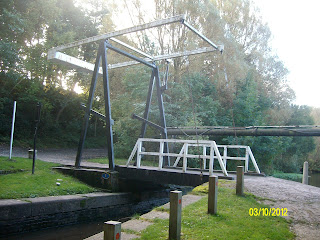 Bridge No.1 – Stanley Lift Bridge – Lower Peak Forest Canal
The initial half is the run south to Marple, through some very pleasant, mostly rural woodlands. We last did this run coming back from the Tameside Festival held at just before the basin. My old log book tells me it was in July 2005. 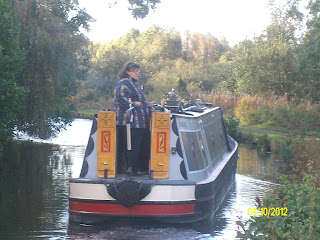 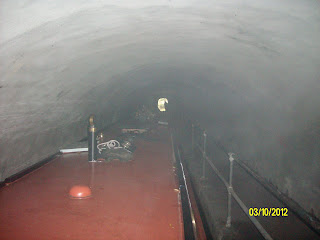 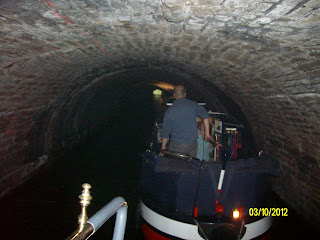 The 'not wide enough for two' Hyde Bank 308 yards Tunnel just after the 'Crash'
We entered Hyde Bank Tunnel – the Nicholson says may appear OK, but it's not wide enough for 2 boats. I can verify this. Halfway through, a northbound boater entered, we sounded the horn – yet he still came. Slowing to almost a standstill we hit to the sound of steel on steel and broken glass?! The other steerer apologised saying the tunnel notice had said “two way traffic”. An ambiguous description – meaning 'only room for one boat at a time'? Thankfully, we did not both get wedged tight and needing rescuing!!
Our boat suffered no more than scrapes to the blacking. Anxious moments!
So. boaters be-warned! The Hyde Bank Tunnel cannot take 2 boats at once, despite the less than helpful tunnel sign - “two way traffic”. 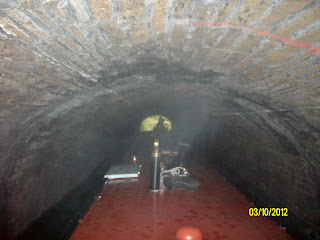 On the way out – can you really fit two boats through this? Specsavers or what? 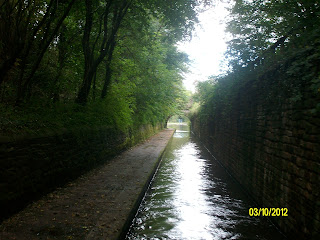 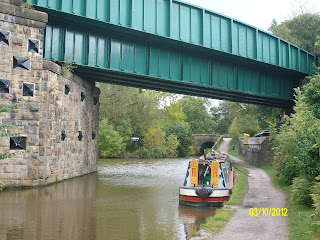 Sitting under the railway – Marple Locks are just through the next bridge
The middle half of the day was to work up the Marple flight of 16 locks raising the canal from the Lower Peak Forest some 214ft up to Marple Junction – thus giving each lock about a 13ft depth. The gates are generally heavy though swung well; the bottom gate paddles were really tight and I needed to use our long shank windlass!
We made the flight in about 3h15m.
﻿ 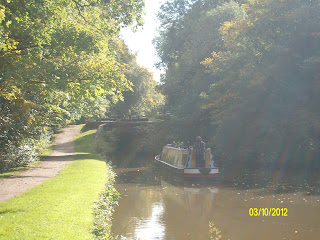 A sunlit pound, typical of the lower Marple flight 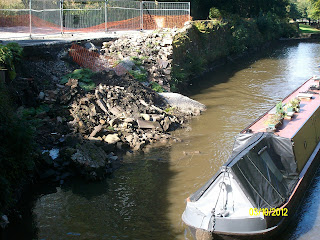 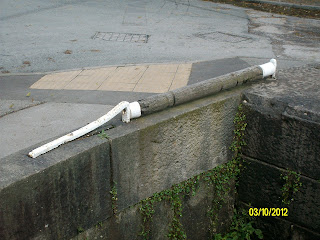 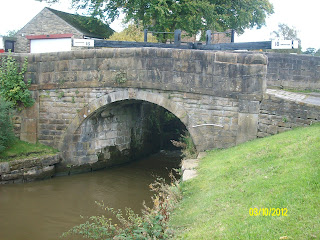 
The final half of the day's cruise was after the southerly turn onto the Macclesfield Canal.
This has been our 'home' canal since we first started boating in 1990, so we know it well.
It was a pleasant reminder of enjoyable times past as we cruised in the late afternoon, towards our overnight mooring at the visitor stretch opposite Lyme View Marina.
A long days cruising by our standards – I reflected on the day over a couple of pints in the excellent Miners Arms – and after our meal was asleep by 9! 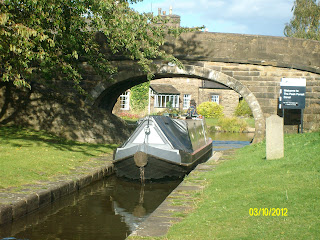 Turning into the old stop lock at the start of the Macclesfield Canal
Posted by Unknown at 00:40