Manchester for the weekend – 29/30th Sept

Although we hadn't planned to stop in Manchester, what a great time we've had!
Our mooring was through the railway bridges, on the Staffordshire Arm. It was open with good lighting and surprisingly quiet for the centre of a large city. 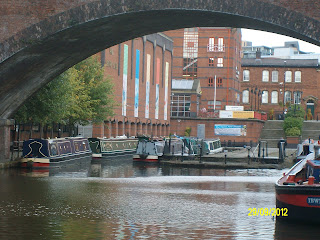 ﻿
Looking into our mooring – Liverpool Road ahead.
There were a number of boats with a Bridgewater Licence, at least 3 seemed to be permanently moored. There were also a few with no discernible Licence. 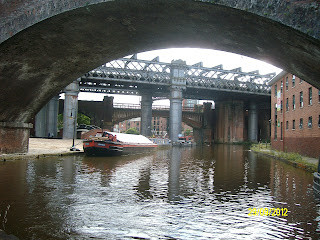 Looking back to the mainline – under the railway bridges. The Barge Irwell on the left.


On Saturday, we caught the Metro into the city centre for some shopping and R & R. Stopping at Gullivers Pub for a Lees Bitter. Later, I took a walk up the Rochdale Canal as a recce for Monday. The city architecture is varied and a fascinating mix of old canal/railway industrial with modern regeneration. 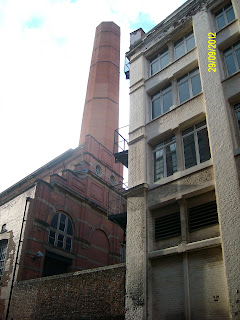 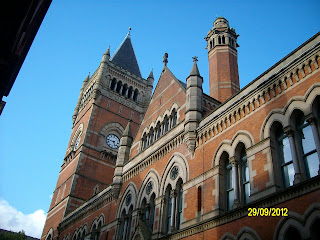 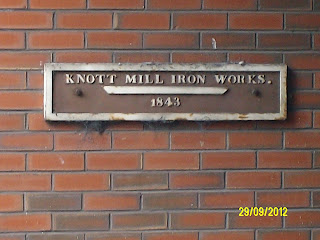 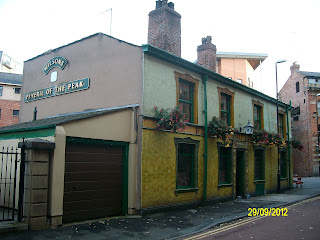 Wilson's Peveril of the Peak. I had a very lovely pint of Everard's Tiger here.
Was told by a local it is a listed building. 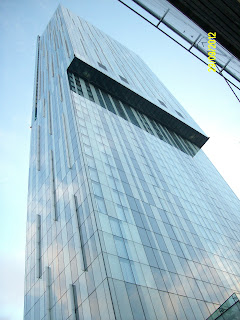 Around the Giants Basin there is also much of interest. 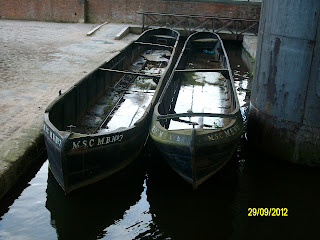 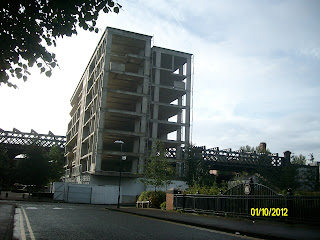 A project still in progress at Potato Wharf 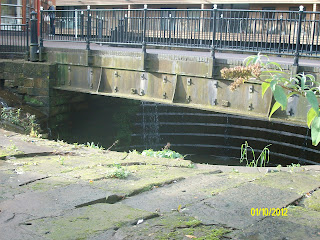 Curious circular weir for the River Medlock overflow – under the bridge at Giants Basin.
On Sunday it rained quite heavily. I took a look around the nearby City Museum of Science and Industry and immediately got fascinated by the Loco Planet, running as a replica of the 1830 George Stephenson 2-2-0 loco – even had a rather wet footplate ride courtesy of the volunteer driver!
That evening, we walked over the newish footbridge to the Wharf Pub to meet with some friends and their friends. An extremely convivial evening with good ale and pub grub!