Again, we delayed our morning's start for the rain to ease and began the 18 locks upwards to Dukenfield Junction just before 10am.
We knew one boat was ahead of us so had to empty the locks that weren't leaking.


Then we passed a boat on it's way down and had the benefit of locks in our favour for a while. Although an important necessity, the tedium of unbolting each paddle delayed things. 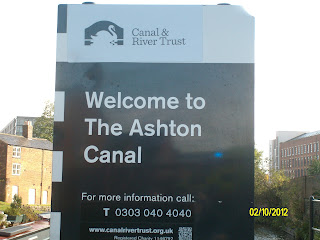 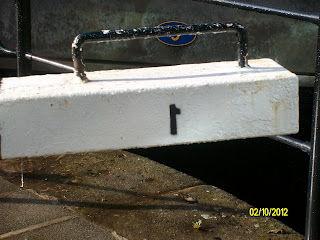 Lock 1 of the Ashton Canal – by a left handed worker? 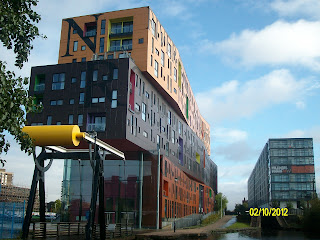 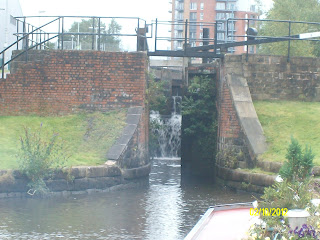 A typical Ashton Canal Lock – No.4


Boaters doing this section will have seen from the various maps (Nicholson; Geo Map) that Bridge 21 is given as very low. We found the two bridges leading into Lock 4 also very low, especially the rail bridge no.7, coming around the curve into Lock 4. It can only be about 6 foot clearance (depending on full water levels) and has metal girder plates jutting down. Thankfully, we were using our smaller exhaust chimney and got through OK.
Having arrived at the lock, there was a warning notice on the lock gate warning against opening the lower padles before getting through the bridge! Too late for us and no good for anyone heading into Manchester!﻿ 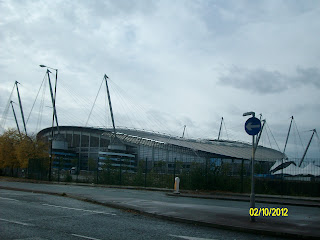 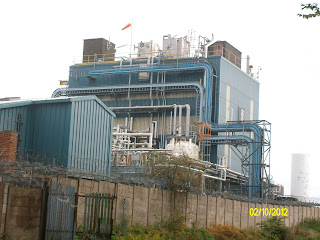 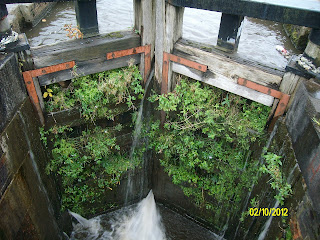 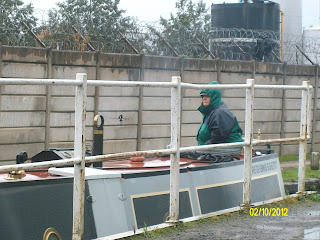 A wet steerer passes Bridge No.15 – a swing bridge opened by the photographer 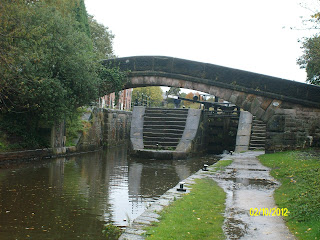 Top of the flight – Lock No.18 – showing the handsome footbridge and paired locks of which only the righthand one is in use
﻿


After 7 hours of travelling, we turned south into the Lower Peak Forest Canal and then Chris reversed us into Guy Holding's Portland Basin Marina for an overnight berth (£5).
We shopped and had fish and chips at the nearby Asda and were asleep early, ready for tomorrow!