When we moved out of our house in March 2003, we kept stuff that wouldn't fit on the boat (or couldn't part with?!) and put it into a store – in South Manchester.


During our boat re-fit when we rented a house in 2006-10, we expanded again and had moved it all into the house using the large cellar.


After the re-fit and we moved back onto the boat in September 2010, again what wouldn't fit went to store – in South Manchester. This was a 24 hour Access Store which suited us whilst working. We combined shopping at Handforth Dean with going to the store and then returning to Bollington.


Now we are moored in Audlem, we decided to re-locate our store – nearer and more convenient AND downsize a bit! The rental cost saving is a modest £20pcm though the reduced travel costs in terms of time and petrol are significant.


Having decided to “Go for it!”, we chose the Crewe Go Green Van Rental. 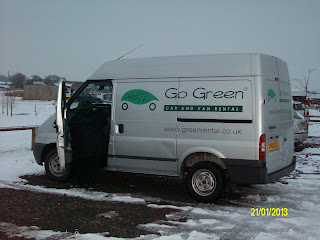 SWB Transit does the job


We loaded on the Sunday and brought the van back to the marina for an early start on the Monday – the day of the fresh snow! 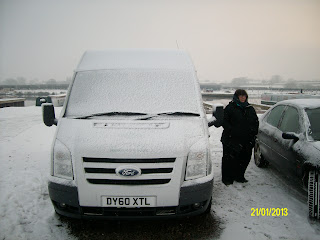 Cold and white start to the day!


The people at our new store had offered for us to use the empty store adjacent to ours in order to sort out our stuff (downsize?) 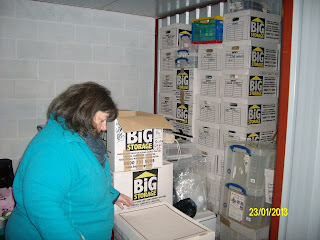 First load for sorting!
The second load came down on Monday and the job of packing the new store began? 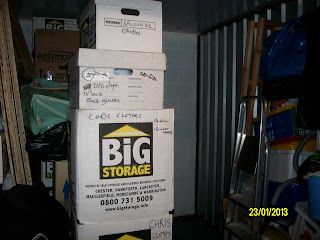 Will it all fit? 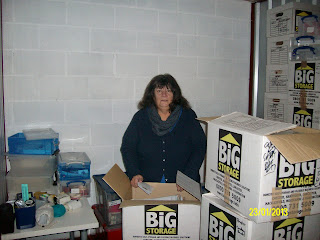 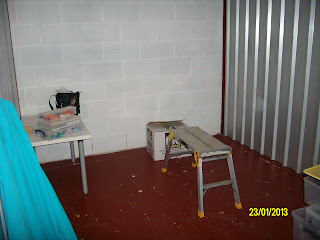 The temporary sorting space – almost there! 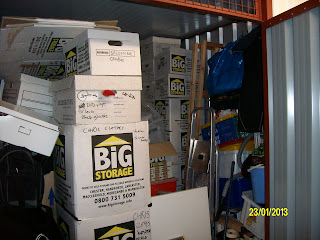