I had intended to meet up with the Ramblers, though unbeknown to me, it had been cancelled due to the snow. As it happened, the road into Macclesfield was closed by the Police due to a serious crash, I stopped at Oakgrove.


So parking at Fools Nook, I started off along the Macclesfield Canal towards Lyme Green.


Of possible interest to boaters, there were 5 boats moored along here to Bridge 47, 3 had fires lit and 2 weren't licensed! That makes 40% - a lot higher than the Canal Trust 4%! 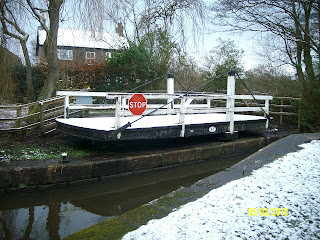 
People who know this stretch will recall when this swing bridge was re-instated by (I think?) the Macclesfield Canal Society. There has been an energetic discussion about the footpath Right of Way and the bridge used to be closed to boats and needed opening for navigation. This was the case the last time we came through (September 2012).

Today, Bridge 47 was open, with no sign of a chain for walkers to pull it across to close it.
How would you get across? A One-way footpath! 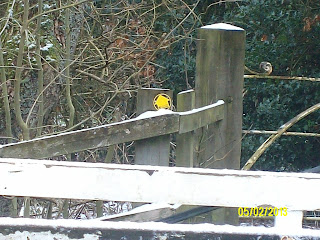 The optimistic footpath way-mark!
Walking on, the view opens out after Bridge 46 – they say that the Macclesfield Canal is quite beautiful, I suspect living near/on it for all these years we took it for granted.


Coming back now the view is pretty wonderful. 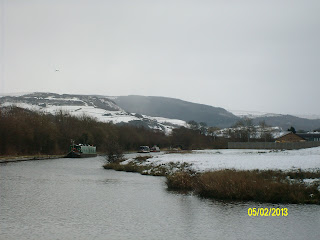 Tegg's Nose Country Park in the foreground with Macc Forest behind
Using local knowledge, I walked across the fields into Sutton Lane Ends and headed up the road towards the Gritstone Trail. The feeder from the River Rossen that feeds Sutton Reservoir 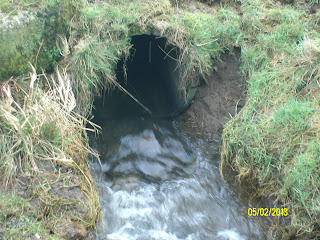 There was plenty of water coming through
Having reached the Gritstone Trail, I turned east, uphill and onto very wet fields – although they were covered in a thin layer of snow. Although the path up to Ridge Hill and the Hanging Gate is not far, it took a while as I slithered around in the mud! 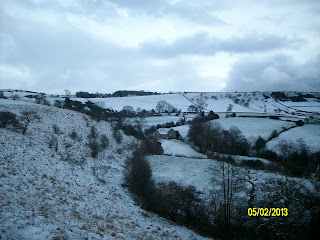 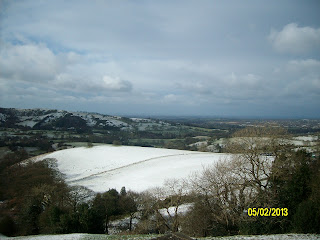 Looking west – any guesses where this is taken from?

It now started to snow and it was blowing hard as I descended back into Sutton and picked up the path through to Sutton Reservoir. 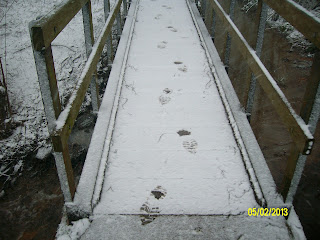 Who went there? The bridge over a feeder stream 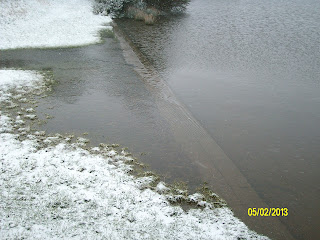 Sutton Reservoir is full! This small reservoir is also known locally as Turk's Head Reservoir – I don't know why? Built in 1838 to hold about 98 million gallons (some 7 years after the Macclesfield Canal was opened). 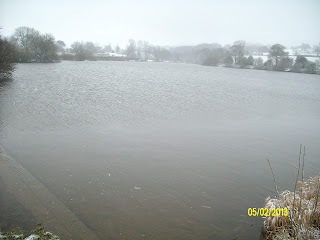 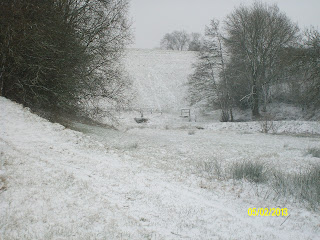 Looking back to the dam 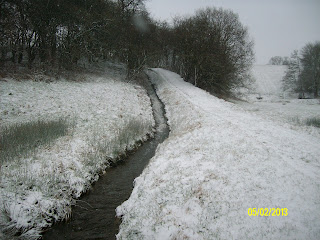 Plenty of water in the overspill 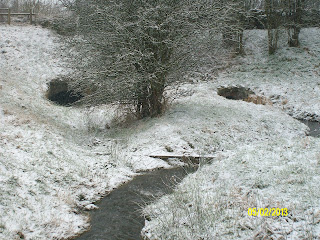 This stream runs under the road and canal


My last stretch back along the canal was via the newish footbridge (Bridge 48A) over the canal. This was sponsored by the (new) owners of Canal Cottage when it changed hands some years ago. Boaters may remember access to the cottage used to be via a floating pontoon that looked quite precarious and narrowed the channel being moored on the bend! 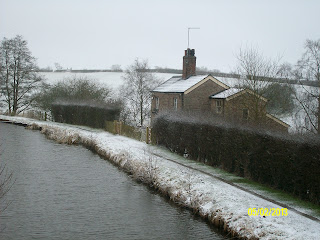 Canal Cottage from the Footbridge 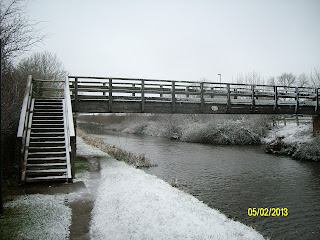 The newish Footbridge 48A﻿


Finally back to Oakgrove and the car.


I reckon to have covered about 8 miles and climbed the 550 feet up to the Hanging Gate. 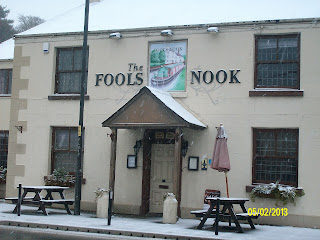 The Fools Nook Inn – originally called the Royal Oak dating from the late 1820's when the canal was built. Housed in cottages, these were demolished in 1841 to build the new pub of today. It was not until 1962 that the pub was re-named the Fools Nook.
Sadly, the pub has been closed since been flooded out just before Christmas with a flash flood. 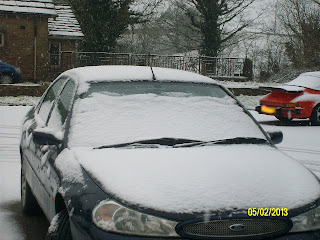