Wandering along the Weaver - 27th March

Last week's walk with the Ramblers was moved from the snow bound Goyt Valley to one starting at Northwich. Of particular interest to me as it took in a section of the Trent & Mersey Canal and then the River Weaver.


It was a cold wind day, with some snow flurries and as we headed north up the canal, it was a relief from the wind to get into the woods at Marbury Country Park. This borders Budworth Mere and to my utter delight I caught sight of a pair of Great Crested Grebe.


They both dived and surfaced to do the courtship dance – the first time I'd ever seen this.
It all happened to fast to photo – so here's one from the web!


We then dropped down to the River Weaver and basically headed south east, back to Northwich, following the sweep of the river. 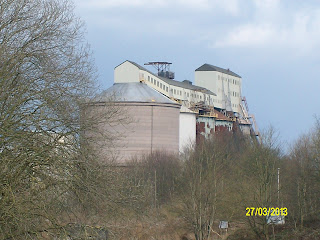 The derelict old ICI Plant at Winnington. Started originally as Brunner Mond in 1874. 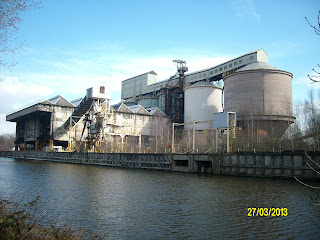 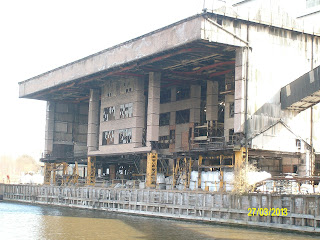 This building still had some activity – bagging and storage of soda ash in enormous bags. Now owned by Tata Chemicals Ltd. 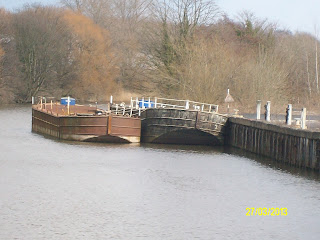 Barges from times gone by


As we headed east, the A533 road swing bridge came into view. You might think it looks something like a smaller version of those over the Manchester Ship Canal. Correct, built by the same engineer, Edward Leader Williams, from 1870 as part of the re-construction of the navigation. [Manchester Ship Canal opened 1894 with Leader Williams Knighted that year by Queen Victoria.] 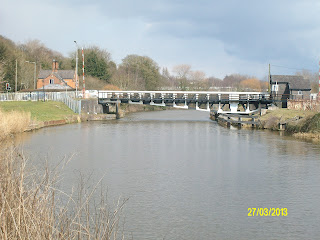 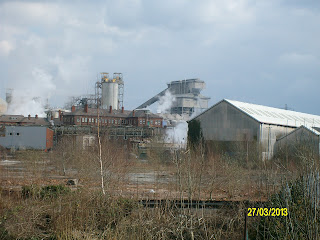 Another view looking across to the Winnington Works
We re-traced our route back to the Anderton Lift and the Visitors' Centre. A real historic treat for canal enthusiasts. This is the link. Basically, built in 1875 to accelerate the transfer of salt/cargo from the Trent and Mersey onto the Weaver, the Anderton Lift has had three incarnations.


Originally, from a basic design by the Navigation's Chief Engineer, Leader Williams, who appointed Edwin Clark, a hydraulics engineer, as Principal Engineer to design and build a water balanced, 2 caisson hydraulic operated lift. This worked until 1904 when corrosion got the better of the hydraulic rams.


The second design by Colonel Staner, then Chief Engineer involved huge electric winches and counter balances high on the top of the lift – and massive additional tubular supporting struts. Finished in 1908, this gives us the Anderton Lift design know today.


However, the story has a third stage, when in 1983, the Lift was closed due to extensive corrosion of the struts and associated framework.


A National Lottery supported combined financial package saw the Lift re-open in 2002 – curiously with a modified version of the original hydraulic system was reinstated, the 1906-1908 external frame and pulleys have been retained in a non-operational role. 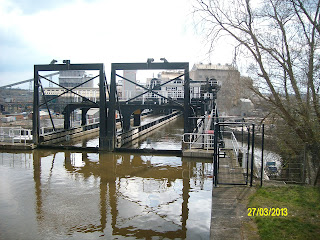 Looking at the top access aqueduct, with the pair of wrought iron troughs leading to the caissons 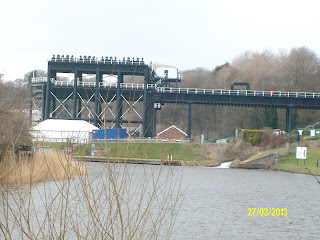 Looking back up to the Lift – awesome!