We are in the queue for the gas locker new base tray job. A fairly major piece of welding work, which not being  scheduled, is awaiting its turn.


In the meantime, I have been busy doing as much outside painting as I can – given the very cold windy weather. At least it has been largely dry. 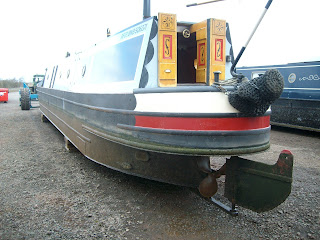 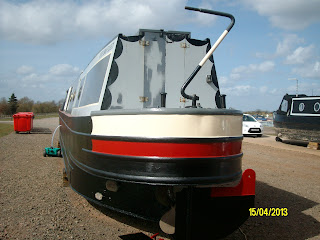 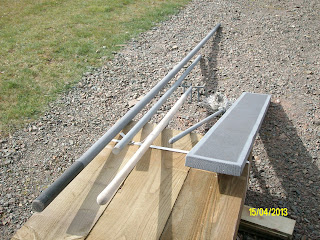 Top gear being cleaned up and under-coated 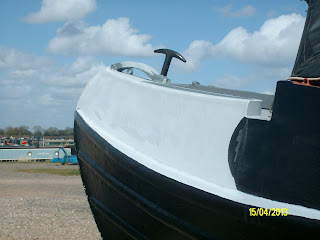 The bow in a new-look primer coat


However, I also gave myself a day's walking with the Audlem Ramblers – couldn't really resist as it was over to the Clwydian Range and Moel Famau on the Offa's Dyke route.


The day was cold though bright and the rain held off until later.
We covered about 10 miles and climbed about 2200 feet, mainly in two big climbs. 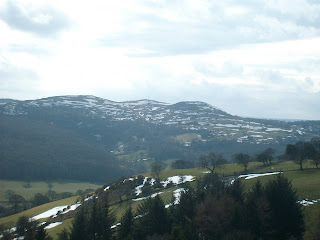 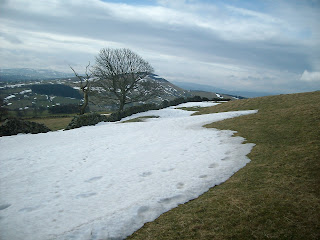 There was still plenty of snow around 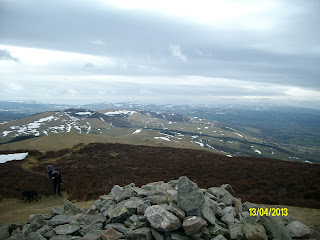 The cairn on Foel Fenlli 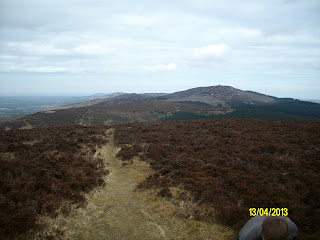 The view north towards Moel Famau – where we are heading 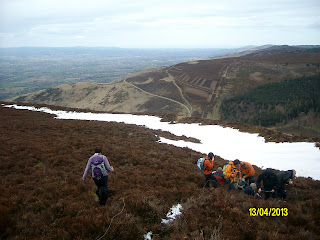 
Moel Famau (Link) stands at 1818 feet and is topped by the impressive Jubilee Tower. 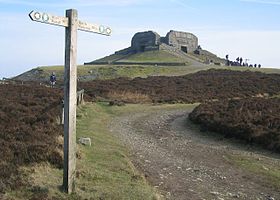 The tower was built to commemorate the Golden Jubilee of King George III in 1810, though was never finished and in 1862, the incomplete tower collapsed in a storm.
It's three sided base now survives and is being renovated. 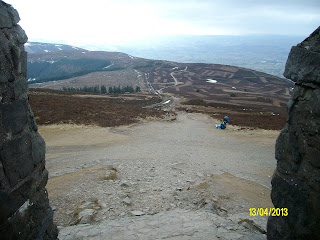 The view back down the path and climb up