Where are the Boats?

Out and About at Salford Quays.


Last Tuesday was boat movement day here at Overwater Marina, when boats whose work is completed are re-floated and another batch of boats brought up to the workshop hardstanding. We have been here for 2 weeks now.


Our boat was moved – though to a different position on the hardstanding – next to the workshop. This is in readiness for the gas locker welding work needed. 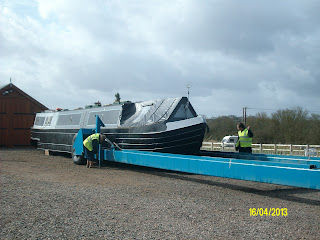 Our boat being loaded onto the trailer 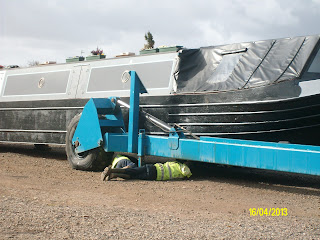 Removing the chocks
I had a long-standing dentist appointment in Manchester, so left the Engineers to it.


As we were to be in Manchester, we had arranged to meet up with some friends near Salford Quays. Chris went on early, while I had a walk around the Quays.


Effectively, this area has been completely re-vitalised from the old docks.
It was officially re-opened by Kenneth Baker, Minister for the Environment in May 1986.
The area continues to fascinate me with the range of buildings slotted next to the old quays. 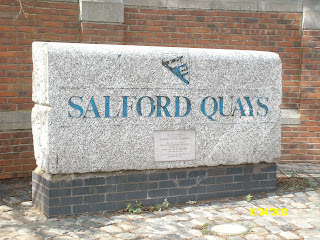 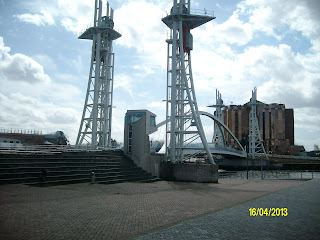 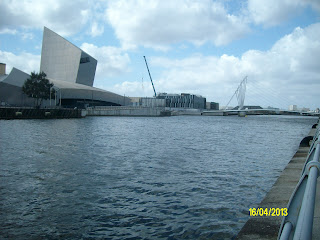 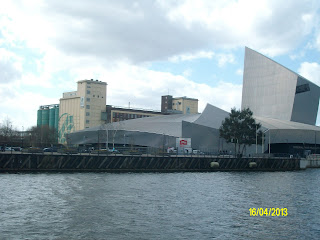 The Rank Hovis Mill, behind the Museum


The Manchester Ship Canal was opened by Queen Victoria in 1894 and the Manchester Docks became the 3rd busiest port in Britain, until the decline of the 1970's. 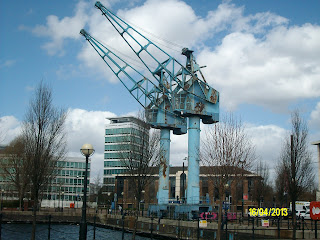 Iconic, and rather rusty, dock cranes – a sentimental nod to the past 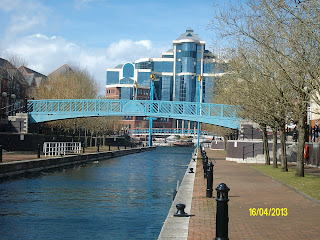 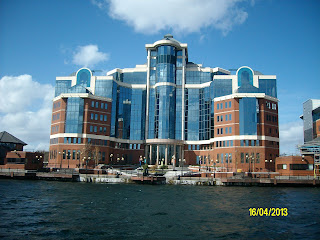 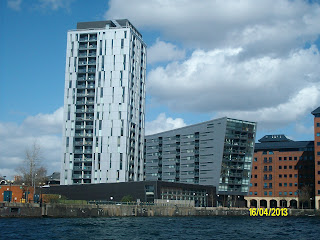 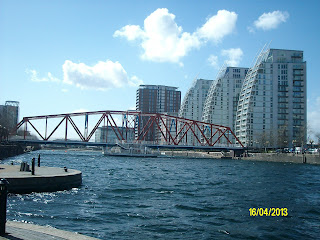 Huron Basin – but where are the boats?


You may be aware that the BBC has re-located here from London, to the new Media City. 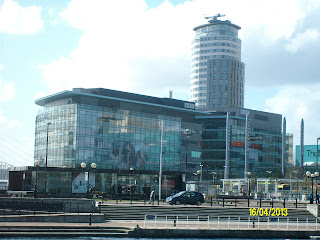 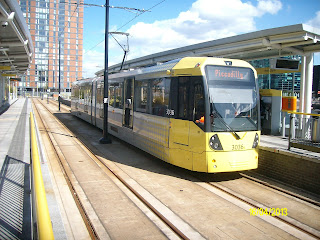 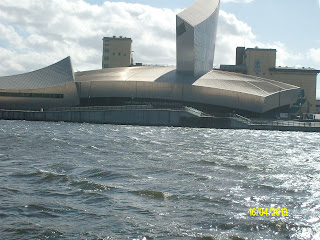 The choppy canal water, overlooked by the Museum 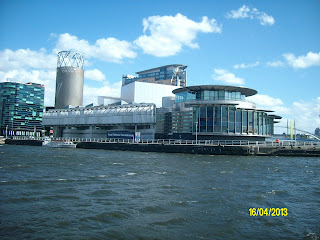 The Lowry Theatre, opened in 2000. Spot the trip boat! 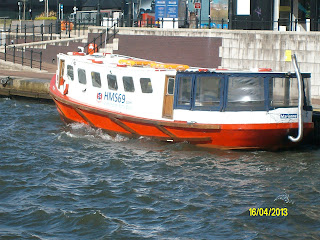 The only other boat around! HMS69 is a party trip boat


Back to the Marina – here is our new location next to the workshop.
We are scheduled to have the gas locker work done this next week!? 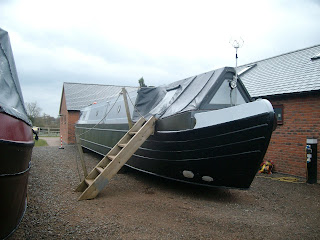