Aiming for Heyford on the Oxford Canal - Aug 2014

We continued our gentle and generally slow meander southwards on the Southern Oxford Canal, today aiming for Heyford and the train station. 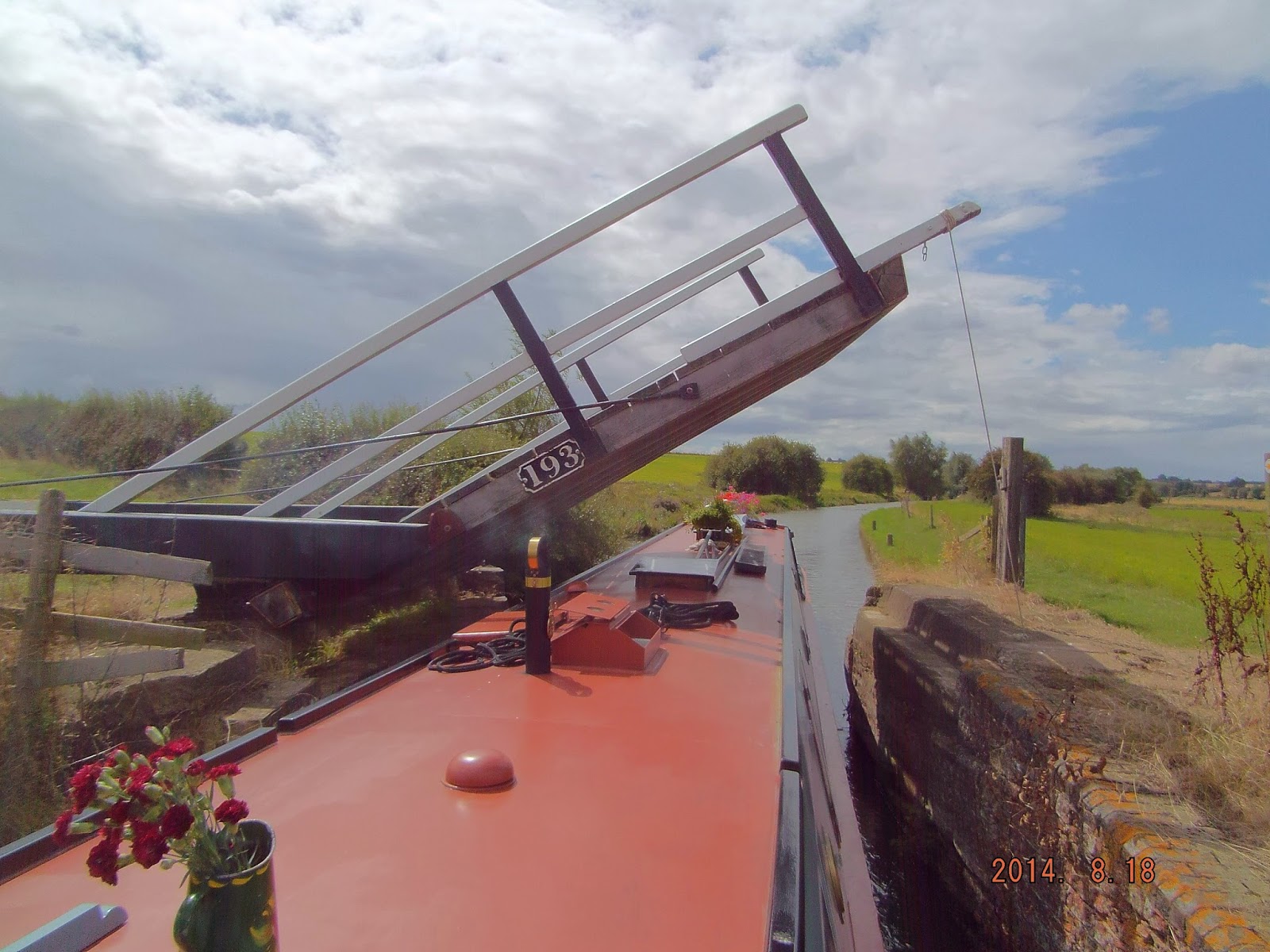 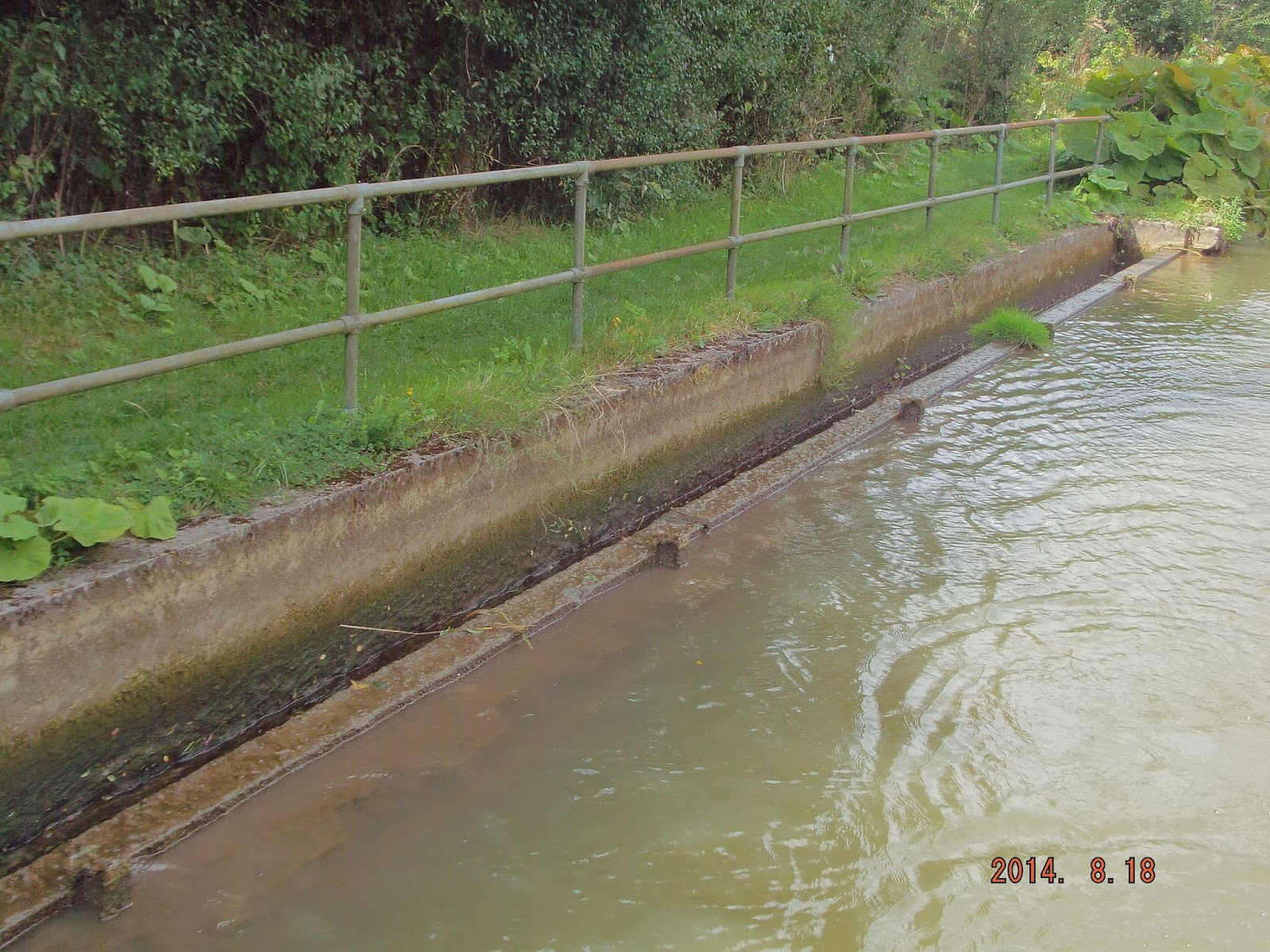 On this section, the pound is up to weir level The Somerton Deep Lock, at 12 foot one of the deepest single locks in the country 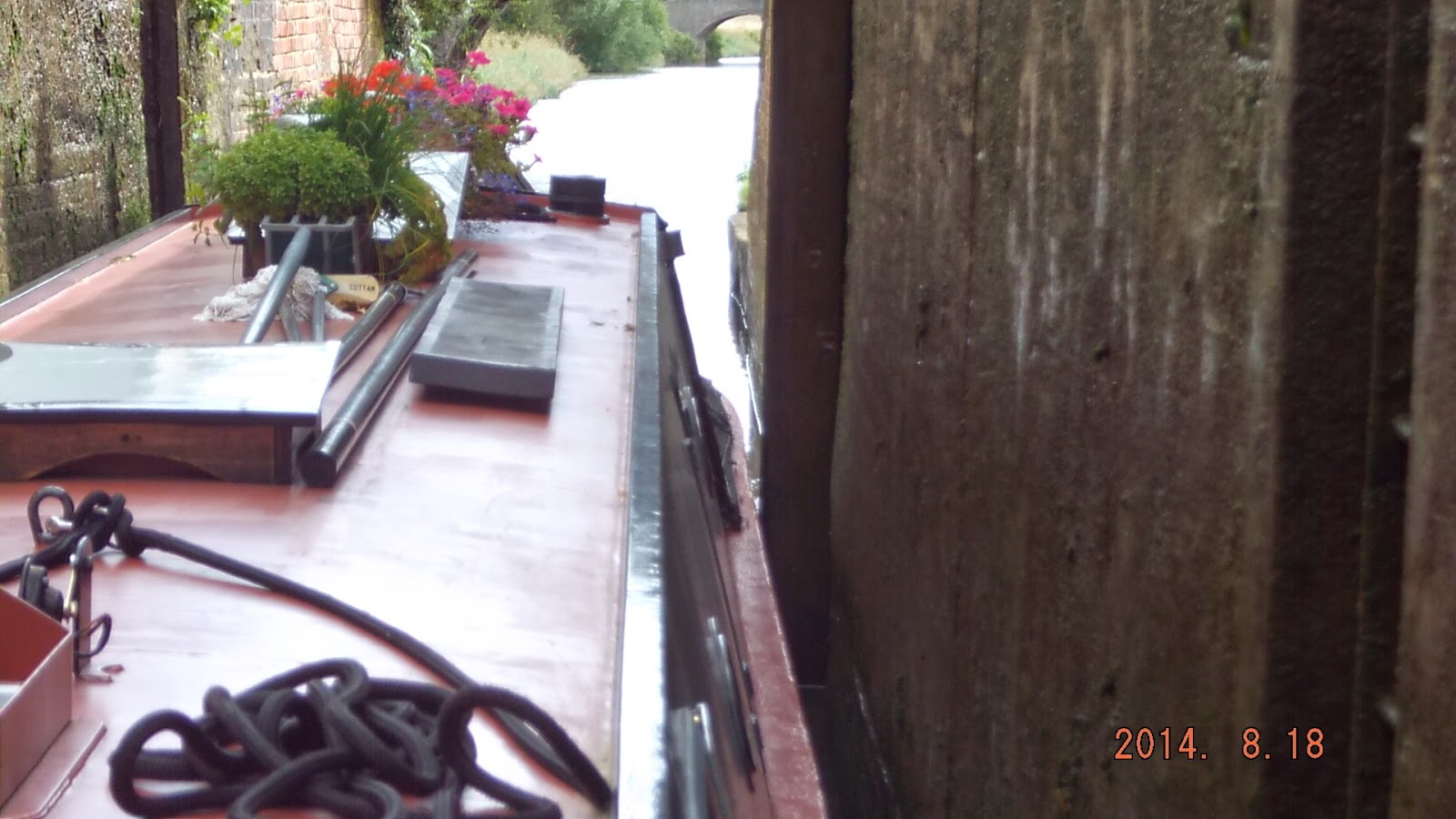 Difficulty getting the bottom gate fully open - needed to get flushed through by Chris! 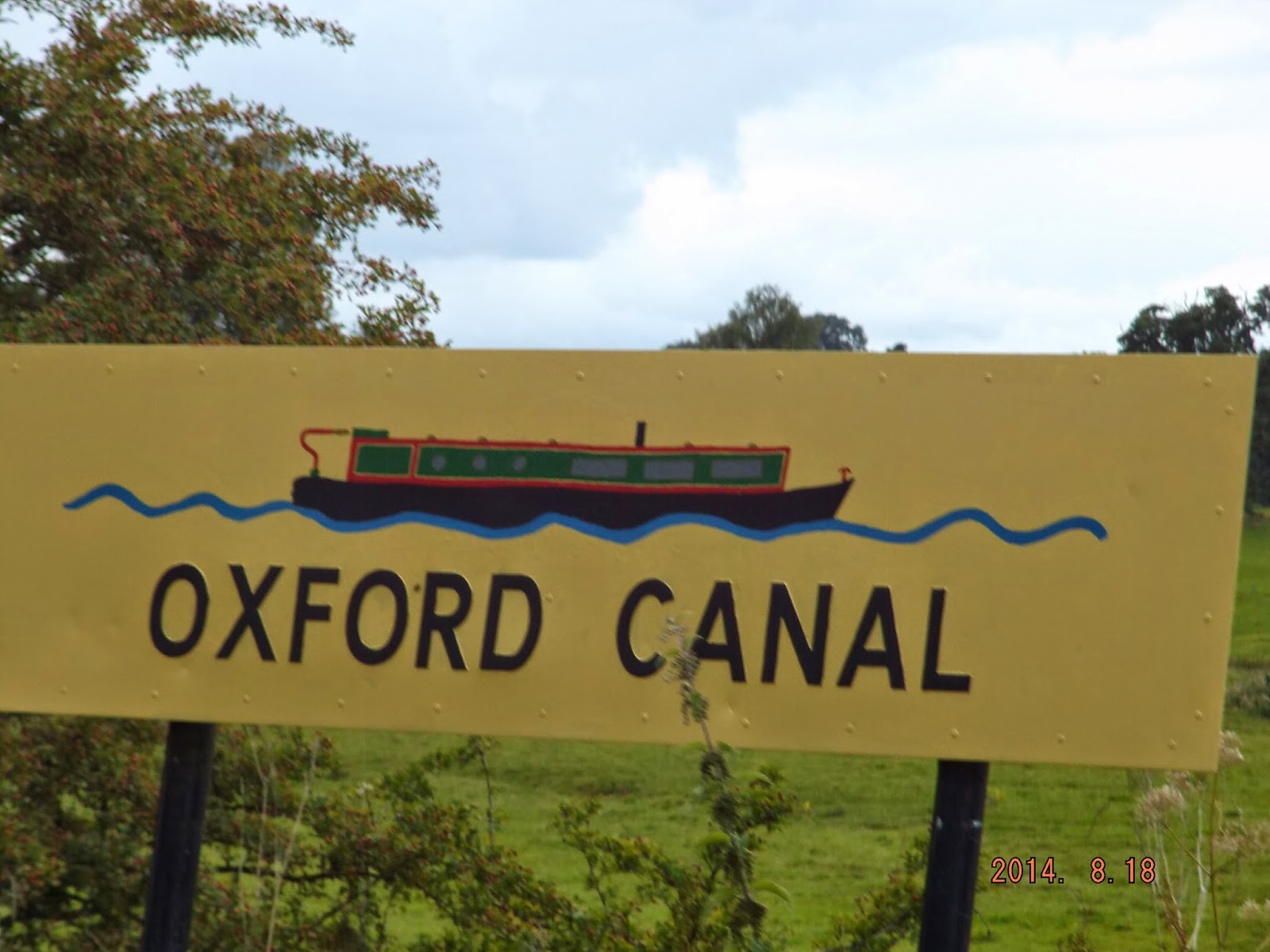 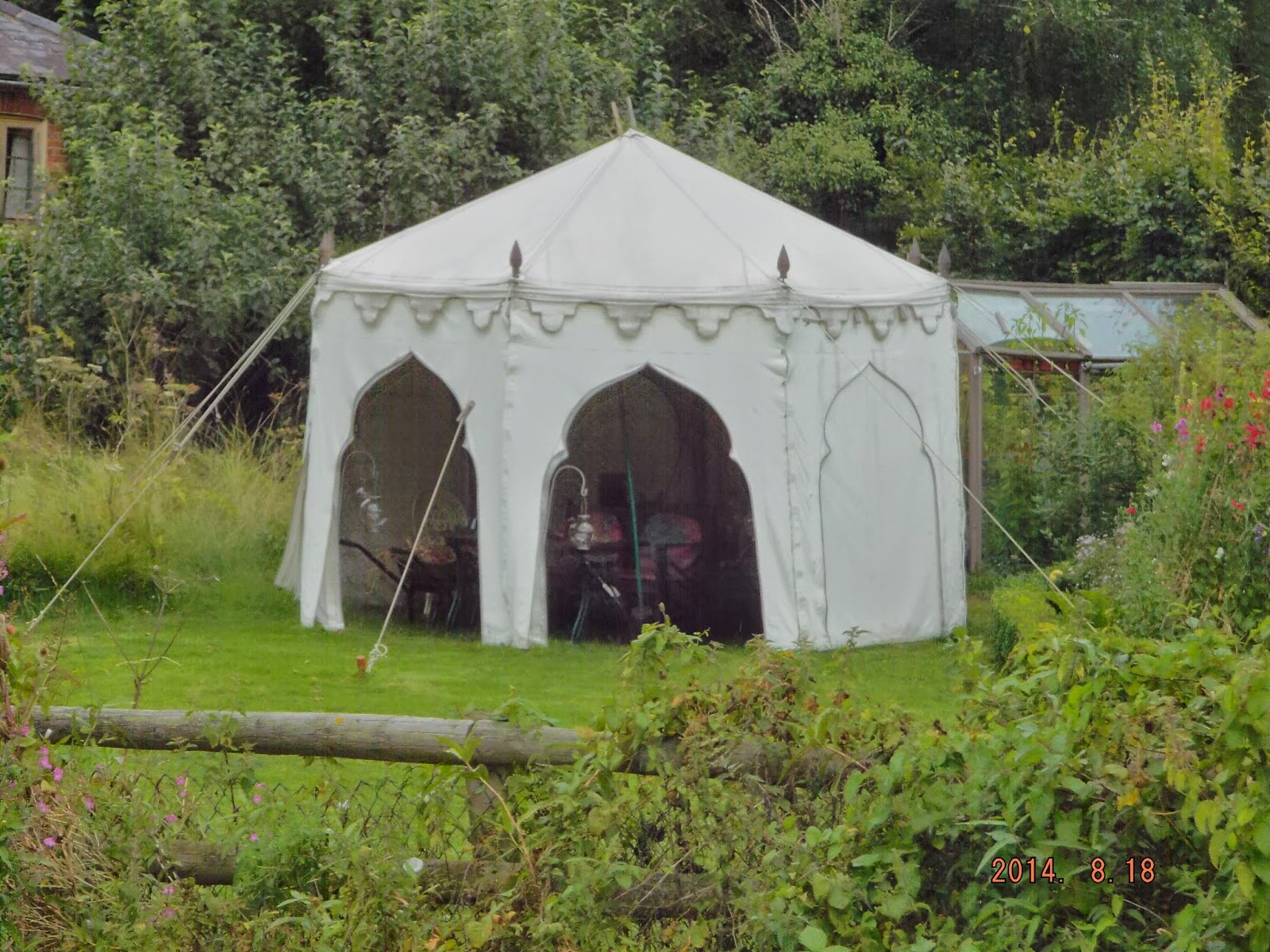 Seen in a garden - it's been a great summer weatherwise!﻿ 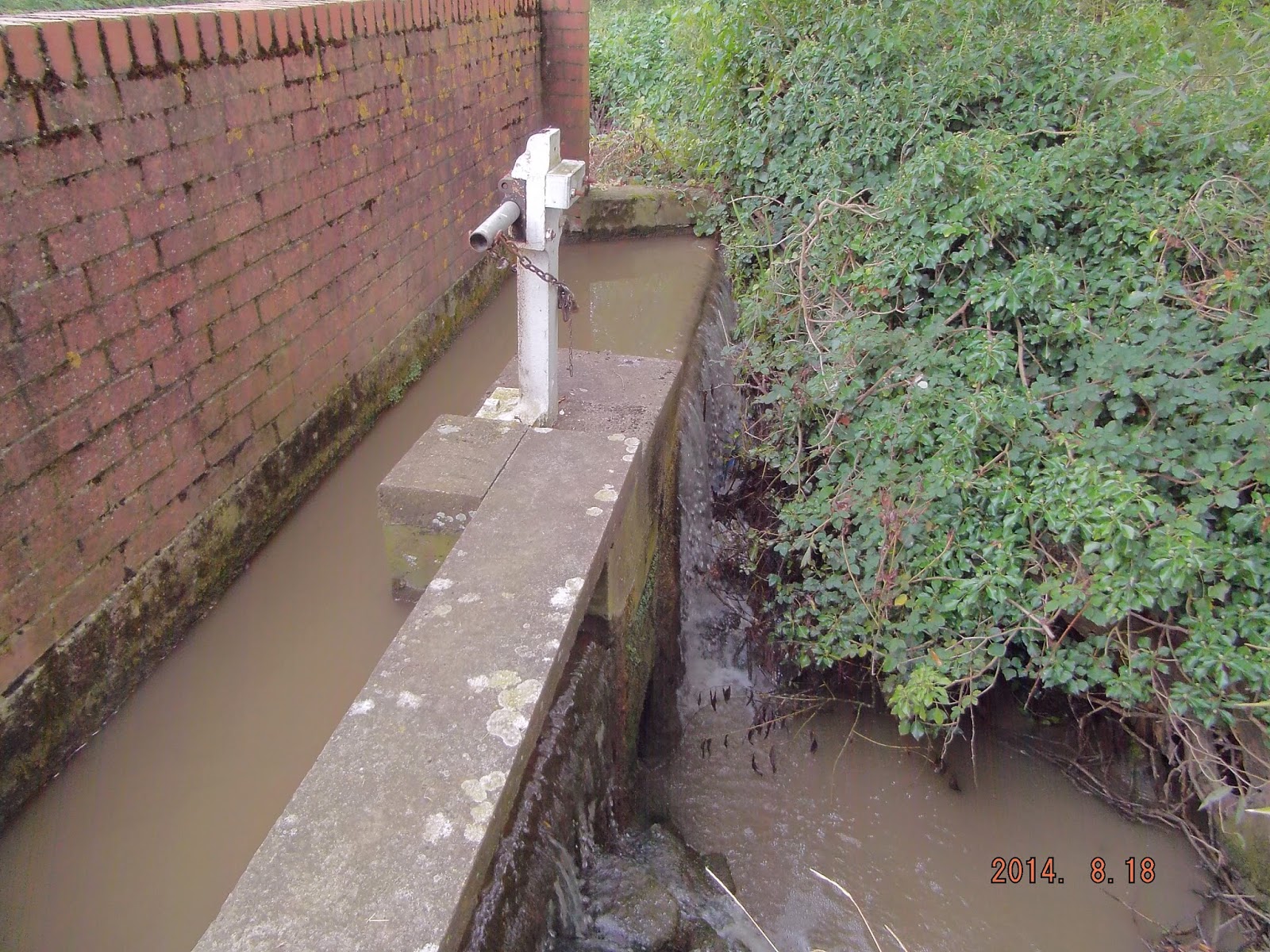 A different sort of overflow weir hidden behind a wall? 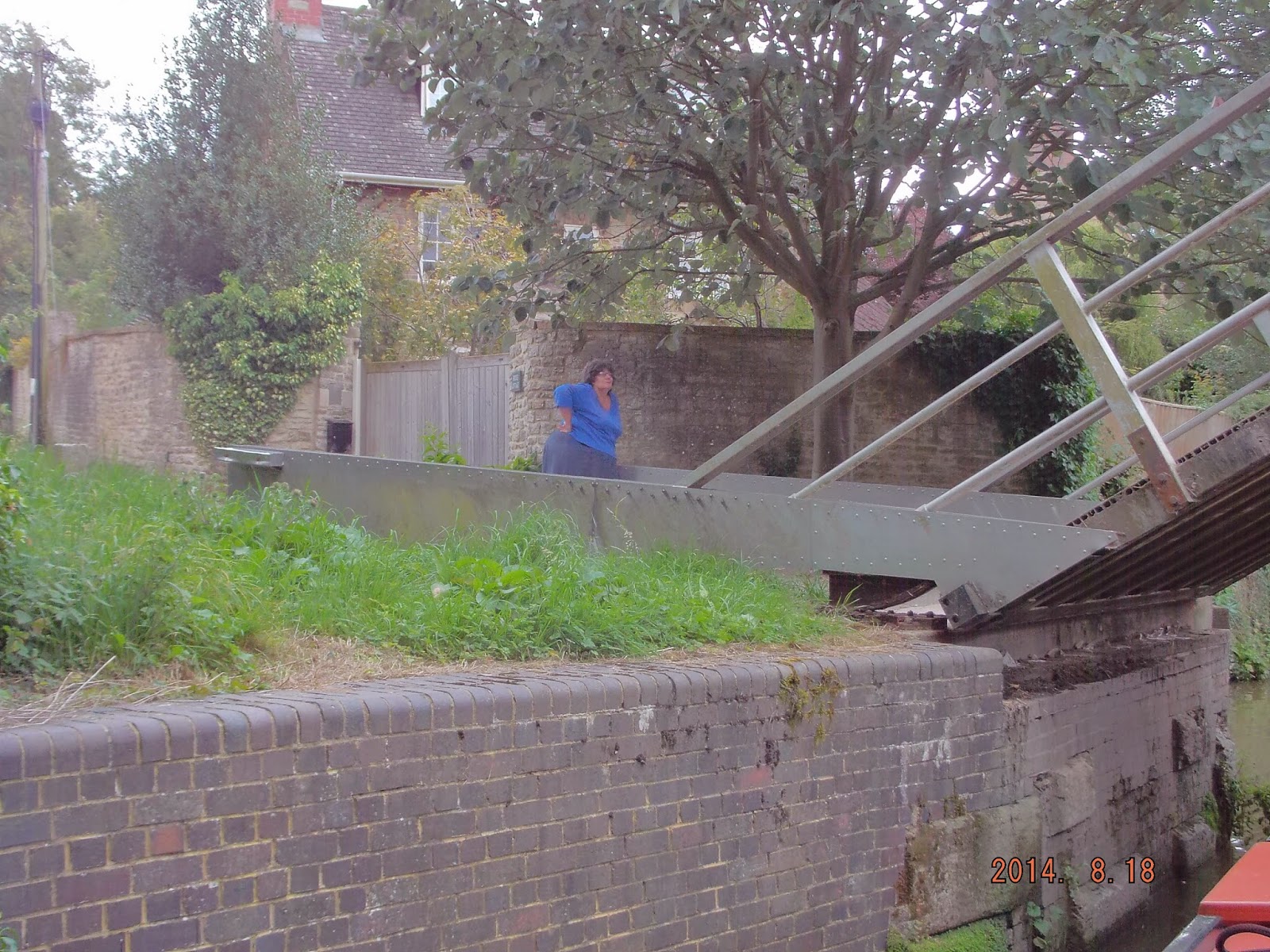 This lift bridge just before Heyford did need a heave!
The next day we caught the 9.46 train to Oxford for the grand First Great Western price of £9.20 return for both of us!
We got on the Tour Bus for a general and very interesting roof top view of Oxford's delights - academic and historic. After some lunch and a bit of shopping, we split up and I had a walk down to the dead end canal arm.
﻿
﻿ 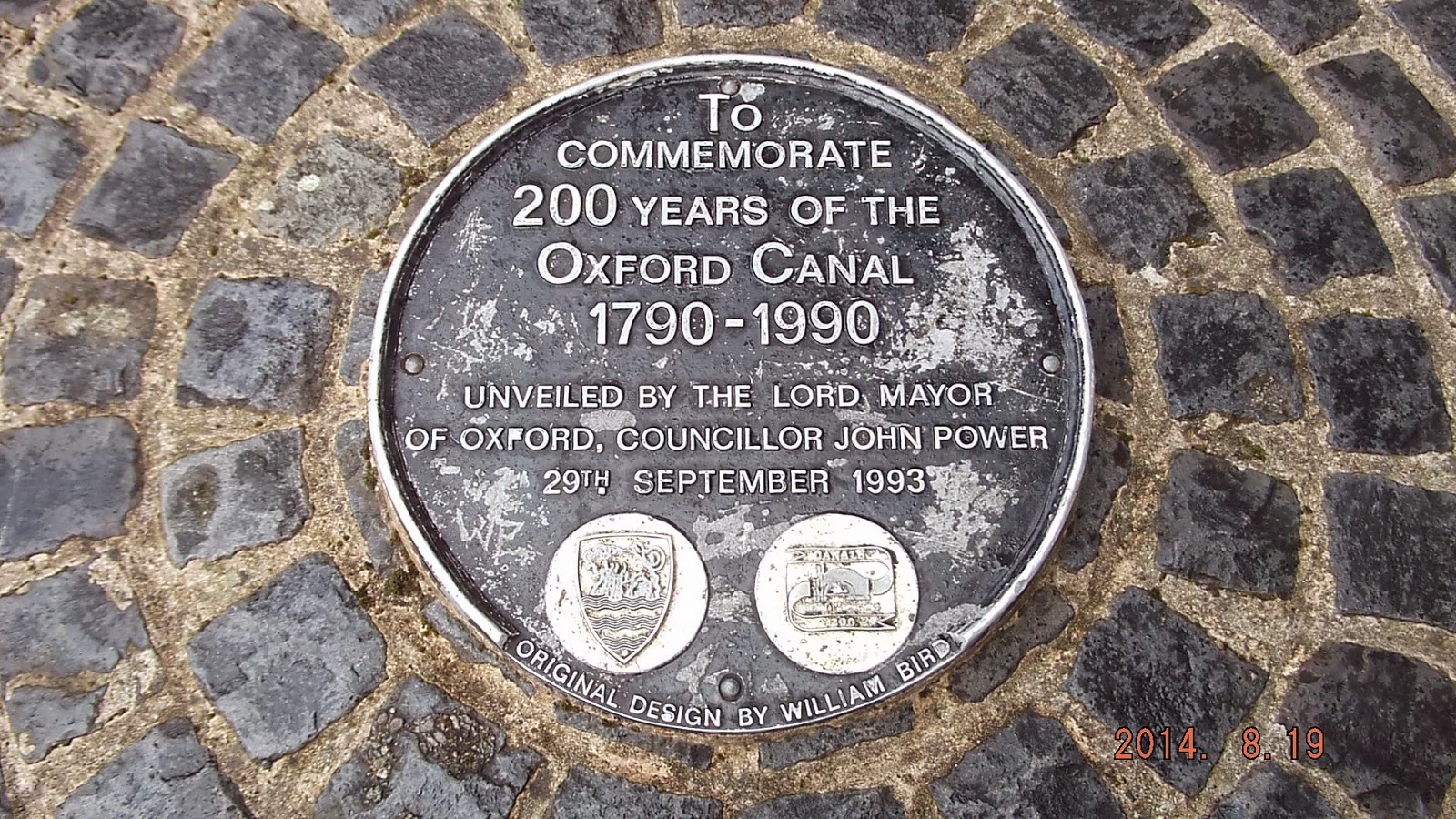 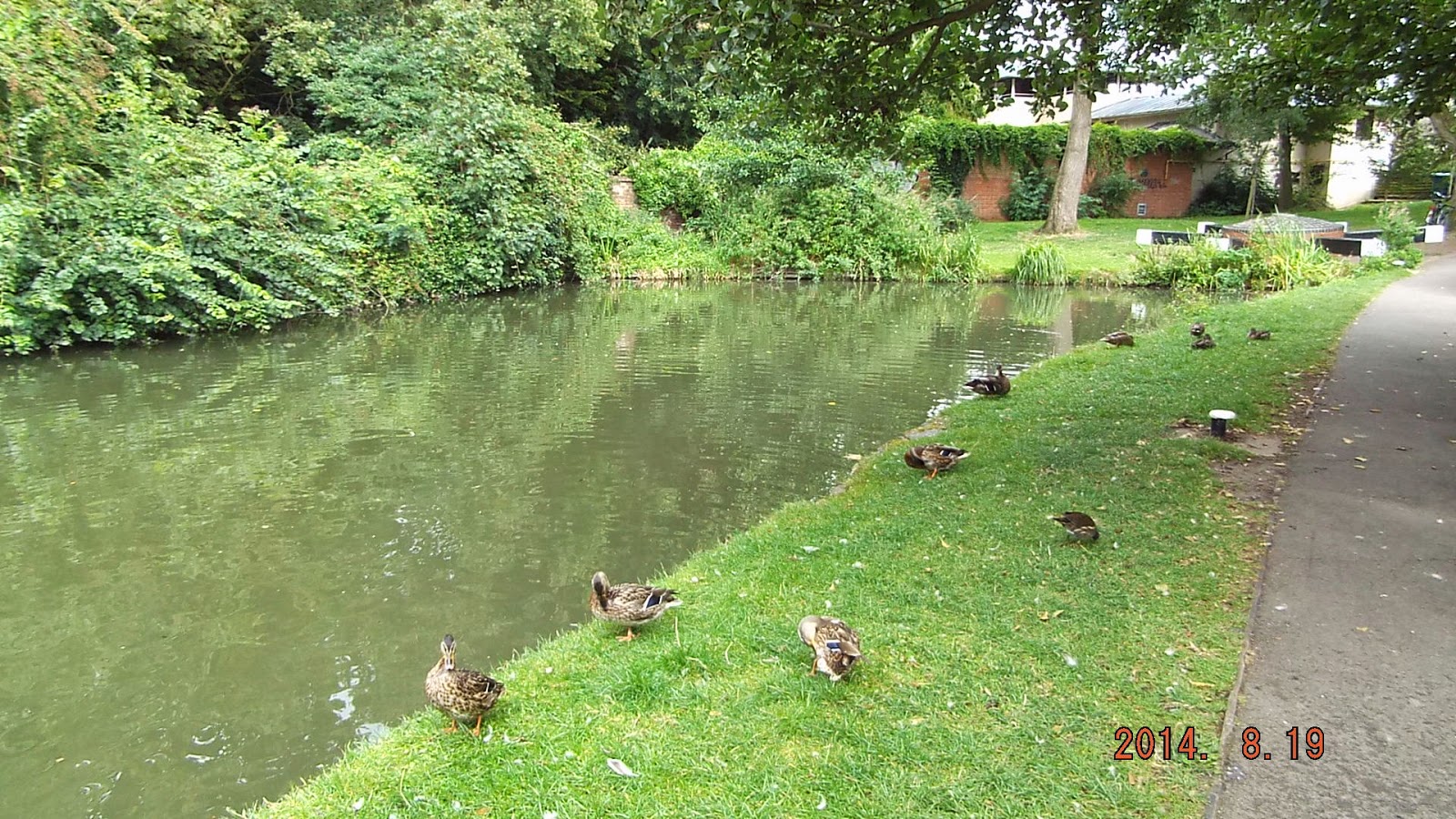 The end of the Oxford Canal - no winding hole, so no visiting boats come here? 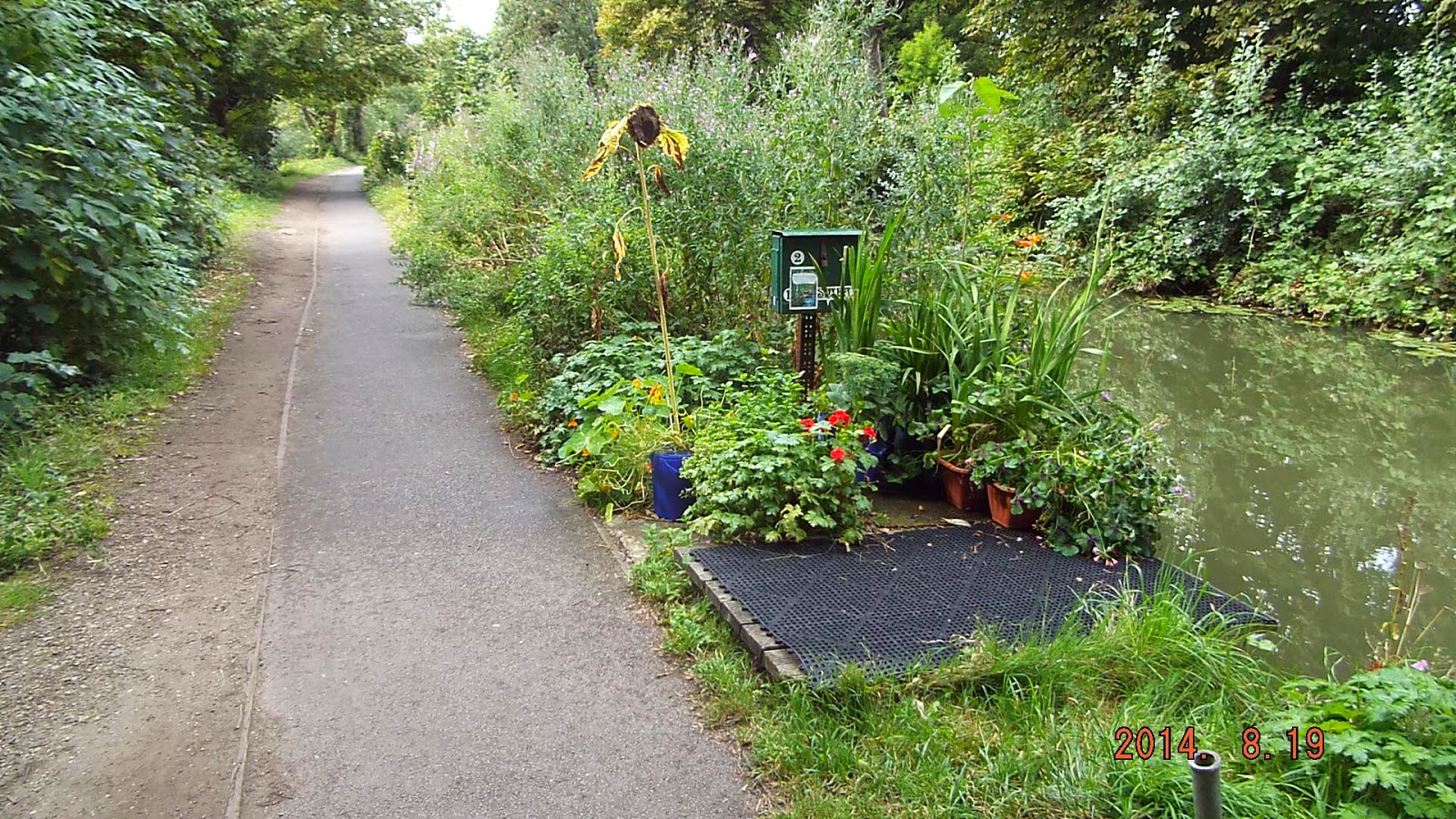 The residential moorings look reasonably well kept - they have water, electric and their own post box! 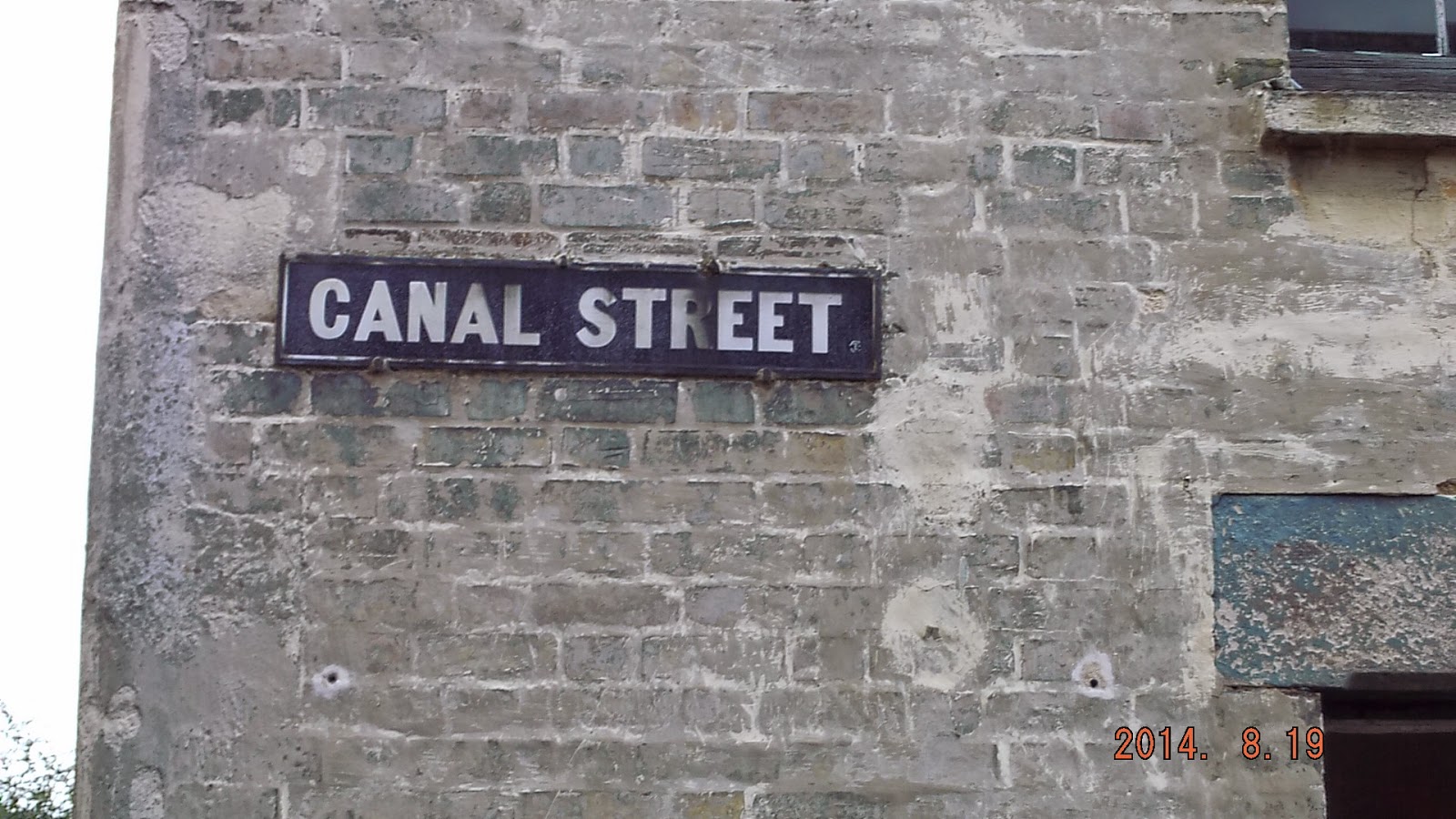 Around the back of Jericho 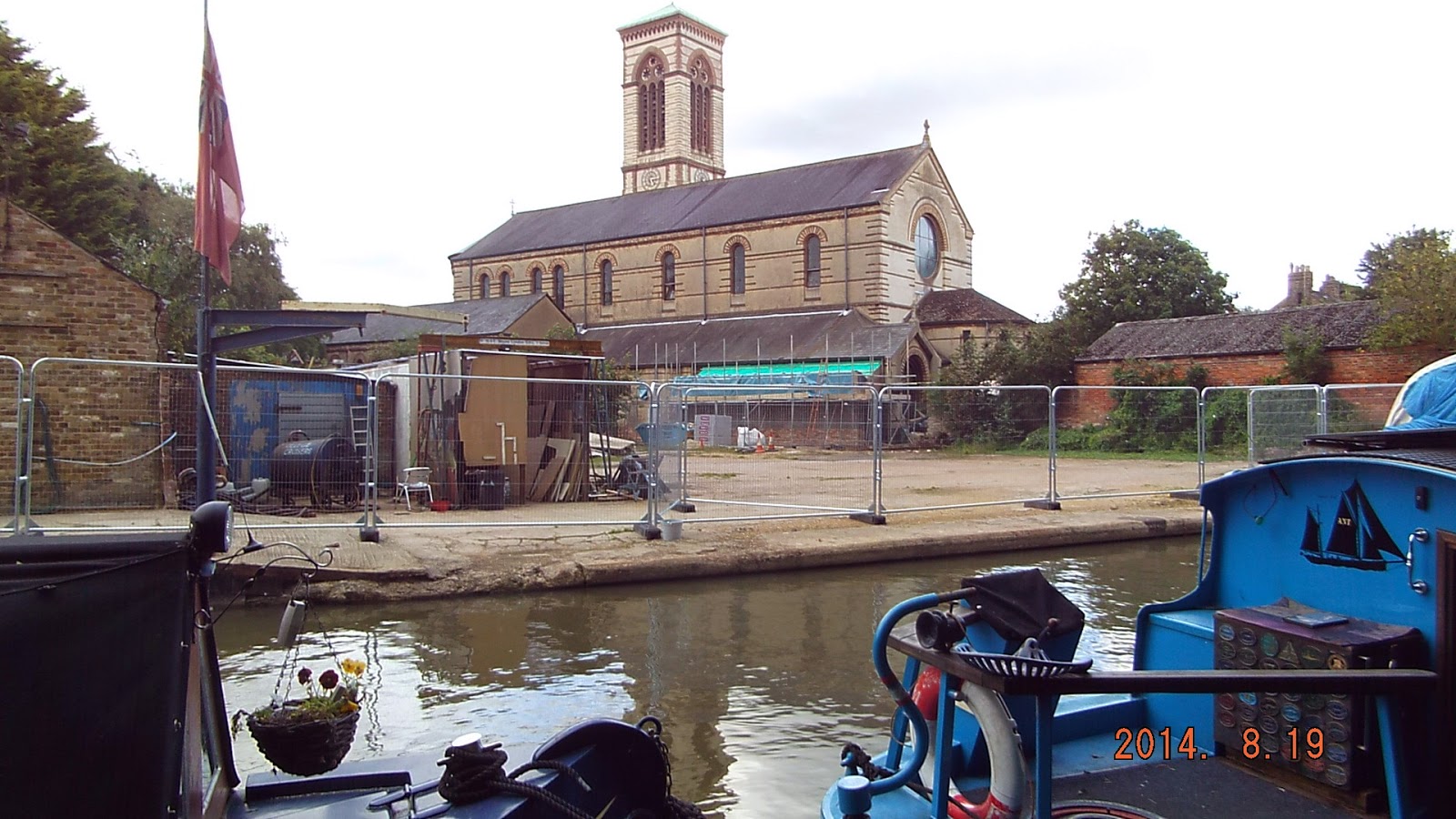 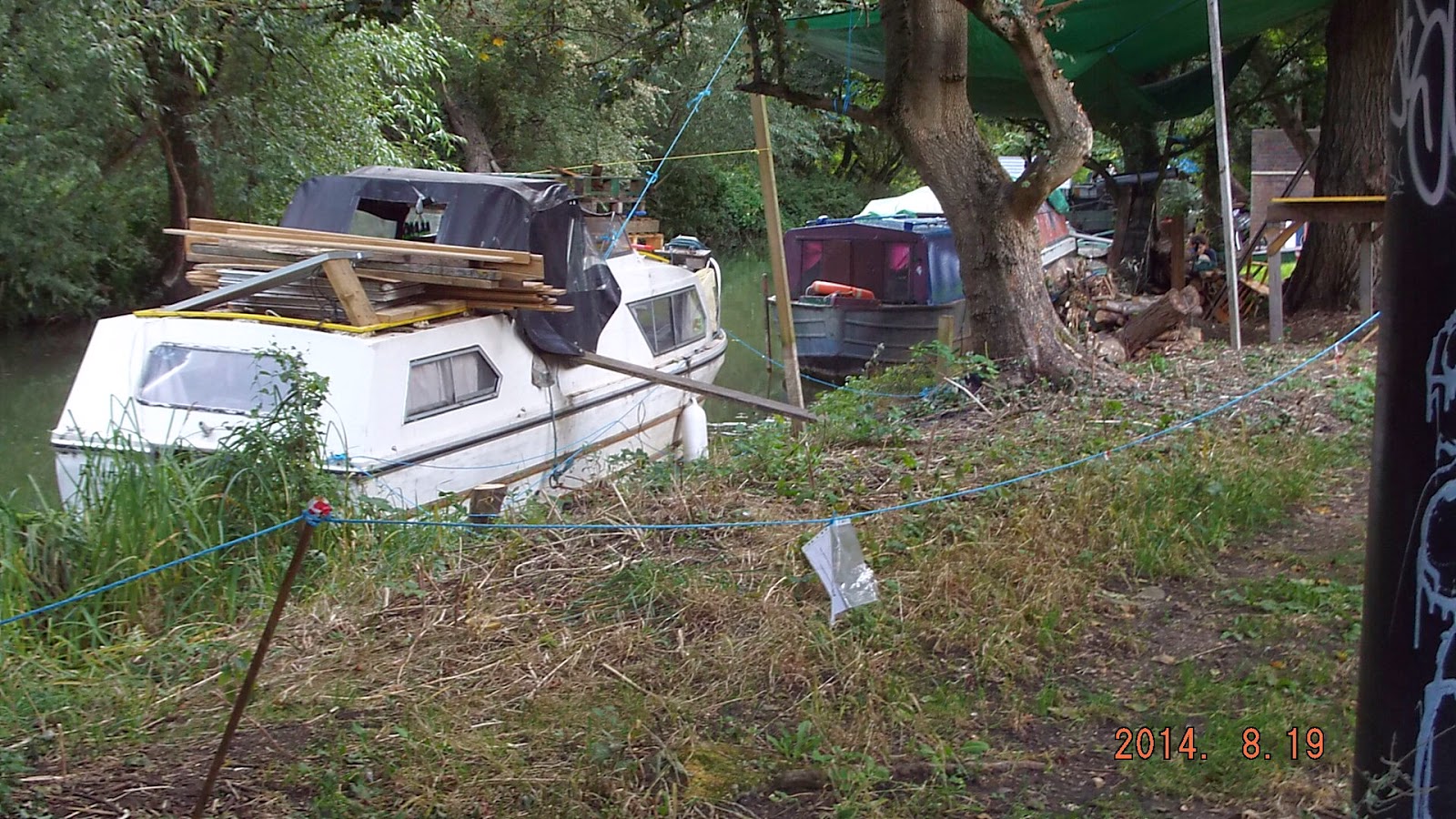 The controversial 'taking of community land' for a group of boaters on the mill stream backwater. This photo taken form the canal towpath - they have roped off their 'claimed' land. On the whole the site was reasonably tidy