Til the Cows Come Home at the Pig Place 2014

We left the centre of Banbury for the second time and negotiated the lift bridge and town lock to head southwards - only for 10 minutes as we moored for Morrisons!
We needed to stock up as we head into the country again. 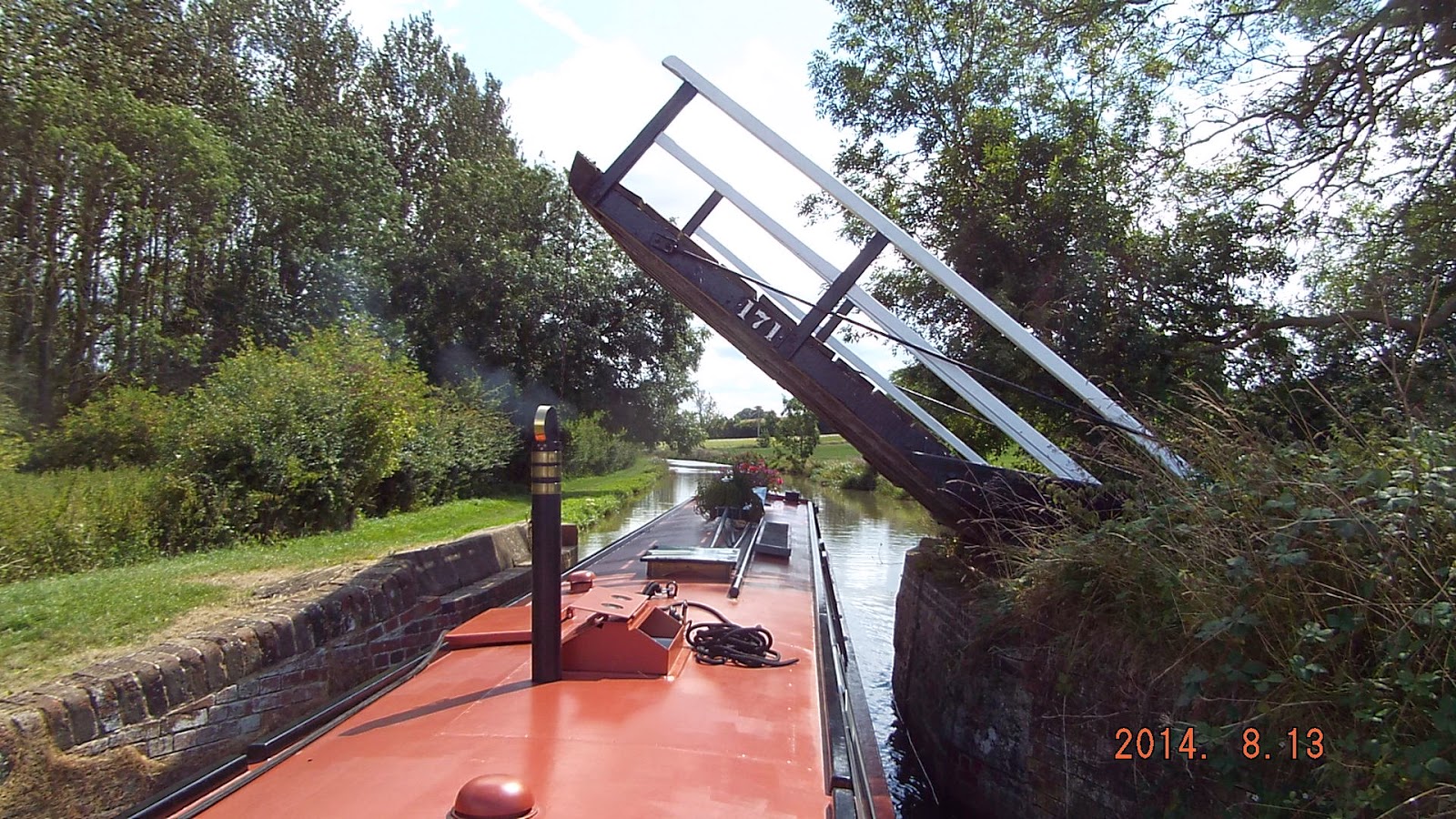 Passing under another of the (open) lift bridges 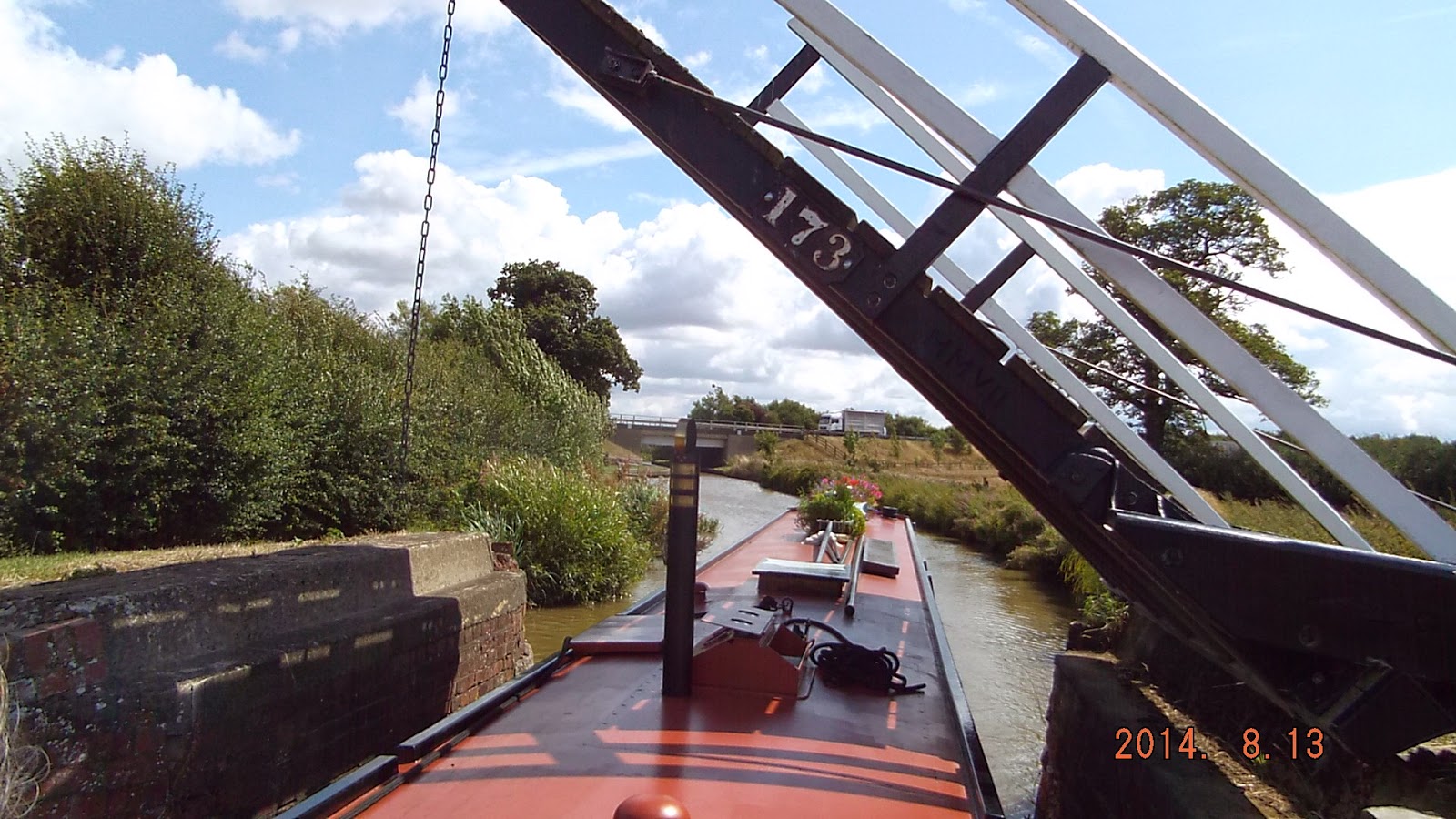 Old lift bridge and modern M40 in the distance 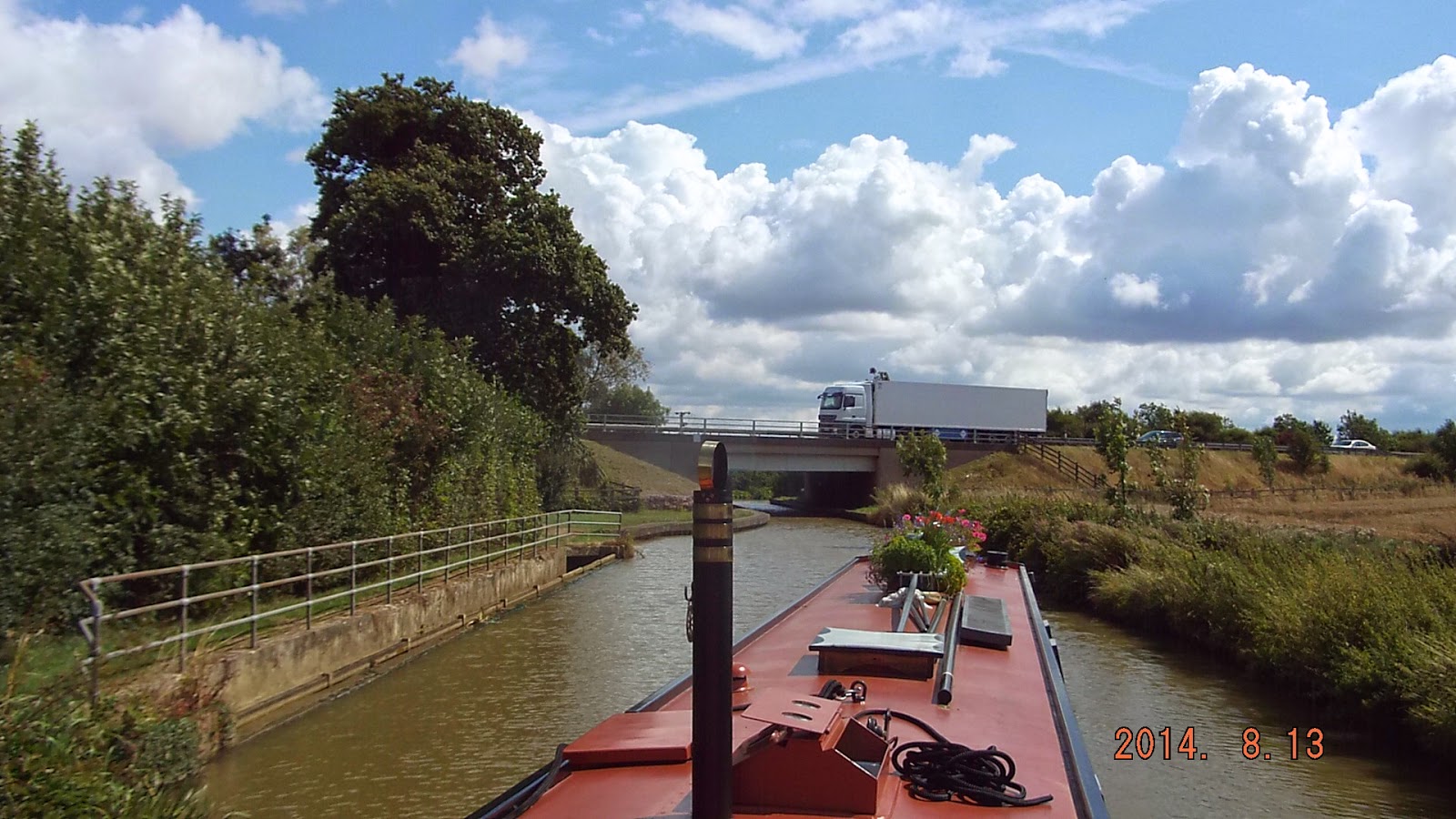 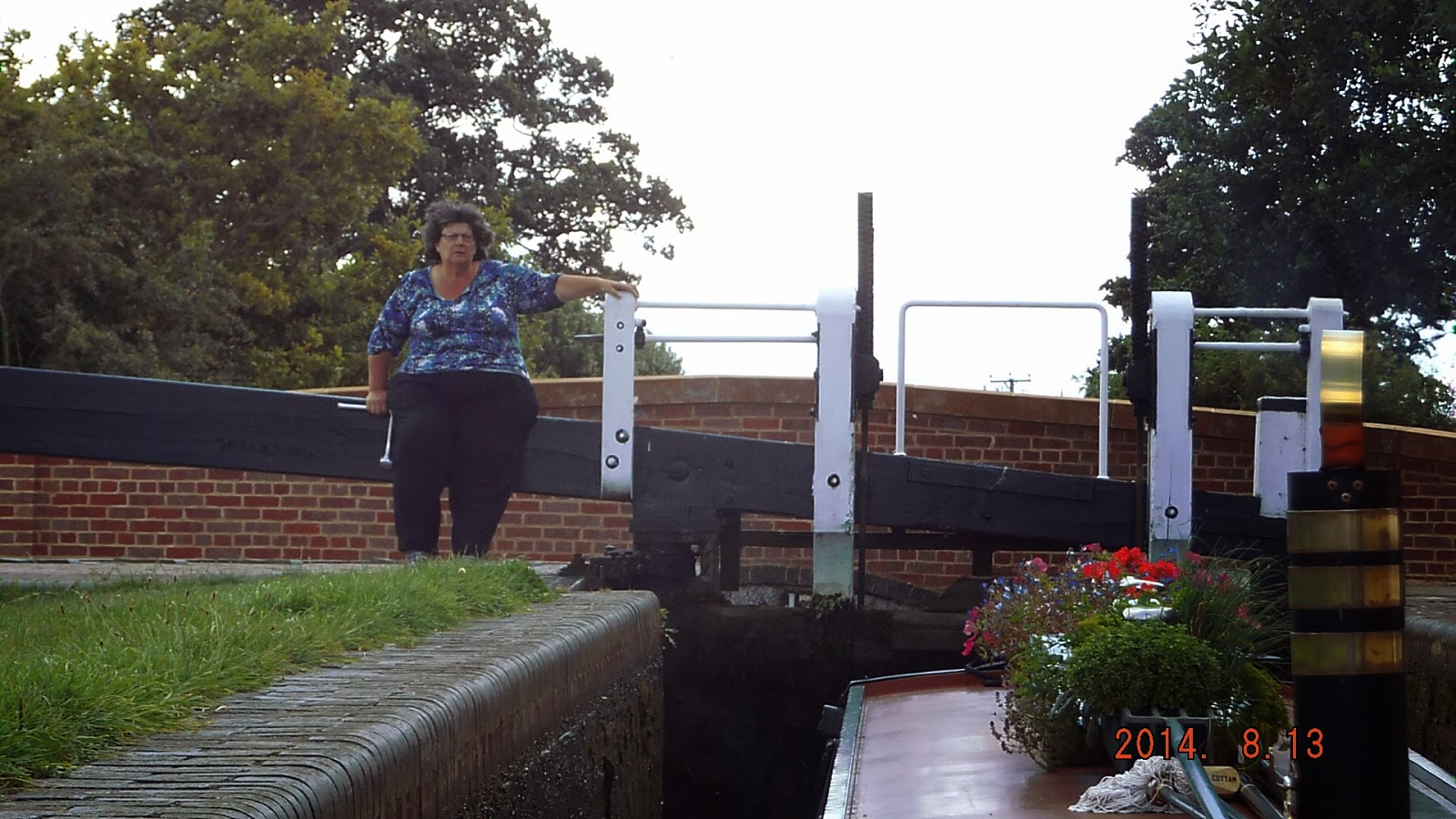 Chris having a rest at Grants Lock 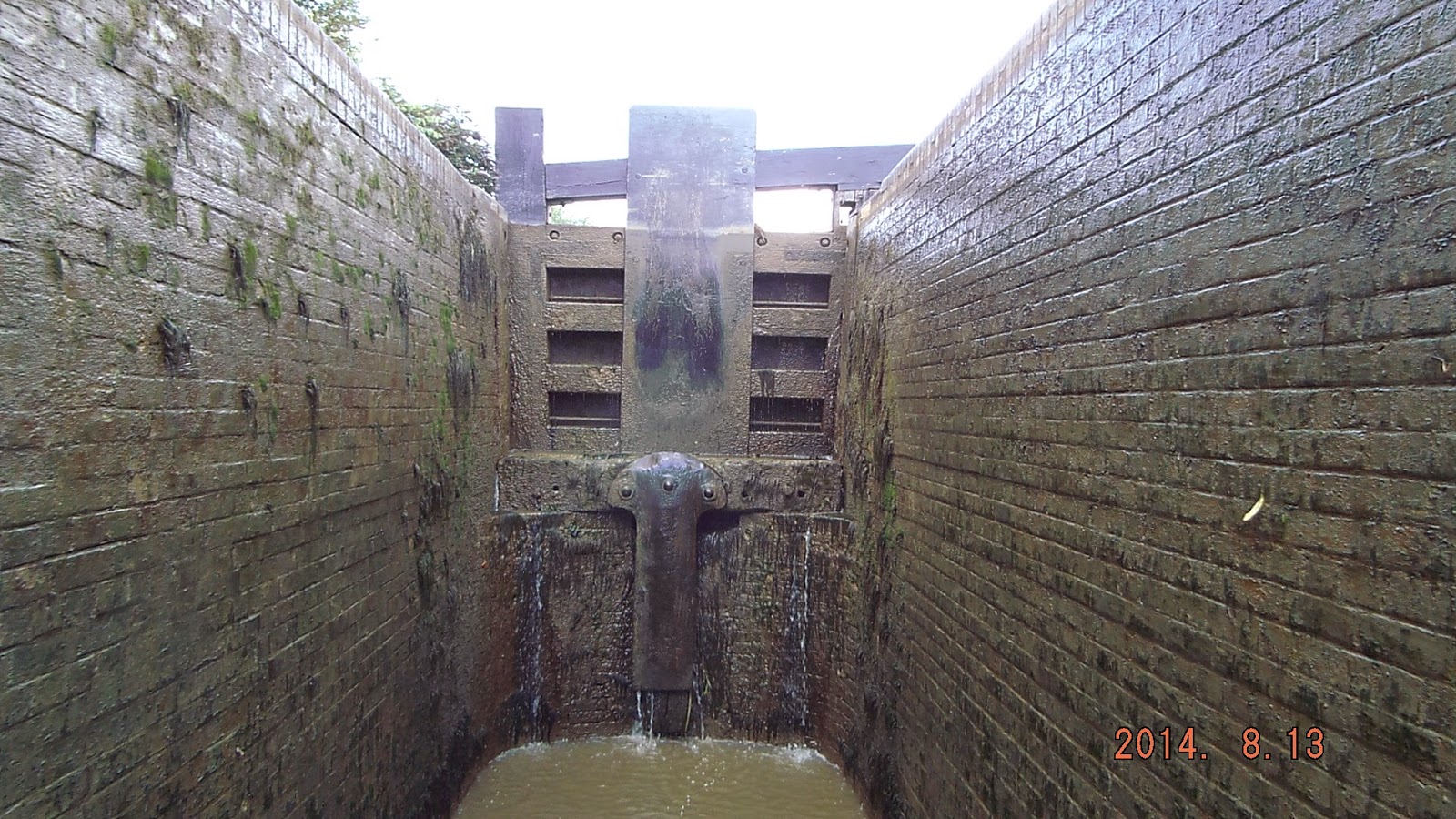 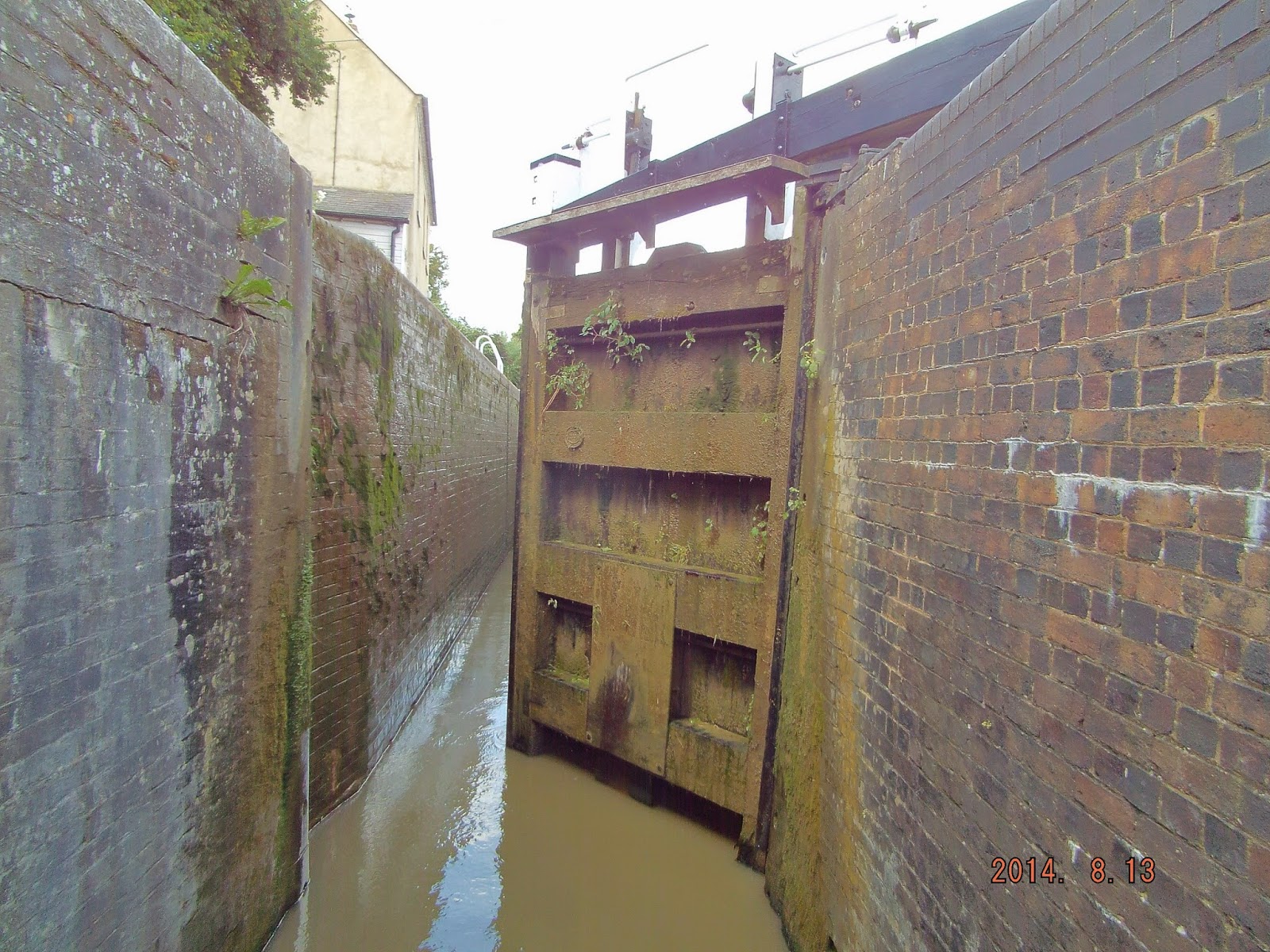 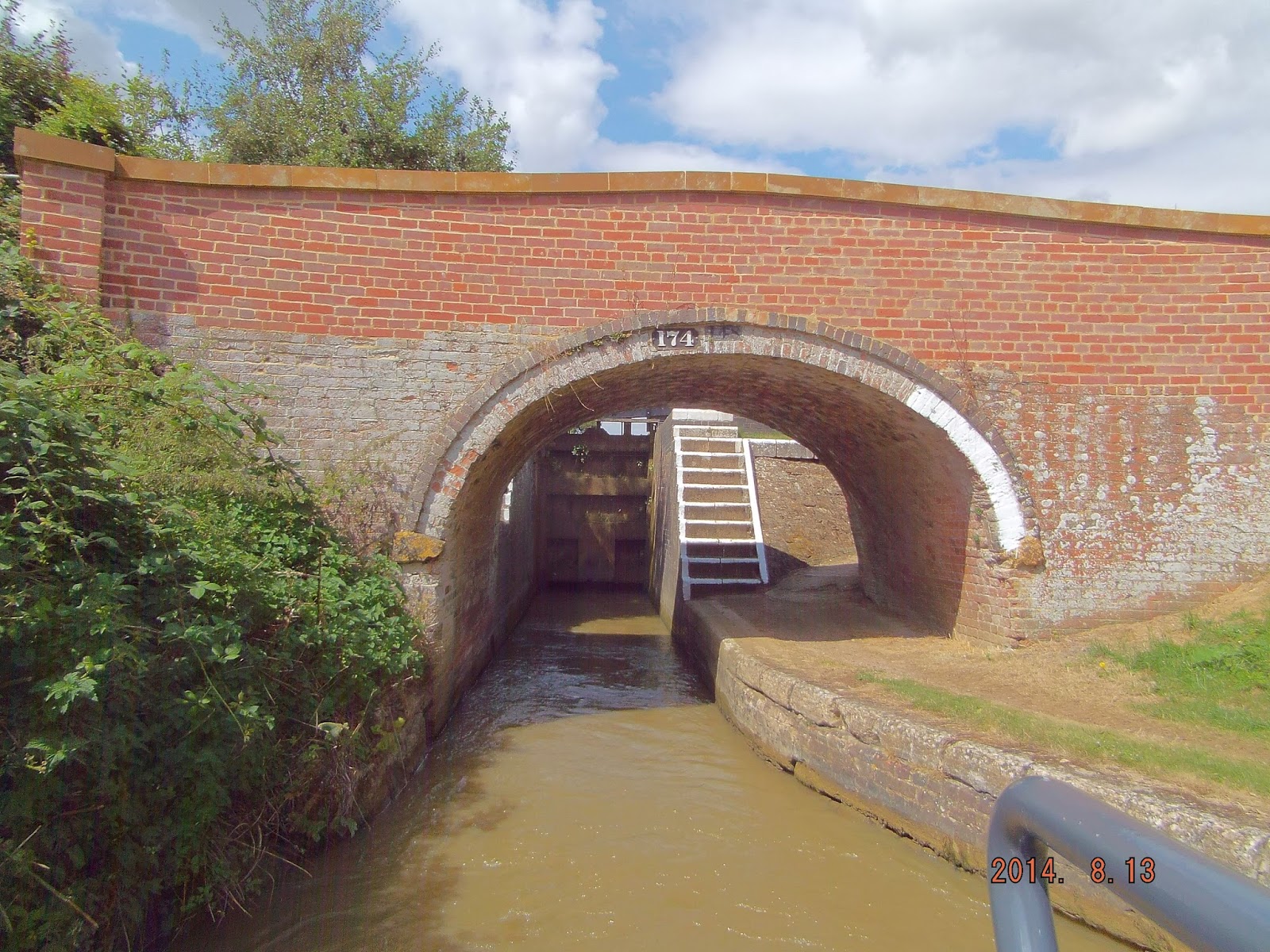 A view of the lock and bridge combination 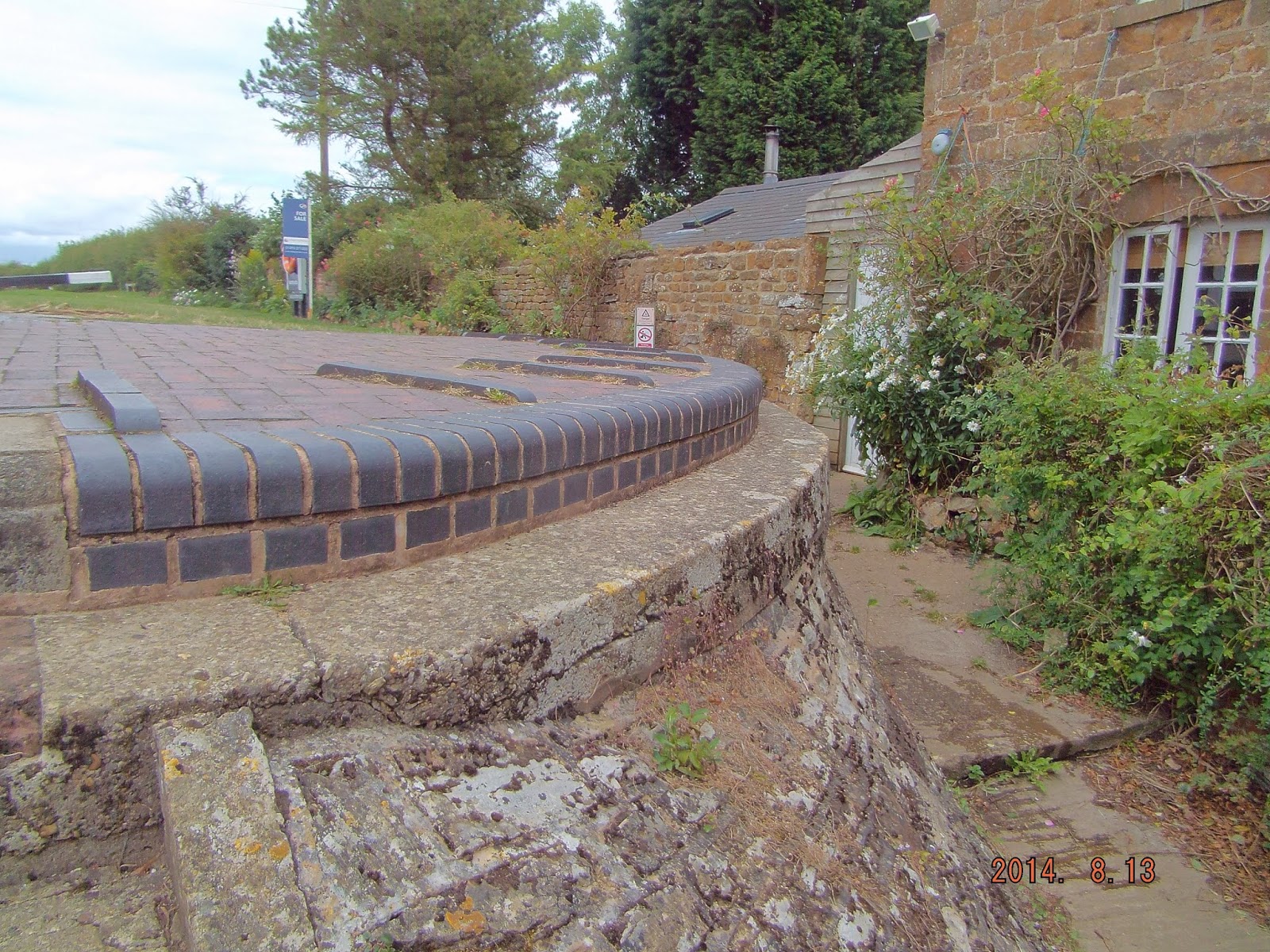 This is Kings Sutton Lock at a 10' 8" and so needs a long lock beam. To make it easier to close, there is an extra ledge to walk/push round 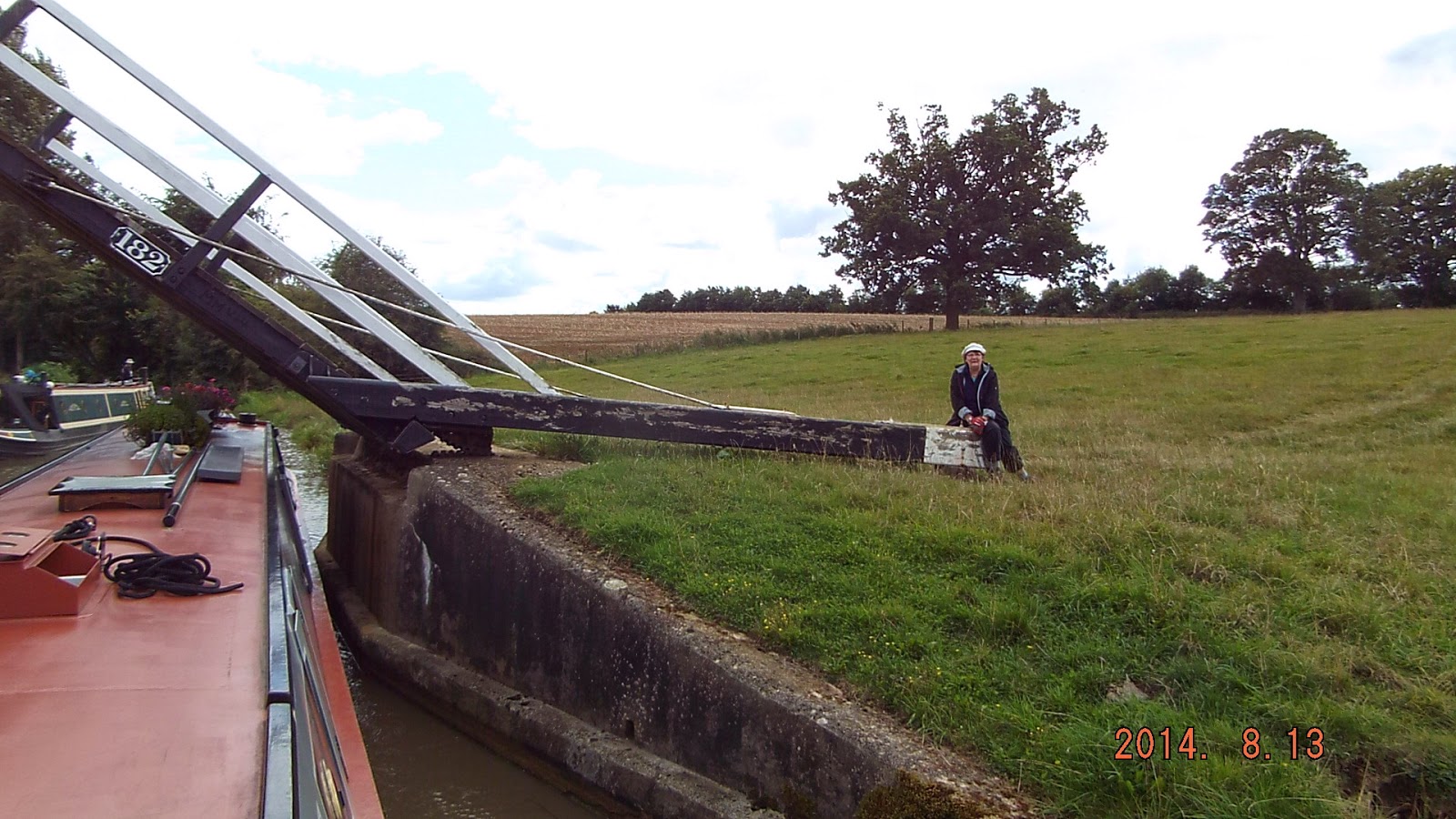 Lift Bridge No.182 - this one does need opening, here by another helpful boater 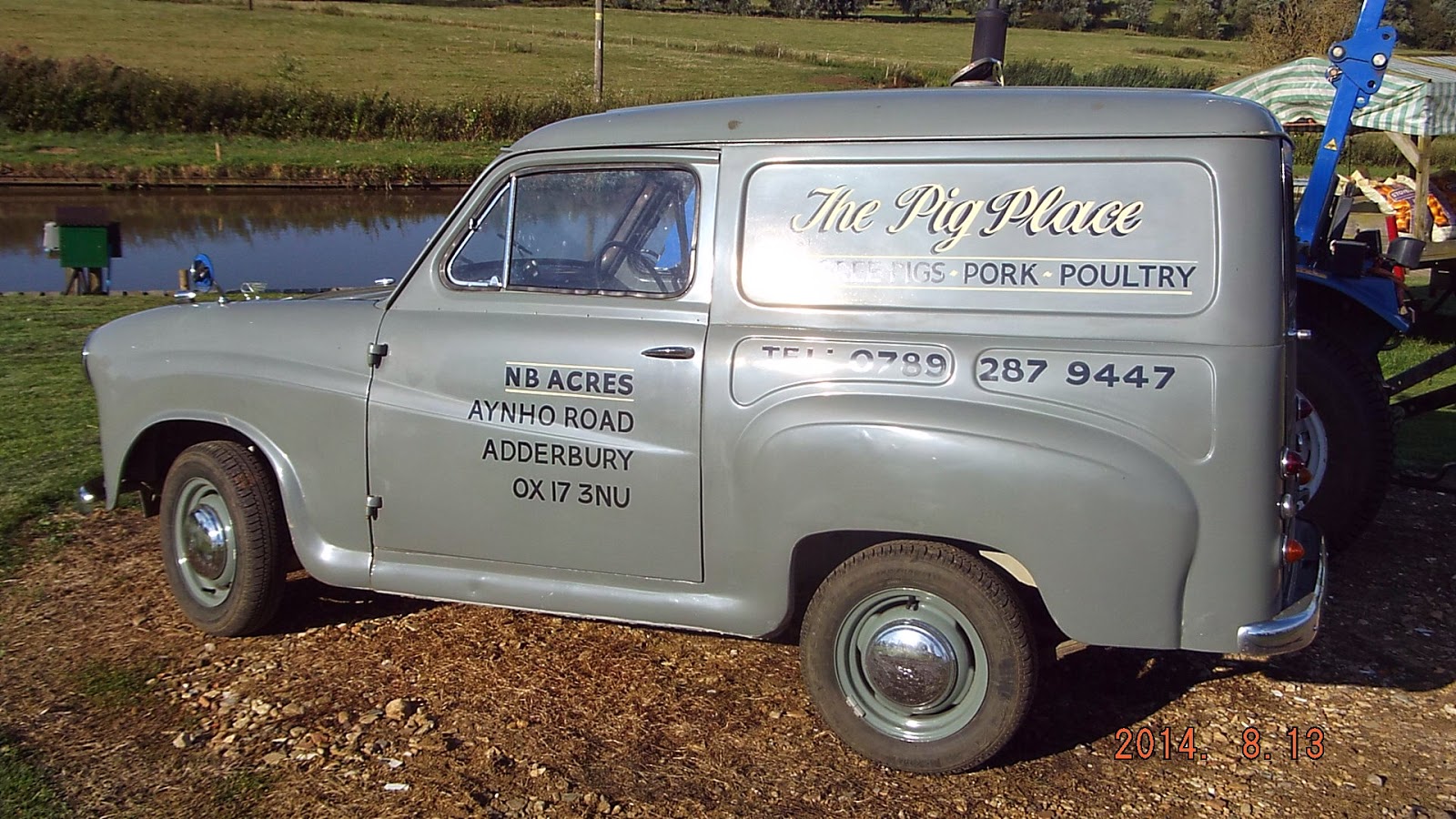 We came to the Pig Place and decided to call in for an ice-cream! Then decided to stop the night with mains electric hook up for £12 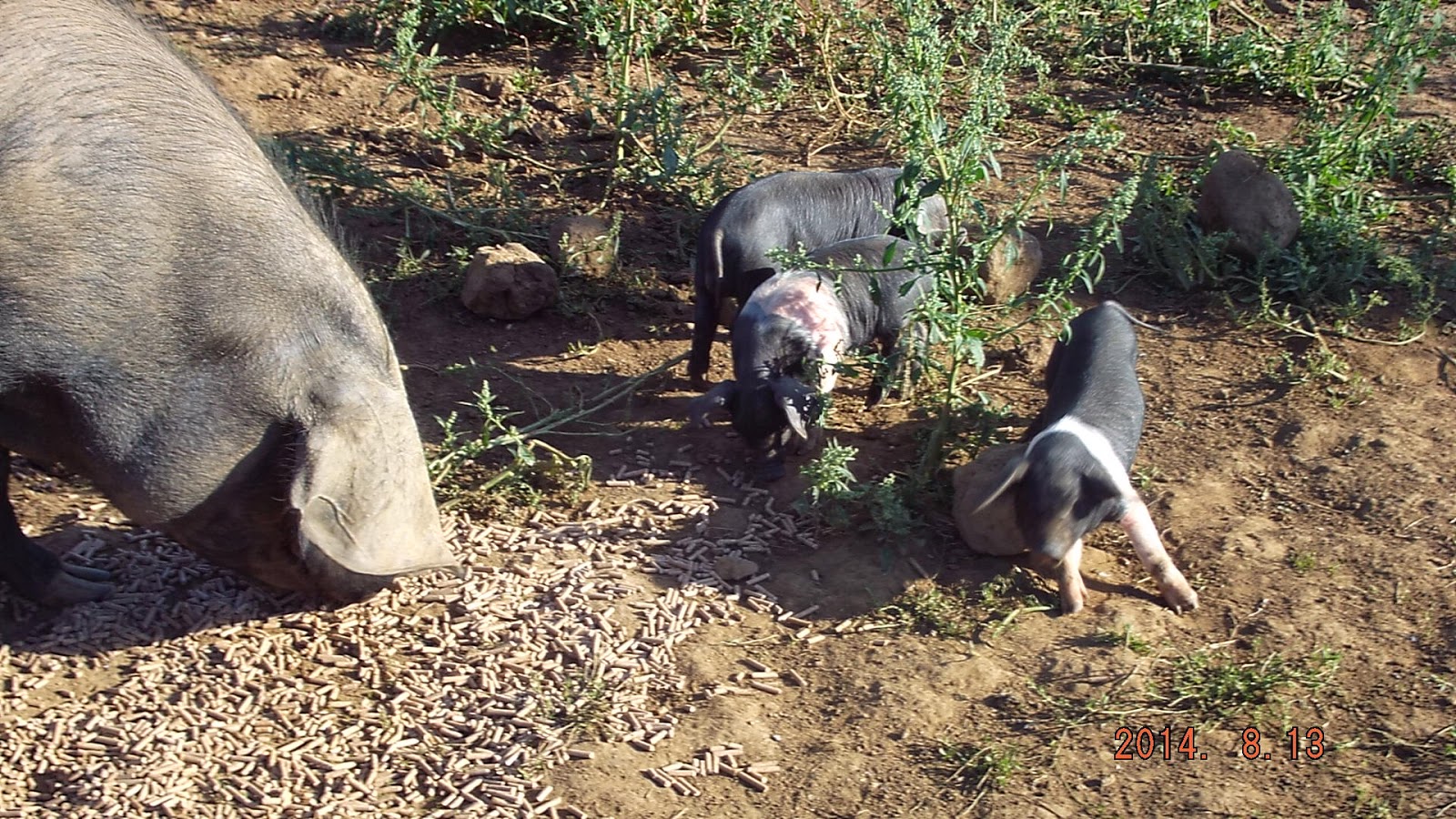 Some of the pigs 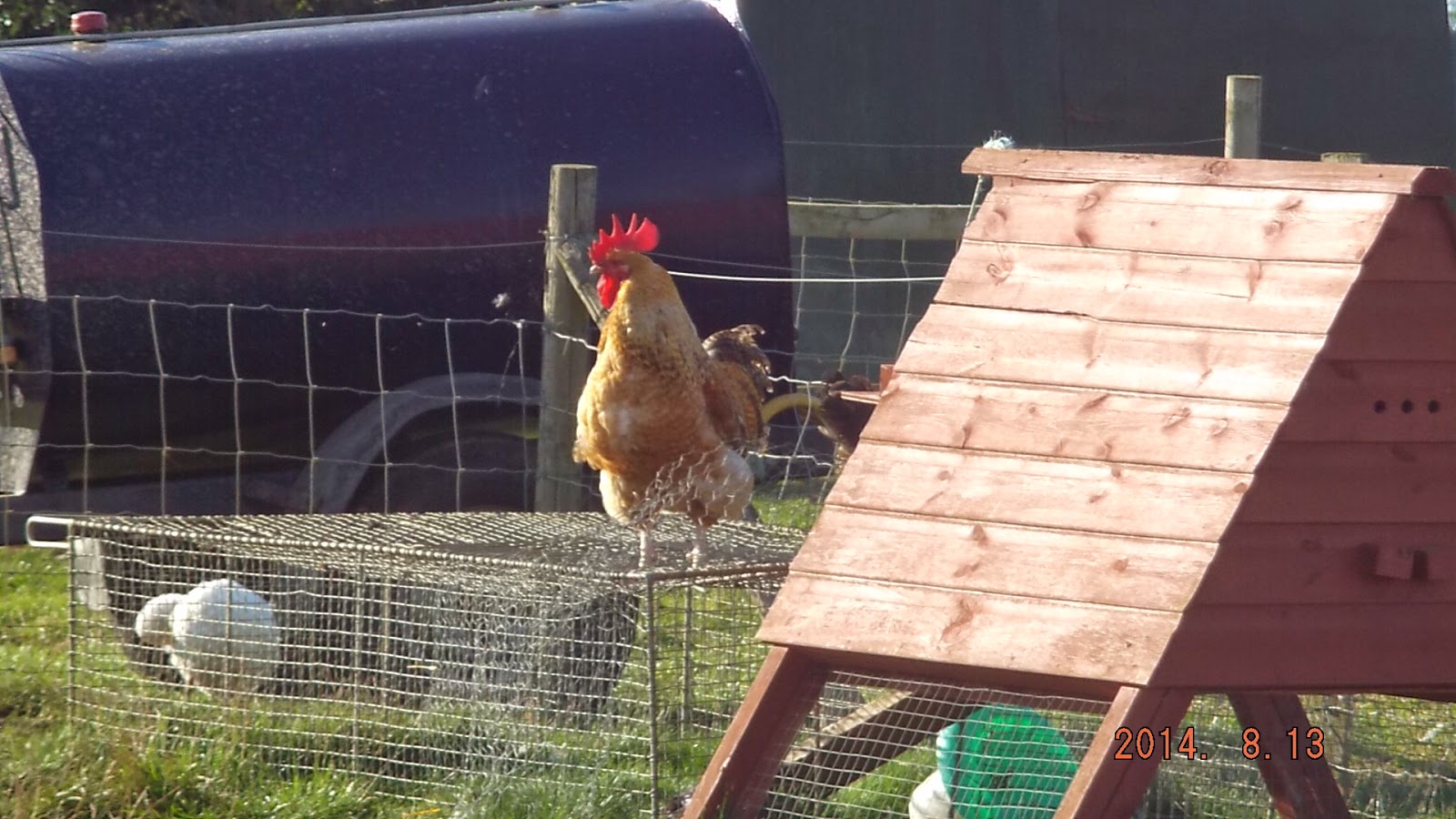 This rooster was not to be outdone! 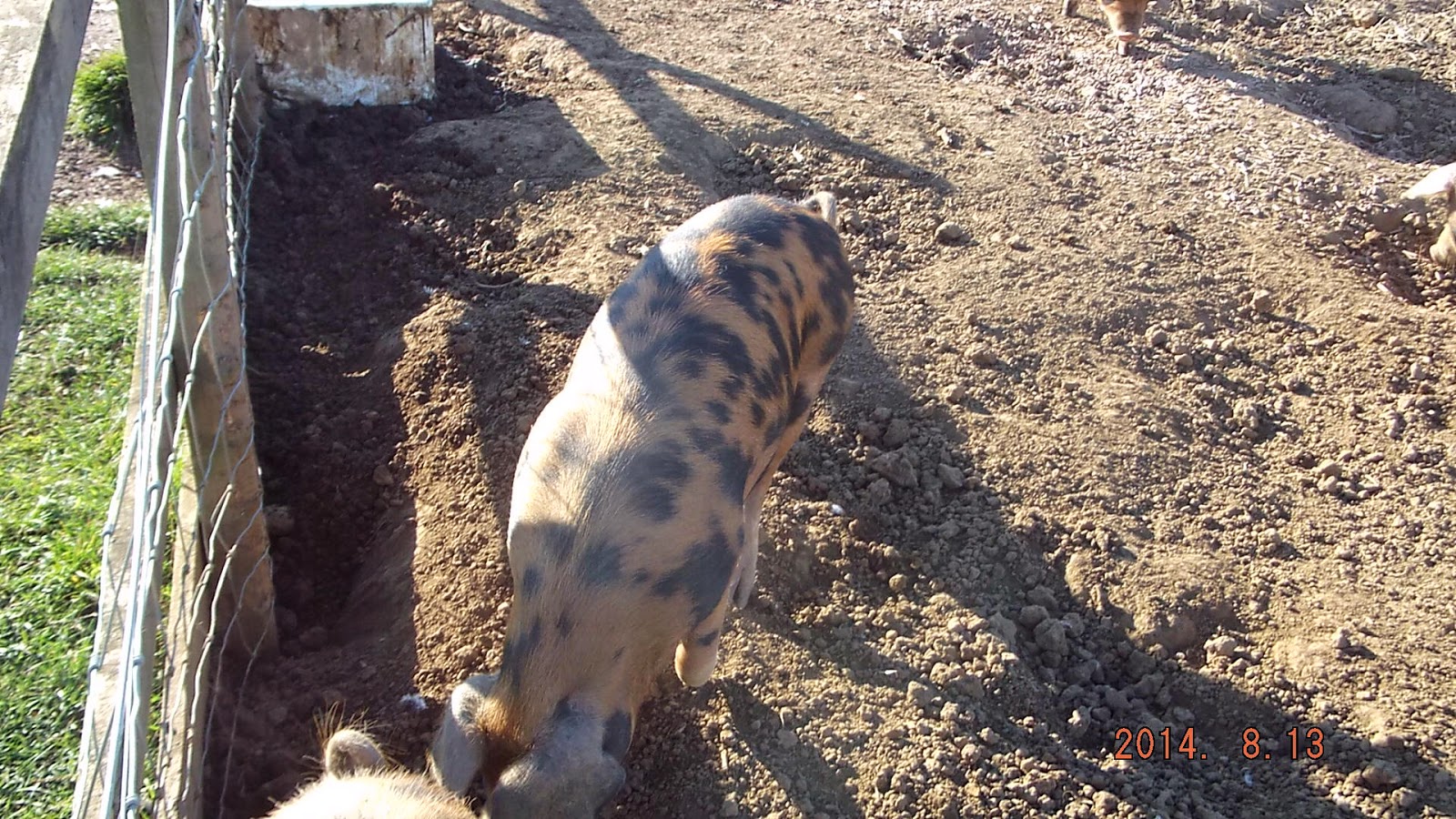 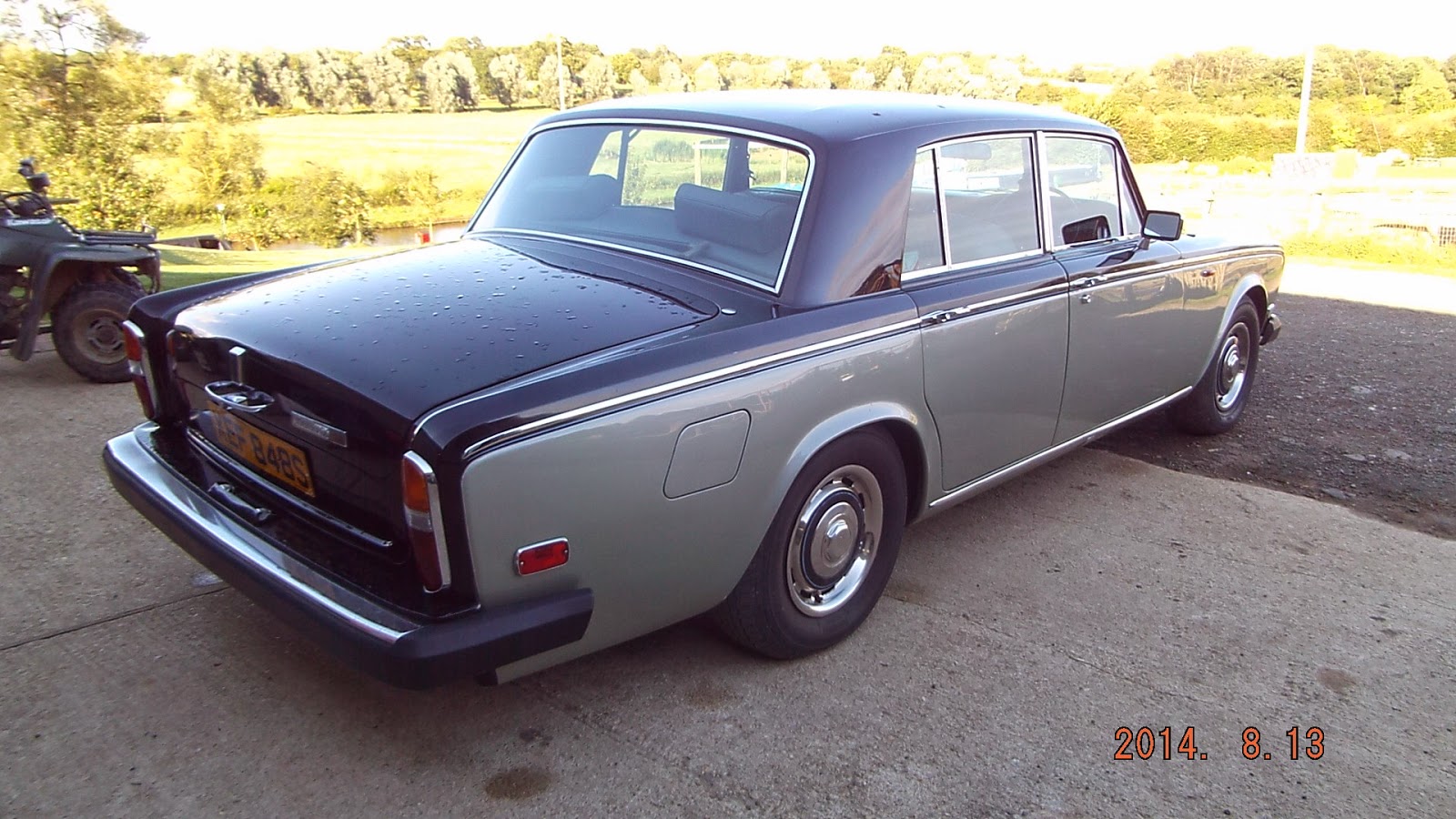 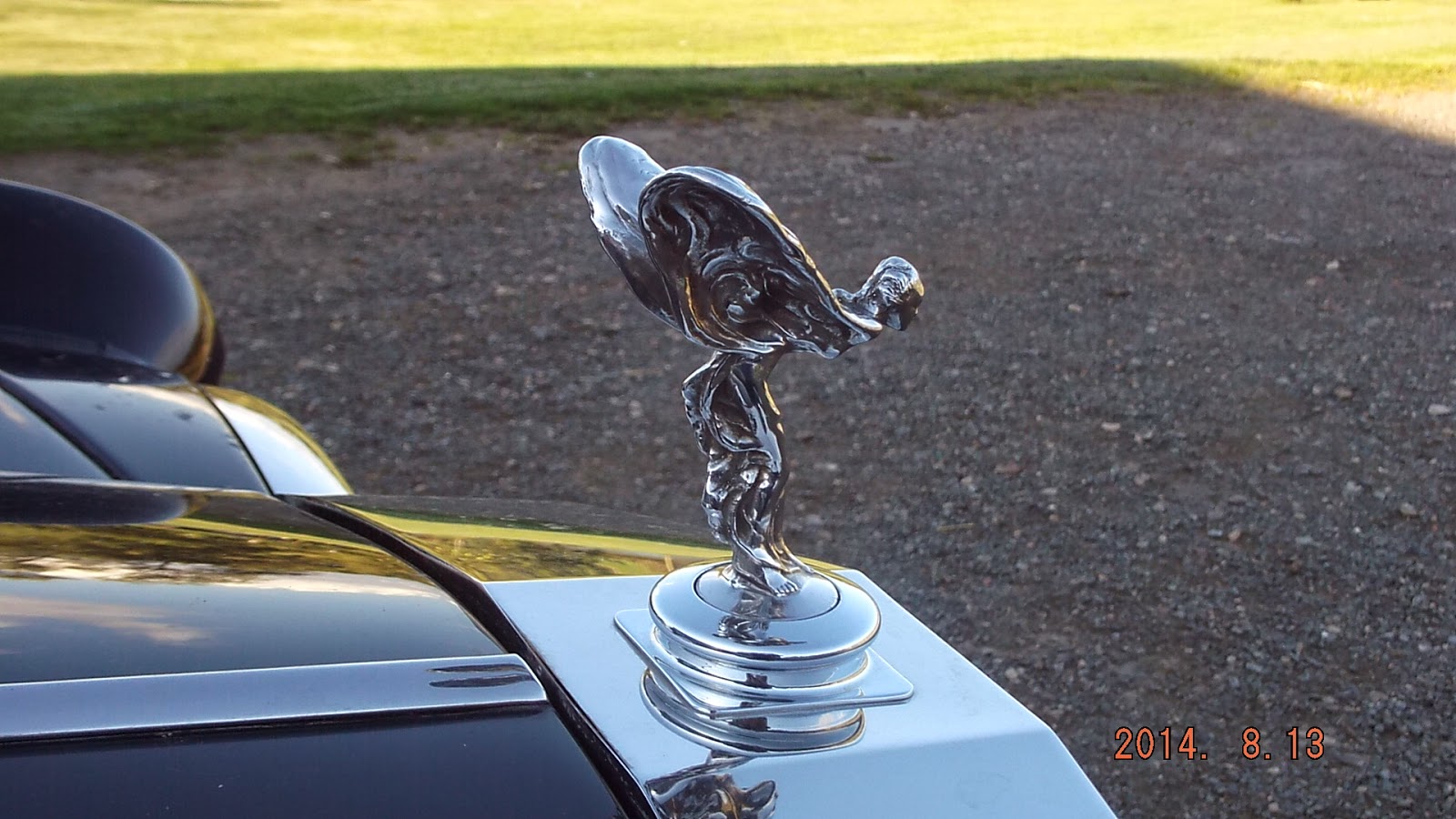 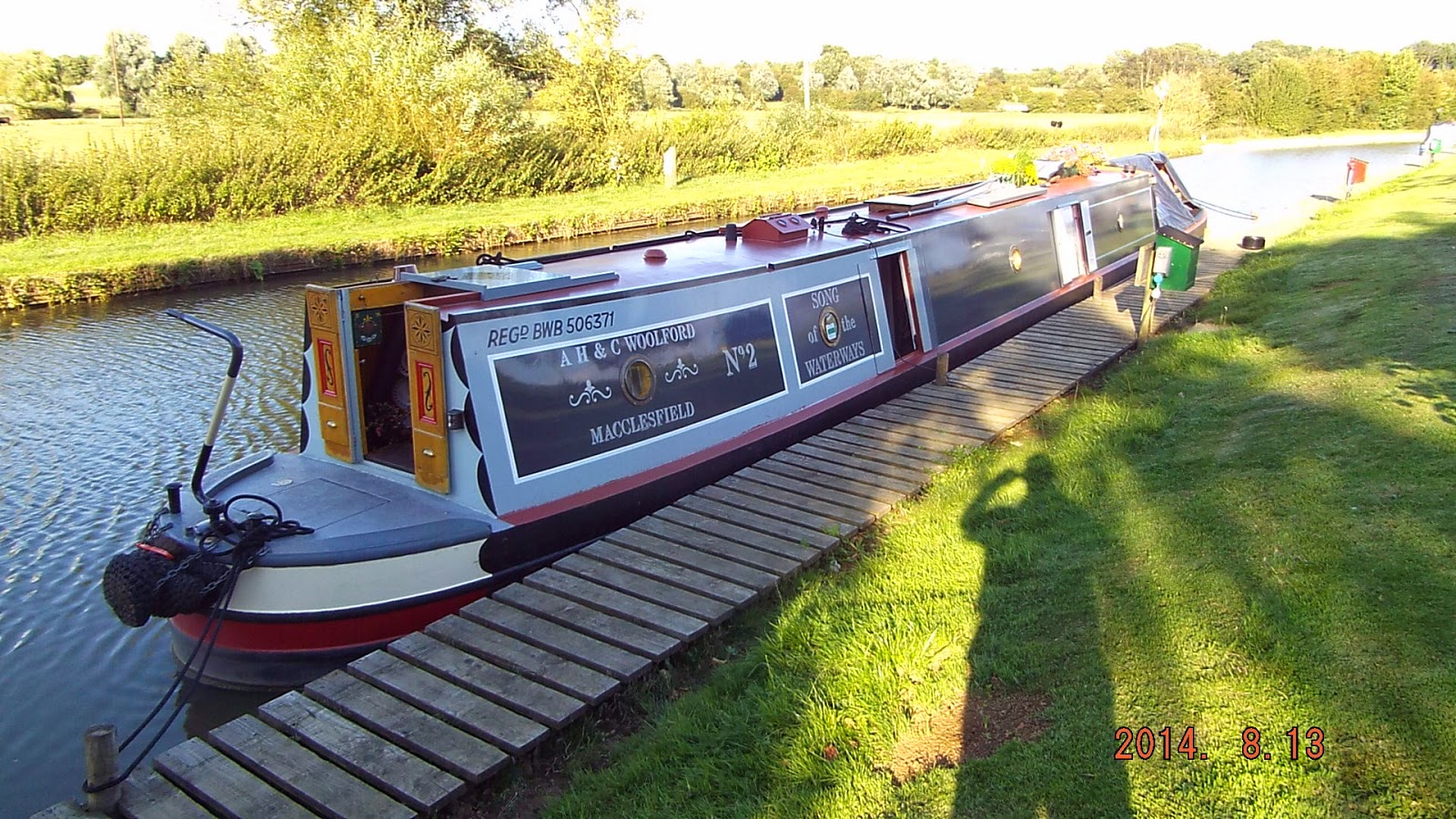 A late evening photo - moored at the  Pig Place 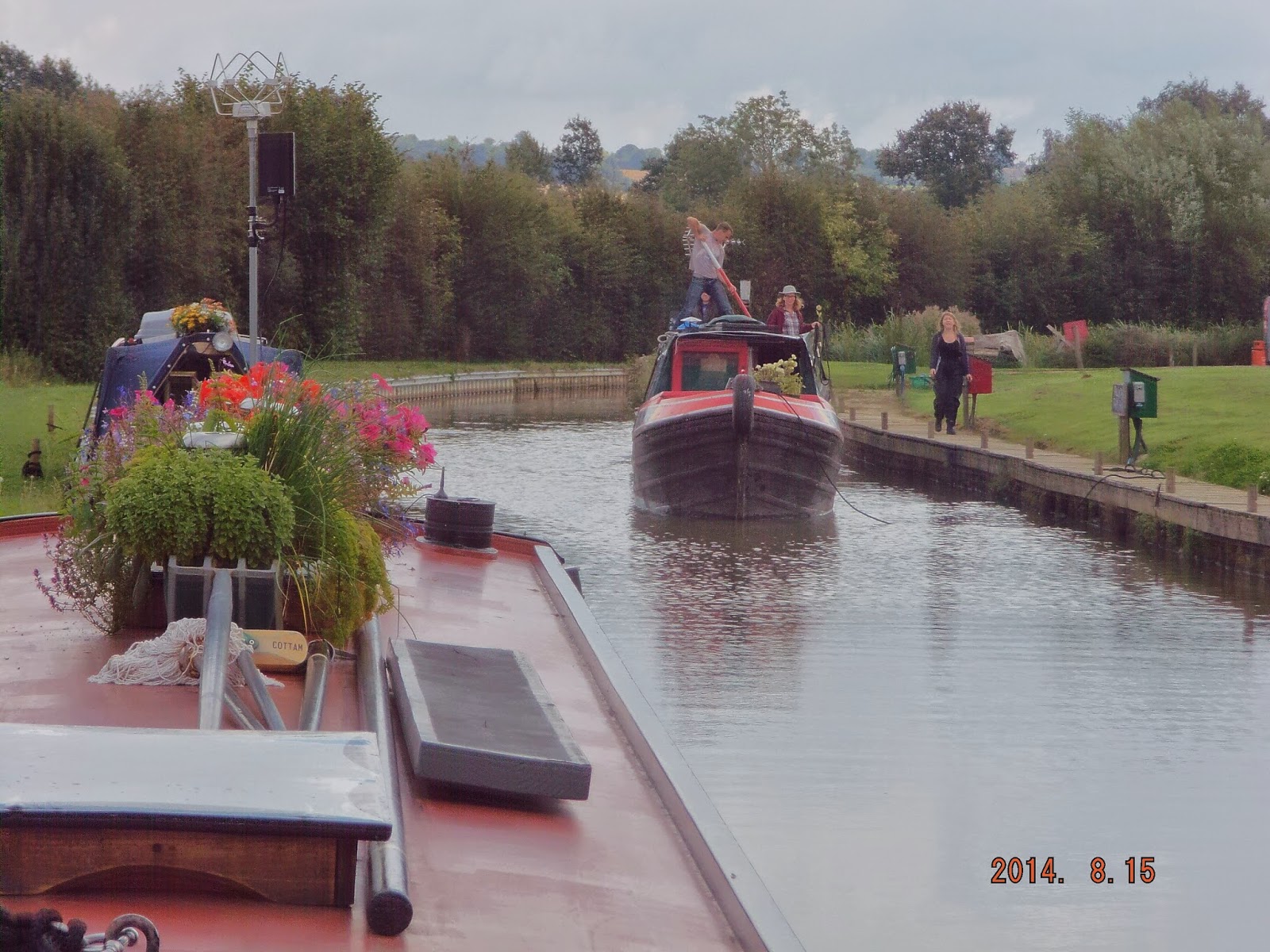 We saw the advert for the Mikron Theatre coming up the Oxford Canal - happily coming into the Pig Place. So we pushed over to the towpath and awaited the day of the show.
Here the Mikron's narrowboat arrives - and gets stuck on the mud edge due to the low pound 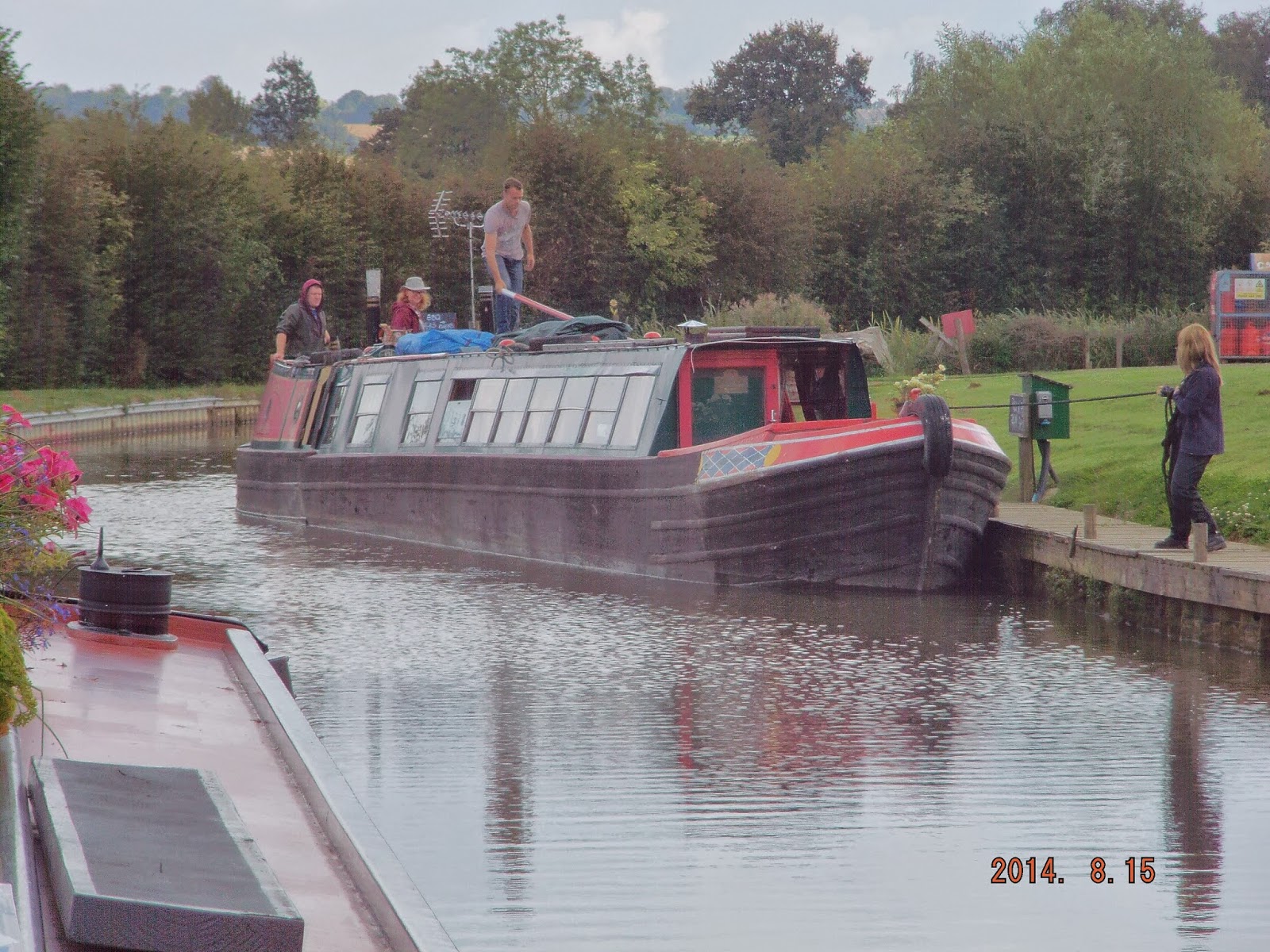 Mikron edges forward and into the pontoon 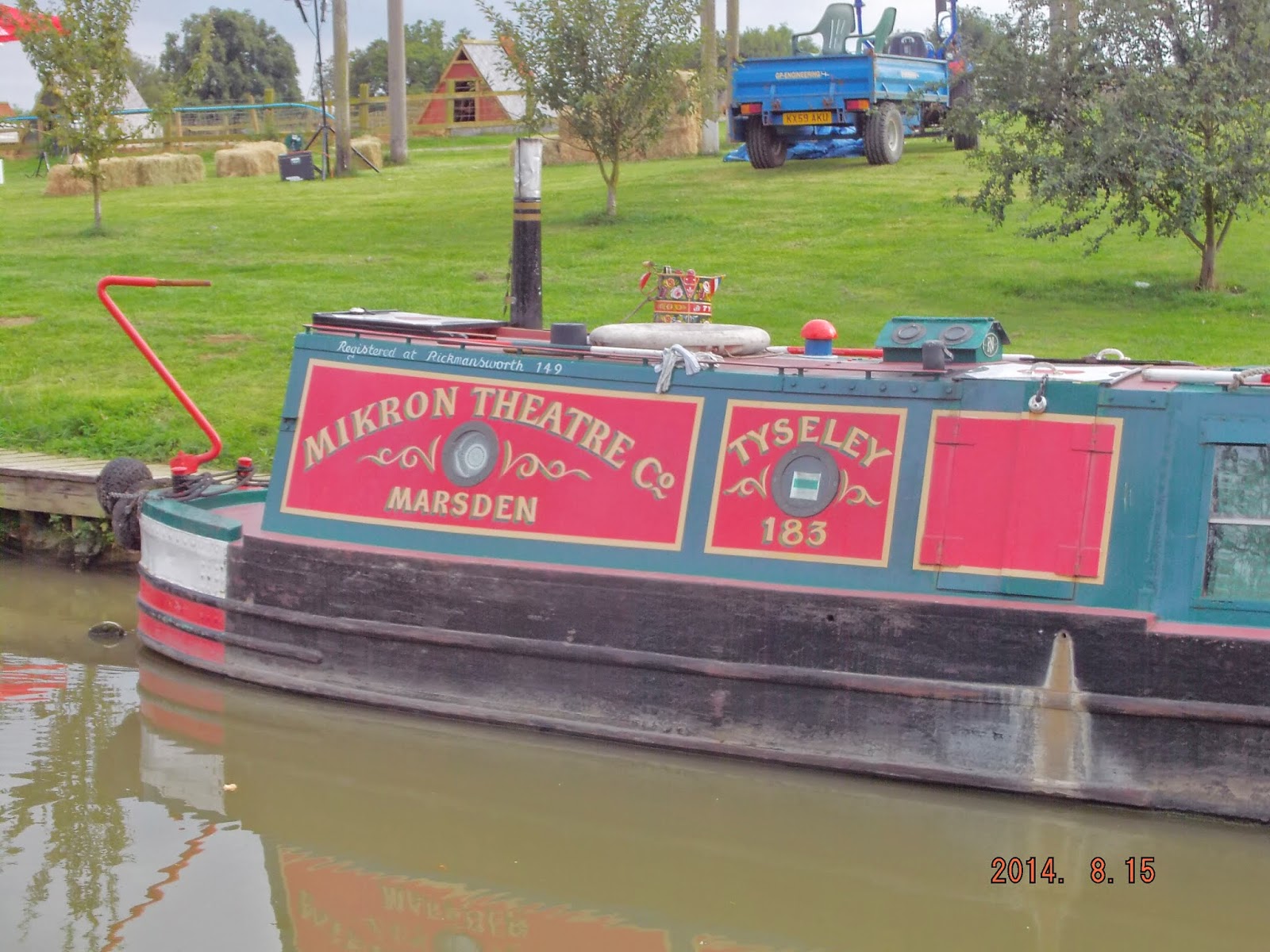 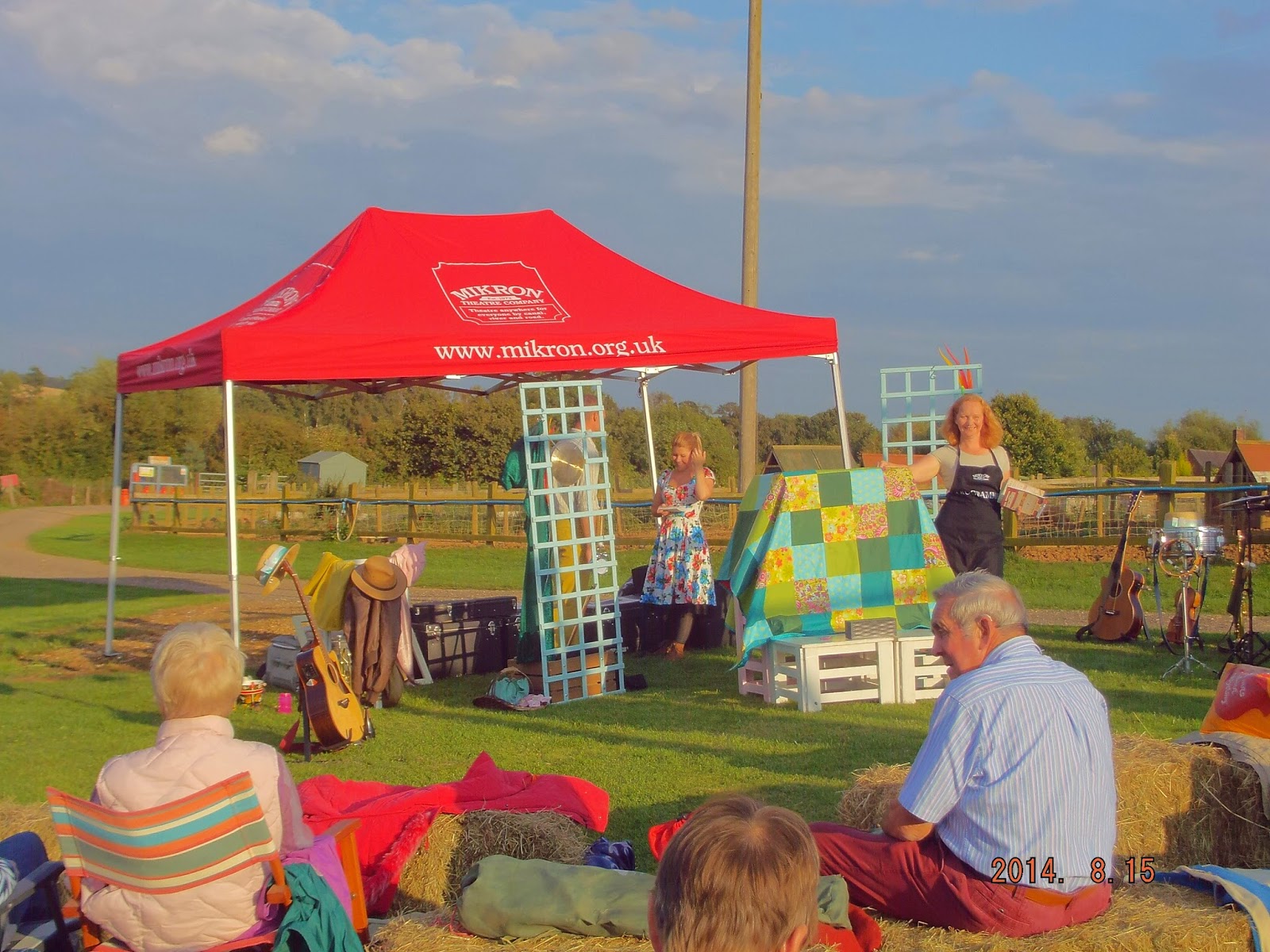 Getting ready for the 'Til the Cows Come Home' show - absolutely excellent and highly recommended!