Having got up to Lechlade on the Saturday - and then checking the weather forecast -  we realised that Bank Holiday Monday would be a very wet day! So there was the Sunday to have a wander around. Would set back on the Tuesday.
Our son had driven up from Staines to join us, so the two of us walked up the remaining length of the Thames to Inglesham.
[I had intended to take the boat up there and was advised against this by another boater due to the silting.] 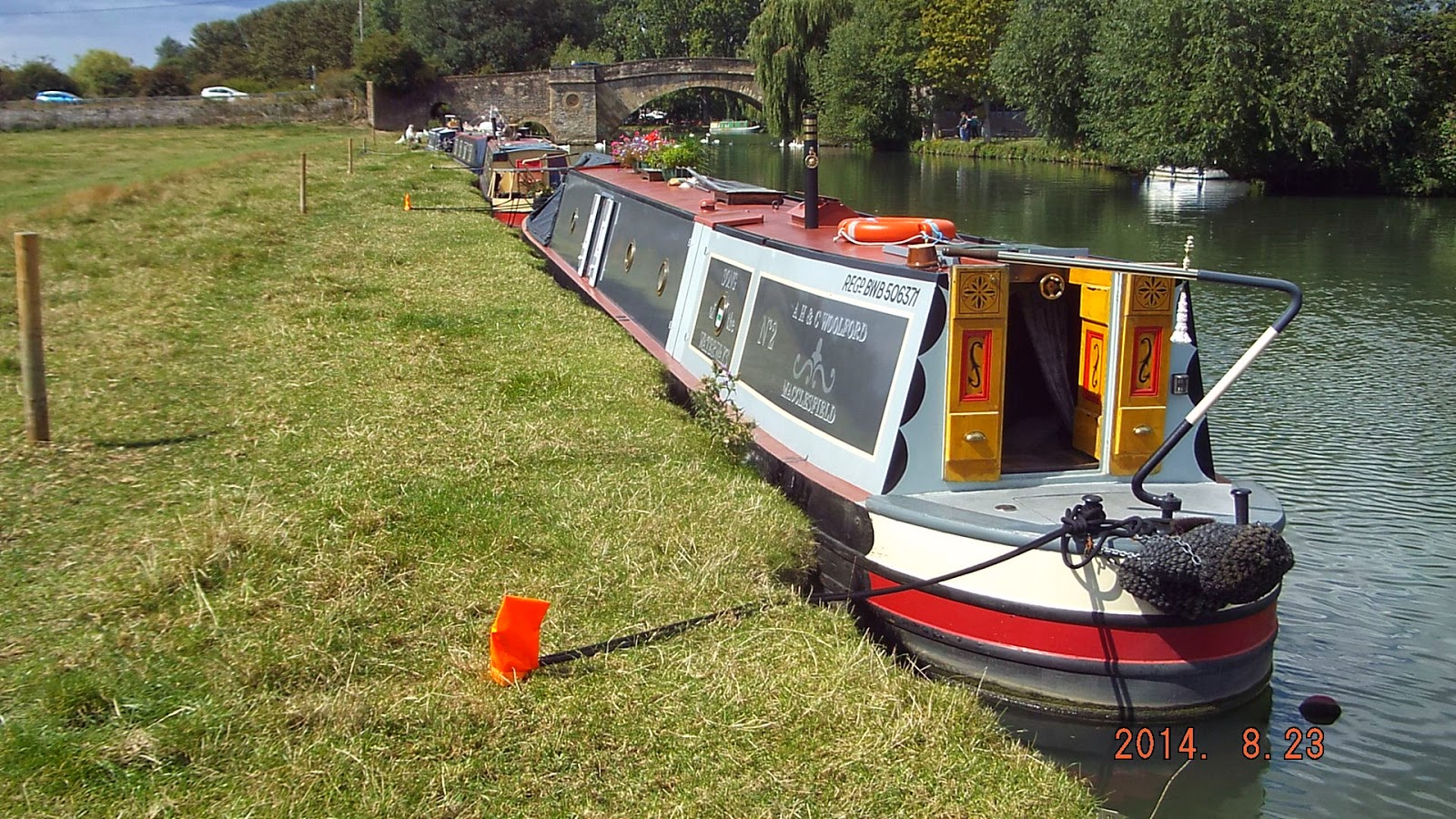 Moored facing upstream on the meadow at Lechlade 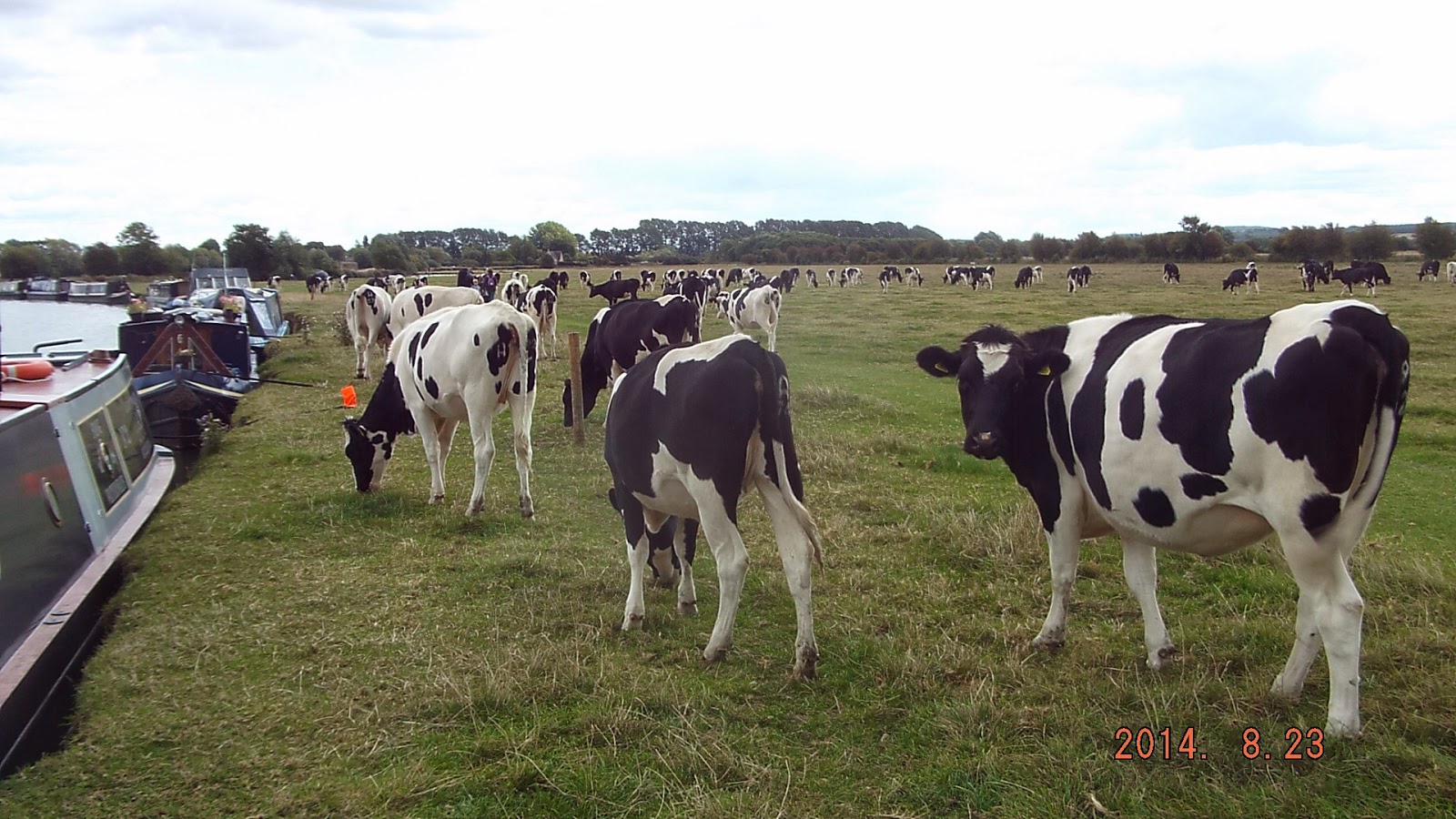 The large herd of heifers - they took a liking to my orange pin markers by trying to eat them! We were told they were also partial to flowers - so needed to move the flower troughs off the roof into the front hold! 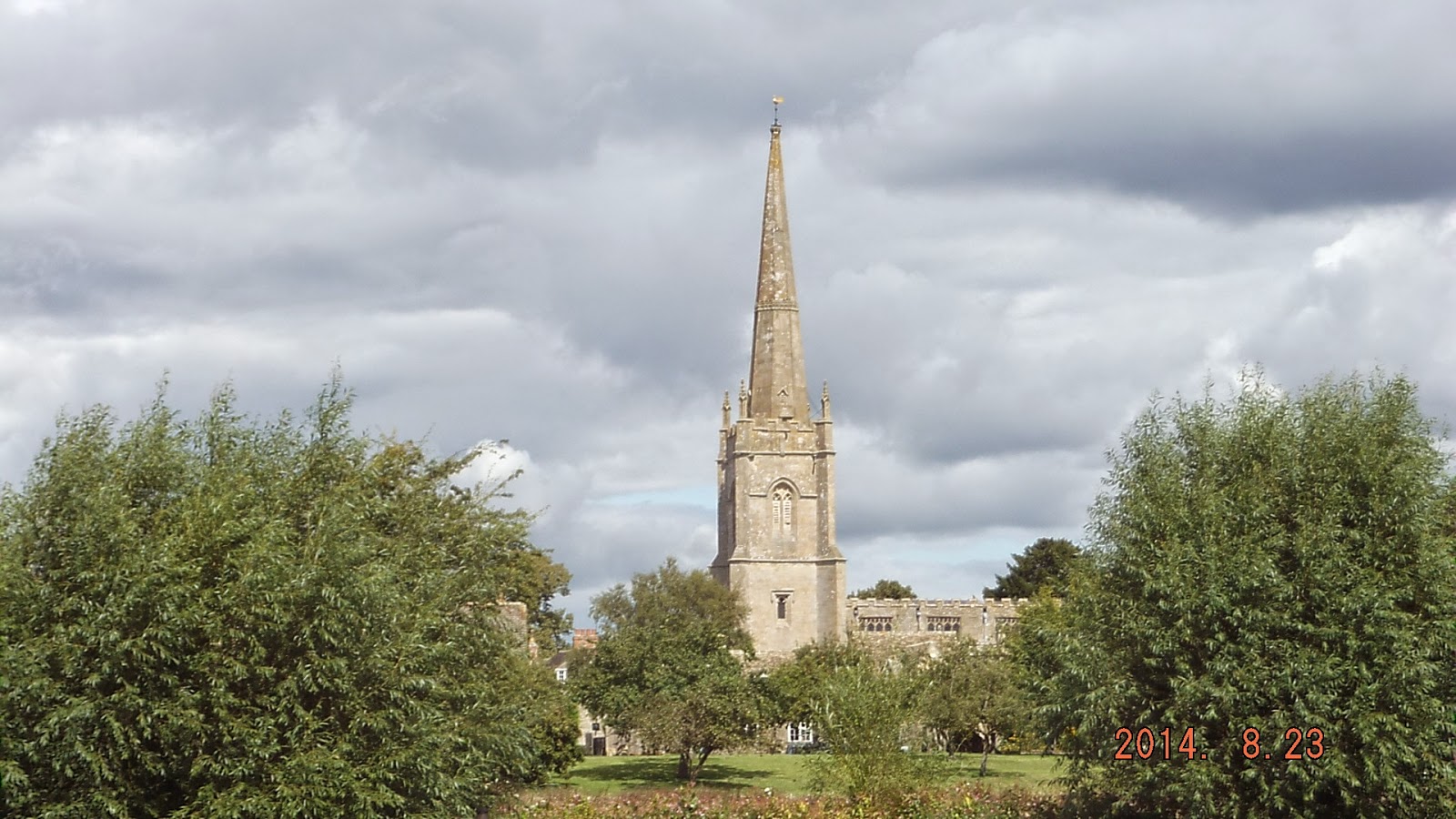 A view of Lechlade's Parish Church, St.Lawrence. The impressive spire can be seen from the river at quite distance 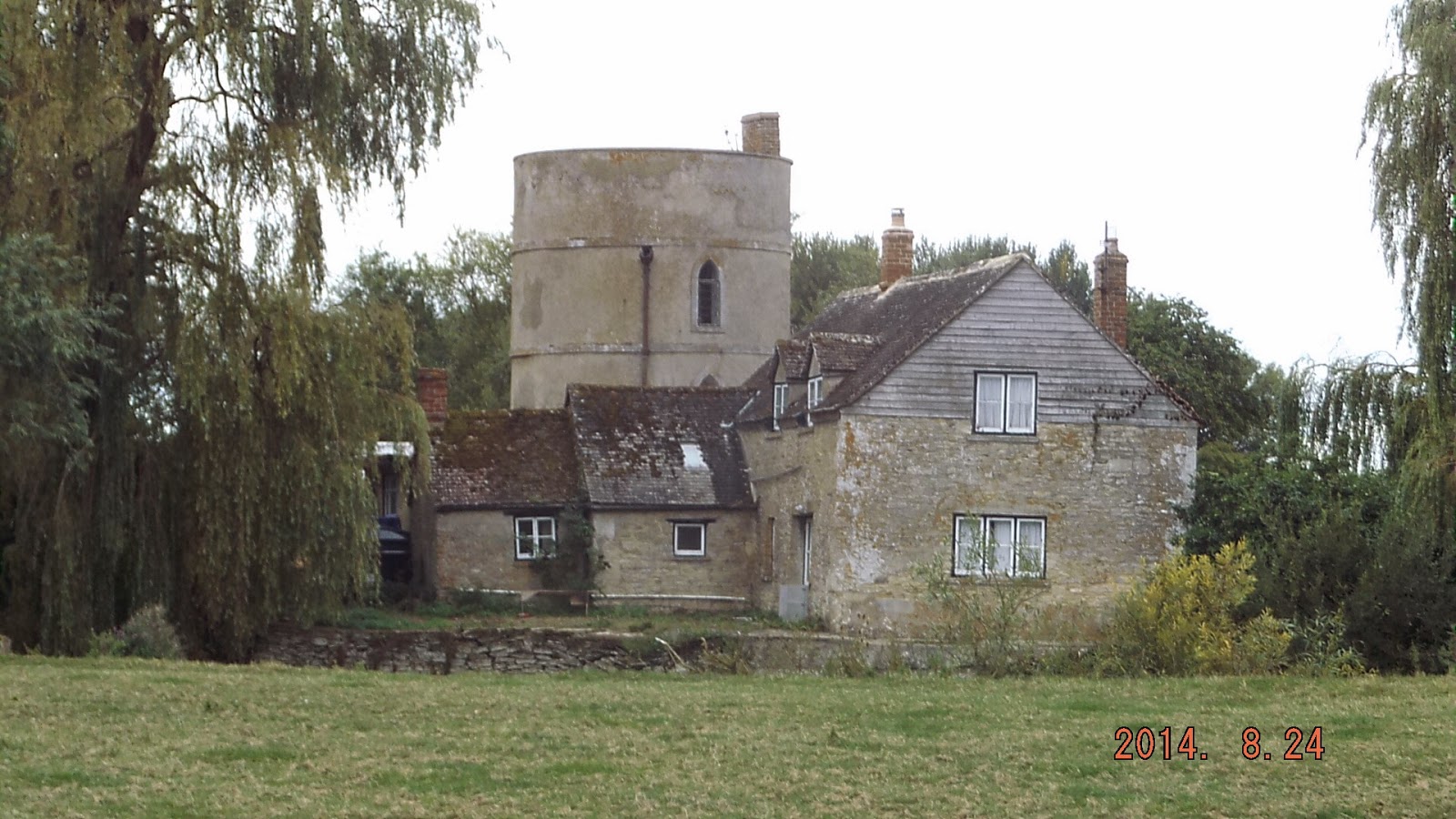 Having walked up to the start of the Thames and Severn Canal at Inglesham, we were disappointed not to be able to take a closer look. The reason is due to the heavy engineering work presently being done by the Cotswold Canal Trust.
The famous 'roundhouse' lock keeper's house dates from around 1789 when the canal was opened - it was abandoned in 1933
﻿ 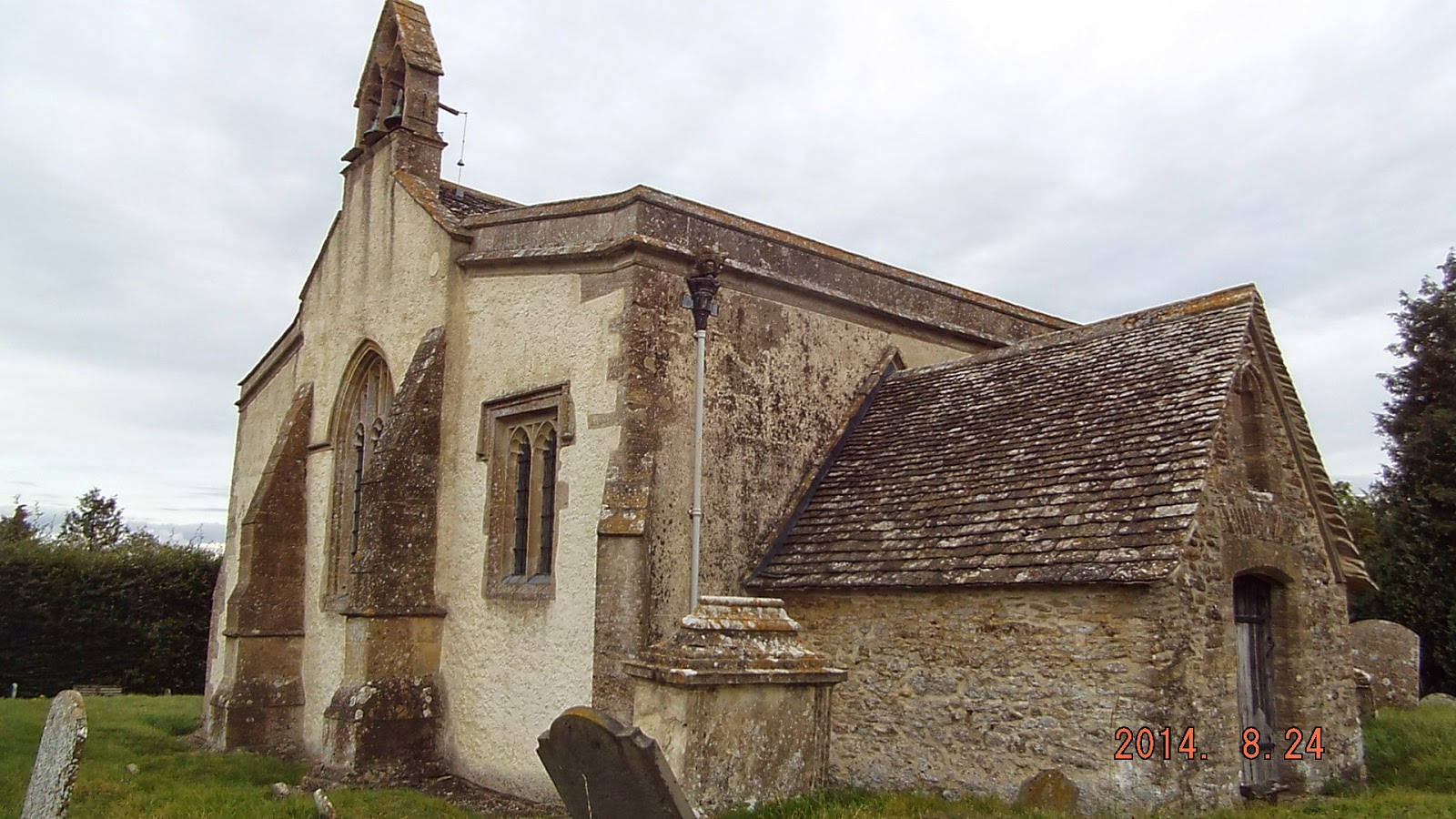 A further walk took us to the amazing church of St.John the Baptist, built in 1205 on the site of an Anglo-Saxon church - it sits just above the flood meadows of the Thames 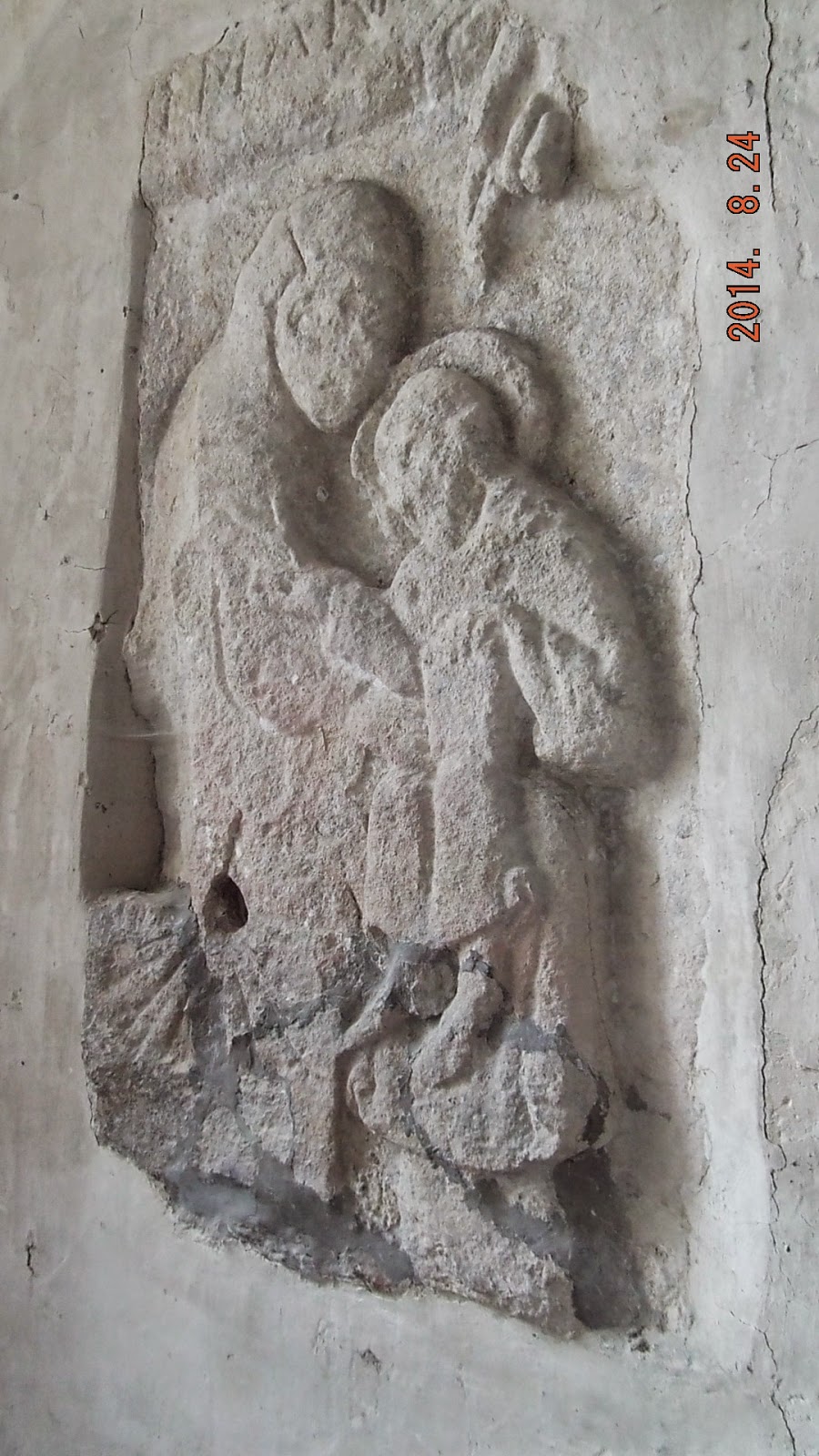 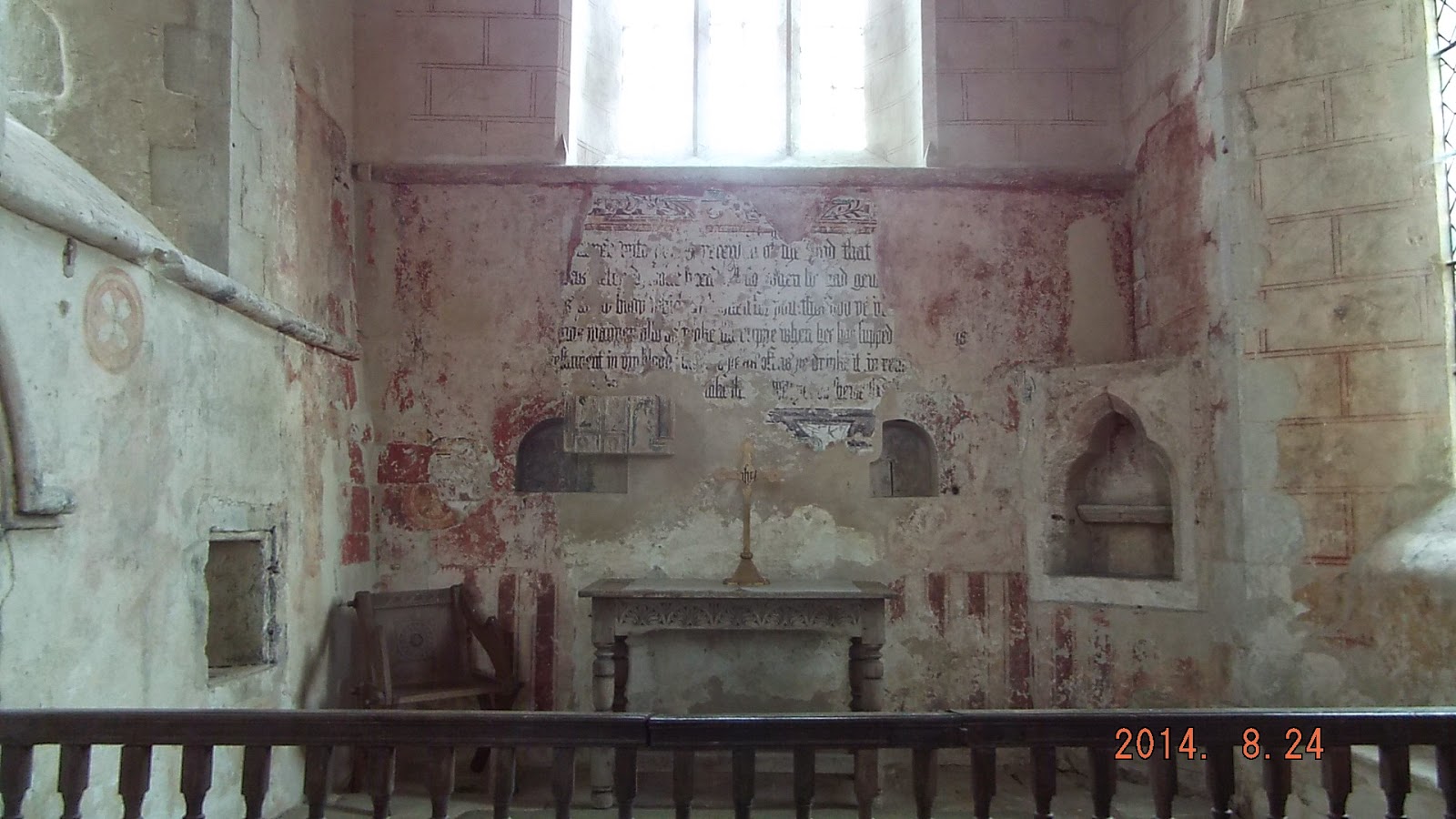 My camera does little justice to the painted walls - some 600 years old. William Morris did much to preserve these amazing examples of decorative church art 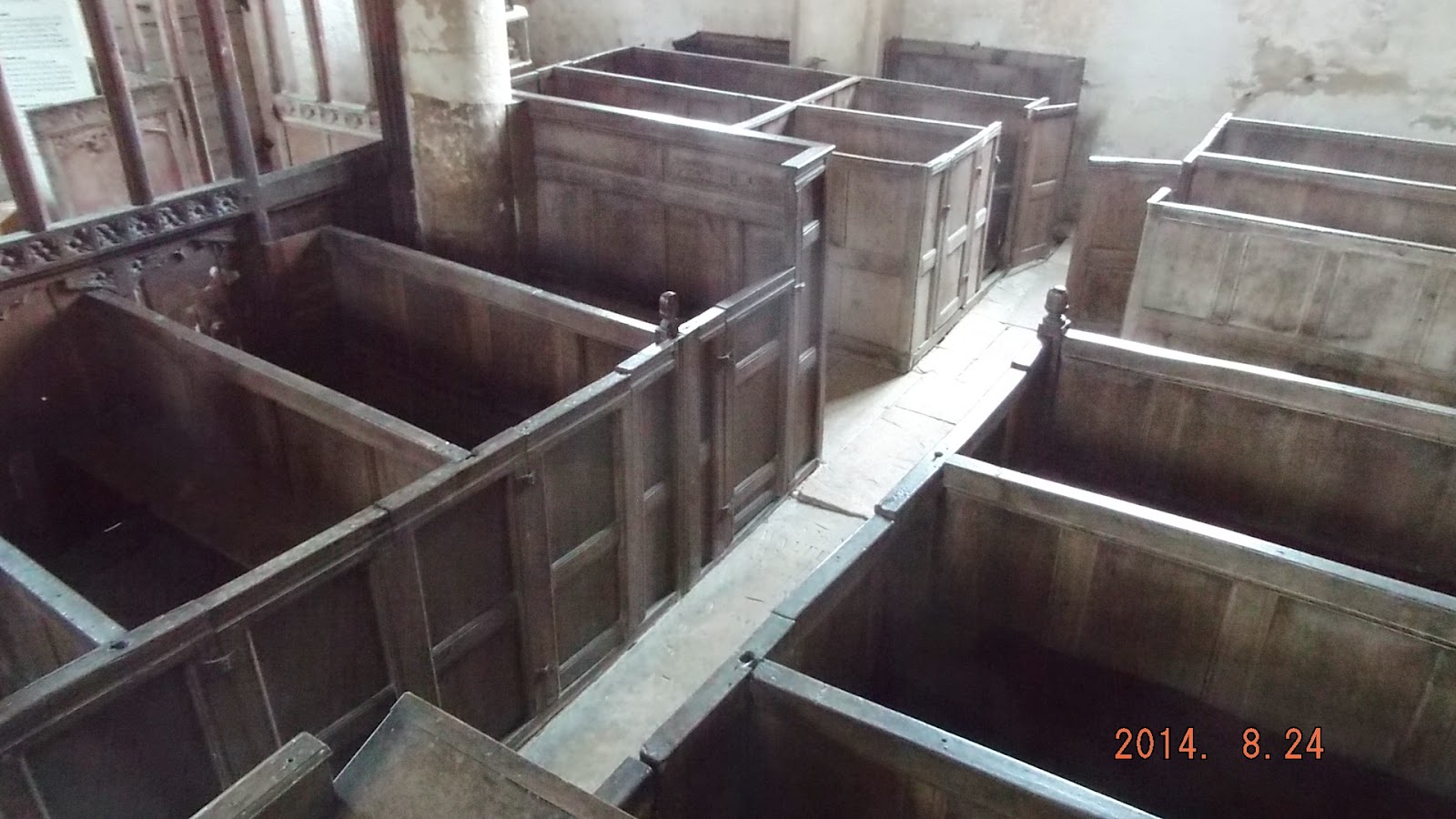 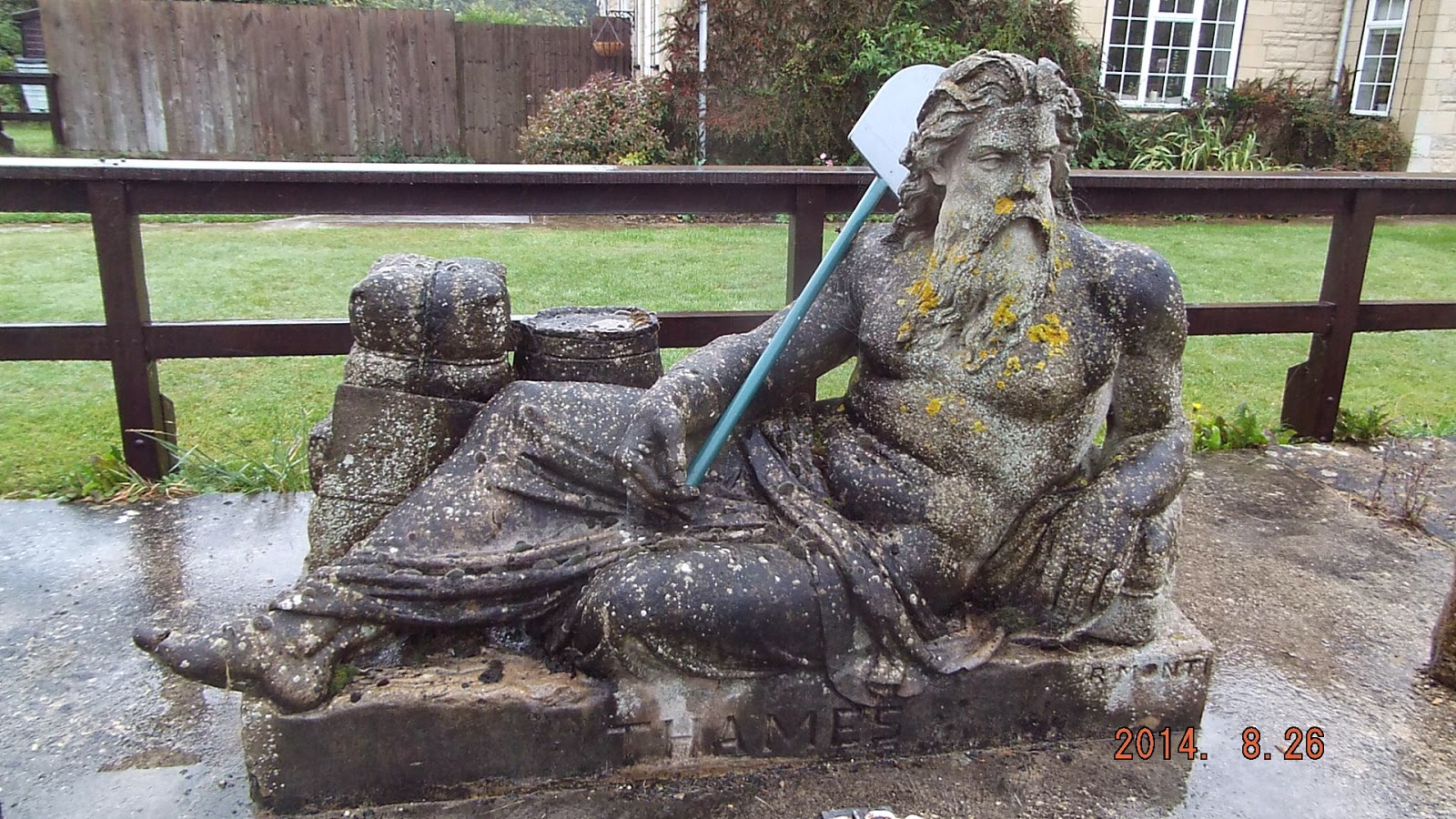 Old Father Thames - commissioned in 1854, was at the source of the Thames at Trewsbury Mead. It was moved to St.John's Lock at Lechlade in 1974
Posted by Unknown at 10:59