We know we won't be down this way for a while, so took the opportunity of a sunny day to visit this interesting Museum. Part of the Tate Gallery, it gives an insight into her work and her working studio. As a student when at the University of Exeter, I was familiar with some of her work in the university grounds - it very much has good memories of time in the West Country.

Many of the exhibits represent her 'signature style' - though there were other, rather different works.
Here are a selection of those we were allowed to photograph. 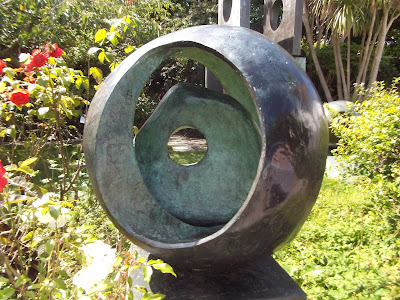 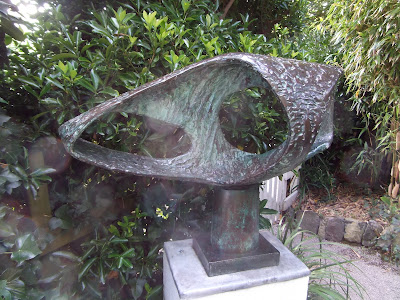 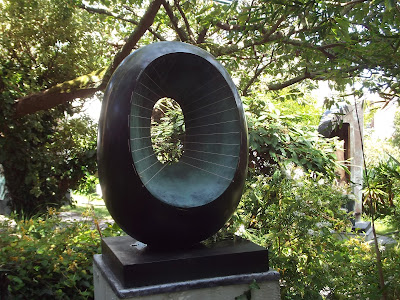 This is another classic design, with the smooth 'egg-shape' with hole 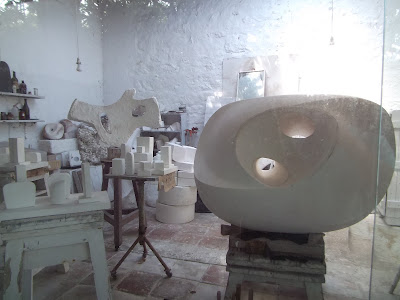 A view into the studio - just as she left it when she died?
Here, plaster castes are prepared that presumably become moulds for bronze casting 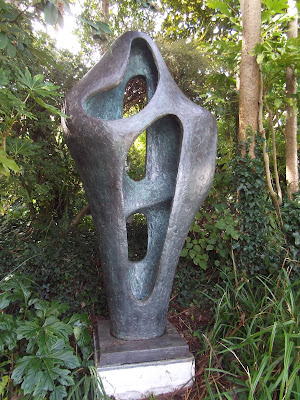 I think this large sculpture is called 'mother and chid'? 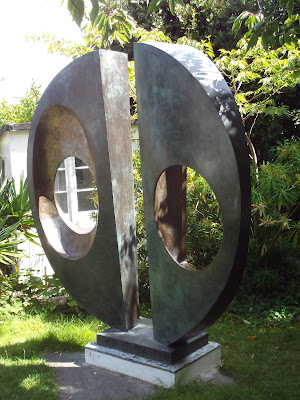 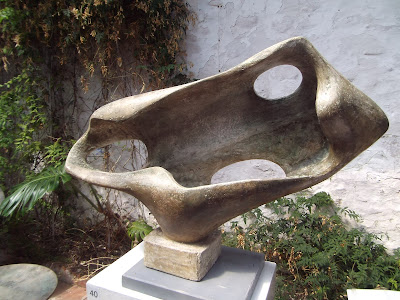 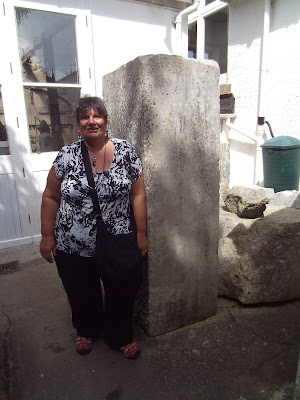 Chris showing the size of a piece of granite awaiting carving 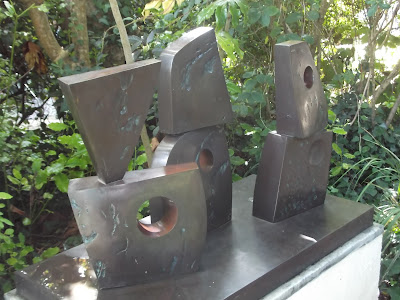 These shapes are called 'Six forms'!! 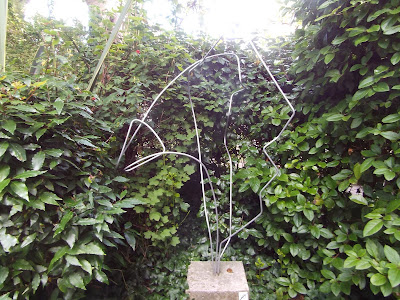 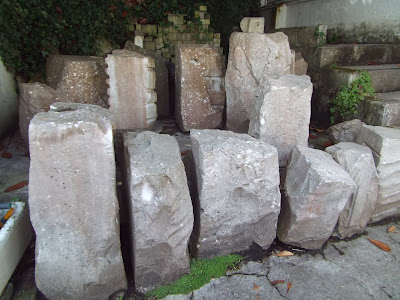 An array of granite blocks - in waiting in posterity ... 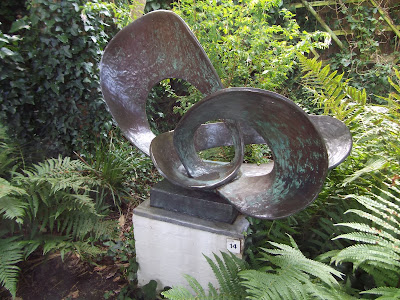 One of my favourite's - called 'Three flowing forms'
A magical and peaceful visit
Posted by Unknown at 10:23