Farewell to the Isles of Scilly July 2015

Our month long camp on the lovely St.Martins Island has come to an end and we took the island ferry back to St.Mary's Harbour for the last time.
We know we won't be back here for quite a while now!

The harbour was busy as ever with boats - though our Passenger Ferry back to Penzance was already in and loading. 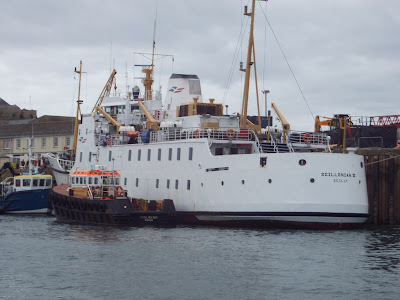 Scillonian III docked ready for the 16.30 sailing to Penzance 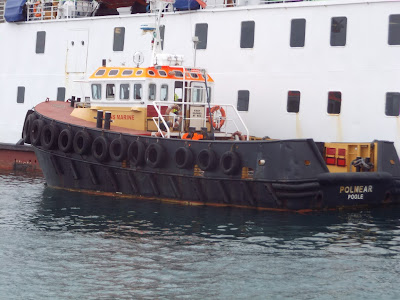 Motor Tug Polmear from Jenkins Marine, Poole is on charter during the new quay extension works. She appears to be 'on stand-by' to assist craft in maneuvering in the close quarters around the works. MT Polmear is a 48', 880hp twin screw tug of 10 knots 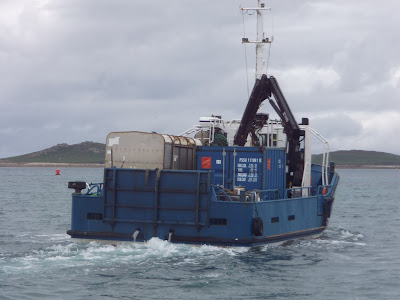 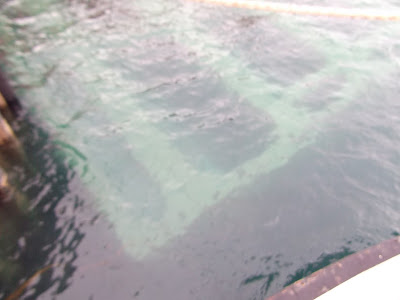 This photo is taken from the stern deck of the Scillonian - down to the new quay extension.
Here the concrete base blocks are beginning to show - precast in Falmouth and brought over by barge, they apparently interlock and are pegged together and to the sea bed 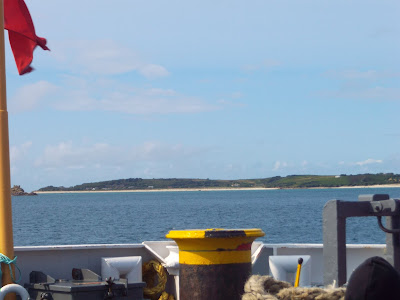 A last farewell to the beach at St.Martins where we camped for the month - our 3rd time now 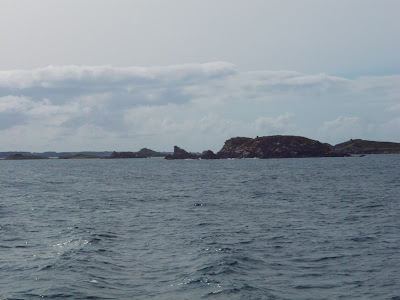 Last view of the Eastern Isles 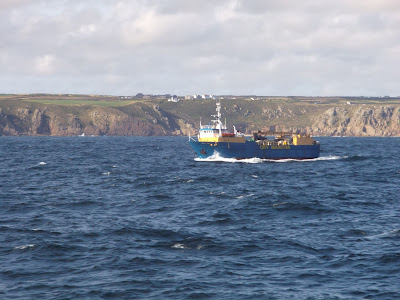 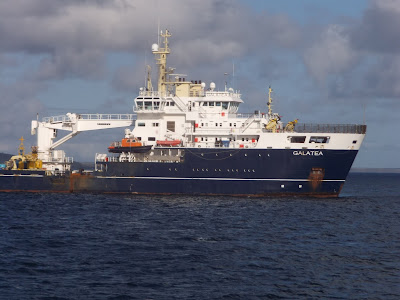 This is the THV Galatea at anchor outside Penzance Harbour. She is a Trinity House multi-function support vessel, named by the Queen in October 2007. At 2569 gross tonnes, 277ft long with diesel-electric powered twin screws and 2 bow thrusters -  she can make 12.5 knots. Her role is wrecking marking, dealing with buoys, towing and survey work under contract. There is a foredeck helipad.
She was later seen off St.Ives working on sea trials of electronic and cabling systems
Posted by Unknown at 07:23