We had 'traded' off an extra day's painting on the embankent rather than travel into Castlefield and out again.
I was eager to leave early (for us - 8.15am) and followed other boats already moving into Altrincham.
It seemed we had been at Dunham for ages - three days, a very good place to stop over providing you have a full larder and water tank. 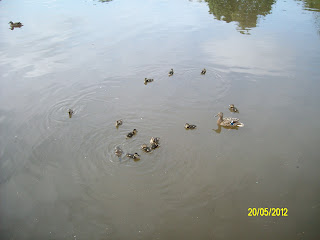 To complete an excellent Bridgewater cruise, I can't resist this Baker's Dozen of Ducklings.

Isn't the weather fantastic: shorts, t-shirt and sunglasses! Even cruising into Manchester seemed idyllic as we passed old and new. 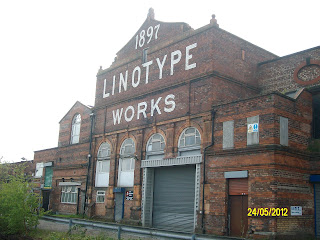 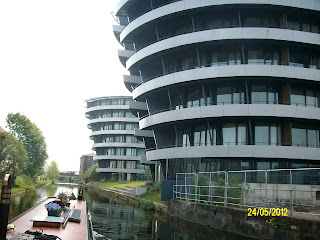 The Sale straight mile was empty, not a moving boat in sight:- 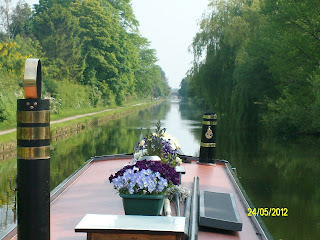 What's this? - a morning sculler on the canal out from the Trafford Rowing Club - not an everyday sight on a canal! 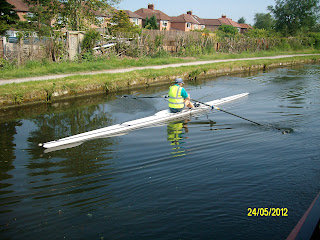 ﻿
The turn north at Waters Meeting came soon after, not for us Castlefield this trip.
On arriving at the Barton Swing Aqueduct, we were held for an hour by a maintenance stoppage. It did give us a chance for a cup of tea and a good look around (photo shoot). 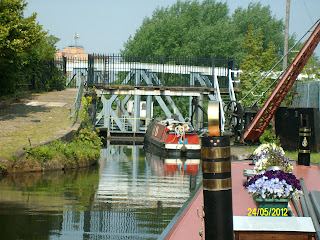 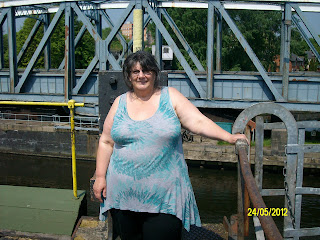 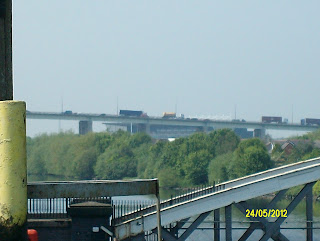 Barton Viaduct - I know where I'd rather be. 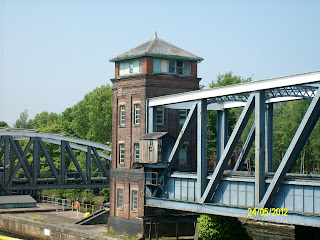