Day 20: Moored at Windmill End Junction, Netherton
10 miles in all, with 1 Big Tunnel


A cold day and windy too, we delayed our start until midday.


Around the Oozell Street Loop and a tricky exit (with a rope) back onto the Main Line, this time towards Gas Street. 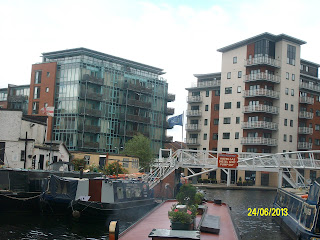 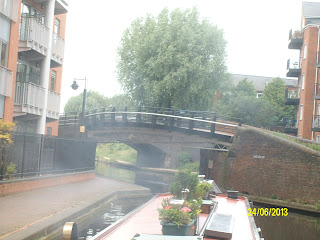 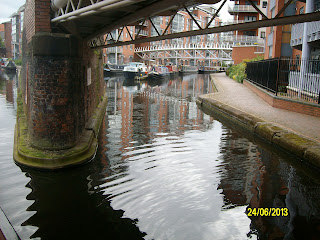 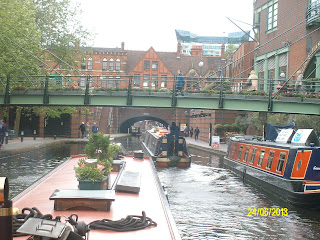 Through Brindley Place, where the trip boat pulled out just in front of us! 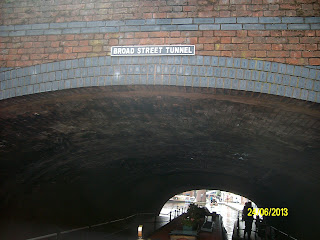 
We went slowly through the Warwickshire Bar. The 'strange but true' history here is that when the Worcester and Birmingham Canal was started in 1792, the Birmingham Canal Navigation would not allow a connection, so goods had to be laboriously manhandled across the physical barrier between boats either side.


In 1815 an Act allowed the creation of a stop lock and the bar was breached. The Worcester and Birmingham raised their water level by six inches to minimise water loss and today the two pairs of lock gates have been removed. There were separate toll offices either side of the bar for the two canal companies. The bar still exists, with boats moored to both sides of it. 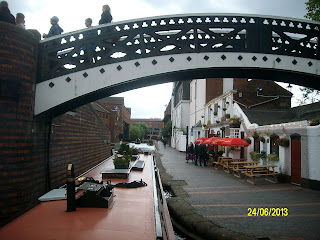 The Warwickshire Bar – see the rather fine Cafe (which does real ale as well!) 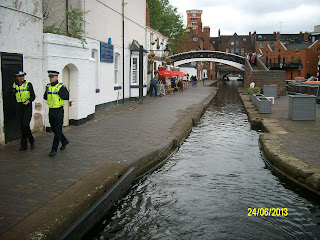 Looking back – see the two Community Officers, they and the police have a high profile around here


We turned at the Mailboxes and reversed to the service point for fresh water and to do the toilet for the week.


Then the return trip, back through the centre of Birmingham – until next June 2014, for more opera!! 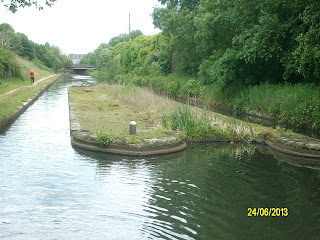 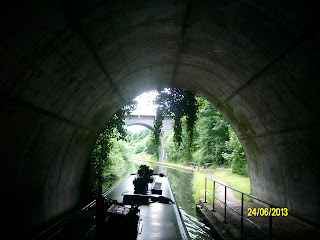 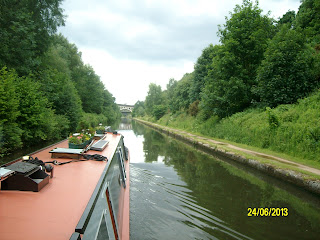 The dead straight 'new' line, as part of Telford's improvements around 1830 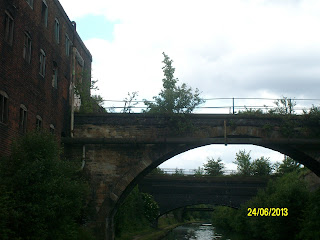 There is considerable dereliction away from the city centre Under the Old Line at Tividale Aqueduct, looking at the Tunnel Entrance


Netherton Tunnel was opened in 1858 being the last canal tunnel to be built. Constructed to relieve the congestion of the single, non tow path, Dudley Tunnel, it was extremely modern for its day being wide enough for two narrowboats to pass with a tow path on each side. Initially lit by gas for 24hr working this was changed to electricity.


At 3027 yards long (almost 1 and 3/4 miles), it is the 4th longest in use today. 9 men died building it with 18 seriously injured. 17 shafts were dug along its length for excavation of which 7 were kept as ventilation shafts – dripping wet down the brick linings. 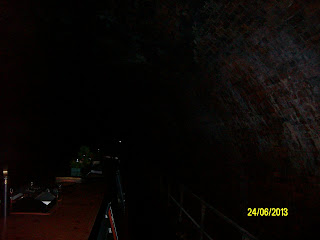 There is light at the end of the tunnel?! 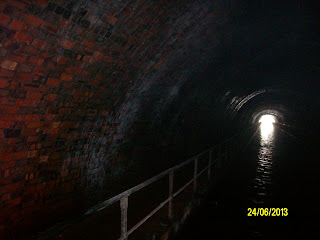 Looking back at the brick lining and the tow path, with railing 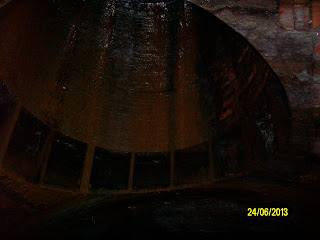 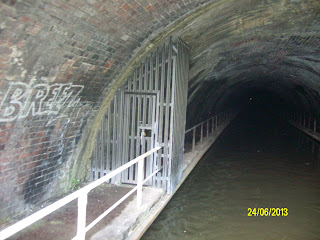 One tow path is now gated off 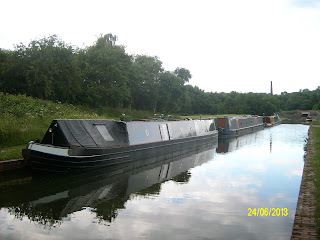 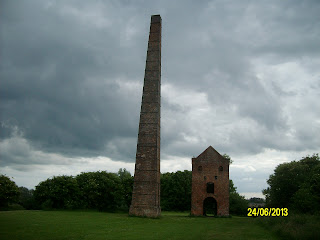 Cobb's Engine House – built in 1831, it housed a stationary Newcomen steam pump used to pump water firstly from Windmill End Colliery and later other mines in the area, discharging into the canal. So it also helped to keep the water levels up.
Posted by Unknown at 14:49