We had a gentle start today – beginning by clearing the weed that had blown across the pool. Gently reversing (Chris) and polling(me), we swung the boat into the wind, southwards and the emerging sun. It got quite warm! 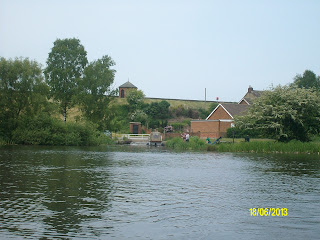 Looking back at our mooring 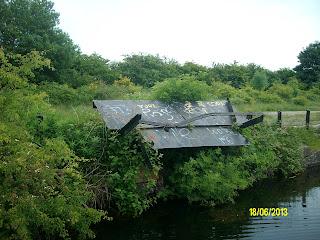 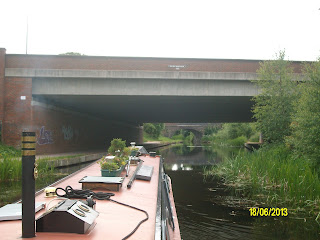 Going under the M6 Toll motorway 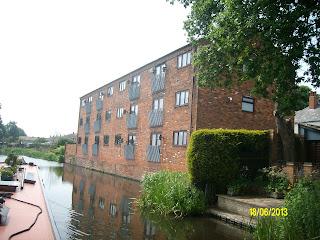 An old flour mill made good


We head back along the 'curly' Wyrley to Catshill Junction turning southwards along the Daw End Branch Canal. This canal was also a product of the coal and limestone industry and was completed in 1803.


This canal also bends and twists as it originally followed the contour – but now, considerable subsidence leaves it on high embankments. 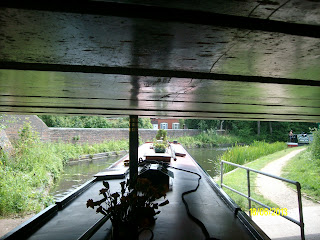 A new road bridge is low! 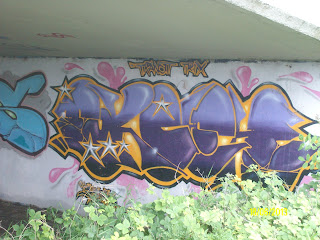 A smarter graffiti image – not sprayed over yet?


We had been told of an original pub, the Manor Arms, at Daw End. On arriving, there was another boat moored up, so we joined them.


This historic building is in fact constructed of mainly 18th century red brick and modern rough cast, but contains stone from a previous structure dating from the 15th - 16th centuries. The Manor Arms did not in fact operate as a pub until Victorian times. The building was in use as a farmhouse until the Anson family opened their front room as a beerhouse towards the end of the 19th century, with John Anson selling beer to passing boatmen whose narrowboats used the canal at the rear of the house.


The Ansons first gained a full publican's license in about 1895, after which the trade directories begin to list the Manor Arms as a public house.


Tomorrow is a long day down to 'Spaghetti Junction' and Aston, Birmingham.