Downstream - back to Oxford on the Thames Aug 2014

Having weathered the very rainy Bank Holiday Monday, we set off on the Tuesday by winding on a rope and heading east - downstream.
Following the rain, the lockkeepers may have been attending to the weir control so we were 'Self Service' for a couple until the afternoon.
Even though the river was at summer levels, the difference in flow downstream was noticeable. On less revs we were going faster, though had no difficulty slowing for the locks.

This post is somewhat delayed due to running out of dongle capacity!
As it is the exact return journey, I have put several days together. 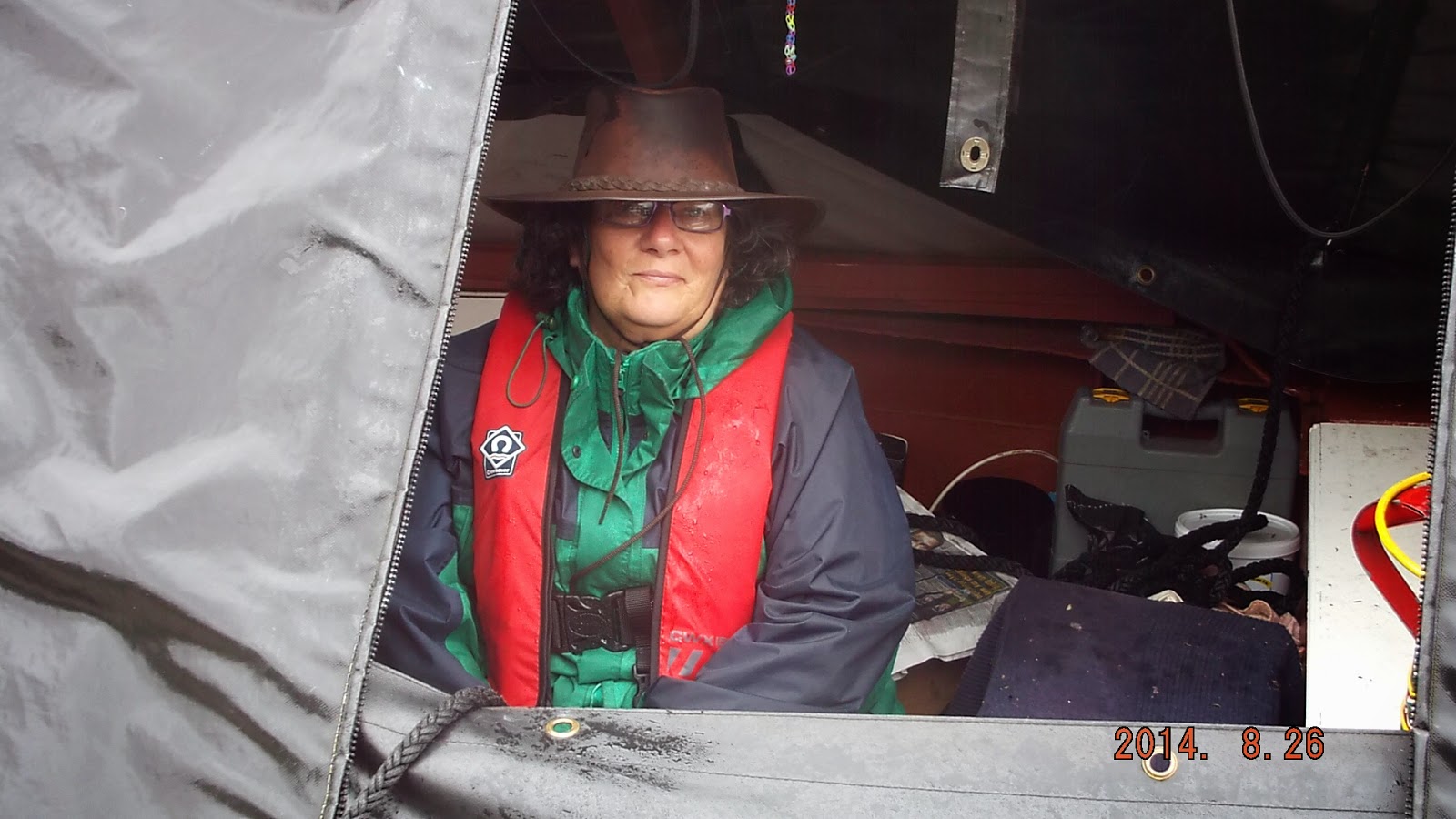 Crew sheltering from the rain 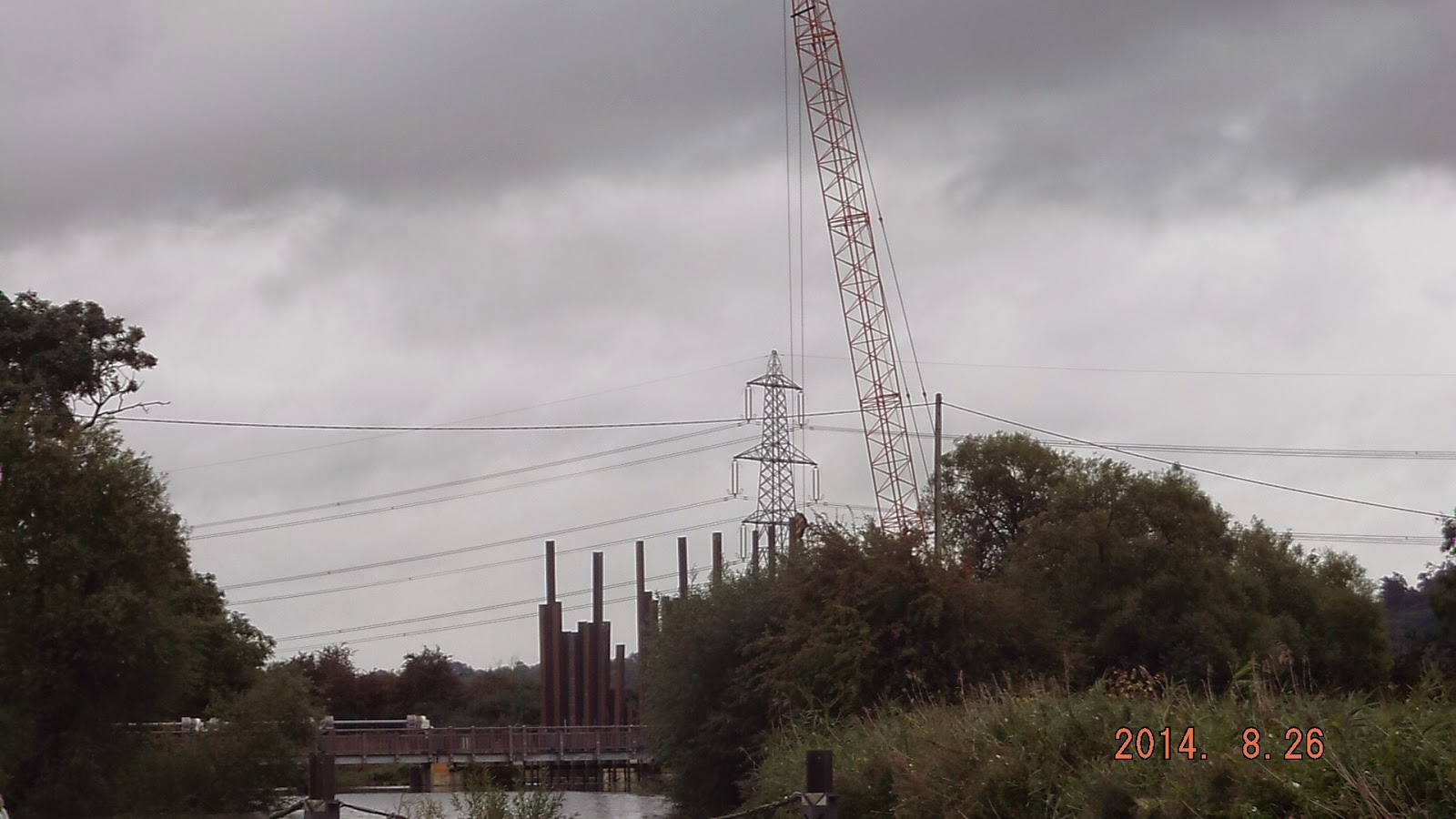 Heavy engineering at, I think, Shiffey Lock for a new weir 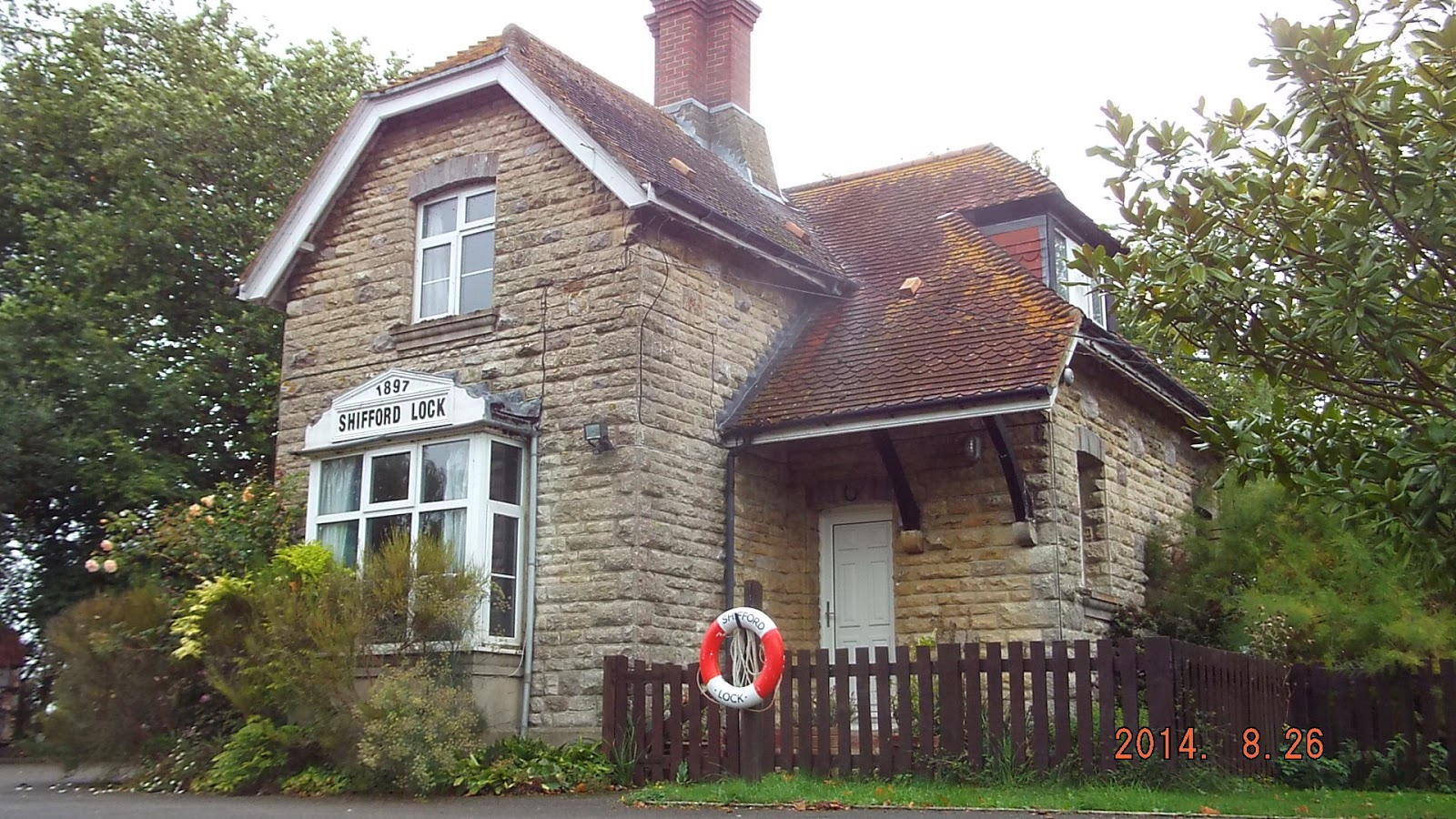 A fine example of the classic Thames Lock Keepers House.
There is currently an active protest to the Environment Agency who want to sell many of these house and so lose the close link between Lock Keepers and river management! 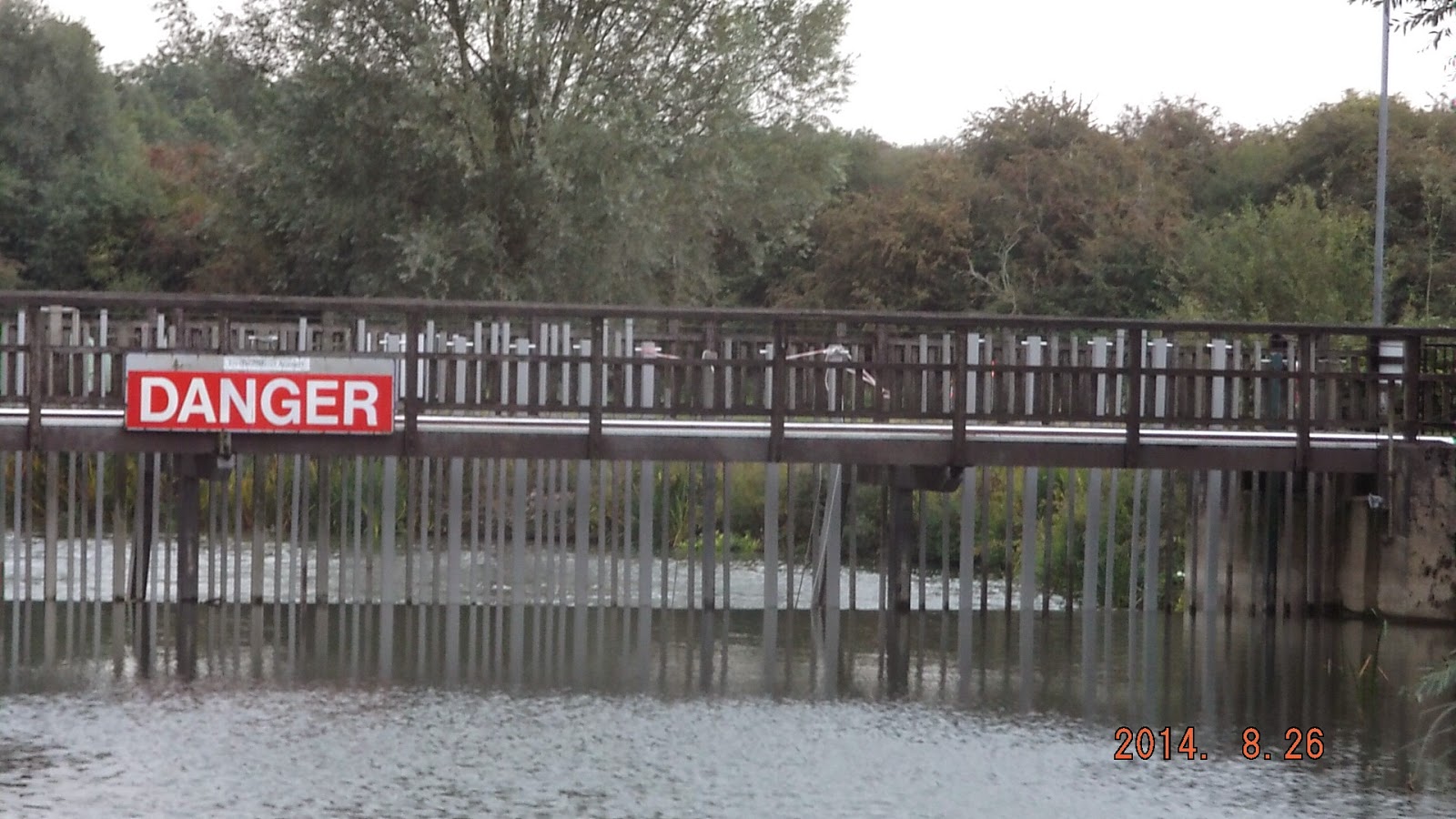 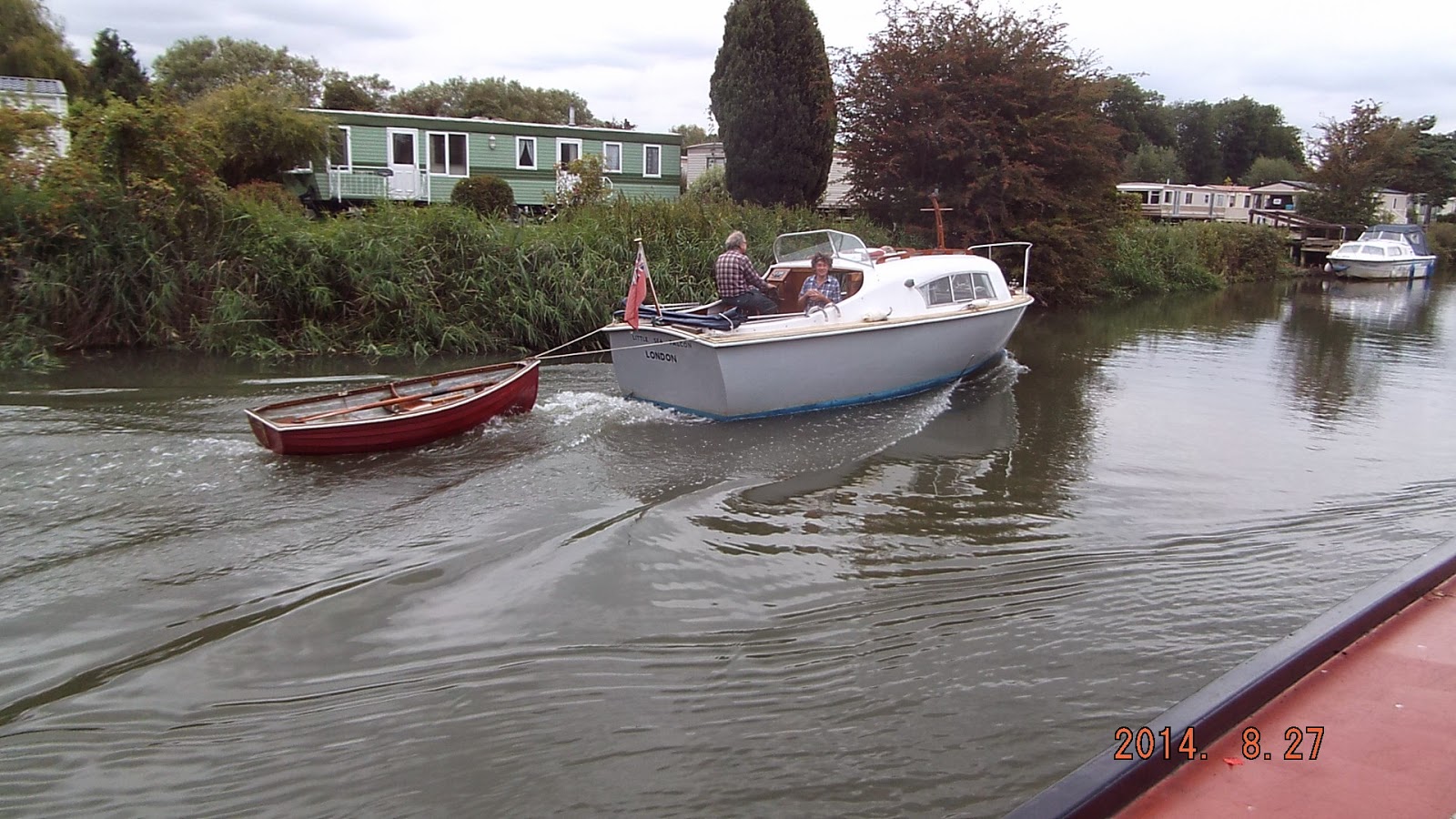 Being overtaken by a fine river vessel - the skipper later said at a lock that the boat was extremely difficult to control at low speeds and in wind! 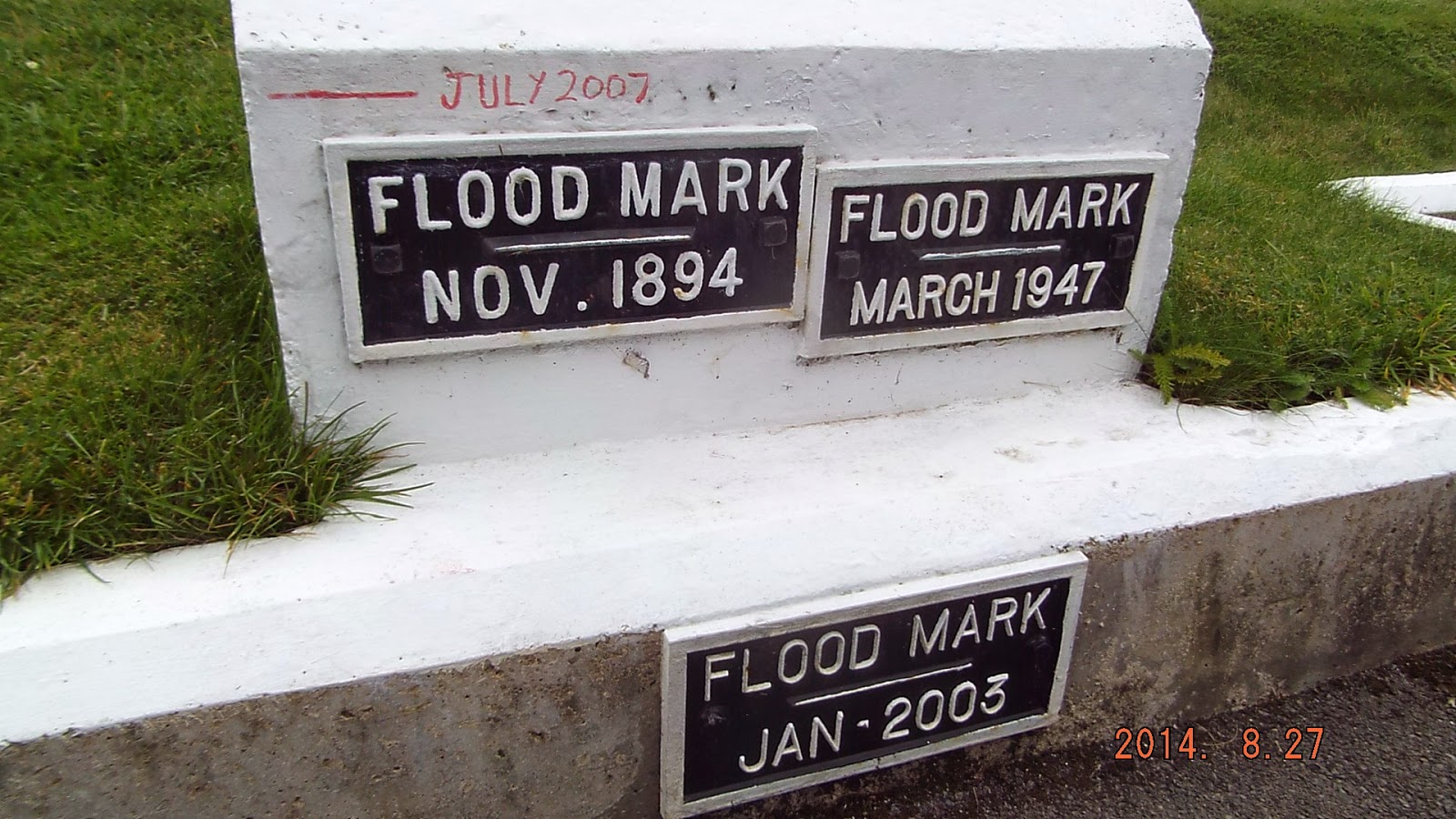 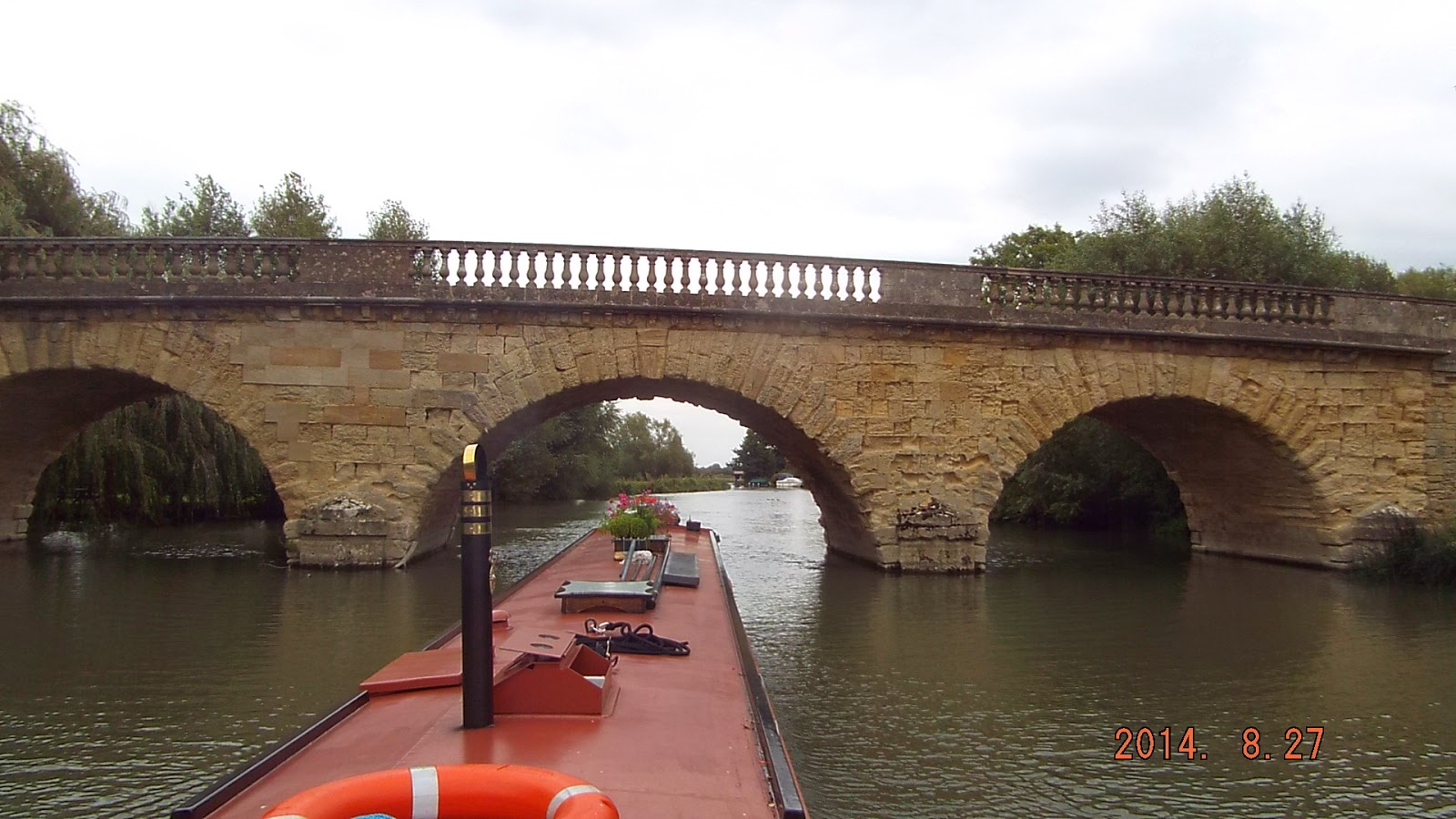 Passing under the ornate Eynsham Bridge I took this photo to show the type of Upper Thames lock gear - counter balanced wheel paddles made easy work and the gates were easy to push open.
What a contrast to locking on say the Leeds and Liverpool?! 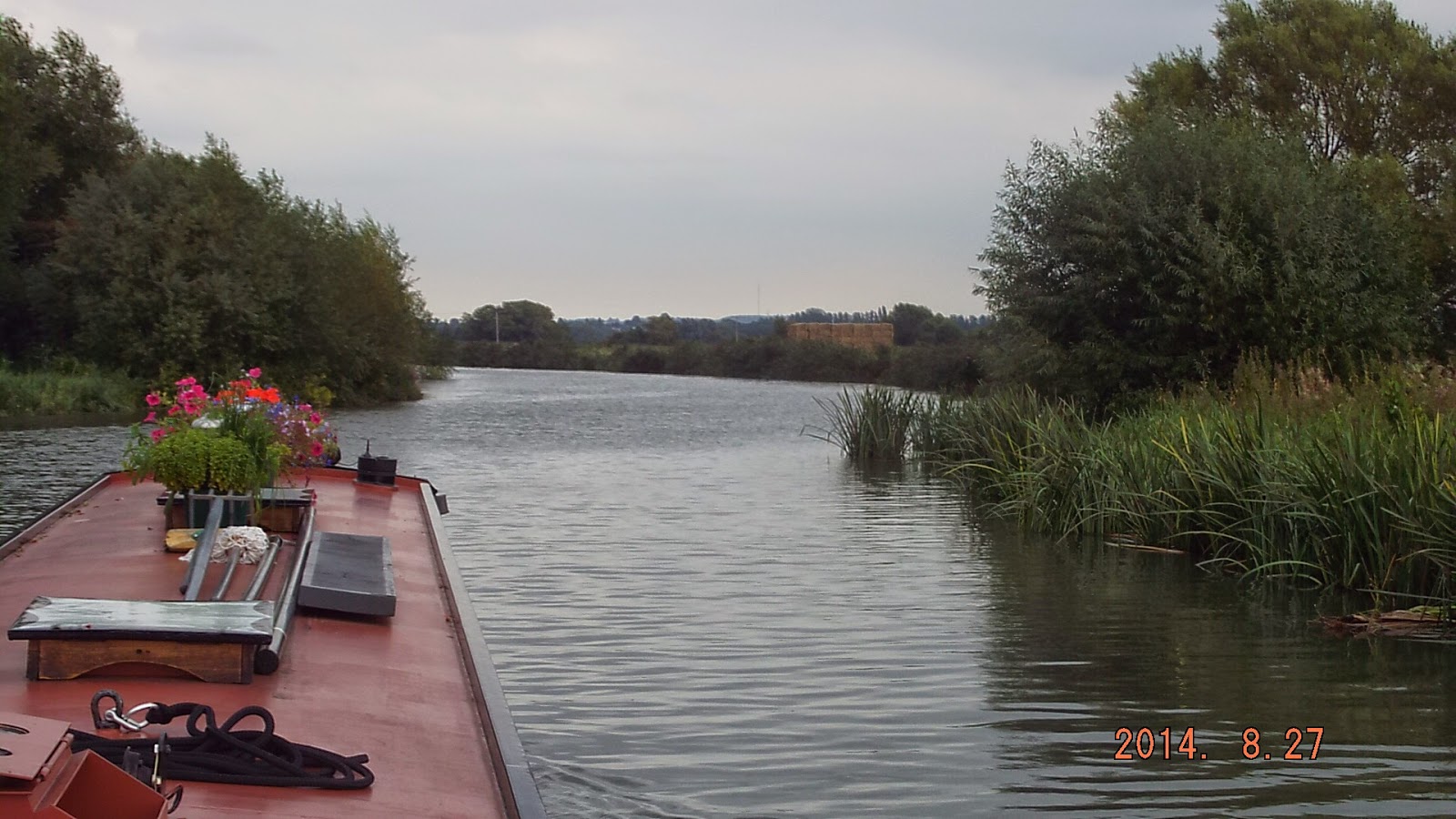 Here the Upper Thames opens up to a broad and windswept river as it approaches Kings Lock. Our route takes us down the weir stream and then Duke's Cut to the Oxford Canal 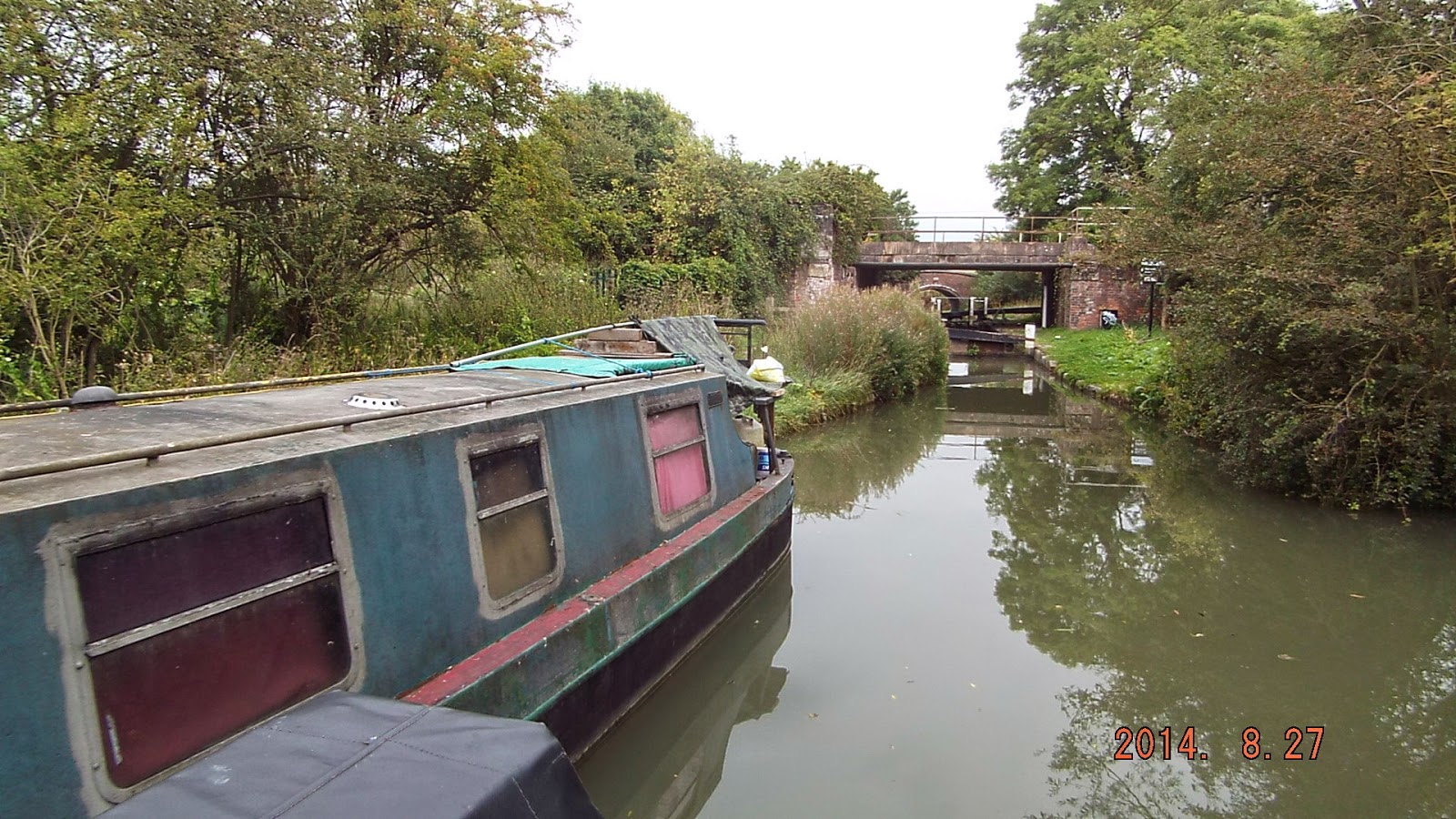 Approaching Duke's Cut Lock - with a boat on the lock landing needing a jump off the bow! 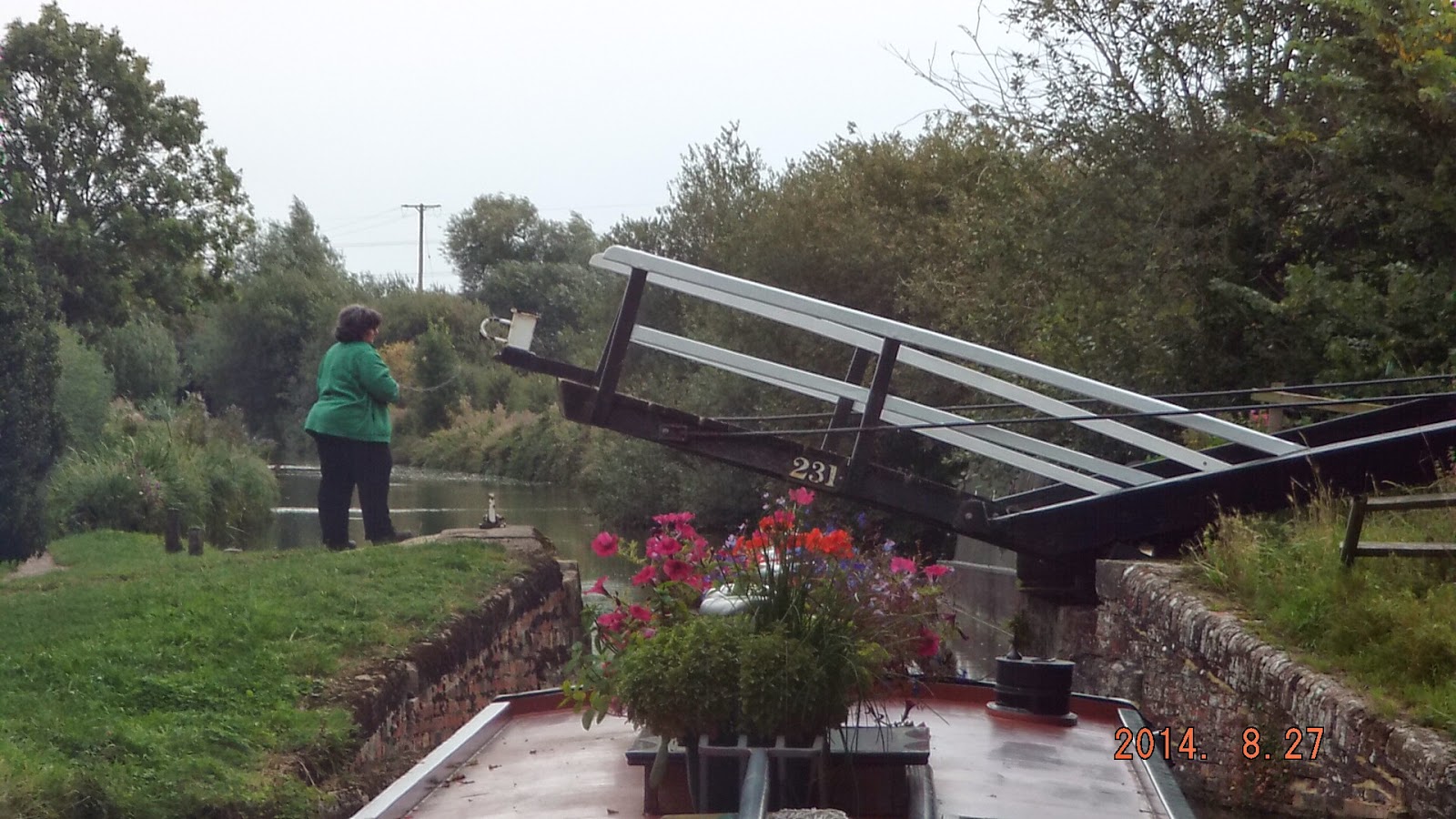 Chris working one of the lift bridges that did need opening 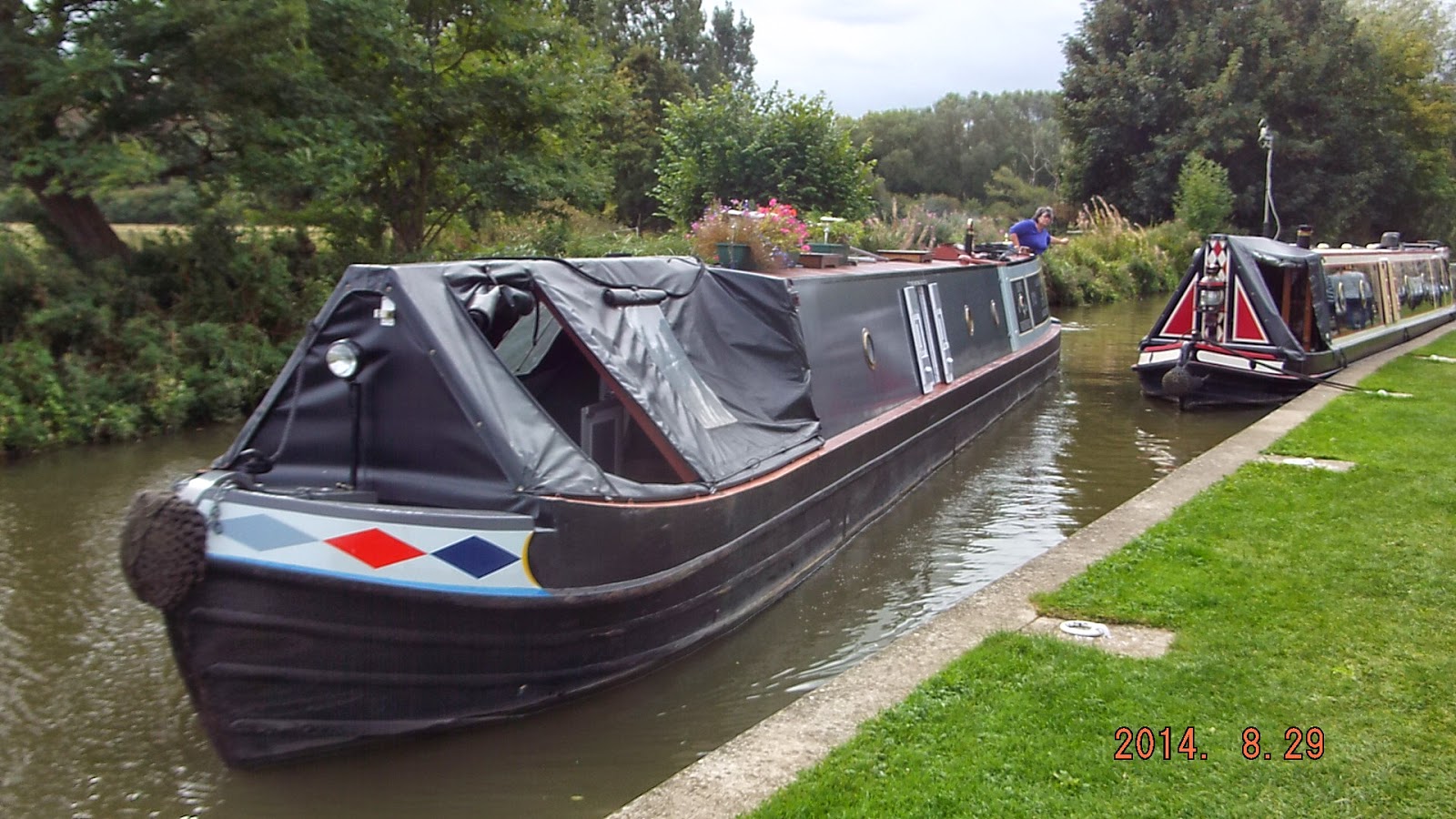 Happily coming into a mooring at Thrupp 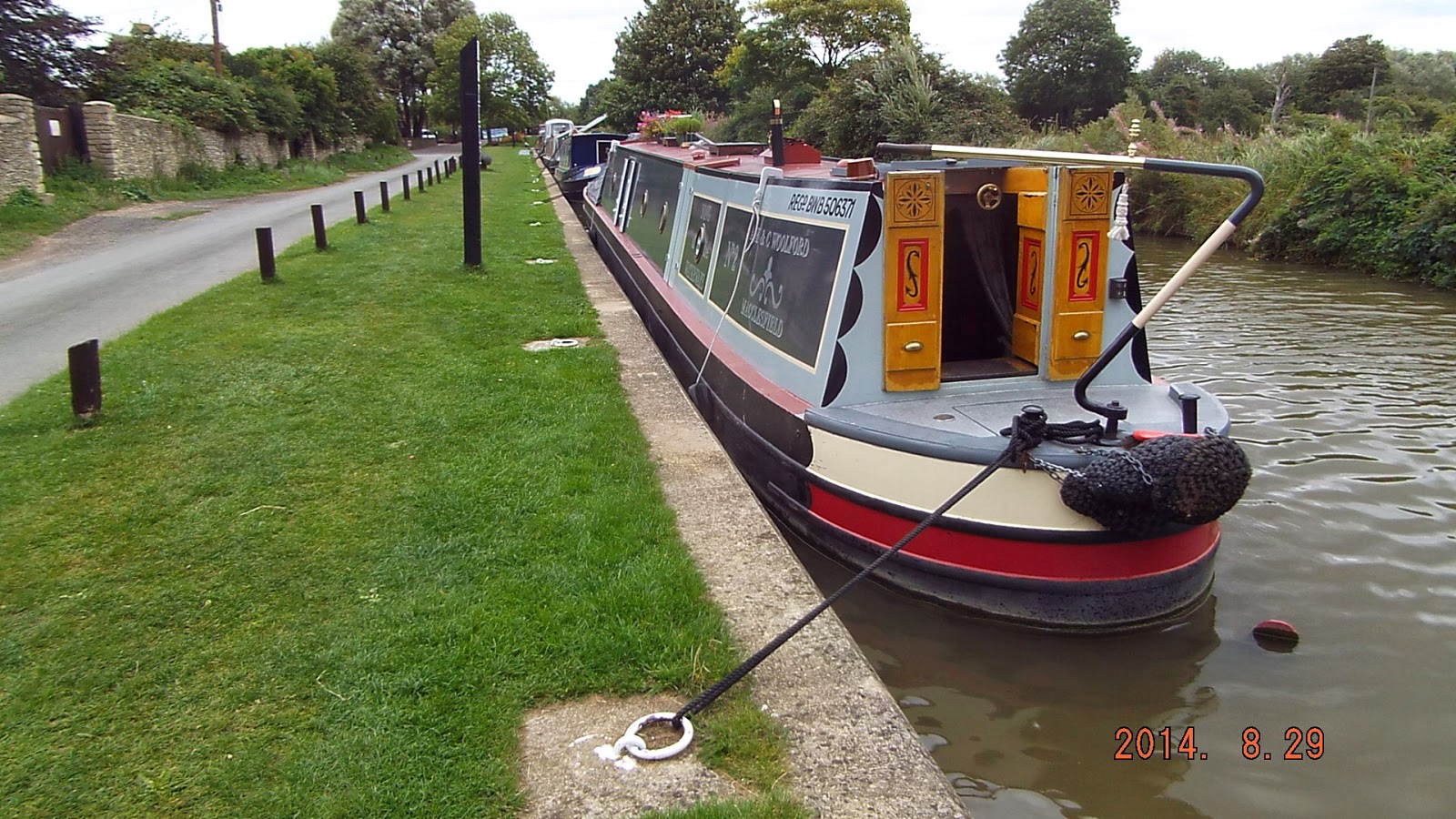 Here on the 7-day moorings at Thrupp - well kept and run by the Thrupp Cruising Club.
Our visit was recorded each evening - we stayed over the weekend