The new and older canals in Staffordshire June 2016

As we continue southwards on the Birmingham and Liverpool Junction Canal, my map guide tells me it was eventually completed in 1835, being designed by the famous Thomas Telford as the 'motorway' of it's age. The canal largely follows a direct line, dealing with the land variations by cuttings, large embankments and, below, a tunnel. 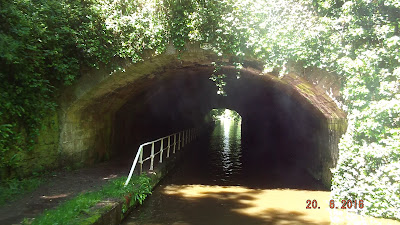 This photo is us leaving Cowley Tunnel, just after Gnosall. Cut into the sandstone ridge which is along the route, it only measures 81 yards as parts collapsed and were opened into a deep cutting 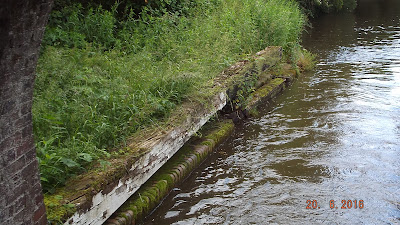 This is a very overgrown emergency gate at the end of an embankment. It is there to protect the water supply in the event of a breach. This one doesn't look functional though?! 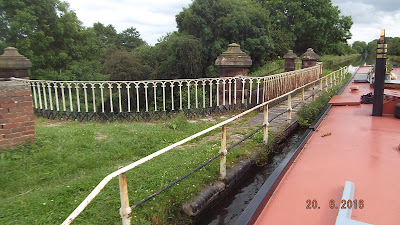 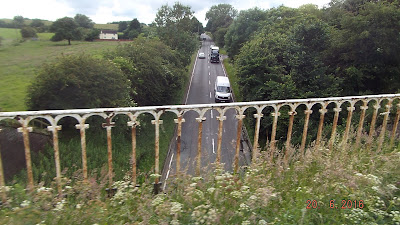 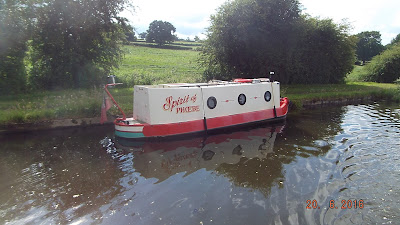 This photo is for Steve Parkin - to add to his records! 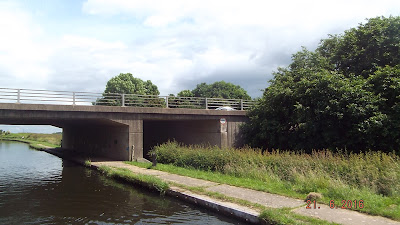 Passing under the M54 - a modern motorway!

And then, having reached Autherley Junction, on the outskirts of Wolverhampton, we joined the Staffordshire and Worcestershire Canal.
Commonly called the Staffs & Worcs, it was built by the legendary James Brindley, completed in 1772 being a marvel of it's day. Transporting coal and other goods, it linked to the Trent and Mersey Canal and hence the Rivers Trent, Mersey and Severn in an 'across middle England' conceptual genius! It was highly profitable.

The canal design was a product of the, then, modern thinking. Lower bridges and the route following the contours of the land in a winding series of 's' to avoid cuttings, tunnels or embankments - with the locks generally spaced out along the route. 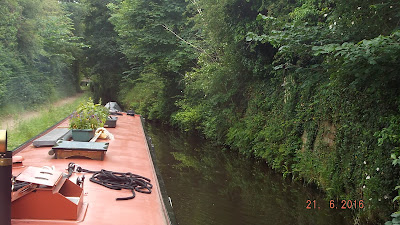 Here Brindley had to cut through that sandstone ridge - the canal narrows to single passage. They were known to the old boaters as the Pendeford Rockin'. 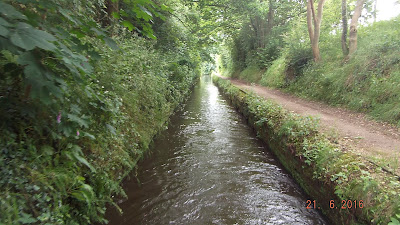 Looking back! Happily we did not meet any other boats 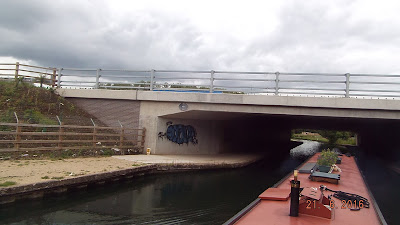 Passing under the M54 again 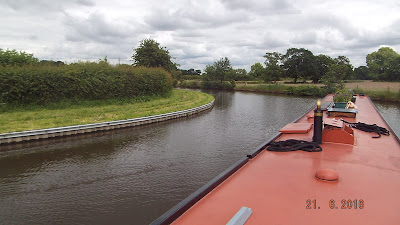 An example of Brindley's curves - you need to keep well over and have a good look out!
[Also note the short exhaust being used - due to low bridges!] 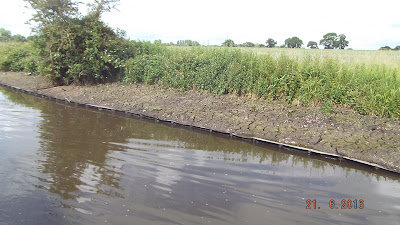 An example of recent works. A win-win for the Canal Trust.
Re-claiming the eroded canal edge and dumping dredgings 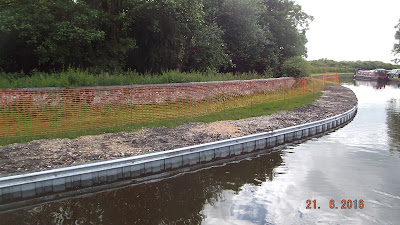 Another example on the bend around the Hatherton Junction 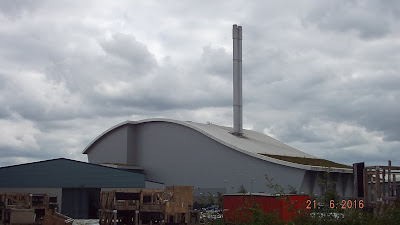 You can see this for miles around - Staffs County Council incinerator 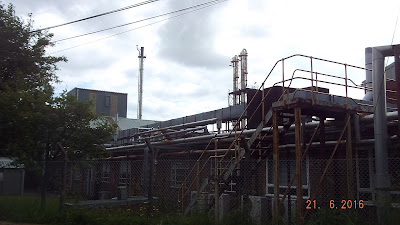 Also at Calf Heath are some extensive chemical works. 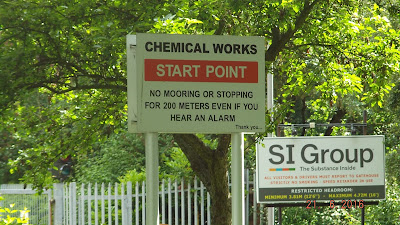 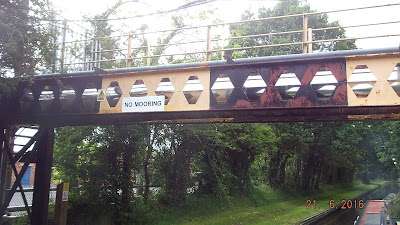 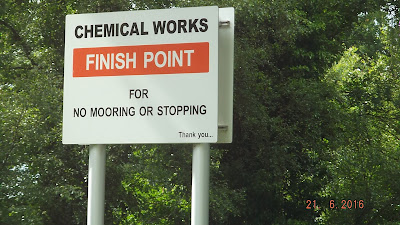 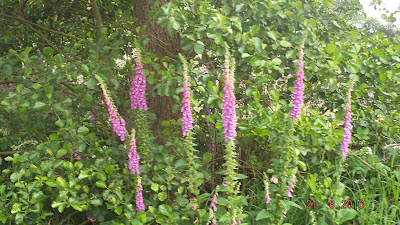 The simple beauty of the countryside 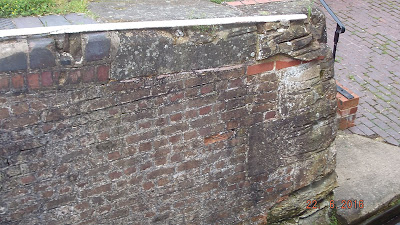 Evidence of the horse-drawn days. The white metal strip protects the towing line - though you can see where it has cut into the soft stone on the lock entrance 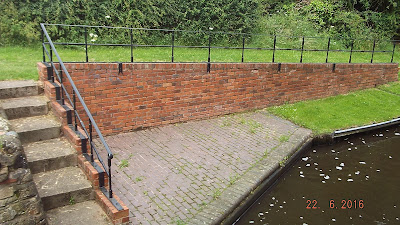 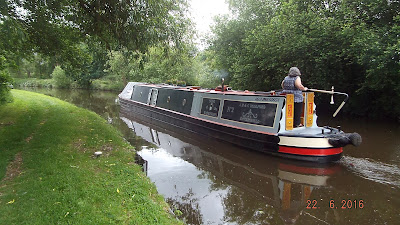 On the move - Chris takes the helm at the locks 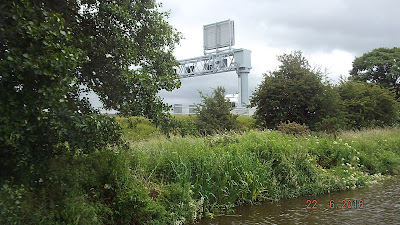 It seems motorways are never far away - this is the M6 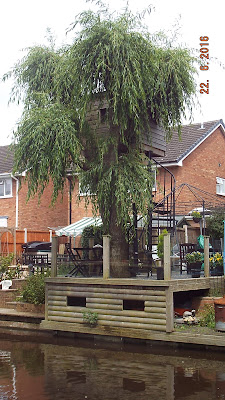 This inventive treehouse caught my eye!

Followers of this Blog may wish to view some earlier posts when we passed this way in 2014 - see this link and other posts around then.