Armitage 'tunnel' on the Trent and Mersey June 2016

Up early to await the delivery of the new engine starter batteries. They were coming from Longton, S-O-T. Eventually, lunch they arrived!
Quite easy to fit, these new ones are slightly smaller and slipped into the space easily.
Connected up, the Lister fired up and we were ready to go again.
[At £132 incl. delivery, ordered and paid through Kev at Anglo Welsh. If you need help at Great Haywood, I would certainly recommend him.]

The run down to Rugeley is well known to us and we chugged along happily, enjoying the countryside. Arriving at Rugeley, we went through to the Bridge 66 moorings and just got in.
It is a shortish walk to Aldi from here, and even closer to Tesco's.

We had got our post forwarded by Mailboxes and I picked this up first thing, which gave us time for a cooked breakfast in Tesco's. and some last shopping!

We knew the weather would turn to rain in the afternoon!
For now, the trip further south was a gentle twist and turn along Brindley's 225ft contour. 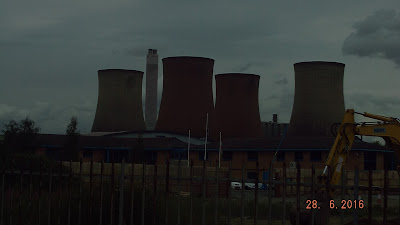 An atmospheric shot of Rugeley Power Station. Built in 1972, it ran on coal.
It has just been closed by it's owner's International Power/GDF in June 2016 and will be demolished by 2109 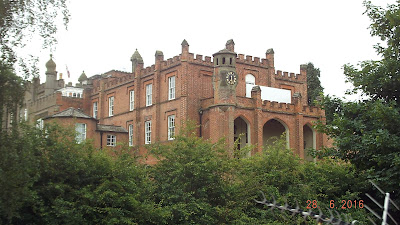 Spode Hall (not due for demolition as far as I know). Former home of the pottery family 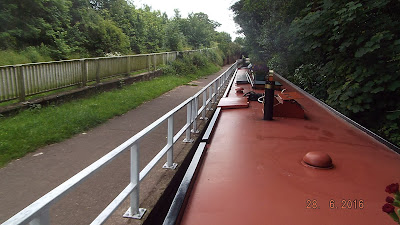 Entering the narrows - having checked all clear?! 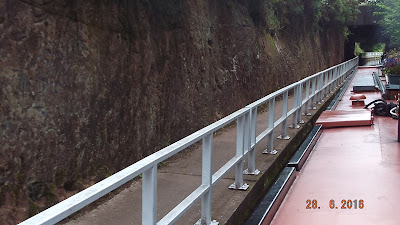 Originally Armitage Tunnel (137ft long), the sandstone subsided due to coal mining and the tunnel was opened out into a cutting and the newish road put across in 1971 - now listed on canal maps as Bridge 61A ! 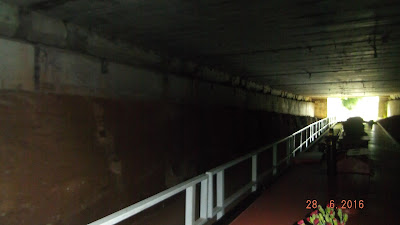 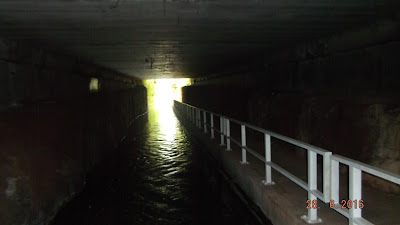 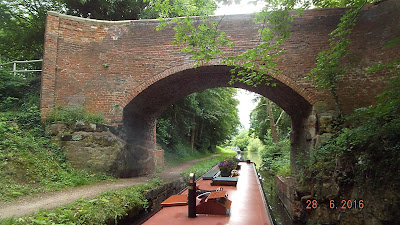 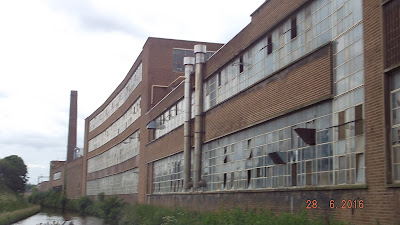 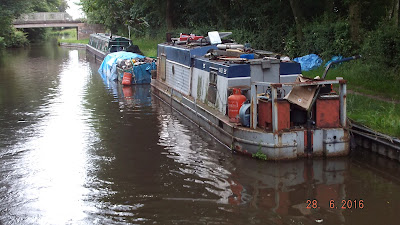 And then the rain came! Camera went away and in pouring rain, we dropped down to Fradley Junction. It was already full at the favoured moorings at the top, so we needed to descend down through Shade House and Middle Locks, turning onto the Coventry Canal.
Even in the pouring rain we need water, empty the cassette/rubbish, so with the domestic jobs done, we moored at the end of the visitor moorings. The rain drumming on the roof.