Having come this far down the country, yet another visit to the Bodmin and Wenford Steam Railway is a must.


Chris went to a beading workshop, Dan and Poppy went to Paradise Mill to see the animals and birds – and I caught the London train out of St. Erth to Bodmin Parkway. 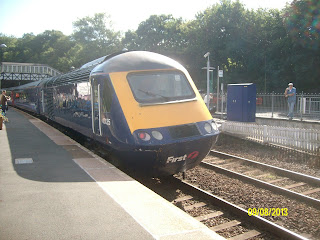 
Mid-week, the Bodmin Railway run a summer 5 journey timetable – all steam. Today we had the Great Western Railway Pannier Tank 4612, recently out of overhaul, heading a 4 coach set. The Fireman said it had plenty of power for the job as it tackled the two inclines up to Bodmin General.


Pics are dedicated to Jonathan and Adrian! 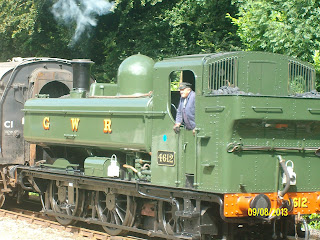 With well over 800 examples built, the 5700 class pannier tank locomotives could be found absolutely everywhere on the Great Western Railway’s system and although in the 1960s their numbers were being decimated by withdrawals, several lasted to the end of Western Region steam including the Bodmin & Wenford Railway’s example, no. 4612. 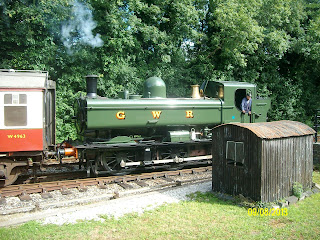 GWR 5700 class 0-6-0PT no. 4612, built at Swindon in 1942
4612 is a member of the most numerous Great Western locomotive class. Introduced by Collett in 1929 for light goods and passenger duties, eventually an extraordinary 863 were built not just by Swindon works, but sub-contracted to various outside builders also. The 5700 class replaced an eclectic and ageing mix of saddle-tank and pannier-tank designs, some dating back almost to when the GWR was converted from broad to standard gauge. The design was based on the Dean '2721' pannier tanks of 1897 but with much improved boiler and a more comfortable enclosed cab. Testament to the design is the fact that there was little more than cosmetic alteration as successive batches were built until the last emerged from Swindon works in 1949. 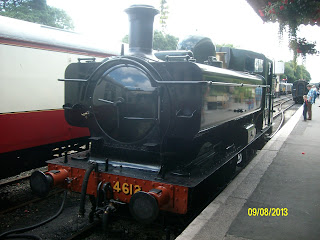 Look away if you are offended by noisy/smelly diesels!! 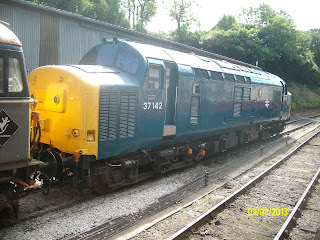 37142 One of a large number of diesel–electrics in preservation, built in 1963 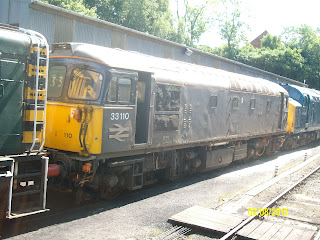 
Back to things steamy …


4612 on the run around at Bodmin General 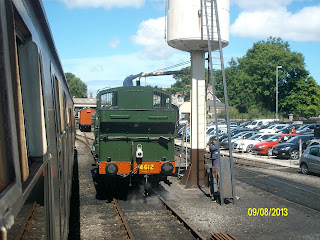 Taking on more water – the footplate crew did this each trip 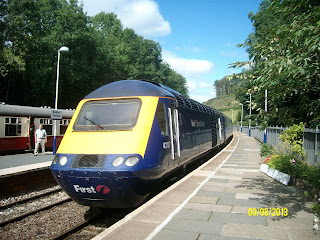 43127 arrives from Paddington – the Cornish Riviera Express – to Penzance. The train was absolutely packed with standing room only. Back to St. Erth – good value at £9.50 off peak return.