Apologies to blog followers – we have been on a campsite with no 3G dongle signal and no mobile! Anyway, we are now in Somerset, on a small site that is near Taunton and has good internet links.


Whilst on the island, I took the National Trust member opportunity to walk around the spectacular sub-tropical gardens here. The warming effect of the sea, together with a south facing slope and sheltering trees/walls gives a great rocky garden! 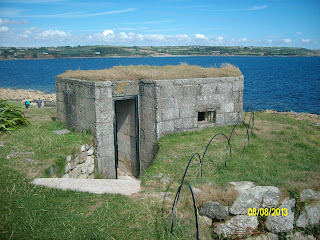 Firstly though, a poignant reminder of the troubled Second World War, when the south coast was thought to be under attack. Here a 'pill box' built out of reinforced concrete – guarding the eastern flank. 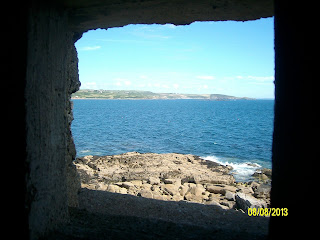 View of the gunner across the bay to Cudden Point


The gardens themselves are landscaped into the southern rock-face with the castle looming above – paths and steps climbed and edged around the rocks to give fantastic sea-ward views and small areas of plants clinging to the rocks. 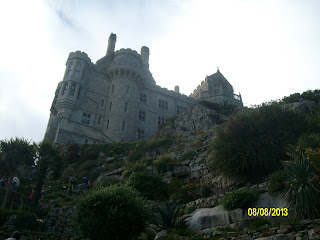 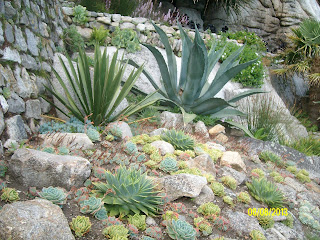 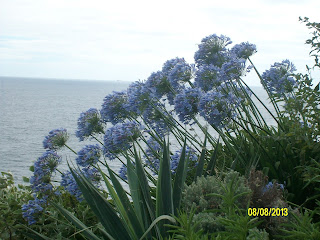 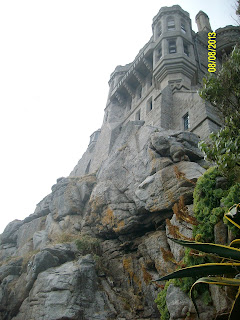 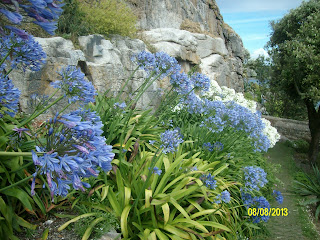 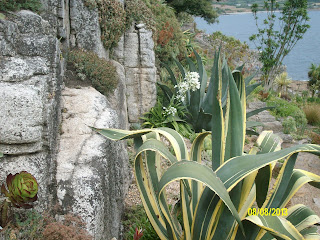 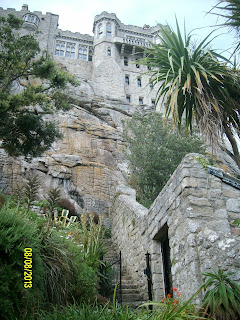 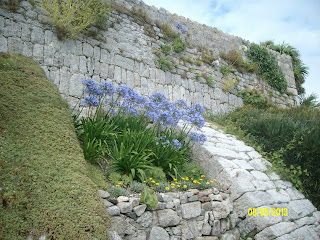 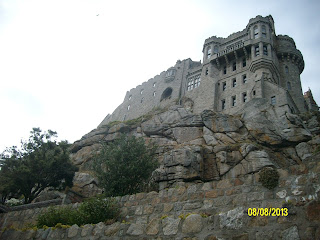 ﻿
By now the tide had come and the boats could get into the harbour – the causeway finally flooded. Back to Marazion on the mainland by boat! 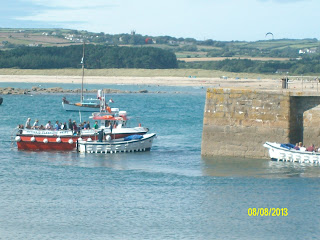 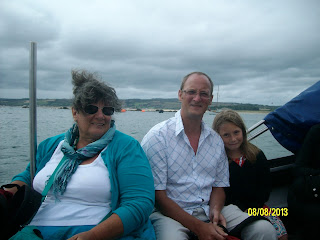 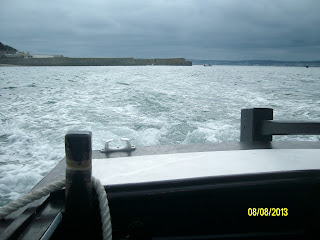 Leaving the island by sea!﻿
Posted by Unknown at 09:53