Apologies to blog followers – we have been on a campsite with no 3G dongle signal and no mobile! Anyway, we are now in Somerset, on a small site that is near Taunton and has good internet links.


We have been to St. Michael’s Mount on several occasions in the past – although not for a long time. It never ceases to thrill. On this occasion, Dan came – first time since being a teenager and our granddaughter for the very first time.


As the tide was out when we got there, it was a walk across the causeway to the harbour. 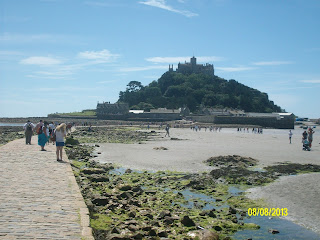 The approach at low tide 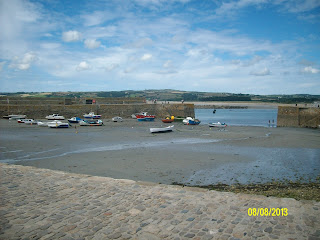 The harbour at low tide 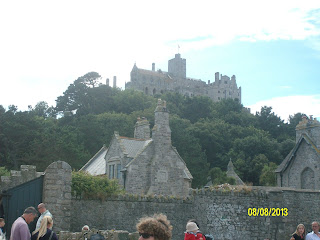 Looking up at the Castle 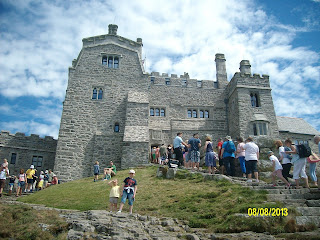 It is said that the mount may have been the site of a monastery in the 8th - early 11th centuries though Edward the Confessor gave it to the Norman abbey of the French Mont Sant-Michel. The monastic buildings were built during the 12th century and in 1275 an earthquake destroyed the original priory church, which was rebuilt in the late 14th century. It is still in use today.

The priory was seized by the Crown, when Henry V went to war in France. The island castle was fought over and occupied by various parties and featured in the Civil War, held by the Royalists until 1646.  The Mount was sold in 1659 to Colonel John St Aubyn. His descendant, Lord St Levan, continues to be the "tenant" of the Mount but has ceased to be resident there, his nephew, James St Aubyn, taking up residency and management of the Mount in 2004.

The Mount was fortified during the Second World War during the invasion crisis of 1940-41 with three pillboxes still left standing. In 1954, the 3rd Baron St Levan gave most of St Michael’s Mount to the National Trust. The St.Aubyn family retained a 999-year lease to inhabit the castle and a licence to manage the public viewing of its historic rooms. This is managed in conjunction with the National Trust. 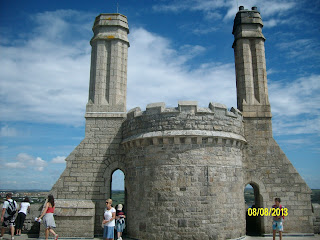 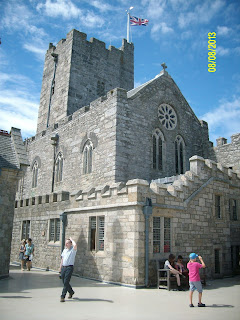 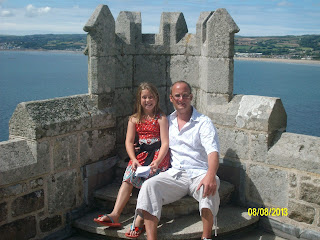 Enjoying the sun and scenic views from the castle top 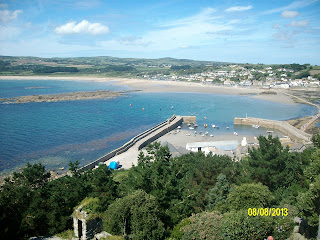 Looking down on the harbour – notice the tide starting to turn