Fazeley to Fradley on the Coventry Canal Sept 2014

The gentle warm breeze of this late summer kept us company as our leisurely cruise north continued. We found a great, open and sunny mooring just before Br.No.81 - with other boats - and stopped early (with good TV/signals too).
The next day we headed for Fradley Junction, intending to moor above Shade House Lock - however, the shuttering had run out and we beached on the edge - so carried on north along the Trent and Mersey to find a good spot (with others) just before Br.No.55. 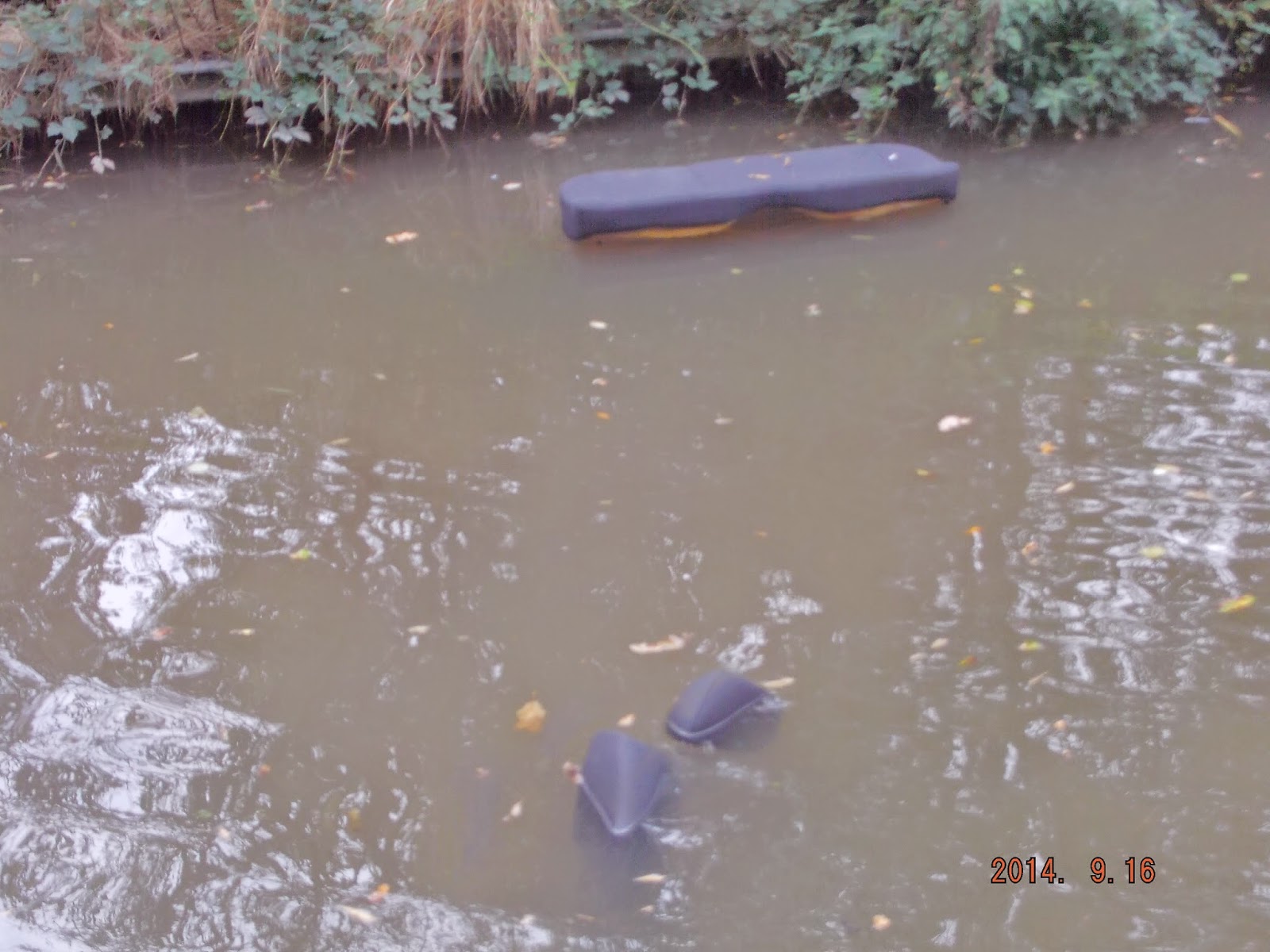 Car seats - discarded into the canal 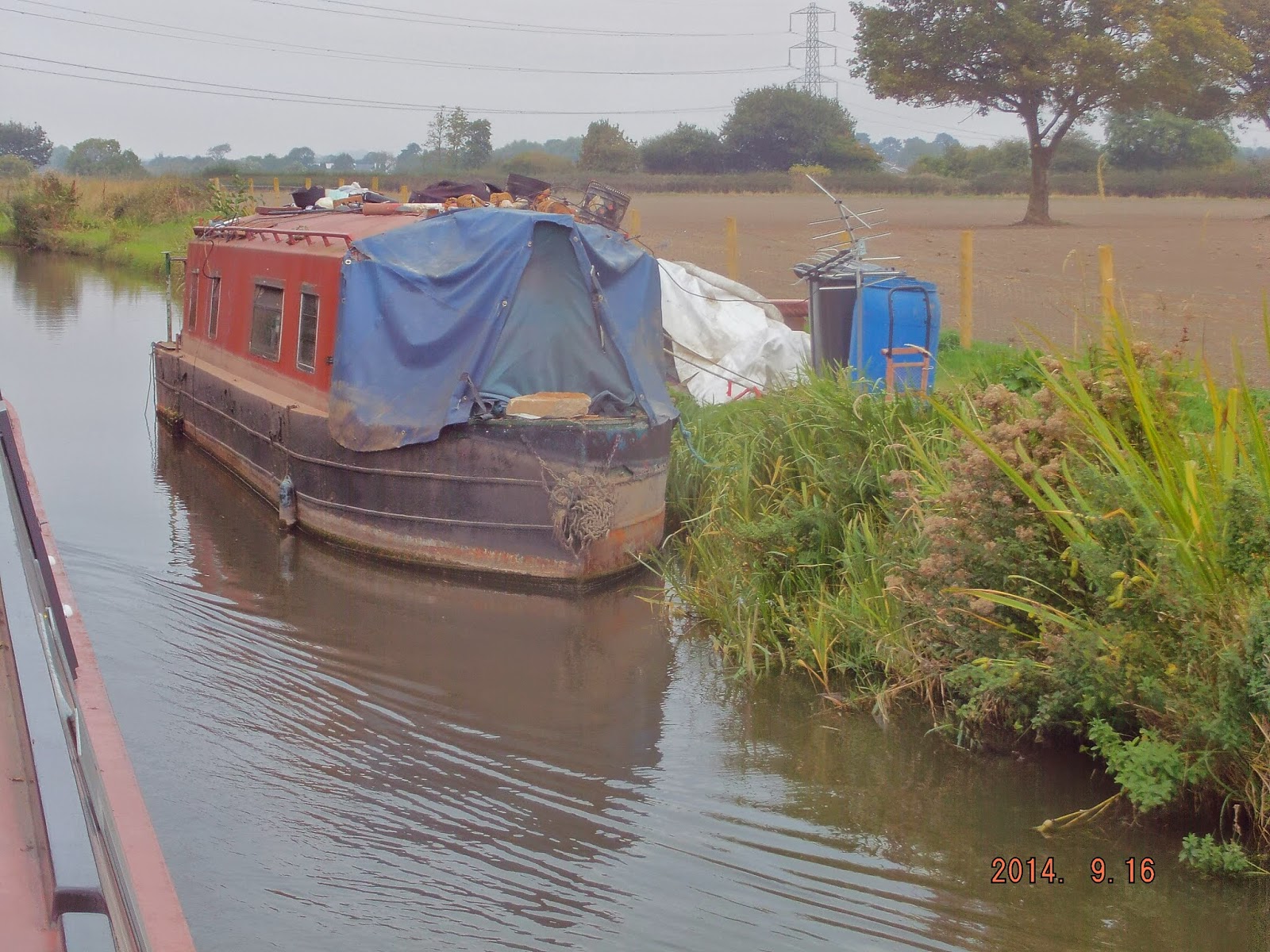 This boat has been here for more than 14 days! 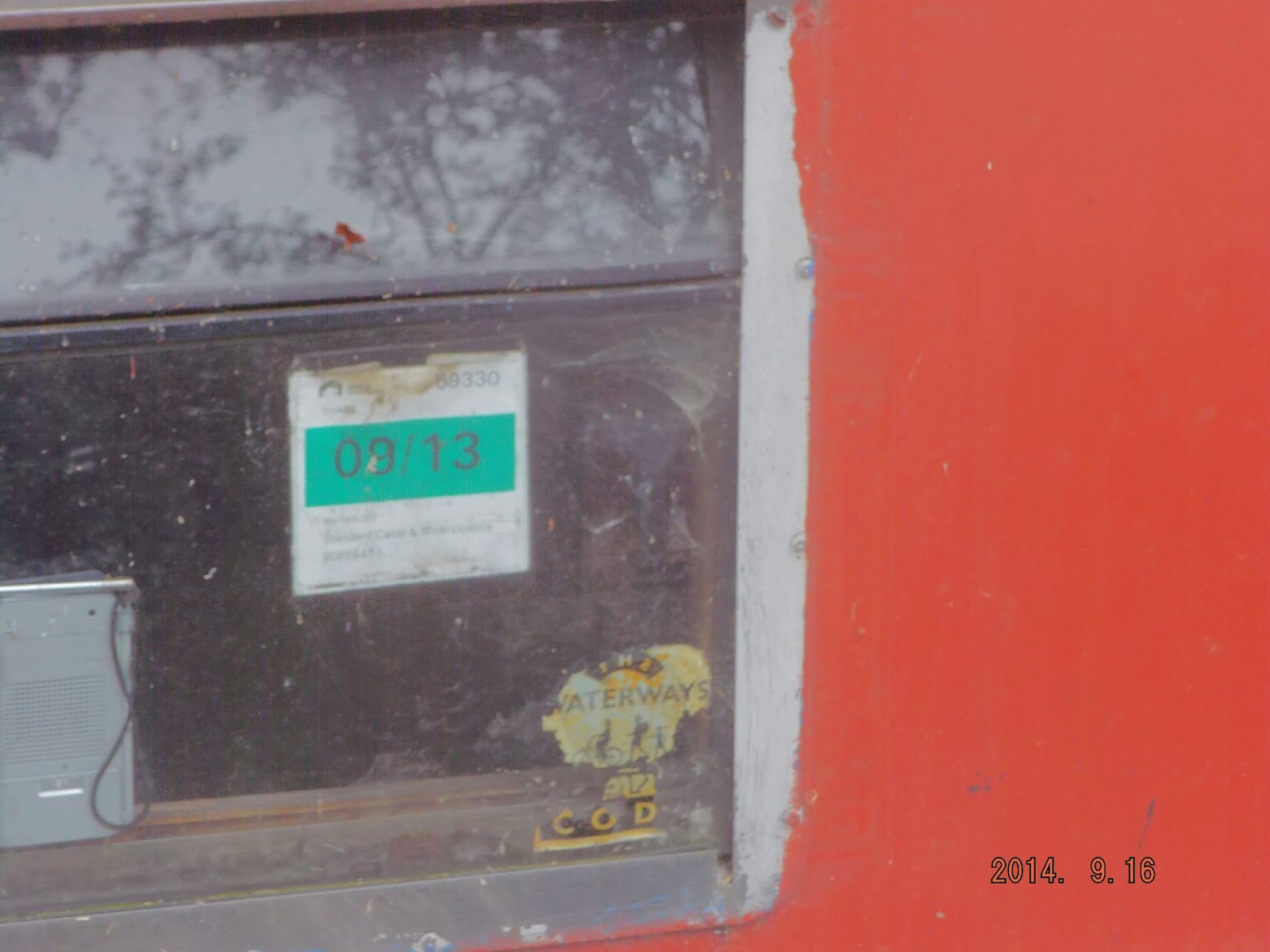 The Canal Trust says that 4% of boaters don't have current licences - that's an estimated 1280 boats at a minimum of £500 each. £640K would build quite a few new lock gates though? Besides, by allowing non-payers, it signals it's OK to avoid the rules?! 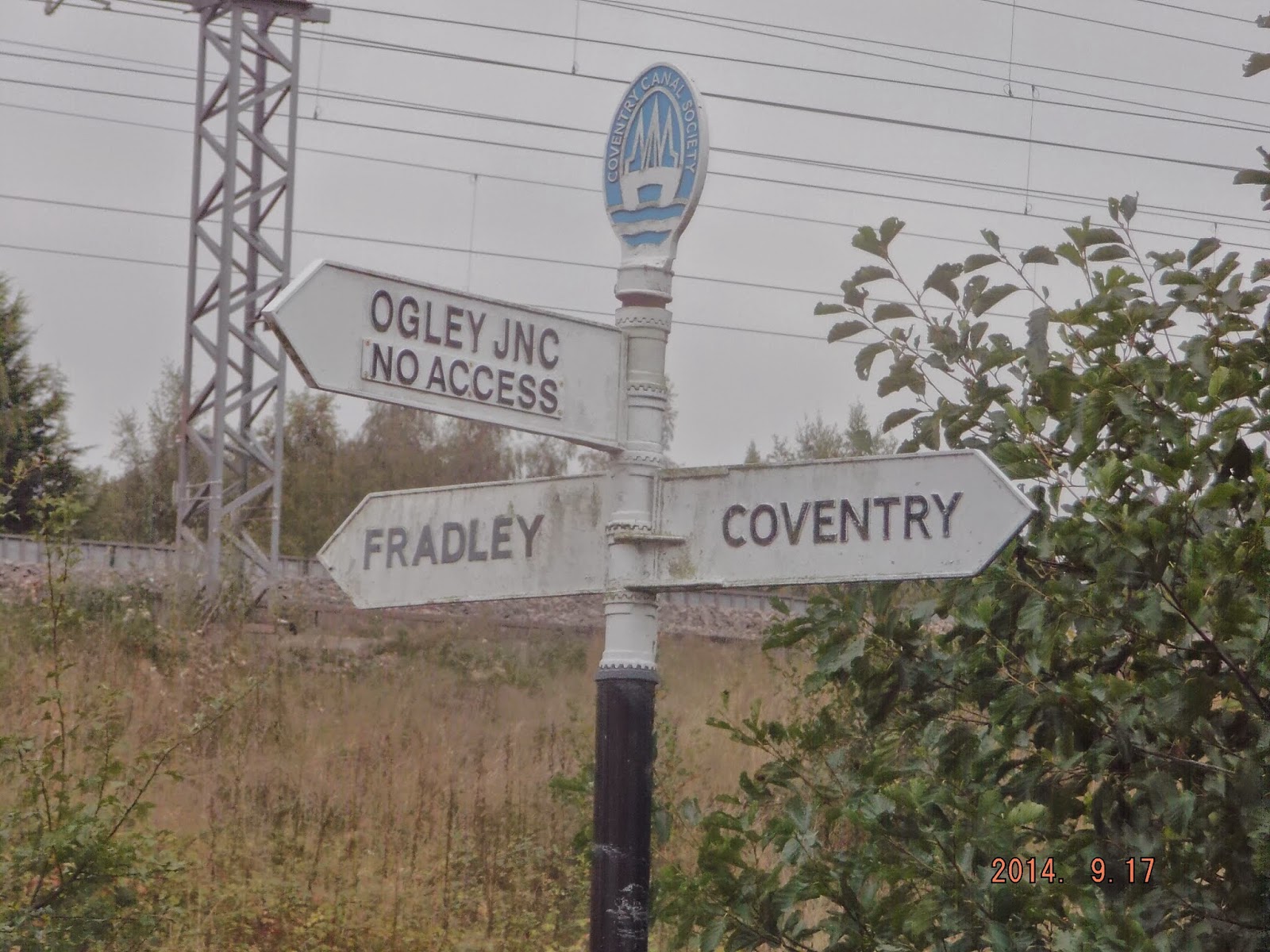 This sign is at the Huddlesford Junction - Ogley Jnc is on the BCN near Anglesey Basin (we were up there last year - see link). Although it is only 7 miles, there are major roads to cross and the M6 Toll - besides the matter of where the HS2 is going to carve through?! 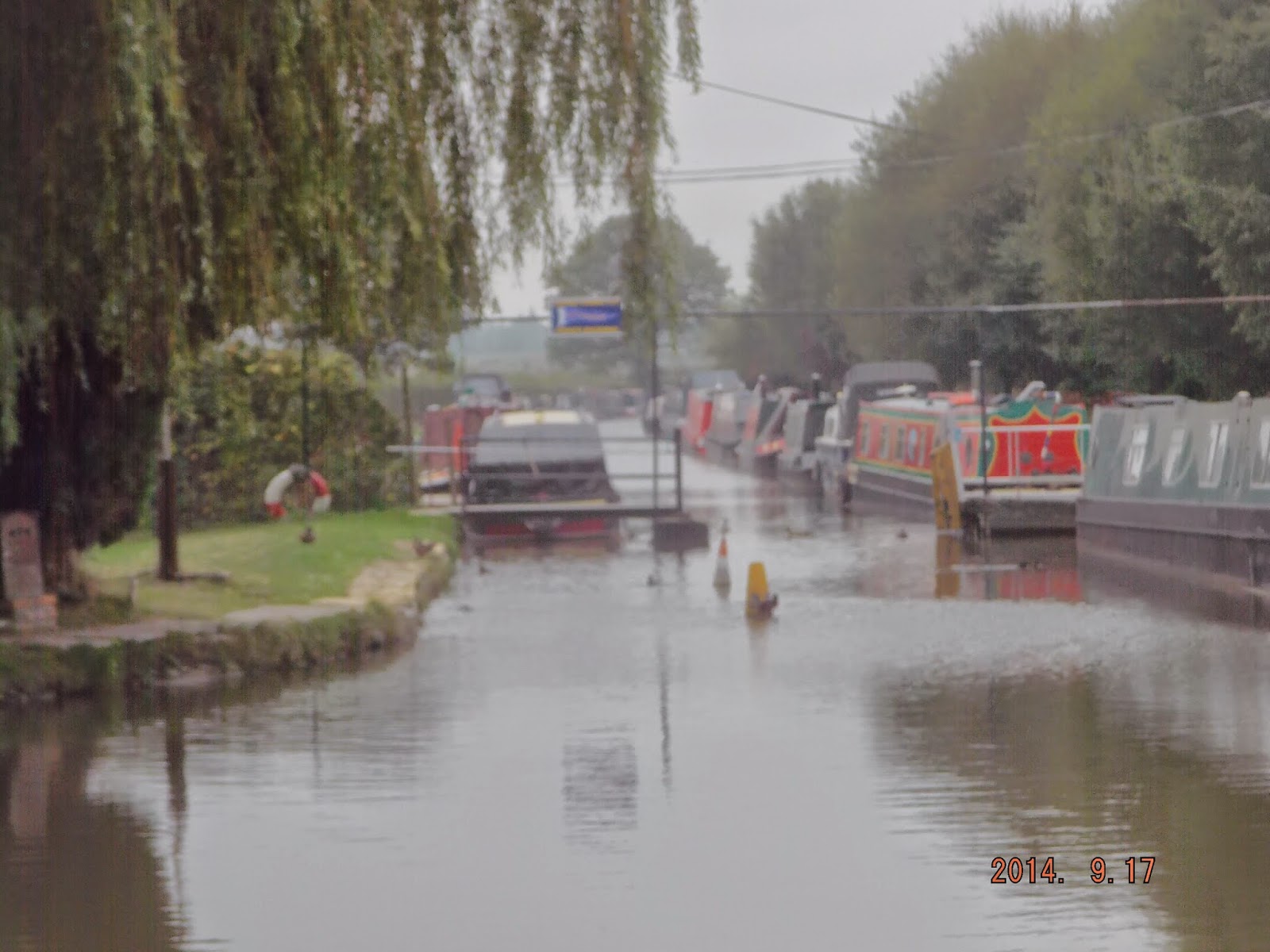 Looking back up the moorings for the Lichfield Canal Society - I was told they have the land to build a marina at some point - HS2 depending? 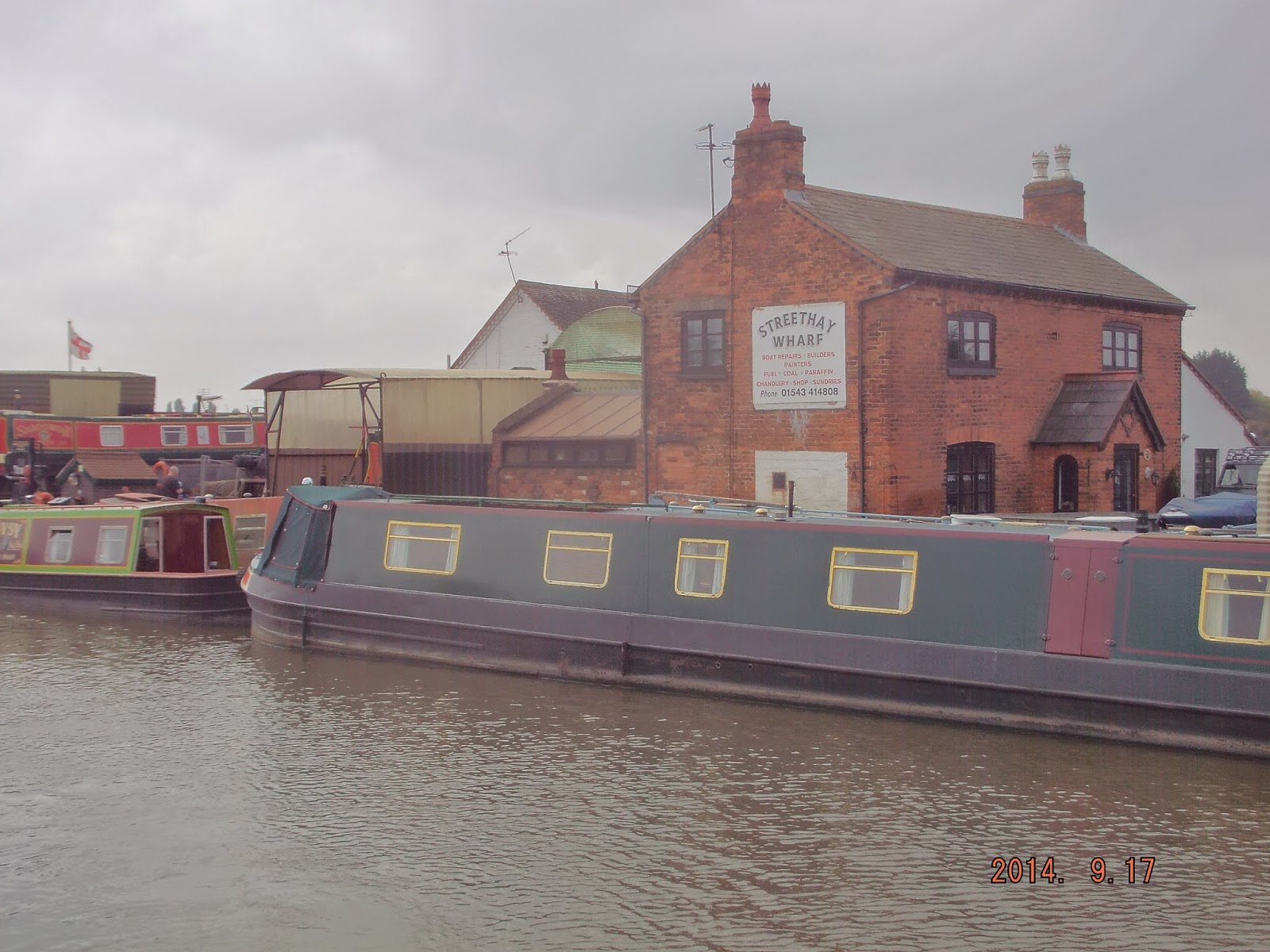 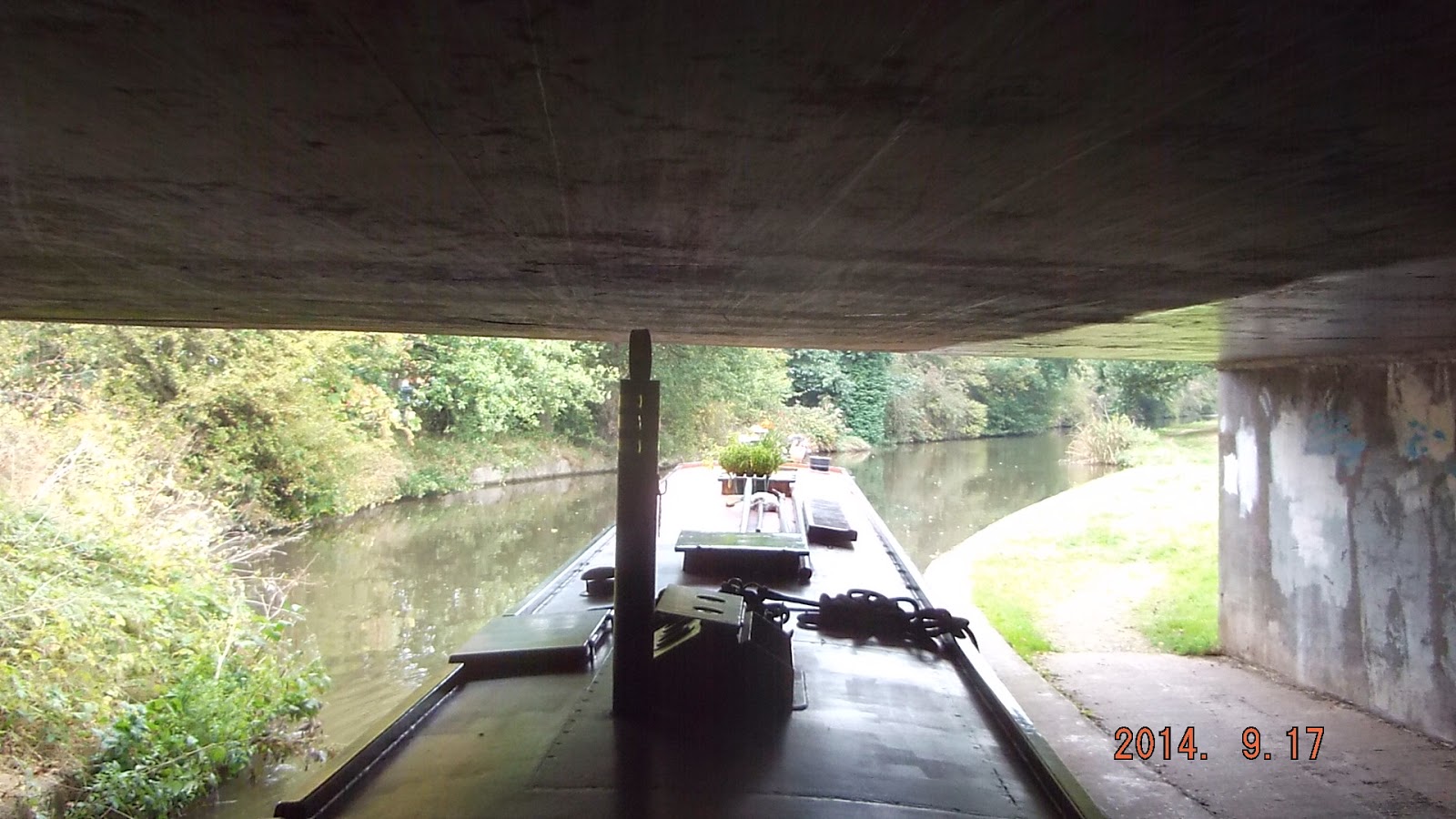 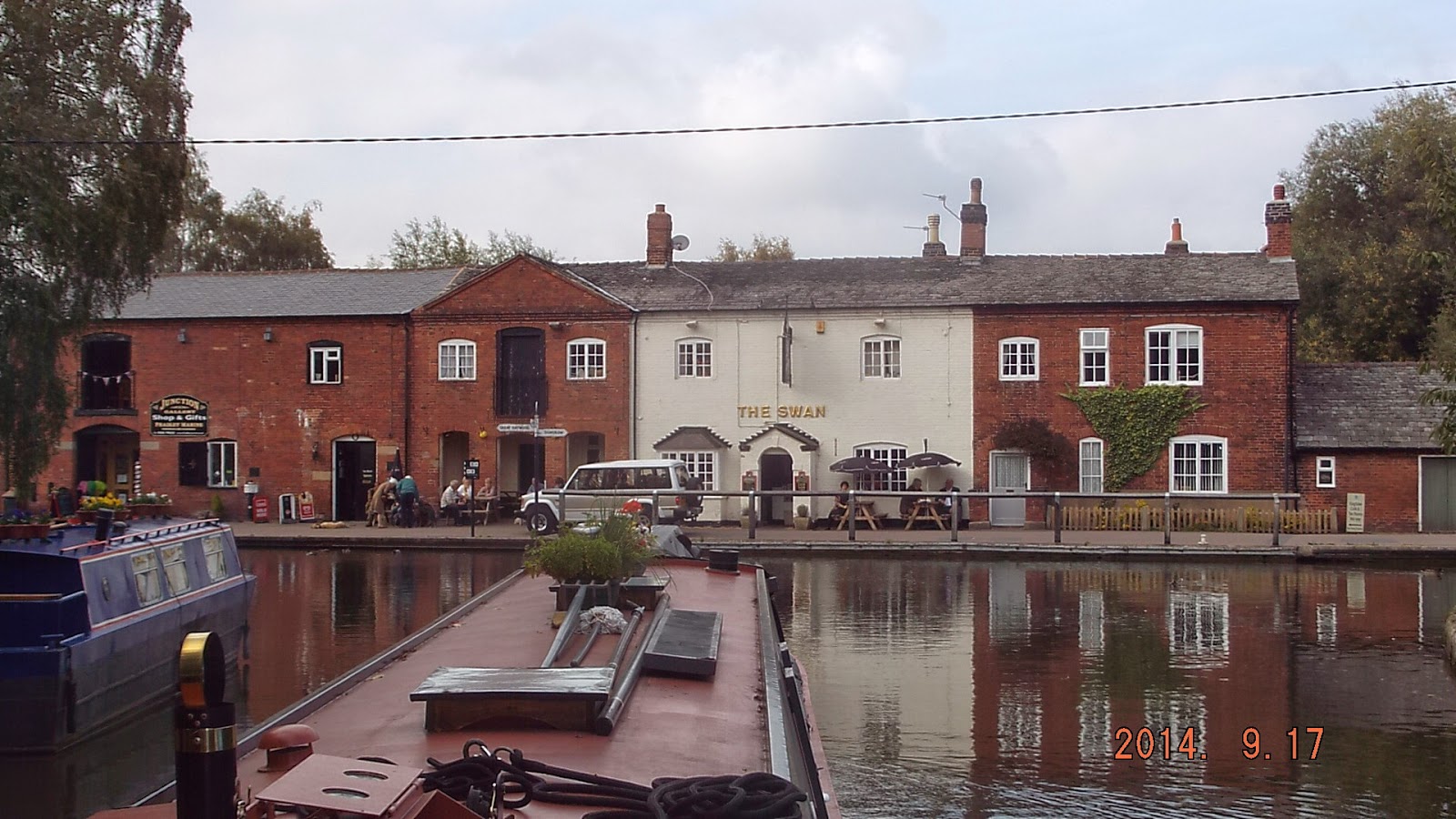 A classic view of the Swan at Fradley Junction - we go left ... 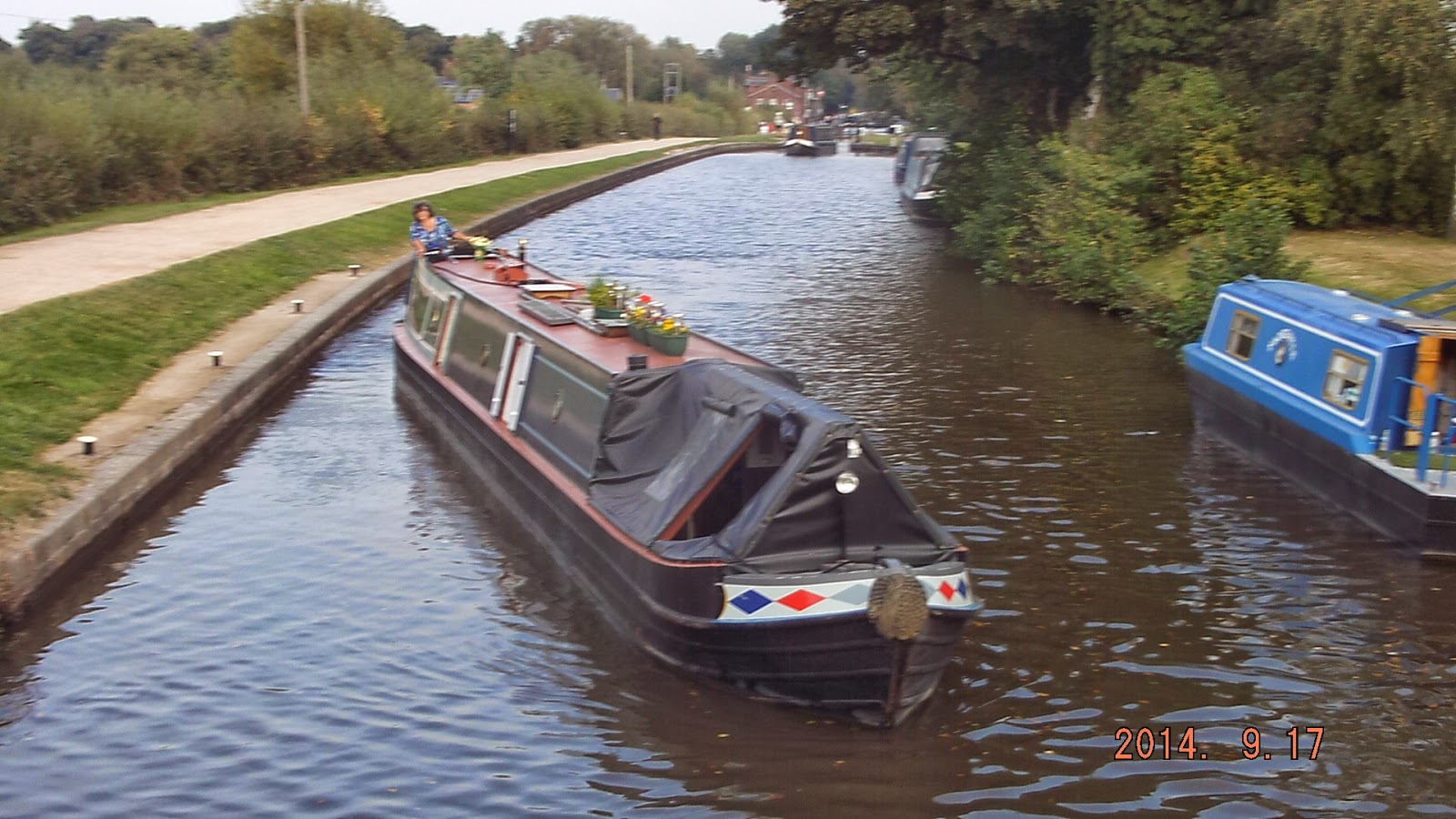 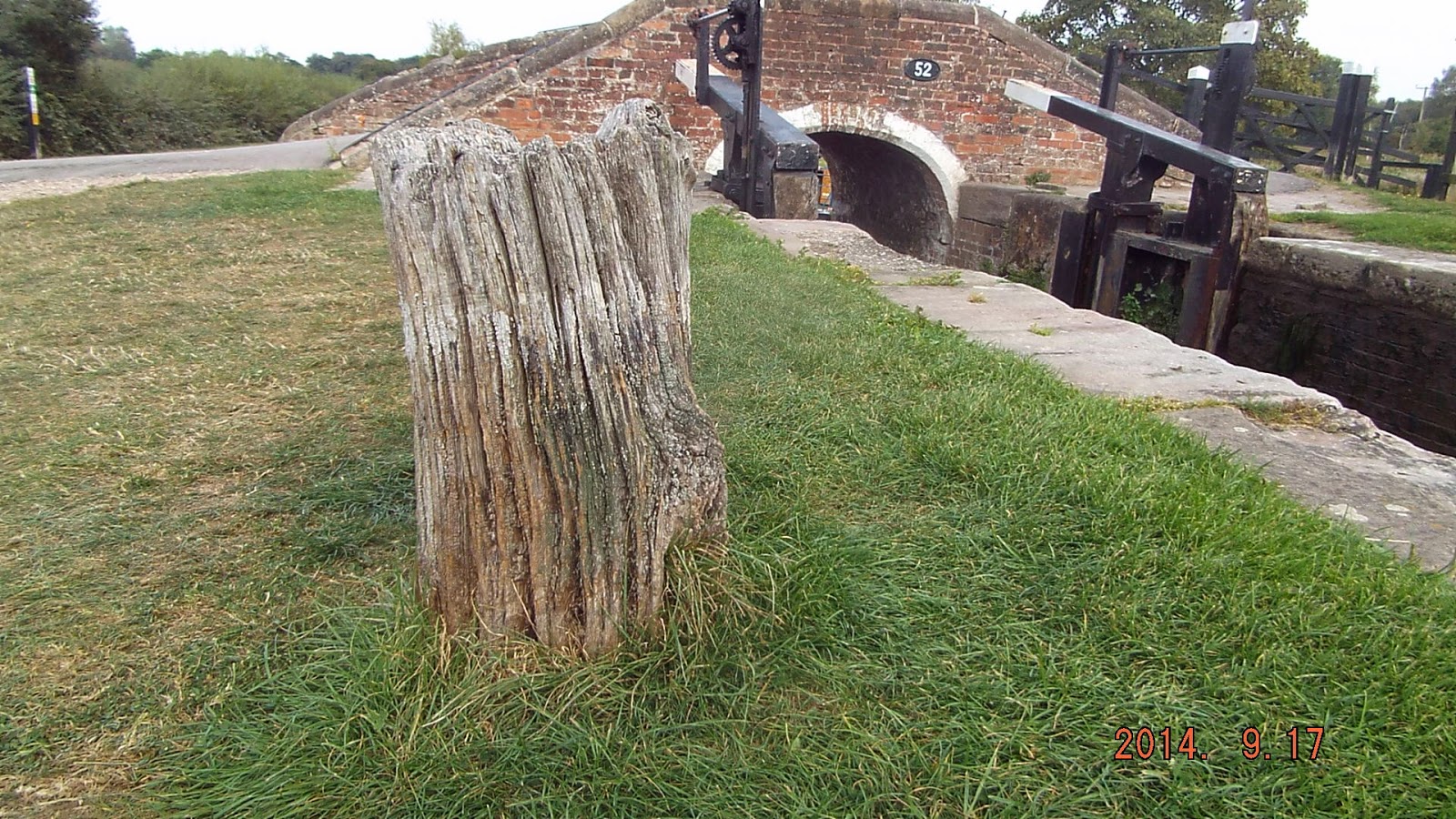 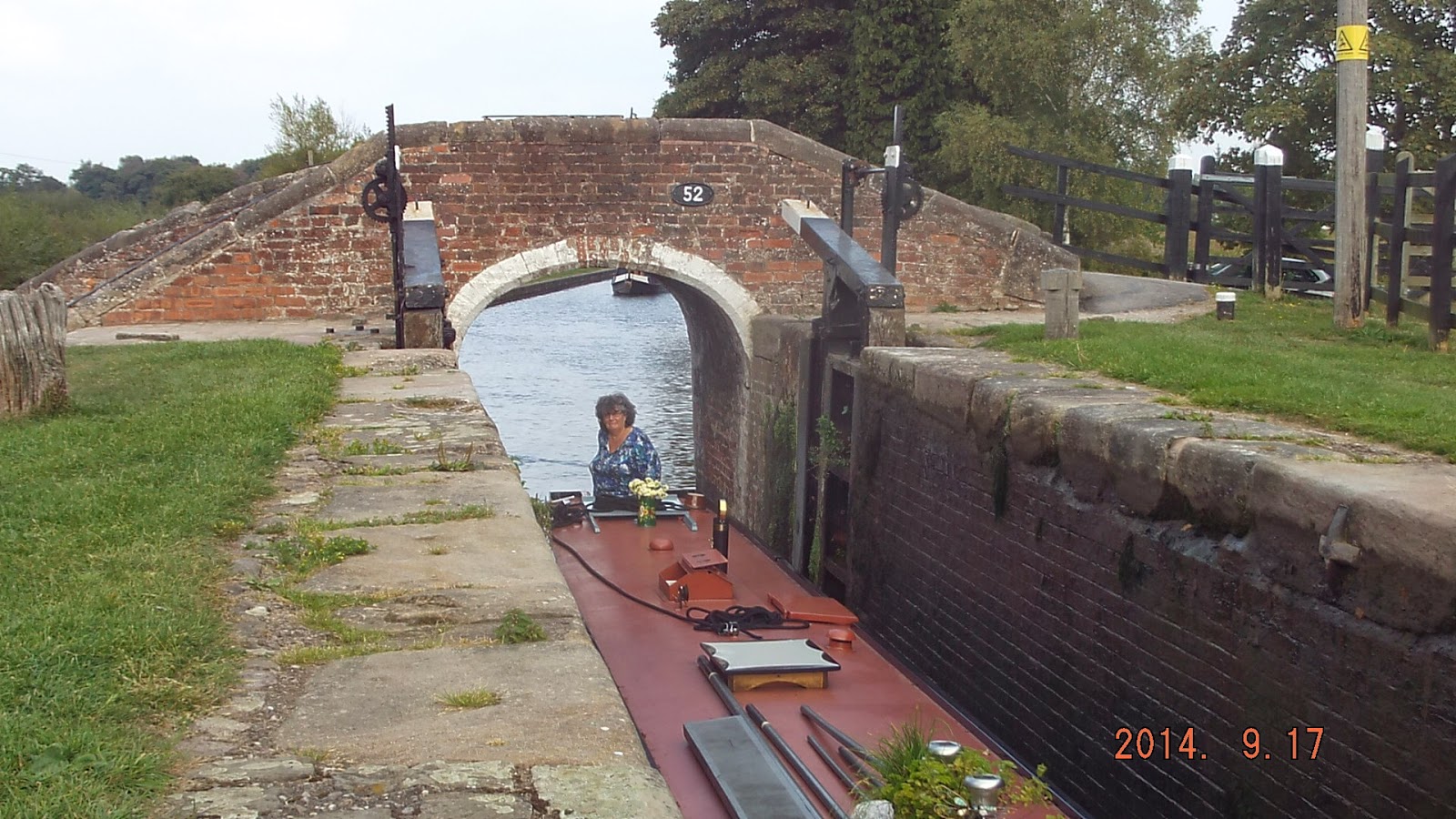 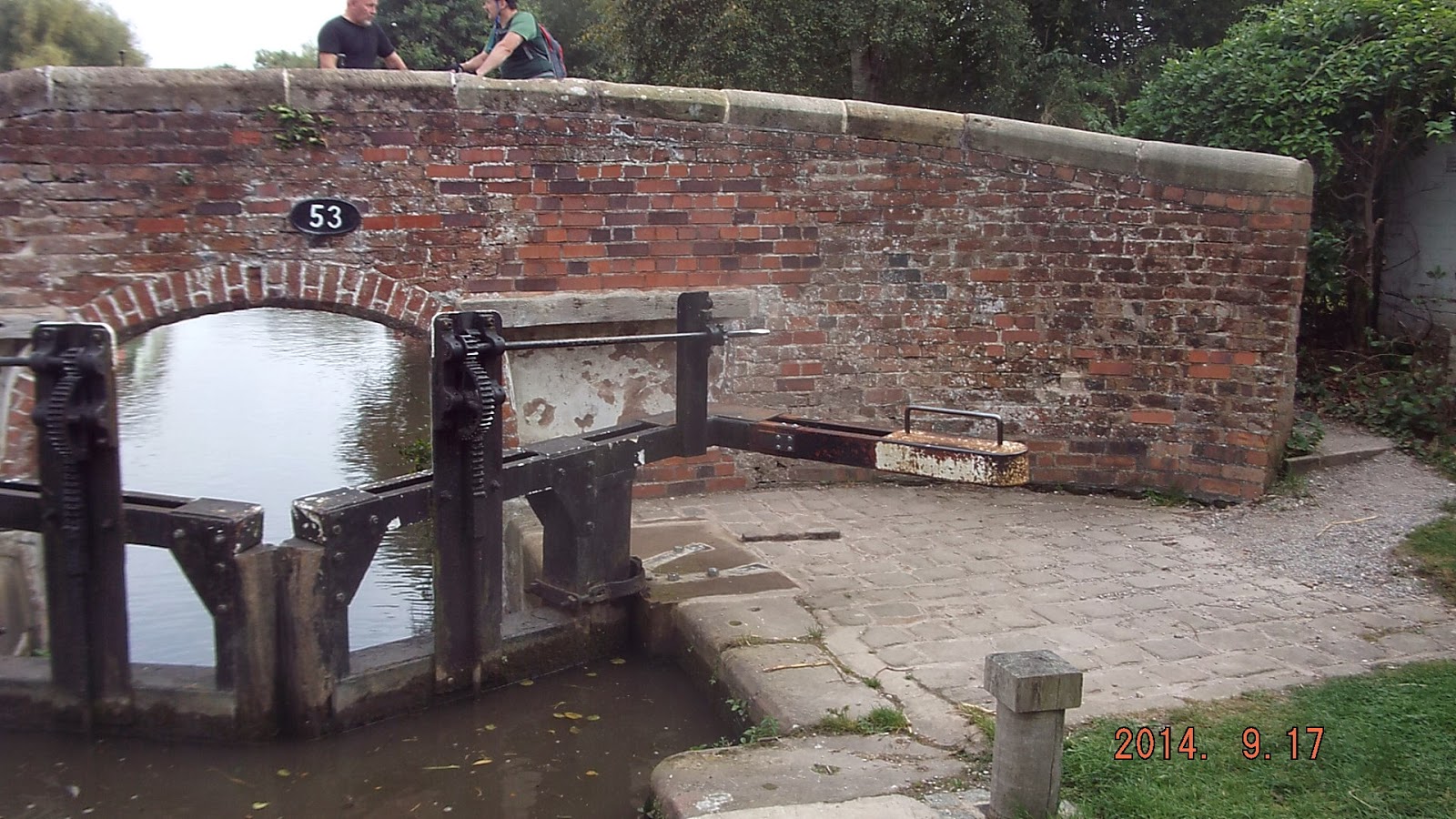 Next lock up is Wood End Lock with these heavy cantilevered gate beams. The proposed HS2 route comes right through here - although I have recently read that the IWA Reps and MPs from the HS2 Select Committee have done a site visit to discuss the Alternative Route 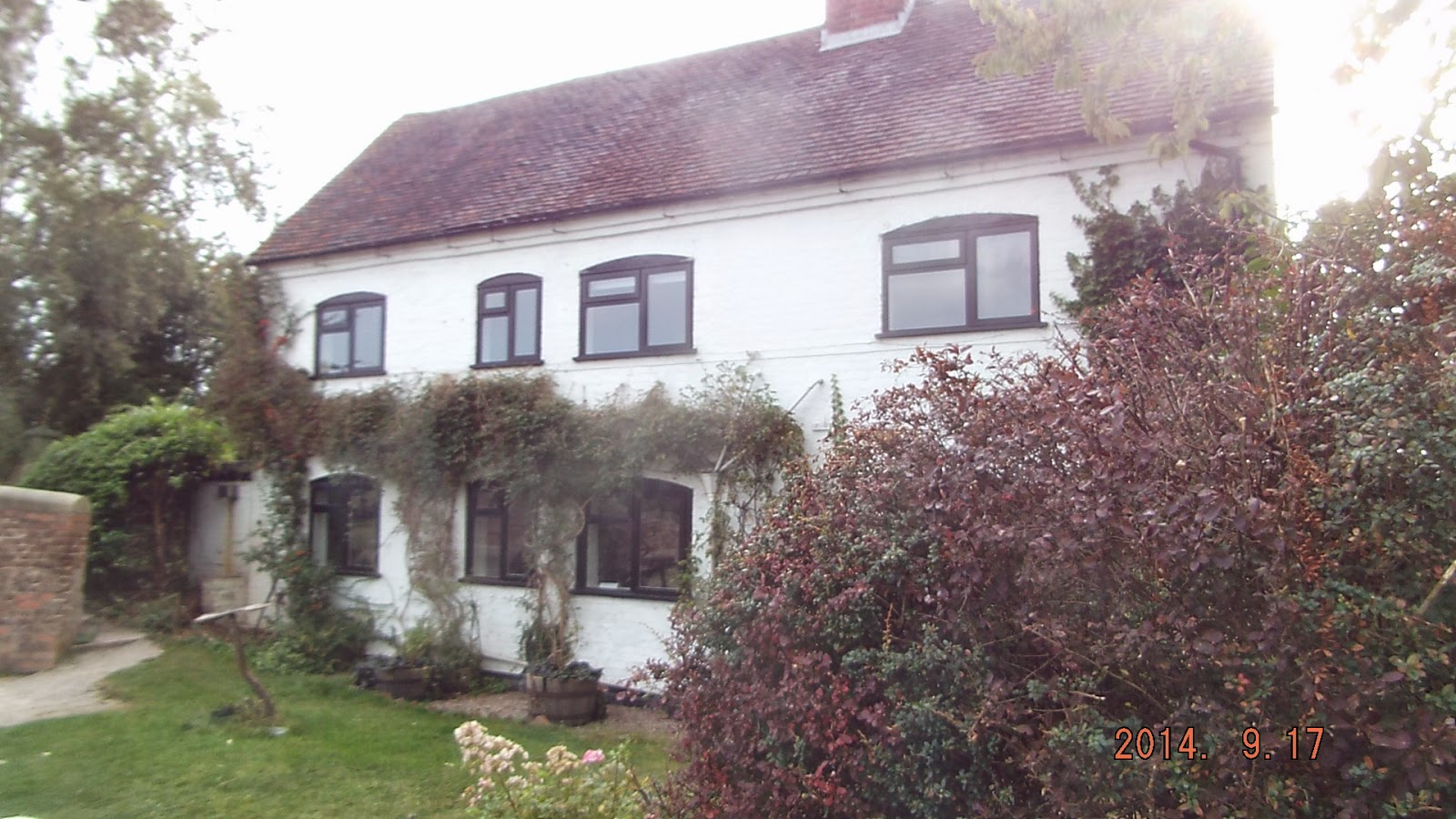 The picturesque Wood End Cottage - similarly threatened by the HS2 folly?!
Posted by Unknown at 02:27