Heading North to Banbury on the South Oxford Sept 2014

Continuing our cruise back to our winter base on the Shroppie, we are retracing our route on the South Oxford. See this link for one of the posts in August on the way down!
There was early rain in the air as we got ready to leave Thrupp, waiting for the excellent Cruising Club service dock to become free for a much needed pump out. 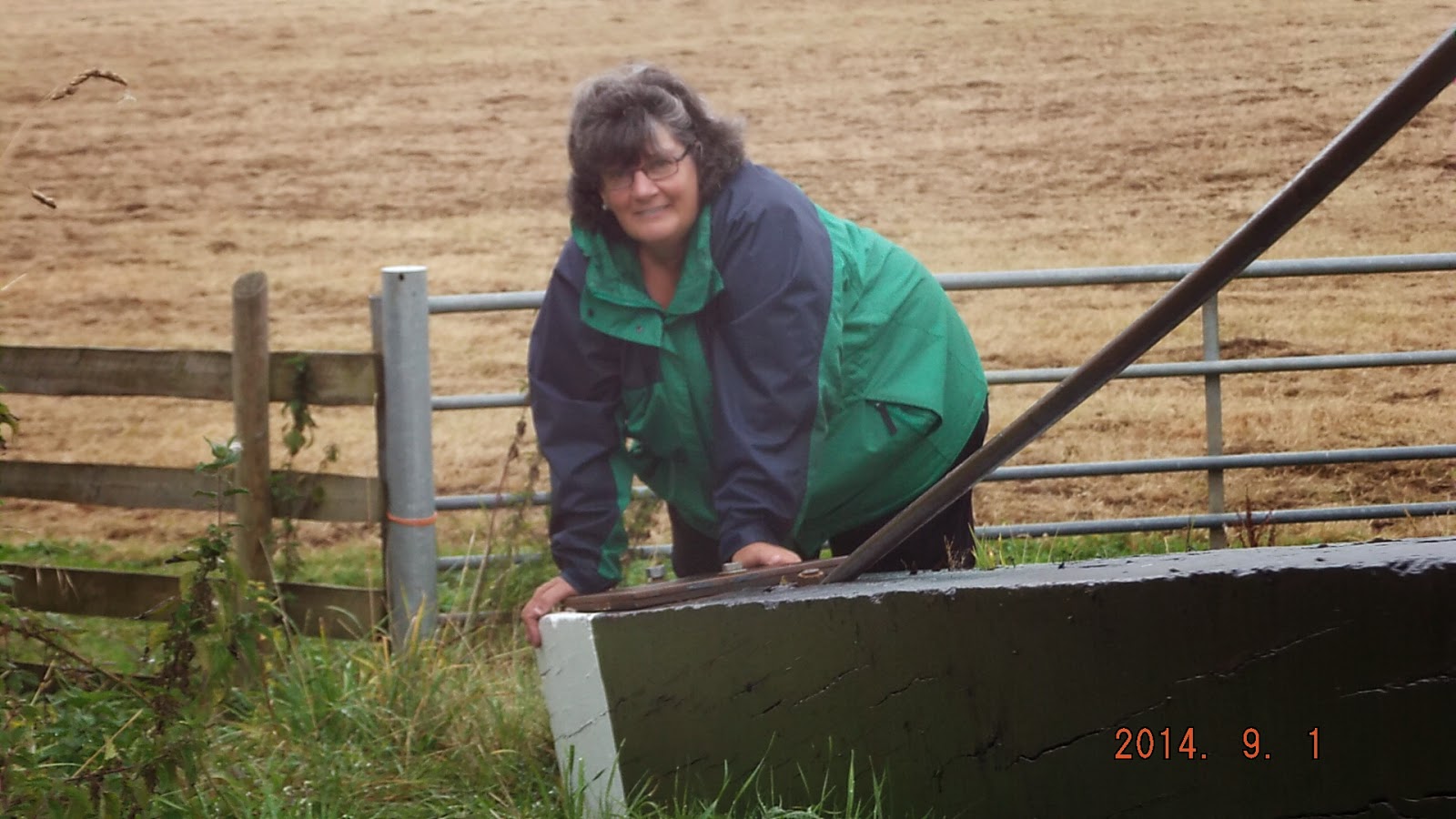 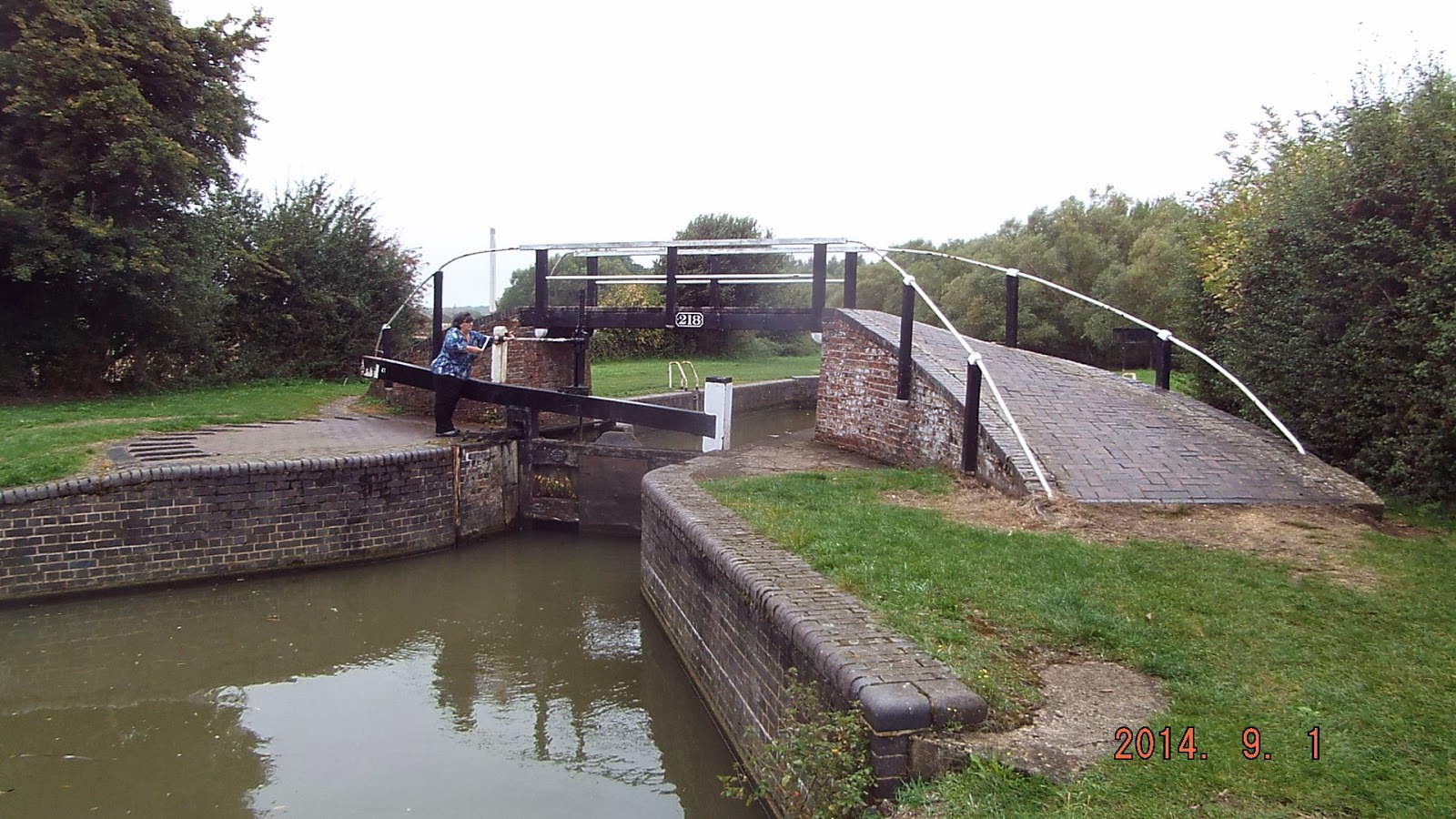 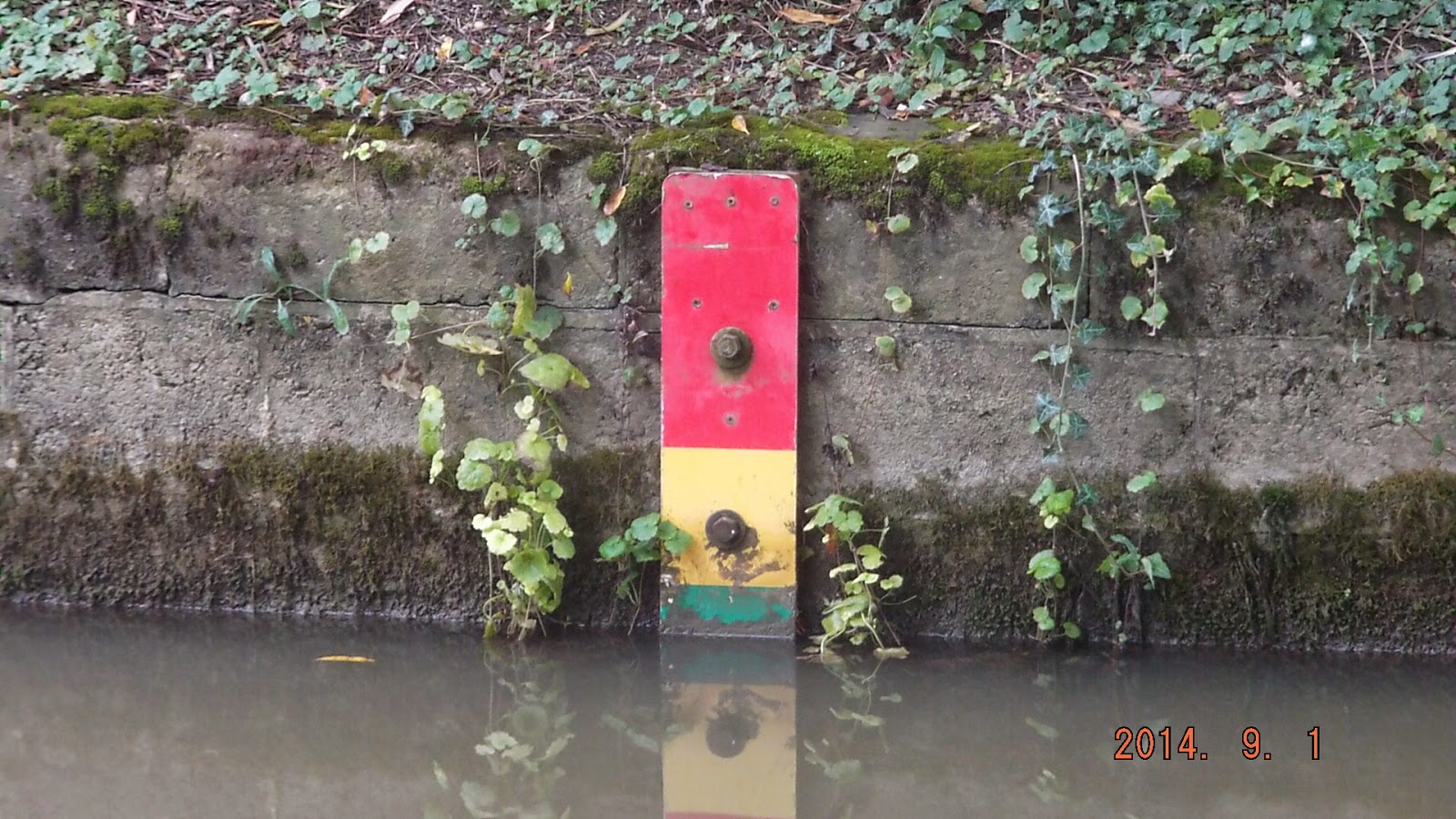 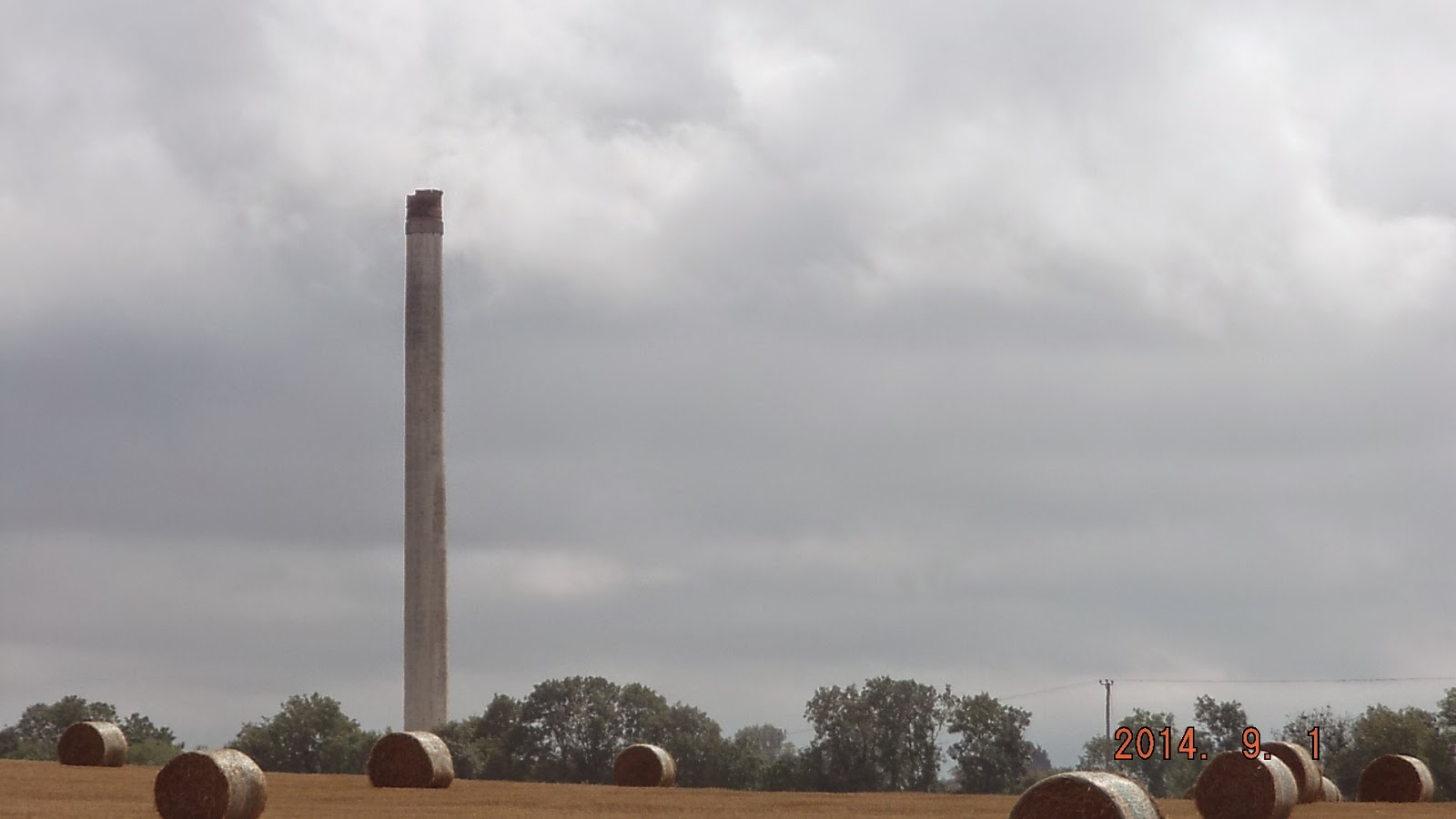 All that remains of the cement works at Enslow 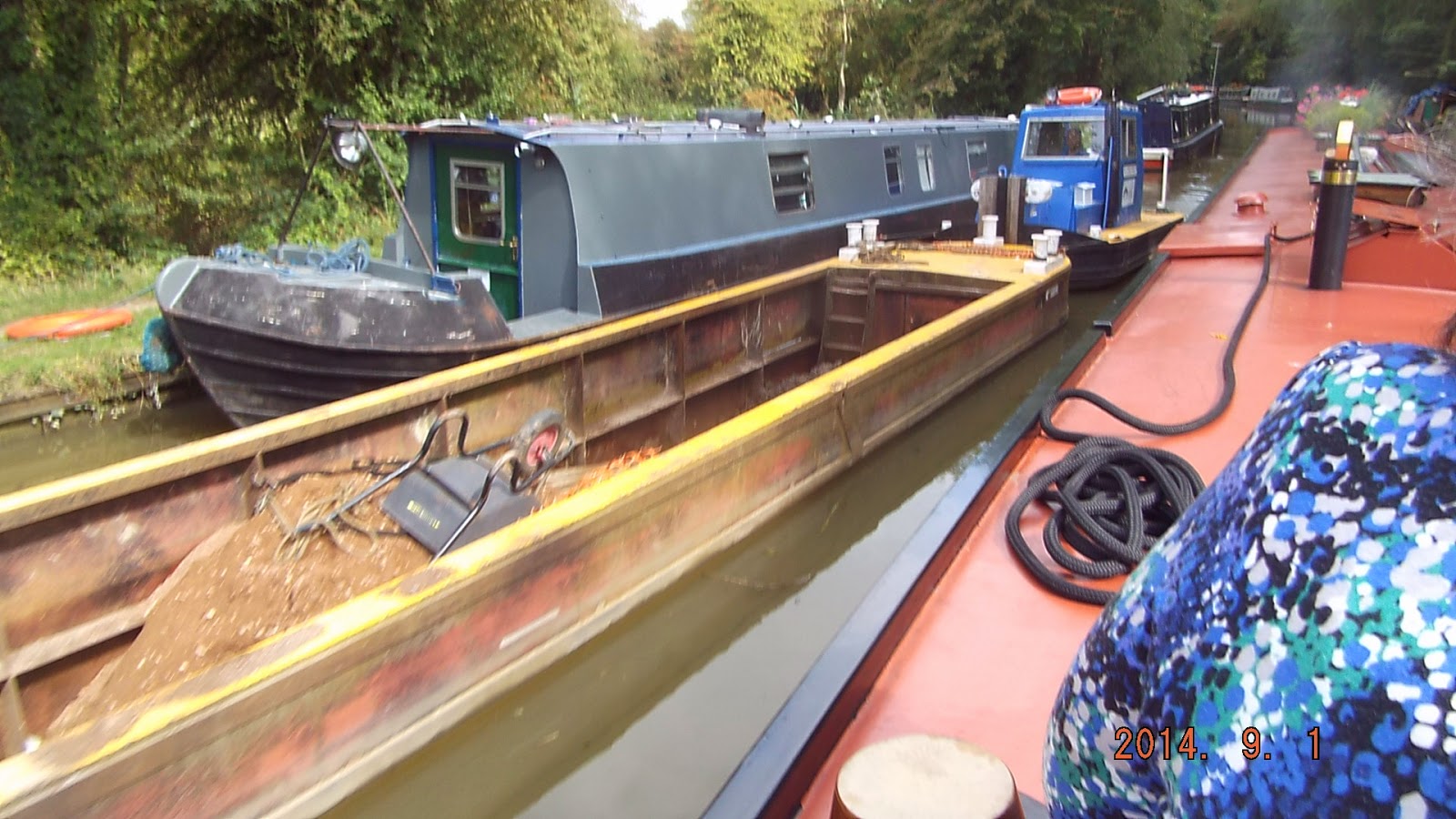 A bit of a squeeze?! 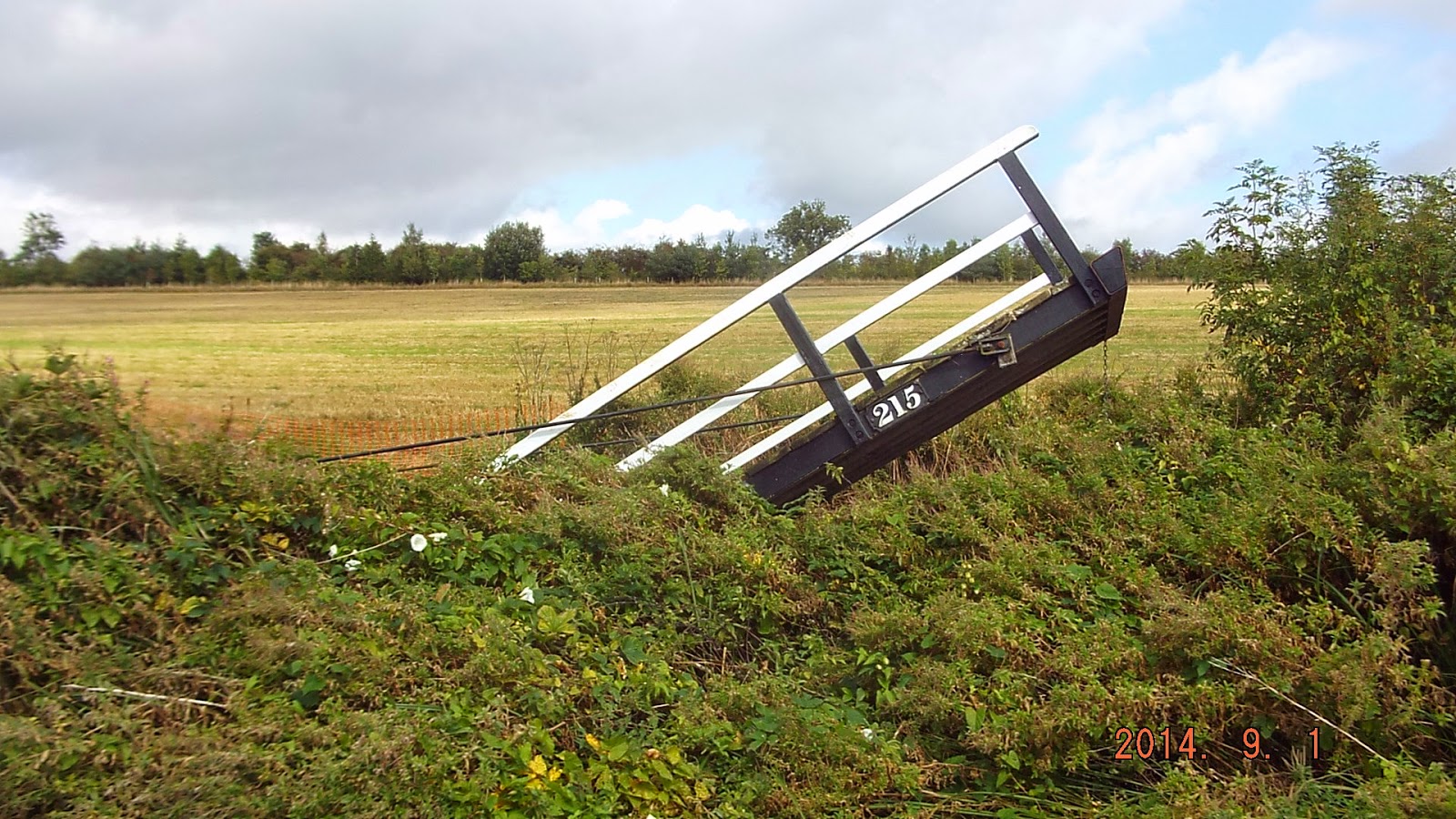 A bridge to nowhere!?
This is the Caravan Lift Bridge No.215 that had collapsed and blocked the canal whilst we were at Yarnton 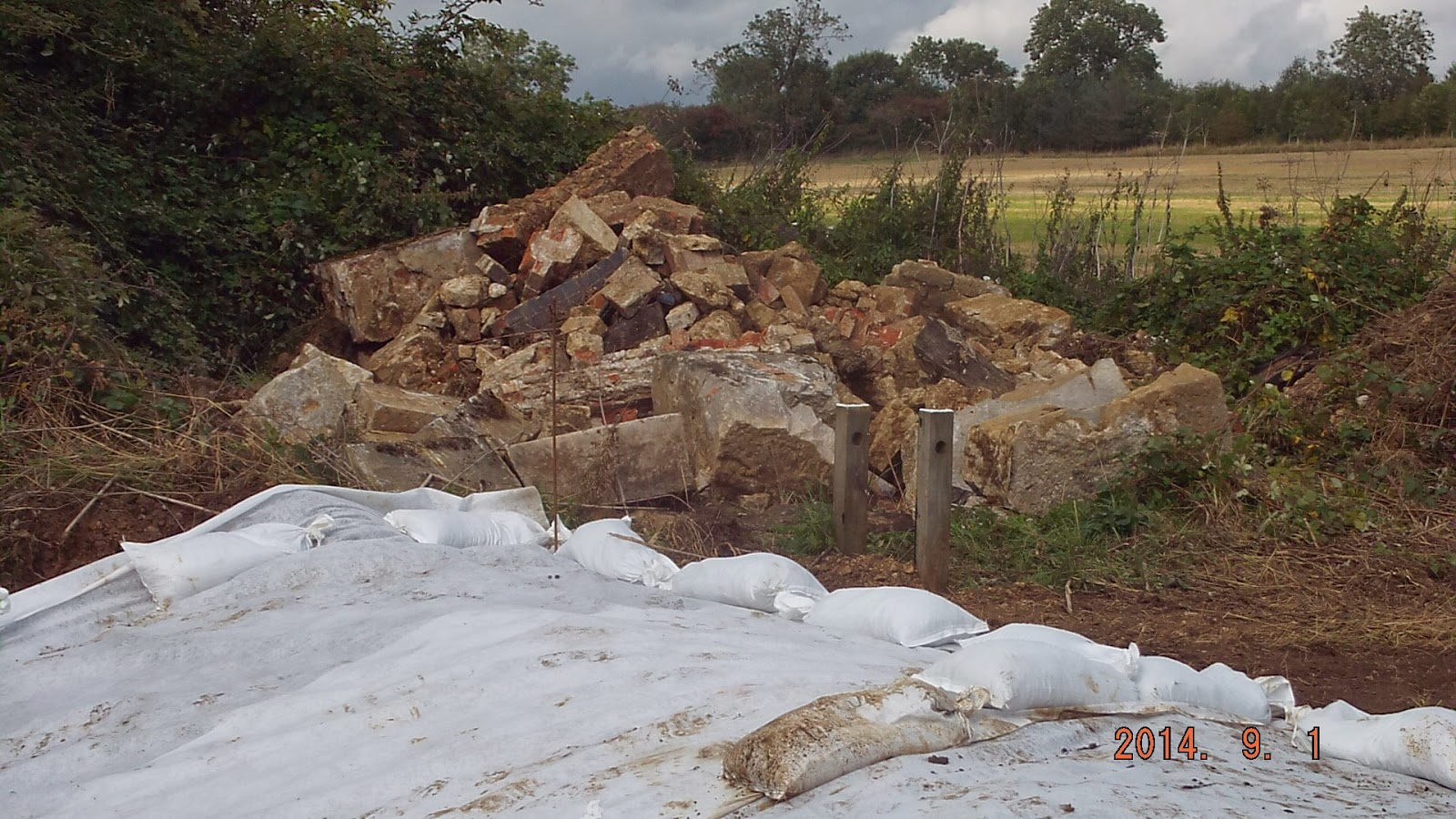 Stone masonry to be re-used when CRT eventually re-build the bridge? 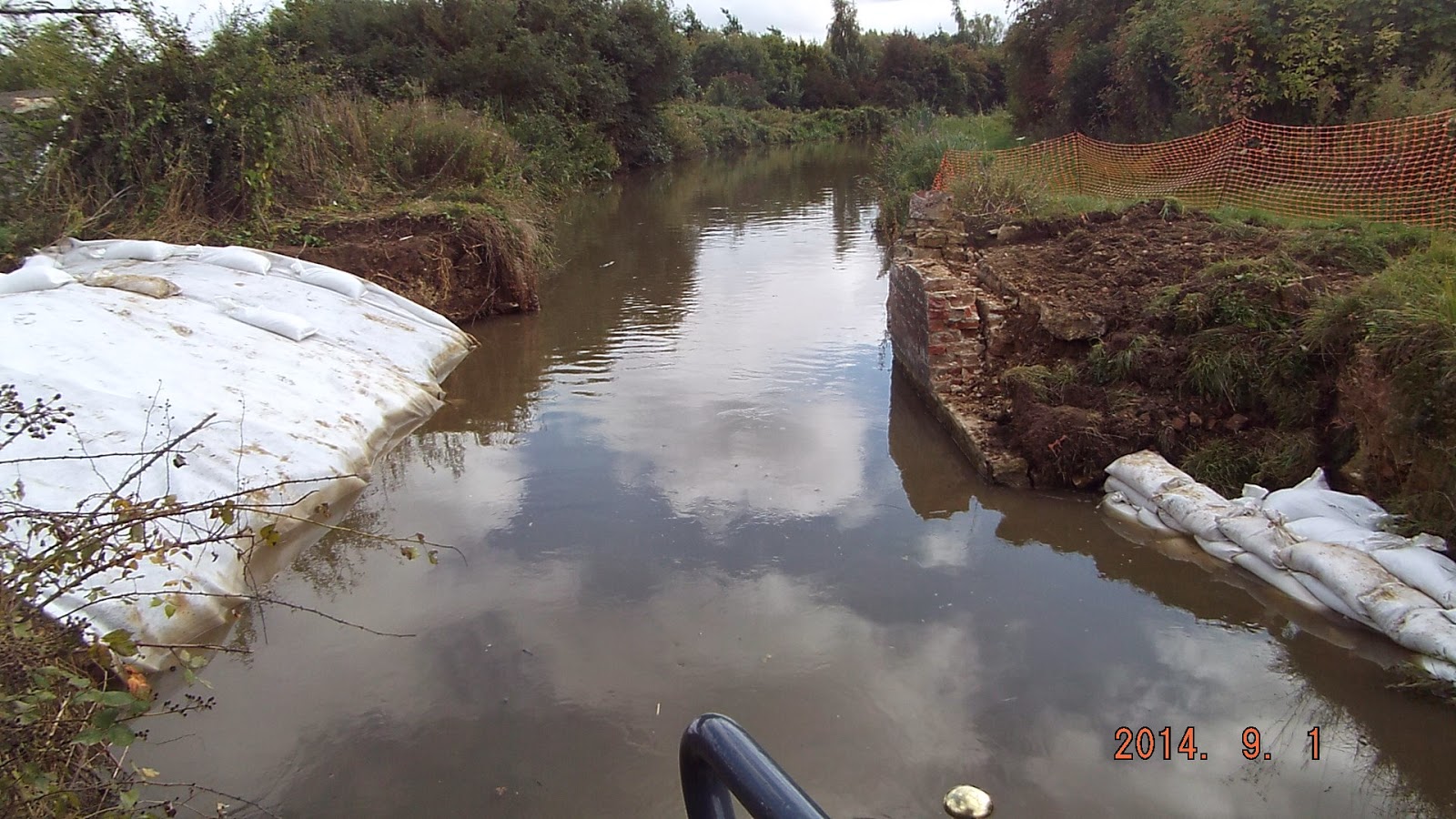 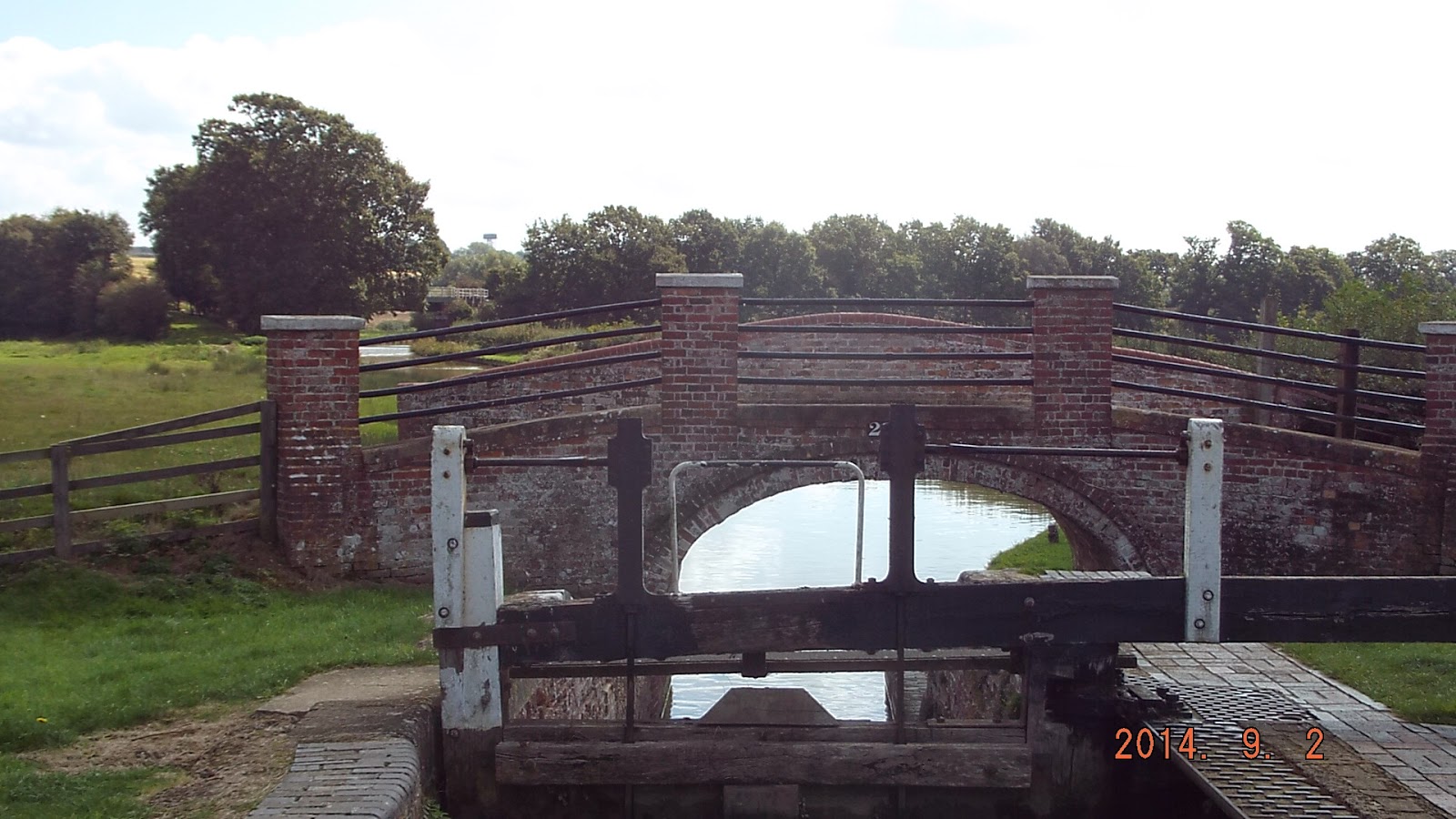 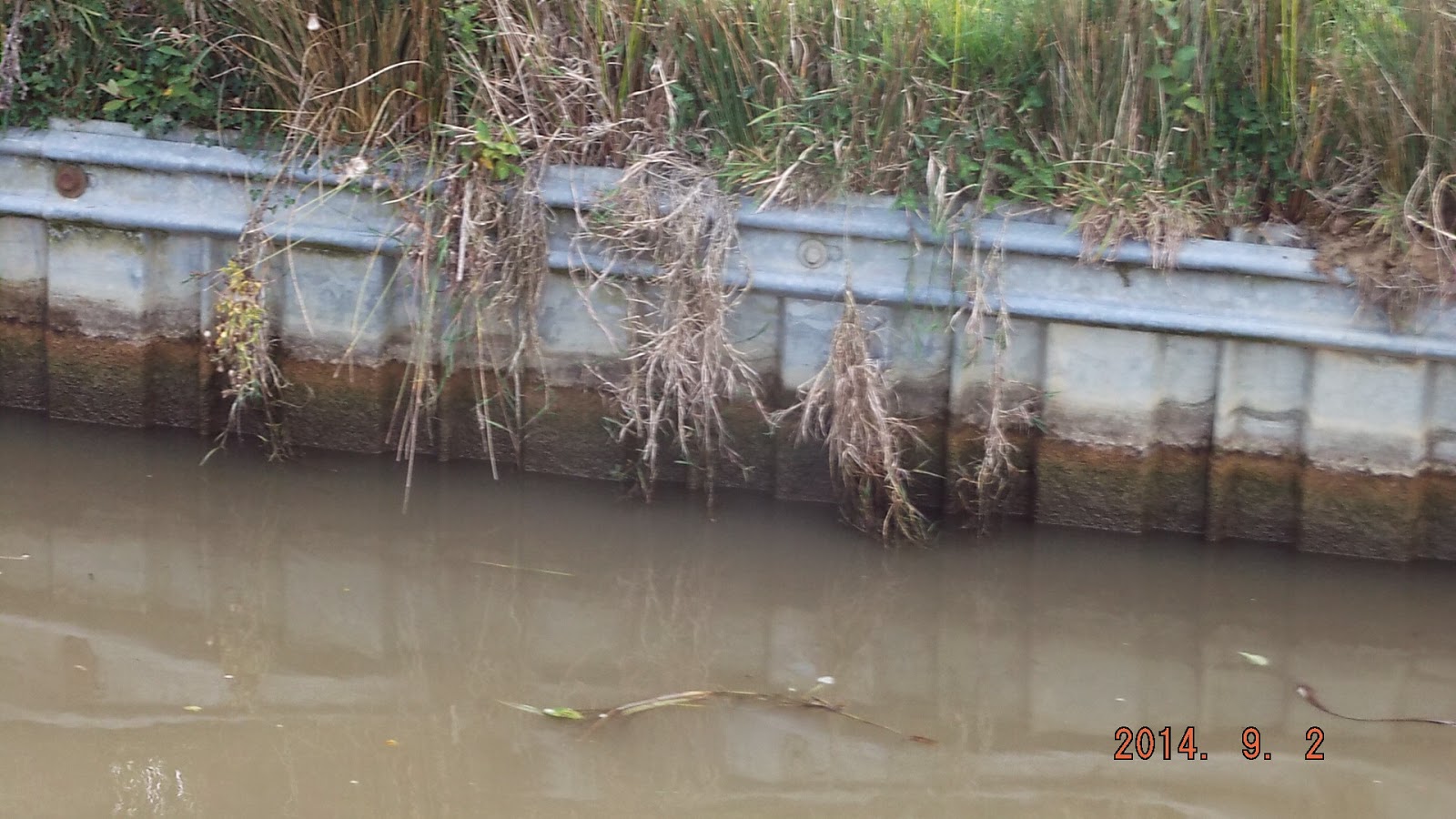 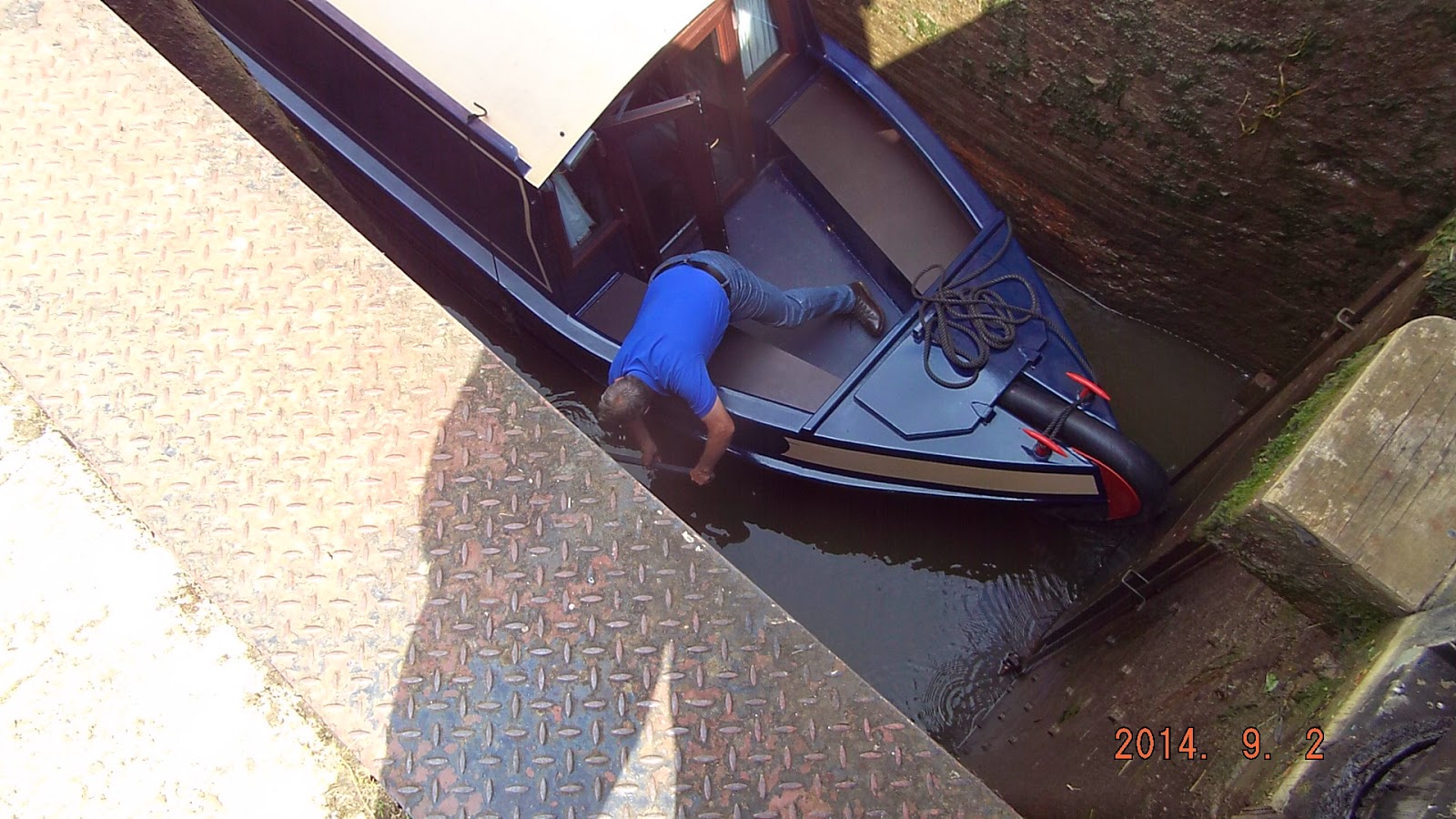 Probably due to this, we had major difficulty getting into Somerton Deep Lock! At 12 foot deep the lock narrows at the bottom and the low pound level becomes crucial for deeper draughted boats like ours. Added to this is that the bottom gate was silted behind and wouldn't fully open - here I am on a helpful boater's bow trying to clear the silt. We got in eventually! 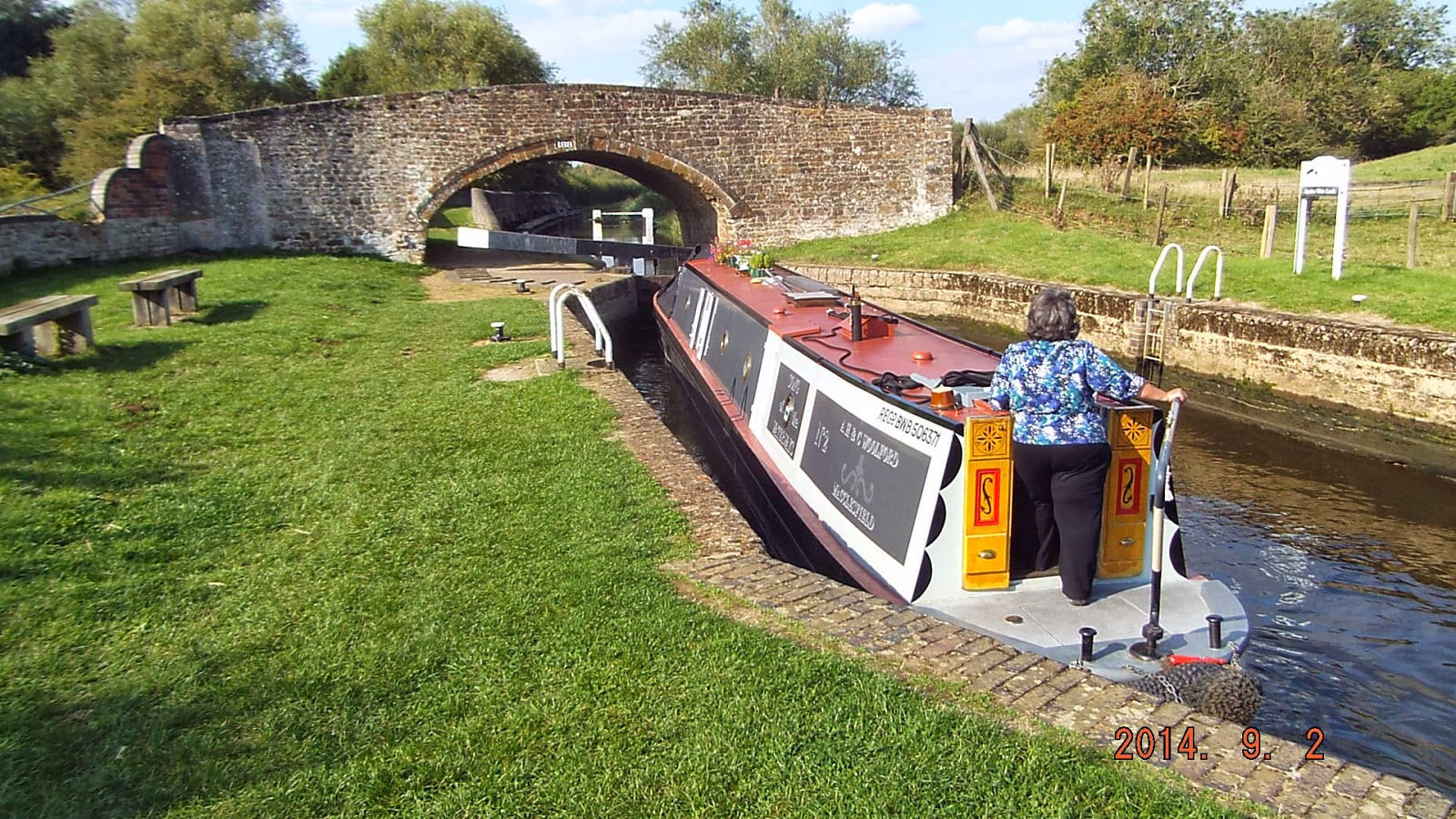 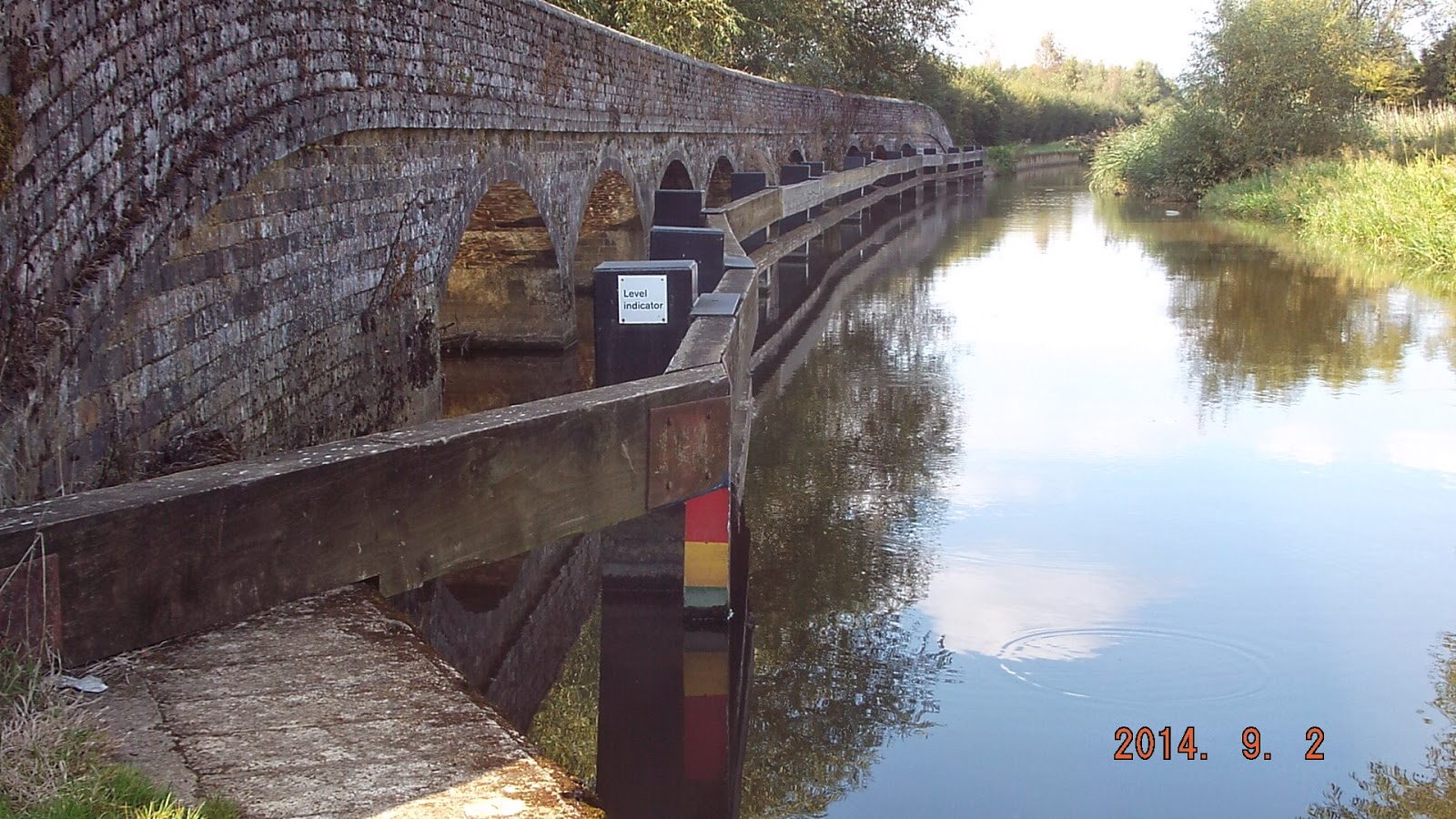 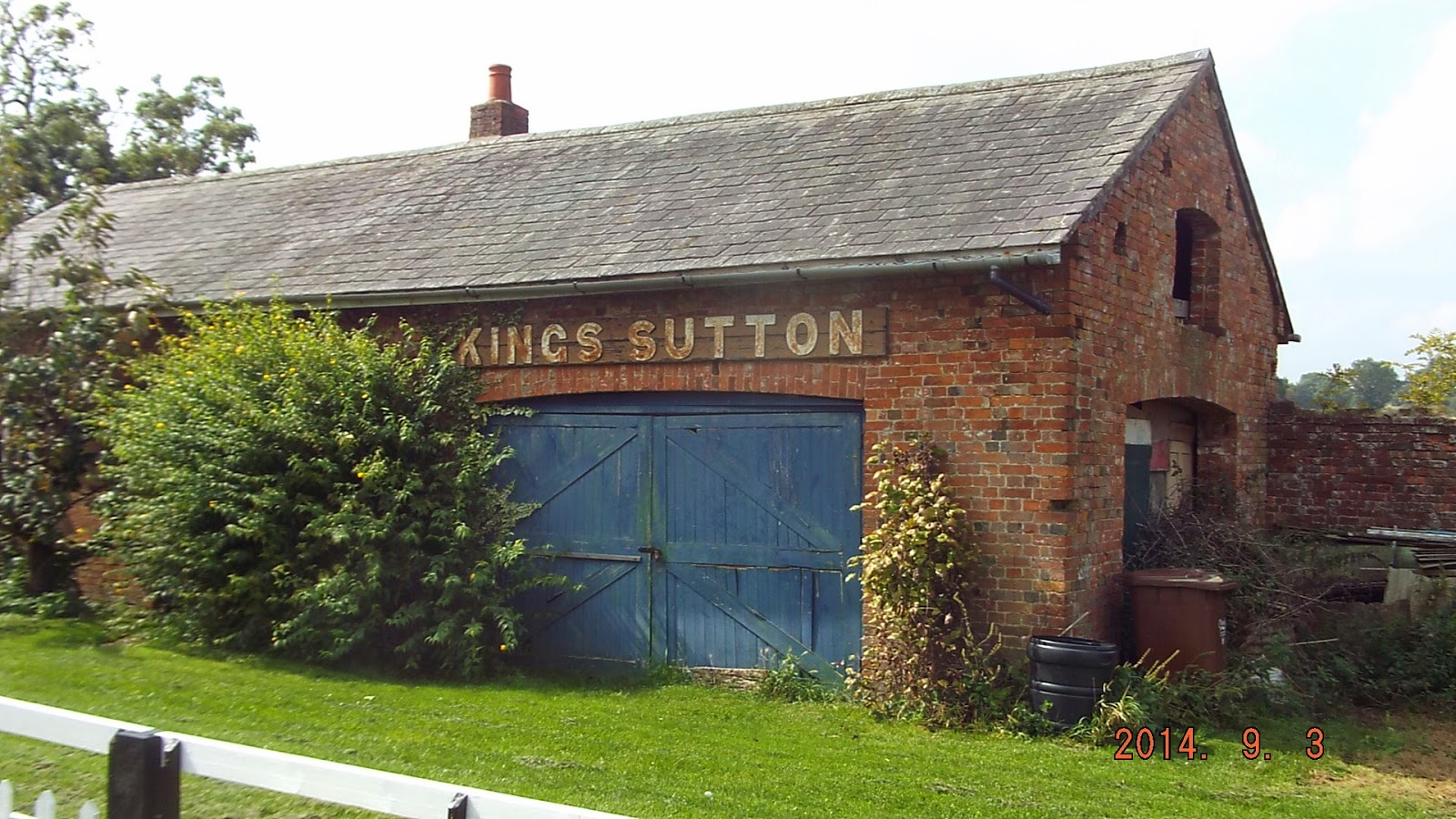 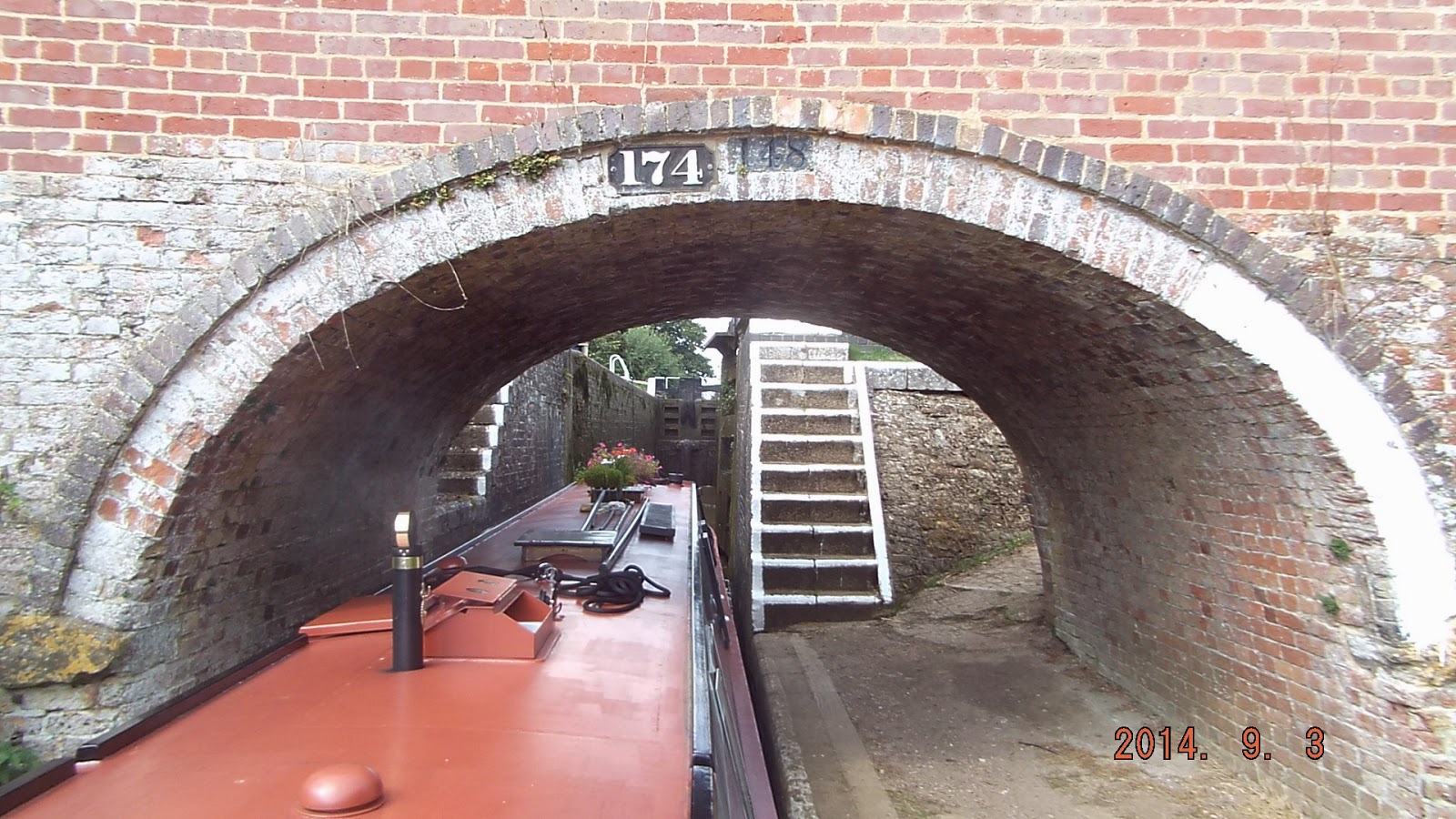 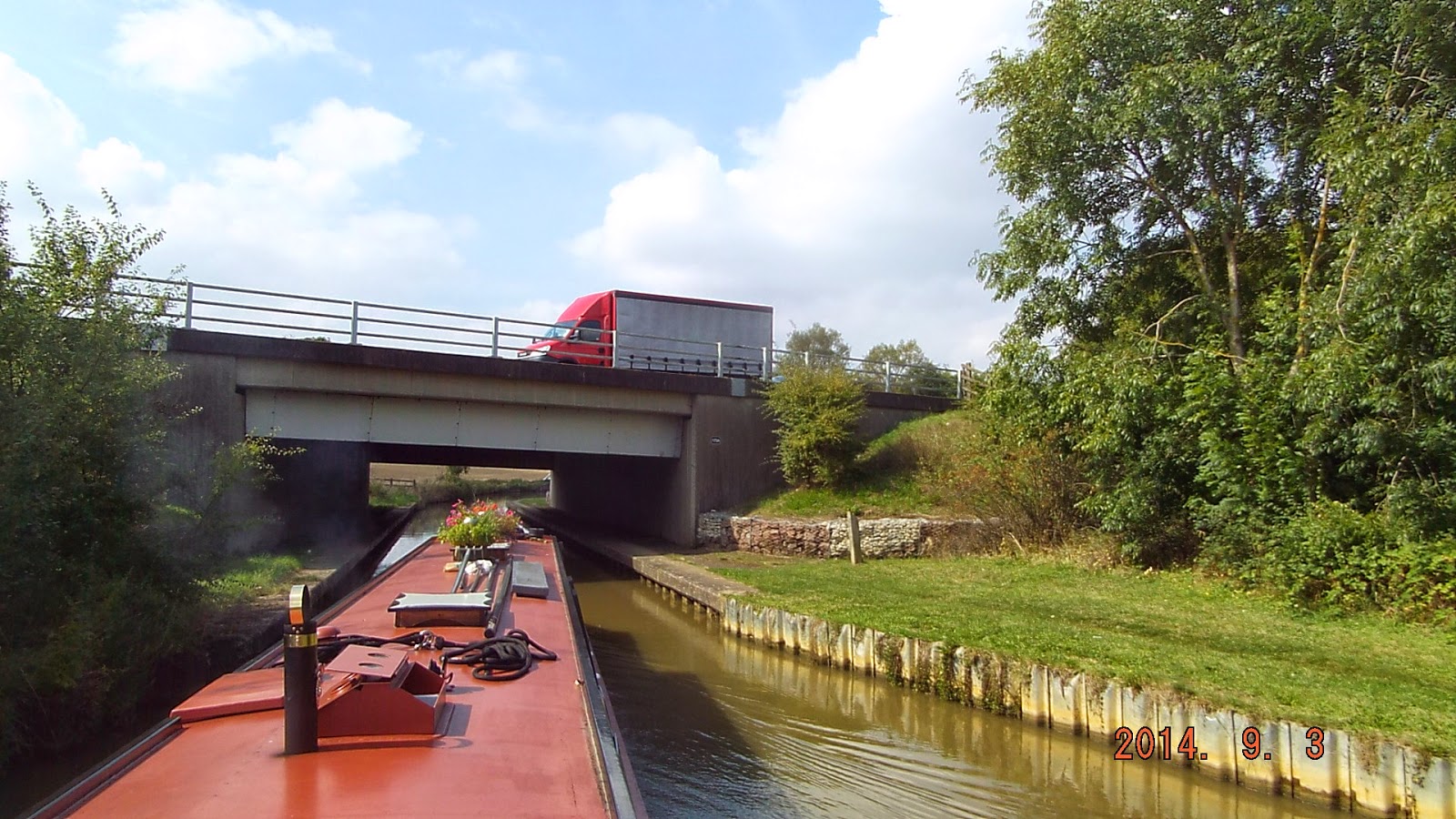 Passing under the M40 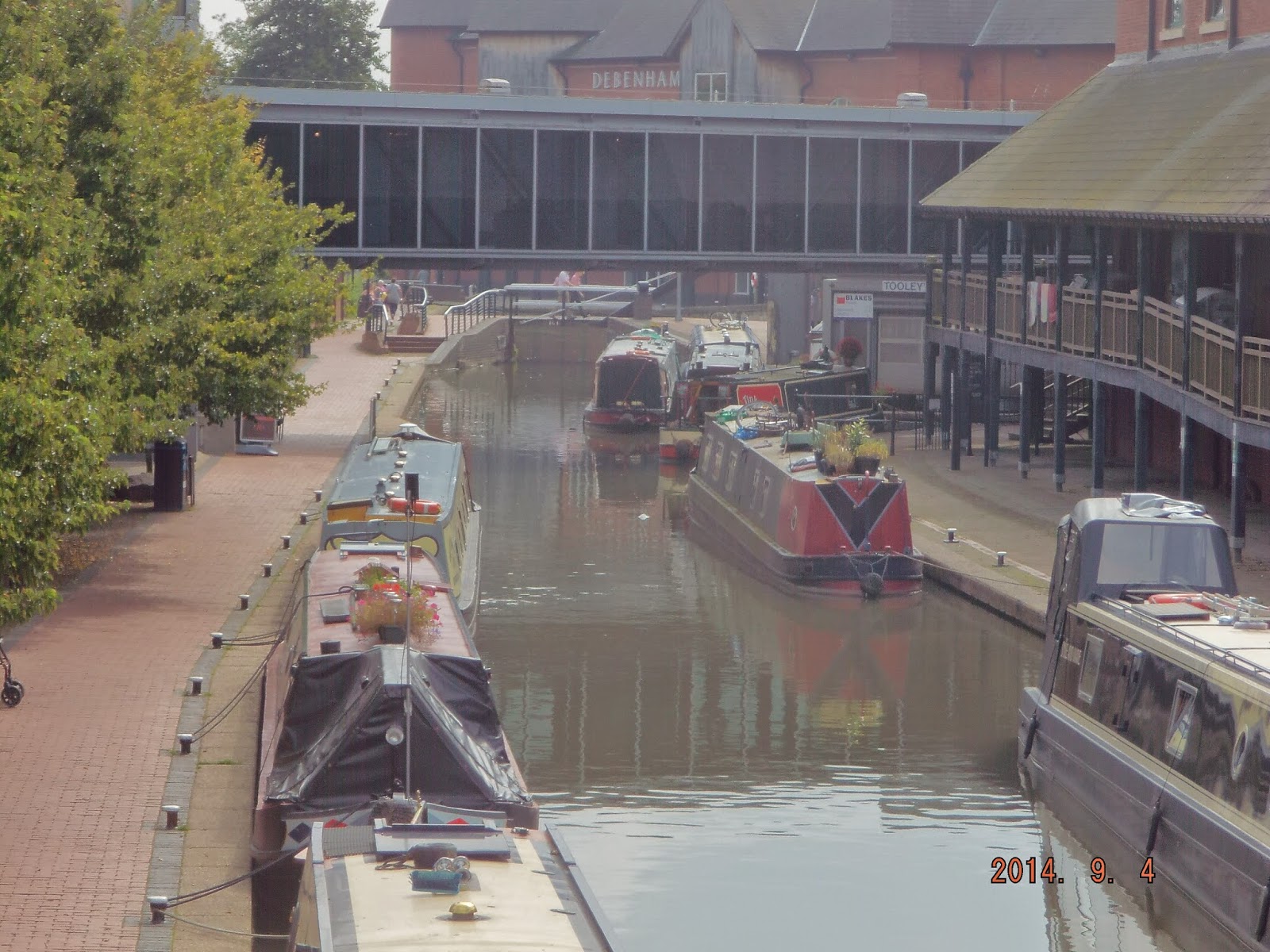 Having got our next supply of shopping at Morrisons at Bridge 168, we moored in Banbury Centre for a couple of days