We set off from Bratch just as the rain was clearing and headed steadily northwards.
Our first lock at Awbridge had ornate brick sides – quite unusual. 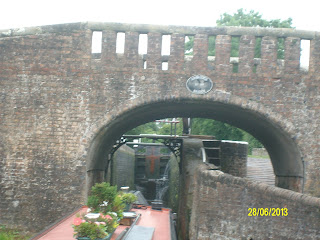 Brick pillars built into the bridge


As has become a tradition, Chris does the first lock. Here she needed to deal with scaffolding added as a H & S feature – this has happened since a boy trsgicallly rode his bike off a tailgate foot bridge in Stourport where there was a limited handrail. 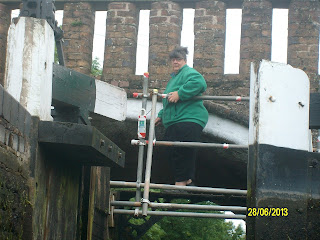 
At a further lock, I had a good look at the cracks in the lock due to movement. Since the lock wall failure on the Wolverhampton flight, there have been several comments on the canal forums about this – including this lock at Dimmingsdale. It is a 9ft lock so takes a fair bit of water. 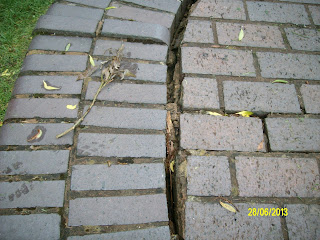 Crack in the brick gate surround 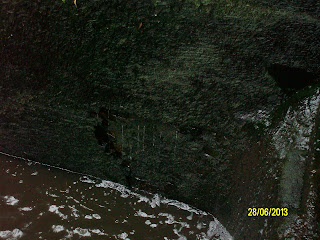 Brick having cracked off in the lower lock wall – this though looks quite old?


We then came up to the Compton Lock, which is reputed to be the first that the famous canal engineer, James Brindley opened by 1772. 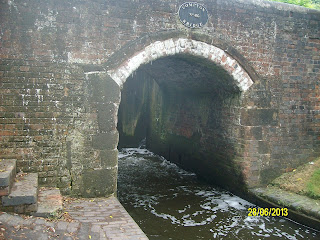 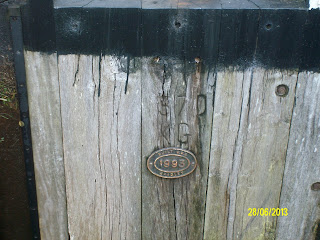 Bottom lock gates are 20 years old now – quite a few are older still! 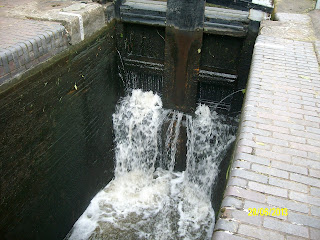 
The next pound (the canal between locks) stretches right up to Gailey some 10.5 miles further. It seems this stretch is prone to rainwater surges and the Waterways have built a long overflow here. 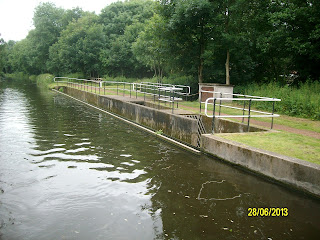 
We then reached Autherley Junction, our turning point to head back to home waters.


This is the start of the Birmingham and Liverpool Junction Canal opened in 1835 to join the existing Chester Canal at Nantwich (completd 1779). This gave the canal companies a direct route from Liverpool to Birmingham and the Midlands- and west to the River Severn at Stourport and Gloucester Docks.


By 1845, the canal companies had amalgamated to become the Shropshire Union Railways and Canal Companies – and this stretch heading north is known as 'The Shroppie'. 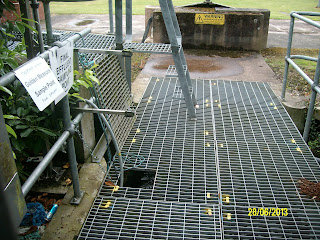 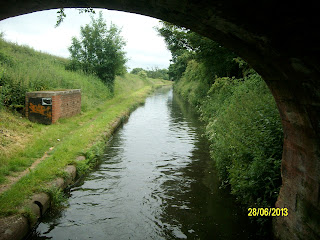 'The Narrows' at Bridge No.6 Lower Hattons Bridge – cut in a sandstone bed, ther eis only room for one boat here 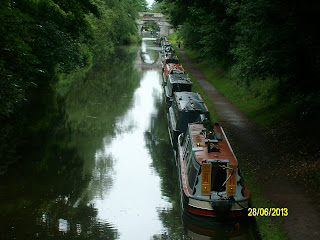 Our overnight mooing at Brewood – not that good really as no TV or internet and the trees/birds left debris on the roof! Still, went shopping and had a real ale pint!
Posted by Unknown at 02:41