After World War II, the Southern Stratford Canal was impassable (other than by canoe) and pretty derelict - it was kept in water by the owners, the Great Western Railway Company as a source of water for it's steam loco shed at Weston Road in Stratford.
The story of the canals restoration was one of heroic determination by canal pioneers, a vision by the National Trust who took it over, the optimism and hard work of Army, Prison, everyday boaters all led by David Hutchings. We owe him and them a great deal.

The canal was re-opened by the Queen Mother on July 11th 1964.
Just 10 years later the Upper Avon was re-opened as well and so the Avon Cruising Ring was borne.

This 2014 Stratford River Festival celebrated these historic events.
Here are some photos of the event. 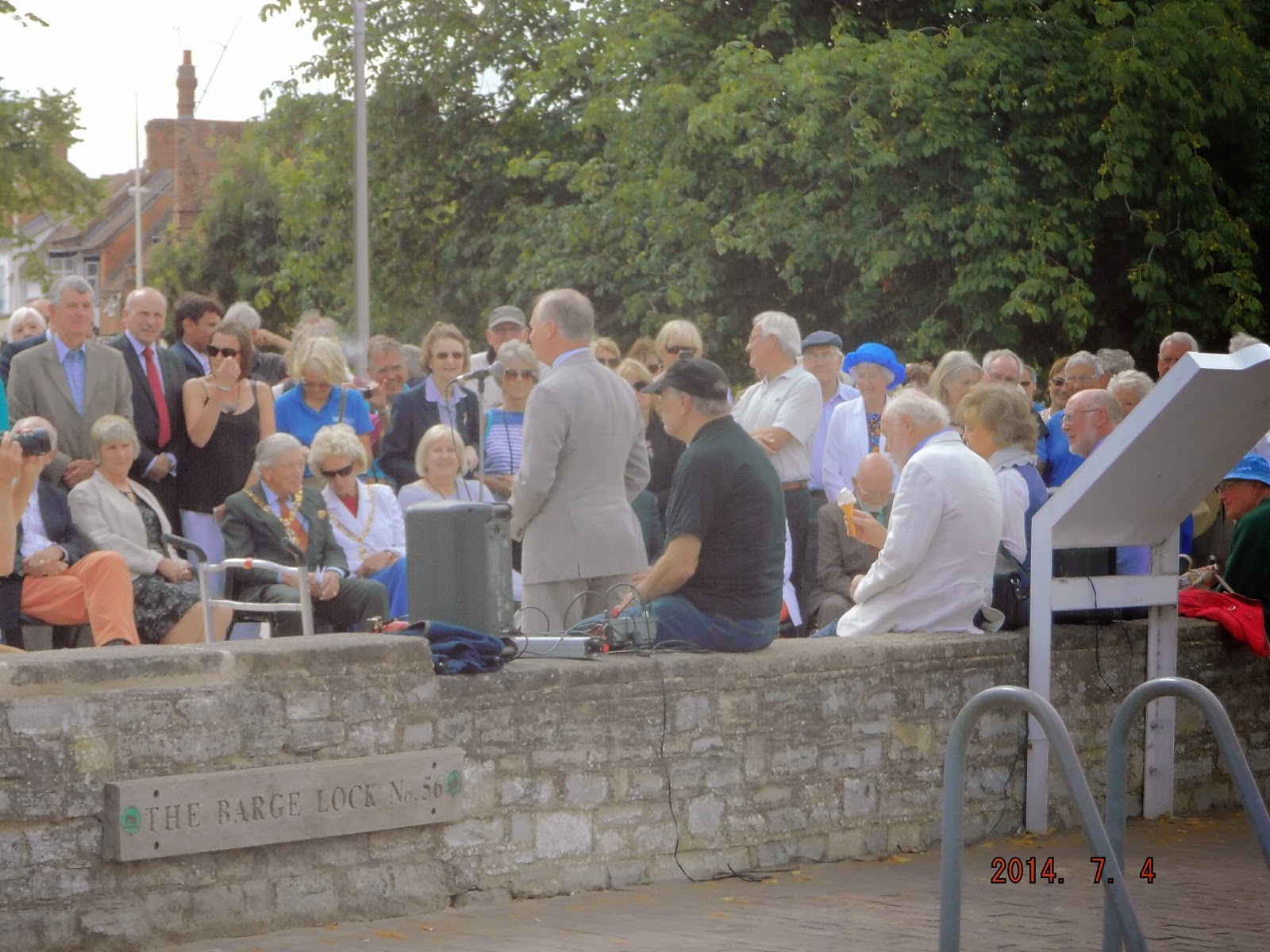 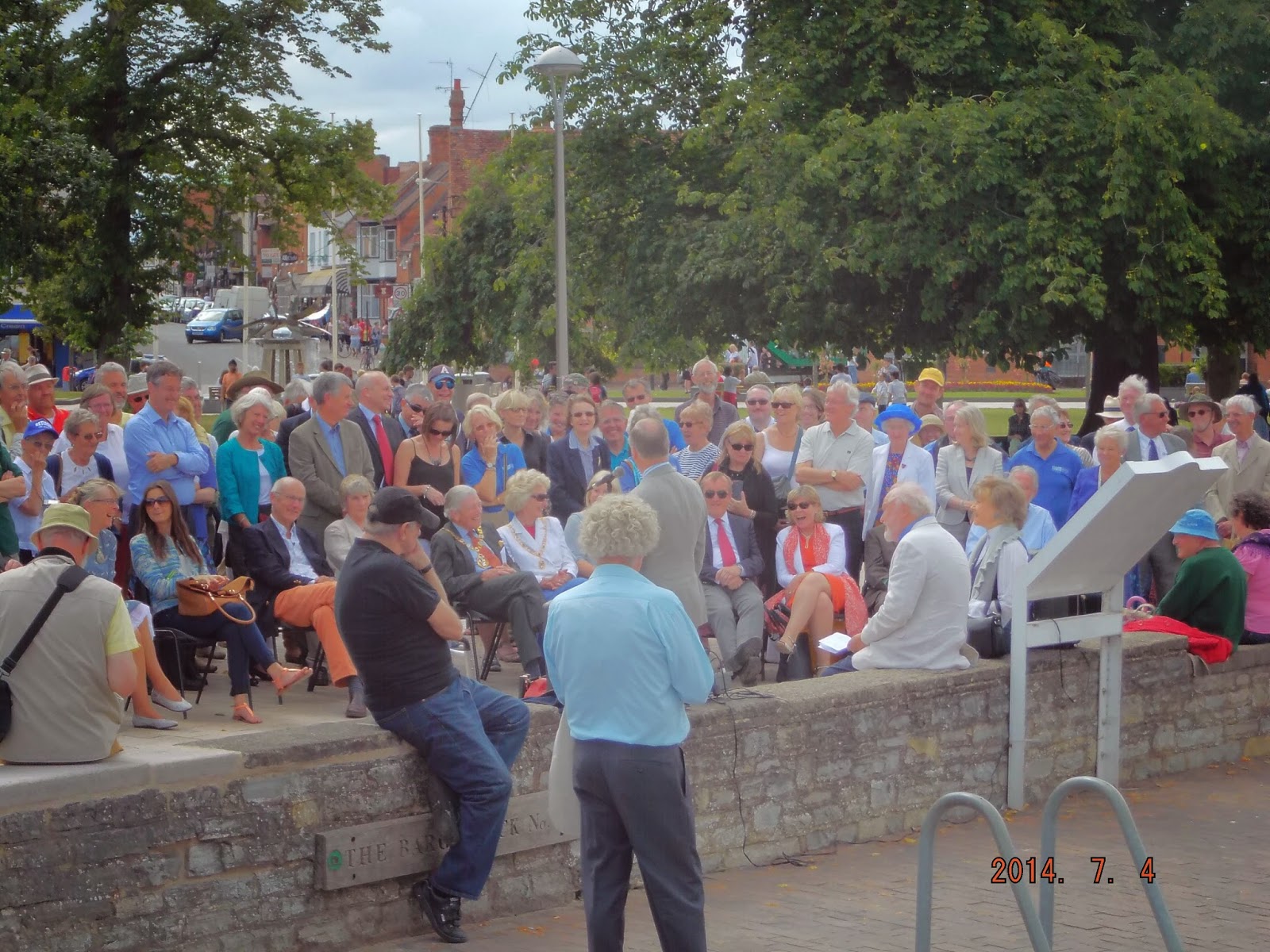 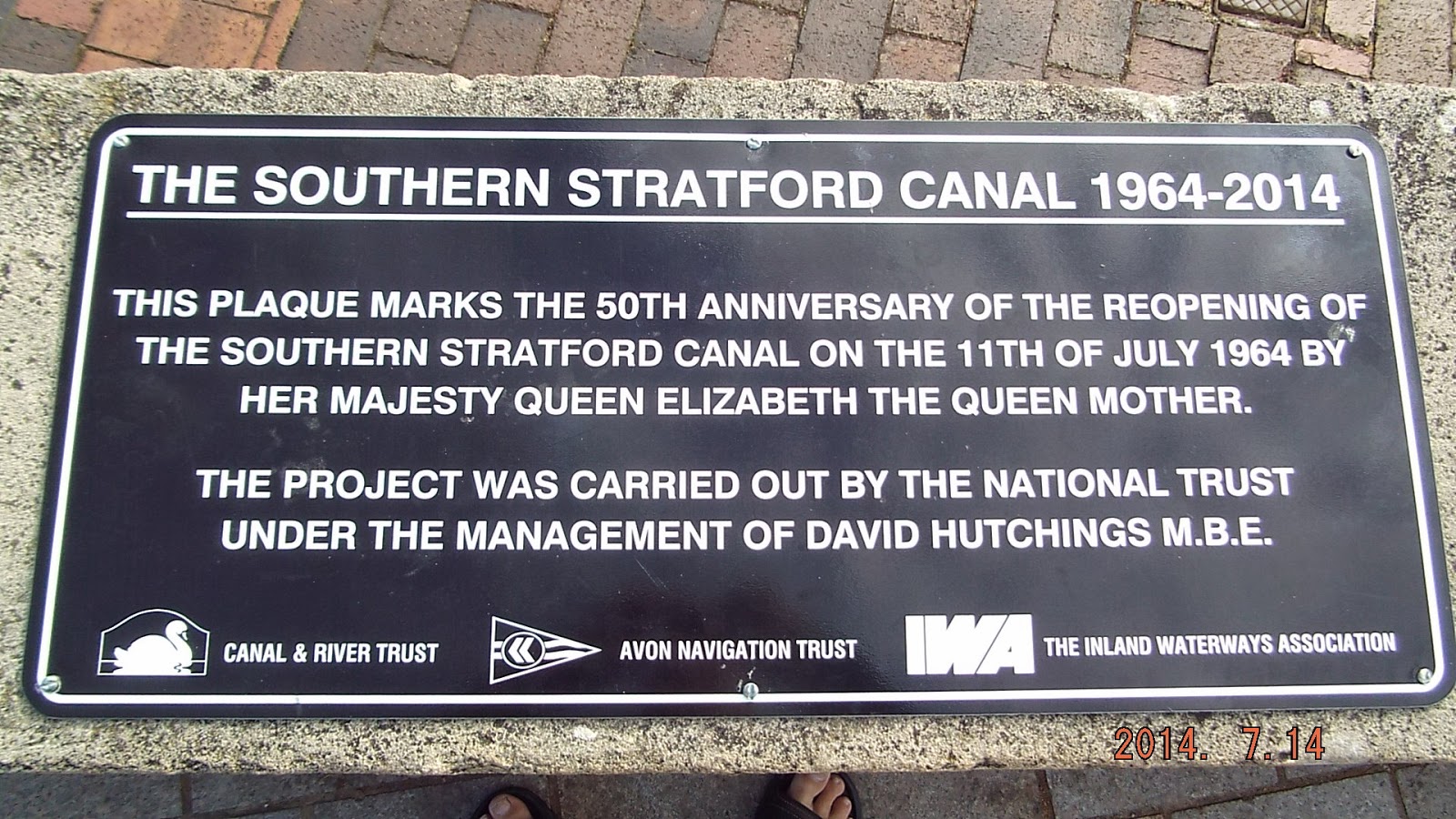 The new plaque celebrating the 1964 Re-opening 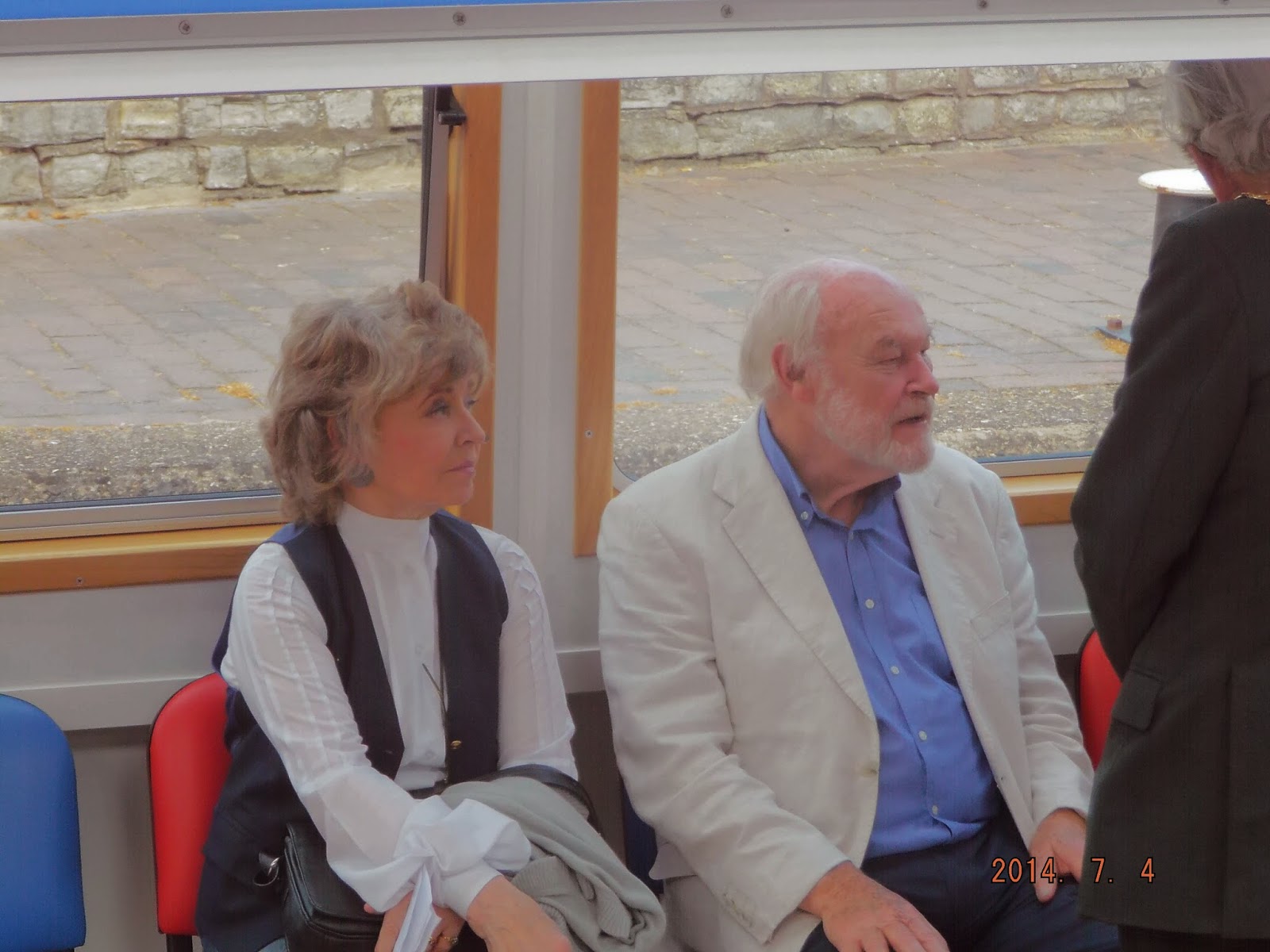 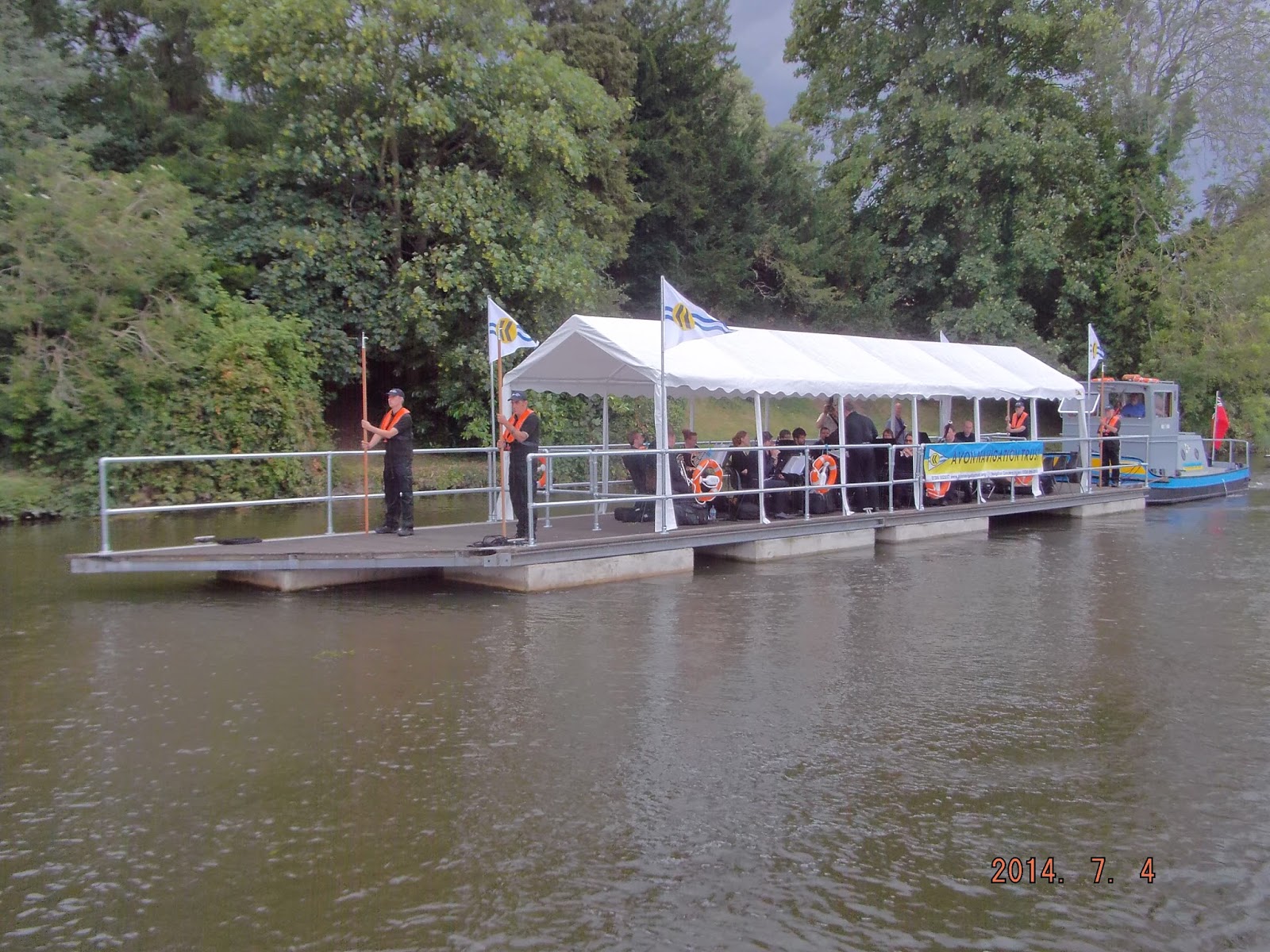 Here the Celebration Orchestra goes past! They helped to make it a very special occasion!
Posted by Unknown at 11:23