In glorious sun, we headed out of Birmingham - or rather back - as we followed the old Brindley 1772 contour twists around the Oozell Street Loop and then the Icknield Port Loop.

Then it was through the very splendid Brindley Place next to the Symphony Hall, Worcester Bar and round the turn onto the Worcester and Birmingham Canal. 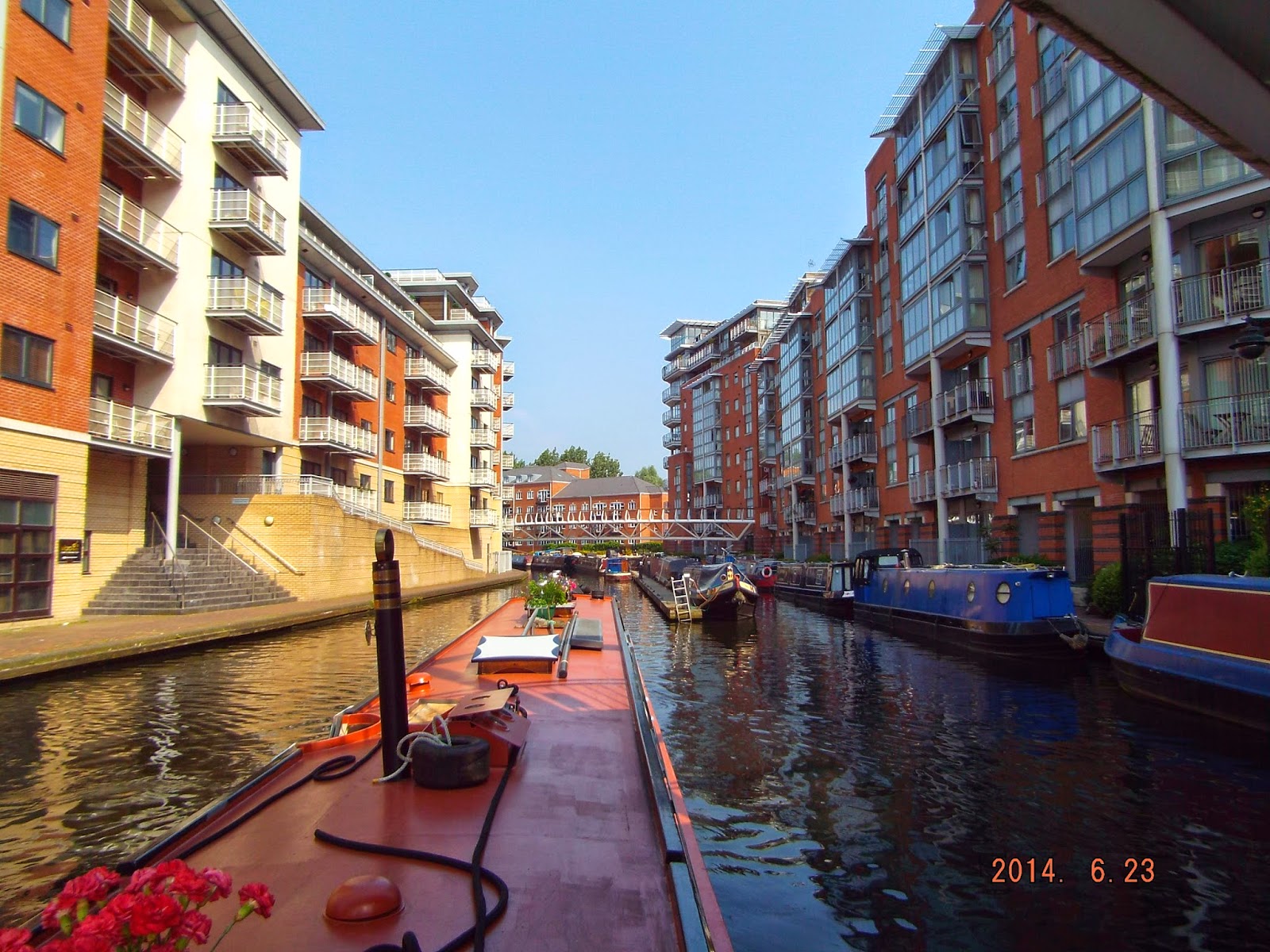 Passing Sherborne St. Wharf in Oozell St. Loop - modern apartments hemming in the canal now, rather than warehouses and factories! 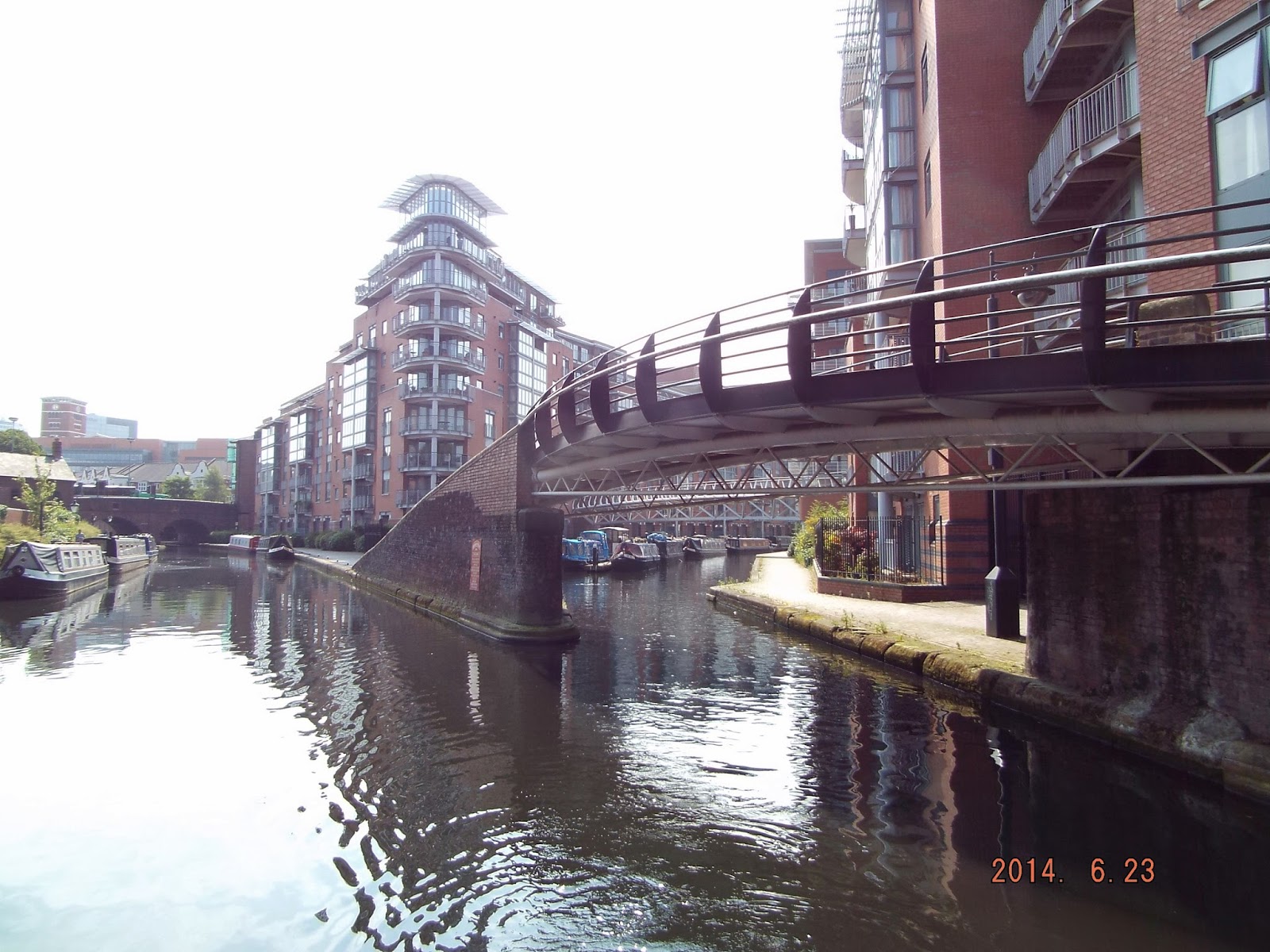 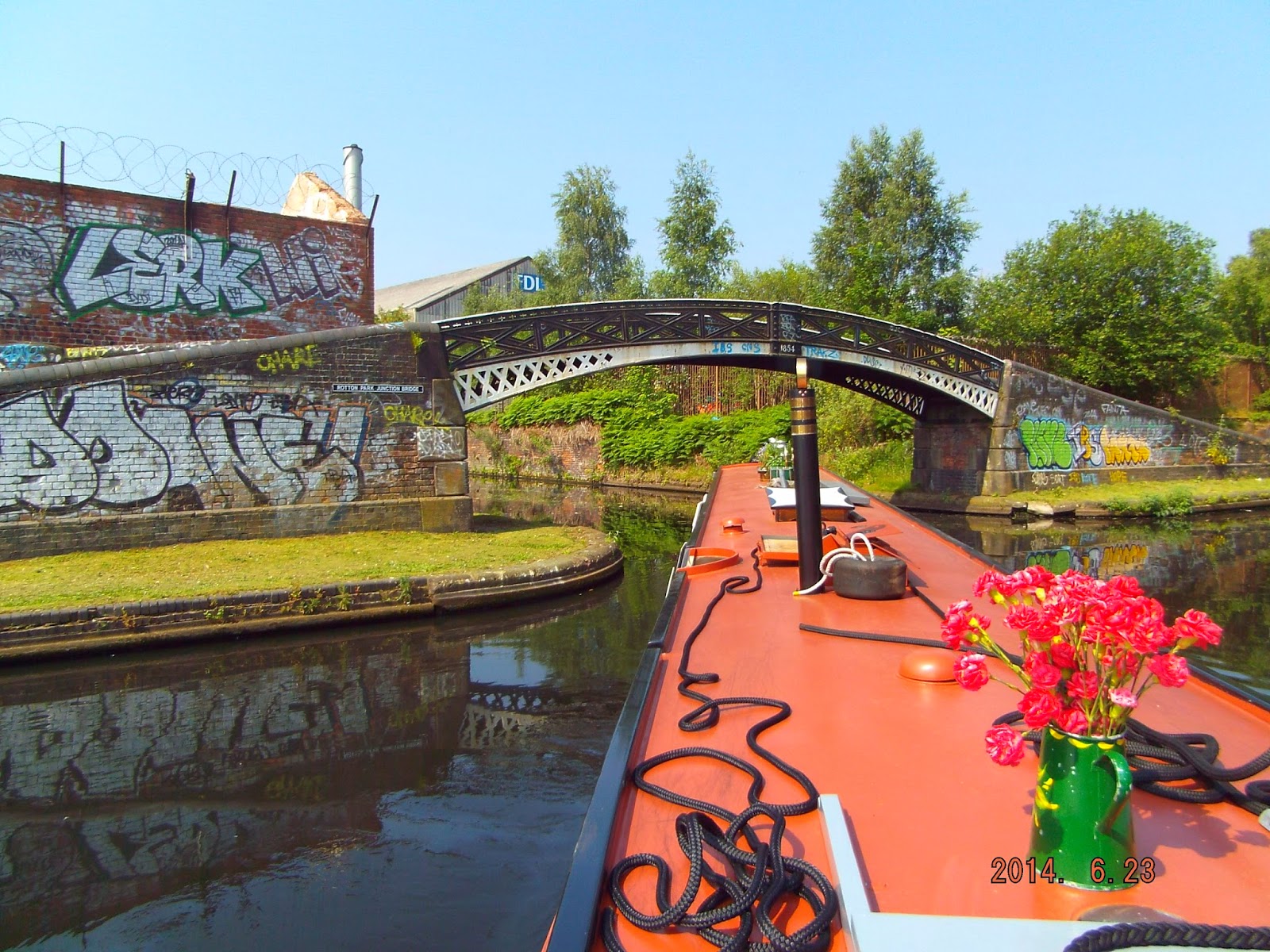 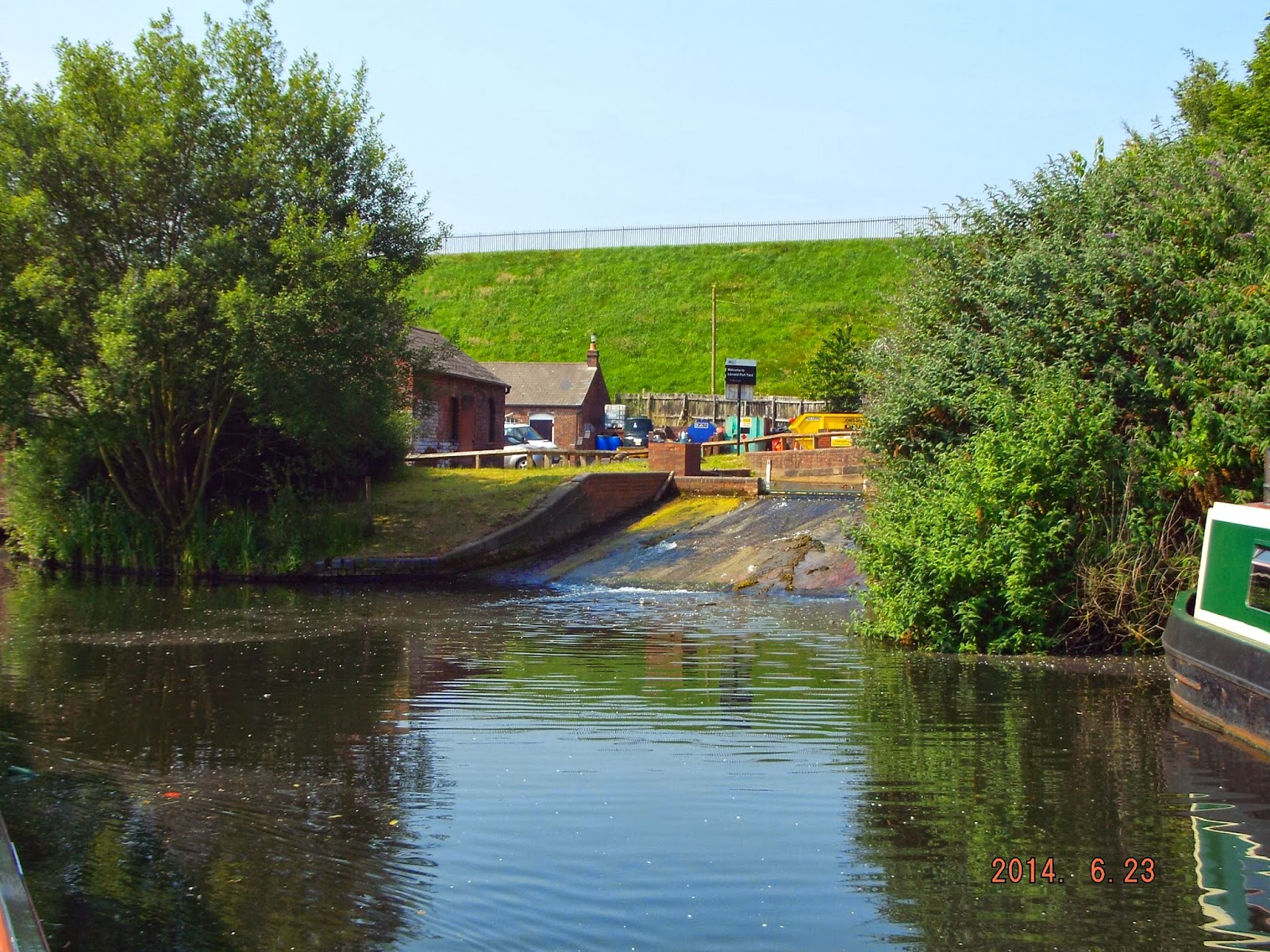 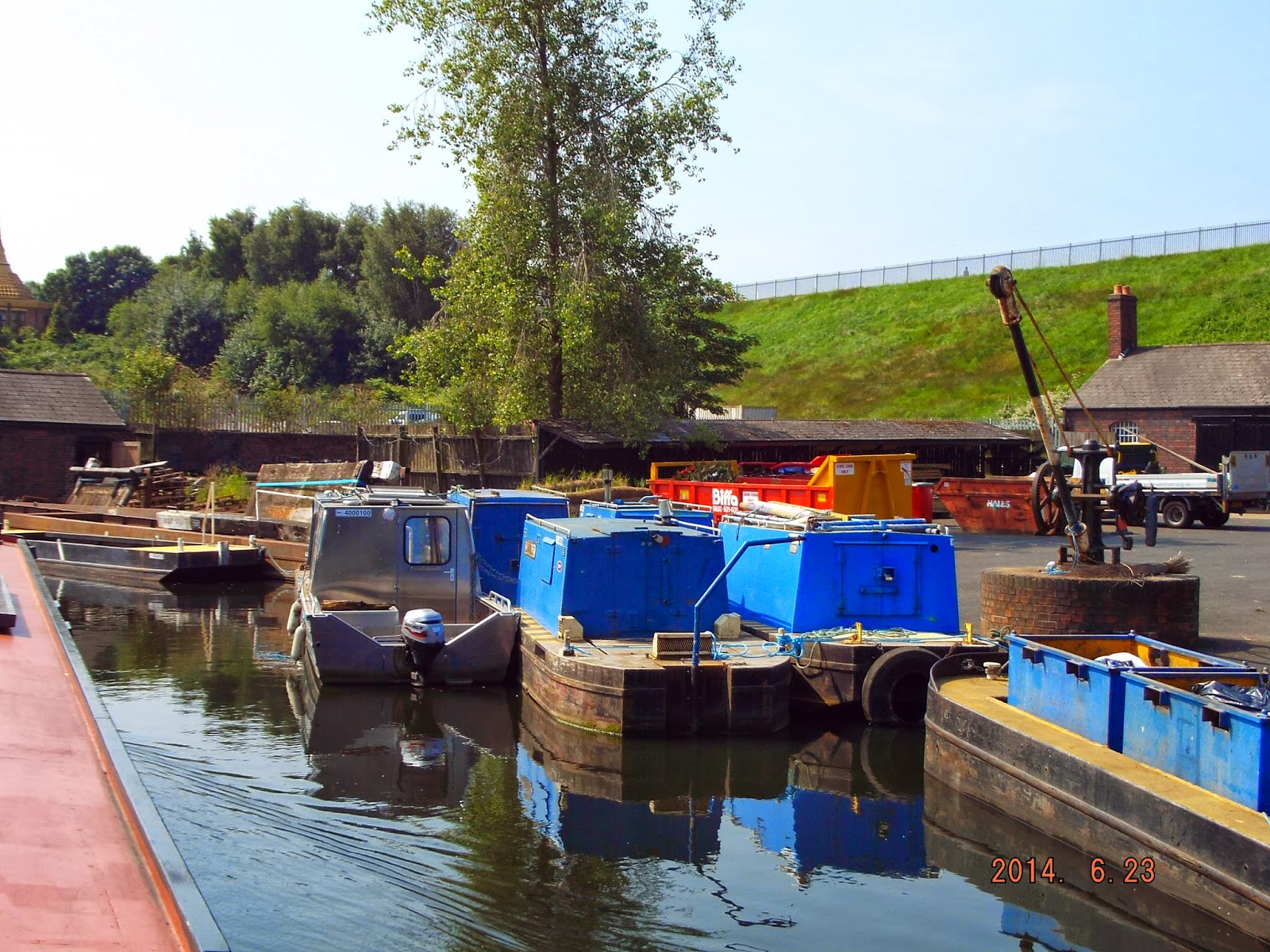 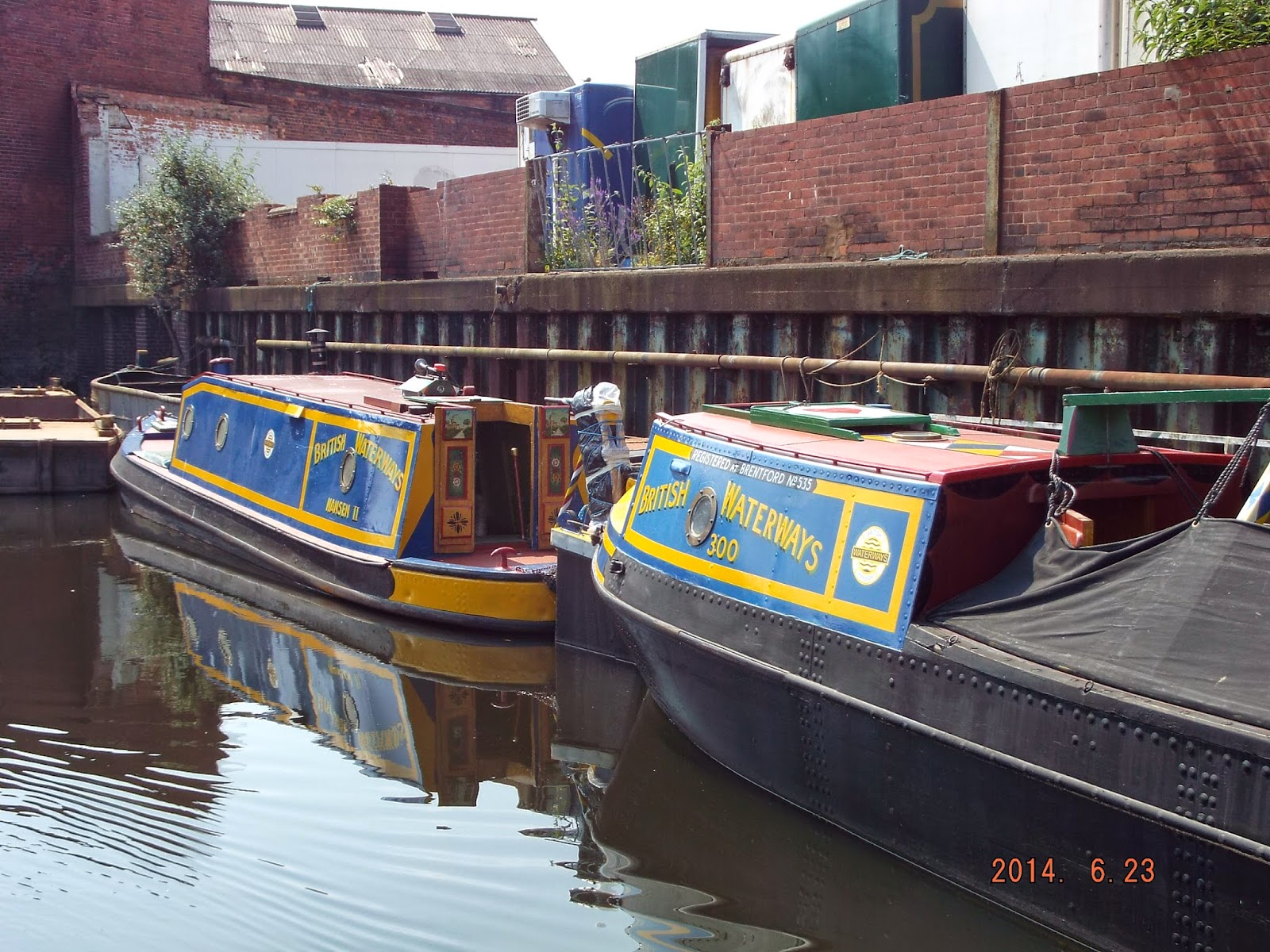 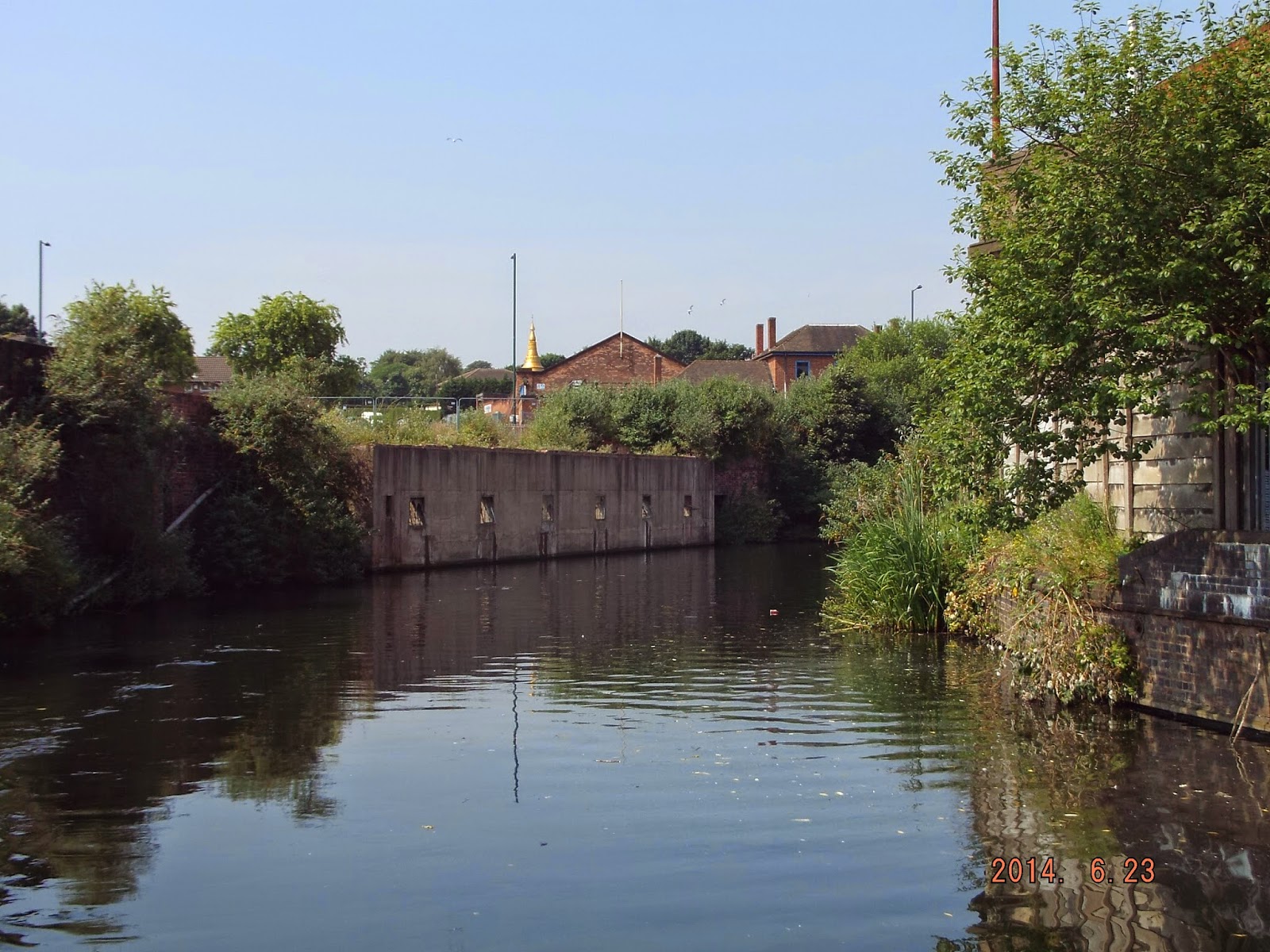 Originally the course of the 'old' Brindley Canal, we twist and turn 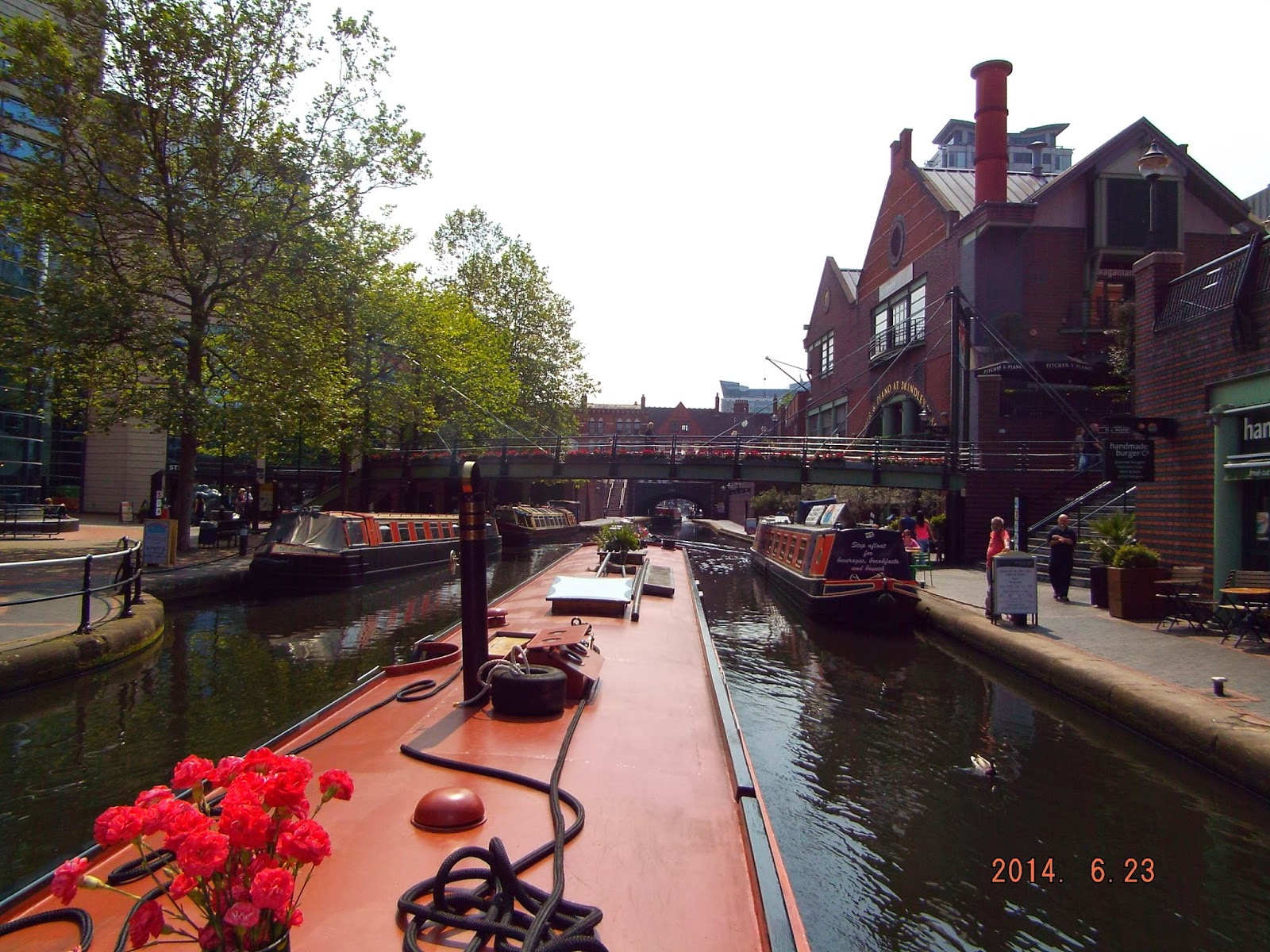 Back on the Main Line, facing south along the wonderful Brindley Place by the ICC 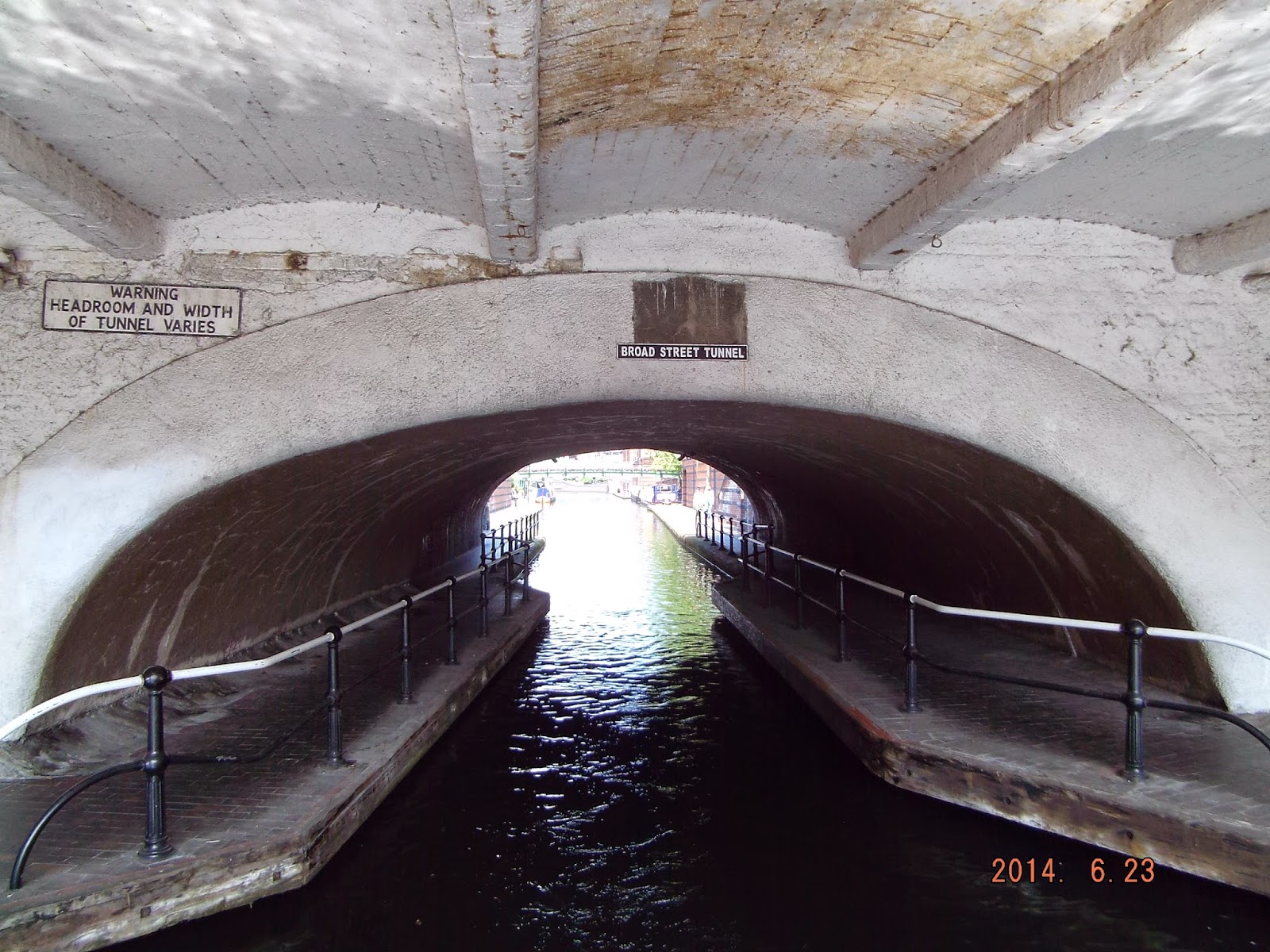 Really a road bridge - now wide enough to be a tunnel! 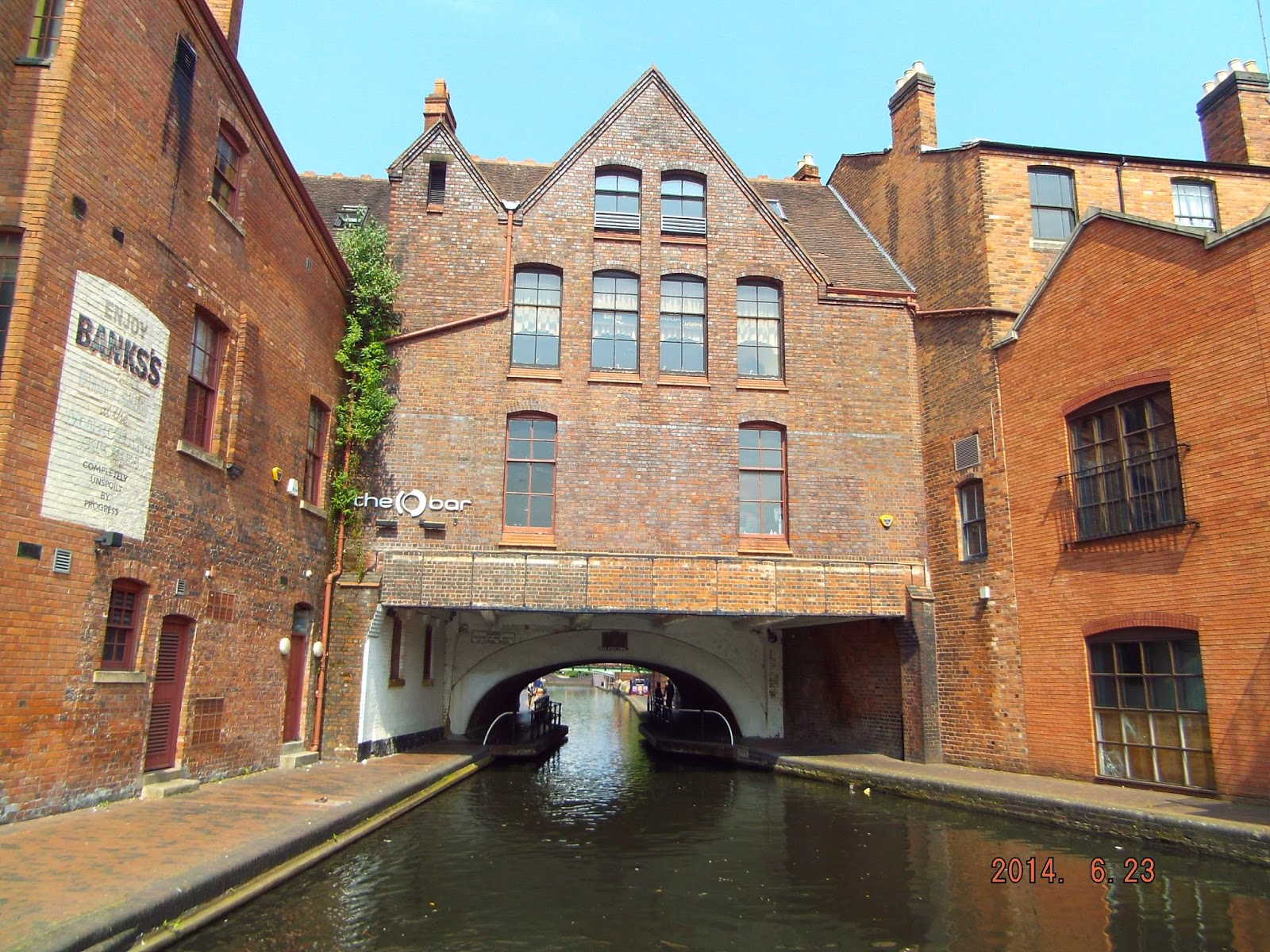 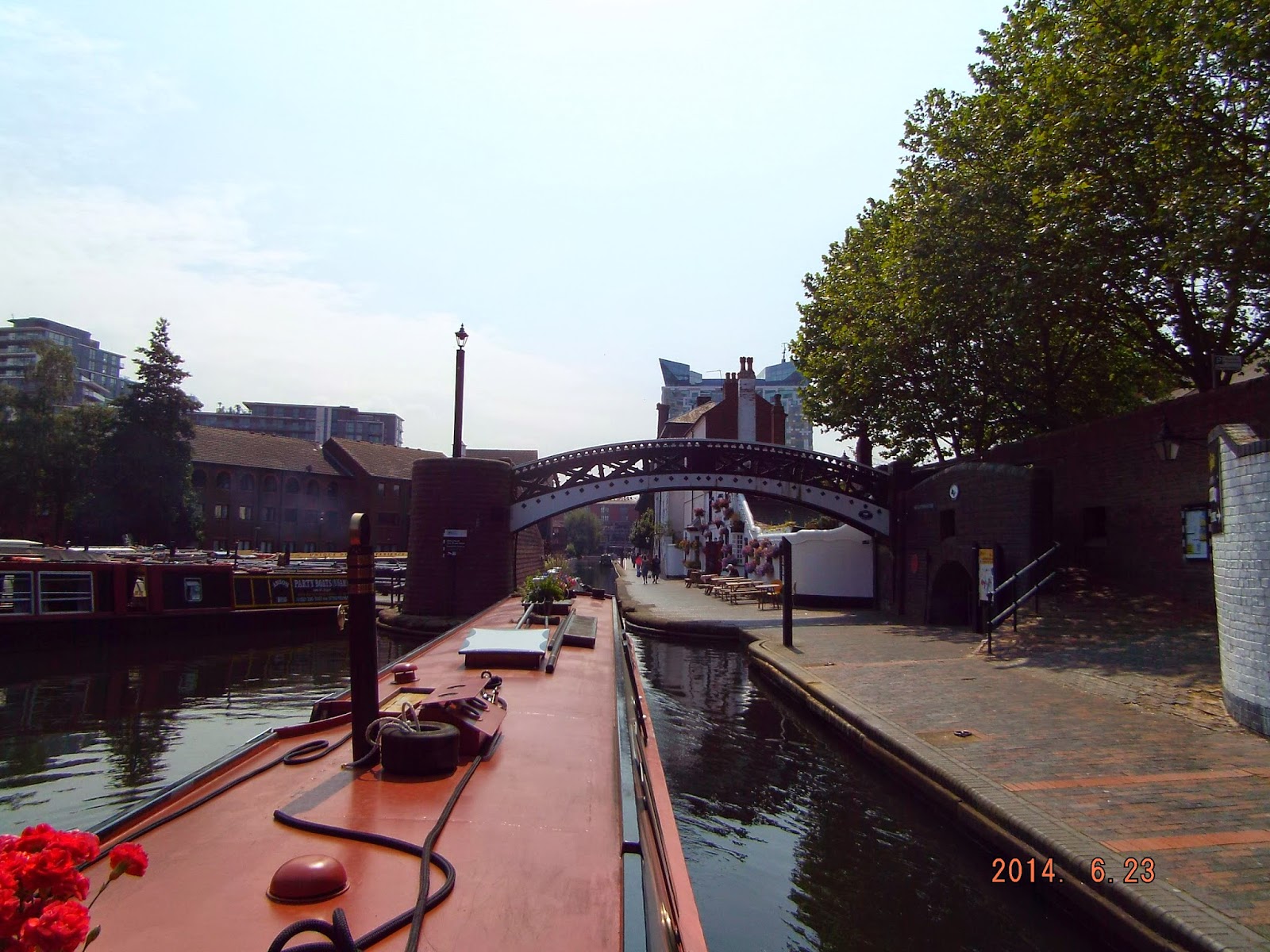 Approaching the famous Worcester Bar - now an open lock.
When the Worcester and Birmingham Canal got it's Bill in 1791, it was opposed by the Birmingham Canal Company who got a clause preventing the new Navigation coming within 7ft of their water. The famous Bar resulted with goods being transhipped across from one canal to another - it was eventually opened as a stop-lock in 1815!
There is an excellent café/bar on the waterfront here - I tested the Sharp's Doombar on several occasions over the weekend! 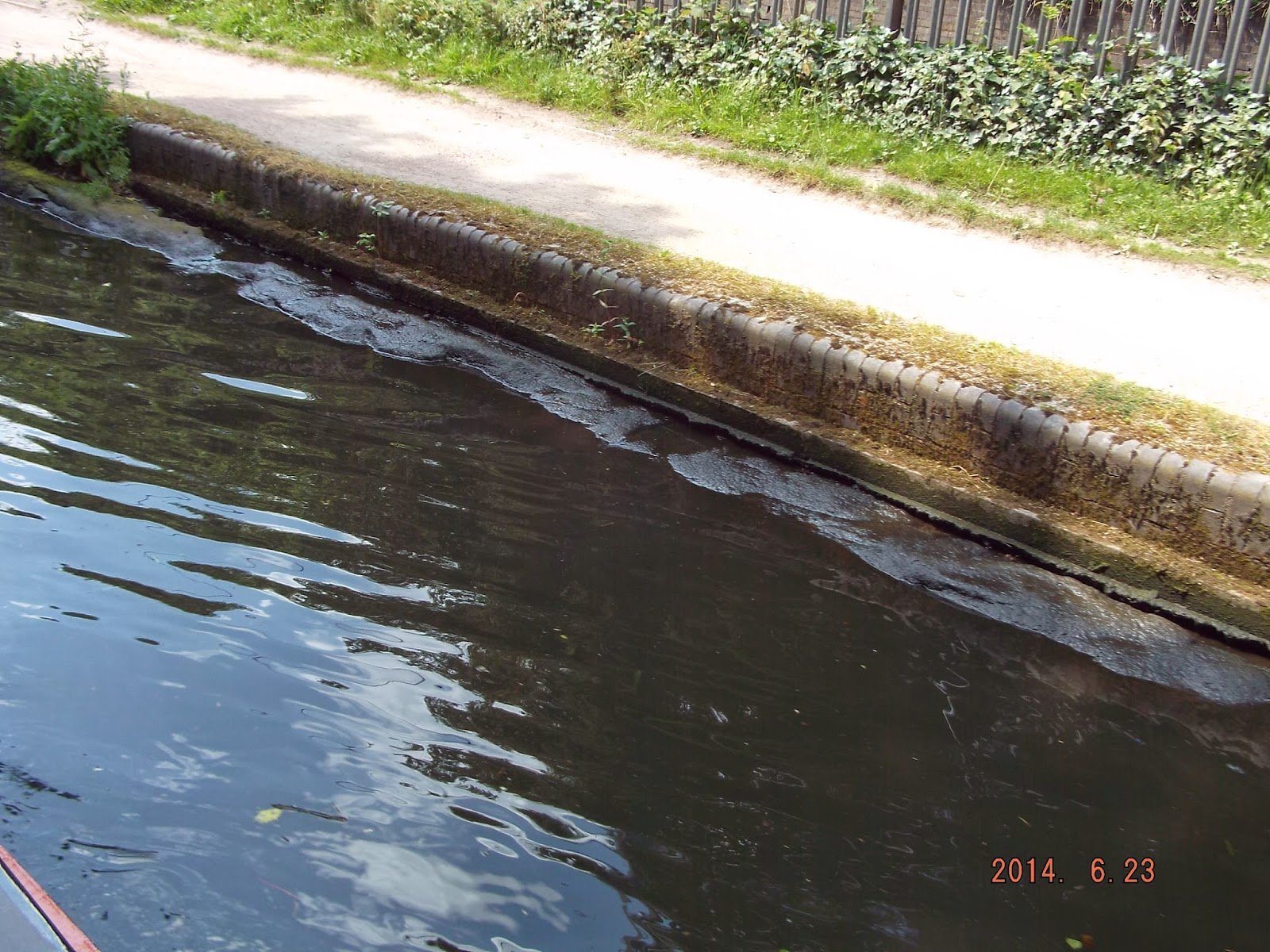 Now heading south on the Worcester and Birmingham, we made good time with a reasonable depth - despite the level being down a 2 or 3 inches after the weekend.
Don't go too close to the edge! 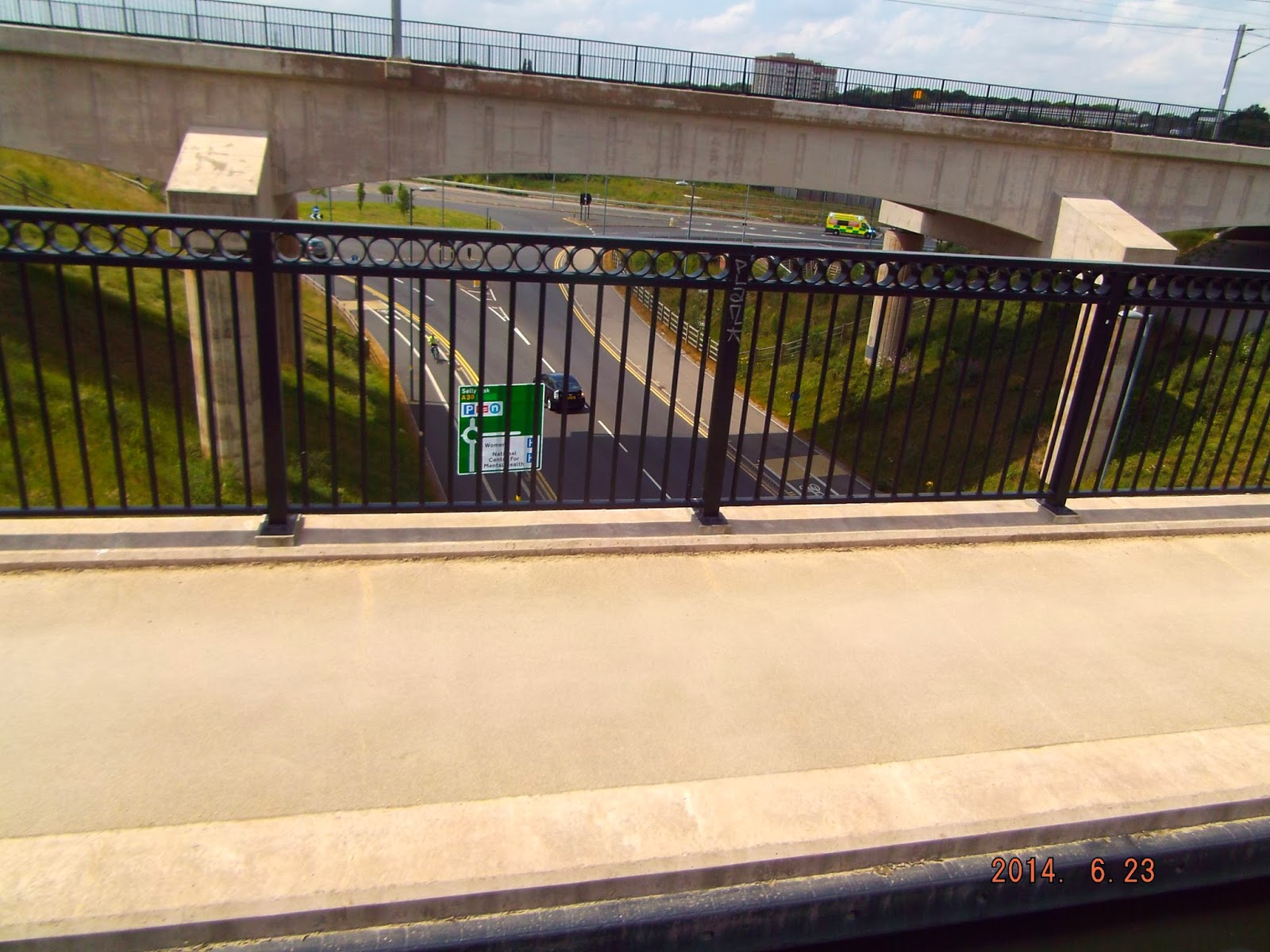 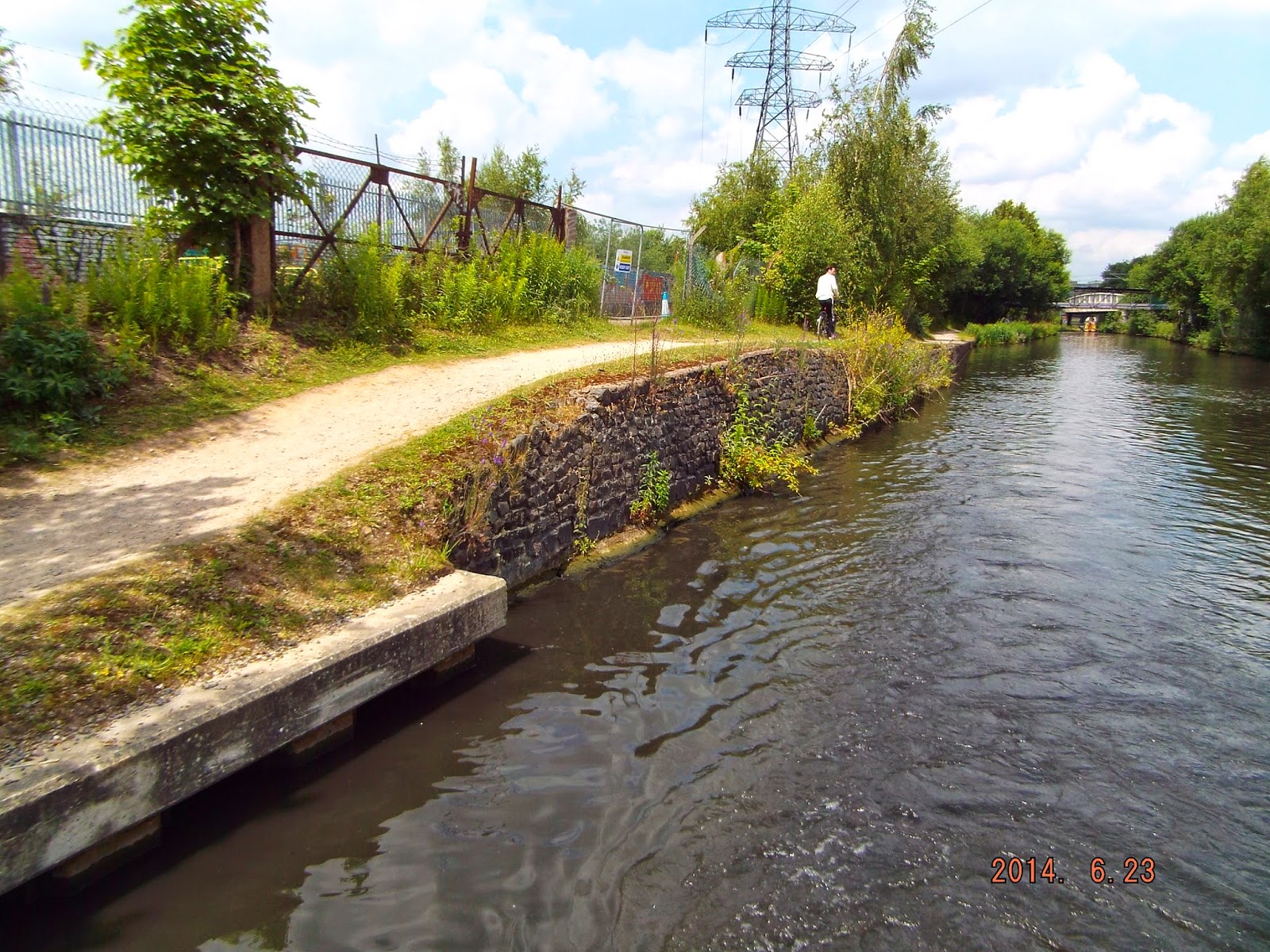 The original junction with the Dudley No.2 Canal through from the collapsed Lapal Tunnel - ever optimistic, I understand there are plans for reinstatement?! 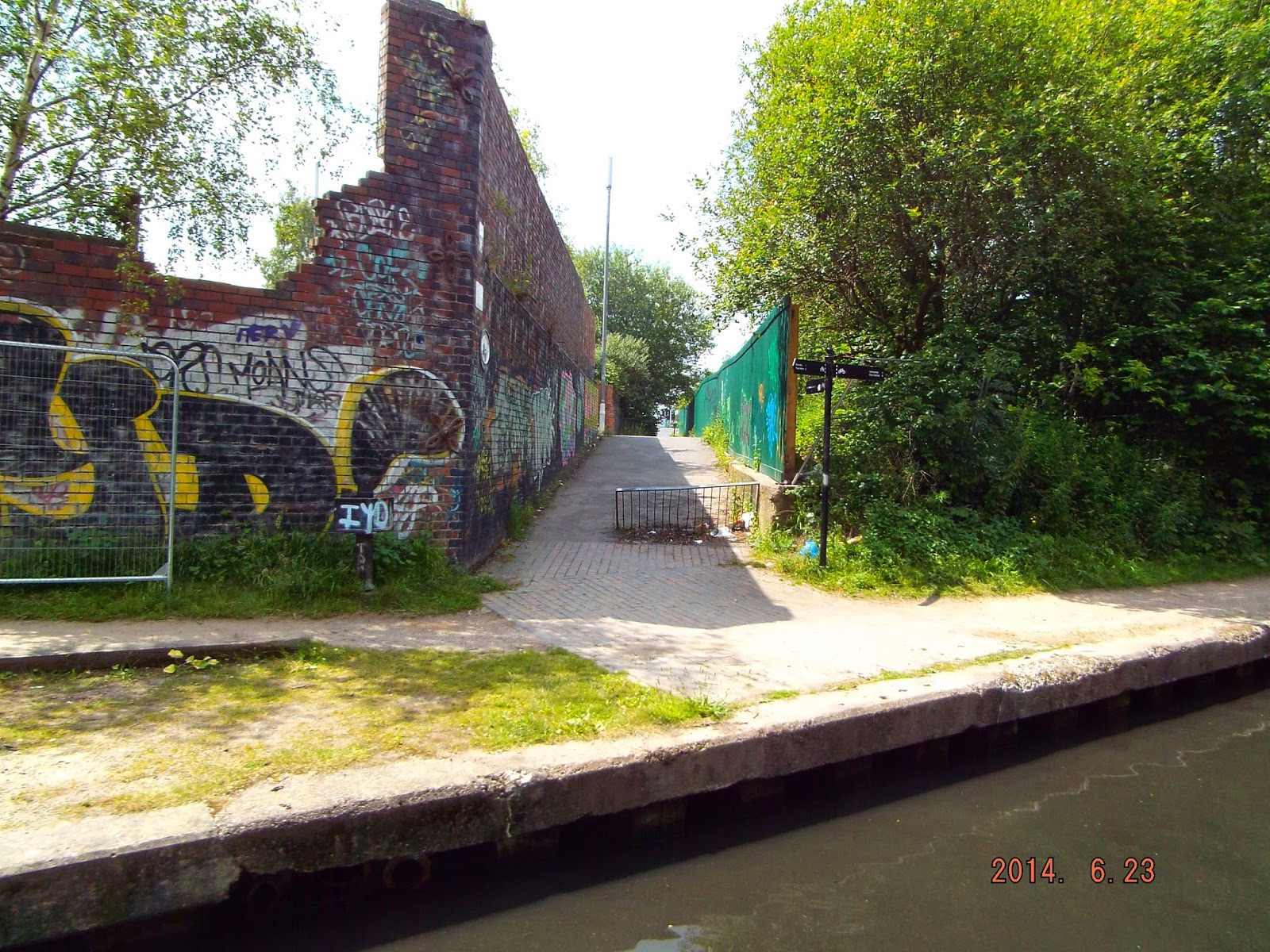 On an historical note - our children may remember our first ever trip along here on our first boat 'Alcantara'  in 1992 - we rolled over a submerged car that had obviously come down the path! 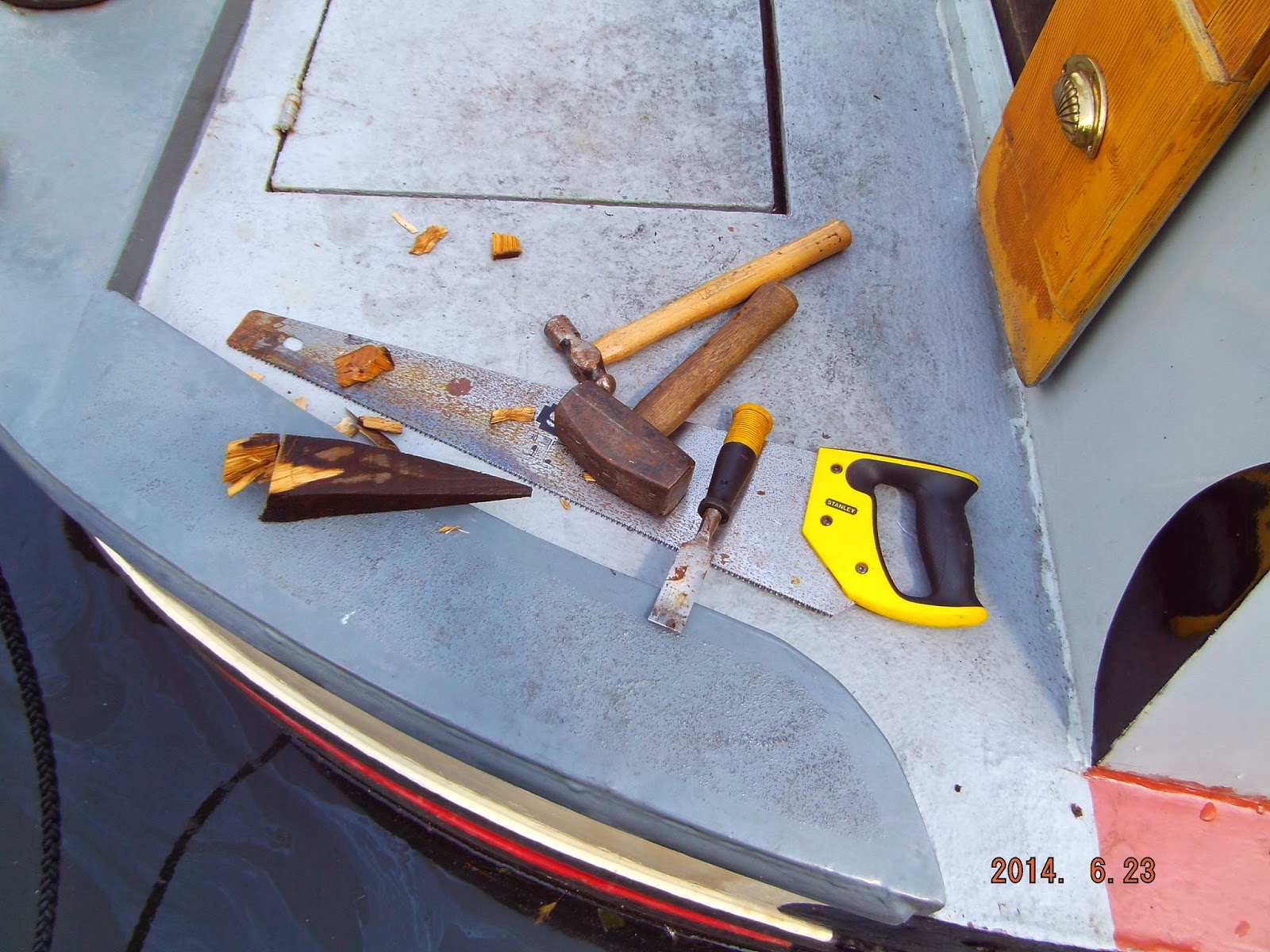 The BANG - we stalled! Managing to get over to the towpath - I spent an hour down the weed hatch cutting out a hardwood stake that was just the right (wrong) size to get caught between the propeller and the counter. The propeller was absolutely wedged solid.
Fortunately, I carry a selection of tools on the boat - here not your usual weedhatch ones!
All seemed well as we set off again! 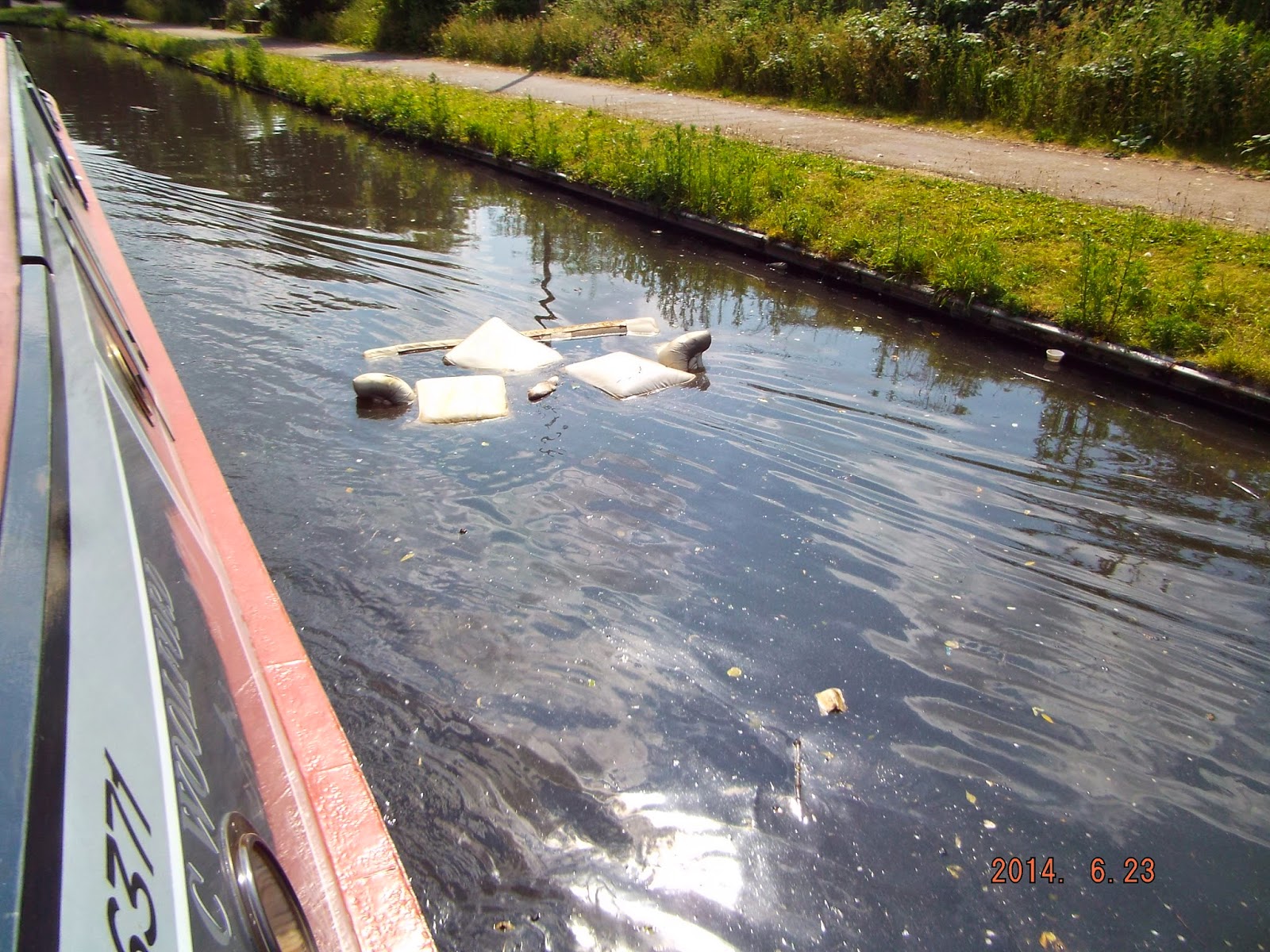 A bad case of rising damp? An old settee is carefully avoided! 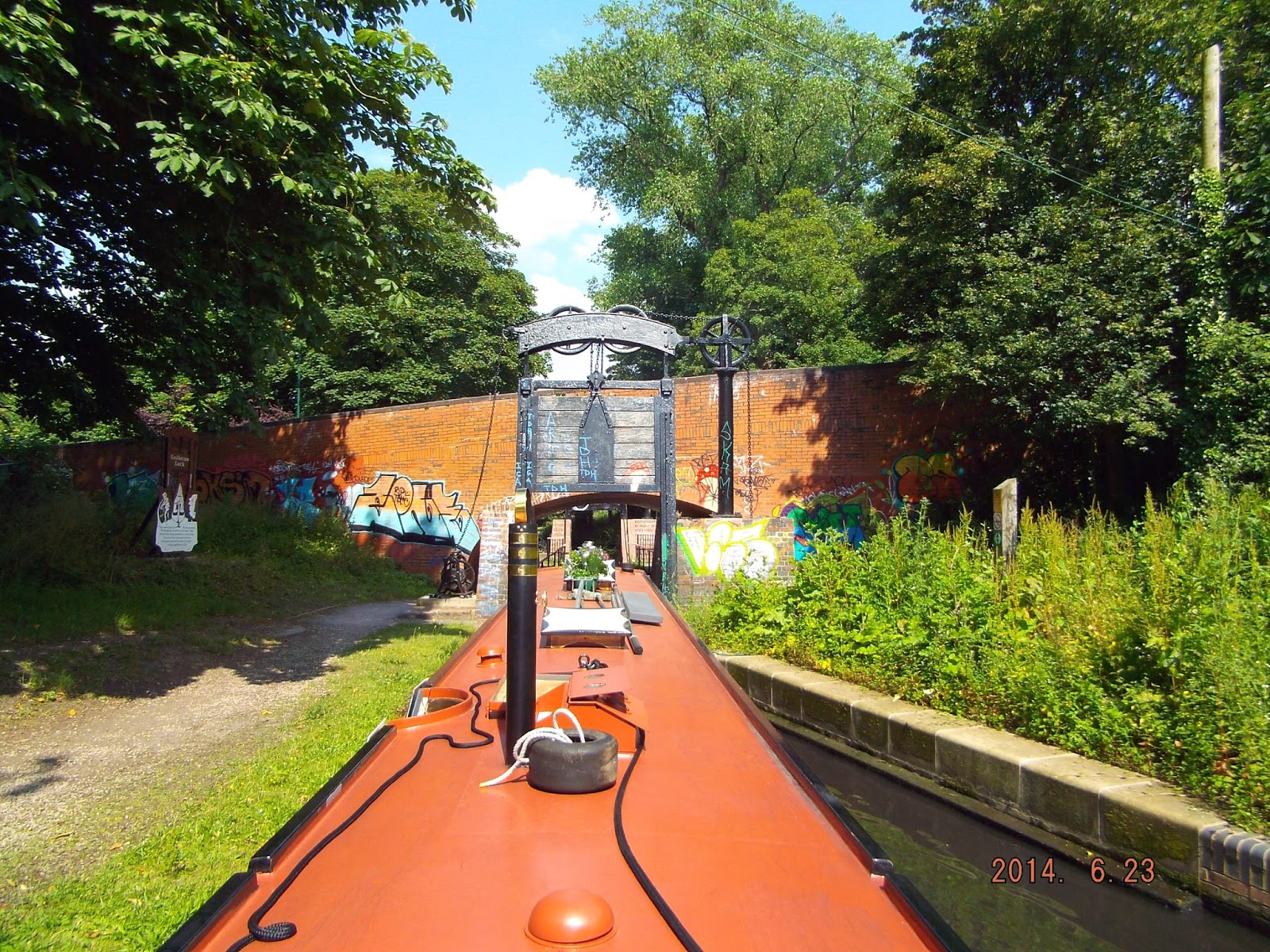 After the sharp left turn eastwards - we negotiate the old guillotine stop lock which originally  held back an inch of the Worcester and Birmingham water! 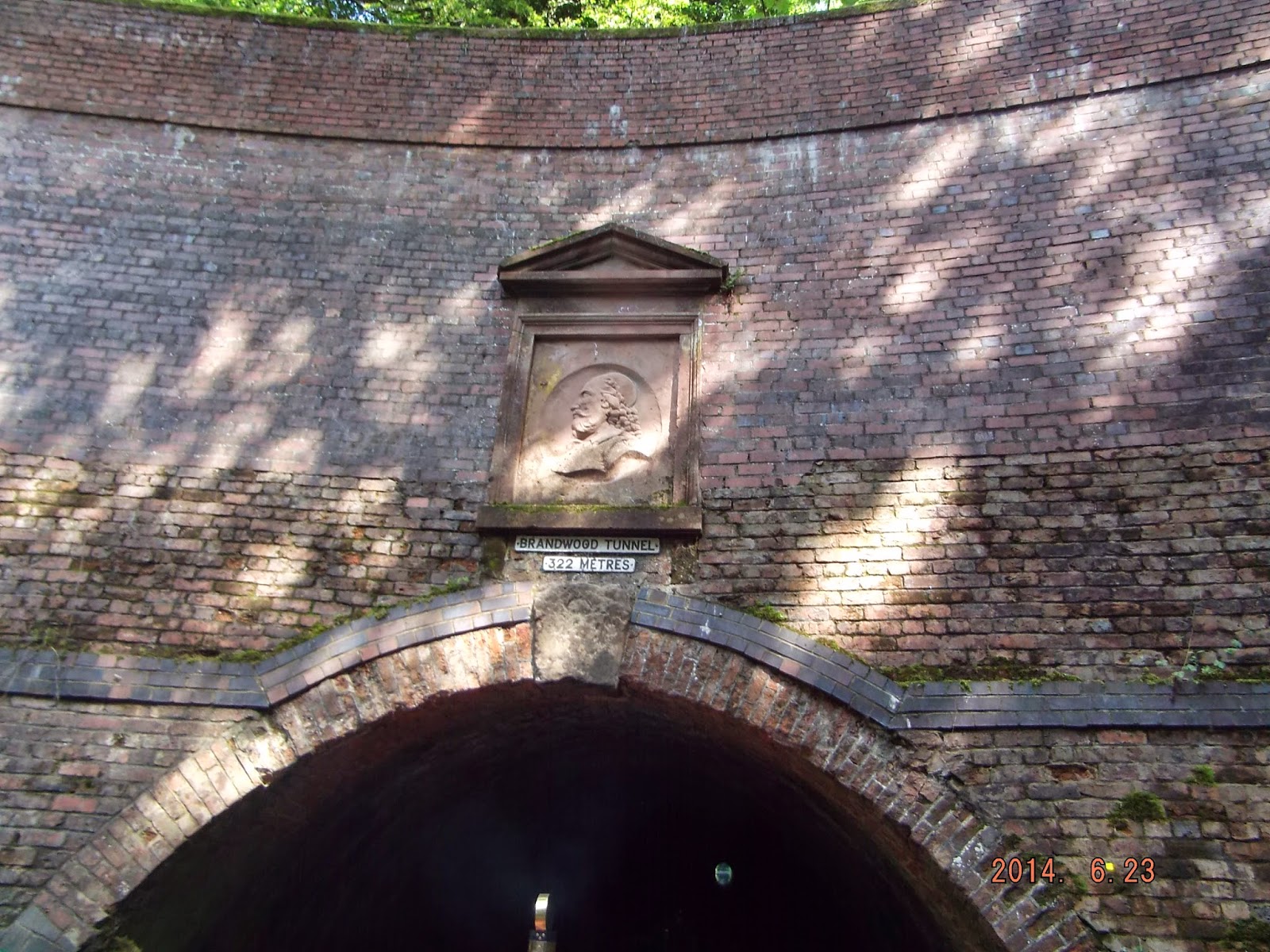 Completed in 1803, the northern Stratford canal has a level pound for 10 miles or so and hence this Brandwood Tunnel and many cuttings 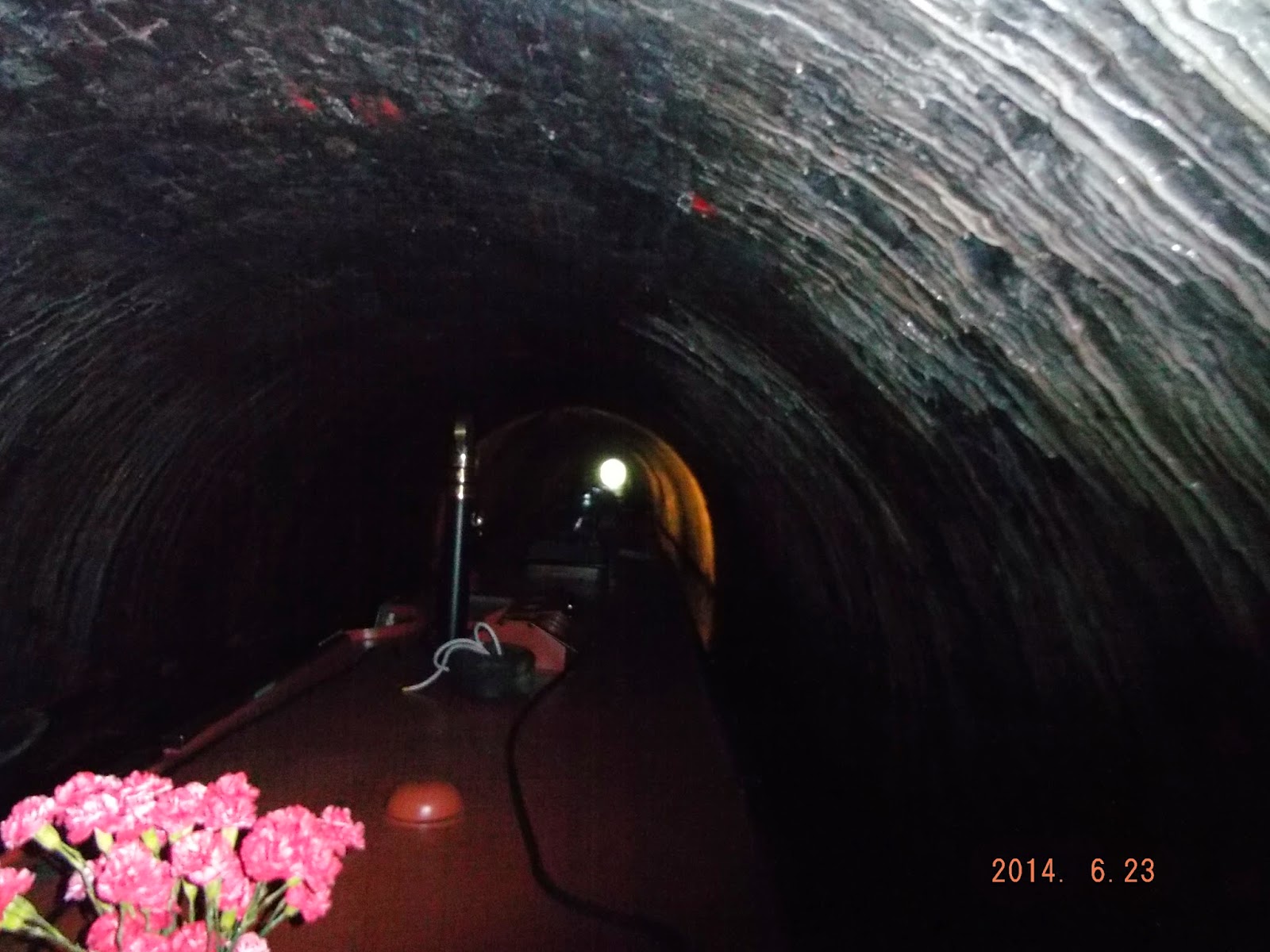 322 metres long - looking ahead!
We cruised into the early evening and made the moorings opposite the Earlswood Motor Yacht Club around 6.30pm. As the sun set, it was good to be out in the country again - and with fine weather forecast, more painting is scheduled!﻿
﻿
Posted by Unknown at 00:05