Today it simply poured with rain to start the day - and finish the day! In between we carried on cruising down this delightful part of the 1815 Southern Stratford Canal.
Apparently, it was only really in operation as a canal company until 1856 when taken over by the Oxford, Worcester and Wolverhampton Railway which in 1863 was absorbed into the Great Western Railway. Although traffic gradually decreased and the canal was near derelict in the 1930's, the water supply was kept by the Railway to provide water for it's steam engine shed at Stratford.
See this link for more history.

With the interest and public demand to retain the country's unique canal system, the National Trust took over the Southern Stratford in 1960 and due to the heroic efforts of a group of volunteers, army and prison personnel and many others, the canal was operational again in 1964.
It is this 50th Anniversary that we are travelling to celebrate in Stratford-upon-Avon.

In 1964, I was a school boy of 13 years, living in London and knew nothing of this?!
Now at 63 years old - 50 years later, I have the pleasure of enjoying the results of the vision, determination and achievements of those enthusiasts - to whom we owe much appreciation! 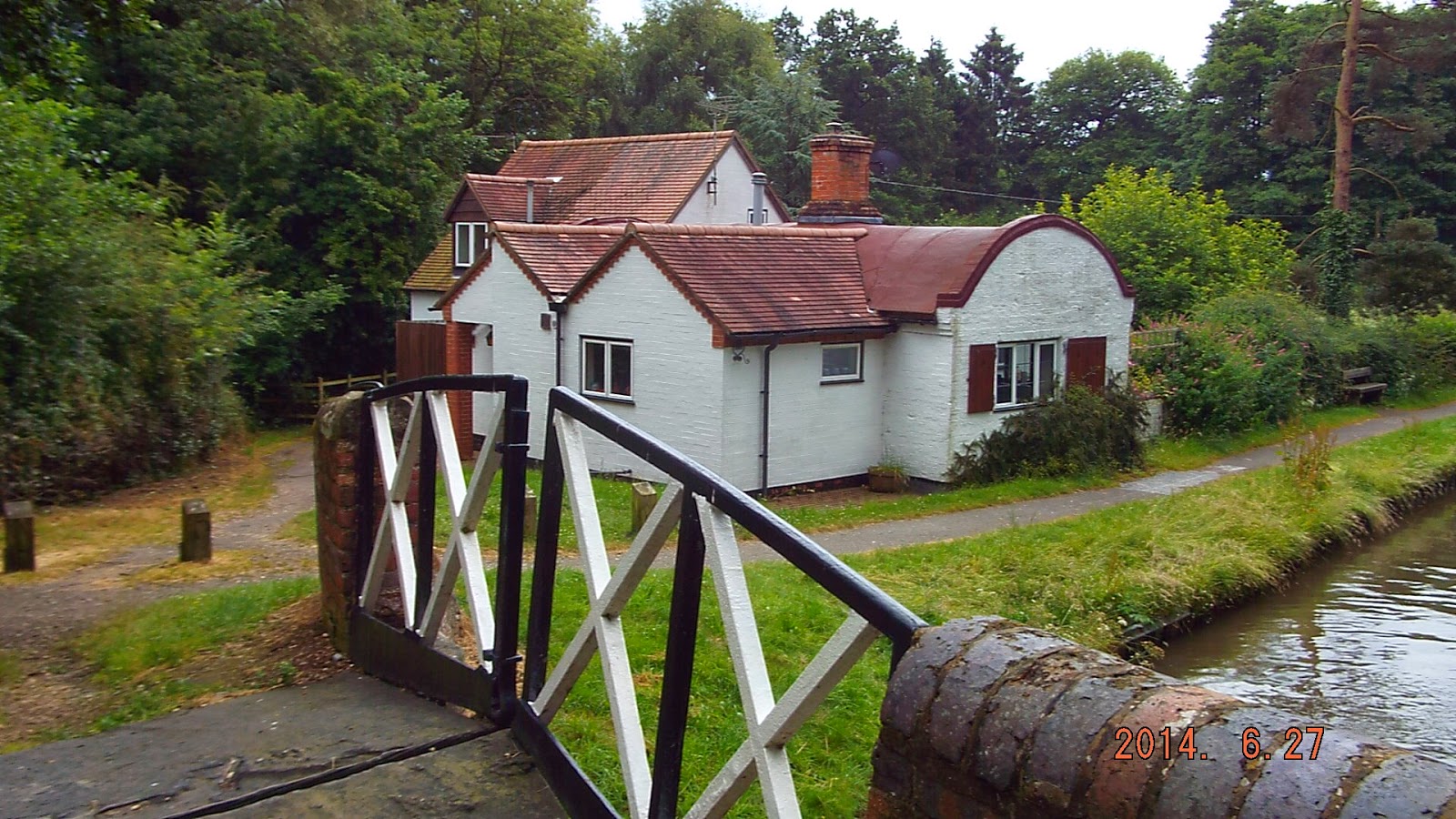 This photo shows the classic barrel-roofed lock keeper's house - here substantially extended. In the foreground is a split bridge, clearly showing the 1" gap in the cast iron floor and the railings for the horse drawn pulling line to drop through - thus speeding up their travel 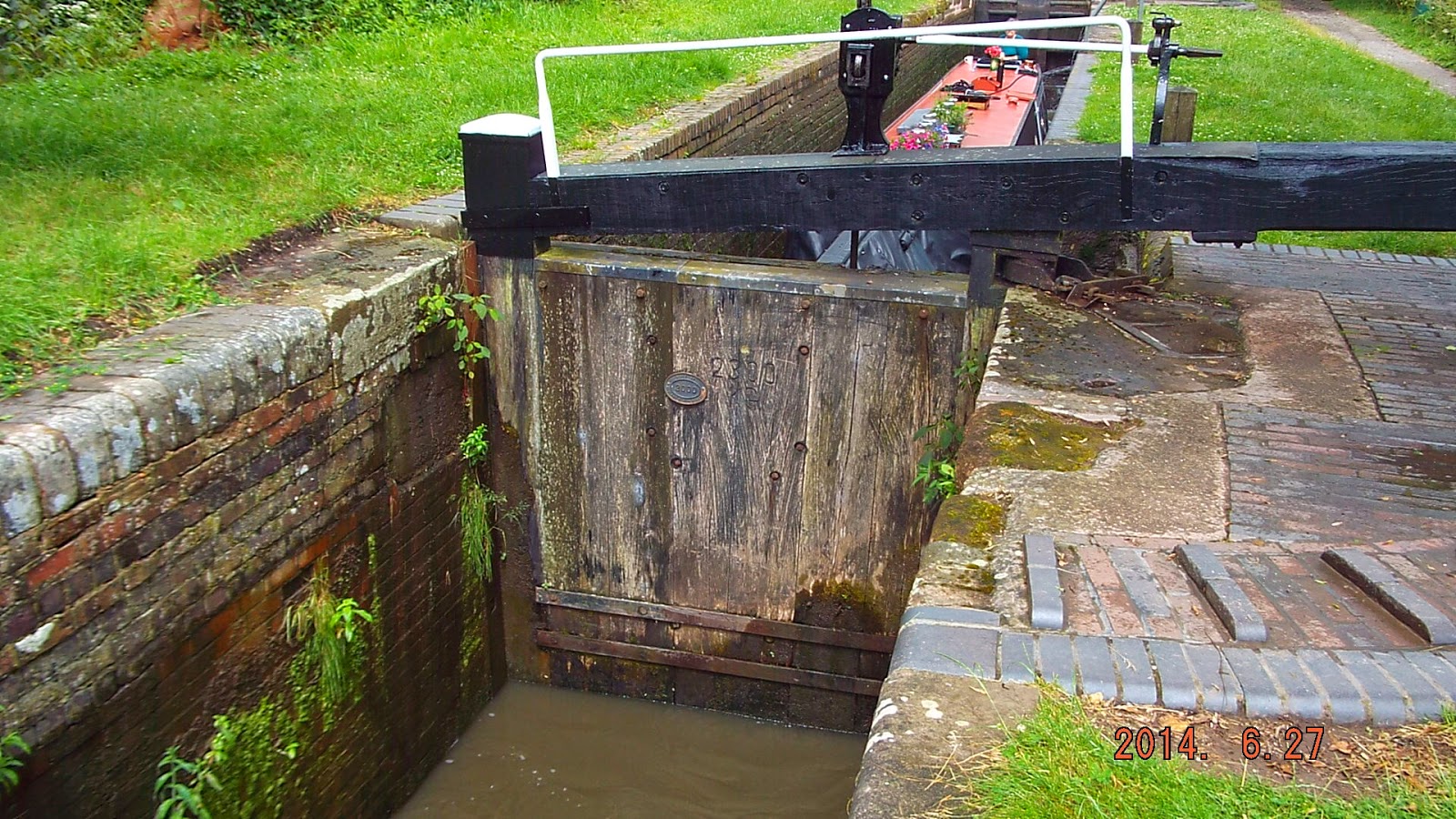 This photo shows the depth of the bottom single gate - these are quite heavy and some (not well balanced) are extremely difficult to open/close. Also note that they only have a single gate paddle which results in quite a slow emptying of the lock. 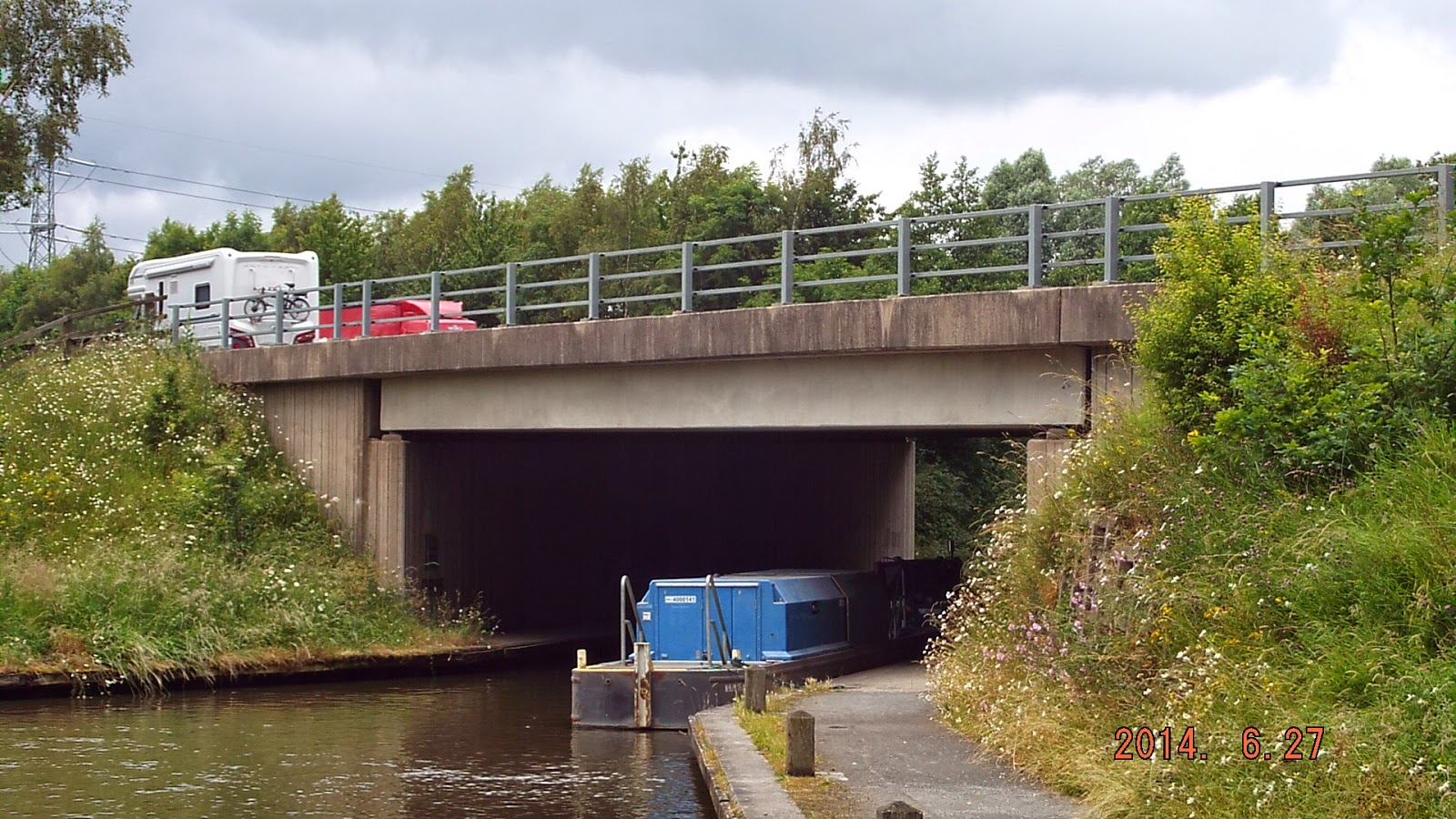 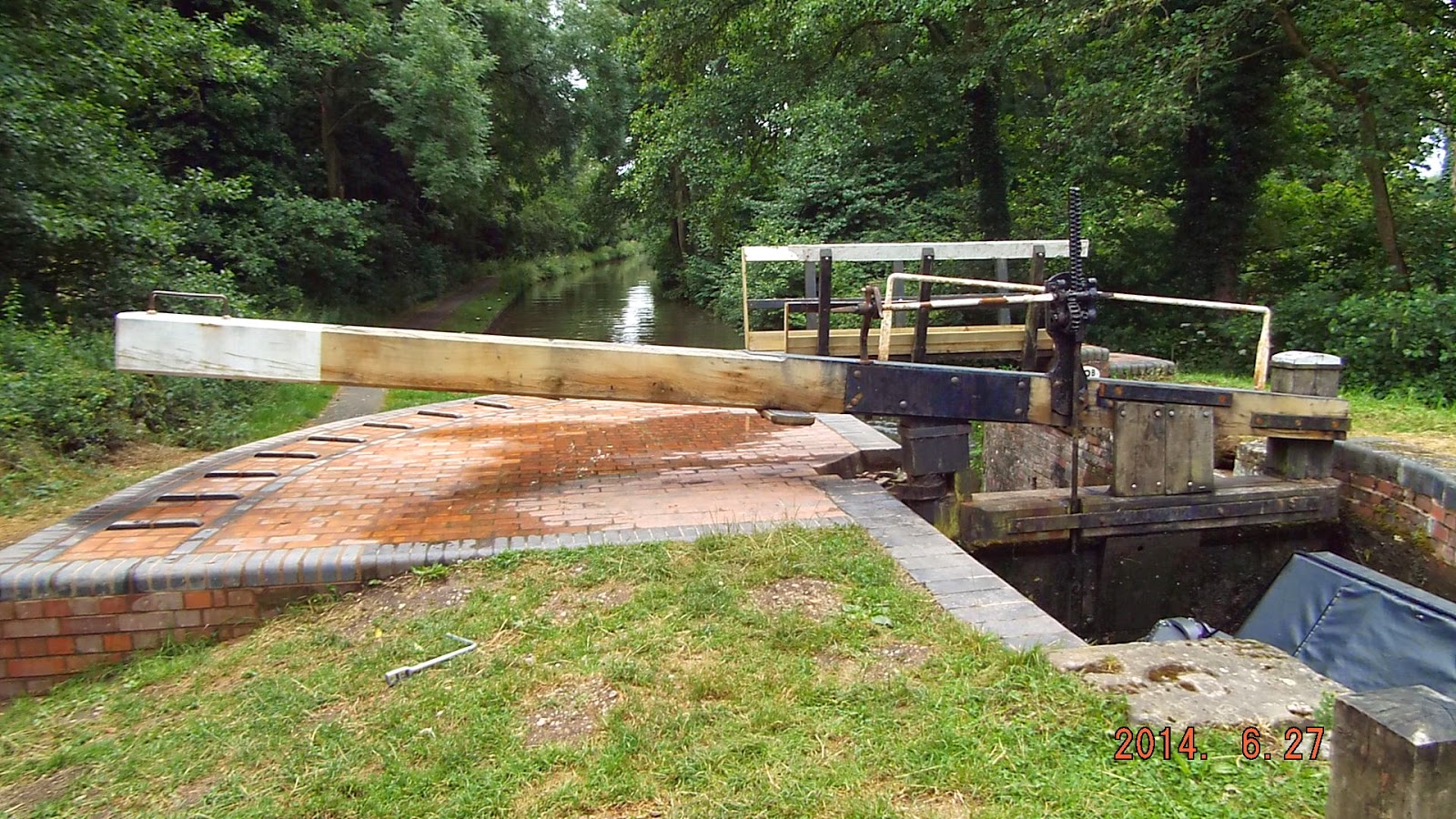 Lock maintenance work - anything to do with the interest in the 50th Anniversary? 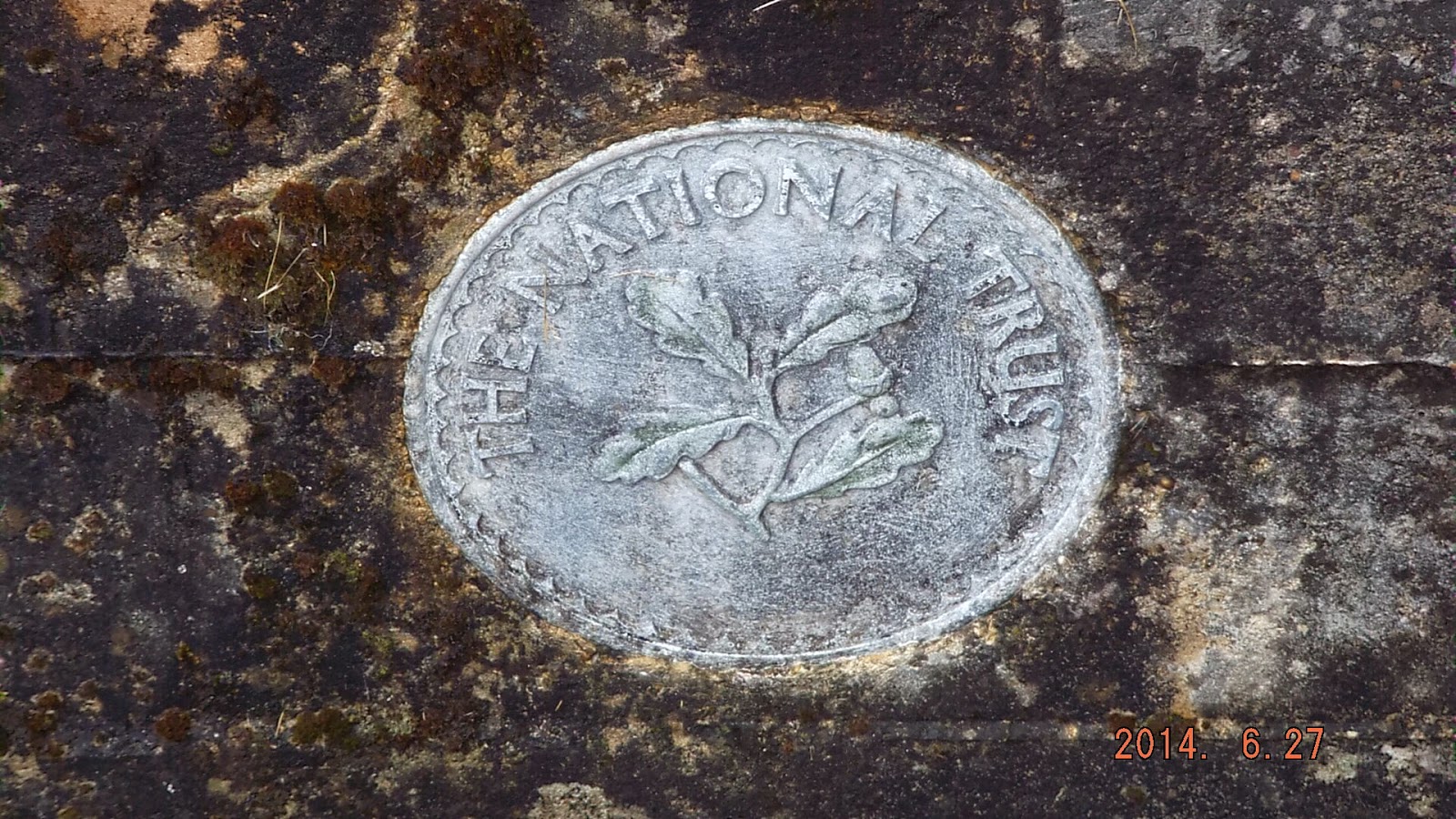 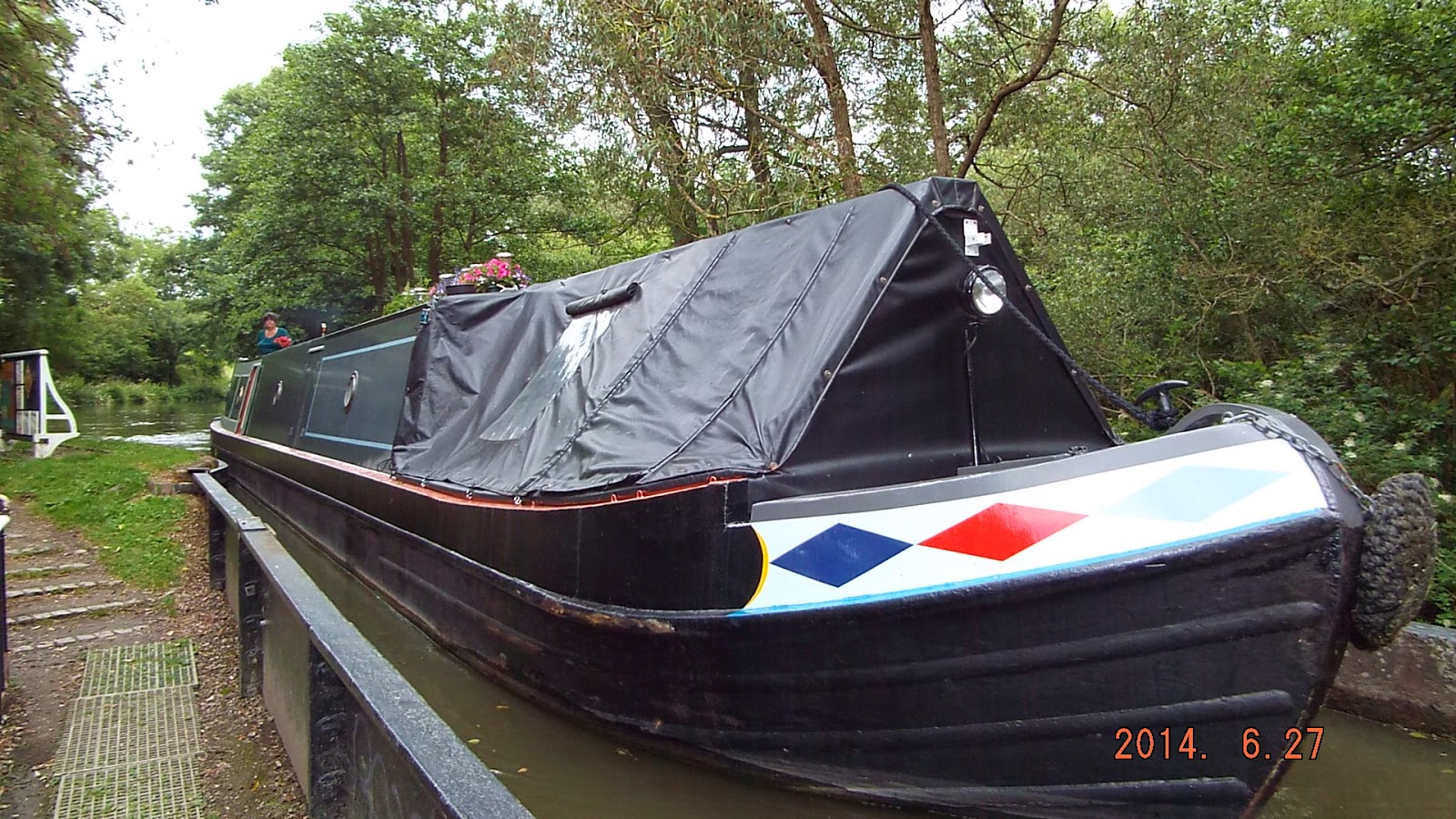 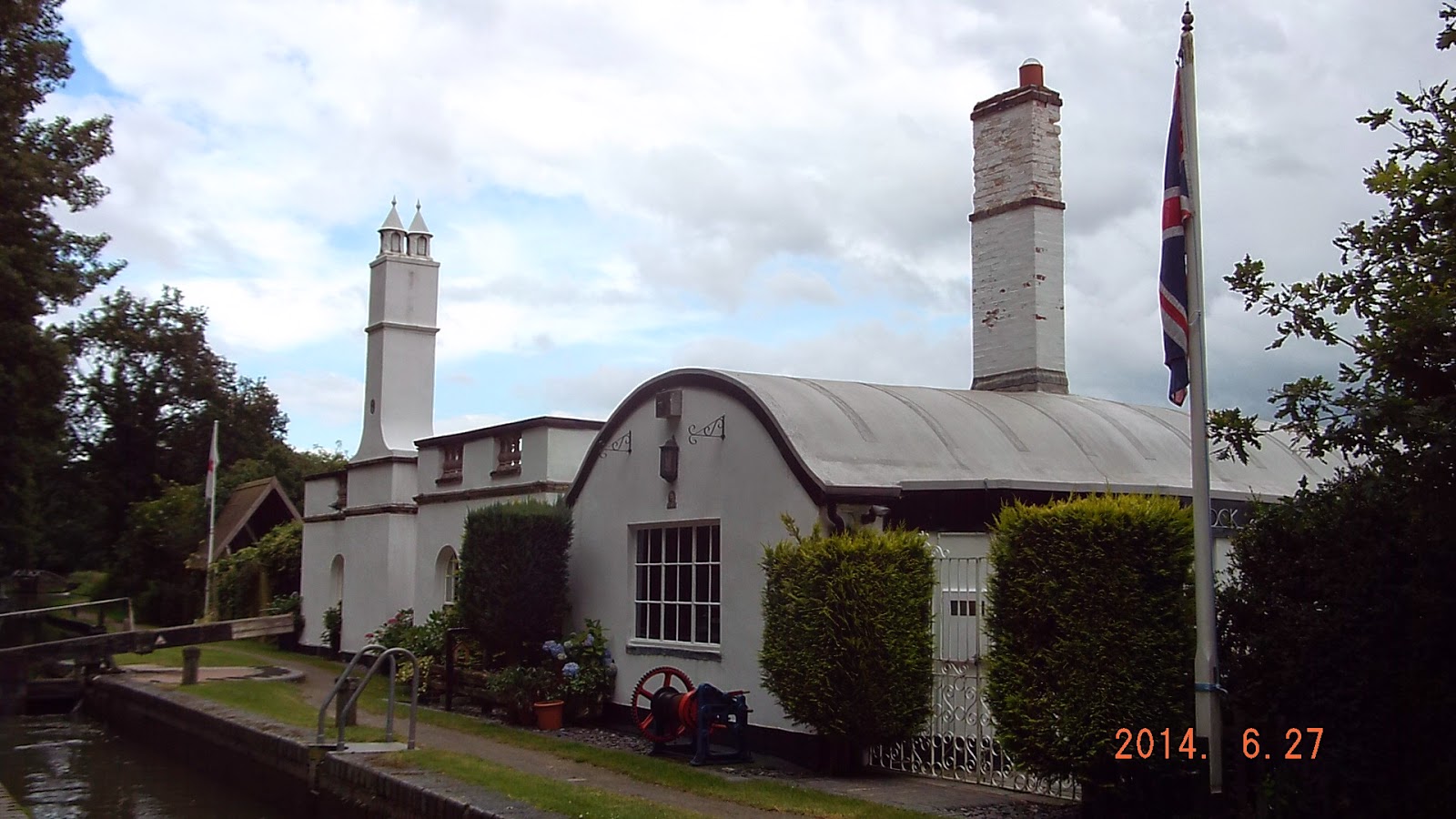 Another of the barrel-roofed 'cottages' - this one extended in 'Italianate style'?
It is a holiday cottage for the discerning customer! 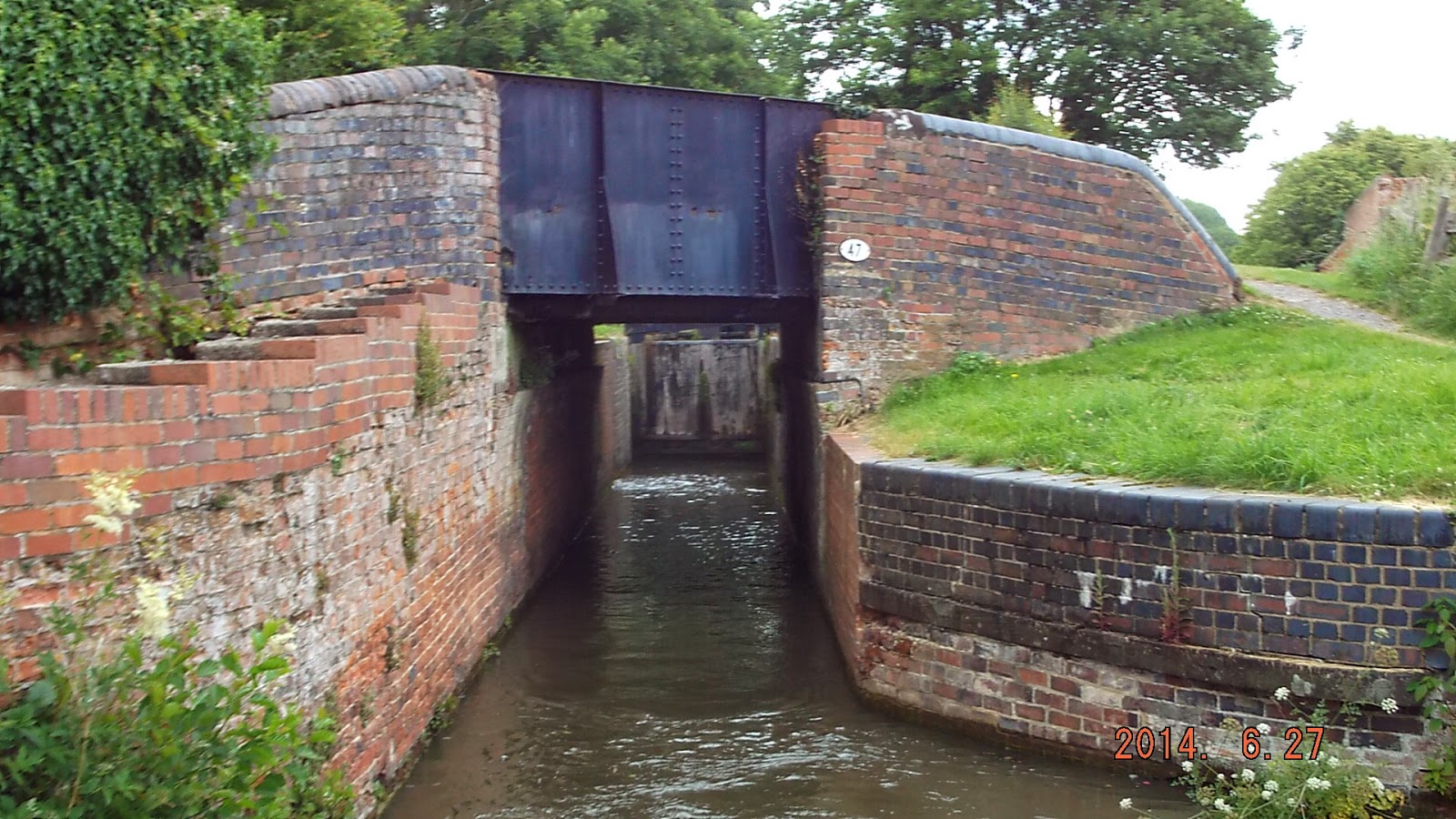 Leaving Lock No. 38, Preston Bagot Bottom Lock, where the local road squeezes the canal for a short section. Note the cast iron road bridge
Just after this the heavens opened and there was an almighty deluge! Chris went inside to make a cup of tea whilst I cruised with the umbrella up - to arrive at the busy moorings at Wootton Wawen. Narrowboat 'Jappa' that had overtaken us earlier (when we stopped for for lunch!) kindly offered for us to breast up as all other places were taken.
We enjoyed a great meal in the Navigation and went to bed early!﻿
Posted by Unknown at 00:01