So having come up the Wolverhampton Flight of Locks (21), we headed south towards Birmingham at about 1pm. 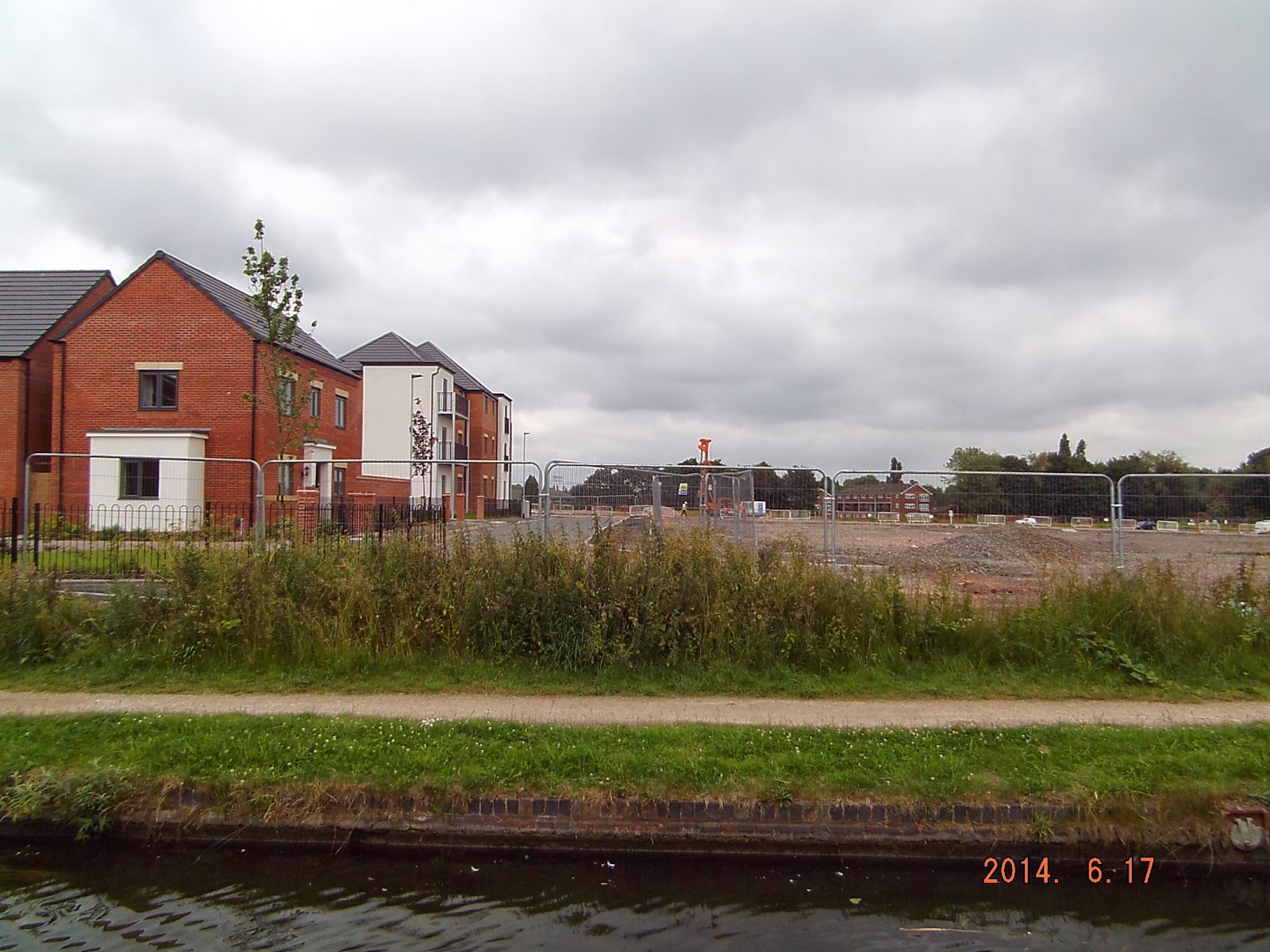 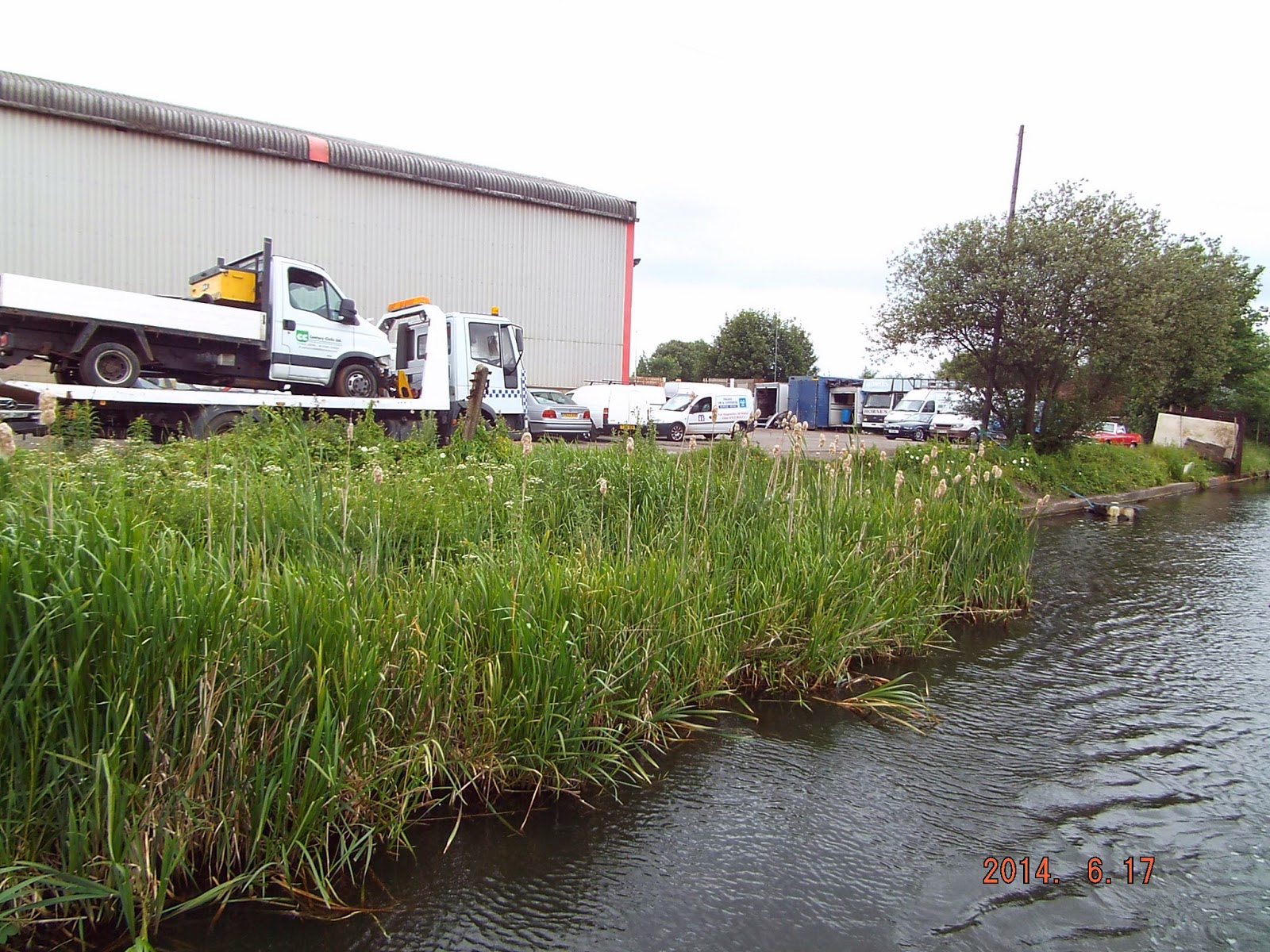 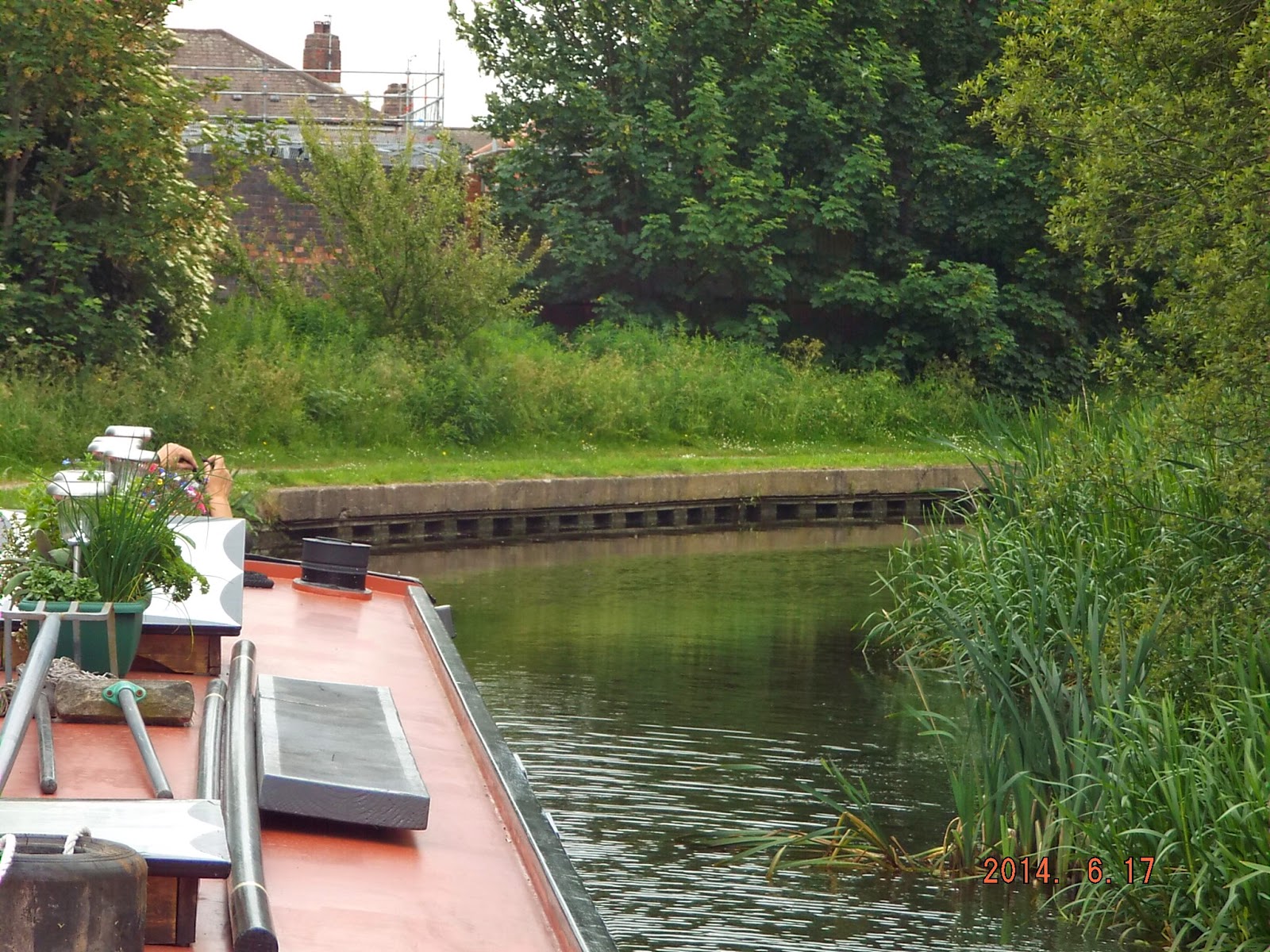 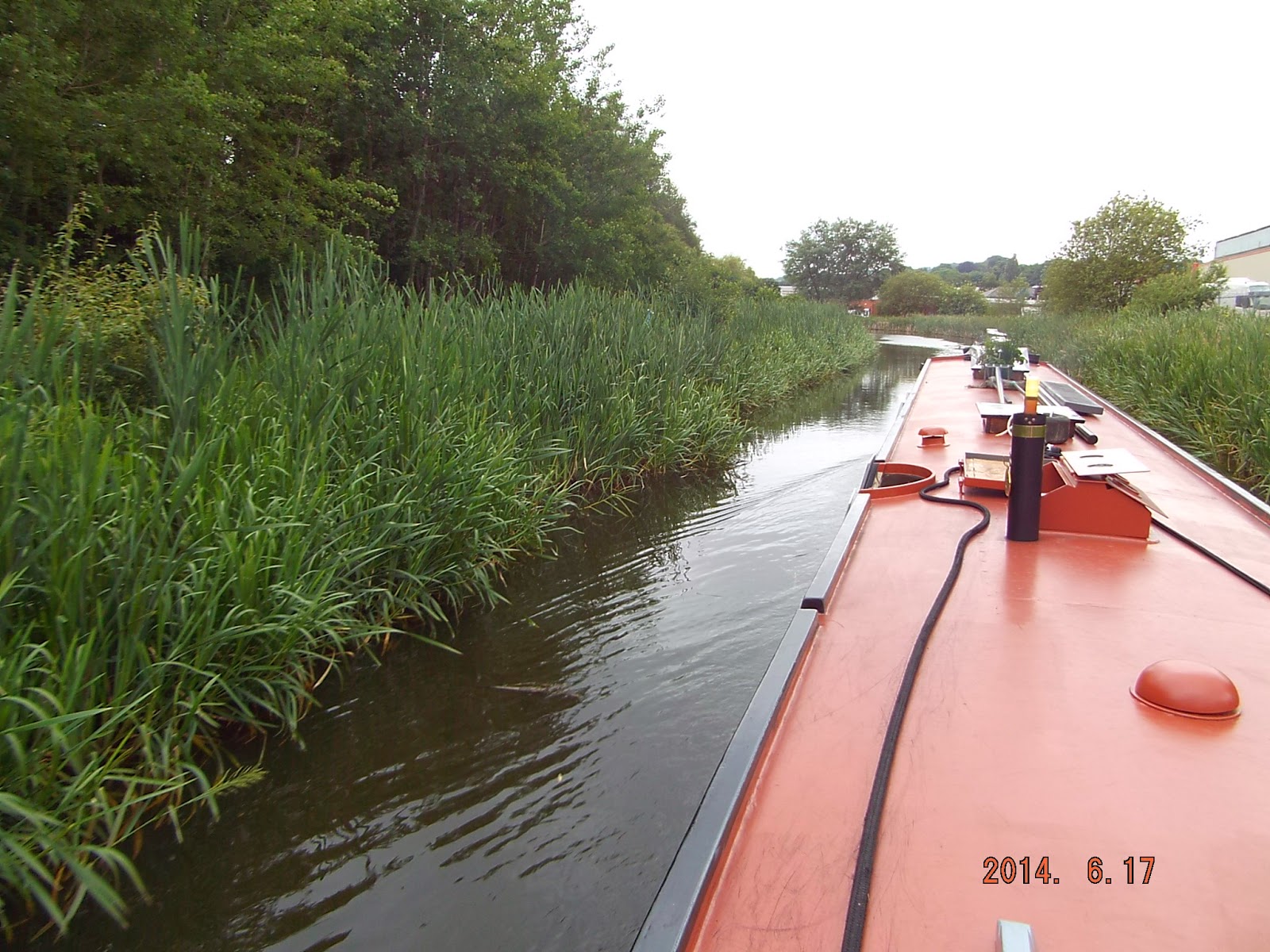 This section was semi-rural along a reedy length 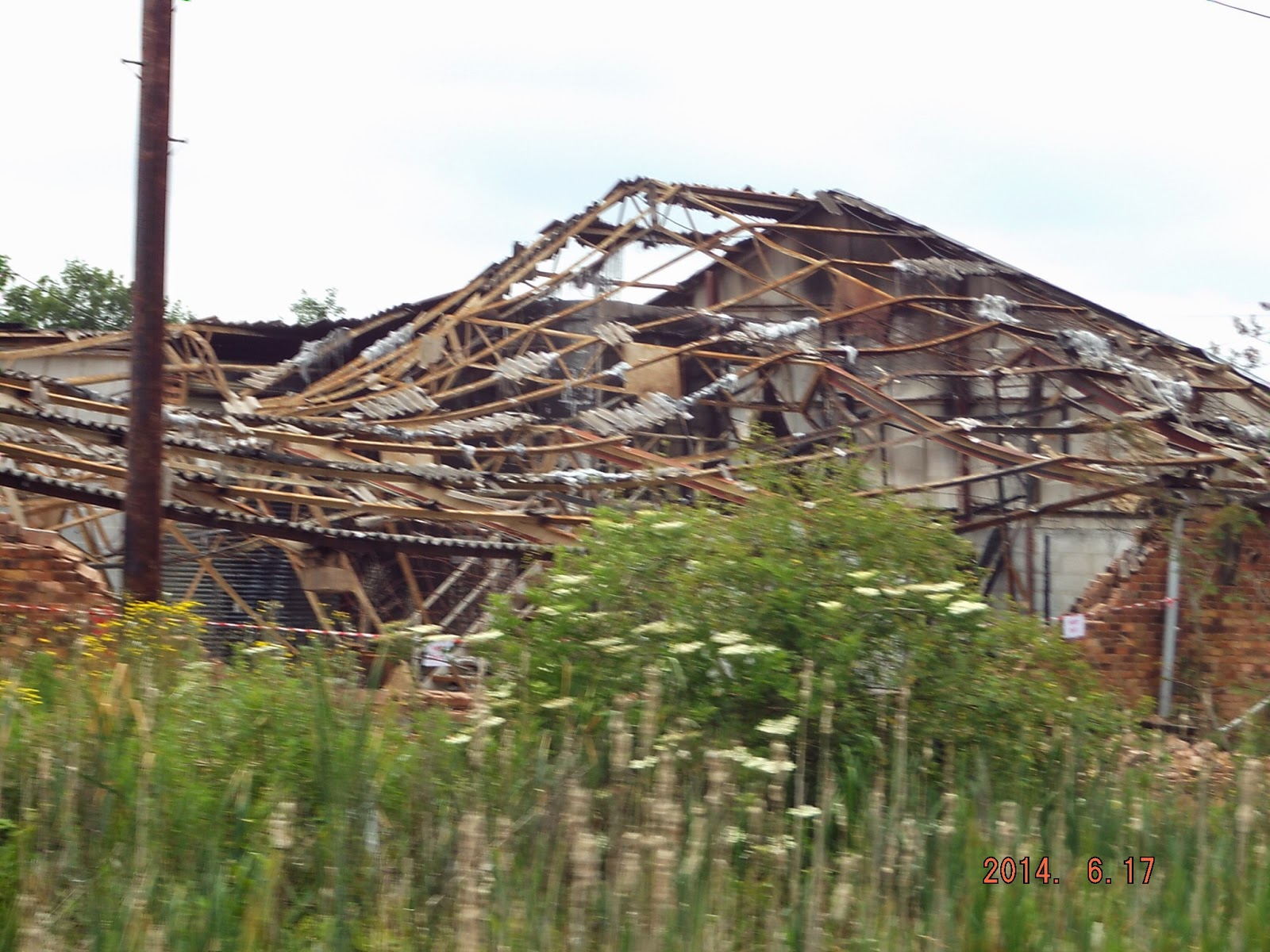 Evidence of an industrial fire?! 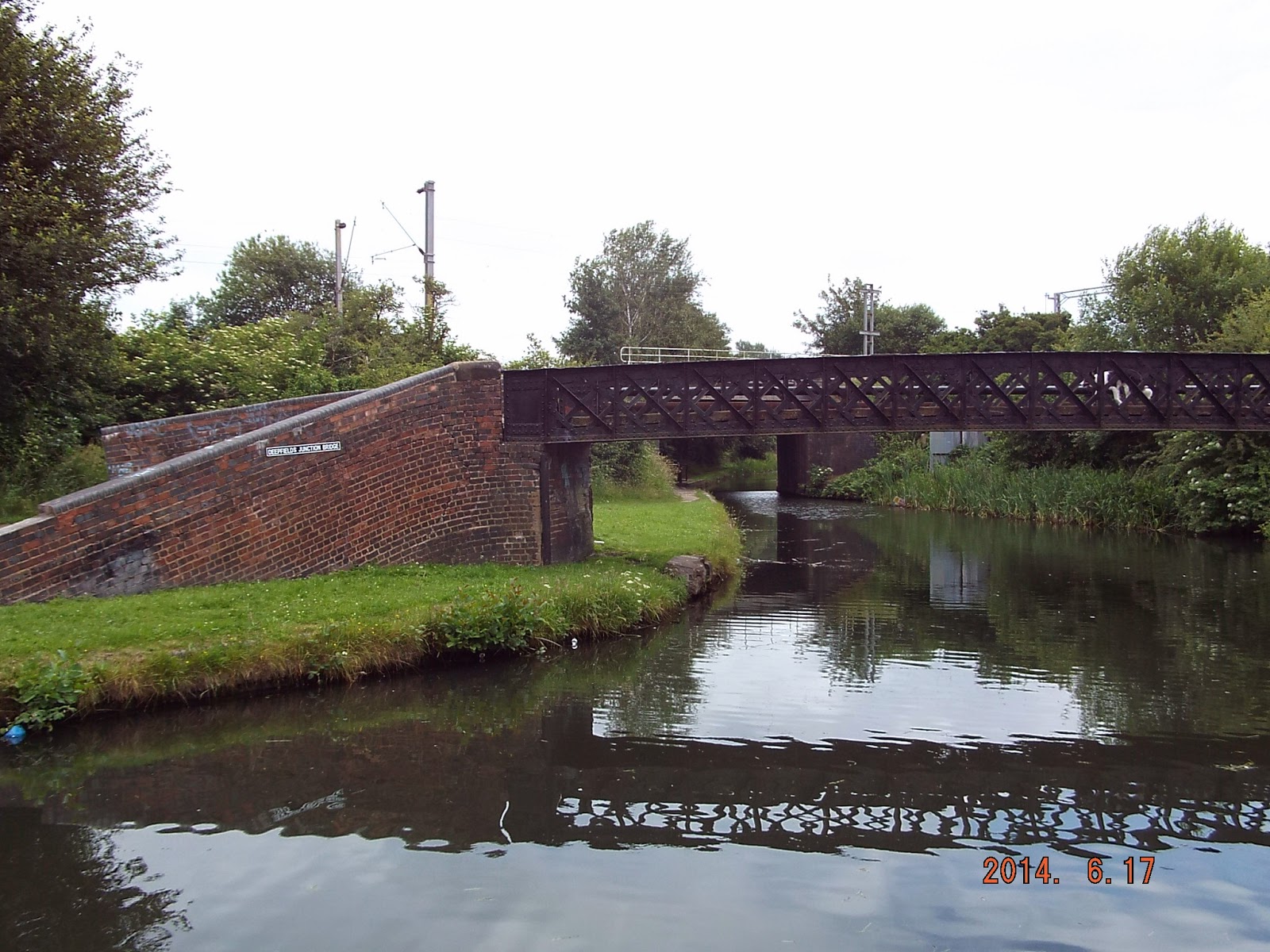 Where does this Junction lead to? It's the line of the 'old' canal from Deepfields Jnc - the Wednesday Oak Loop - now a dead end to the old Waterways Bradley Workshops, where they make the lock gates. We've never been down there - one day? 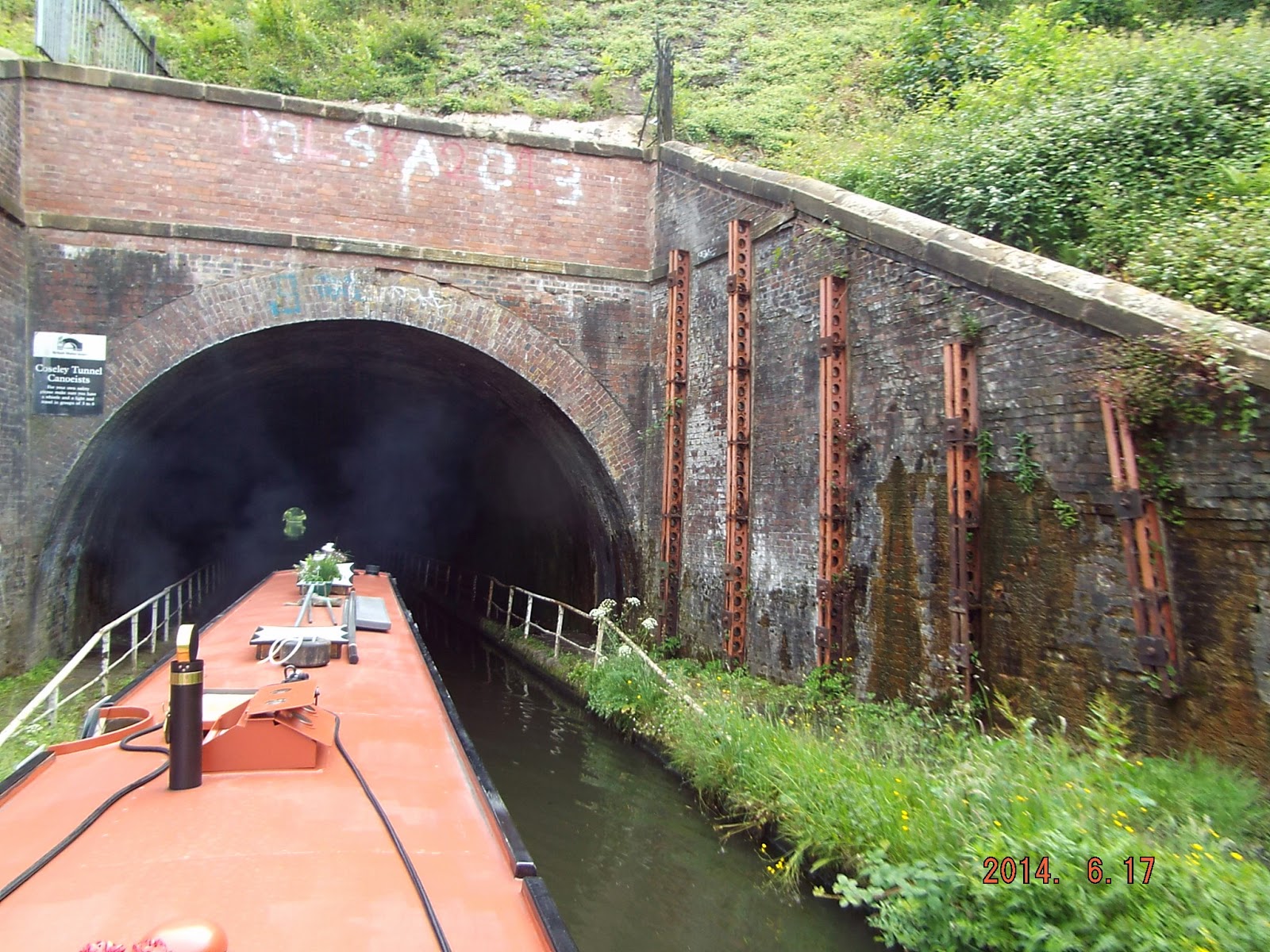 At this point, the canal was 'improved' by the engineering genius, Thomas Telford, driving a straight new Main Line, using cuttings and embankments and here the Cosely Tunnel in 1837, so avoiding a lengthy detour around the hill 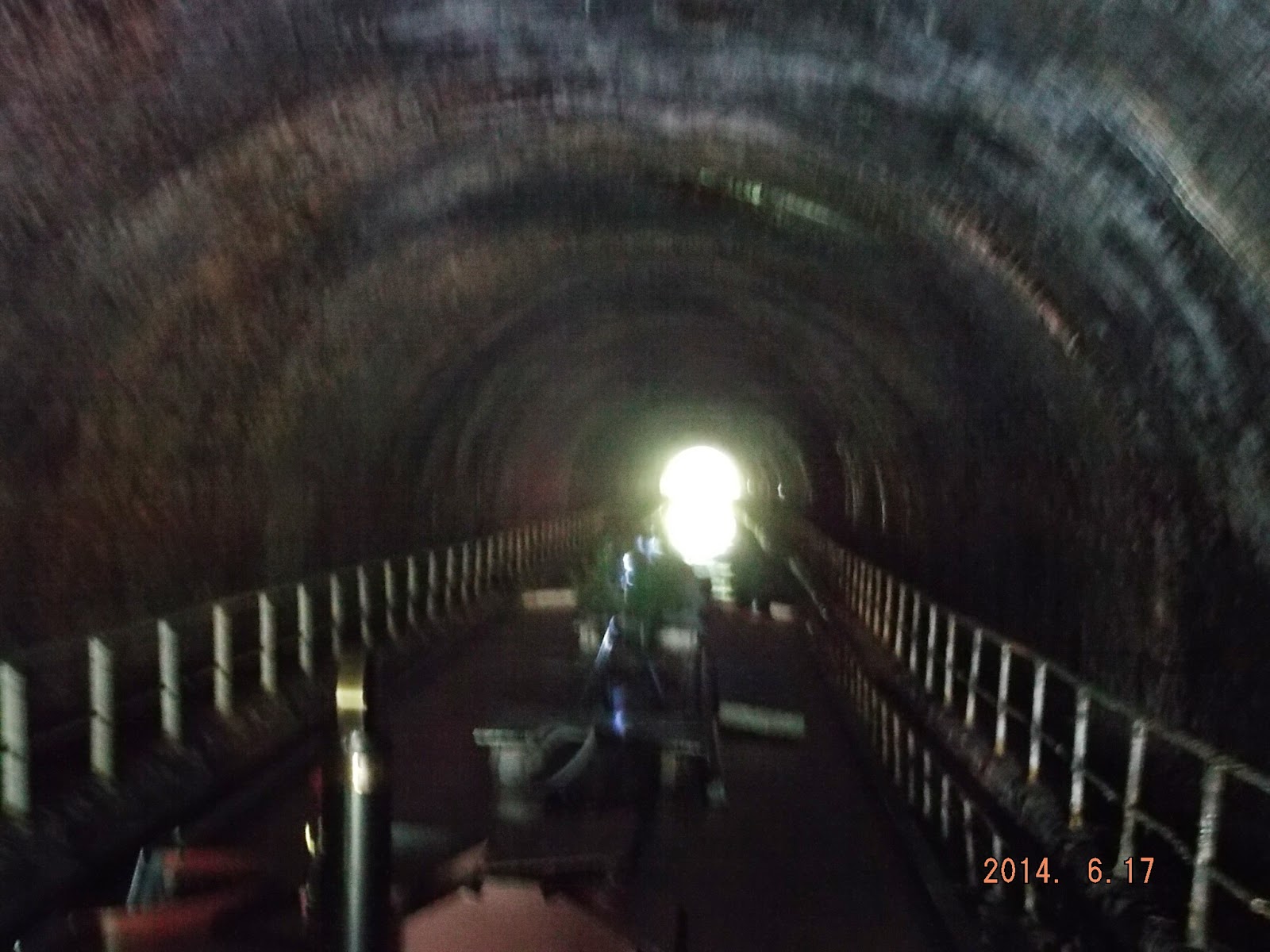 At 328 metres, it is not that long but rather wet! 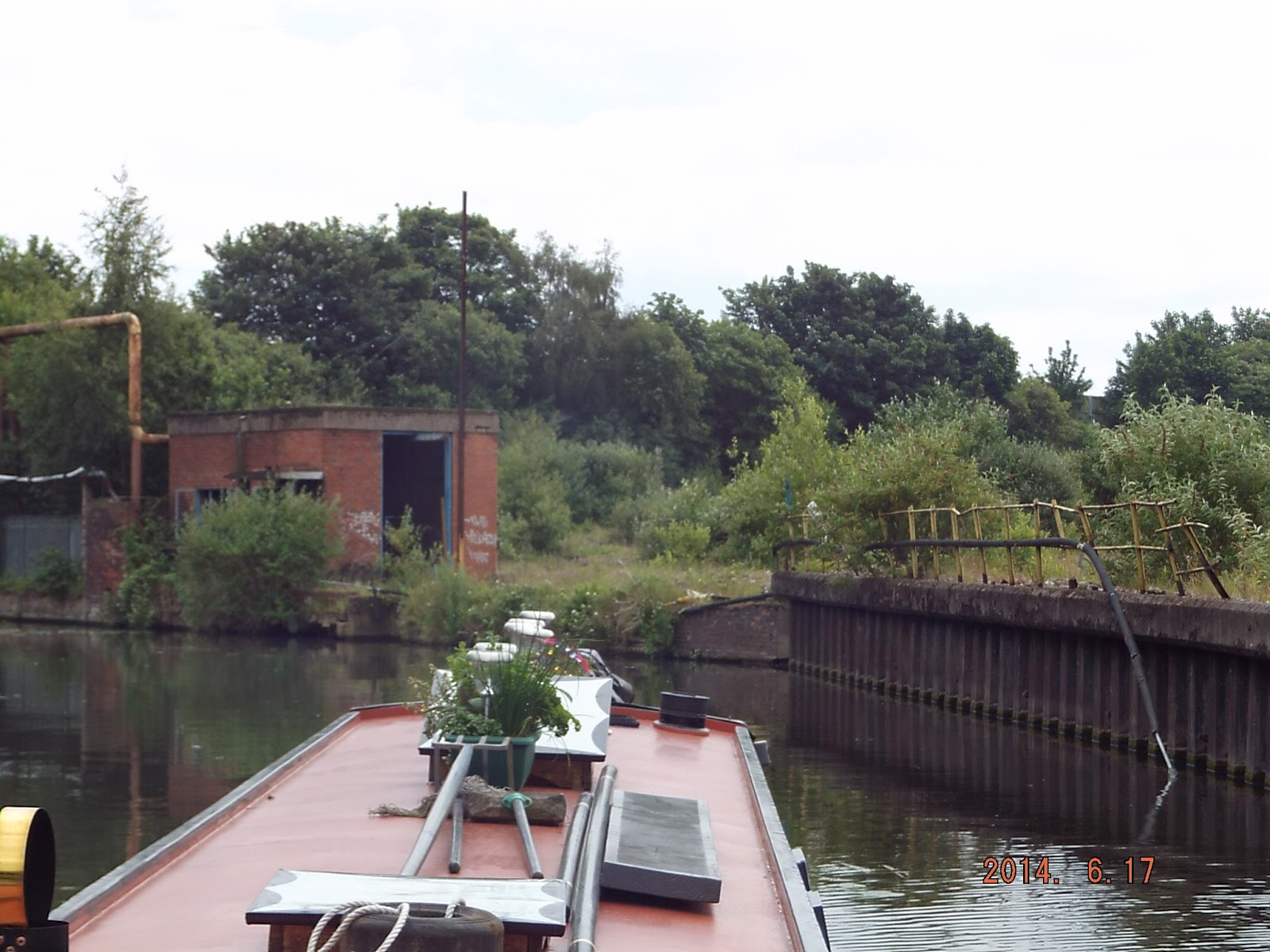 More industry from the past - slowly returning to nature or specified for housing? 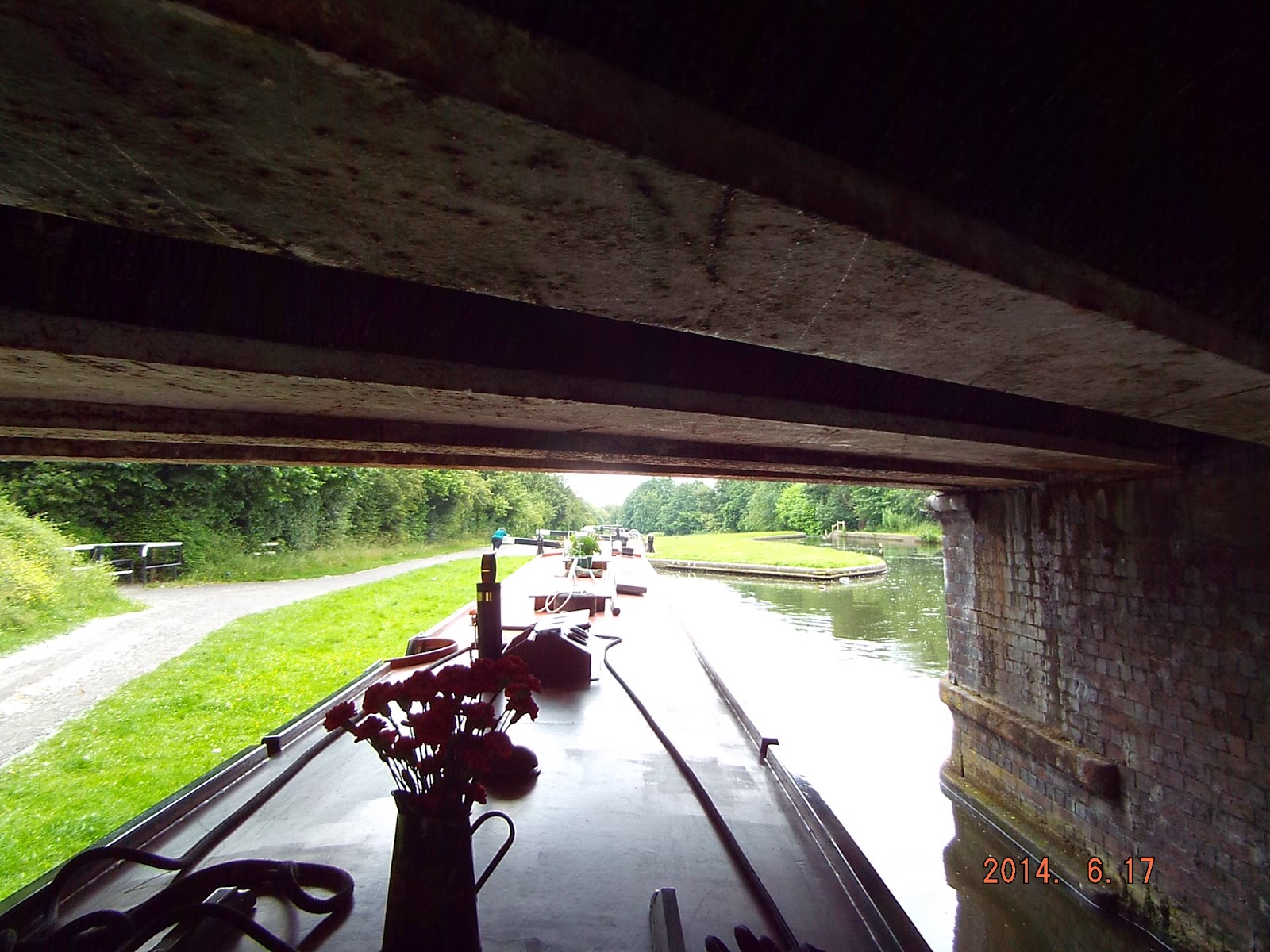 Following the New Main Line - under a rather low bridge at the Factory Locks, good job I had the shorter exhaust chimney on! 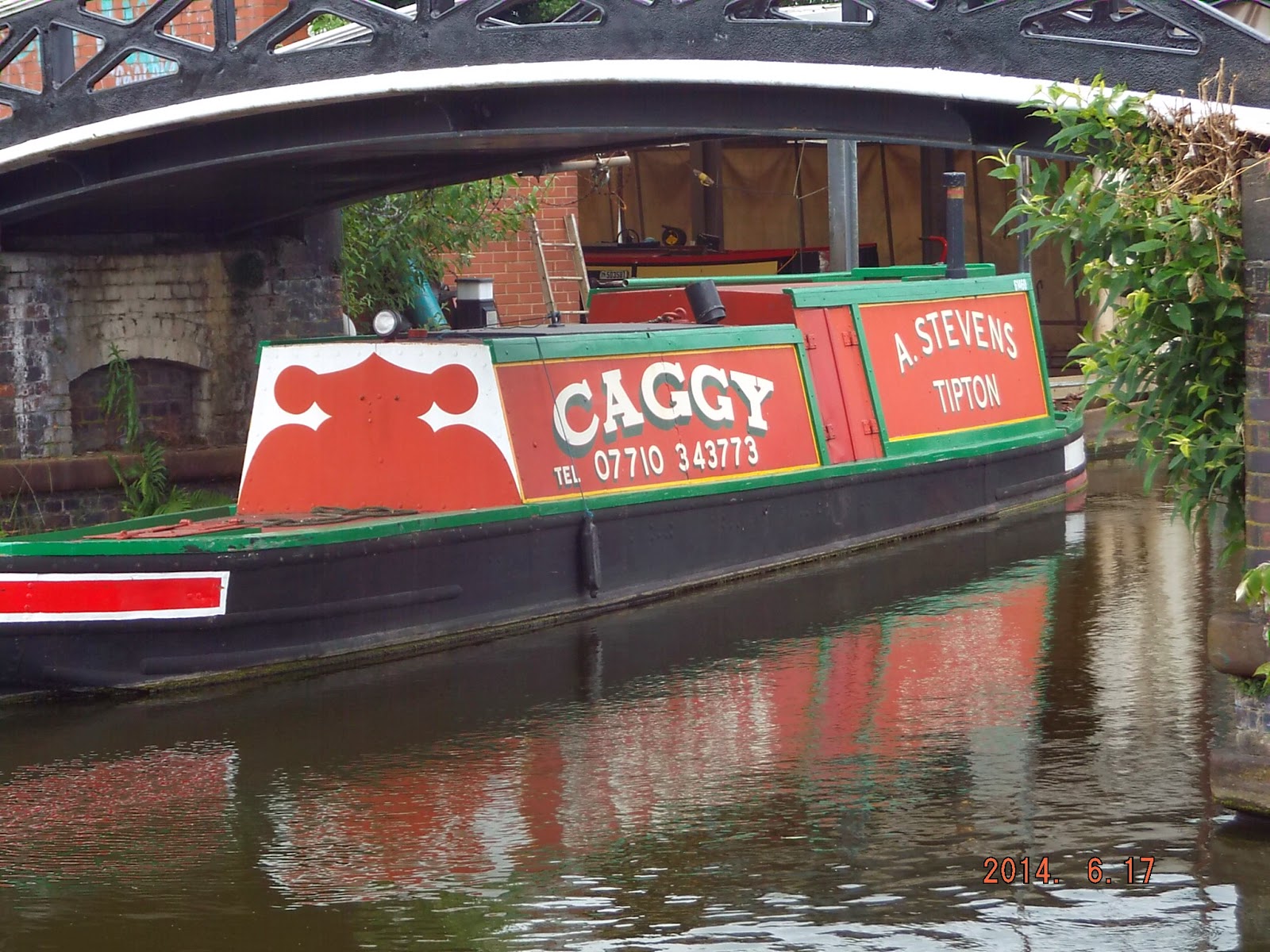 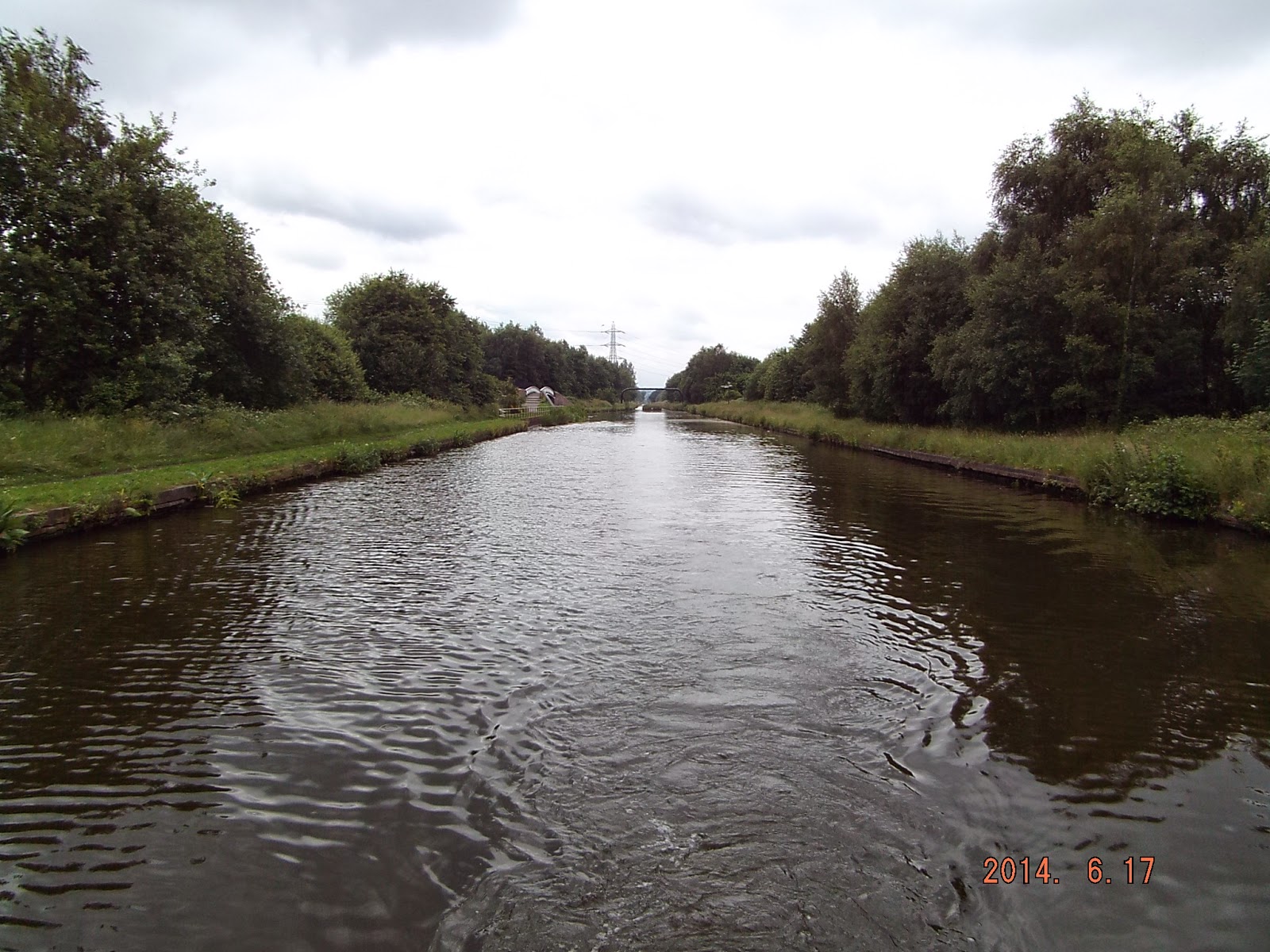 Looking back along the very straight Main Line 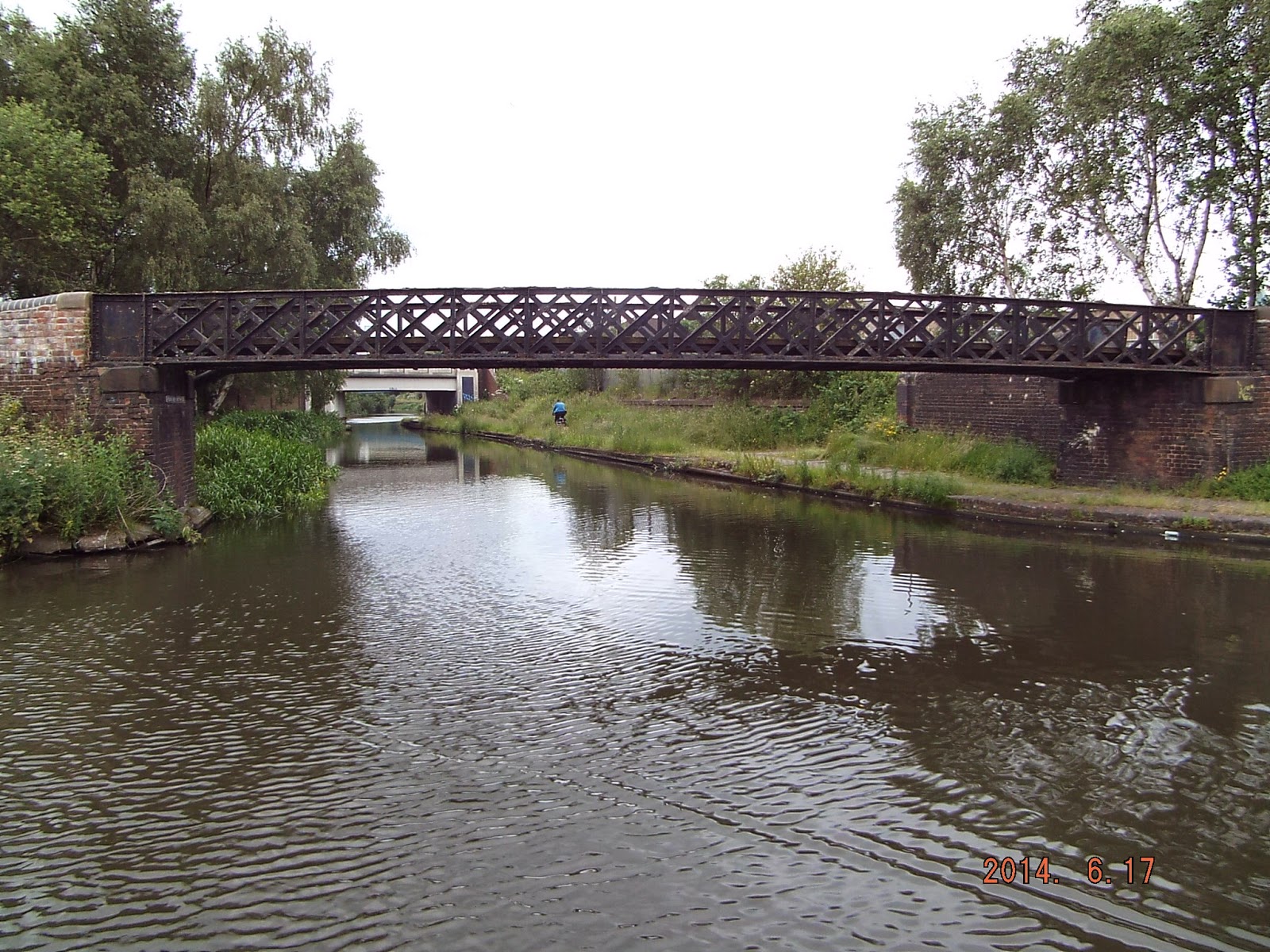 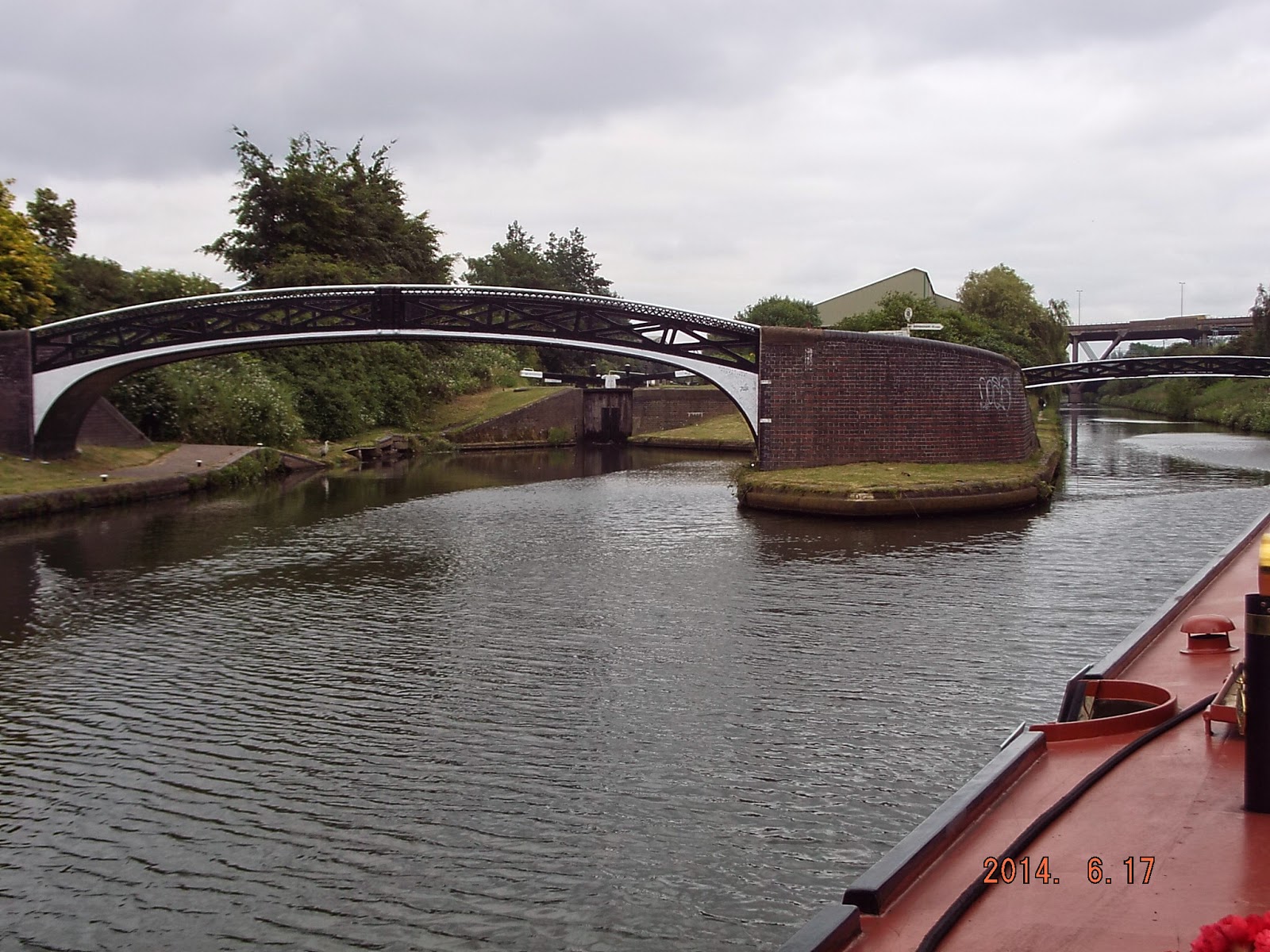 Bromford Junction  - we go straight on! 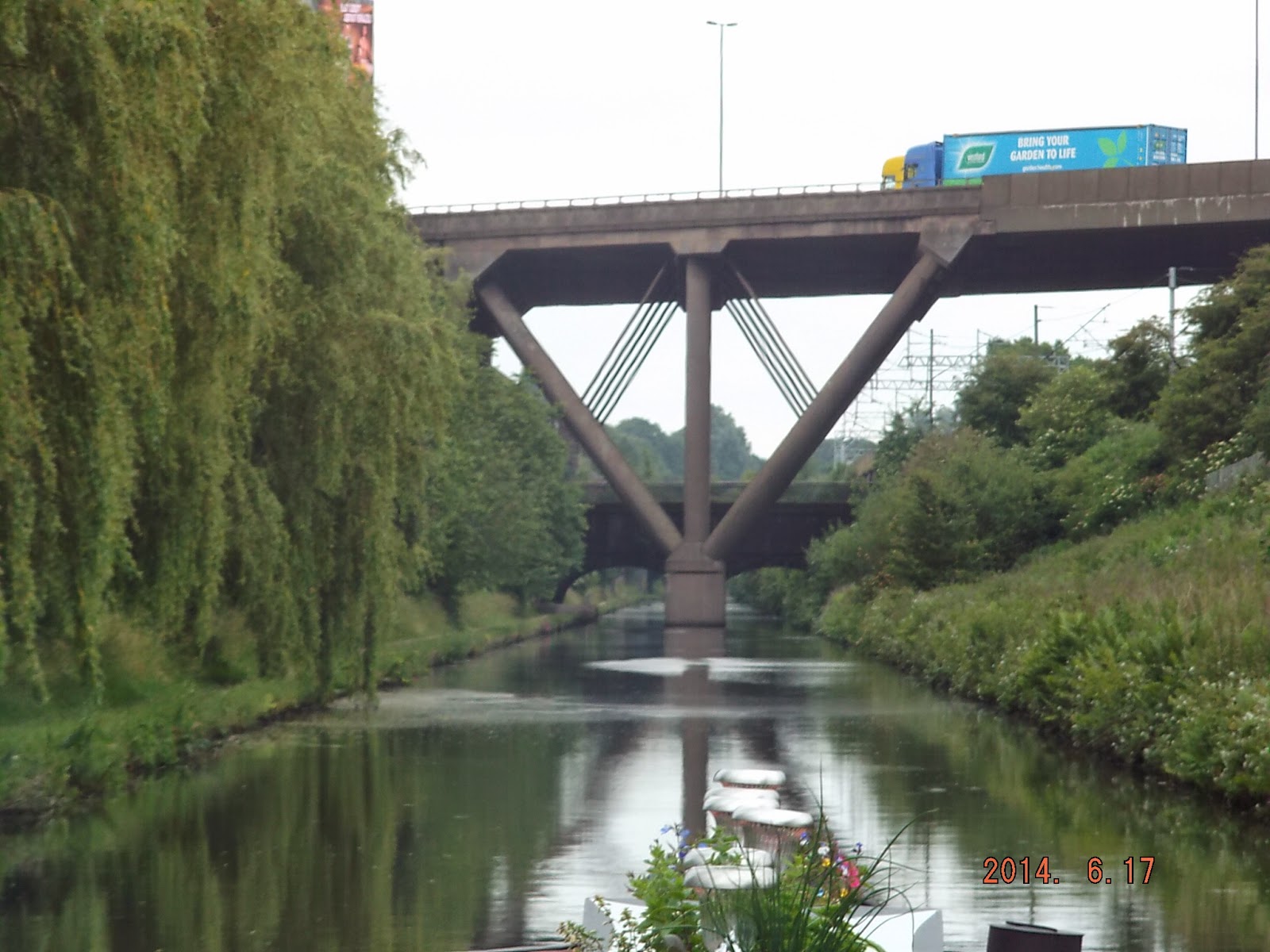 Under the M5 and into a large Telford Cutting 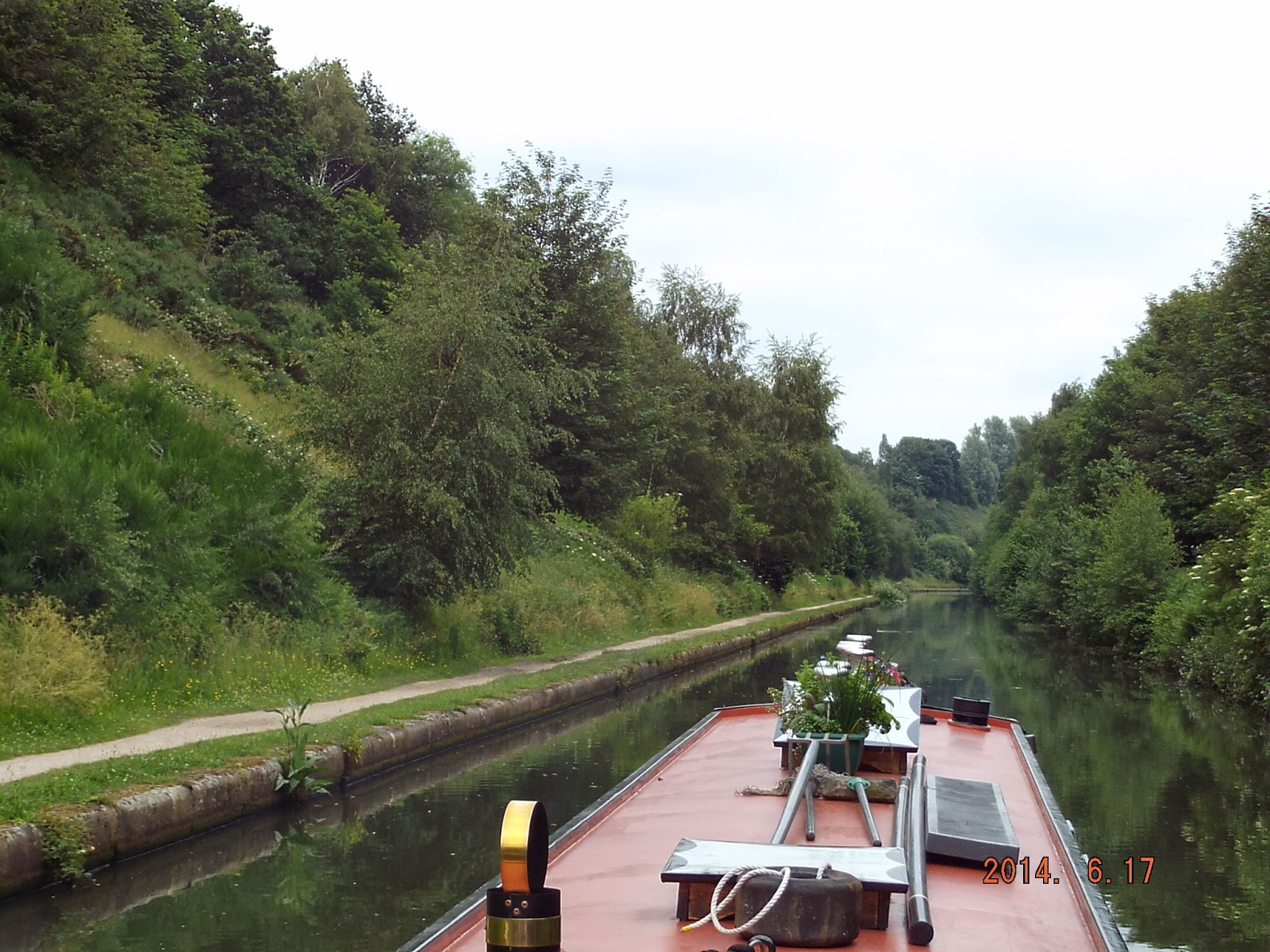 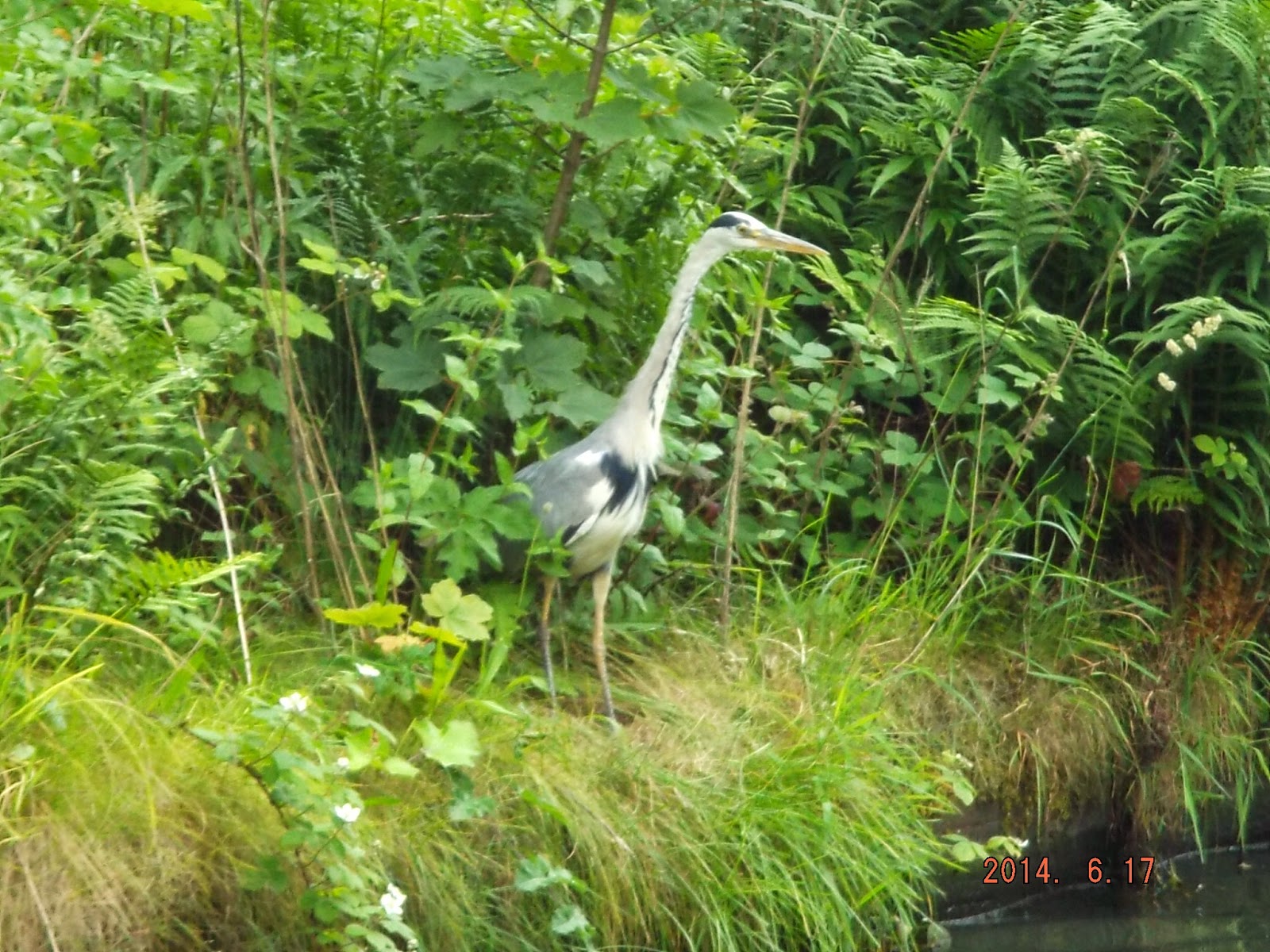 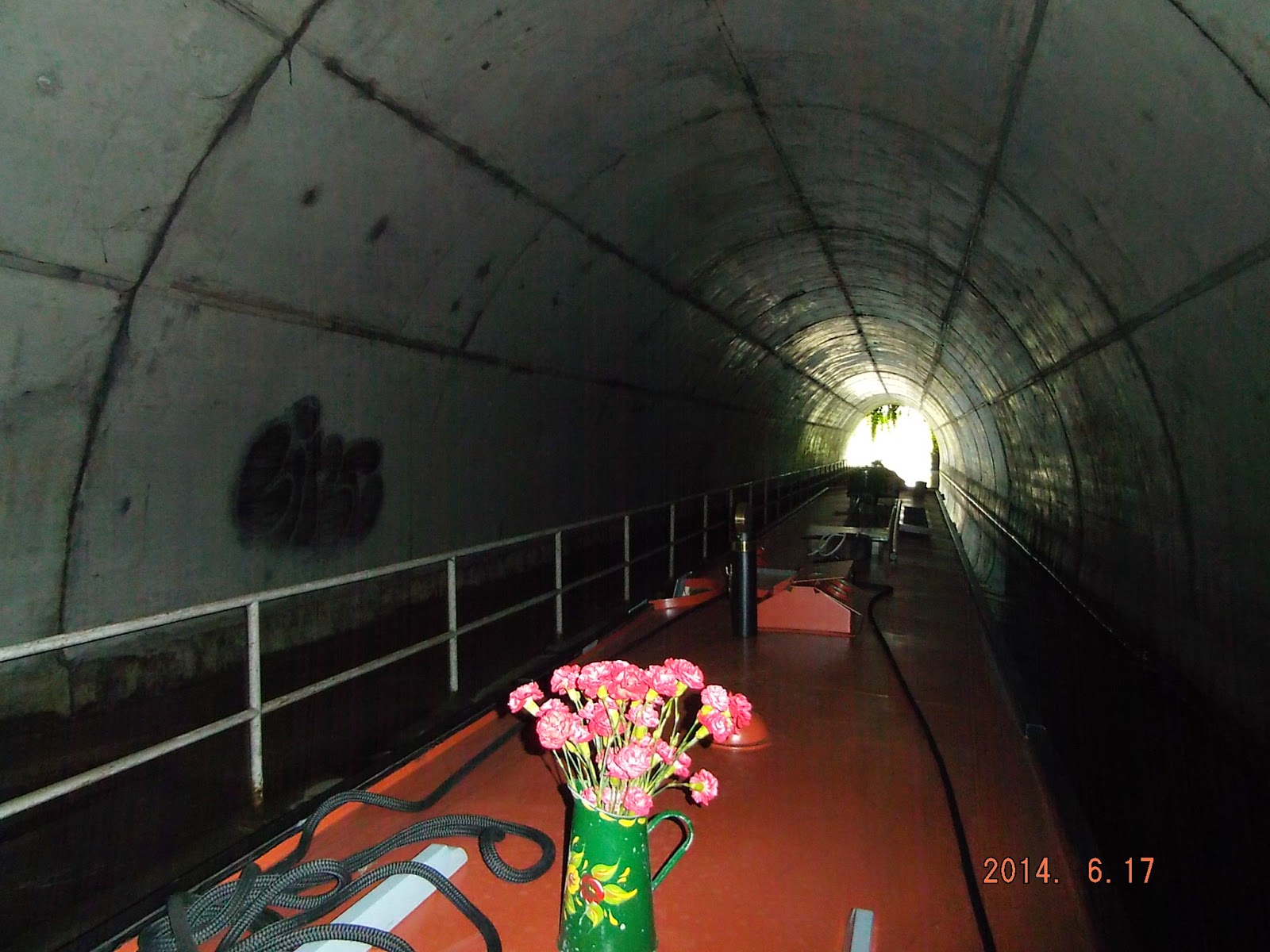 This is Galton Tunnel, now with a concrete inner sleeve 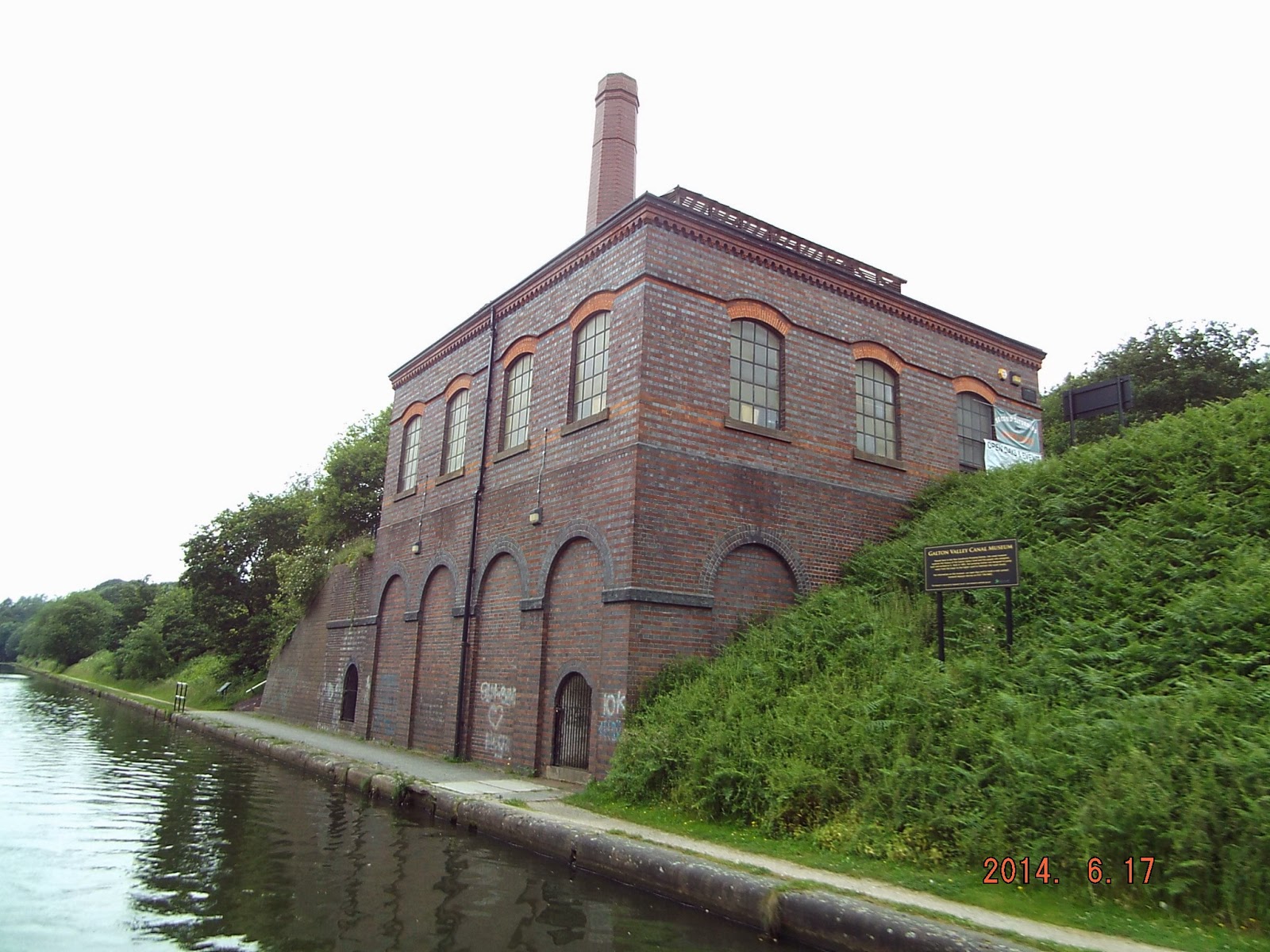 Smethwick Pumping Station - built to raise water to the old, higher canal level. Built in 1892 to replace an older steam engine and house - now with a replica chimney - it used to pump water from the lower Main Line level of 453ft to the Wolverhampton Level at 473ft 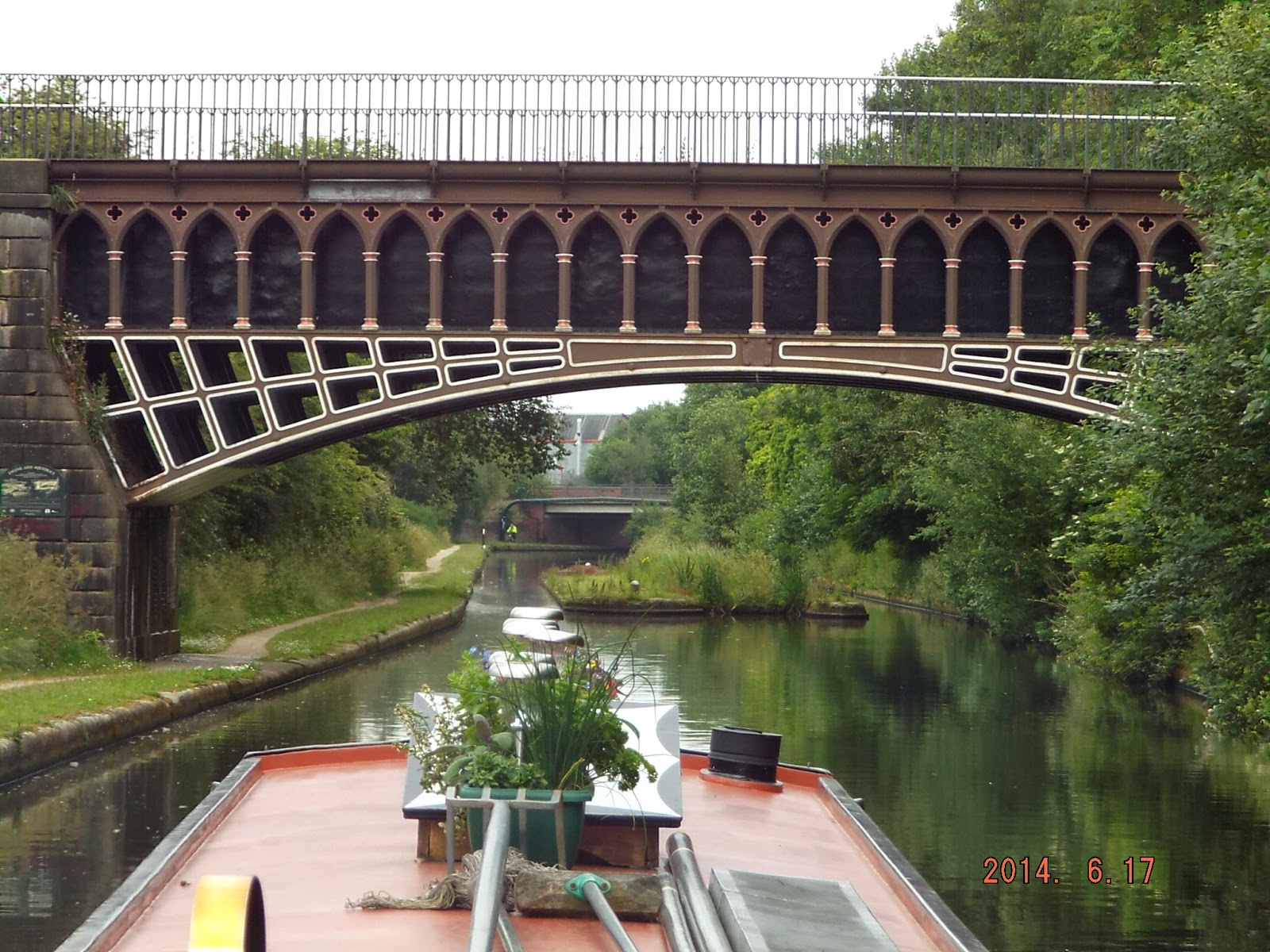 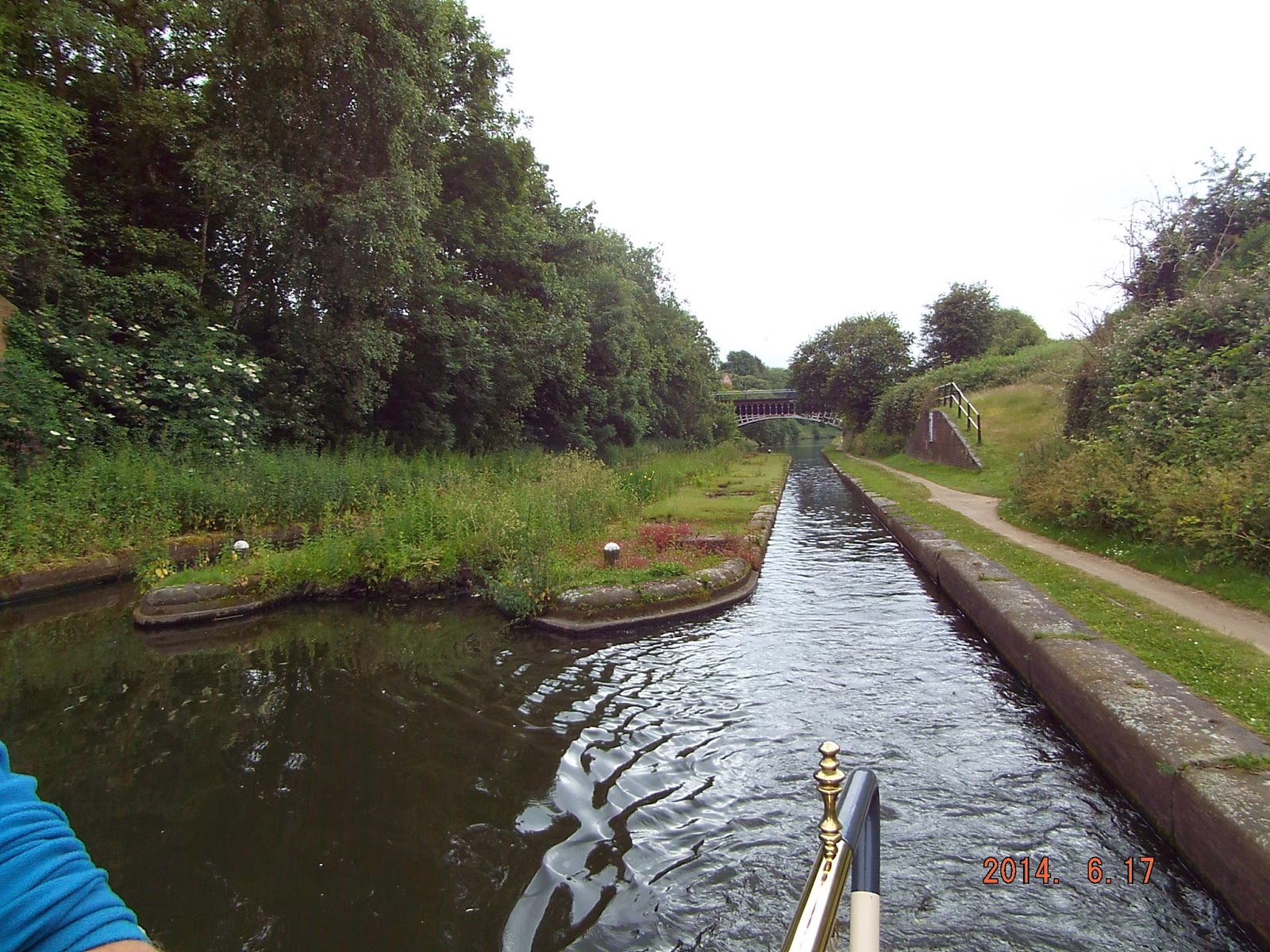 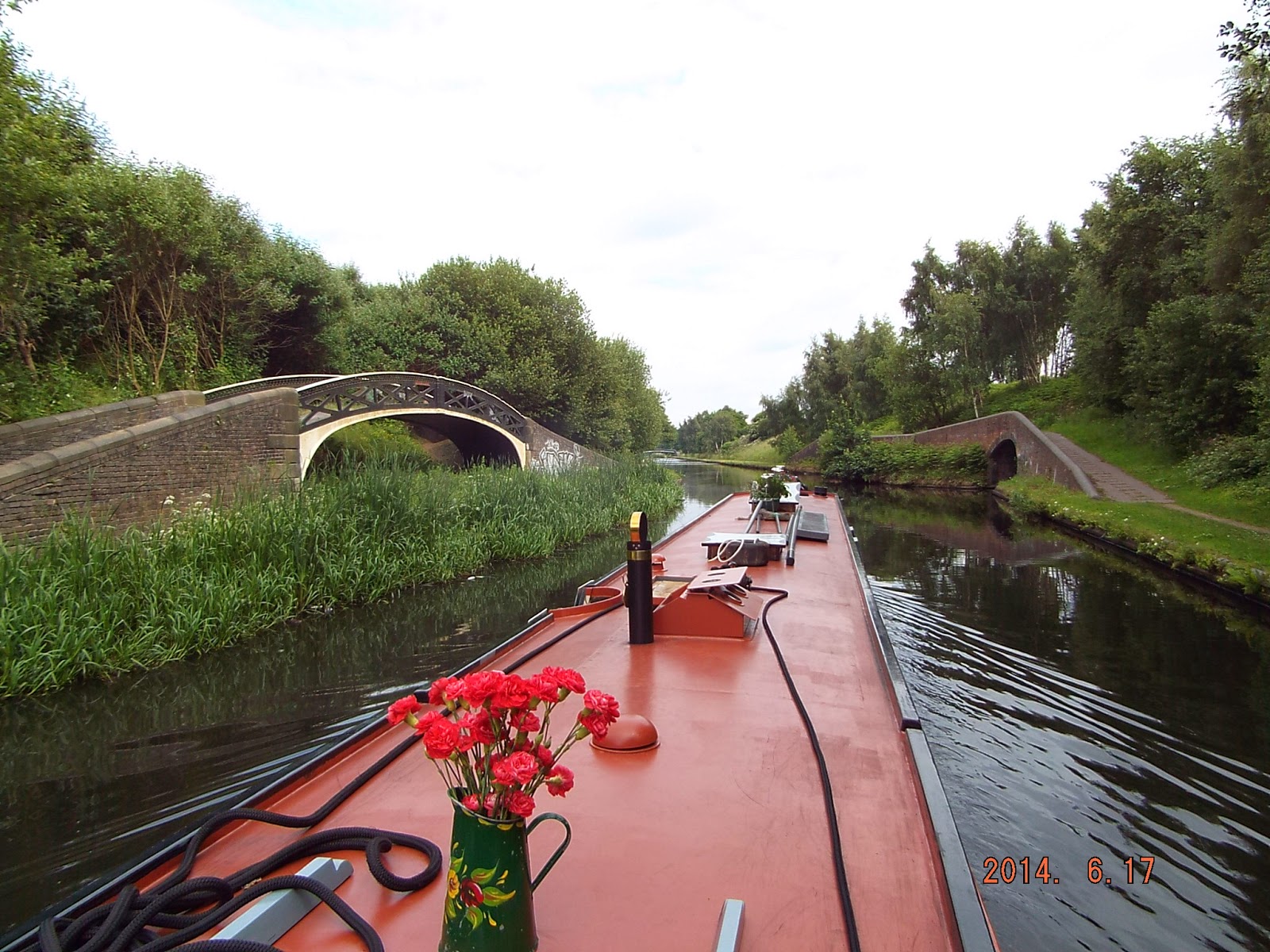 Examples of the many side wharfs, arms and loops that served the local industry 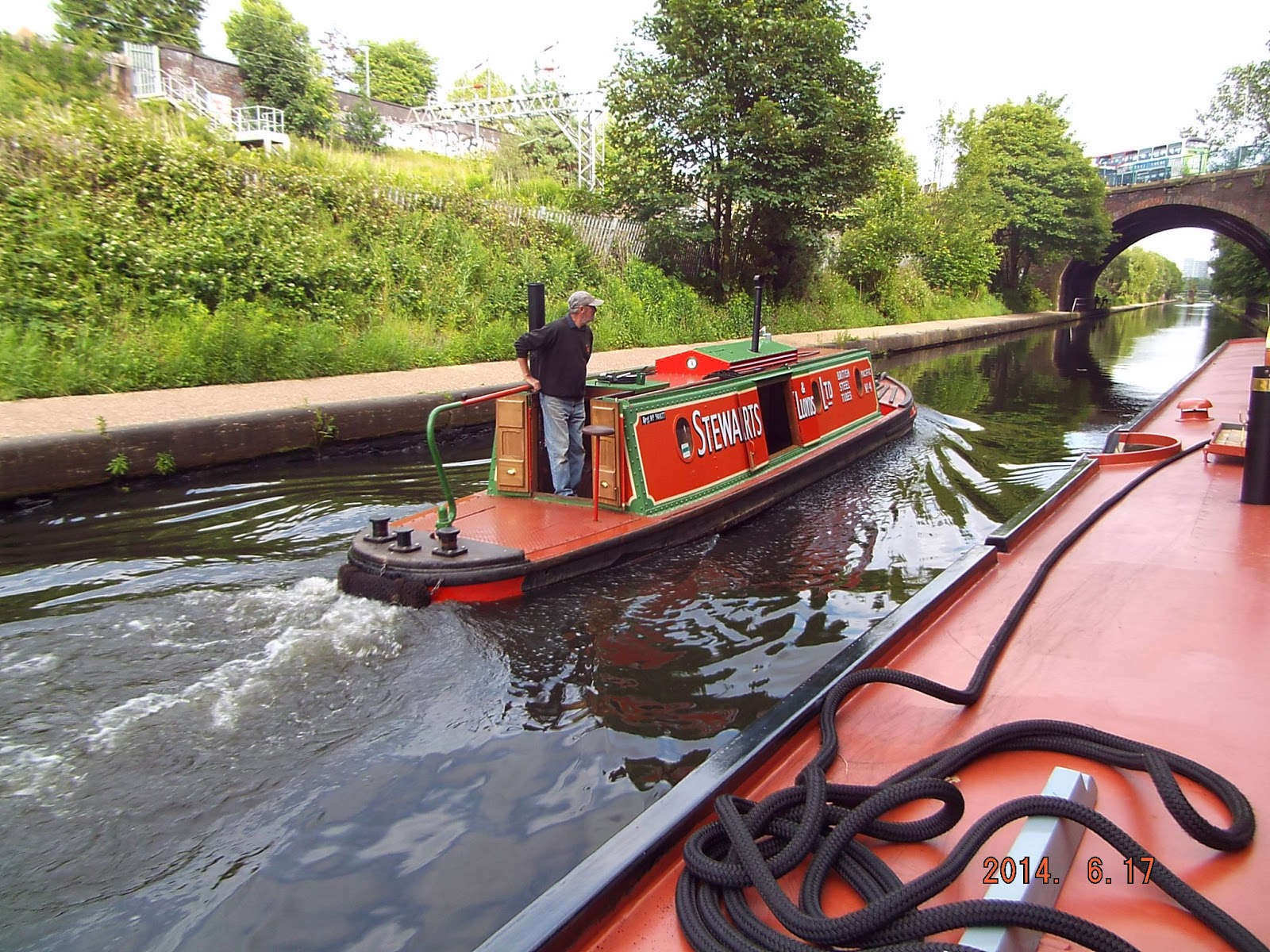 Being overtaken by a man on a mission - the Stewart Lloyd Tug No.4 at full speed?
Funnily enough, we pulled up just behind him at the Sheepcote St. Bridge moorings! 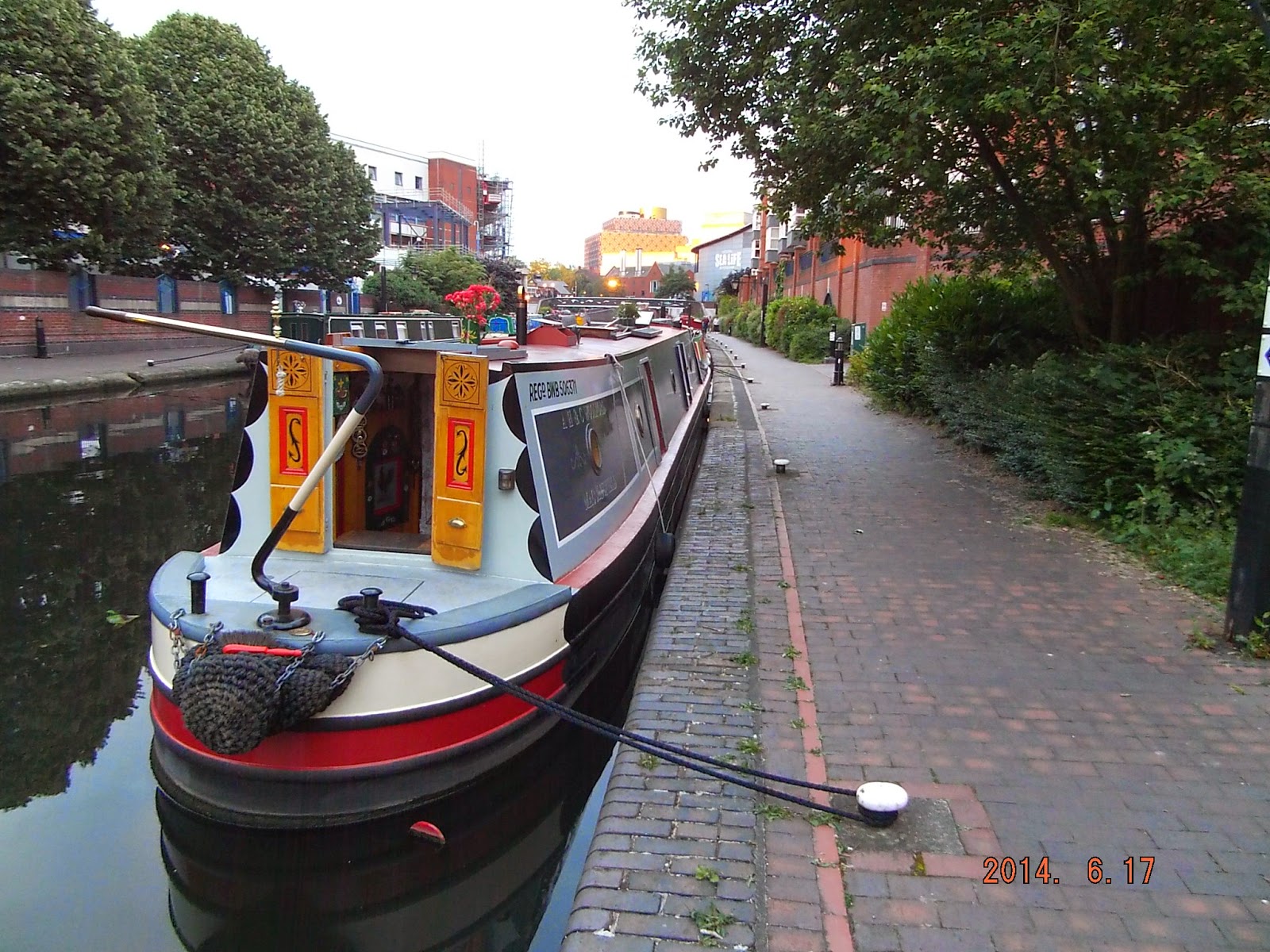