Alarm set, porridge for the captain, flask made!
Ropes were cast off at 7am (an unprecedented early time for us) and we were soon heading northwards up the New Main Line. Depth of water meant we made good time. 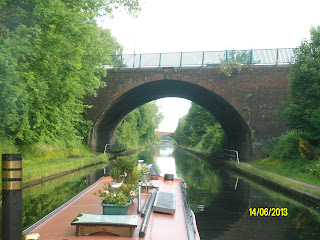 Looking ahead along the dead straight New Main Line 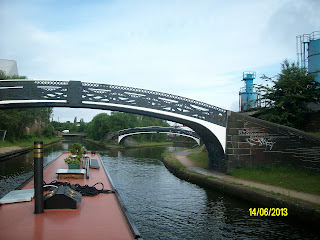 Smethwick Junction – we go straight on 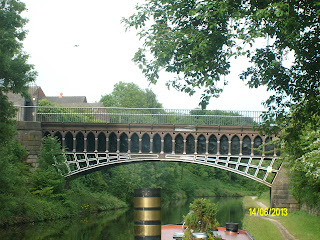 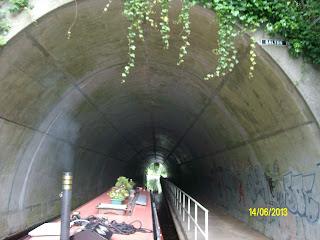 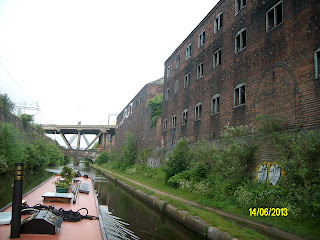 Derelict factories hem in the canal as we approach the M5 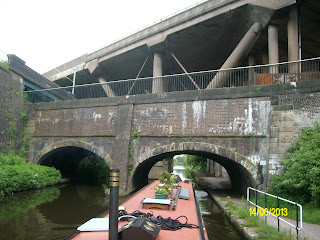 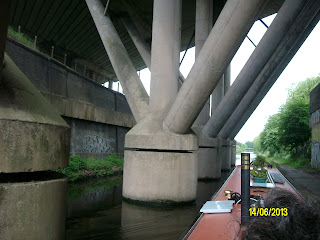 Our first turning was at Pudding Green Junction and to the 8 Ryder Green locks down.


This area of the Birmingham Canal Navigations are described as the 'back waters'. You can see why as they are less cared for than the mainline. A couple of the lock gates and the paddle gearing was coming to the end of it's working life. 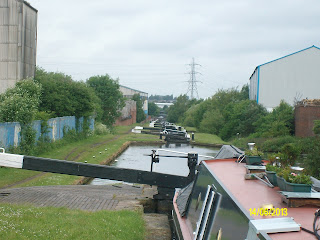 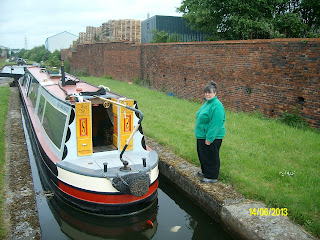 Chris skippers the boat down the locks

We stopped at the bottom for a short walk to a new Asda to get supplies for the weekend before cruising the Walsall Canal northwards. This section was partly built up and partly quite rural. 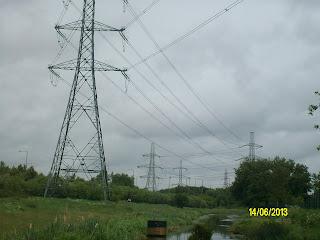 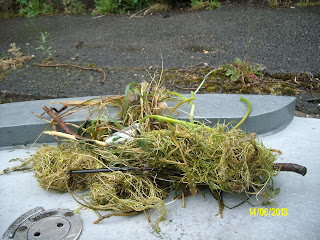 I stopped to clear the propeller of rubbish/weed caught around it! 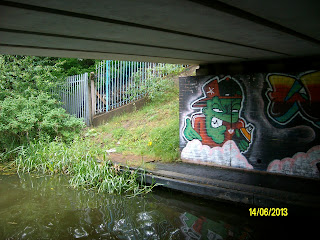 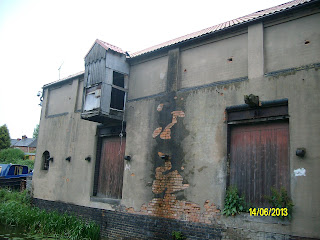 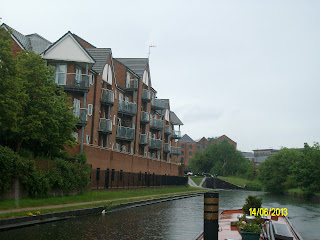 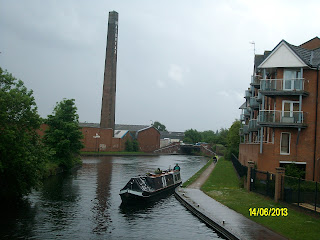 Chris brings the boat into the bottom lock – and yes, it is pouring with rain!


This part of the Walsall Locks have been improved with new buildings and renovations.


As we climbed up to Lock 3, we were stopped and found a Canal Trust man attempting to clear a brick off the bottom cill – using a long weed rake (keb). After many attempts it seemed to work and the bottom gate could tightly close – not before the water in the pounds above had drained away! It was unclear why this had happened!?


After a further wait to fill the pounds ups, we were on our way again. 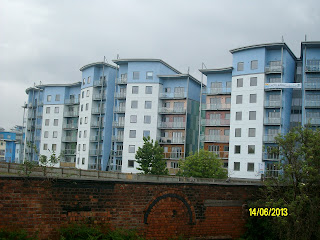 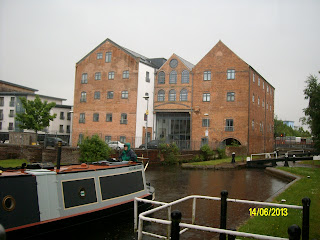 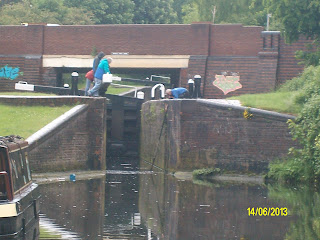 Searching for the obstruction 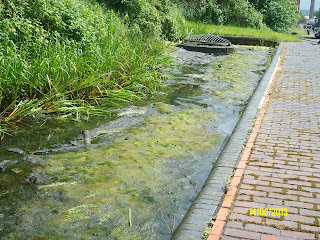 
We joined the (in)famous 'curly' Wyrley at Birchills Junction – the Wyrley and Essington Canal was built in 1792 by William Pitt, with the section we cruised opened 2 years later.
Mainly serving the extensive coal mining, though also quarries and foundries. 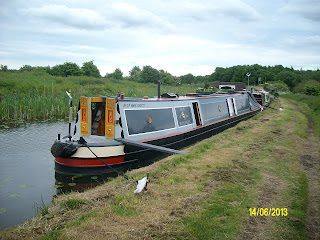 Moored at Pelsall Works Bridge – the last boat to arrive! 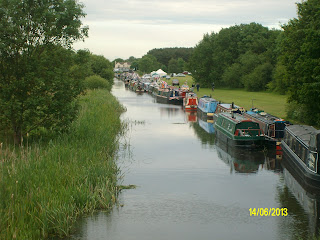 Looking from the bridge to the Festival Site


It had been a long day – 7am start; 10 hours of engine running with a couple of hold ups.
We had covered 18 miles and done 16 locks.
And we were tired!