What a lovely day! With an open, sunny sky we cruised the short hop to Norbury Junction.
Getting here early enough for a reasonable mooring beyond the Wharf.


This section of the Shropshire Union Canal passes through another deep cutting, known as Grub Street Cutting. Here a bridge has the curious additional arch with the most photographed telegraph pole on the cut?! 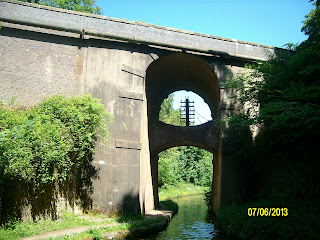 Although we have cruised here a number of times before (the last being 2011), we have never done it from a northerly direction.


As a piece of history, when moored here in 2005, on a Four Counties circuit from Macclesfield, we spotted the nb Coronation. 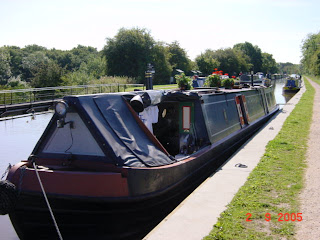 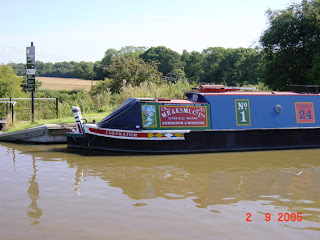 
We bought our boat through Andy Burnett in 2003. Geoff Dennison, the previous owner had died in the Autumn. Geoff was a well-known folk singer (with Benny) in the Braunston/Ansty area and had previously owned the Coronation – which was reputedly in a poor state. The photo shows it in 2005?


As we arrived early at Norbury on a Friday, there was still plenty of space. It soon filled up though for a sunny and busy weekend.
I got more of the jobs done on the list (and found yet more needing doing!).


One job was to replace the temporary lorry sheet over the badly leaking front cratch board.


This was done with a piece of black cratch sheeting – I found it hard to get all the creases out. It is still a temporary repair until next spring when I can get to grips with a new cratch board! 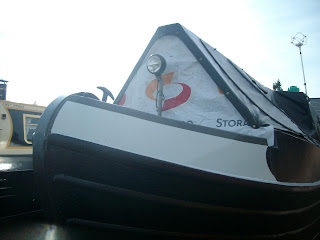 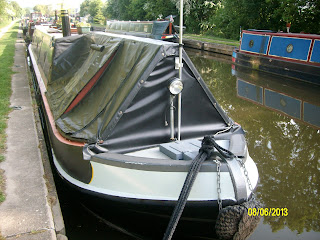 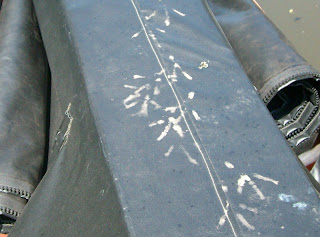 Whilst on the bow, I noticed these? Now where is that Donald!
Posted by Unknown at 01:33