The cutting of the canal in c.1794 had opened up this area for industrialisation, with entrepreneurs and landowners quickly exploiting the mineral wealth.


Pelsall had become a mining village; in places deposits of coal were found only a few yards from the surface and c.1800 the shallow and deep seams were 'much worked'. Nailmaking, traditionally a cottage industry, was also carried out locally; in the census of 1841 thirty men gave this as their occupation.


An ironworks was established on the North Common which grew into a sizeable concern under the ownership of Messrs. Davis and Bloomer. This, together with Yorks Foundry and that of Ernest Wilkes and Co. at Mouse Hill, gave Pelsall a share of the heavy iron trade during the 19th century. Ernest Wilkes and Co. survived until 1977, but the others ceased trading in the 1890s and the pits became unworkable, mainly due to continual flooding problems. 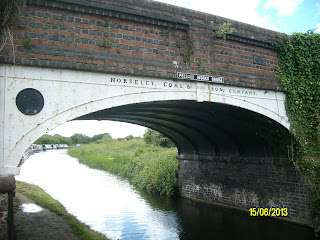 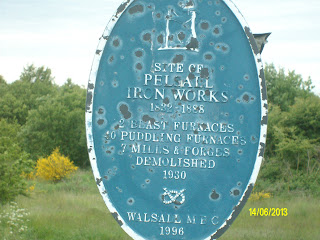 
After looking around the Festival site – mainly at the working boats, a few stalls and the traditional cup of tea, it became cold so we came back to our boat.


I had a run over the North Pelsall Common and saw some minimal evidence of industry. It was my first run for sometime and I jogged along OK, so am pleased.