We had an early start (for us!) and were on our way by 8am – through the stop lock at Autherley Junction and onto the short section of the Staffordshire and Worcestershire Canal. 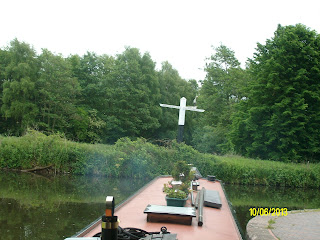 Making the turn with a heron watching closely 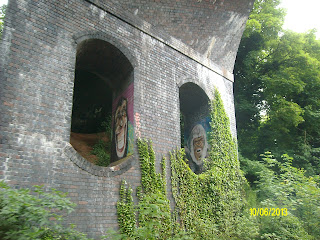 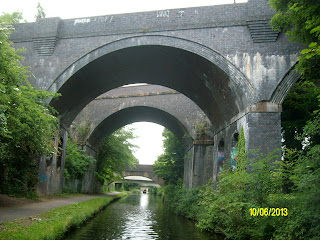 
We then turned south at the Aldersley Junction, to rise the 132 feet up the Wolverhampton 21 locks – that makes each lock about 6ft plus deep.

Completed in 1772 with 20 locks (one added later) it starts in a rural area and then travels through some industry before emerging in the town. 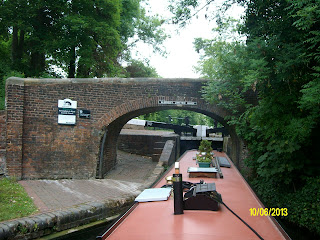 Start of the locks 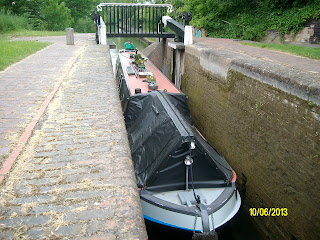 Chris bringing the boat into the next lock 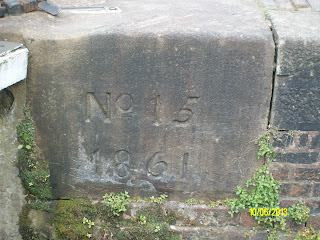 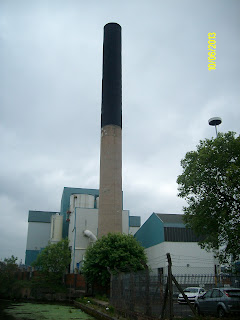 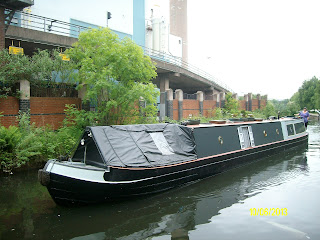 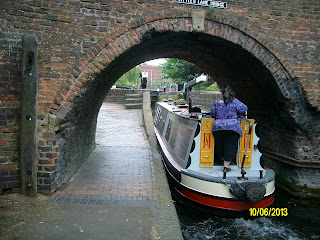 Entering a lock – typical of this old lock flight


The next length we cruised again dates from 1772 and was built by the granddad of canal engineers, the famous James Brindley. His concept was to follow the contours of the land to minimise locks. This has the effect of a meandering course – now through derelict industrial wasteland. In places there is new re-generation and the spoil heaps of collieries and furnaces have greened over. The canal is an industrial archeologist's heaven! 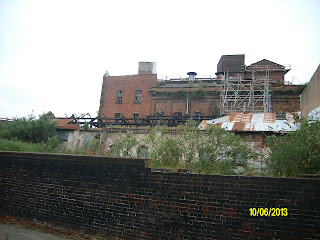 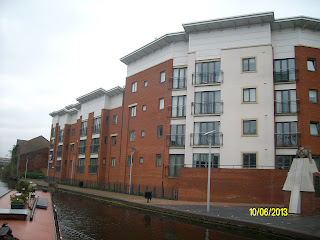 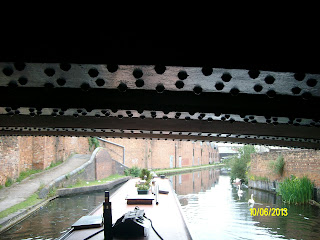 At Deepfields Junction, the old contour canal was by-passed through the design of Thomas Telford. He engineered the direct Birmingham Mainline, using cuttings, tunnels and some locks to straighten the route and the time taken to get to Birmingham.

Completed in 1838, it represents a creative solution to the increased industrial trade of the area. 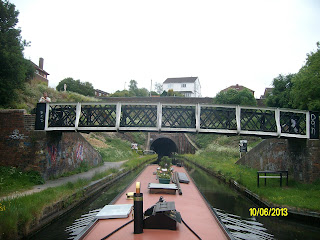 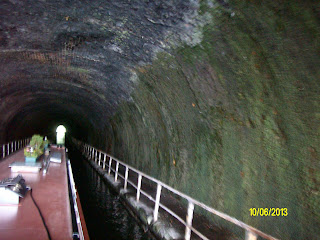 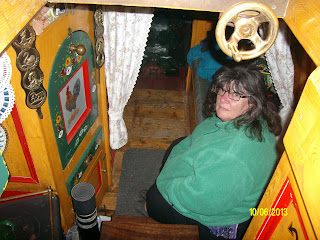 This last winter has seen exceptionally wet weather with land slips/erosion much in evidence. 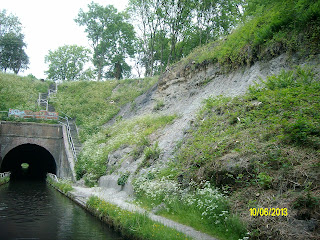 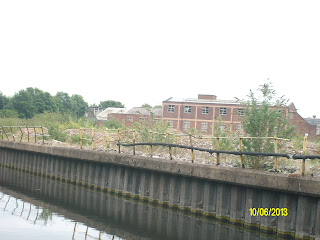 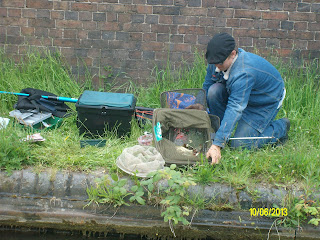 A successful fisherman proudly shows his catch of perch


At Factory Junction, we turned to regain the Old Main Line, through Tipton. 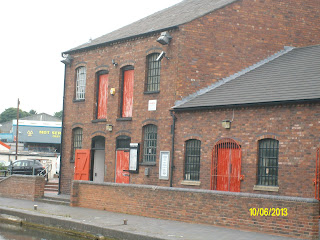 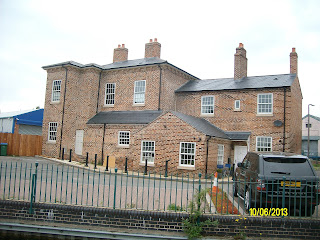 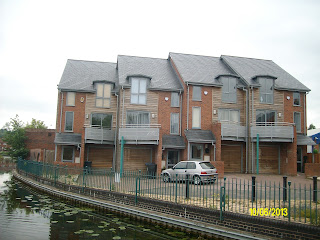 Next to a new build


We came to the junction turning for our overnight stop at Tipton Junction – we are heading for the Dudley Tunnel. 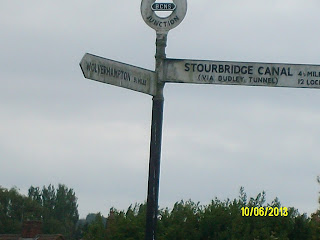